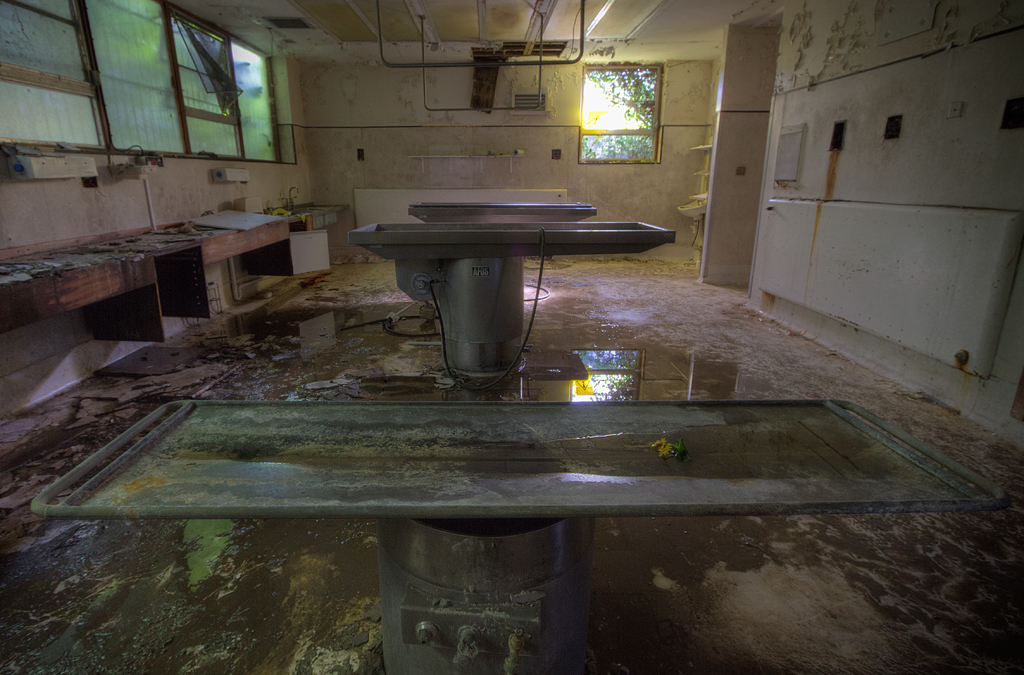 After my climb of Kings Reach Tower, and my visit to CMH being cut short by the Ghurka security my energy was starting to wane.

Nevertheless I was determined to give this location another go, having failed during a previous visit in August 2013, and was rewarded with gaining access this time!

A very brief history
St. Peter’s Hospital was initially built to house the casualties of the Second World War. The mortuary was built in the 1940s, but after much redevelopment it was decided that the site was too small to cope with the increase of bodies. So, in April 2009 the mortuary closed and moved to the new building which is now central to the main hospital.

The mortuary is in a sorry state these days, but I was still happy to have seen the place as I suspect it’ll be demolished before too much longer.

I visited with Laura Cautious Jane, Chris Rand, and Marlon Bones – thanks again for the great company guys, and hope to catch up for some more explorage soon! 🙂

The three autopsy plinths – one of the slabs has gone walkabout!

Thanks for stopping by, and please sign up to follow this blog if you haven’t done so already.