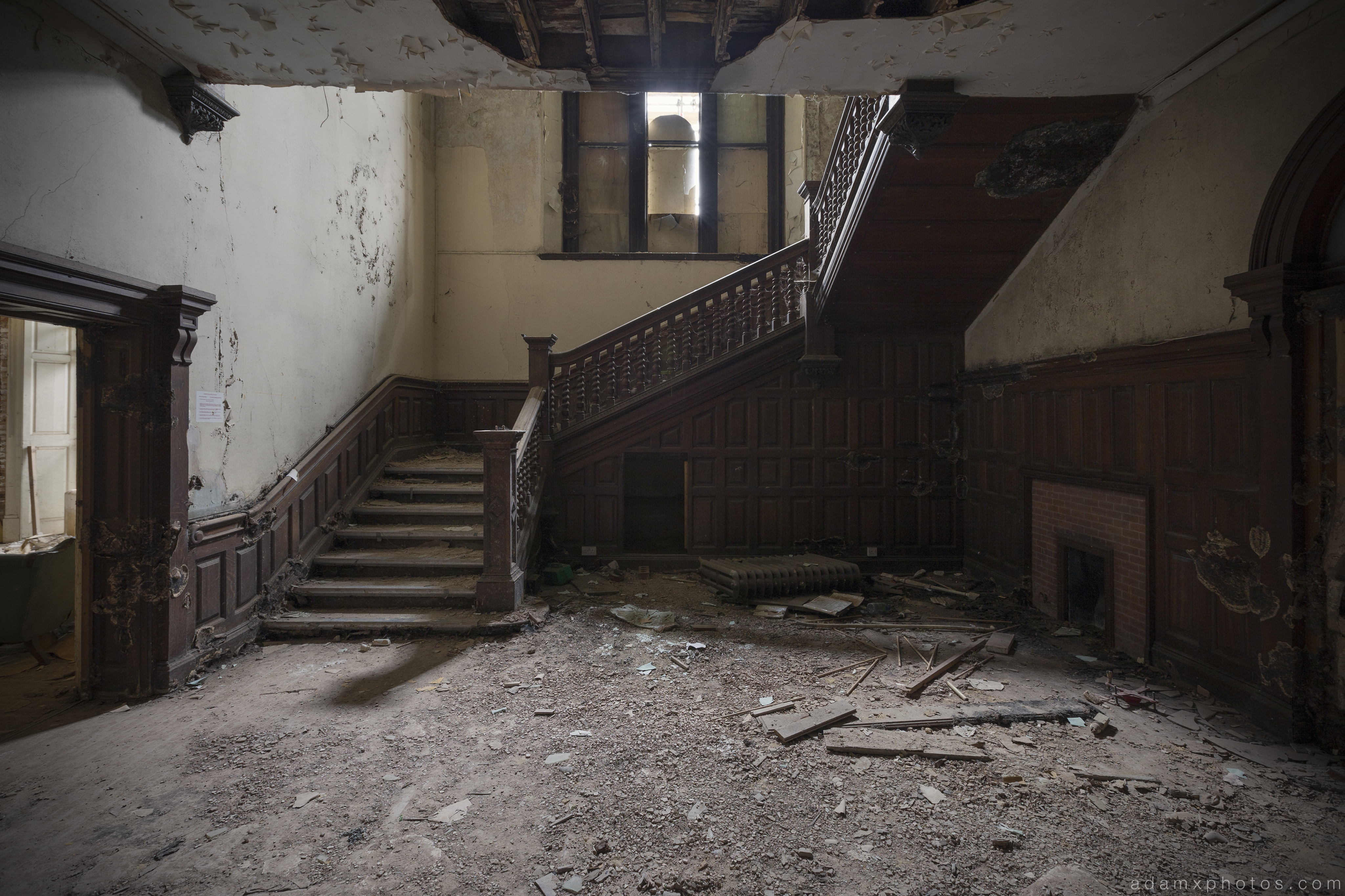 Just before the end of the year James and I made a quick dash down towards the South coast for a couple more explores… first up was this crumbling old Manor House, which once formed part of a Mental Asylum…

History
The Manor House at Leybourne Grange dates back to before 1724, when it was sold to Francis Whitworth. In the mid/late 1700s the property was sold on to the Hawley family, in whose ownership the land remained until it was eventually sold in the 1920s.

A hospital for up to 1200 ‘mentally defective’ patients was subsequently built on the site by Kent County Council, opening in 1936. The existing manor house was used as an Administration building.

Following the growth of ‘Care in the Community’ reforms to the treatment of mental health issues, Leybourne Grange finally closed in 1996. The site then lay empty and derelict for a number of years, before most of the site was demolished and redeveloped by Taylor Wimpey into new housing.

Now only the old clocktower and Manor house still remain in a state of parlous decay, and long-mooted plans to convert the Manor into 21 apartments have still not progressed.

Our Explore
This was a brief but enjoyable explore – although to be honest the place is so far gone now that the only bit of particular interest was the remains of the once-grand wooden staircase. Thanks to our friend Mooch for info on this one!;) 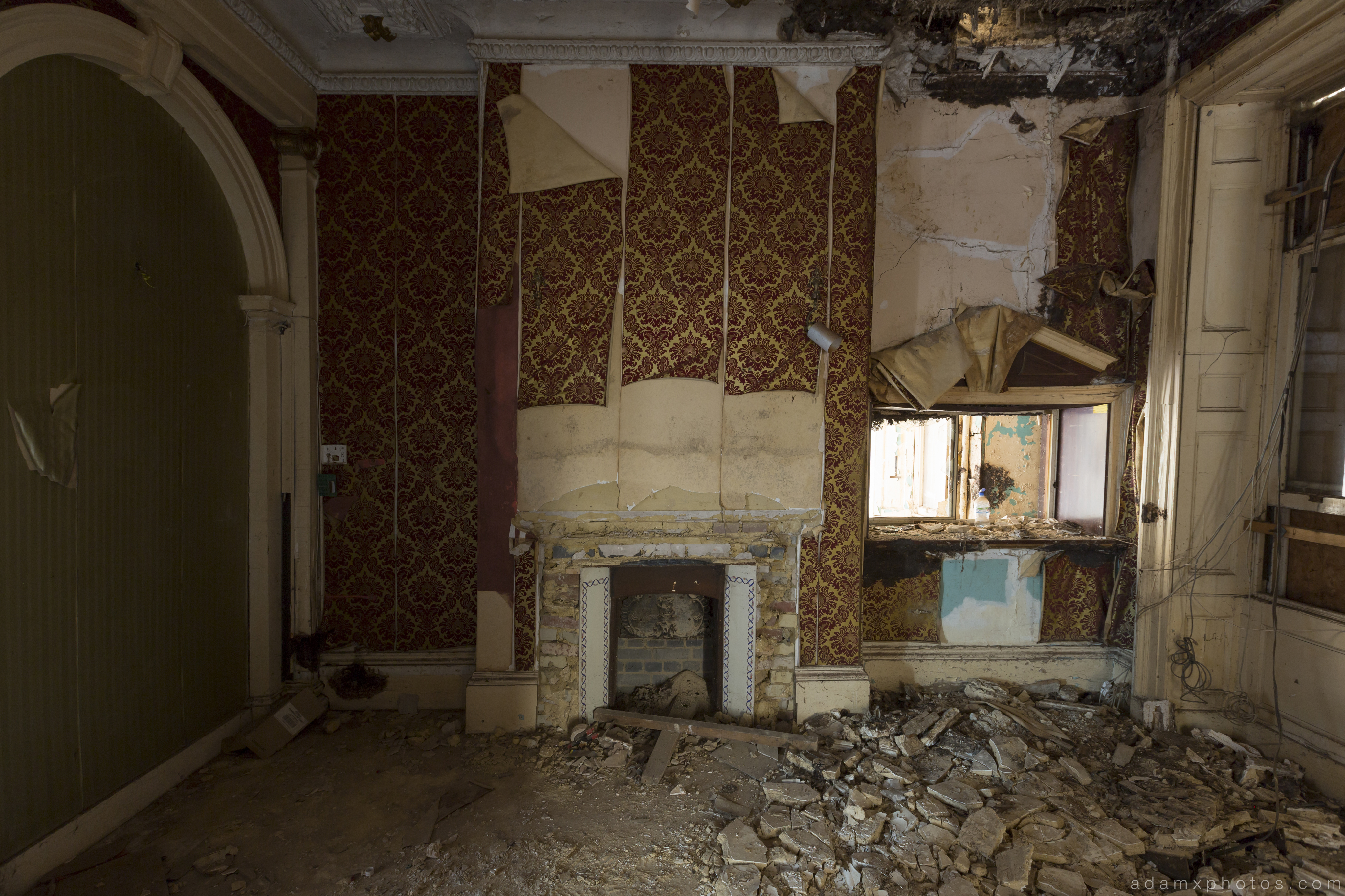 The rest of the interior was long-since smashed to smithereens… 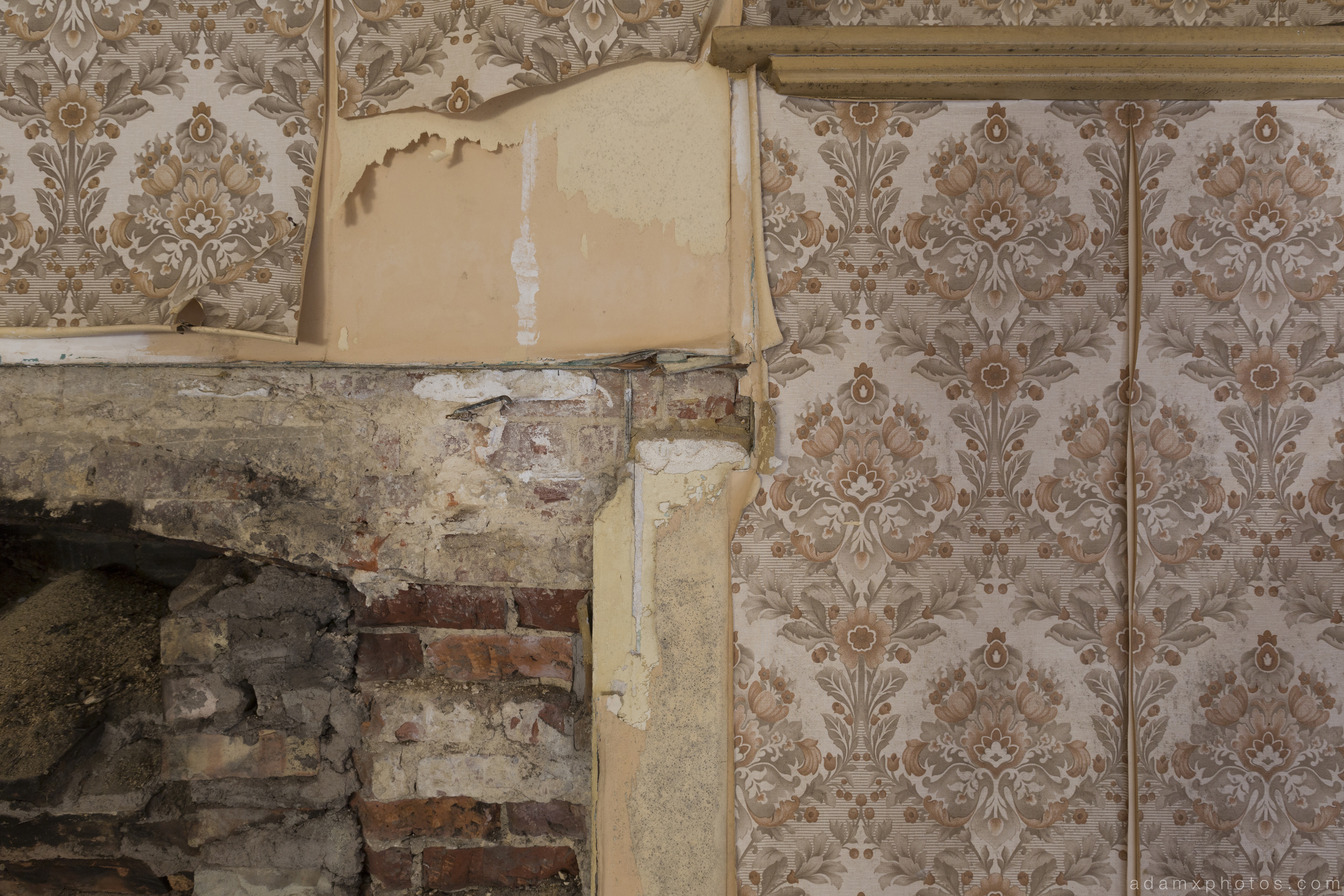 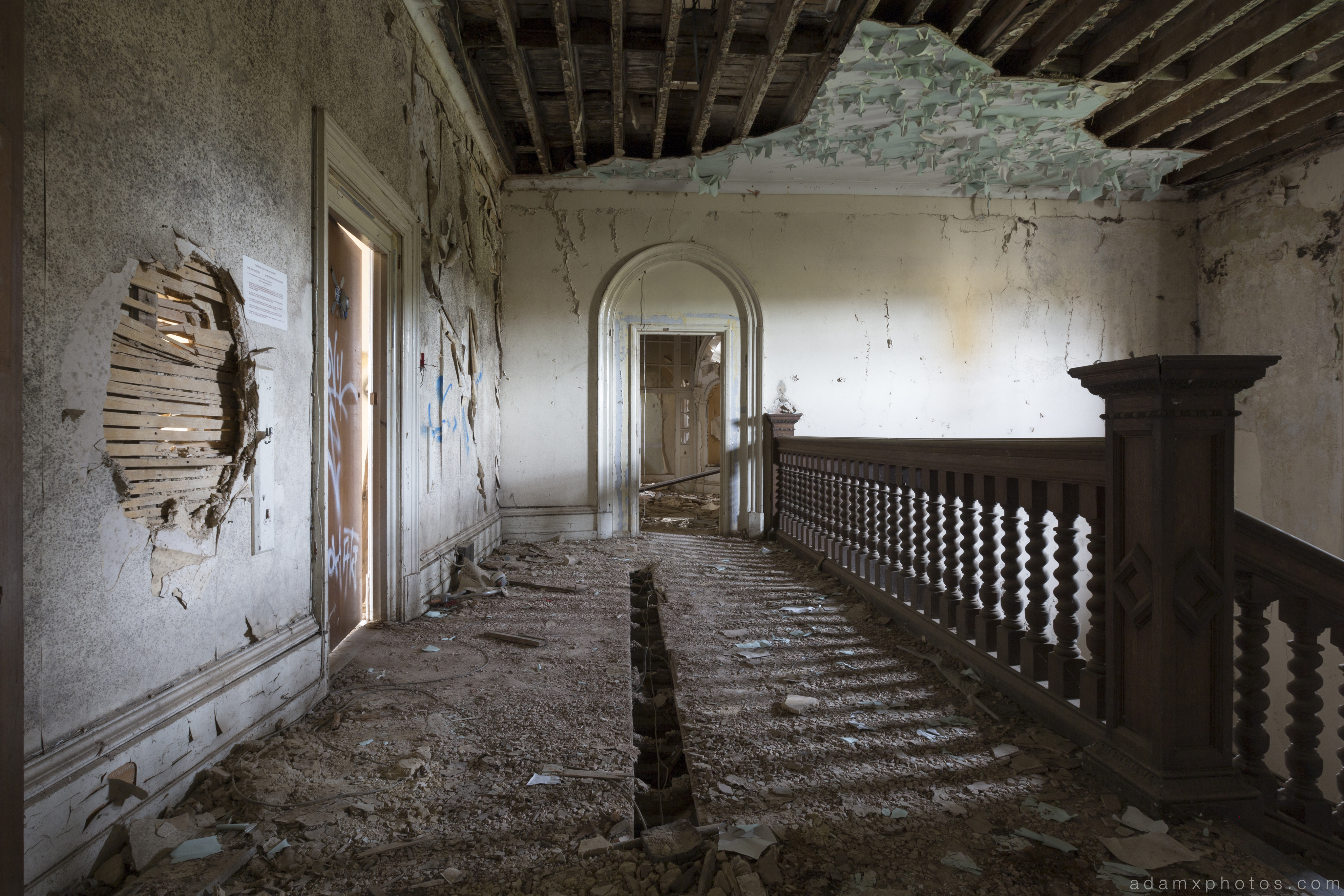 The landing at the top of the staircase. 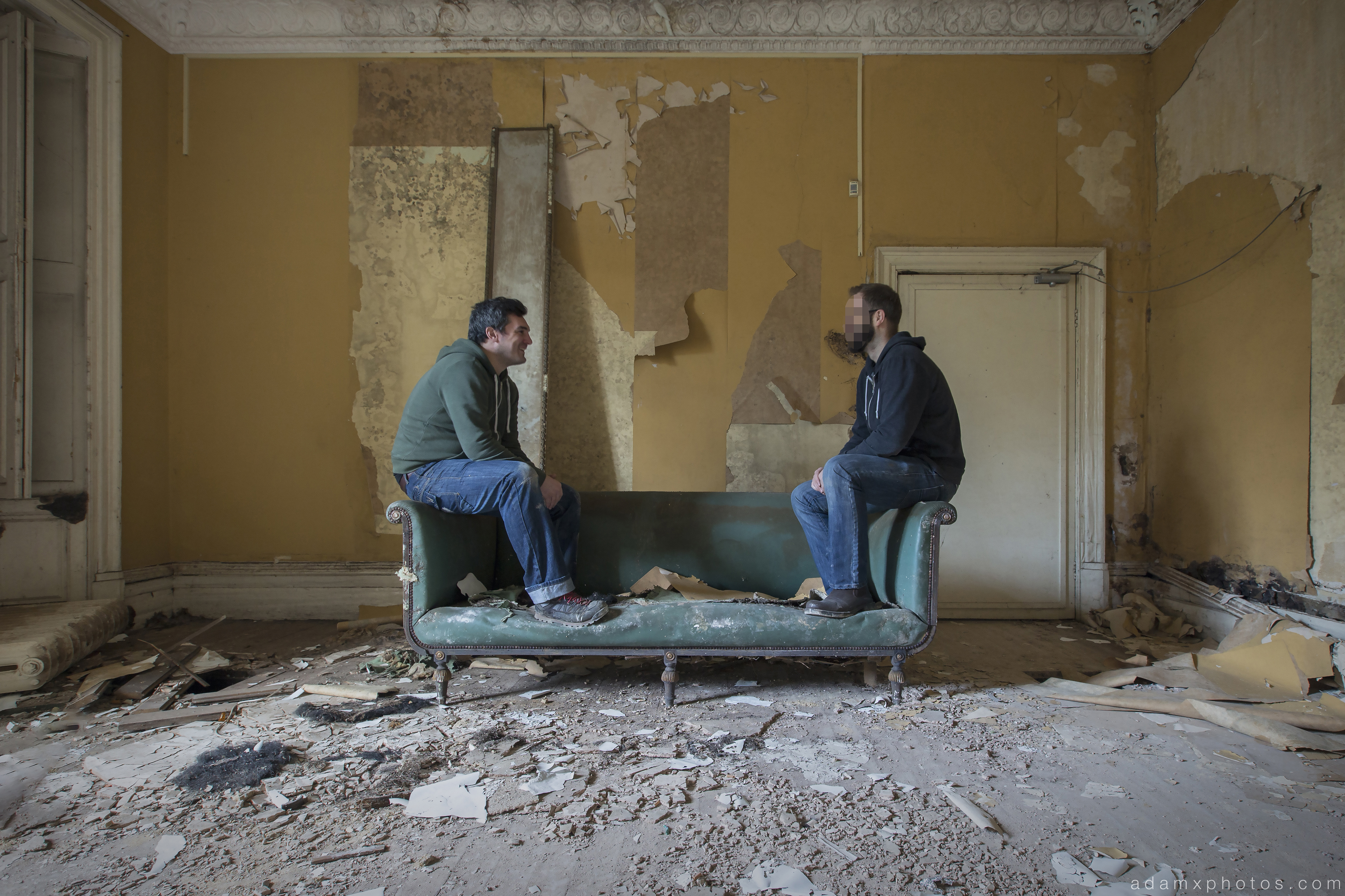 …and then it was time to head back out, grabbing this shot of the courtyard and clocktower from the external scaffolding on the way.