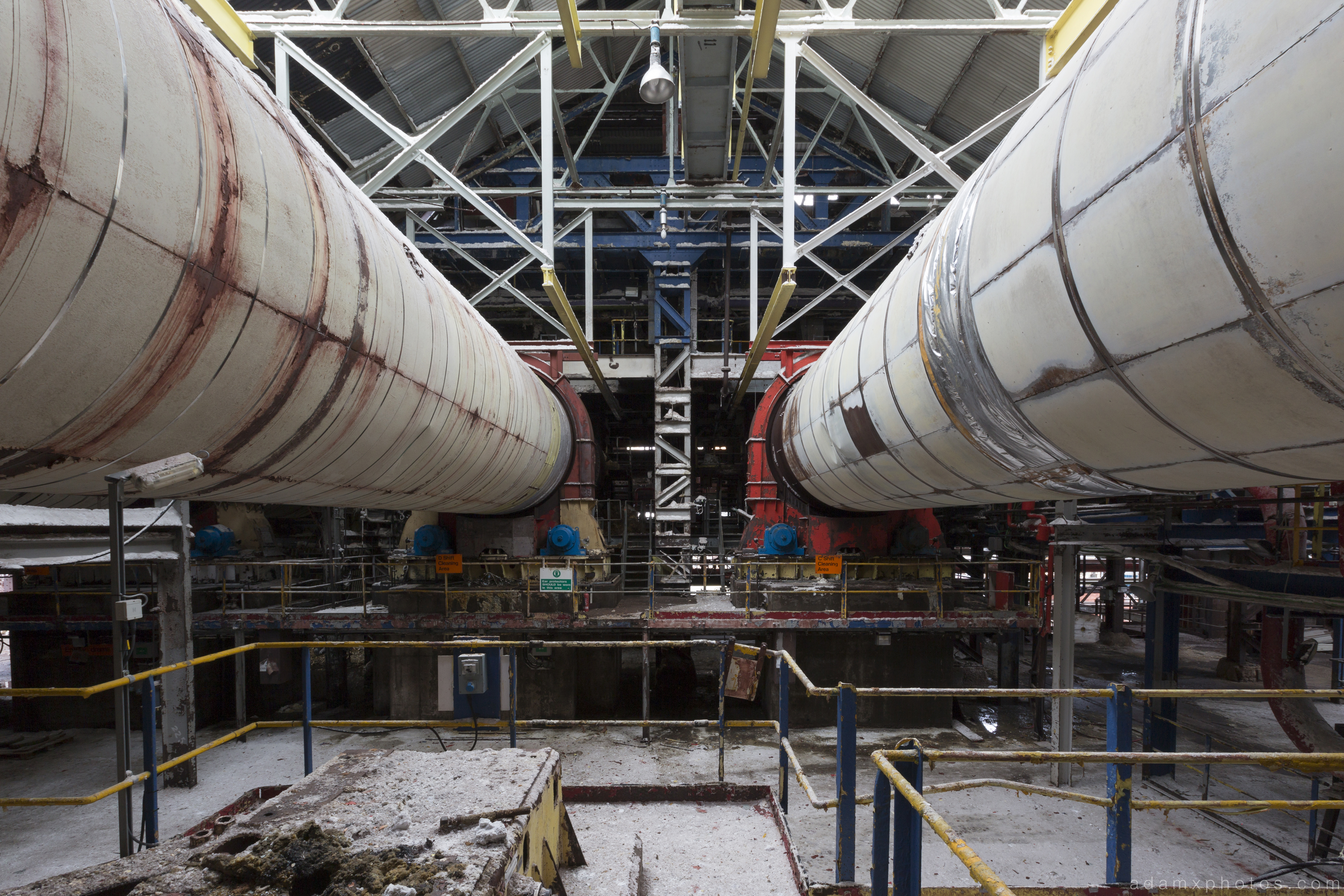 Having explored ‘The Snow Factory’ disused soda ash works earlier in the year, this was a welcome return to explore more of the the huge Tata Chemicals site.

In 1991 the works were hived off to a separate company as part of wider cost cutting and business rationalisations, and were eventually bought by Tata Chemicals in 2006. Soda ash production finally ceased in 2014, but the Head Office and sodium bicarbonate plant still remain in operation on the site.

Our Explore
Whilst this was a great end to the day, unfortunately the poor weather and time of year meant that it got dark really early, and it was already dusk before we even managed to carefully pick our way on site, avoiding the parts which are still in active use.

Below are a handful of the shots I did manage to grab, but I know from other reports that there’s still plenty more to see if I get the chance for a further visit at some point in the future.

Still, it felt quite apposite being in a ‘snow’ (soda ash) factory at Christmas time!

As always, please click on a photo to VIEW LARGE

This is part of one of the heavy ash mixers – used to mix the sodium carbonate.

Looking down from a gantry into the main hall which houses the longer mixers.

Up close to the huge mixers – pipetastic!

Deep in the darkest grimiest part of the plant…

The orange in the next few shots is the deep glow from the last of the setting winter sun.

No filters used in these shots – that’s how deep orange the glow of the sun was! (Best to click on this shot to view large).

…it was time to go, but I quickly painted this control panel with torchlight…

…and grabbed one last shot before we tried to pick our way out in the dark without:
(a) using too much torchlight to give our presence away; or
(b) breaking our necks.

Happily we made it out without incident, and said our goodbyes as we headed back to our families and the Xmas leftovers…

Thanks for turning up.
Adam X