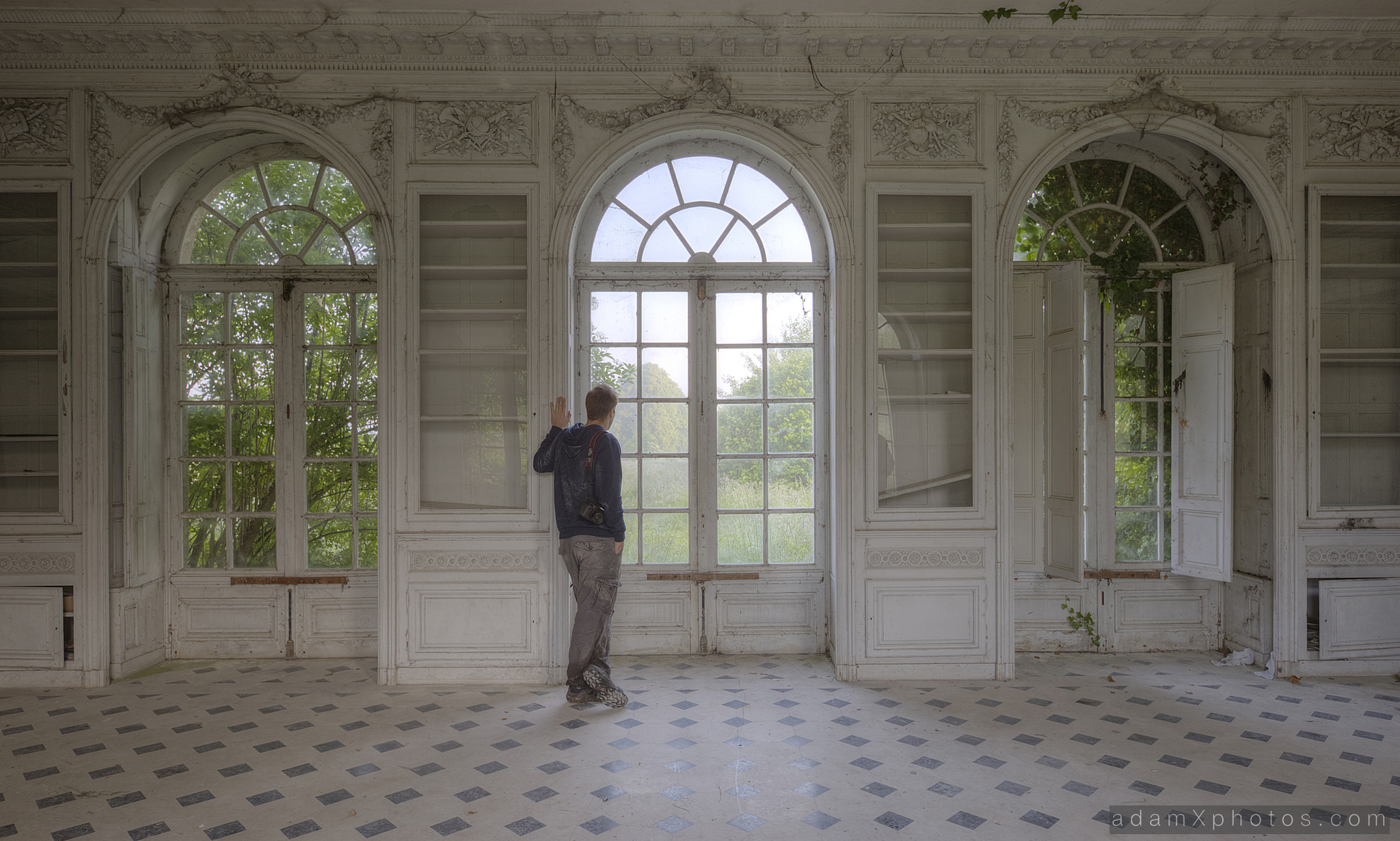 After the fun and japes of my first European urbexing weekender (the 3 Eurovirgins and a Europro tour) I was gagging to get out there and see some more amazing locations across La Manche. Unfortunately Rebecca couldn’t join us this time, but we were chuffed that the eponymous Dan of Mr Dan Explores (with whom I’d previously explored Kings Reach Tower and Millennium Mills) was able to join us instead. Dan proved himself a most excellent addition to the team, and hardly kneed me in the back at all, despite being sat behind me and thus having virtually no legroom whatsoever for km after km of European highway!

This European weekender was perhaps even more ambitious than the first, taking in locations across Northern and far-Eastern France (hence the ridiculous tour name), before looping up into Belgium and then back to Calais for the ferry home. By the end of our 3 days of exploring I had driven 1,460 miles, and we had succeeded with 10 out of 12 locations attempted, all on about 10 hours sleep during the 88-hour period between Friday morning and the following Monday evening… and by the following weekend I would gladly have done it all again!

Darren of Desolate Nation, Richie of Richard Gowen Photography and I assembled after work on the Friday evening, and made the drive down to Dover, picking up Dan en route.

We docked in Calais at 1.45am, and the others dozed as our trusty Australian sat nav Bruce guided me through the French night towards our first location. After a quick pre-dawn pit stop for some coffee from the thermos we arrived at our first target just as first light was creeping into the sky at about 4.15am. Unfortunately our very first target of the weekend turned out to be a fail, with the location freshly sealed. Despite repeated sweeps we were unable to find a way in, so had to admit defeat. It’s always gutting when you fail on any location, but particularly so when it’s a long way from home and it’s the first explore of the weekend. I was hoping that it wasn’t going to set a bad precedent for the rest of the weekend, but happily this turned out to be one of only two fails on a weekend otherwise full of win. 🙂

Thankfully target number two on our itinerary was only a relatively short drive away. By now the sun was beginning to rise, slowly burning through the thick early-morning fog which covered the fields, and bringing with it a beautiful crimson sky. It was a scene picturesque enough to warrant stopping and photographing… but we didn’t have time for that – our minds were already focussed on the next location: the stunning Chateau des Singes.

History (borrowed with kind permission from Desolate Nation’s report)
This 17th Century chateau was owned by a man called Ernest, who fell on hard times but with pride as big as his house refused to leave, and lived in one part of the house strewn with old heating oil drums and newspapers. Ernest was often visited by the town Mayor who couldn’t stand seeing this once magnificent building fall into disrepair and offered many times to help, but he refused all such assistance. On one occasion he set fire to the Chateau and when the firemen turned up Ernest again rebuked all help, and threatened to shoot them all if they didn’t leave, so they retreated. Fortunately the fire didn’t spread and much off the Chateau remains.

Ernest was eventually forced into a retirement home where he still lives. The town mayor has been in contact with his daughter, as there is someone who wants to purchase the Chateau and return it to its former glory, but Ernest’s daughter has so far shown little interest in selling – helped possibly by Ernest’s love for the place, or perhaps by France’s complex inheritance laws – one reason why there are so many of these wonderful places left to ruin.

Our Explore
A group of fellow explorers who had visited the previous weekend had their explore abruptly cut short when a group of 30 models, stylists, journalists and photographers unexpectedly descended on the chateau, apparently for a shoot for a French fashion magazine, resulting in the police turning up!

Happily our explore was a much quieter and relaxed affair, and we had the place to ourselves for a couple of hours before hunger and the need to press on to our next location finally intervened. One word of warning though – this place may or may not be haunted by a mysterious gallic spectre with a penchant for British passports.. we were just about to leave when Richie realised that his passport was no longer in his back pocket (yeah, I know, a totes sensible place to keep it). Luckily after retracing his steps he found it on the pathway leading from the Chateau… it was only when we got back to the UK that we discovered that a member of the group that visited the week before had also lost their passport! Eerie…

[As always click on a photo to view large] As always, thanks for looking – if you haven’t already done so then sign up to follow this blog to receive notification as soon as a new report is posted. Reports from the other 9 locations we explored on this trip are coming very soon!