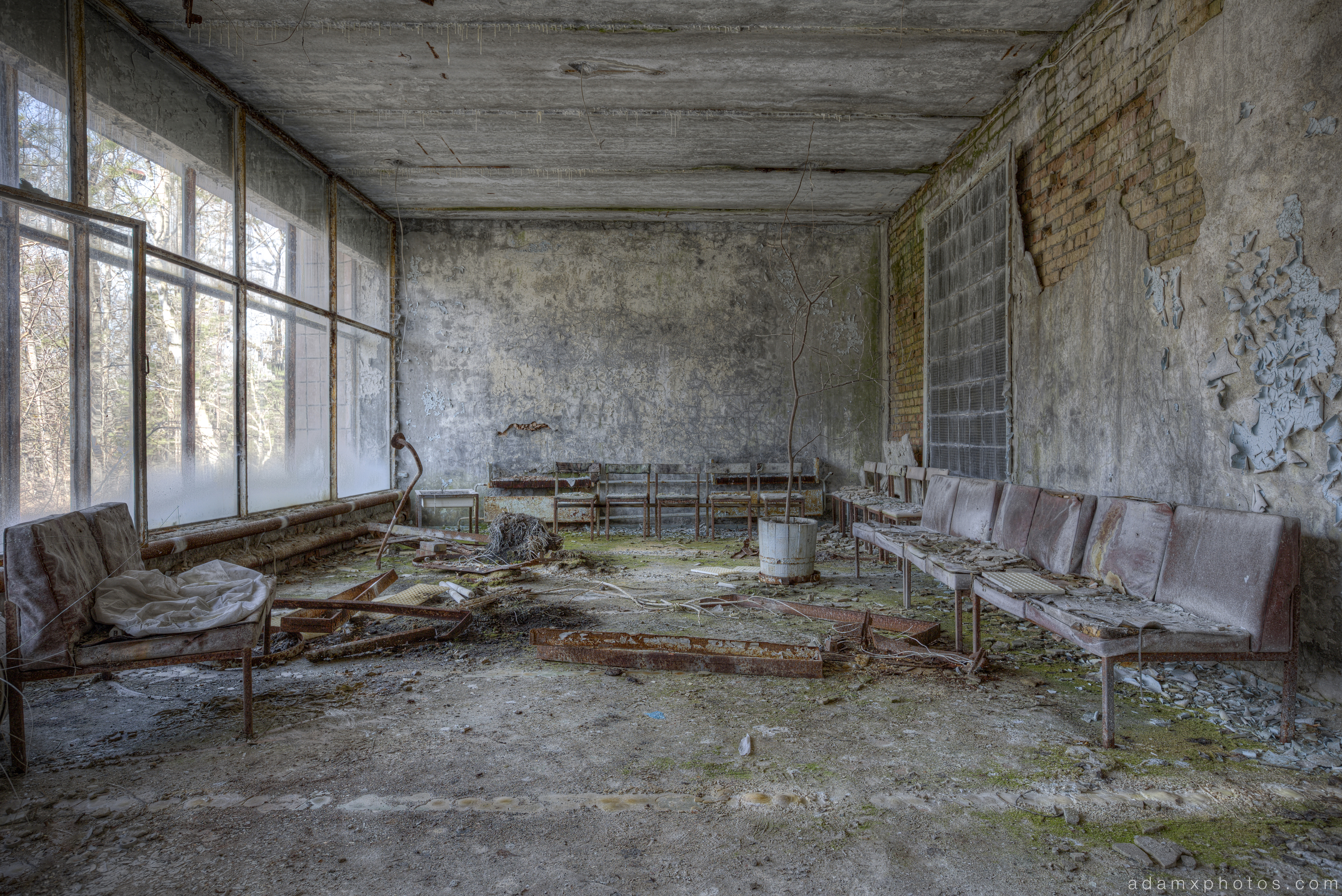 This is the third of four posts which I will be publishing from the four days I spent exploring the abandoned city of Pripyat:

Hospital 126 was the main hospital of Pripyat, located on the Eastern edge of the city in Microdistrict I.

A huge sign on its rooftop proudly proclaims ‘Здоров’я народу – багатство країни’, which translates as ‘Health of the people – the country’s wealth’. On the morning of 26 April 1986 the very first victims of the Chernobyl disaster, firefighters and Power Plant workers, were brought to the hospital by ambulance. They had all been exposed to lethal doses of radiation – one engineer died at the hospital later that day. Another 6 firefighters and 22 workers were transferred to Kiev and then by plane to Moscow, where whey died of radiation sickness over the following months.

The firefighters’ uniforms, hastily dumped in the basement of the hospital, still remain there to this day emitting potentially lethal levels of radiation. …but there was one rag of material discarded on a counter, which is thought to come from the firemens’ uniforms, which sent my dosimeter rocketing… …even pointing from half a metre away I got a reading of 98 microsieverts/hour. I know that other explorers have actually placed their meters on the rag, resulting in readings topping out at 999μSv/h, i.e. beyond the range of the meter! Scary stuff.

To put this into some context, 100 μSv is the radiation you receive during a dental x-ray, 3,600 μSv the average radiation a US citizen receives in a year from all sources, 100,000 μSv the lowest yearly dose likely linked to increased cancer risk, and 2,000,000 μSv would be severe radiation poisoning (sometimes fatal).

Suffice to say I didn’t get any closer to the rag, and certainly didn’t even think about going down into the heavily contaminated basement. In the maternity ward, the metal skeletons of infants’ cribs still sit rusting… An old autopsy slab in the morgue, located in a nearby building. I rounded off my explore on the rooftop by that huge sign: ‘Здоров’я народу – багатство країни’ / ‘Health of the people – the country’s wealth’