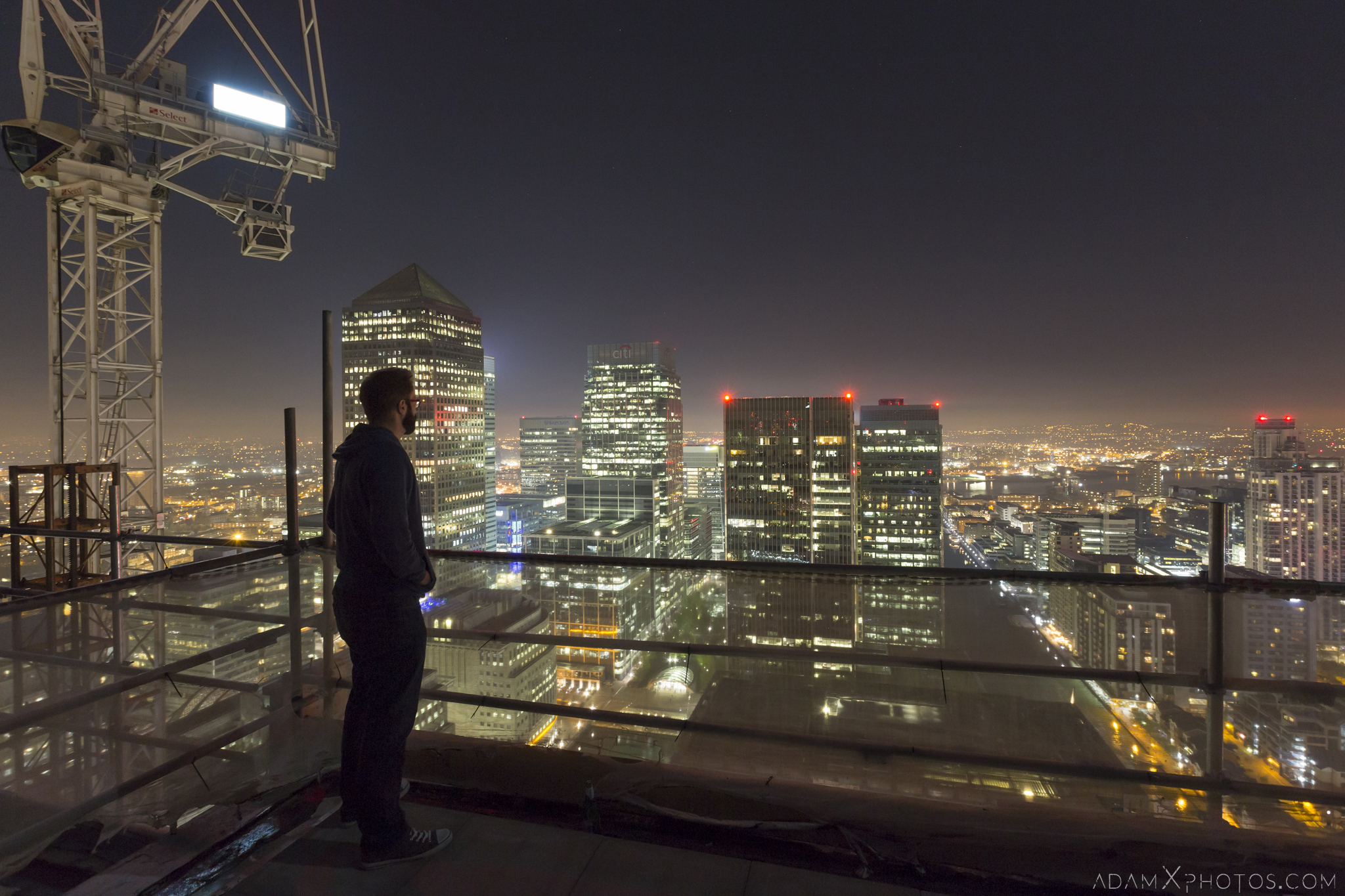 After our brief stopover at a military vehicles graveyard James, Jade and I met up with some other friends for a night of rooftopping down in London…

Our Explore
It had been quite some time since I’d been out rooftopping, and this proved to be a very enjoyable and adrenaline-filled explore – not to mention physically exhausting! Our target was a huge 60-storey tower block, deep in the heart of London’s business district. Accessing such a site wasn’t easy given the high pedestrian footfall and active security, but we picked our spot, waited for a lull, and then made our move. Soon we had made our way inside the bare shell of the building, and began the mammoth task of climbing the 60 floors. It felt like we had been climbing forever when the workers’ temporary lighting ended, and we had to continue our ascent in the dark, using only minimal lights from our phones so as not to draw any attention to our presence. We kept climbing…and climbing…and climbing. After every flight we were convinced that the next one MUST be the last one, only to be confronted with yet another set of bare concrete steps leading ever upwards…

We finally reached the last floor, only to discover that the stairs to the roof hadn’t been built! Instead there was a rickety 12-foot wooden ladder up through a hole to the roof. We weren’t impressed. But we slowly took turns to gingerly climb the ladder, and were rewarded with one of the best views I have ever had the privilege to witness… 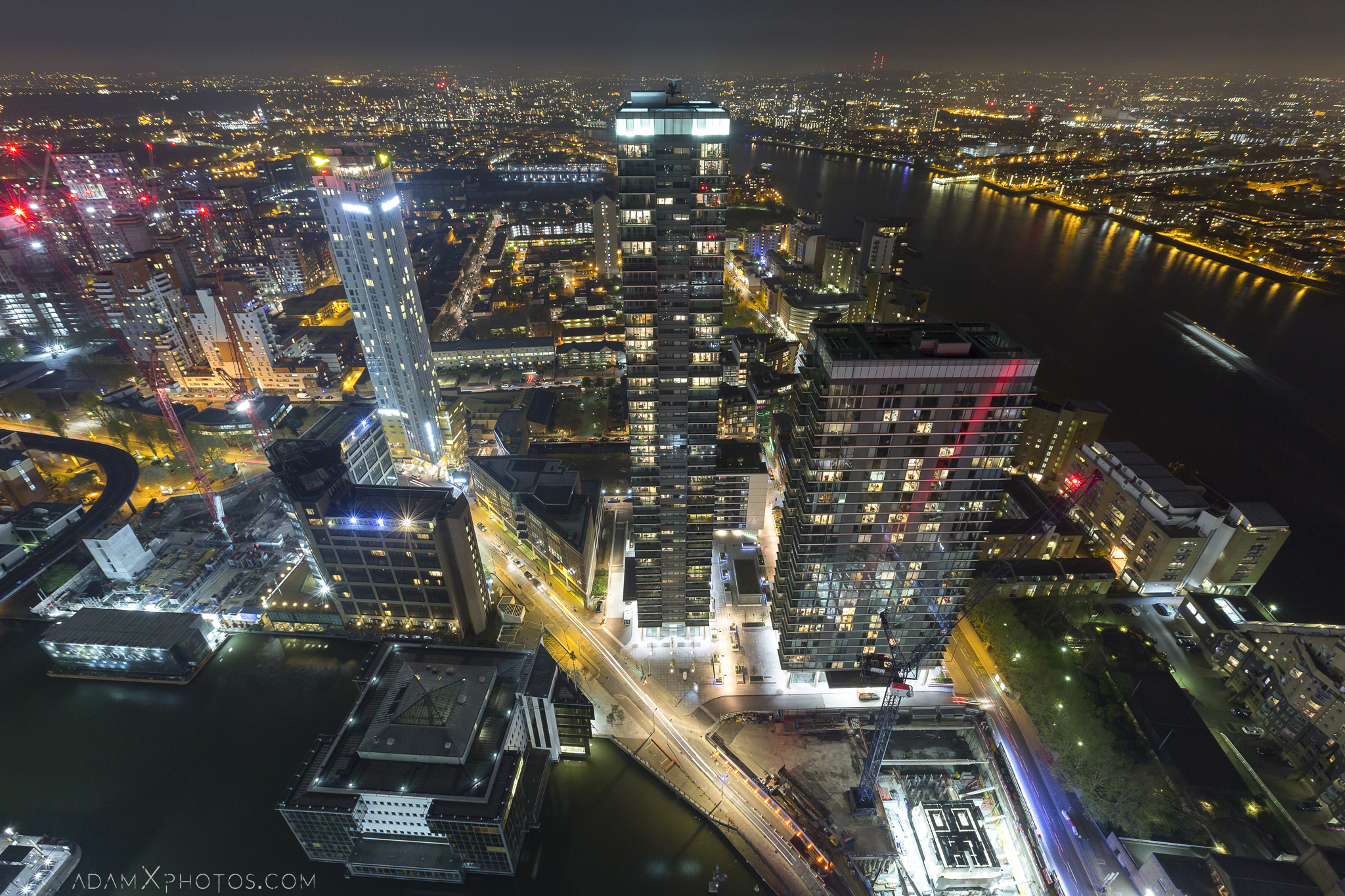 We spent the next hour or so enjoying the views in every direction, cooling down after the sweaty ascent, and cracking open the hip flasks and other assorted drinks. 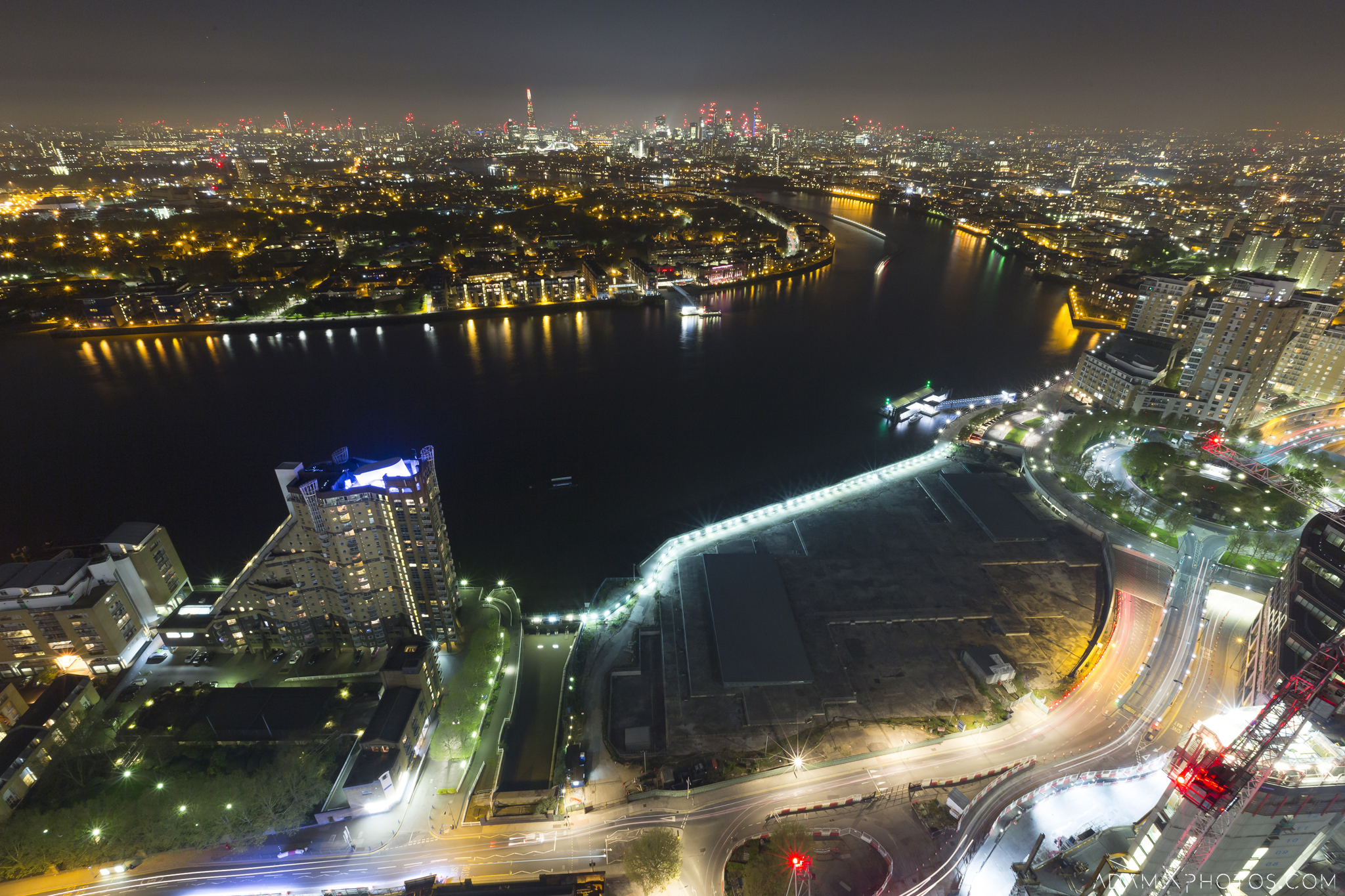 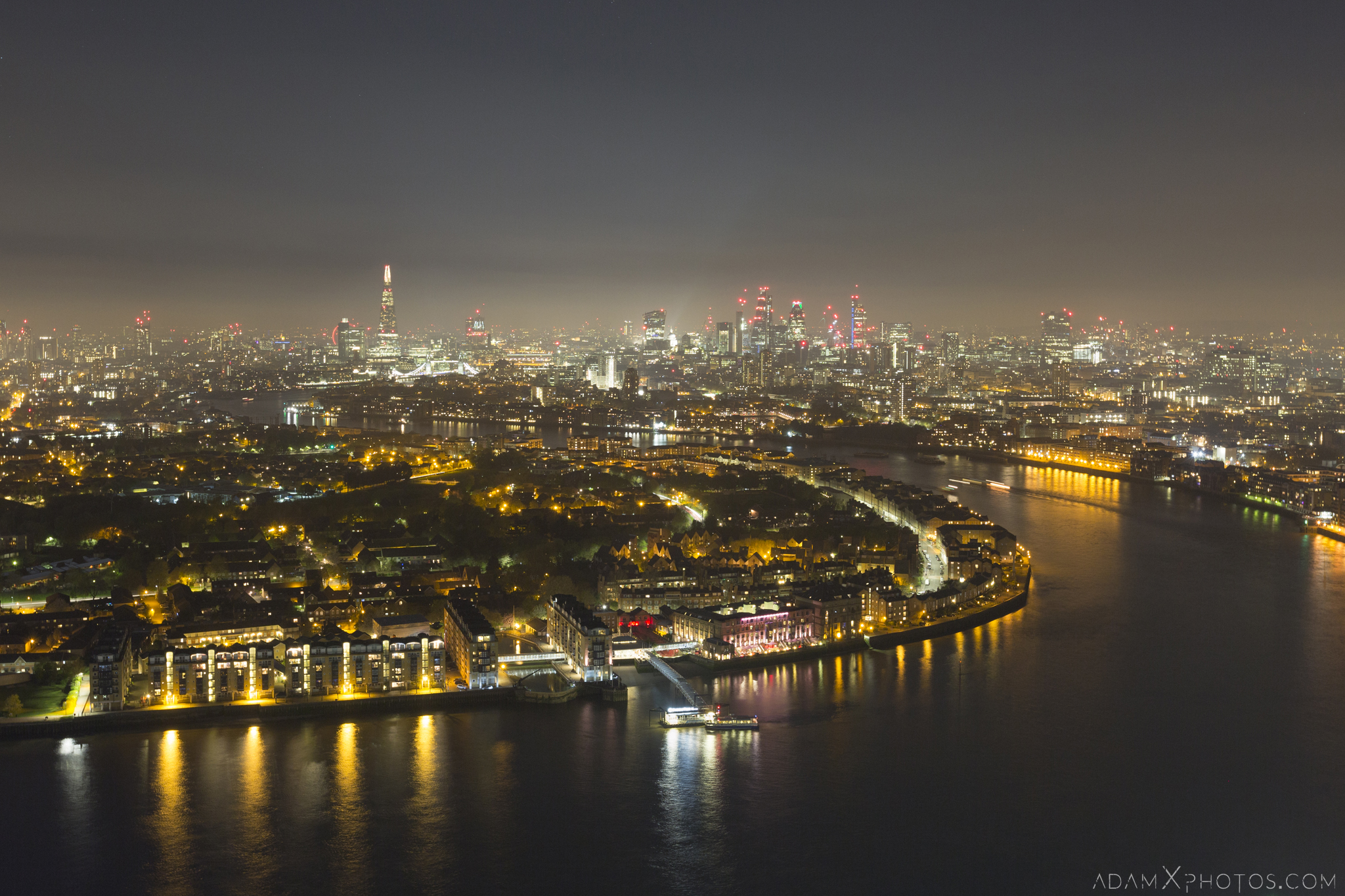 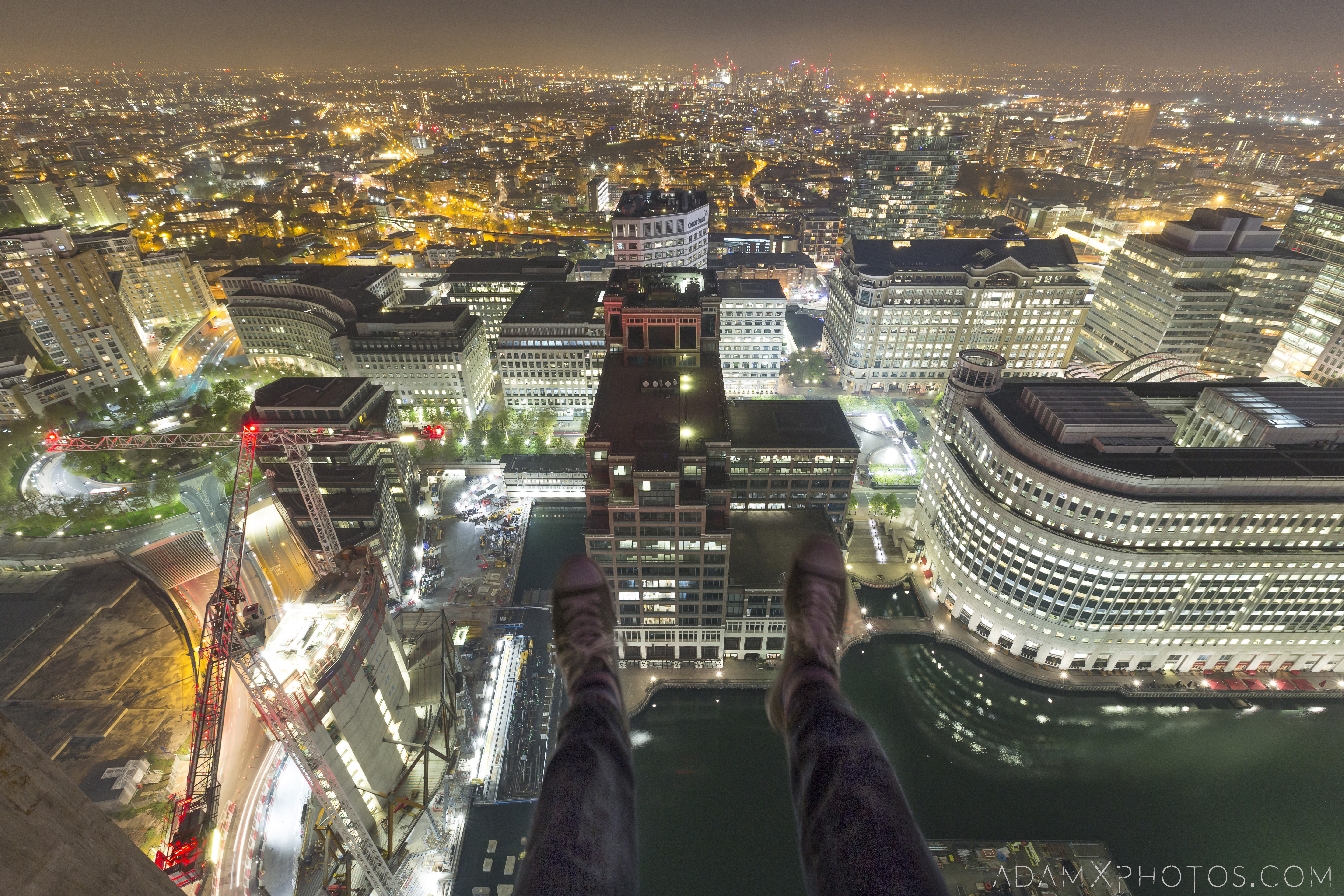 Apparently dangling off high buildings is what all the YouTube and Instagram kids are up to these days – I’m just there for the view and to spend time with my mates, but thought I’d see what the fuss was about. 😉 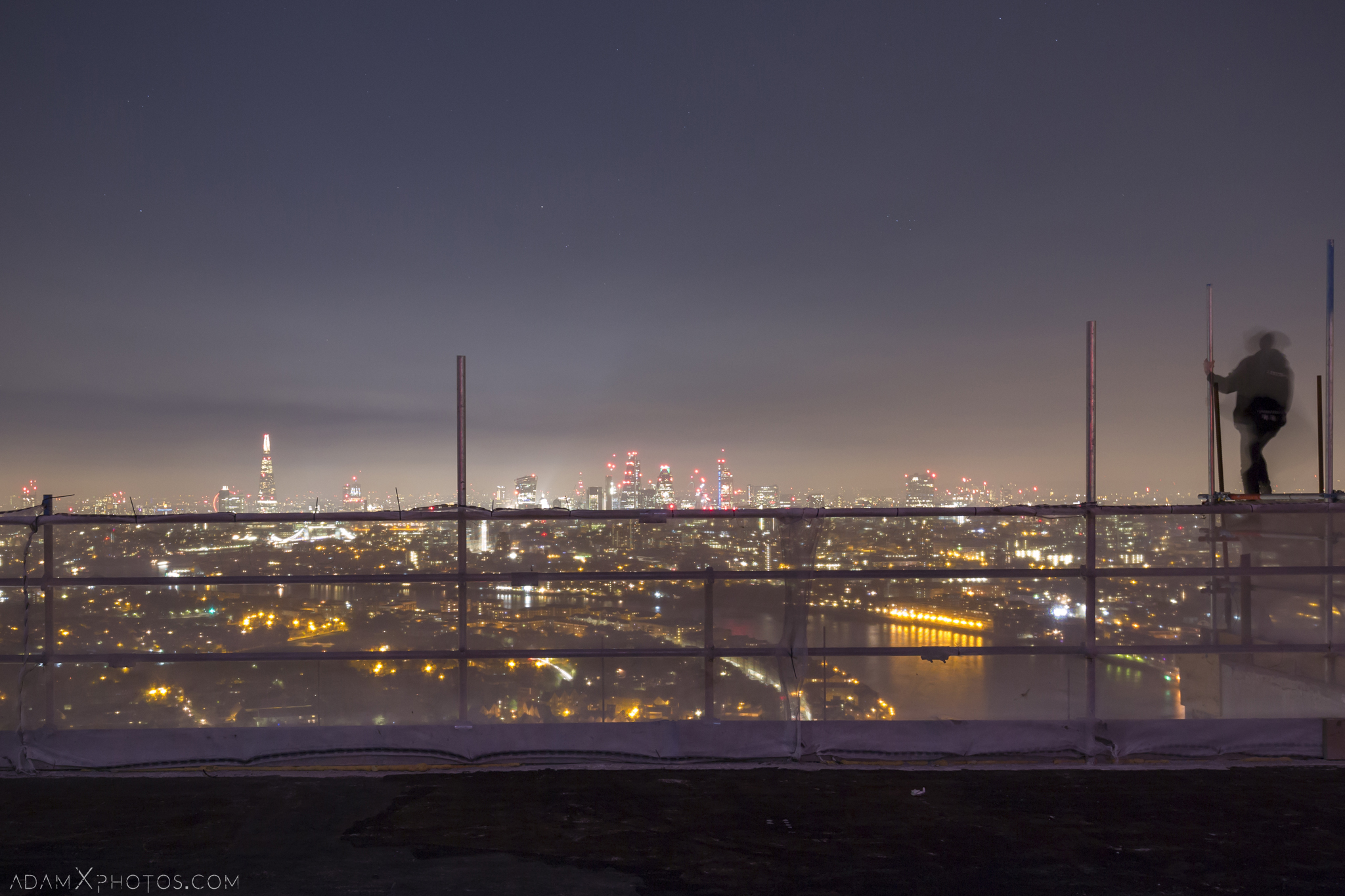 Some weird hairy child that we found climbing around on the scaffolding – don’t try this at home kids. Alex decided that if Batman wasn’t going to do it, *he* might as well clean up the City…. Eventually it was time to head down and make good our escape.

Thanks for taking the climb with me.