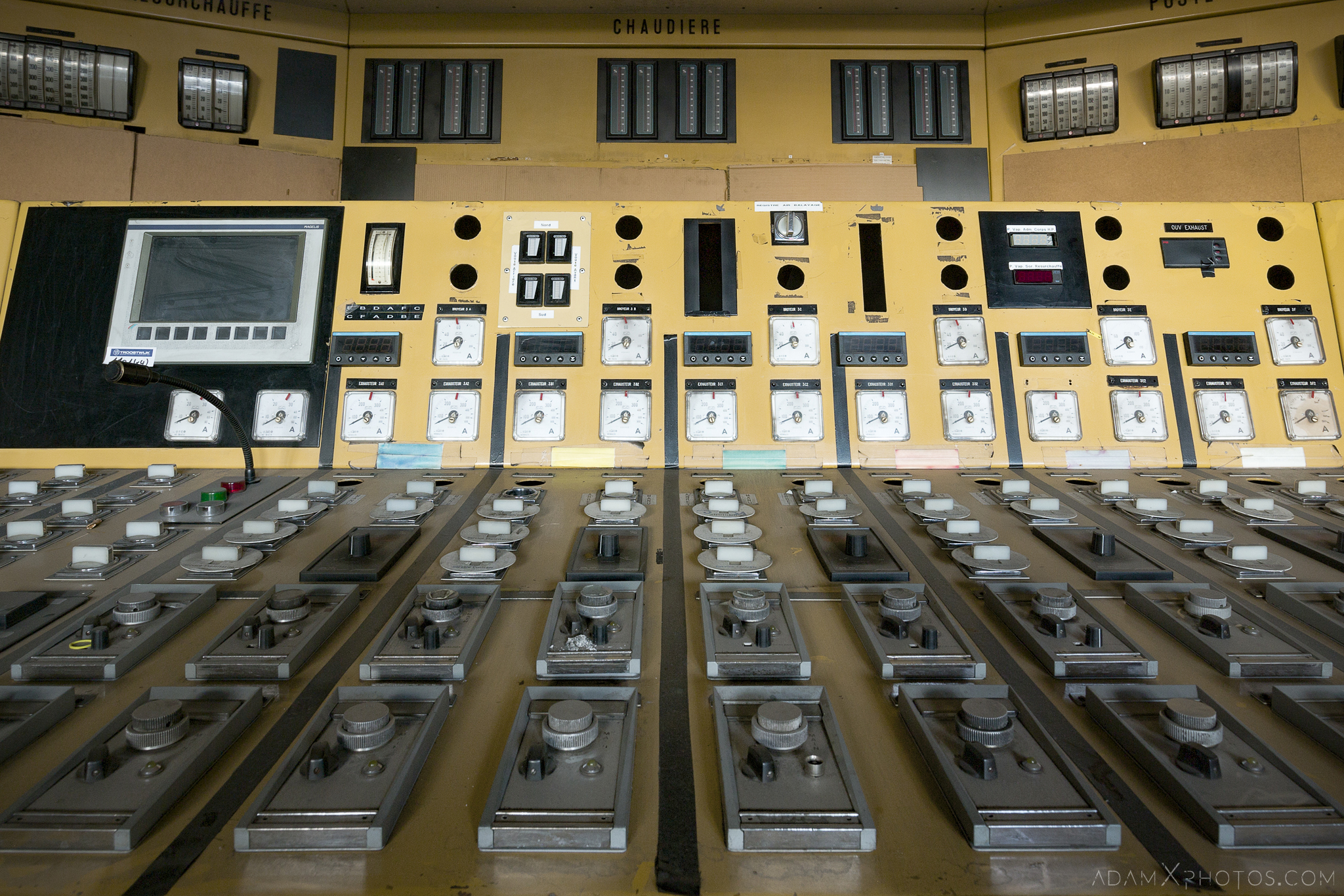 Explore #1 of the ‘Hot Filth Tour’

In May 2017 I enjoyed a great long weekend exploring France and Belgium with Jeremy, Tim and Mark (plus a couple of suprise guests, as will be revealed in a future post). The weather was sweltering, and our focus was mainly on grimy industrial locations – hence the ‘hot filth’ tour name!

From our various homes (Wales, Blackpool, London and Norwich) we met on the outskirts of the M25 and piled our gear into Mark’s car for the drive down to the Eurotunnel and a middle of the night crossing… 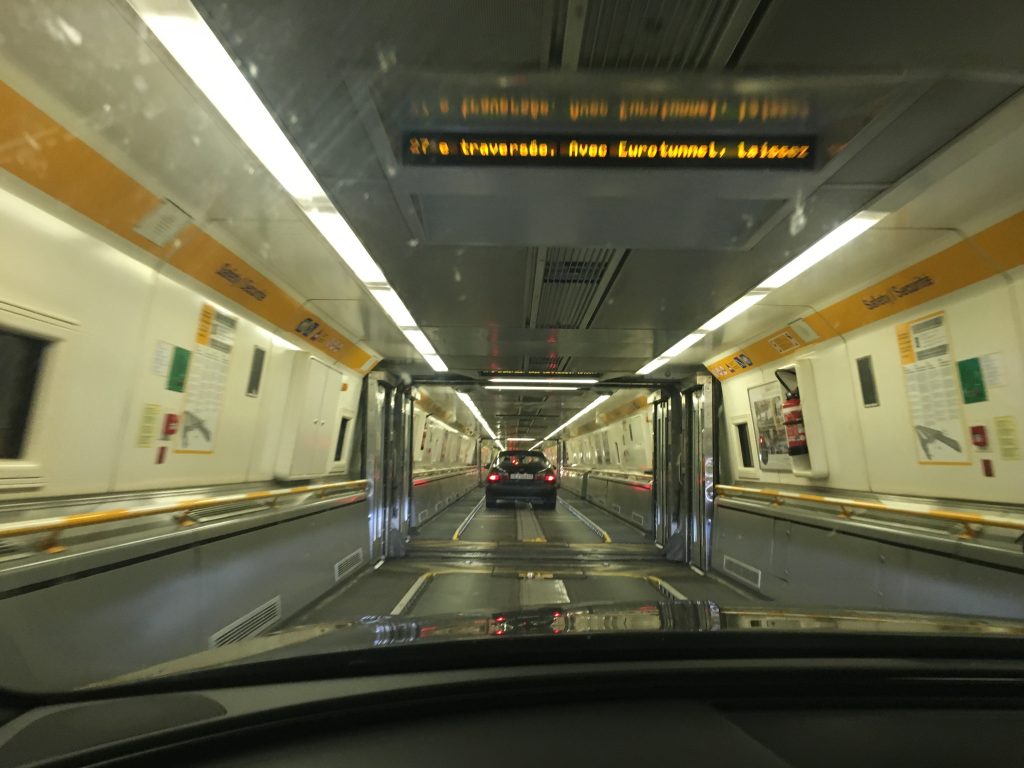 Driving through the night we arrived at our first target – a large disued power plant – an hour or so before first light.

History
This coal-fired power plant opened in the late 1950s with two Cie Electro-Mecanique turbines each of around 125MW. Capacity was doubled in the 1970s with the addition of a third Rateau-Schneider turbine. The original two turbines were decommissioned in the early 1990s, and the Rateau-Schneider set ceased operations a couple of decades later.

Our Explore
We carefully crept our way on site, trying to avoid tripping on any broken concrete or twisted metal scrap in the wan moonlight – with active security still on site we couldn’t risk using our torches. Eventually we found a way in, and waited quietly for the dawn’s light to grow sufficiently to beging shooting… 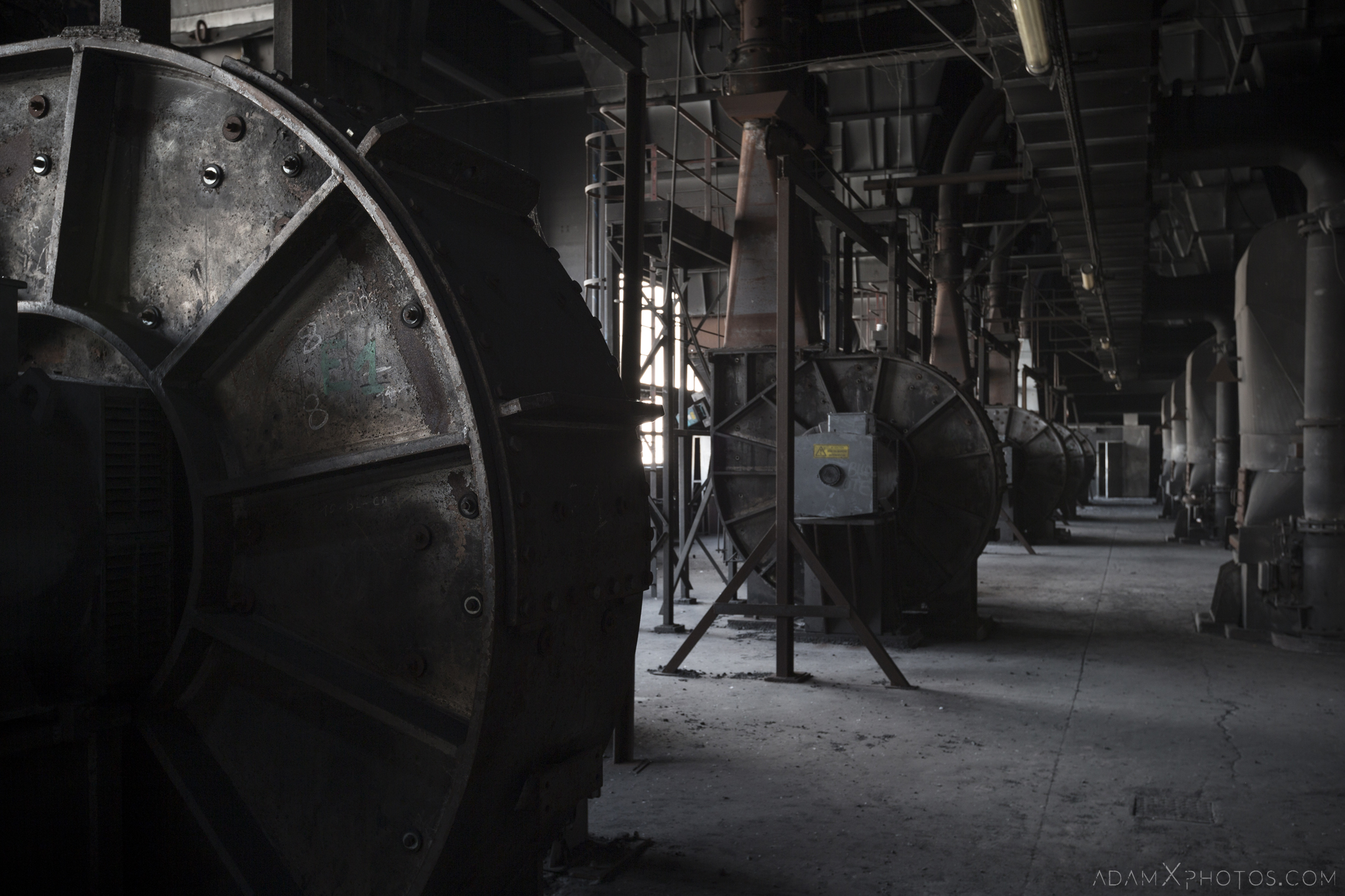 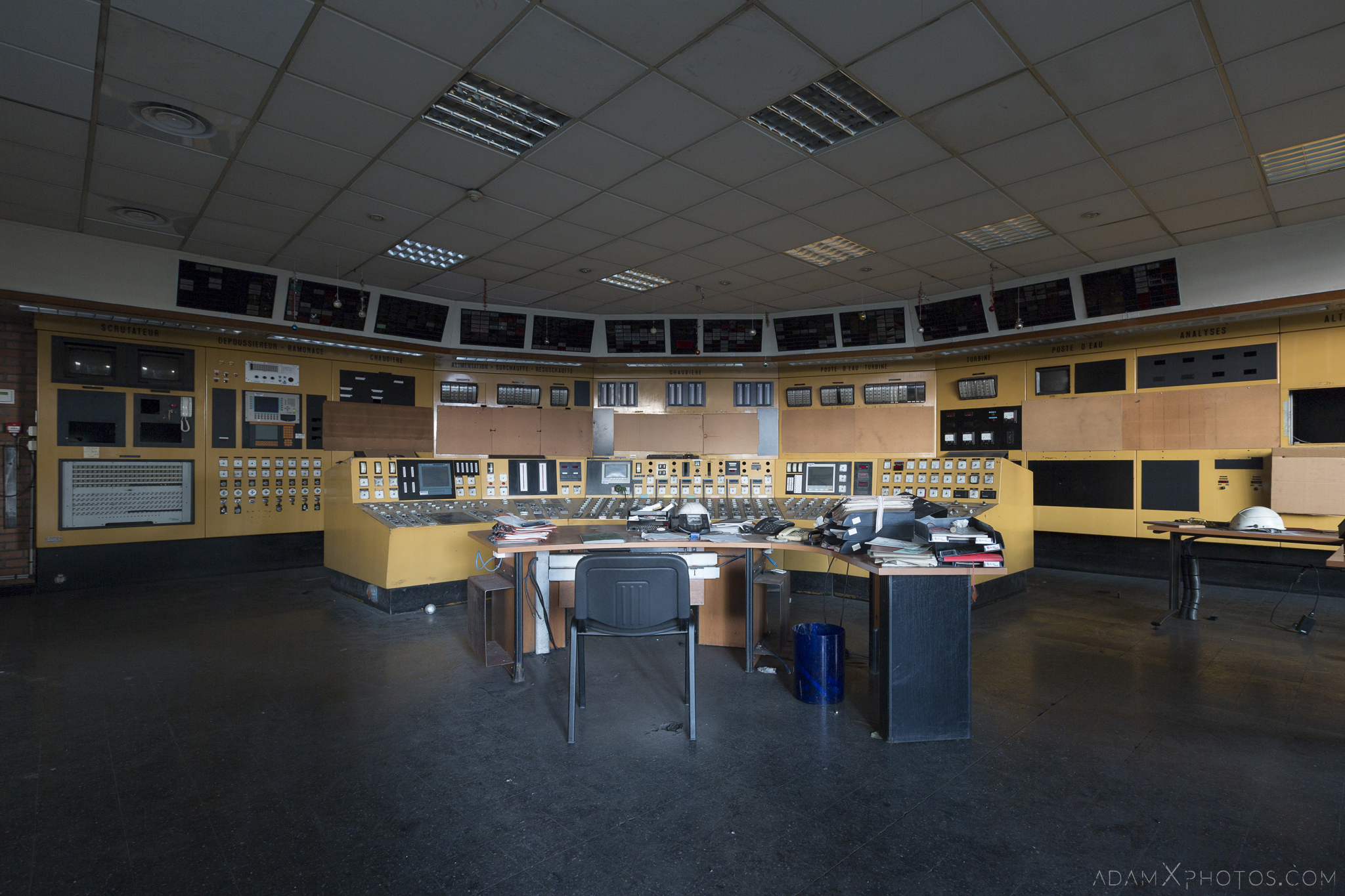 This yellow control room was a highlight of the explore. Until recently the lights had been left on, but were switched off by the time we got there. 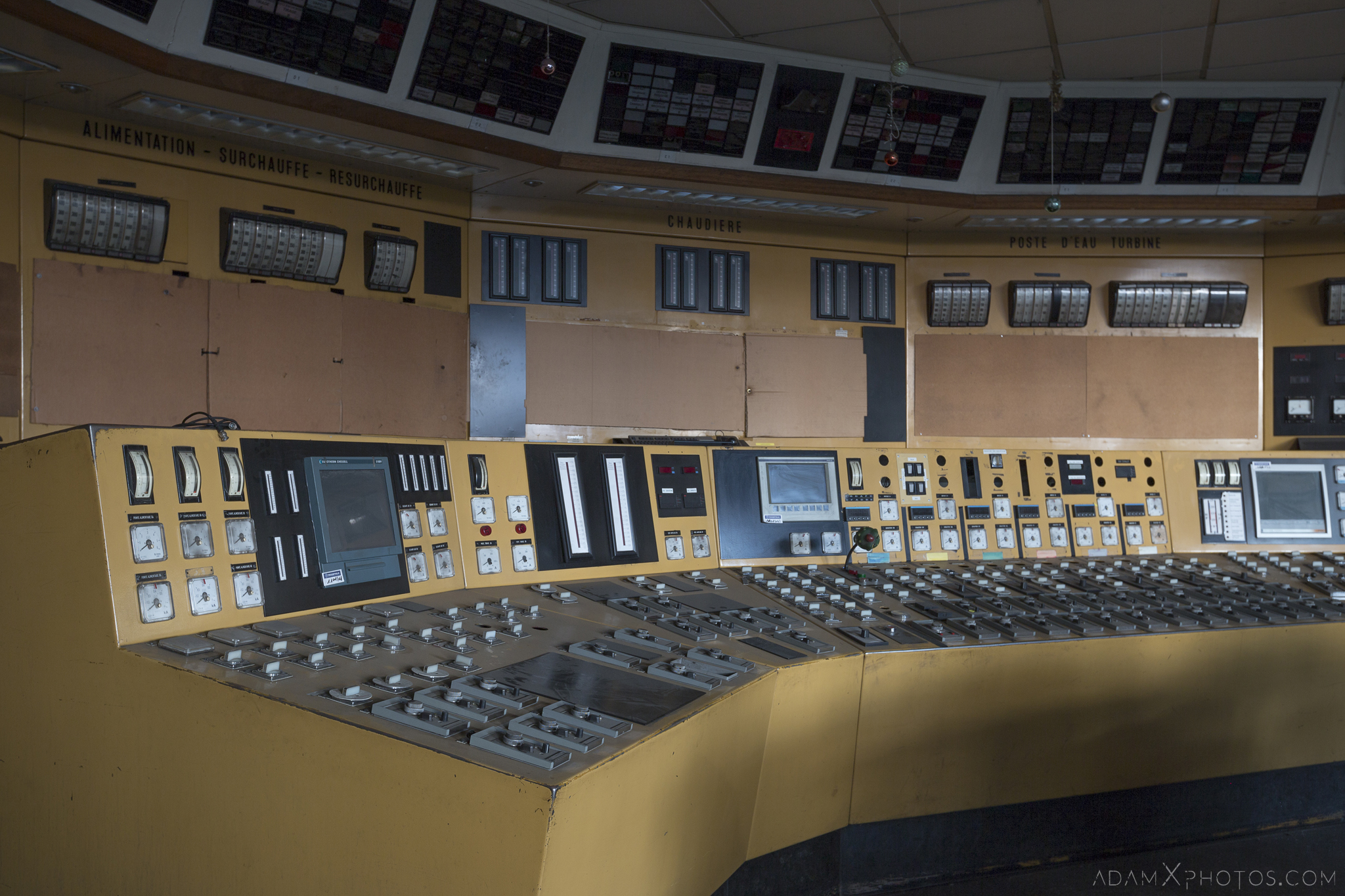 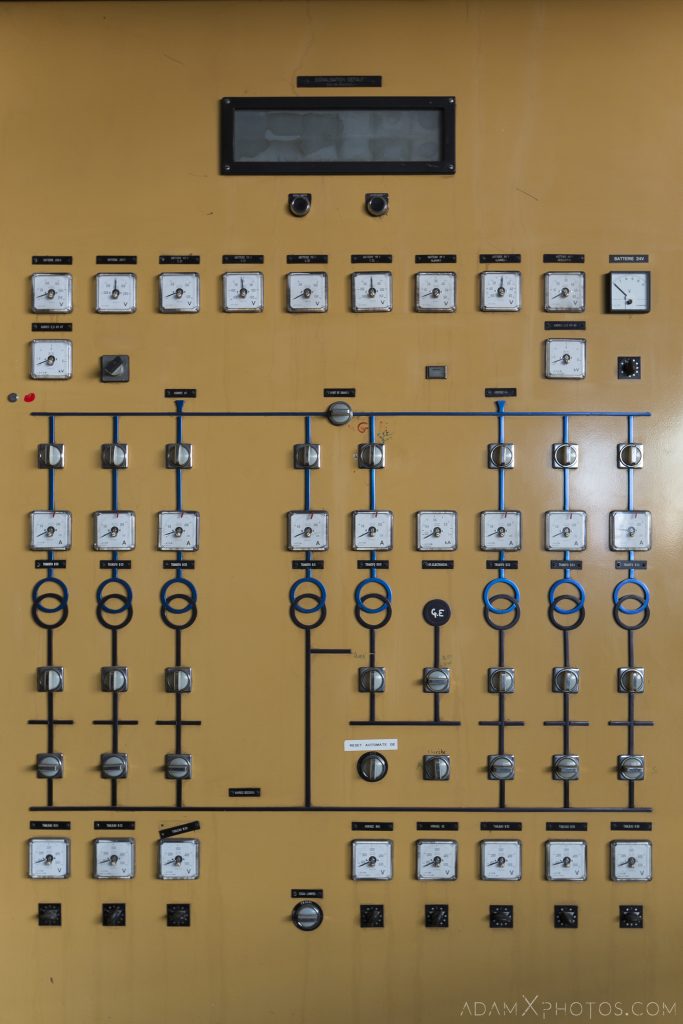 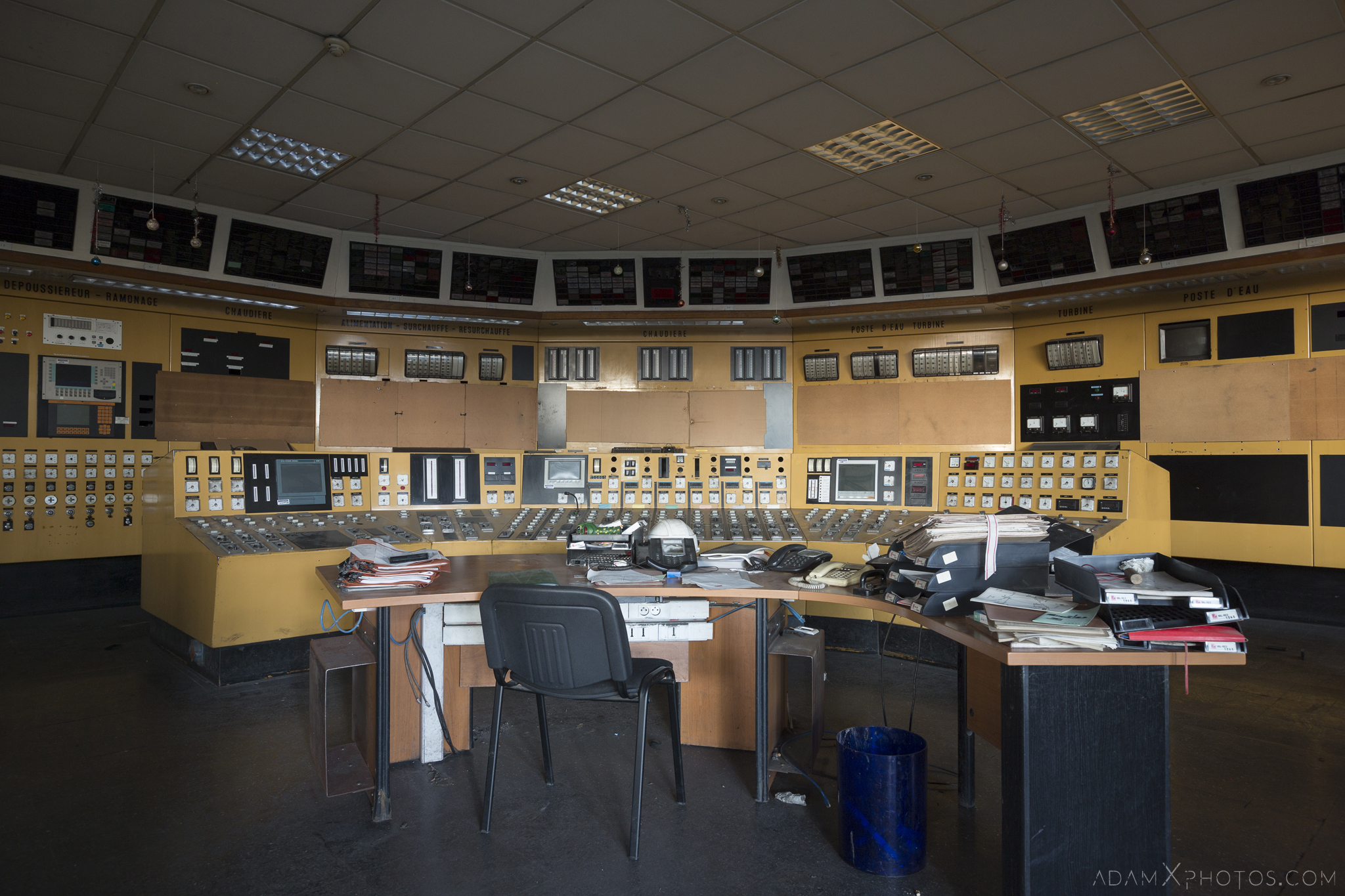 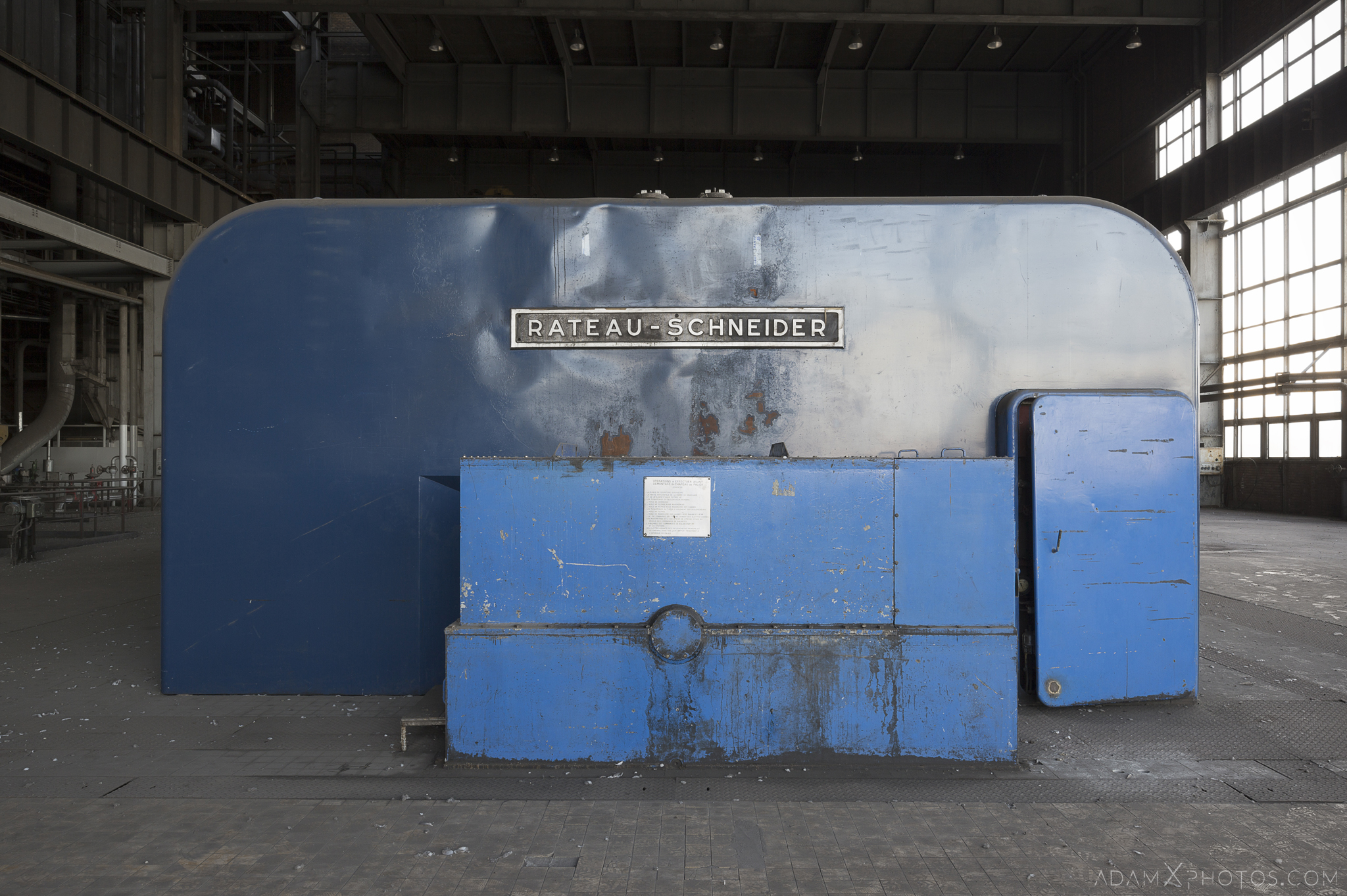 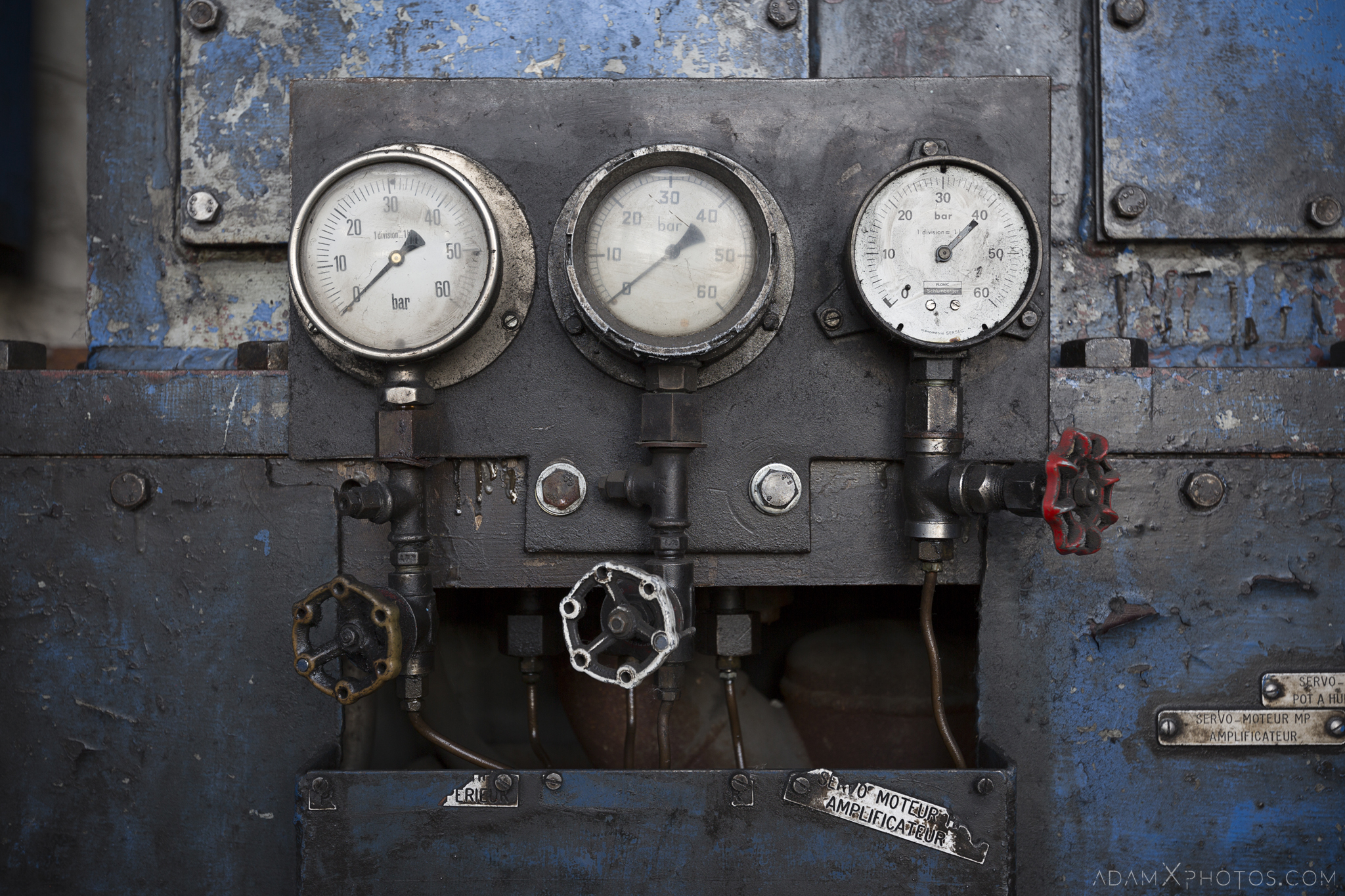 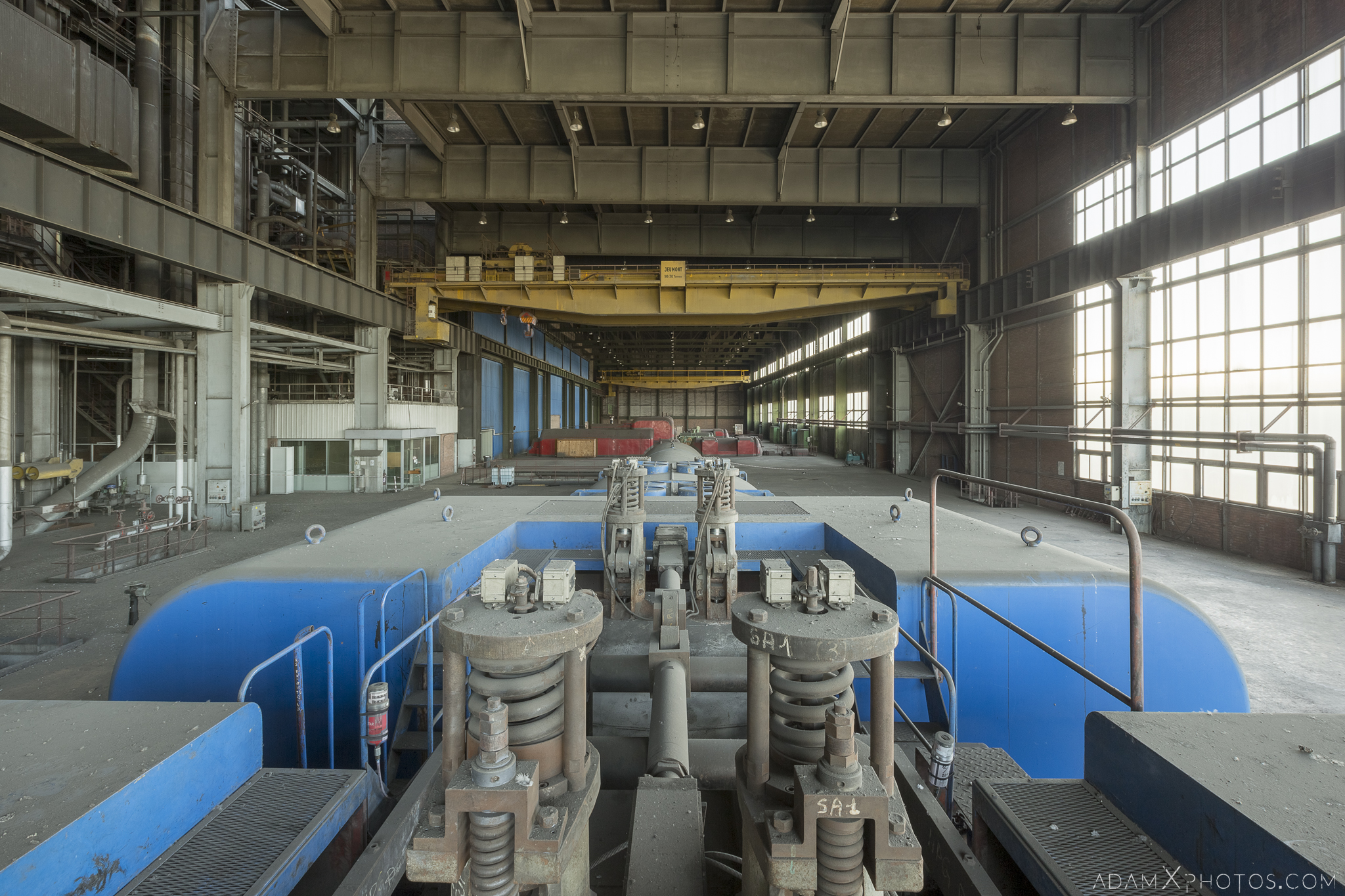 On top of the Rateau Schneider turbine! 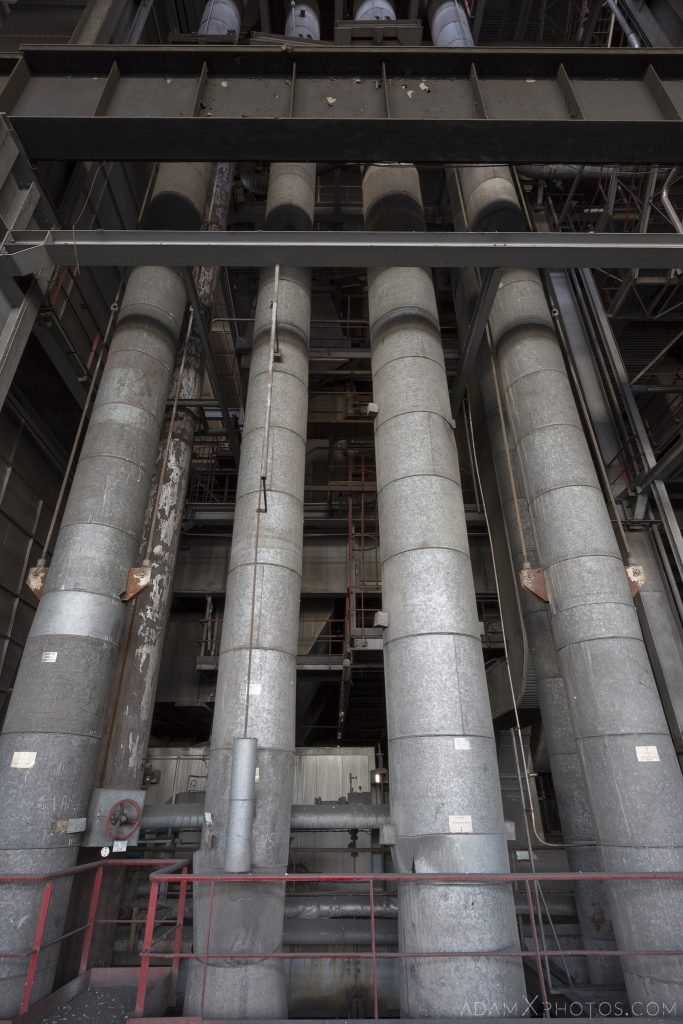 A view of the main turbine hall from one of the gantries – you can see the smaller red Cie Electro-Mecanique turbines at the far end.

Various pieces of disused machinery were also stored at the end of the turbine hall. 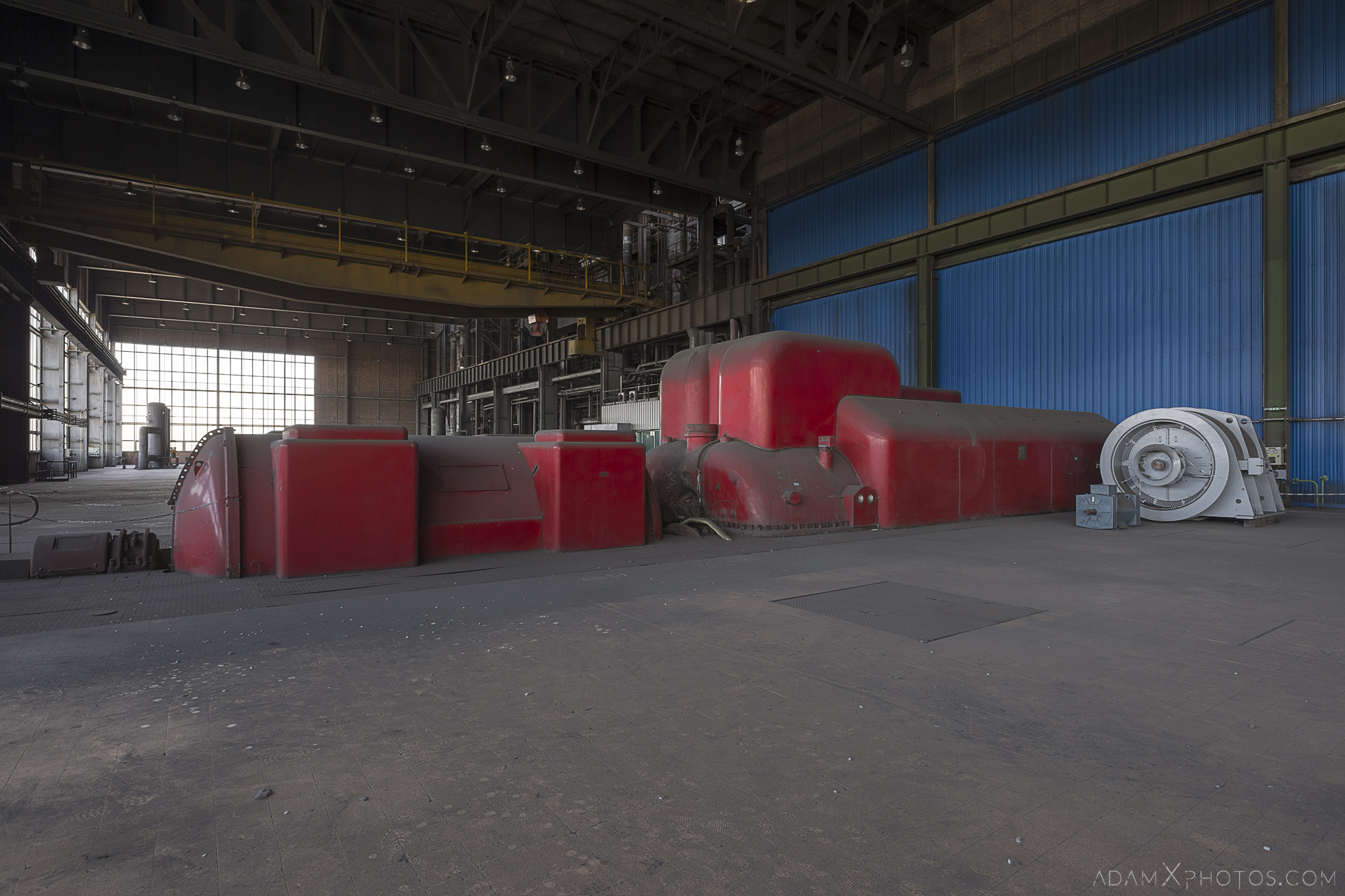 One of the older smaller Cie Electro-Mecanique turbines. 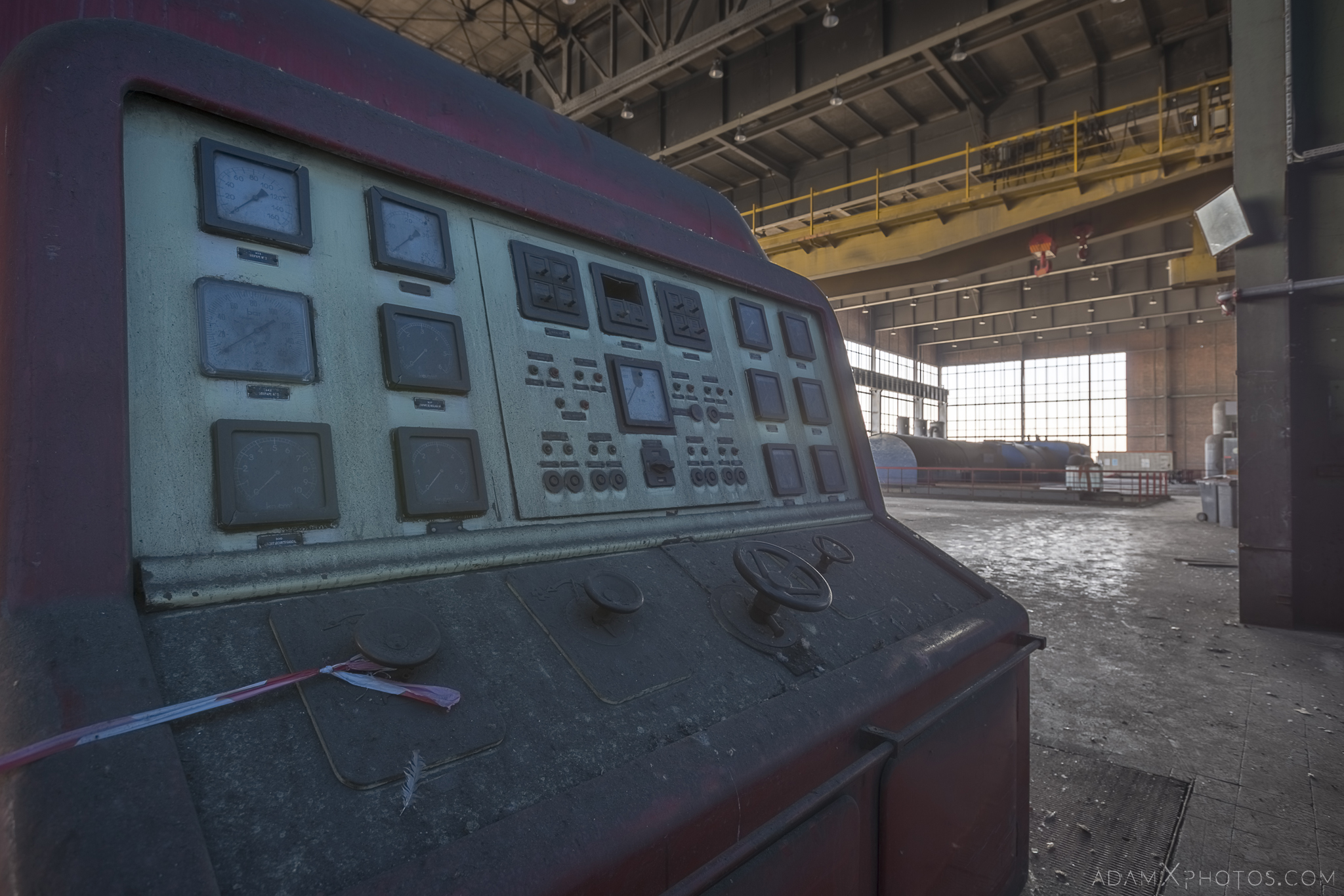 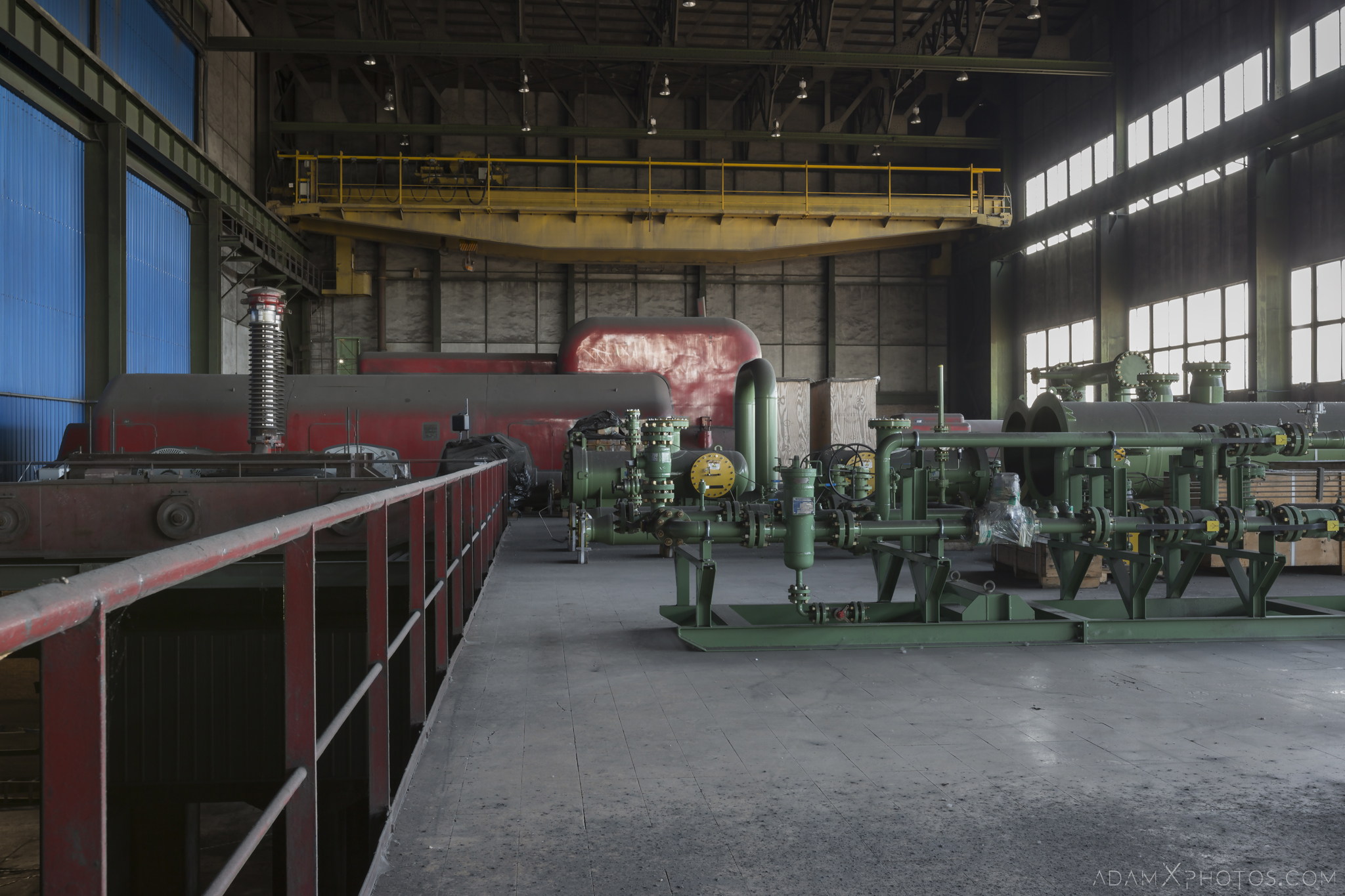 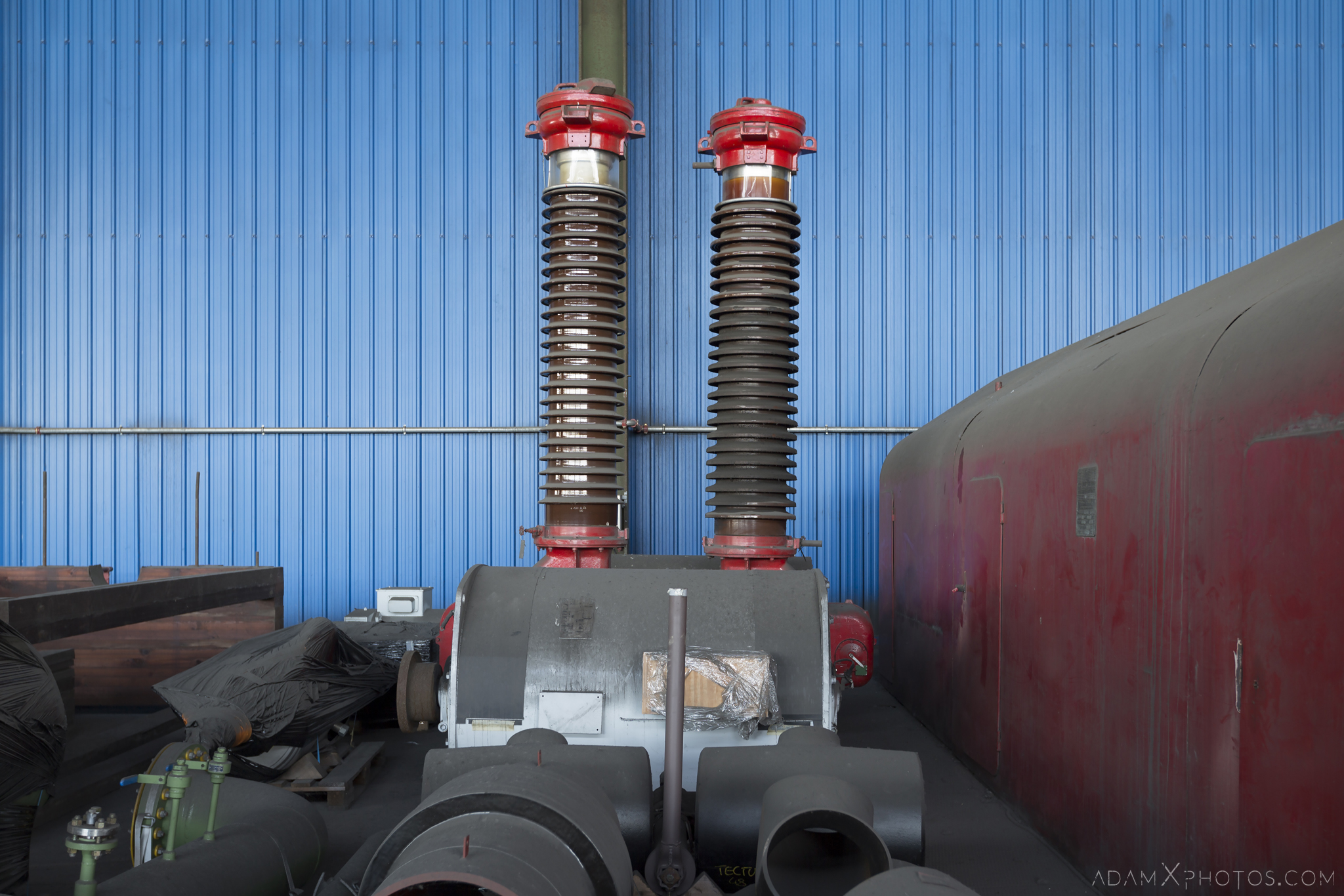 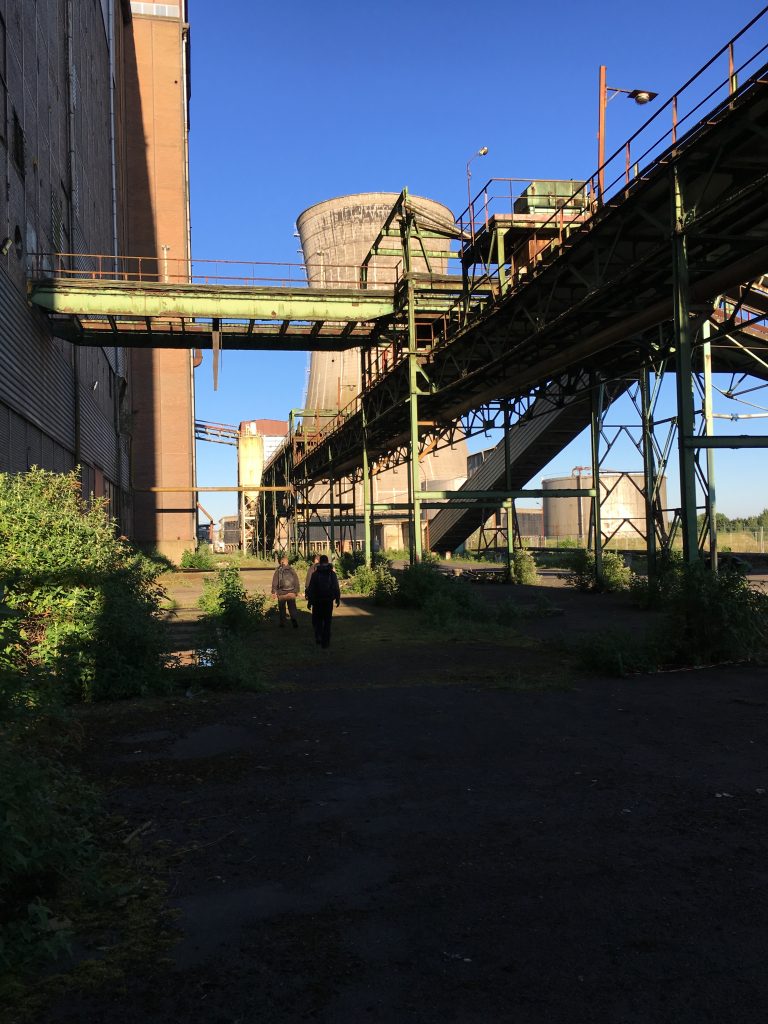 After a couple of hours we quickly made our way off site – unfortunately we didn’t have a chance to duck inside the cooling tower as had a narrow escape evading a security patrol! 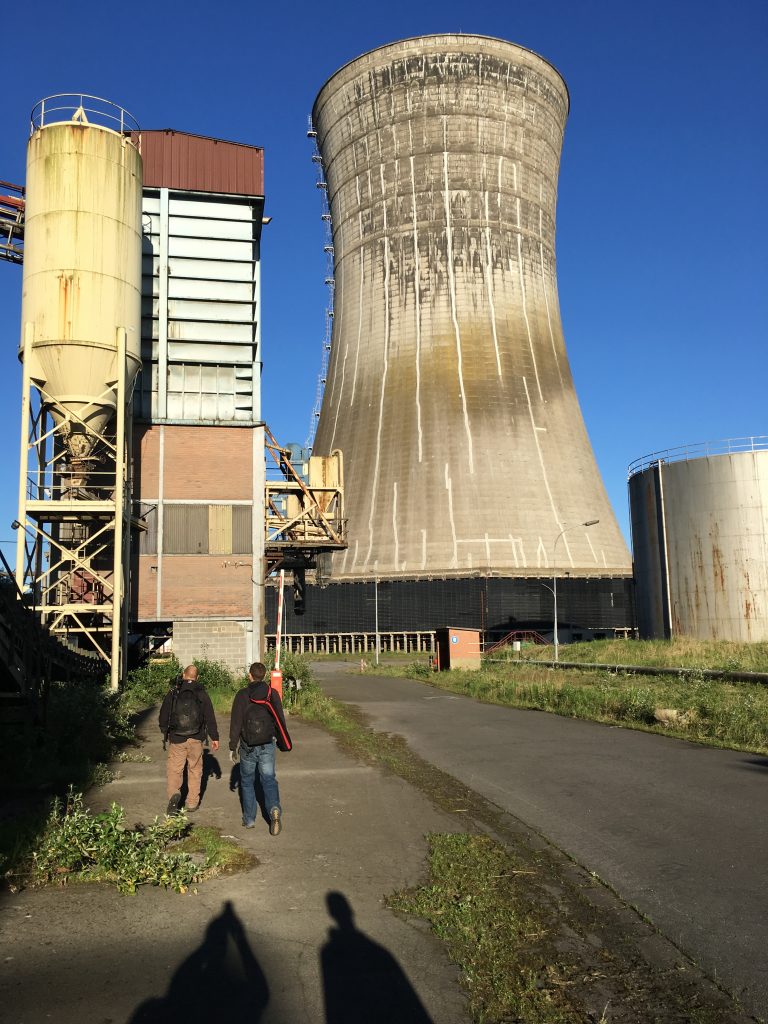 Soon we were back in our car, attentions turning to some well-earned breakfast, and heading towards Belgium…

Thanking for reading – please add your email address in the box on the front page to subscribe for updates if you haven’t done so already, as plenty more coming soon! 🙂