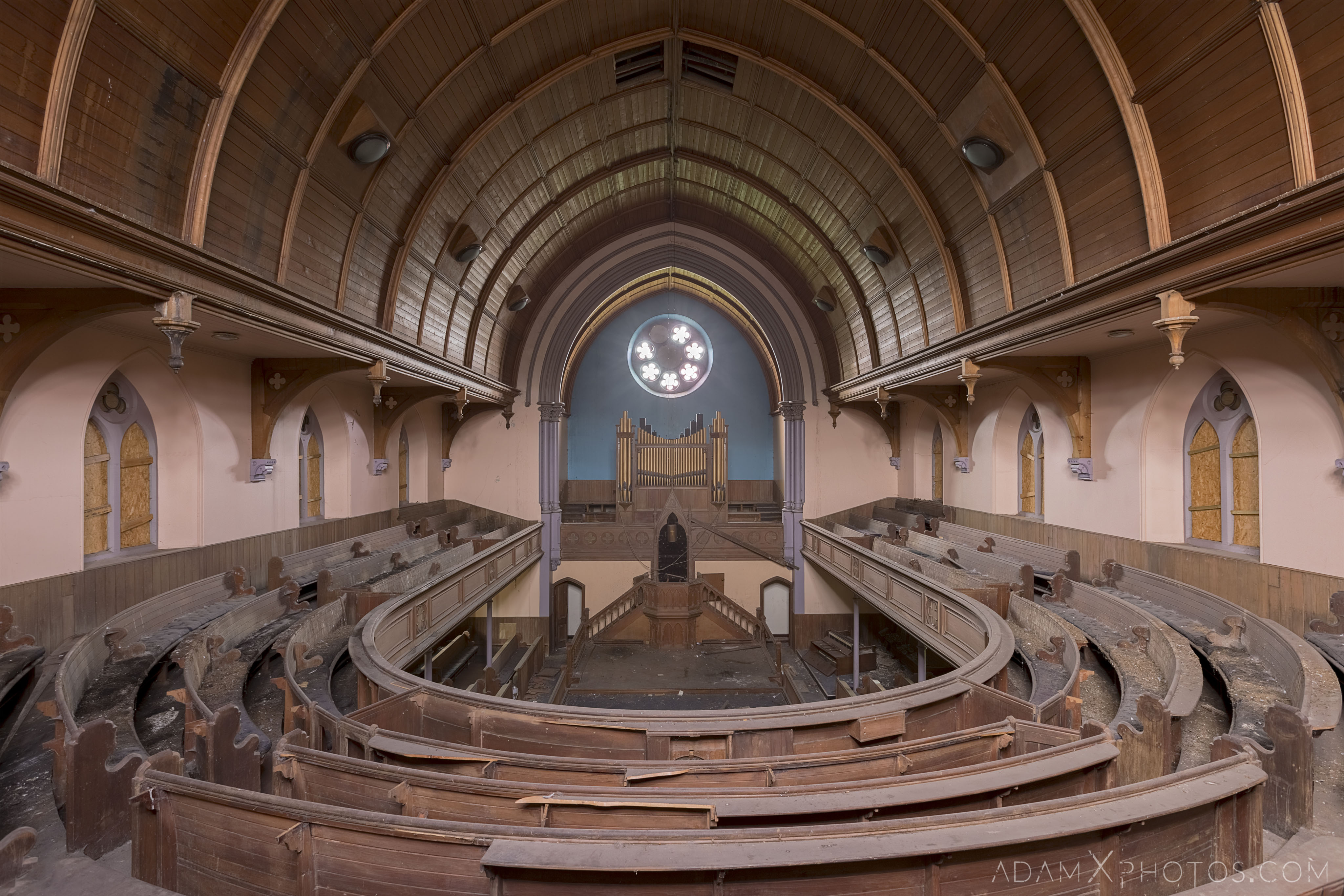 Explore #9 of the ‘North of The Wall’ Tour

As we headed home on the final morning of our Scottish tour, we managed to squeeze in one last explore North of the border – another abandoned church located slap bang in the middle of a busy residential area, which has sadly since been demolished.

History
The South United Presbyterian Church was founded in 1880, and later renamed first as St Cuthbert’s and finally as St Aidan’s Church in 1981. It lay empty from August 2015, when its dwindling congregation joined that of nearby St Ninian’s to create Trinity Church.

2014 plans for £2.5m conversion into 16 residential flats never materialised. In September 2018 its owner Book Development Limited obtained permission to demolish the Church, having asserted that it was beyond economically viable repair. The Scottish Borders Council’s planning and building standards committee made clear that its decision to grant permission for demolition was one “tinged with regret and sadness”. Demolition began in March 2019.

Our Explore
After some initial nervousness given its very overlooked location, we made our move and were soon inside. We enjoyed a peaceful hour or so, appreciating the magnificent carved wooden balcony and pews, and the old organ. 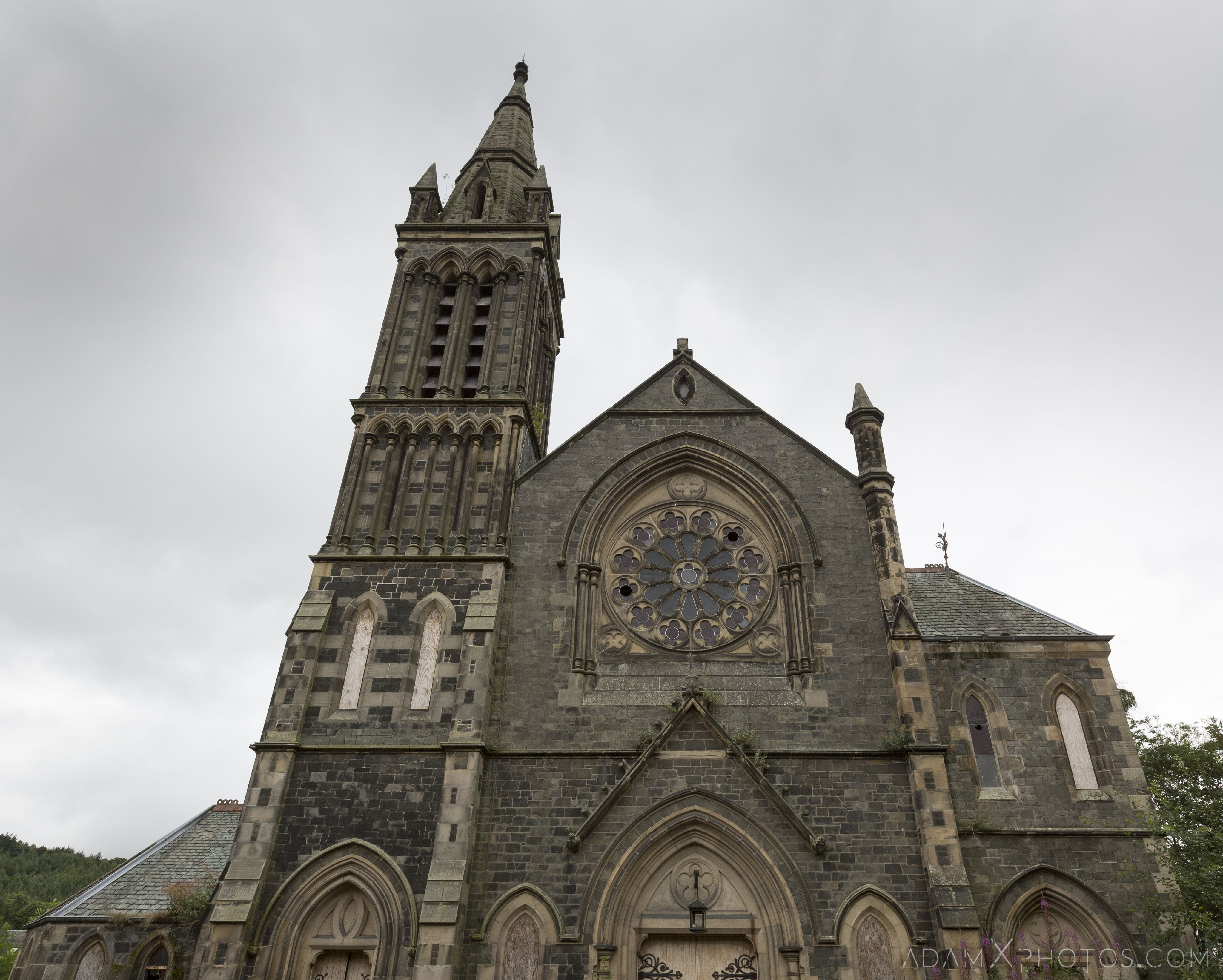 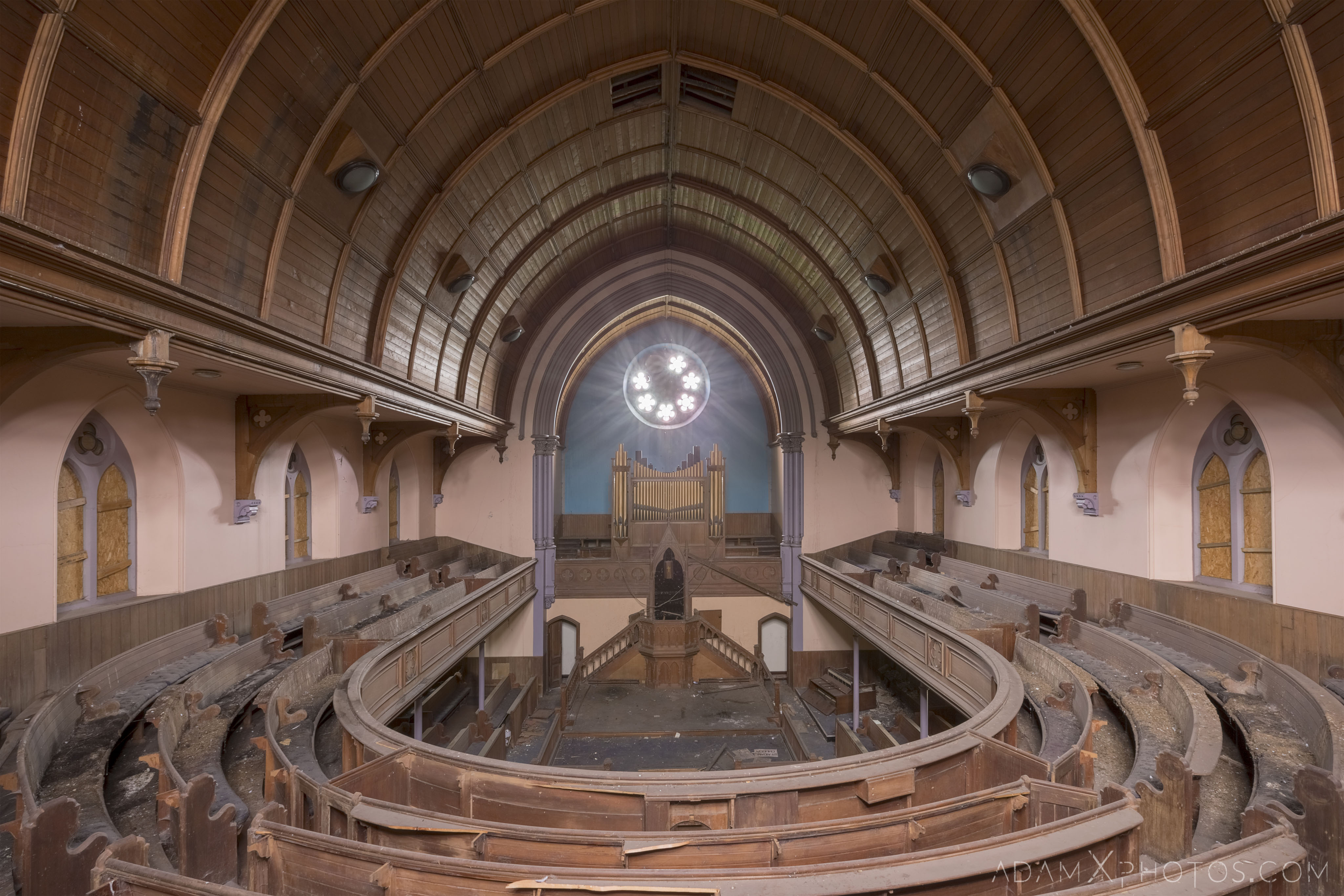 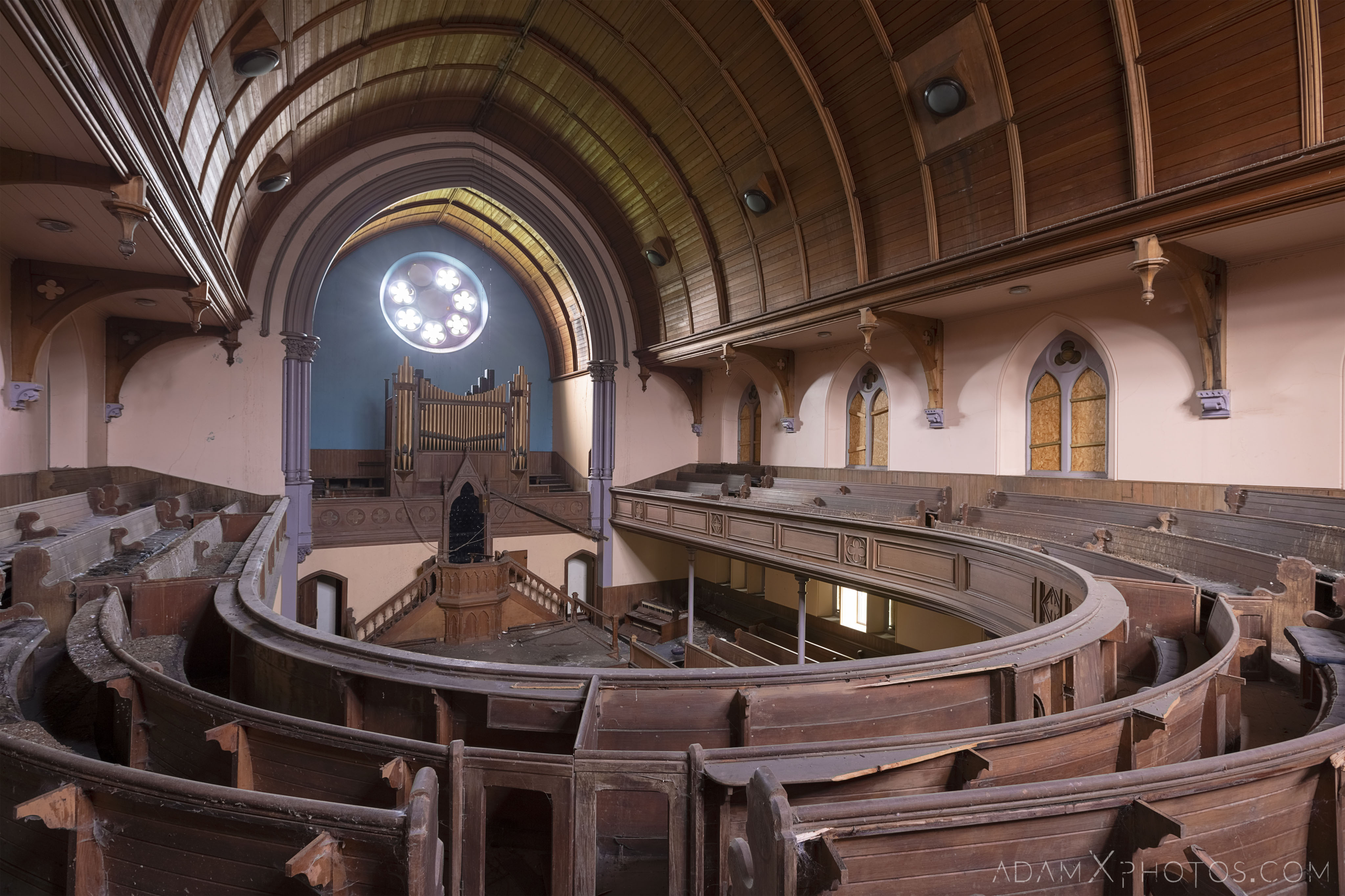 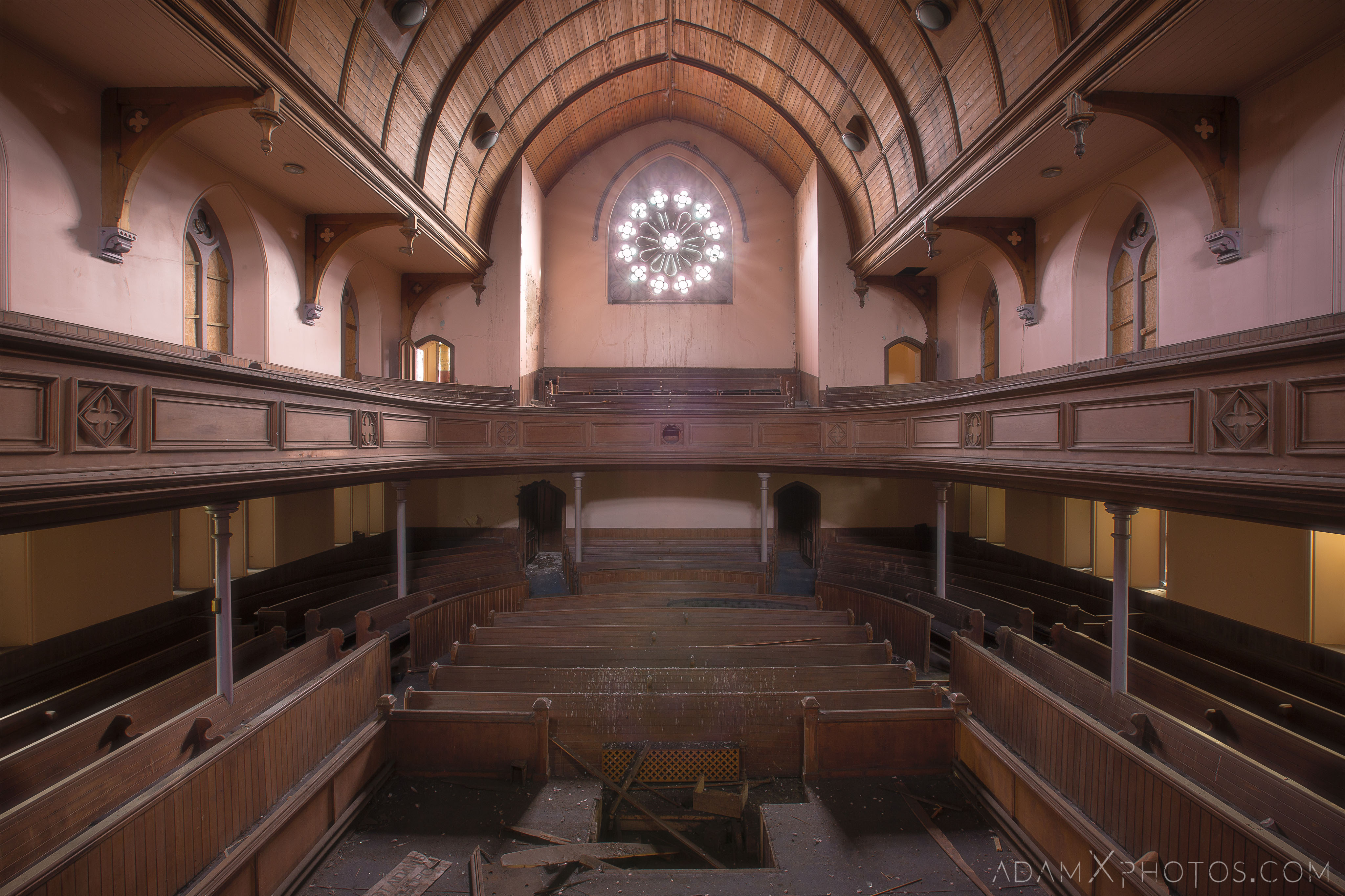 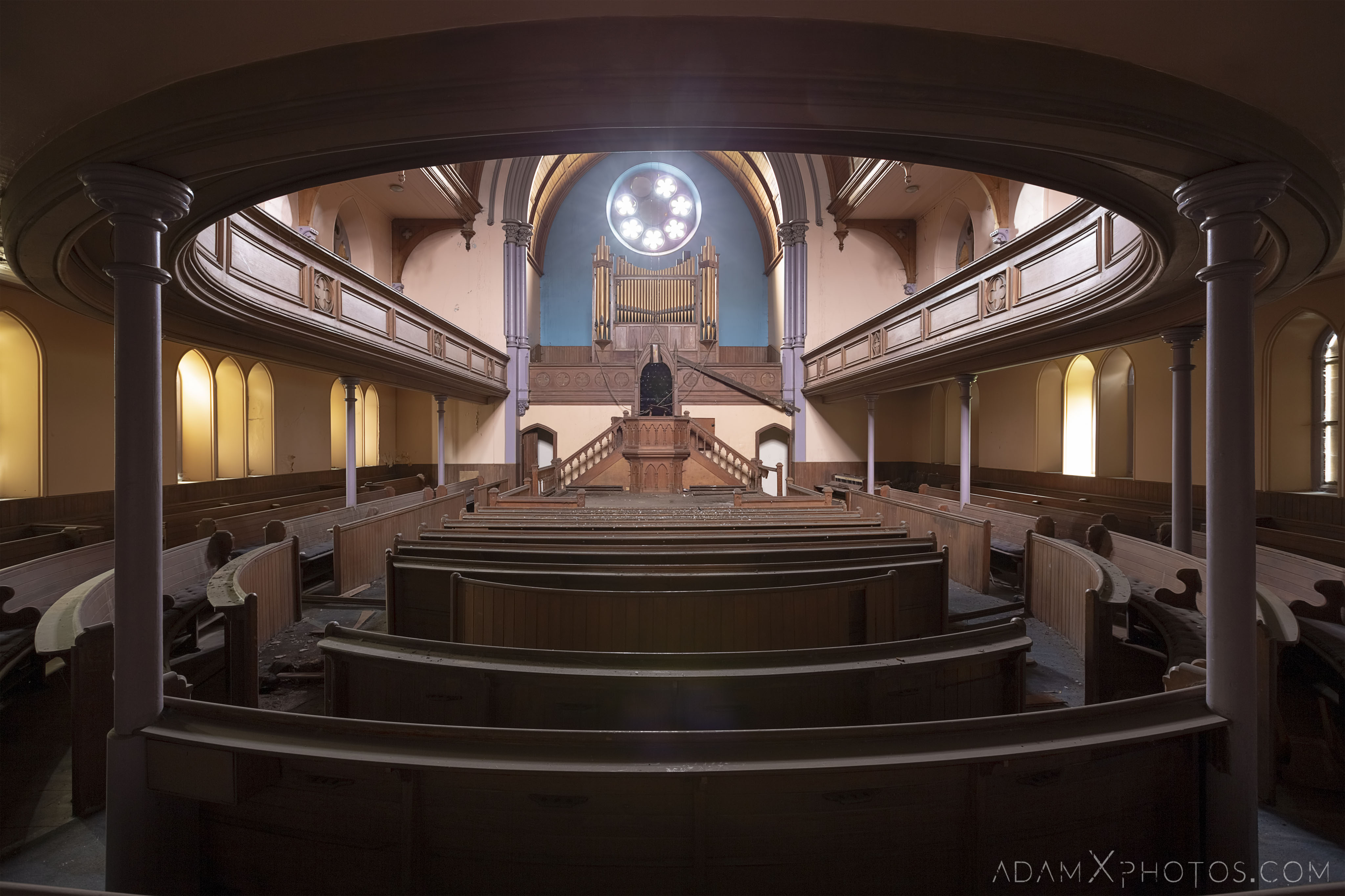 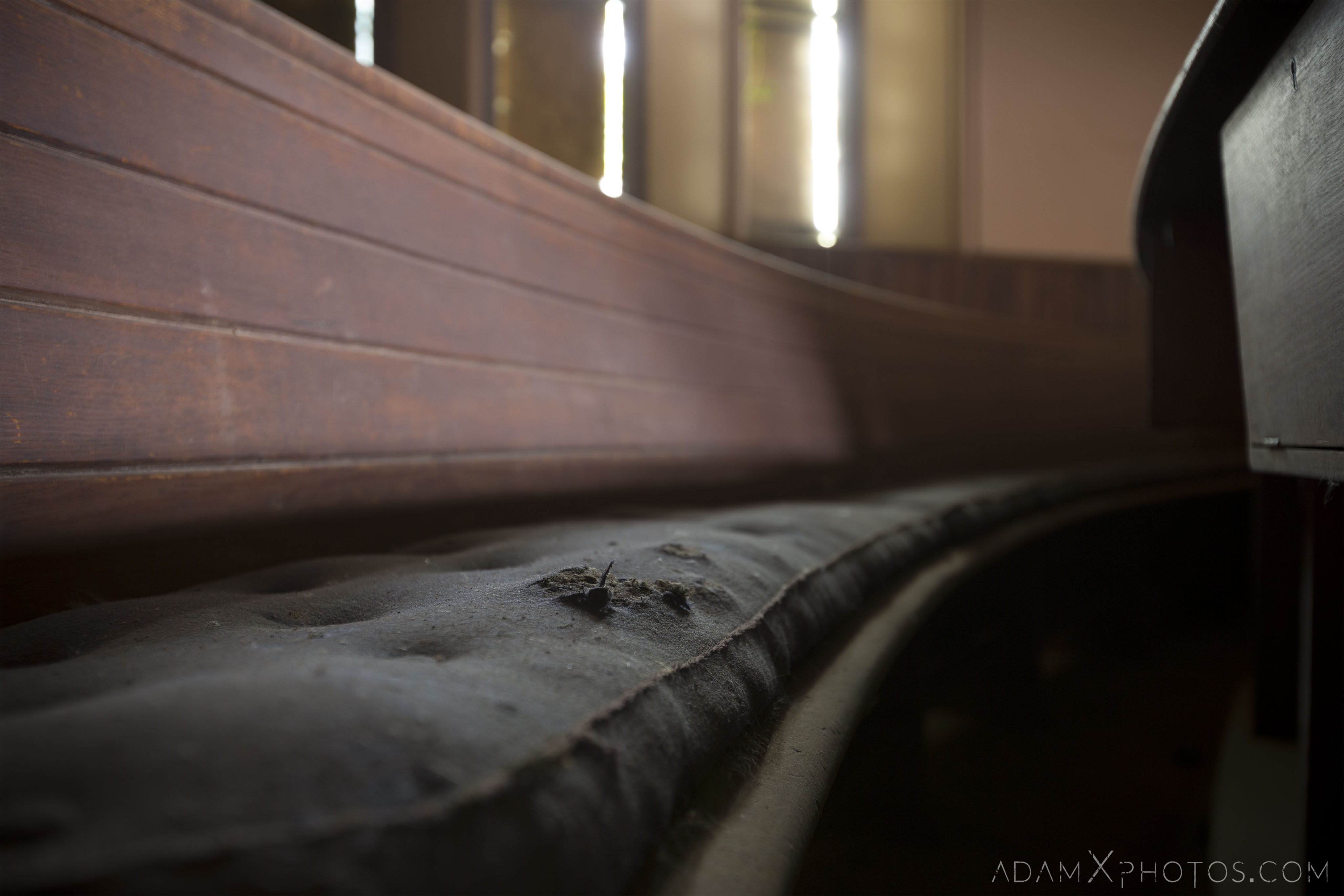 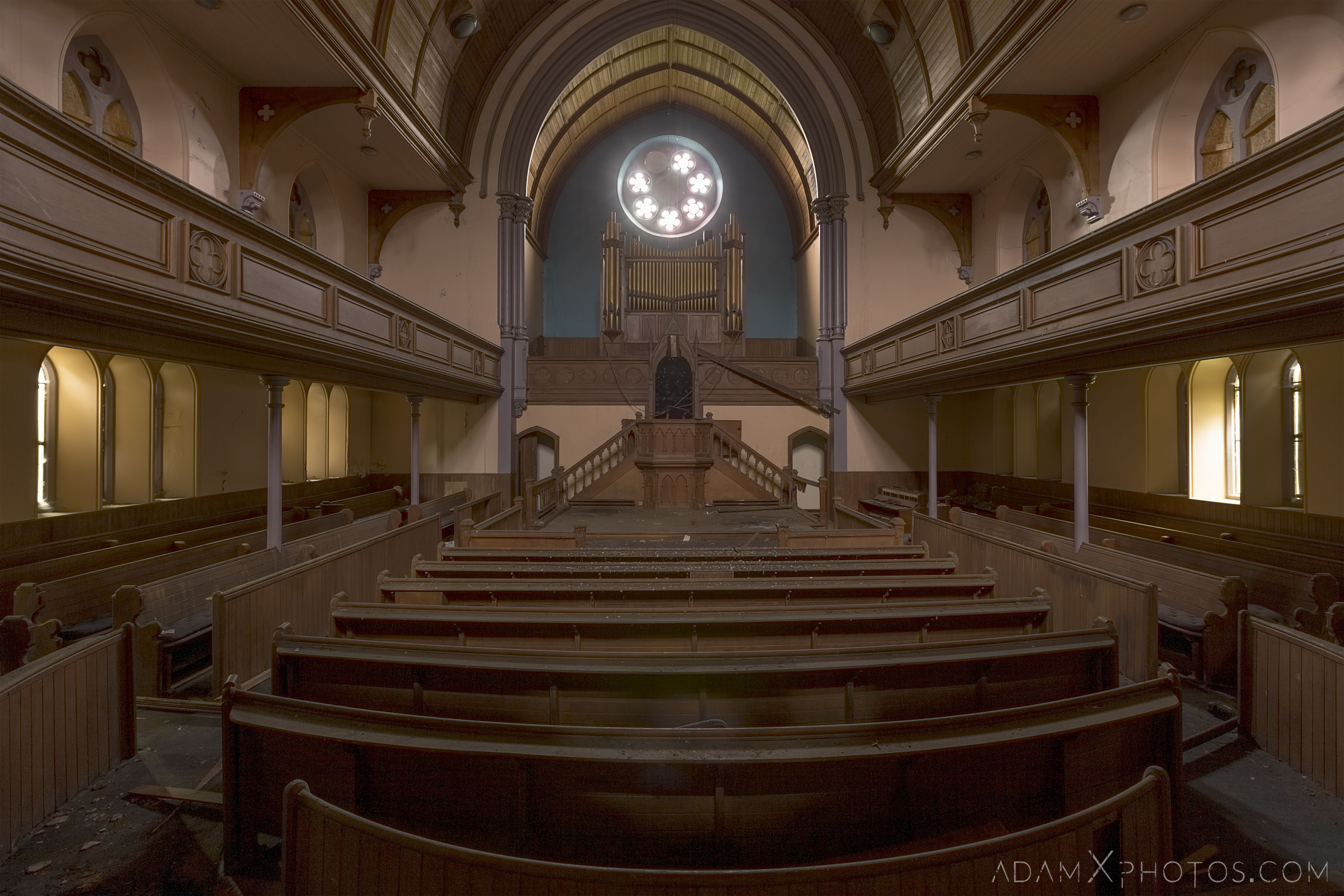 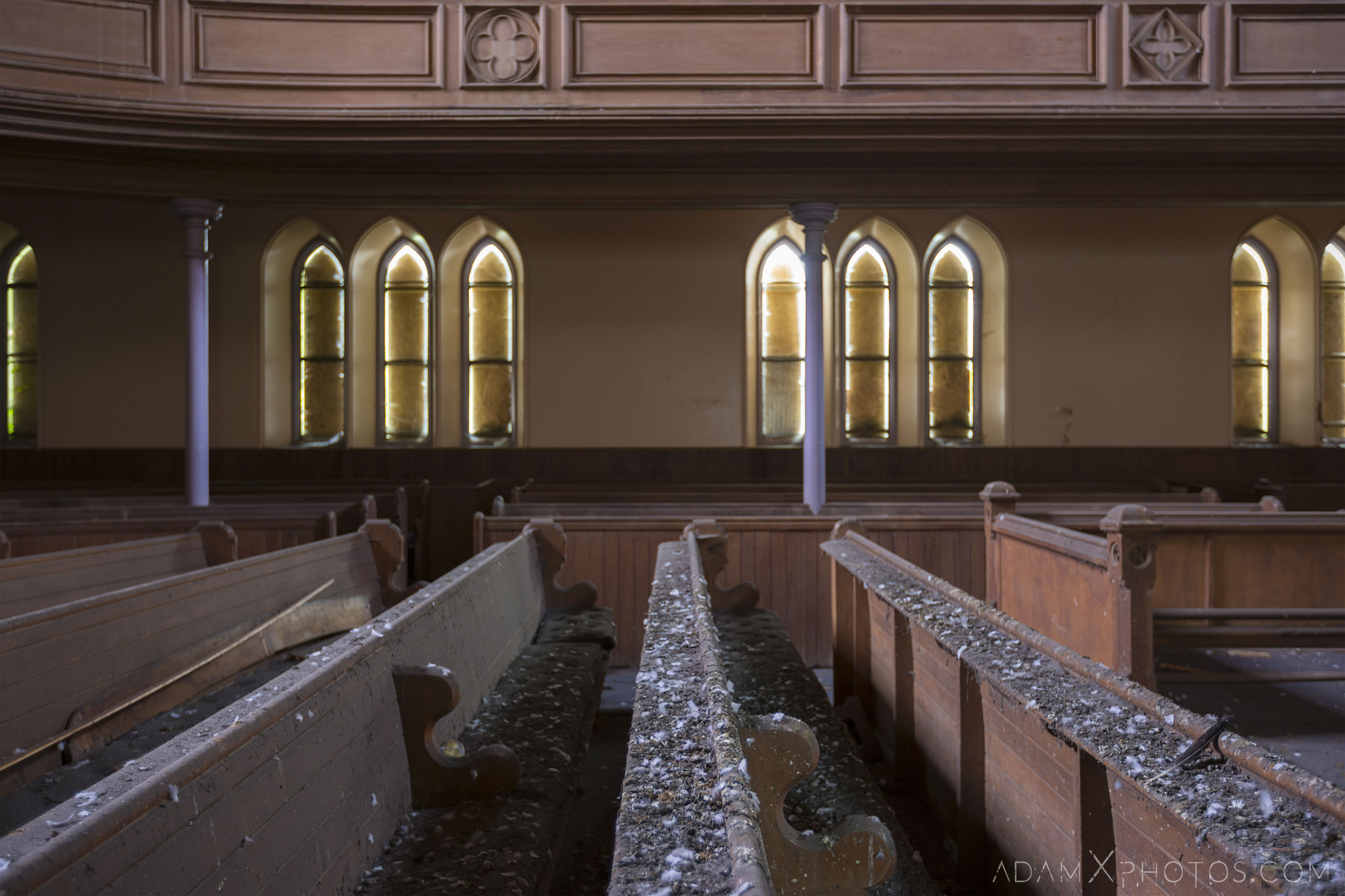 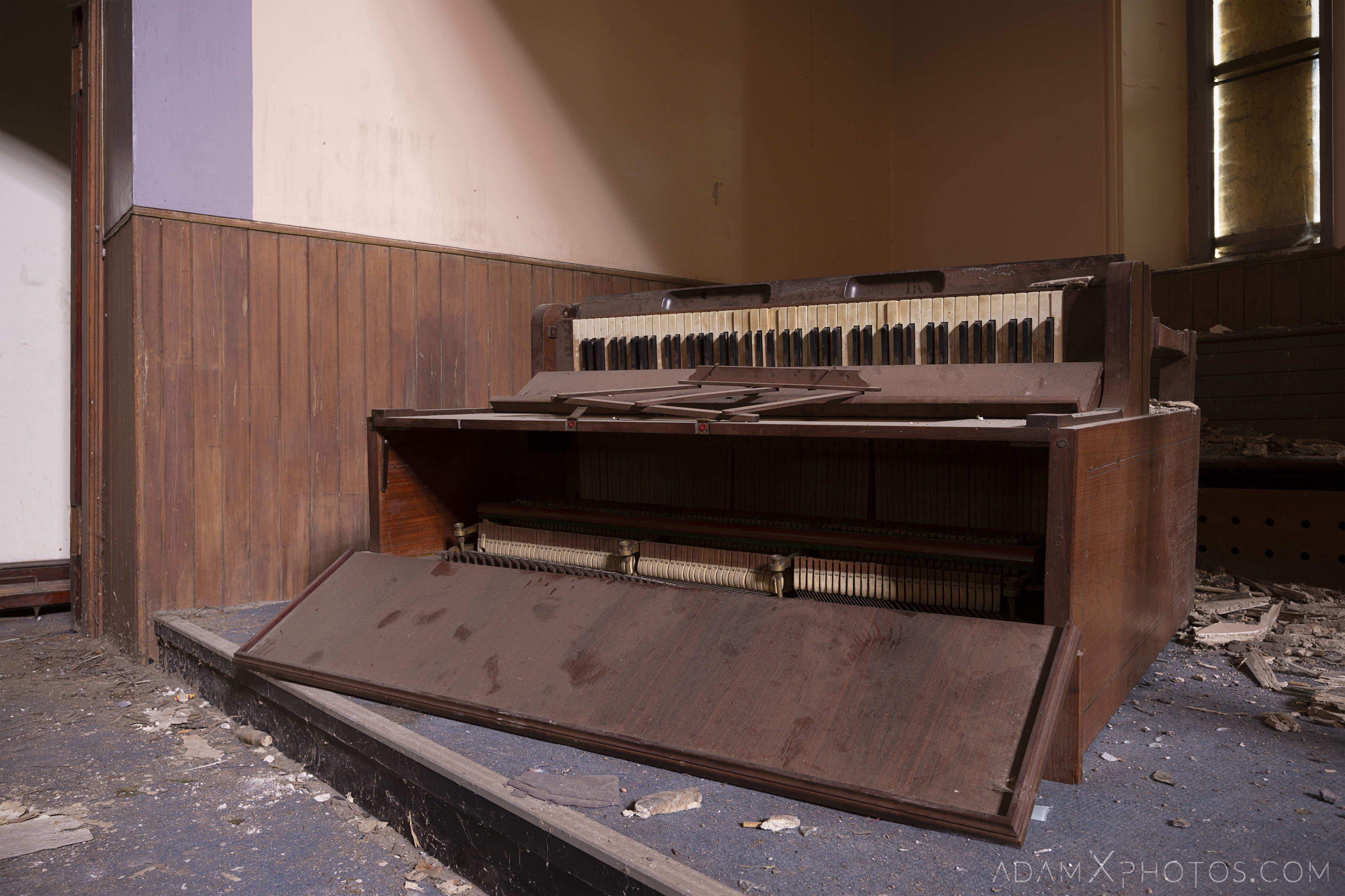 What a wonderful place to round off a fantastic road trip in Tim and Mark’s excellent company. I’m grateful that I got to see this grand old church before it was lost forever.

Photo of the church’s demolition below from The Southern Reporter – original copyright acknowledged. 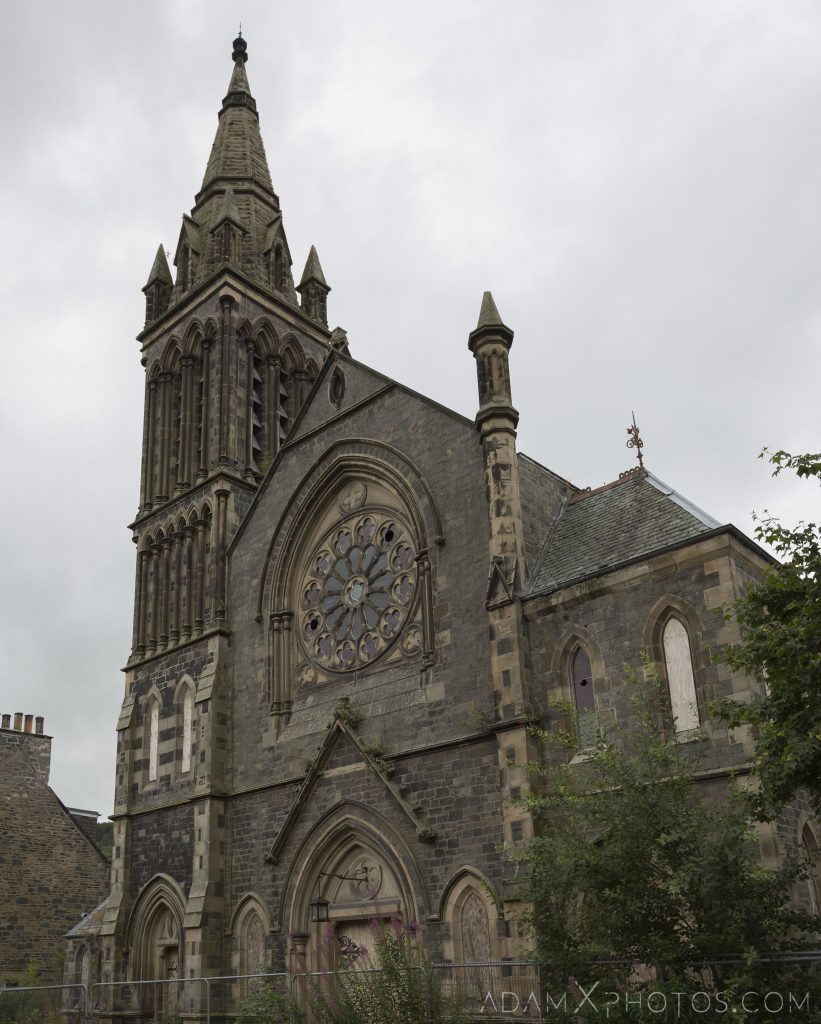 Peace be with you.
Adam X