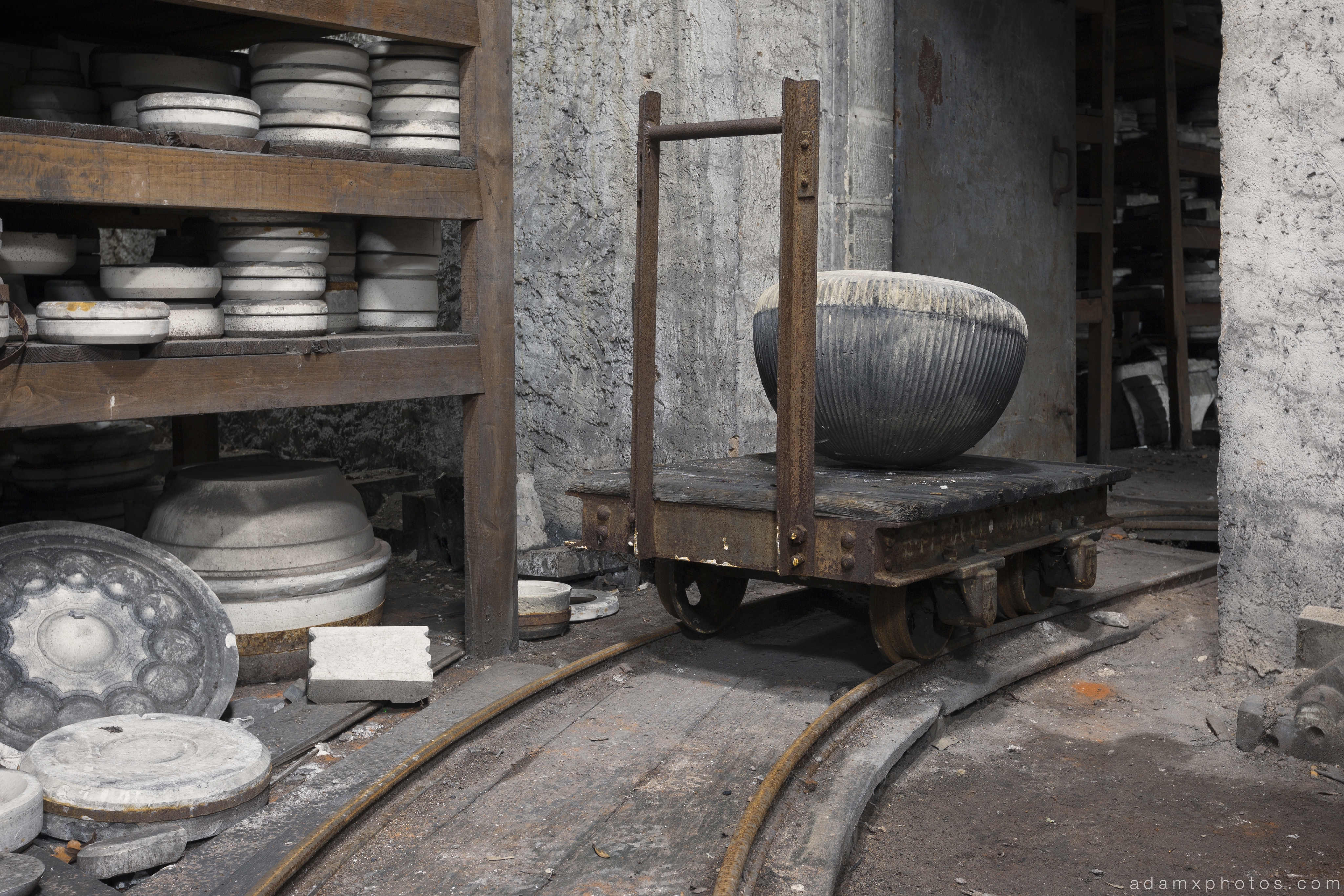 Explore #7 of ‘The Smell of Cheap Cologne Tour’

The final explore of our long weekend in Germany, Belgium and France was this long abandoned pottery, for which access was probably more memorable than the actual explore!

History
This region in the Northeast of France is well known for its ceramics. However this small pottery closed down many years ago when advances in technology made its limited facilities uncompetitive and its owner fled to Montenegro owing millions of Francs to the local workforce.

Our Explore
We knew very little about this place before we got there, other than an ominous message from one of our contacts that the place had been sealed tight and was inaccessible. We were in the area anyway, so weren’t to be put off that easily.

Unfortunately after half an hour or so of scouting every inch of the building’s perimeter it was clear that our friend’s information had been correct – padlocks, welded iron bars, bricked up windows. No way in. Except maybe for that broken window frame up on the second floor… challenge accepted!

James and I spent half an hour scouring the local area for suitable building materials, and another 10 minutes experimenting with our design to try and optimise height and stability and minimise the prospects of the trip ending à l’hôpital… the end result was one which we were rather chuffed with – here’s a phone shot of James on the way out…

Once inside we spent an hour or so soaking up the atmosphere of years gone by, whilst trying to avoid some of the more perilous and collapsed/collapsing parts of the building.

Eventually it was time for us to climb out, and after disassembling our ladder we hit the road and headed for the airport. For once we arrived a bit early, so typically our 1-hour flight home ended up being delayed by over 3 hours 🙁 But I later successfully sued Ryanair for flight delay compensation in the small claims court, and we got €250 each which paid for our flights for our next euro trip a couple of months later! 🙂

And so ended another successful and enjoyable euro trip.

Thanks for joining me.
Adam X