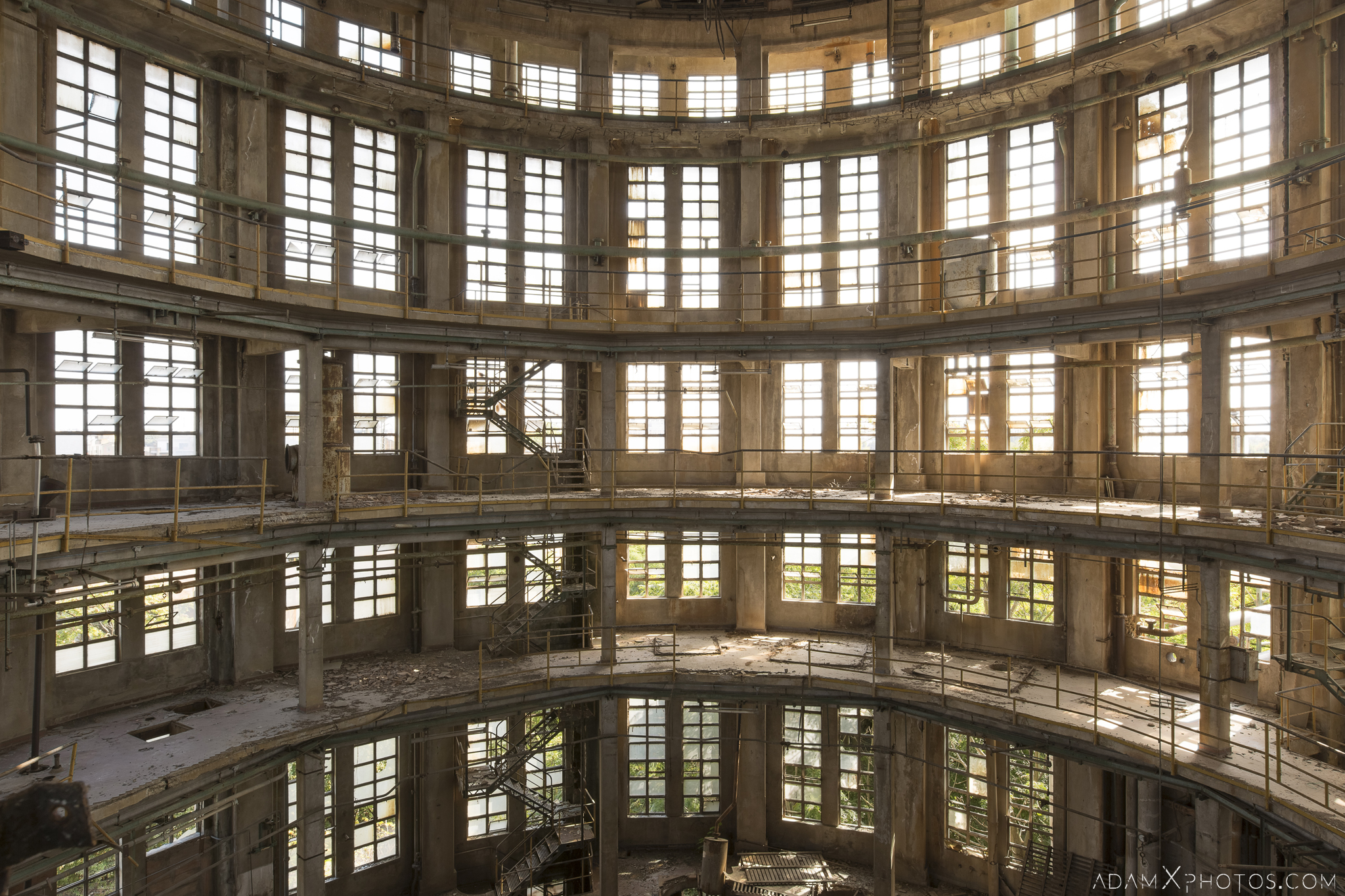 To be honest this tour was probably the least successful and enjoyable European trip so far (although all the others have been amazing), as it was overshadowed by a serious bit of bad luck before I even joined it, although I can’t go go into any details here. But you’ve got to take the rough with the smooth, and looking back I still have loads of amazing memories from the trip, which I will do my best to share in the forthcoming reports. We still had some epic and fun times, and I’m so grateful that I got to explore some really cool locations with great friends.

After lots of last minute rearranging of plans I eventually joined the rest of the gang (James, Jade and Dan) for the second half of their week long roadtrip. I arrived in the early hours of the morning, and after a quick beer and catch up grabbed a few hours kip before an early start the next morning.

The first location was a huge derelict industrial tower of a former distillery, codenamed ‘Oculus’.

Our Explore
James had been chased off the site by workers when he had attempted it solo a year or so earlier, and as we cautiously approached we could hear what sounded like demolition work extremely near by. Silently we altered our final approach to the tower to keep as much cover as possible. The noise of workers (or metal thieves? we couldn’t be sure) were only yards away, just the other side of the tower. Carefully we crept to the perimeter and made our way inside the smashed remains of Oculus… 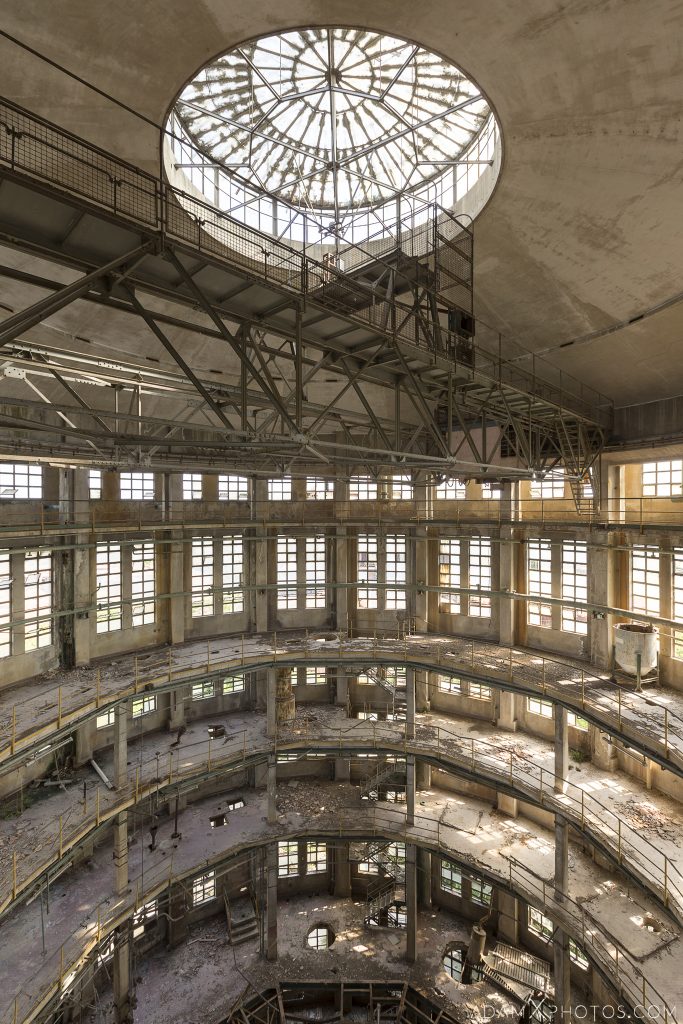 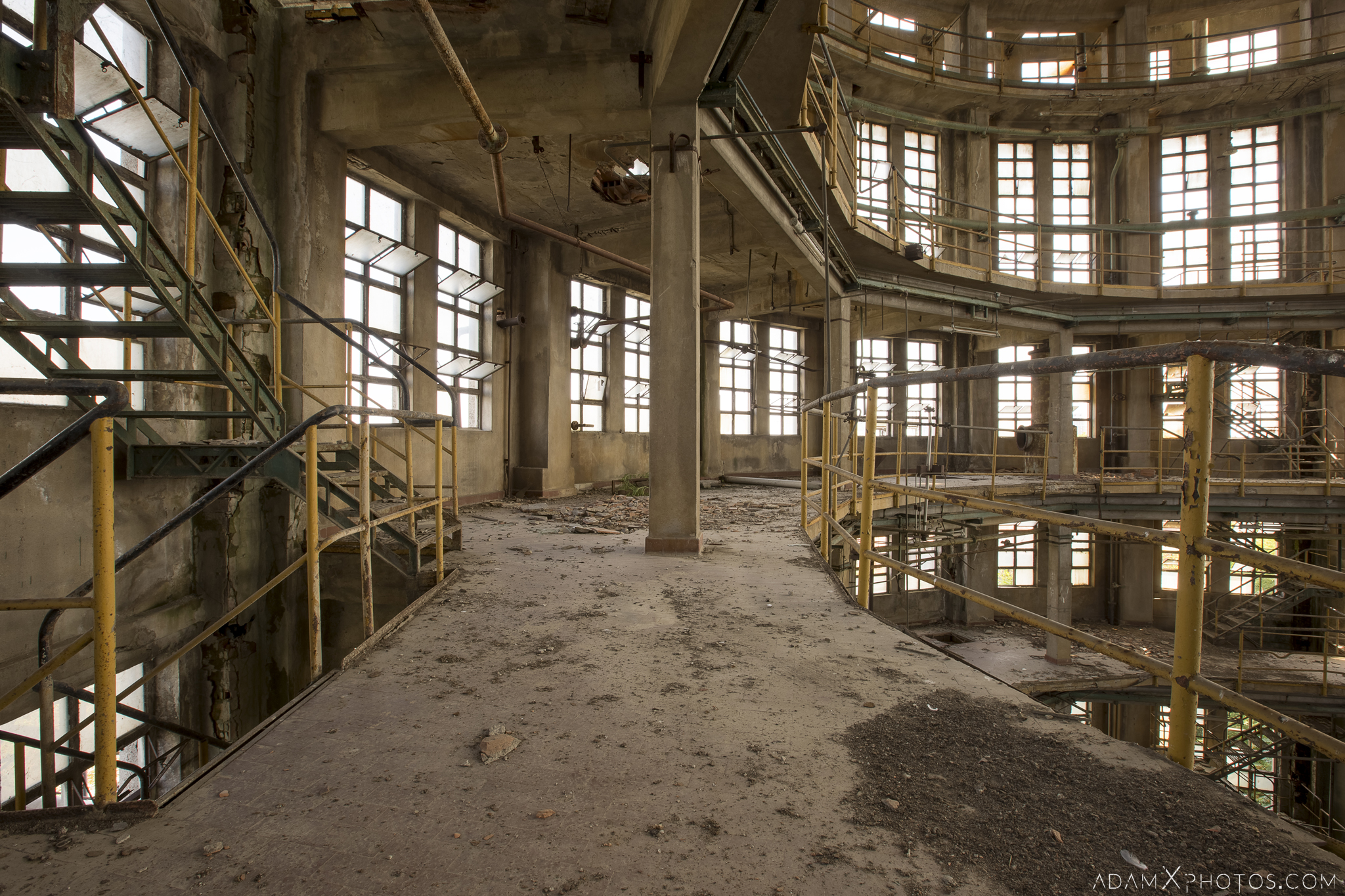 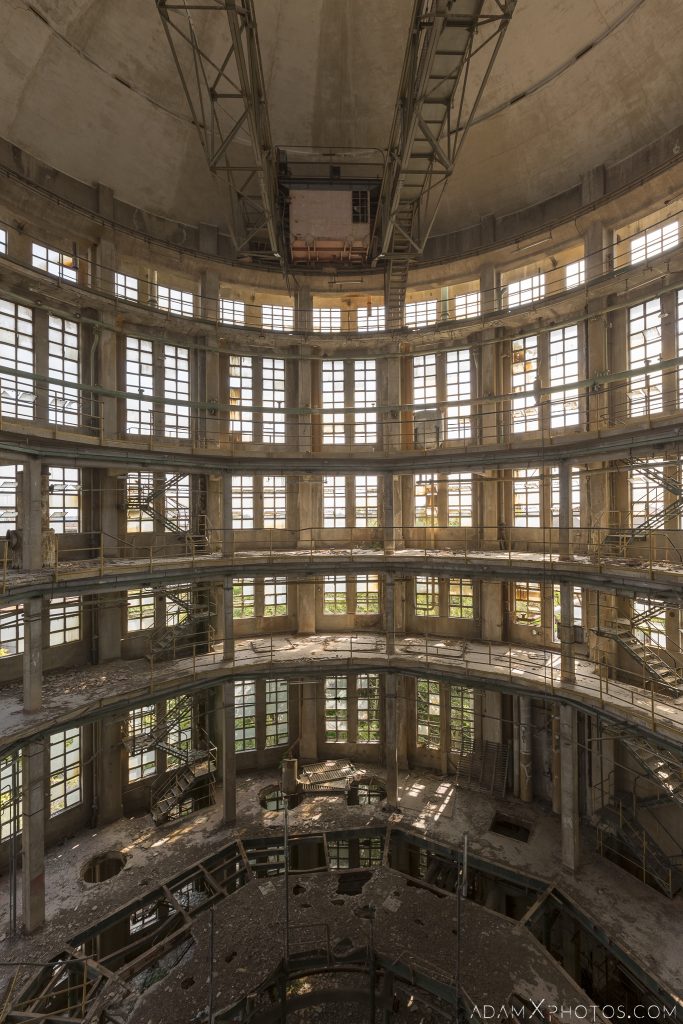 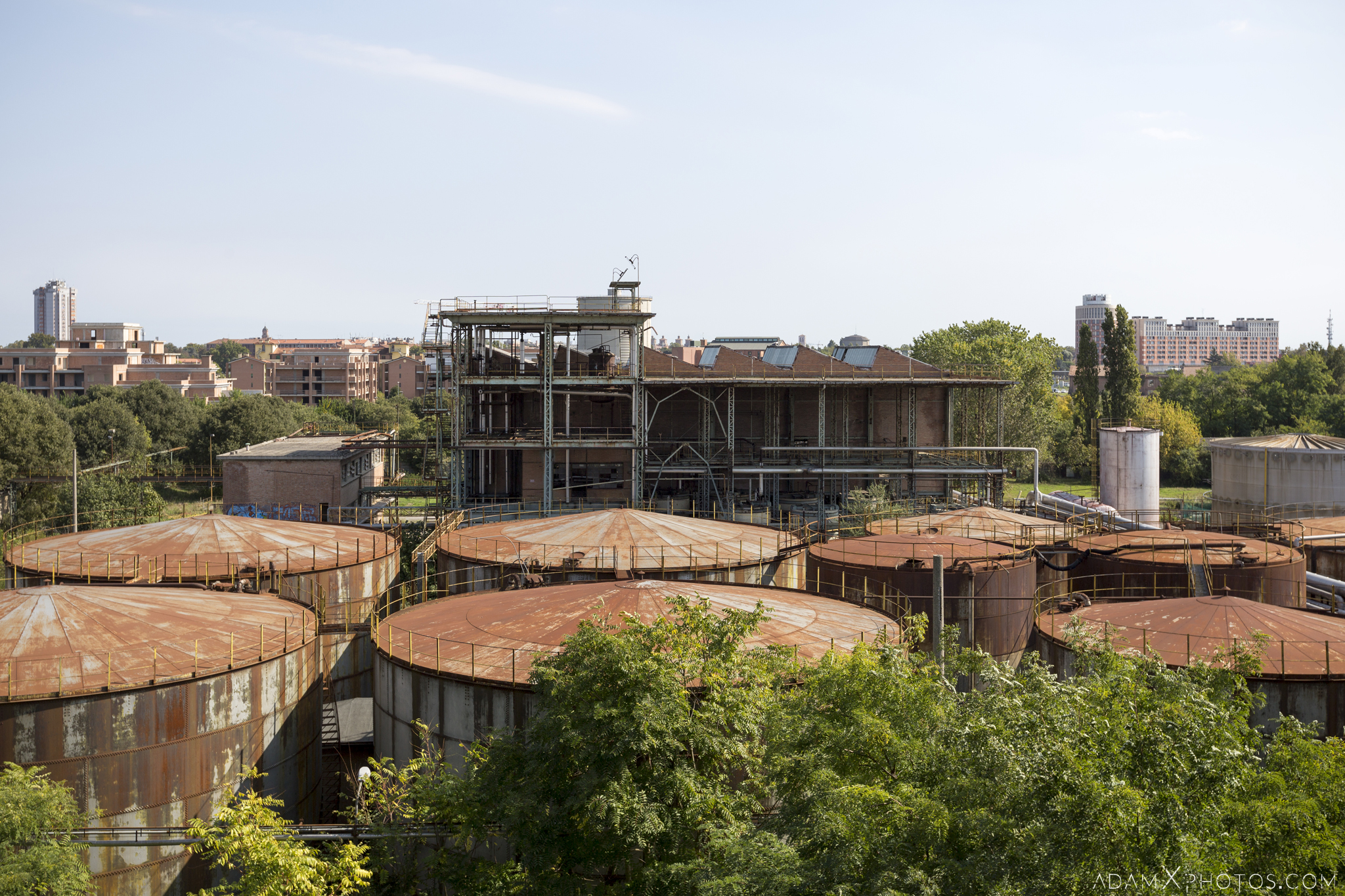 The view over some of the rest of the site. 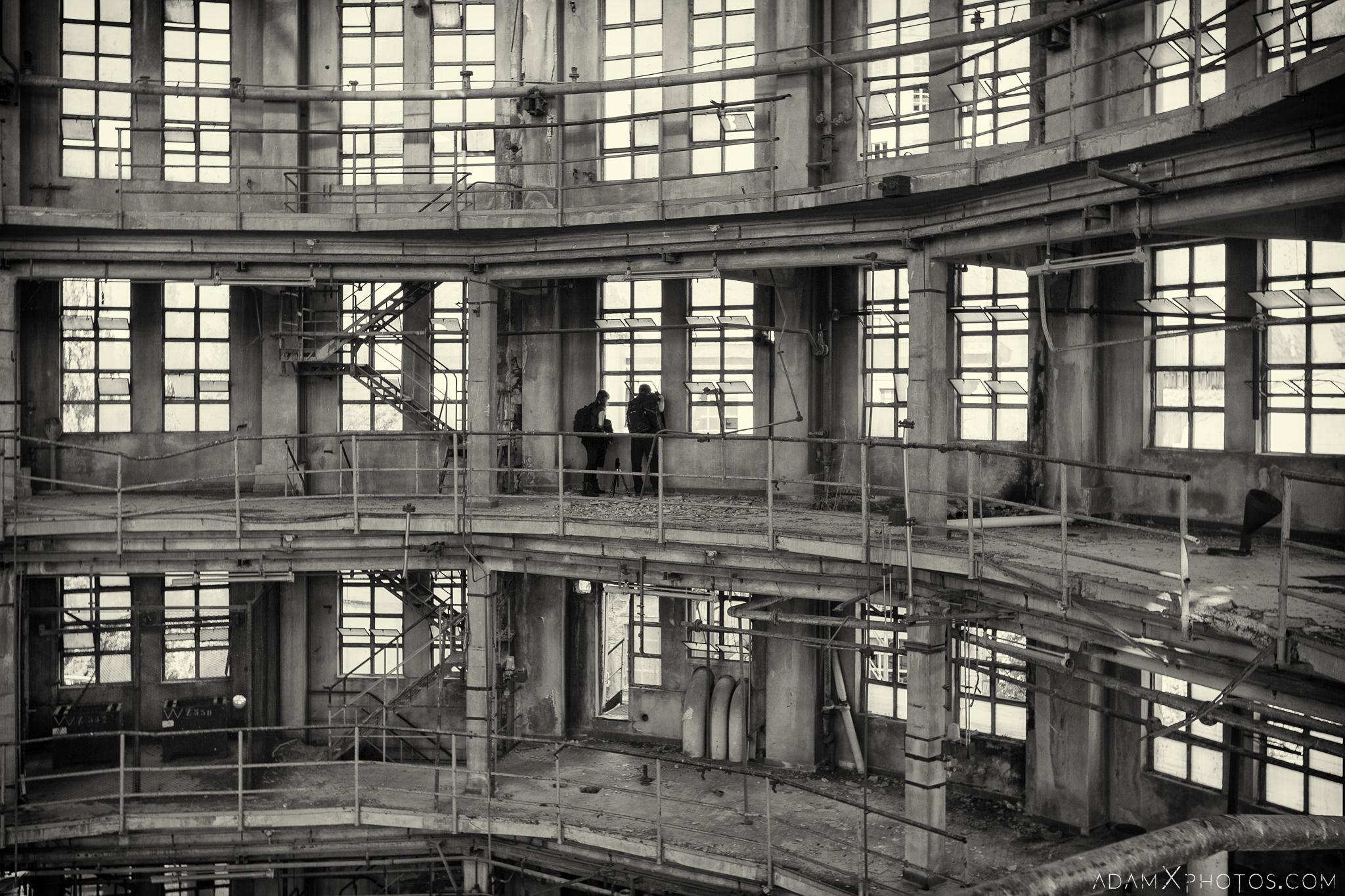 James and Jade looking out for nearby workers… 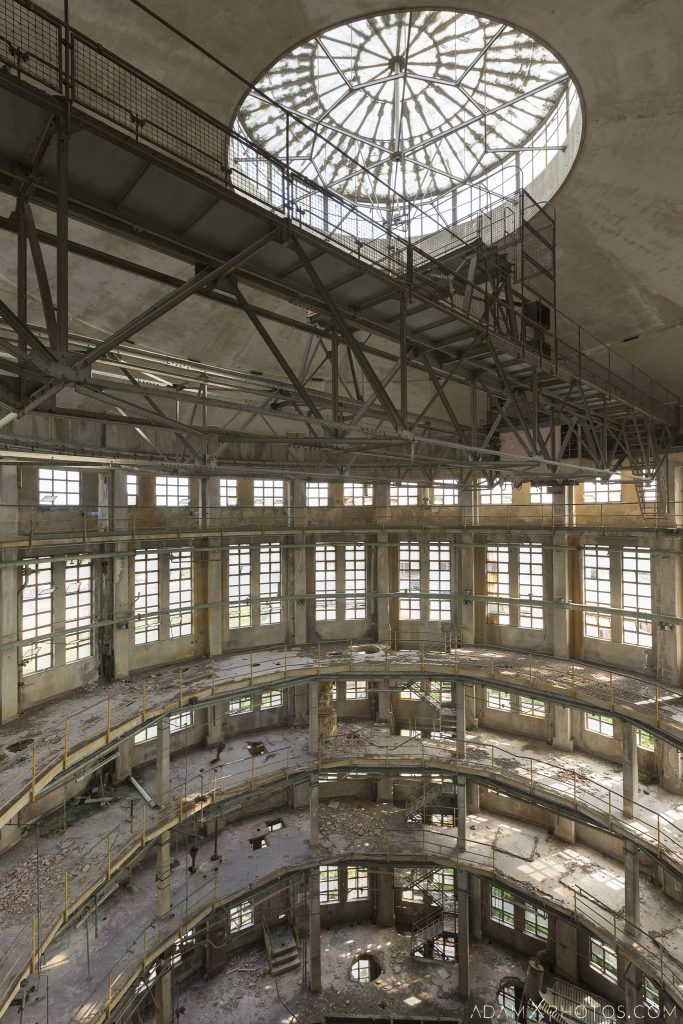 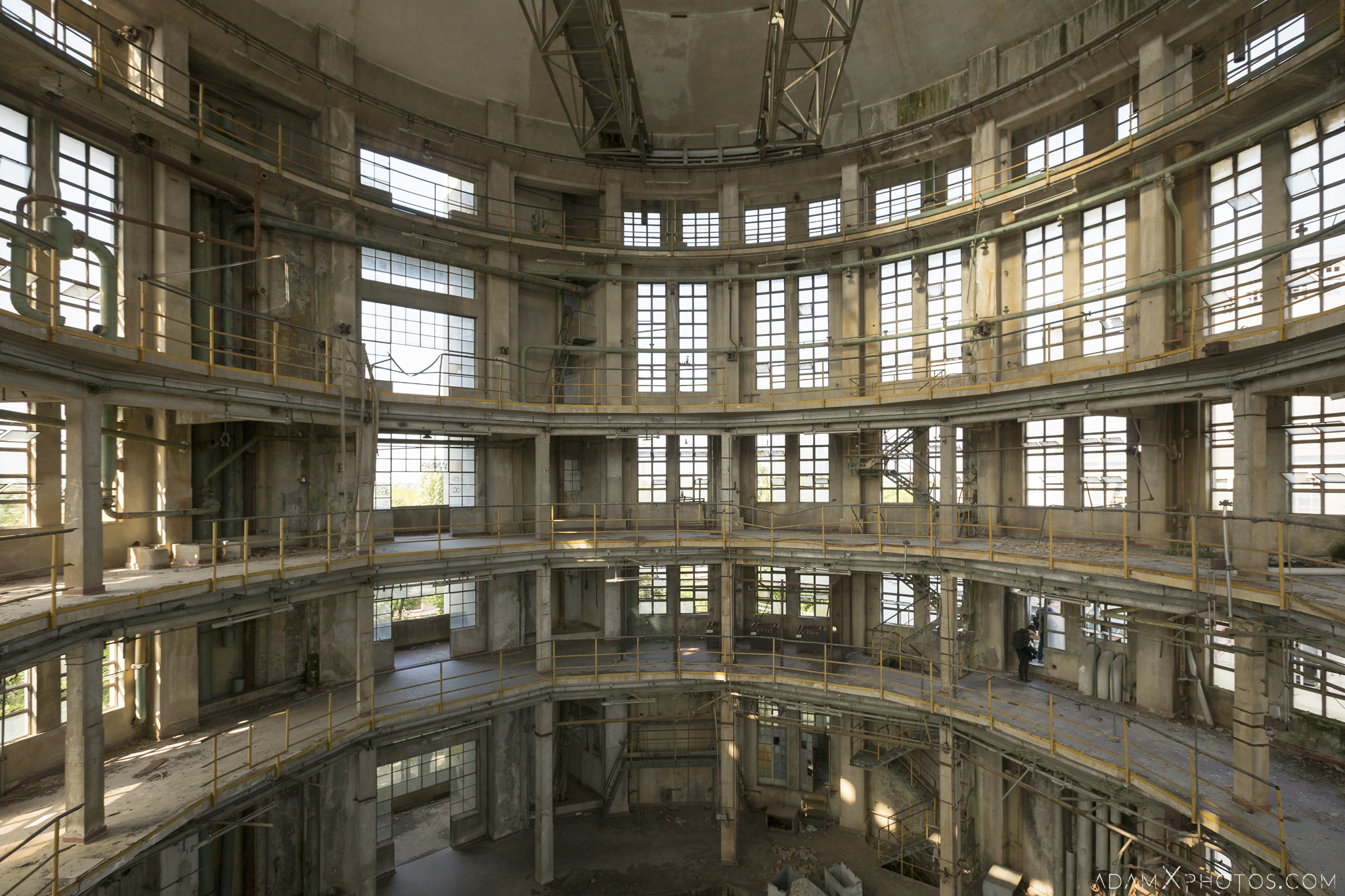 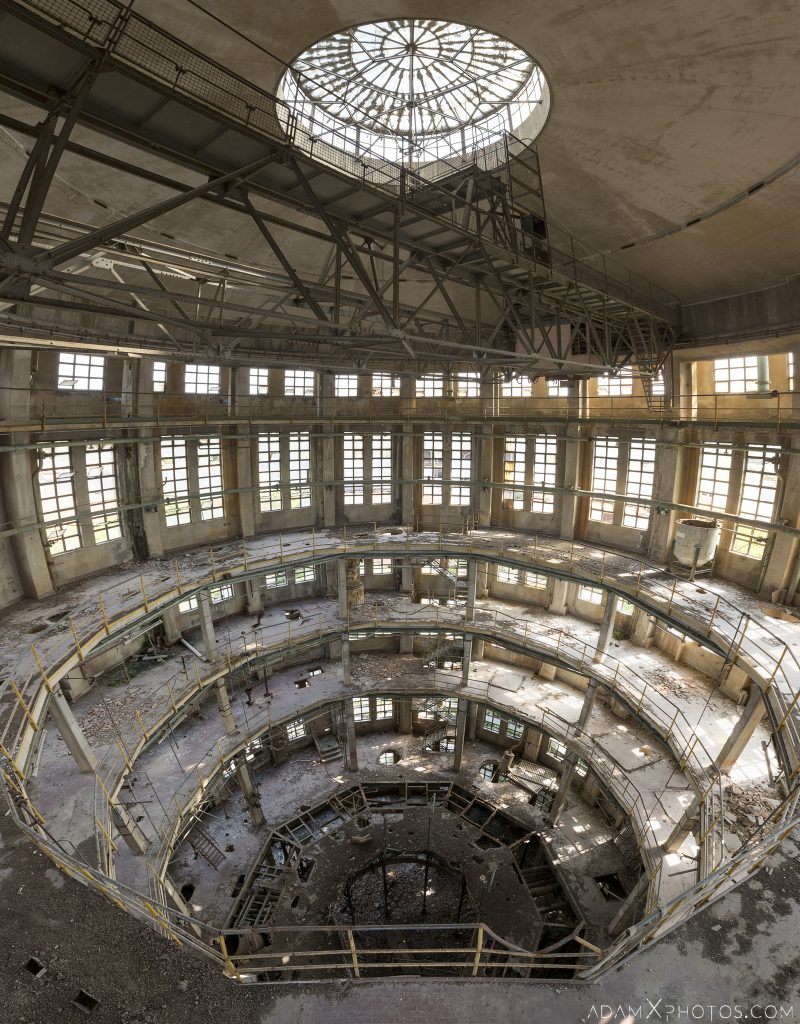 As we left we ran into the people who had been making all the nearby noise, and there was a slightly nervous moment when we saw that one of them was wielding a large crowbar. Luckily they also saw our tripods with heavy metal heads attached, and as we were leaving there was no problem. I grabbed a quick external photo of the tower as we headed off for the next location… 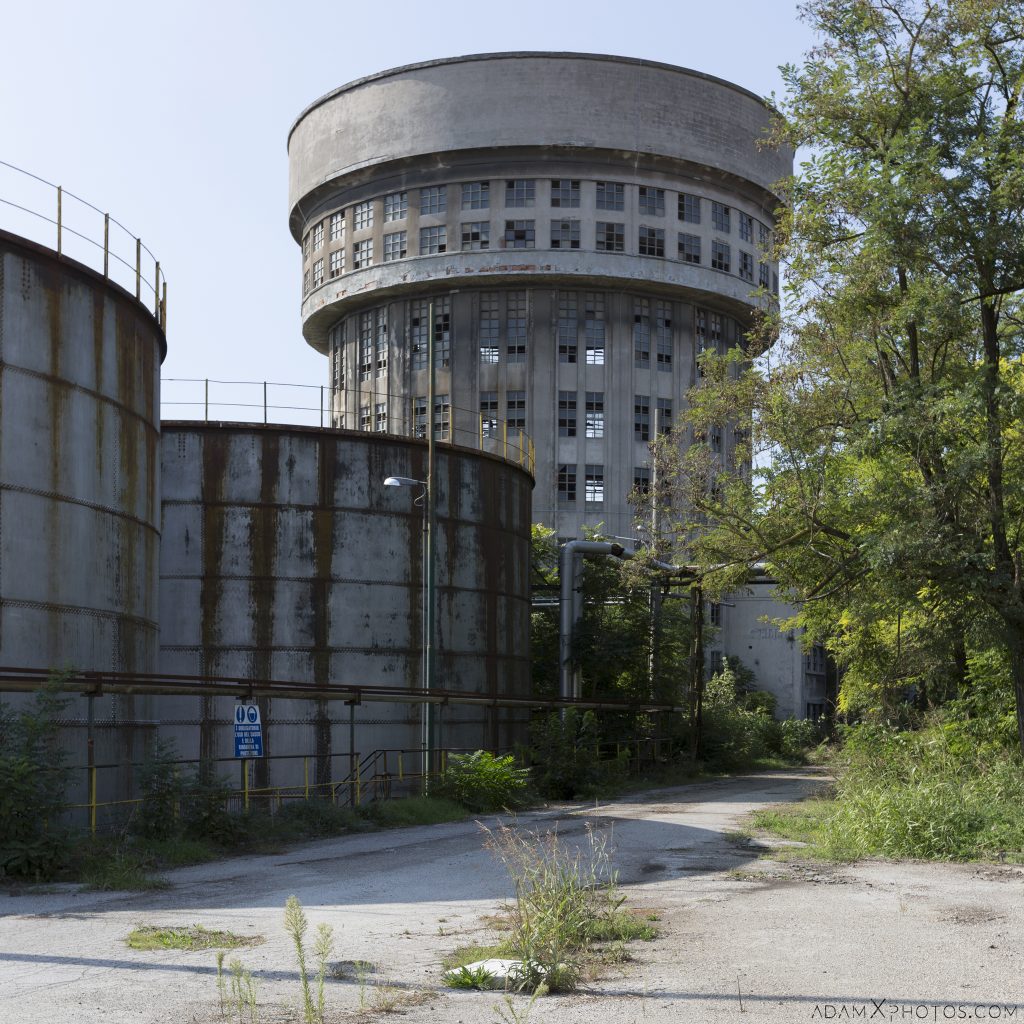