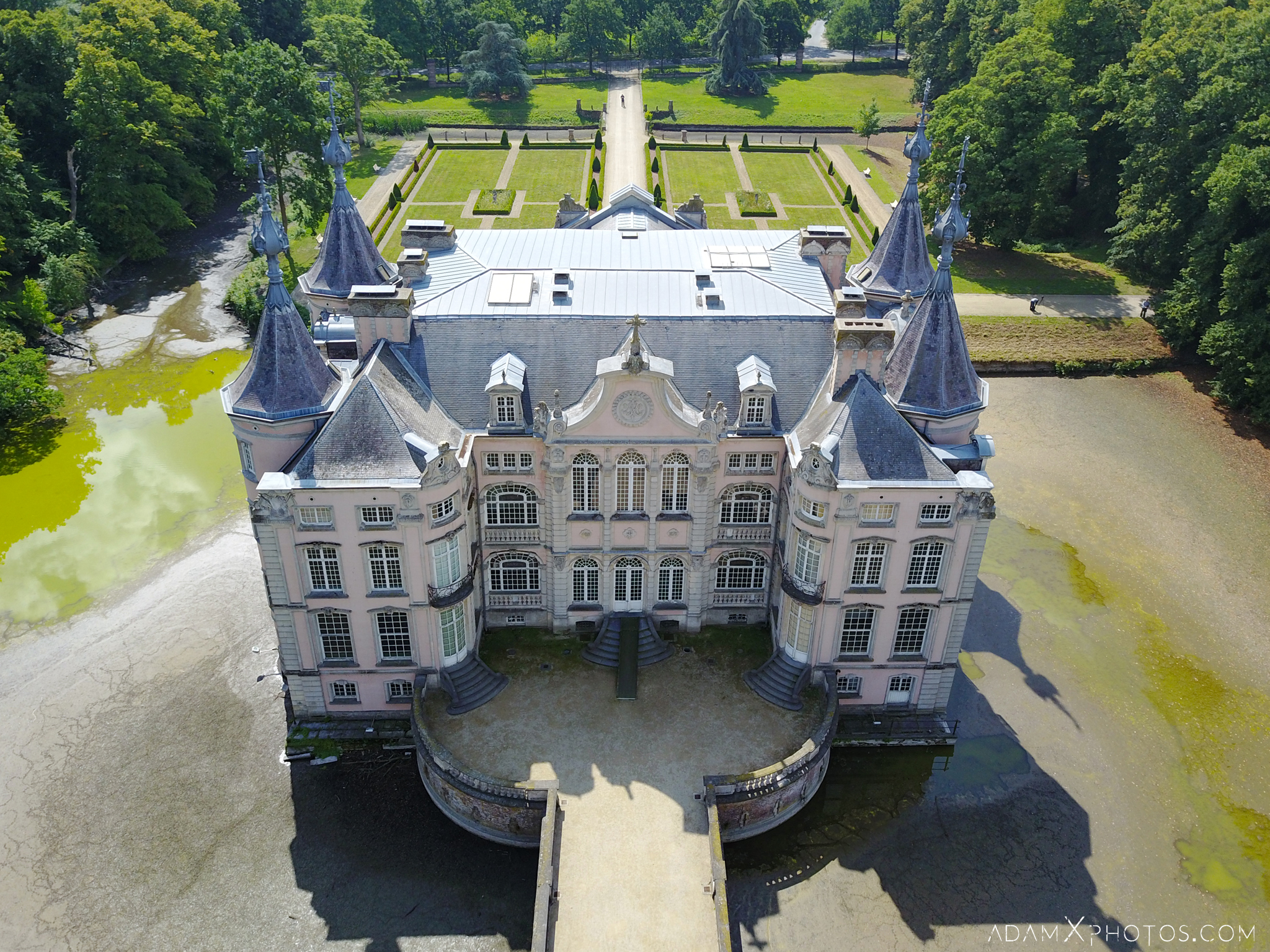 After our visit to Usine Skeleton, we made a quick stopover to stroll around the grounds of this beautiful old castle. I finally had time and opportunity to give my drone a fly, so thought I’d share a handful of the shots with you.

History
The first castle was built on this site in the twelfth century, or perhaps even earlier. It was destroyed during an uprising in the 1450s, and not rebuilt until more than a century later. Further substantial works were also carried out in the mid seventeenth and eighteenth centuries. The most recent family to own the castle acquired it in the 1870s, with the last significant rennovations taking place shortly after.

The castle has been a protected monument since the 1940s. The last surviving heir donated the entire property to the National Work of Catholic School Colonies in the 1950s, which later used it for holiday accommodation and as a refuge for problem children. In the 1970s the castle passed into ownership of the local municpality, and it now sits empty and disused except for occasional cultural gatherings or parties.

Whilst the others walked around the gardens, I took to the air… unfortunately being towards the end of a long hot summer there was very little water left in the moat! 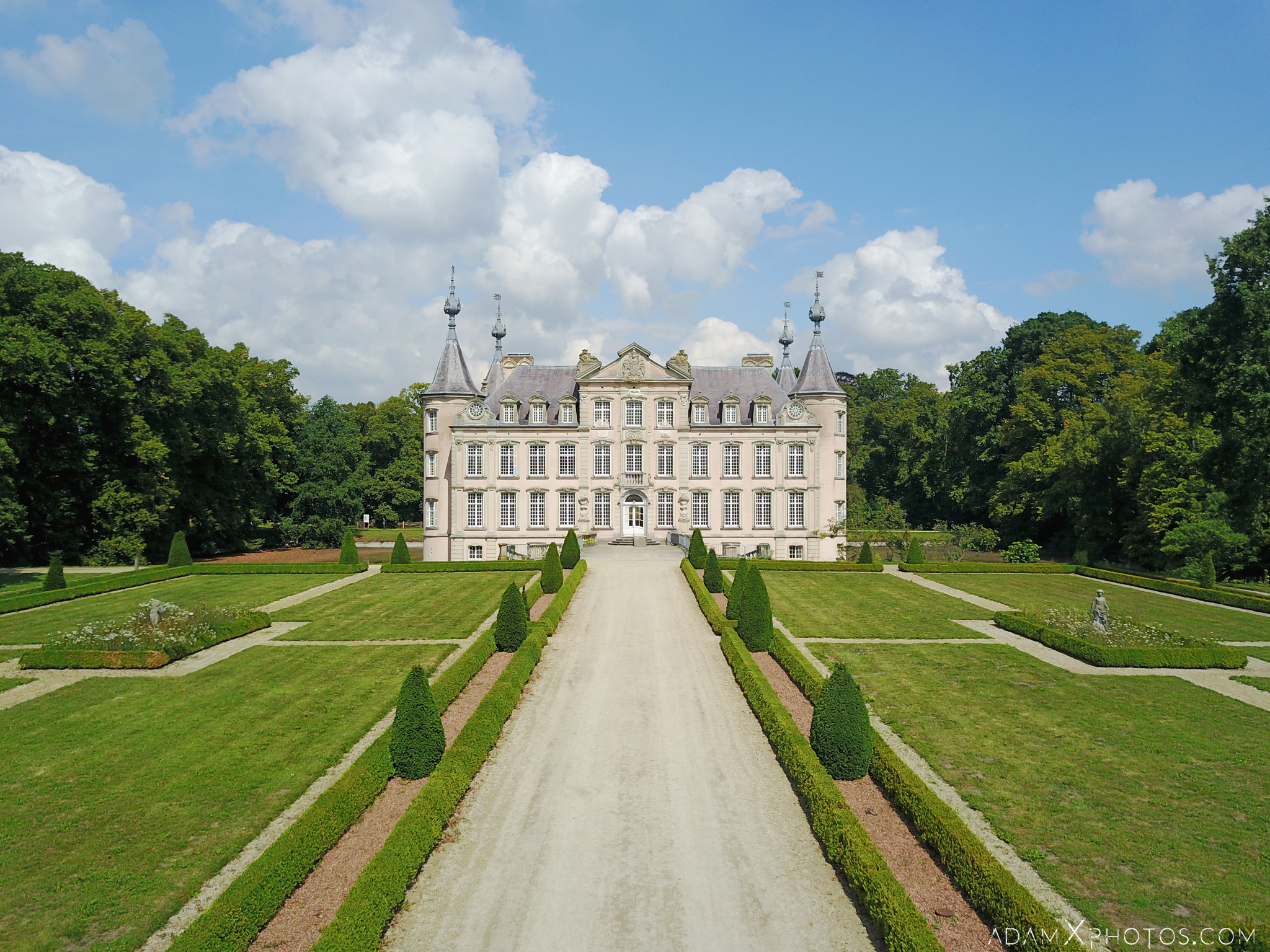 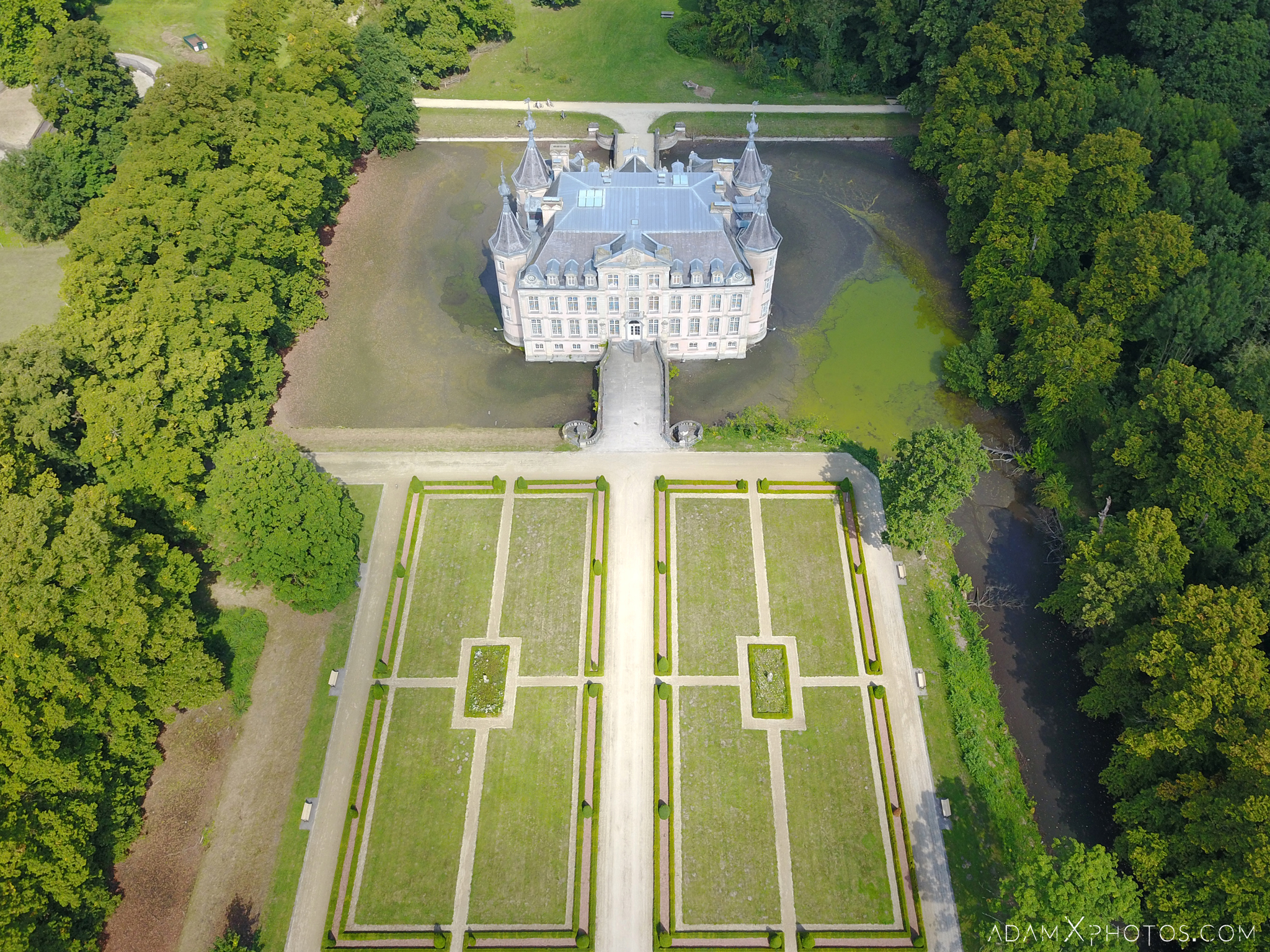 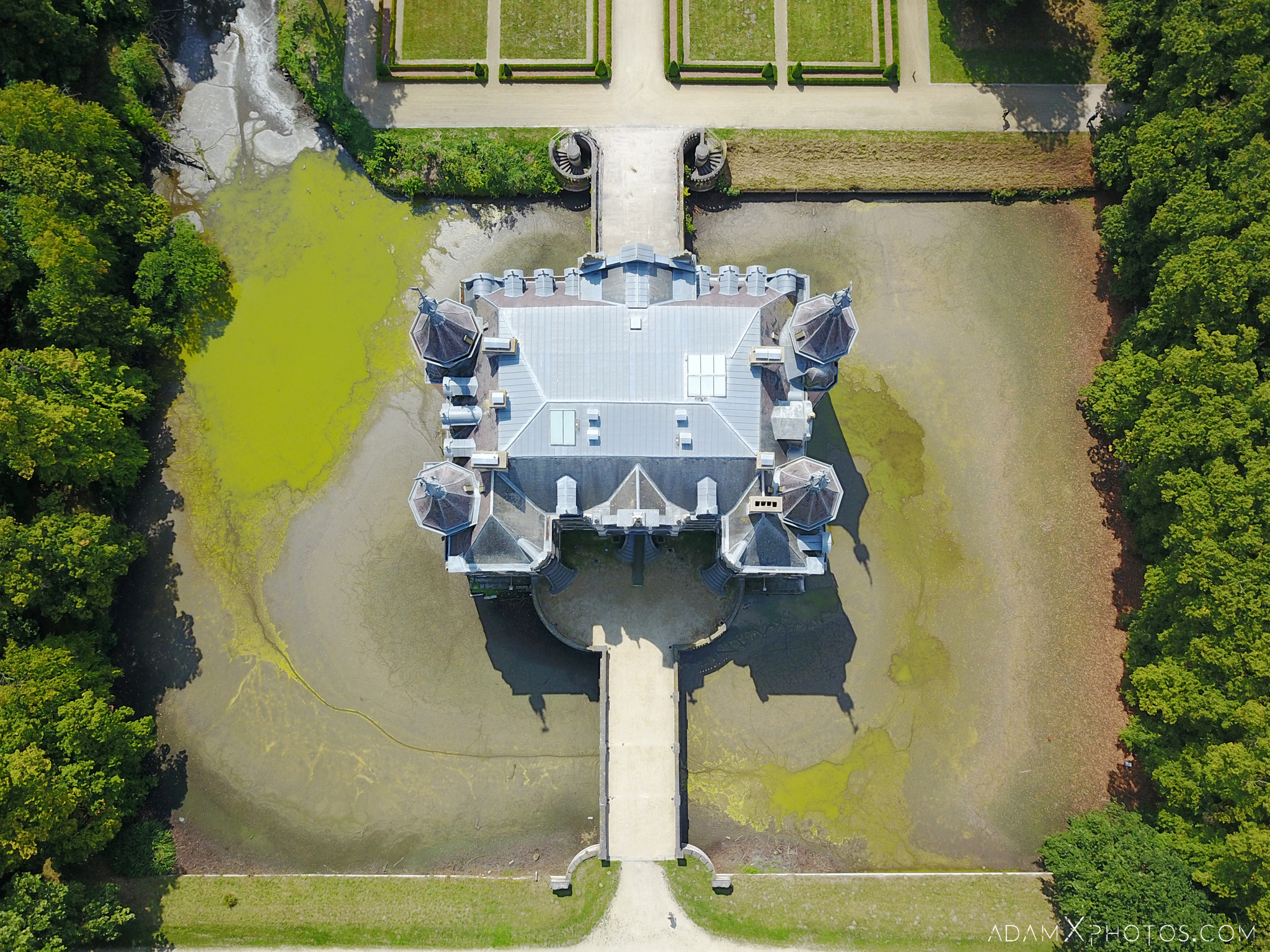 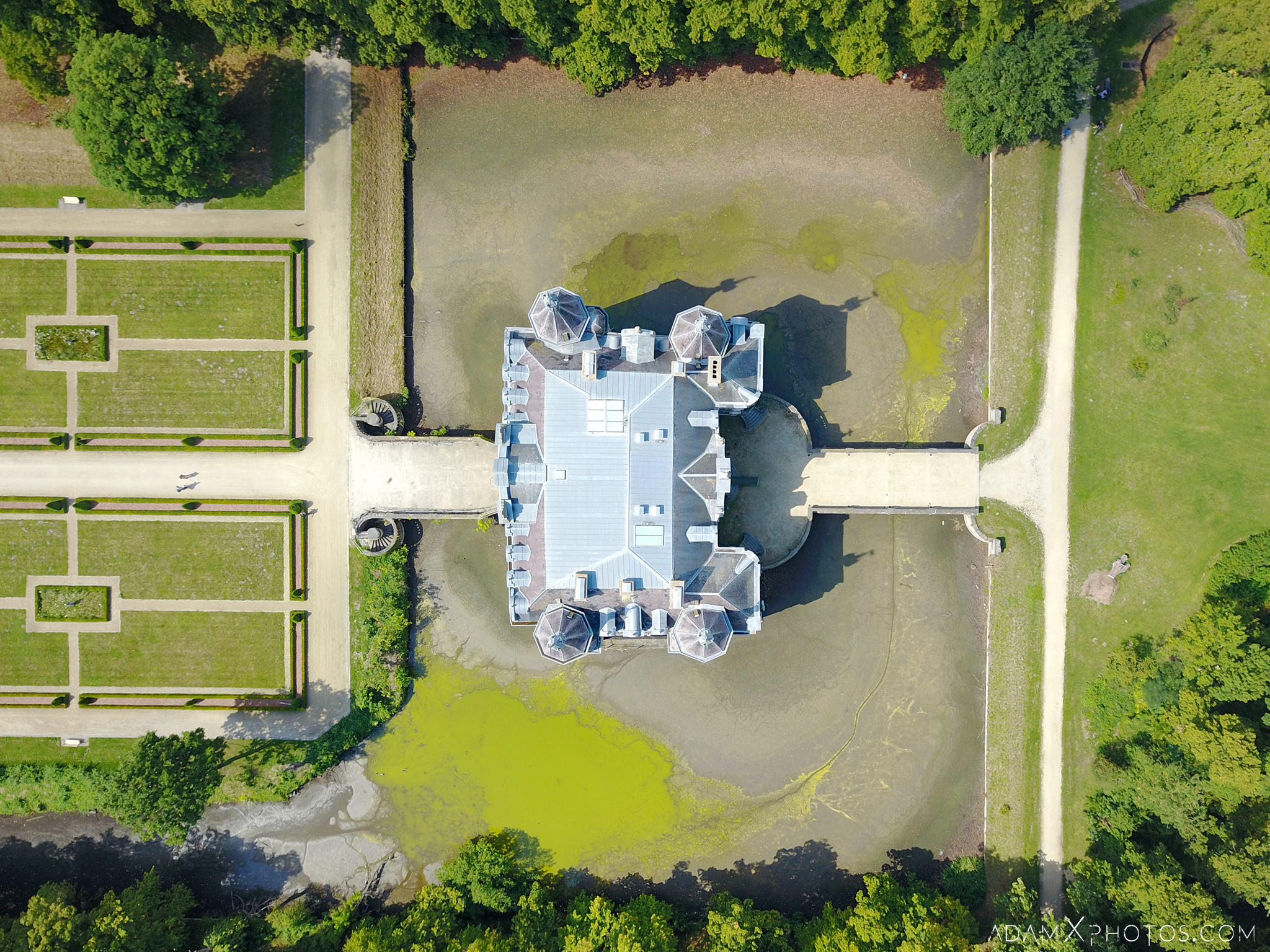 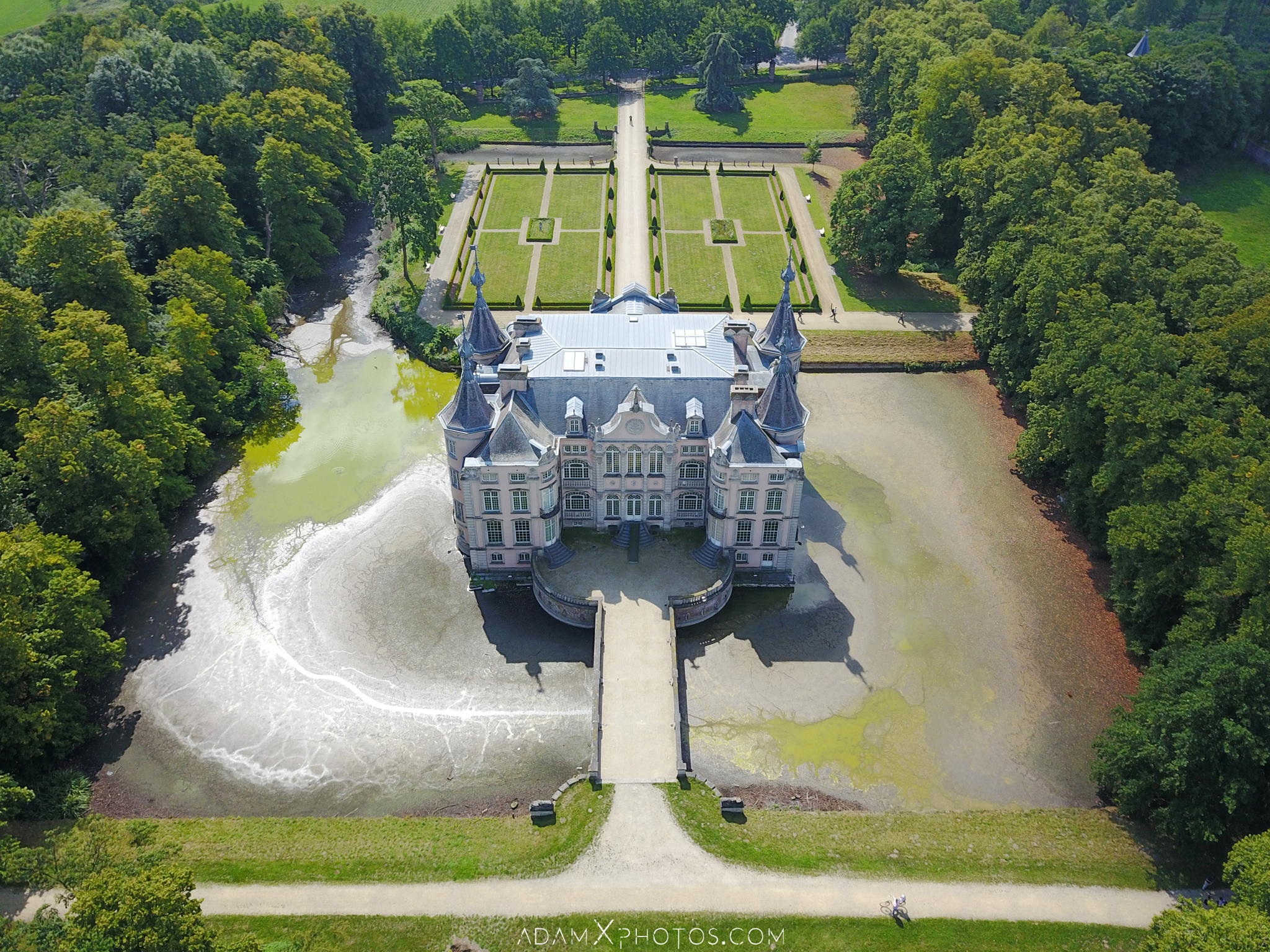 Thanks for flying past.
Adam X