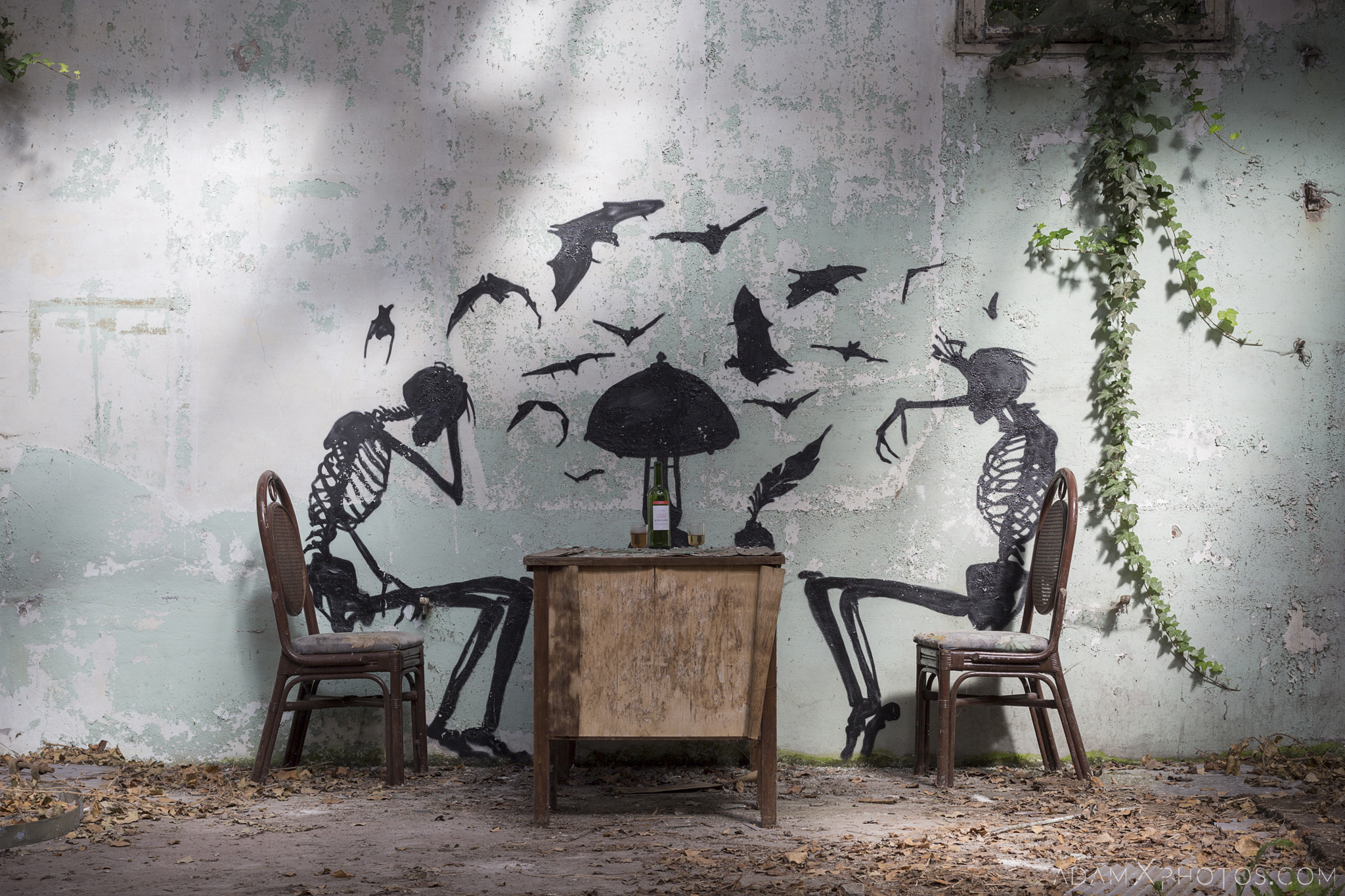 Explore #6 of ‘The Greased Otters Tour’.

Time for something a little different, but hopefully still visually interesting…

History
This site was a printing and publishing company, originally run in a nearby city from the end of the 19th century, but relocated and expanded at this location behind the family’s home in 1935.

Over time the focus of the business moved from postcards and photographs to more commercial printing, such as labels. Between 1948 and 1976 ownership passed into the hands of several American multinational companies, but production gradually withered with a lack of investment, and the site finally closed with the loss of the 46 remaining jobs in 2004.

Since then the site has become derelict, and in recent years used as a canvas for Ghent street artists Klaas Van der Linden (the skeletons) and ROA (the insects/animals), before being occupied by squatters.

Our Explore
Arriving mid morning in a quiet residential neighbourhood our UK car plates instantly drew suspicious looks from a couple of locals. I decided to approach them, and tried to explain in my best (i.e. terrible) French that we were just looking to photograph the art works of the skeletons. This was a good call, as the lady immediately relaxed and started chatting to me, even leading our group round to where the entrance of the squatters’ main compound was and introducing us to them. As a result the squatters allowed us in to the site, and left us alone to grab a few shots. Unfortunately it was actually *too* sunny that day, which resulted in some very harsh and high-contrast light conditions. Still, it was an interesting little stopover and I hope you enjoy my shots… 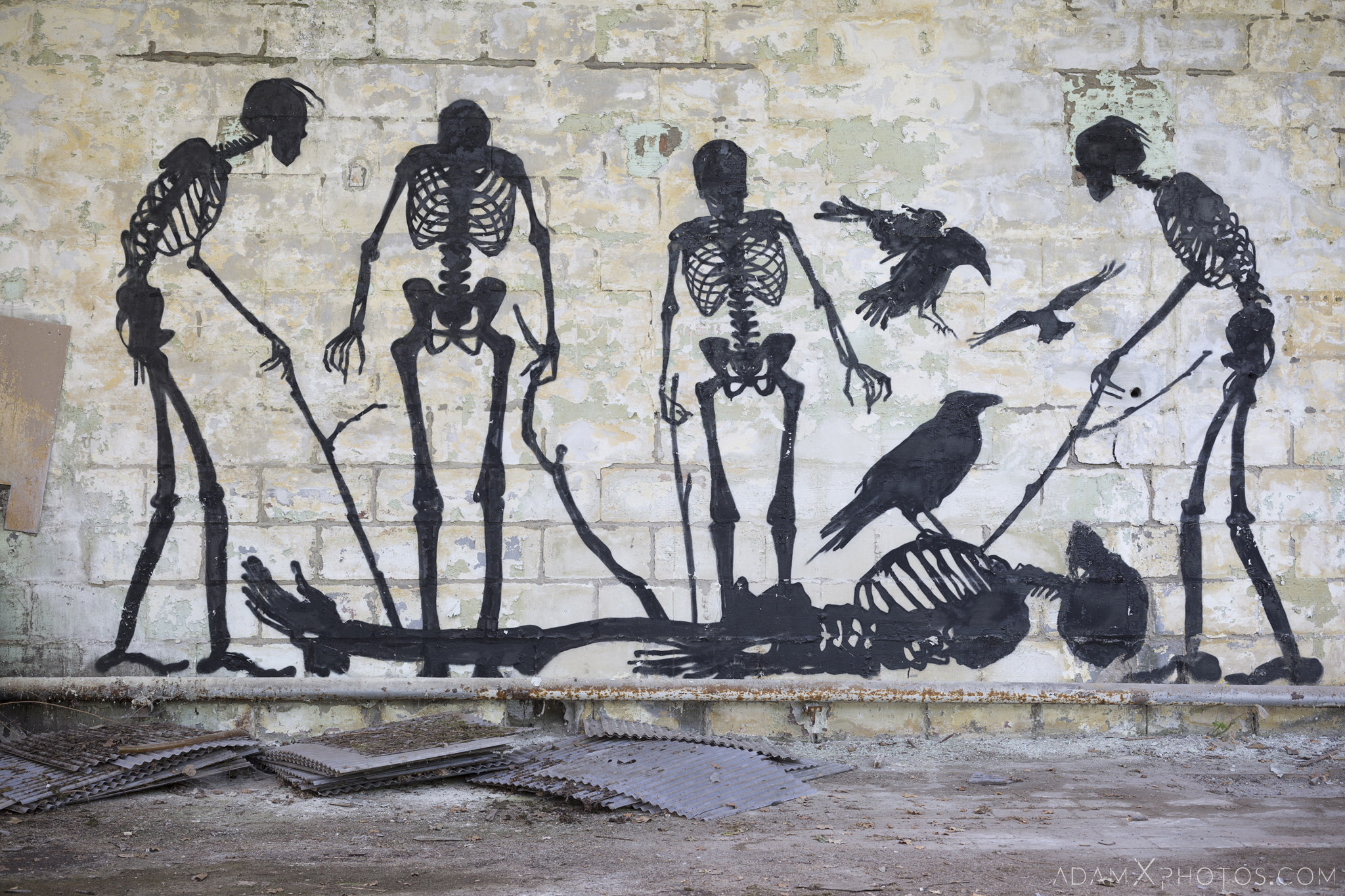 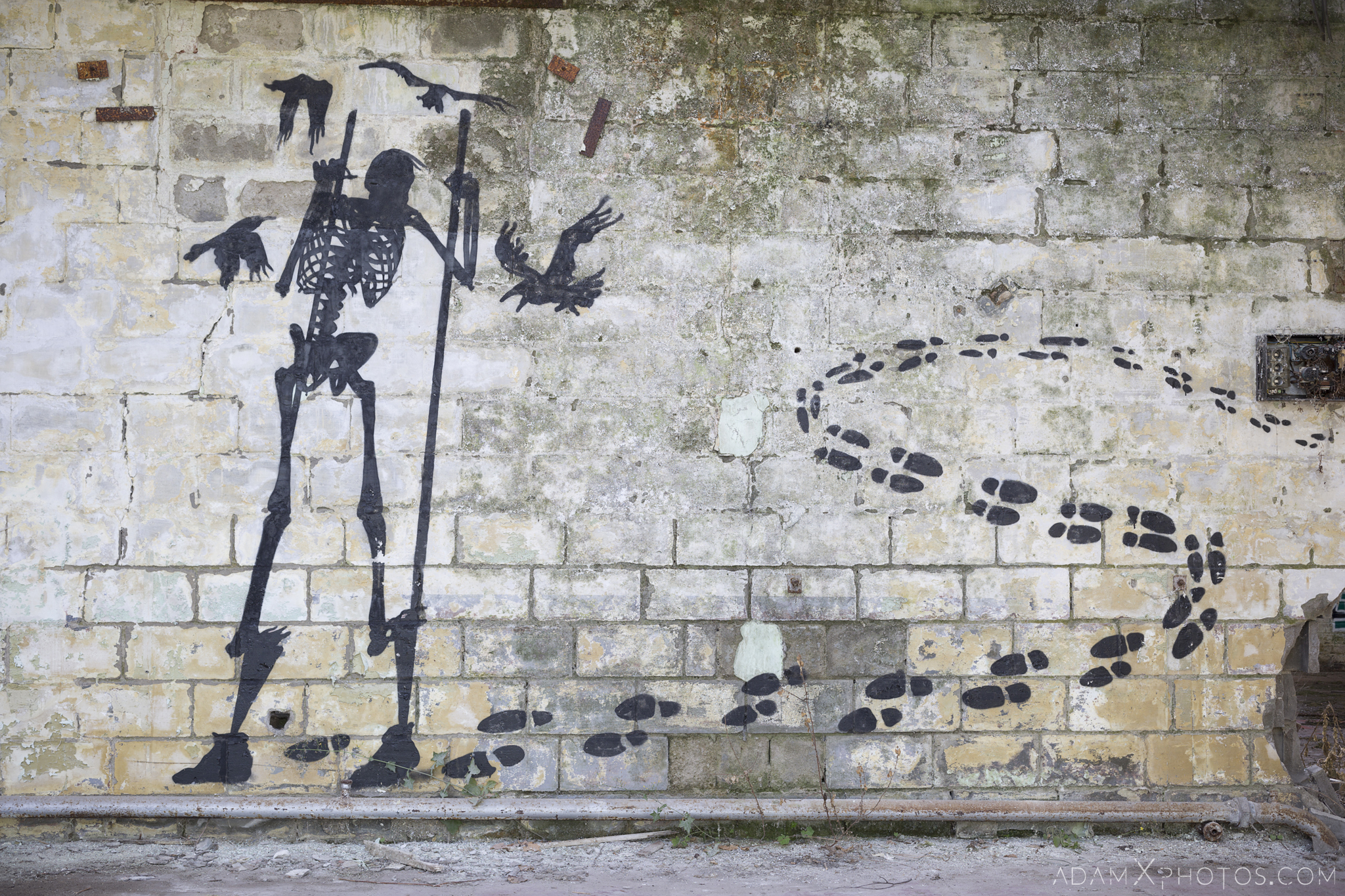 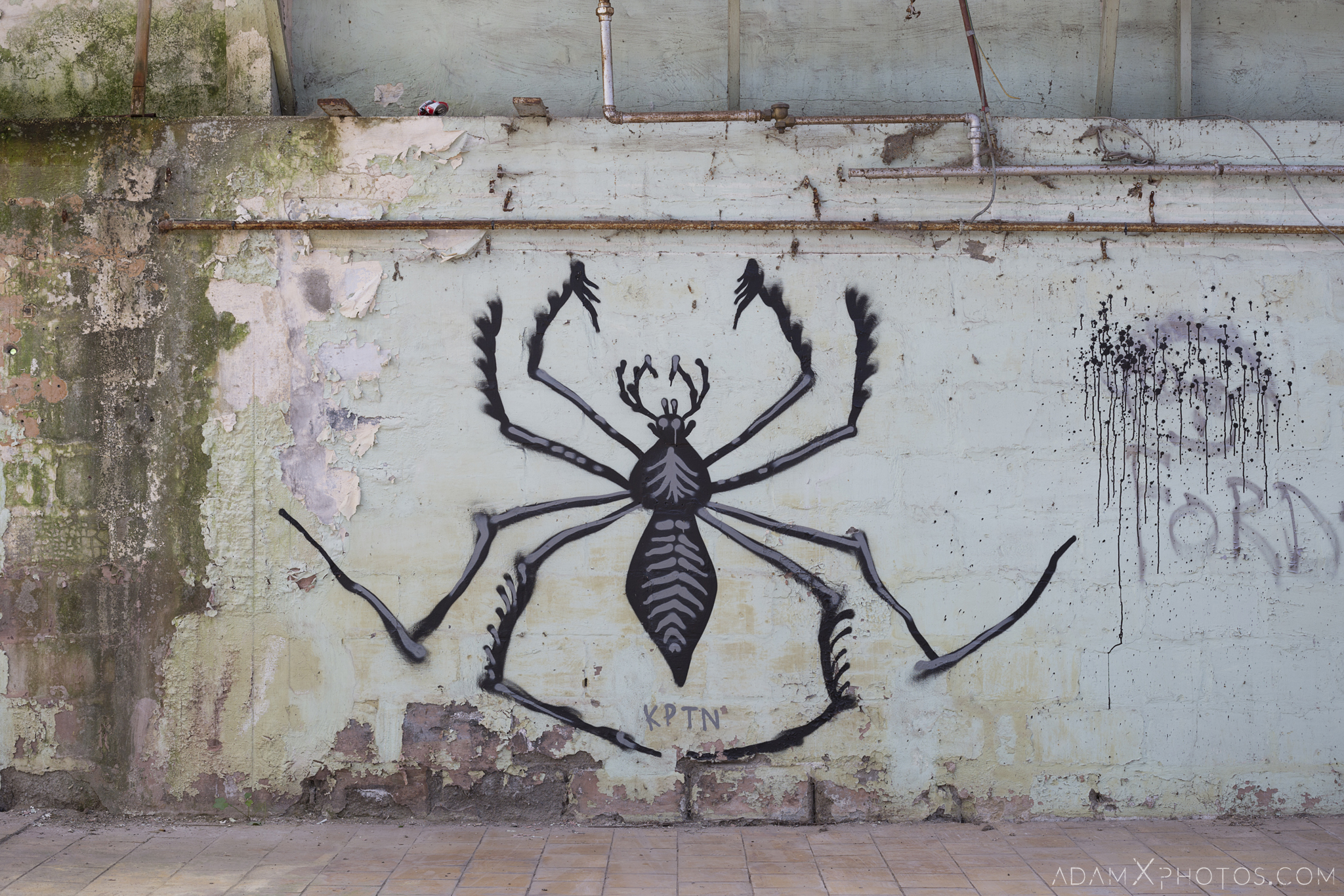 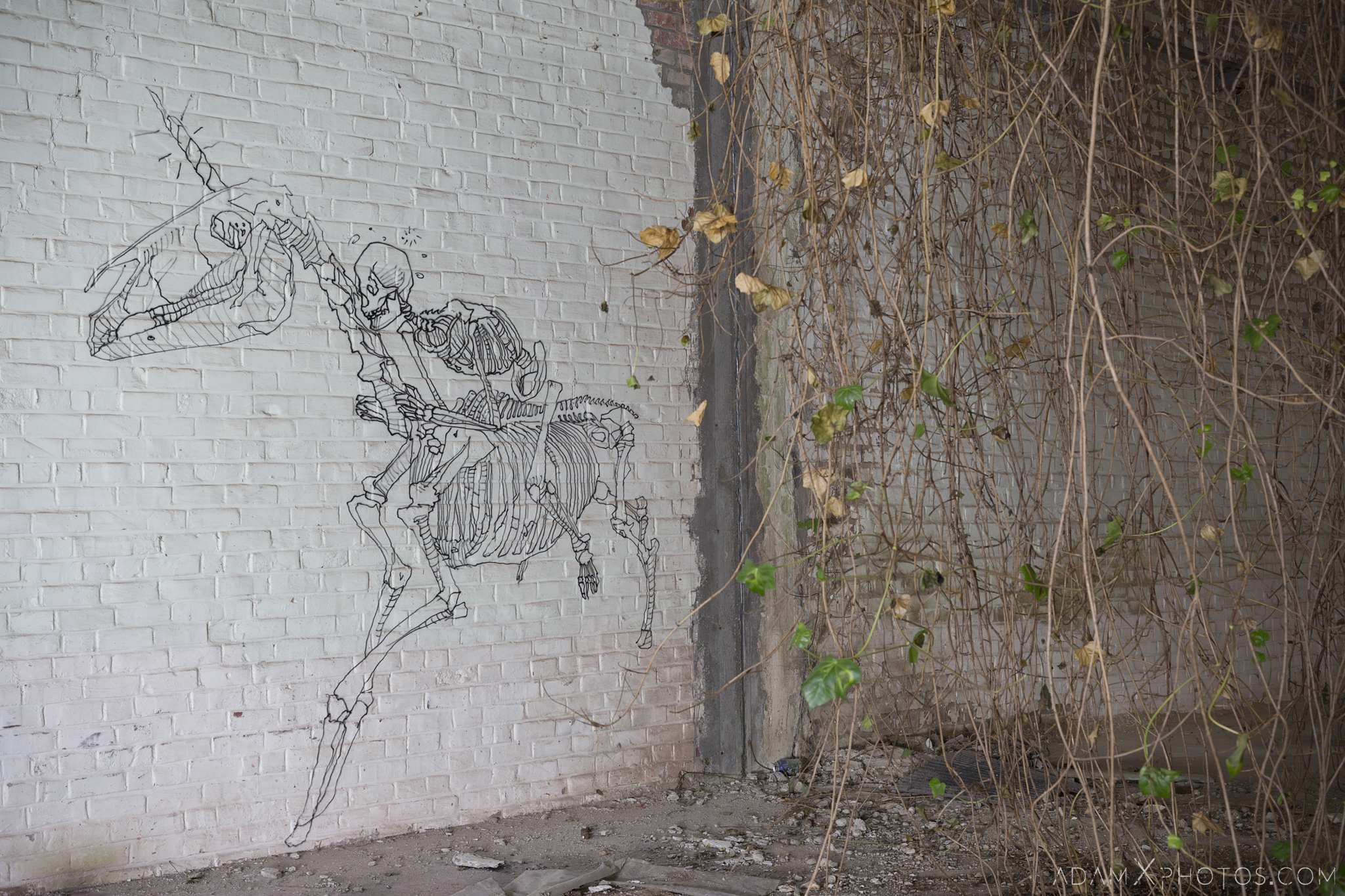 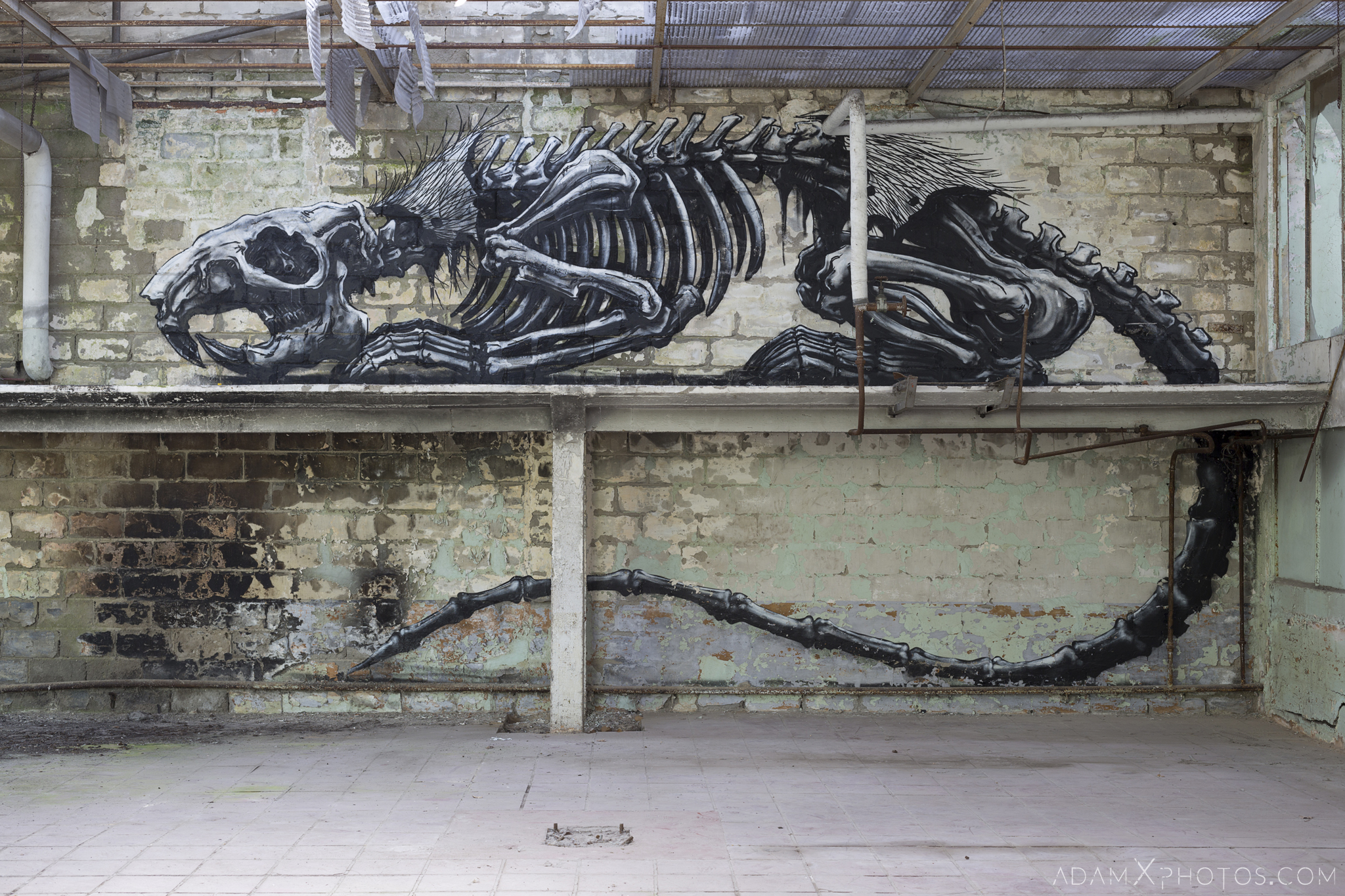 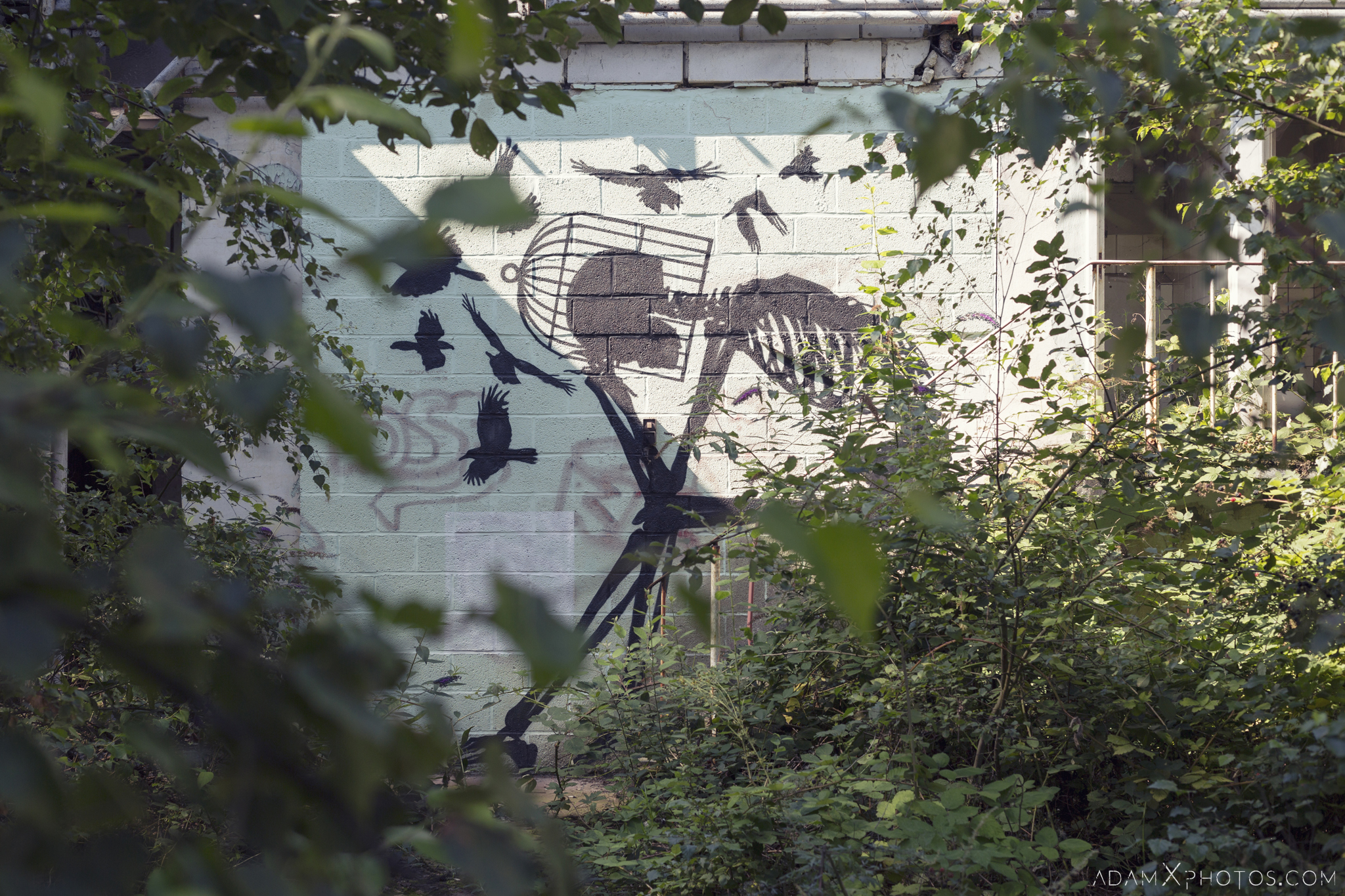 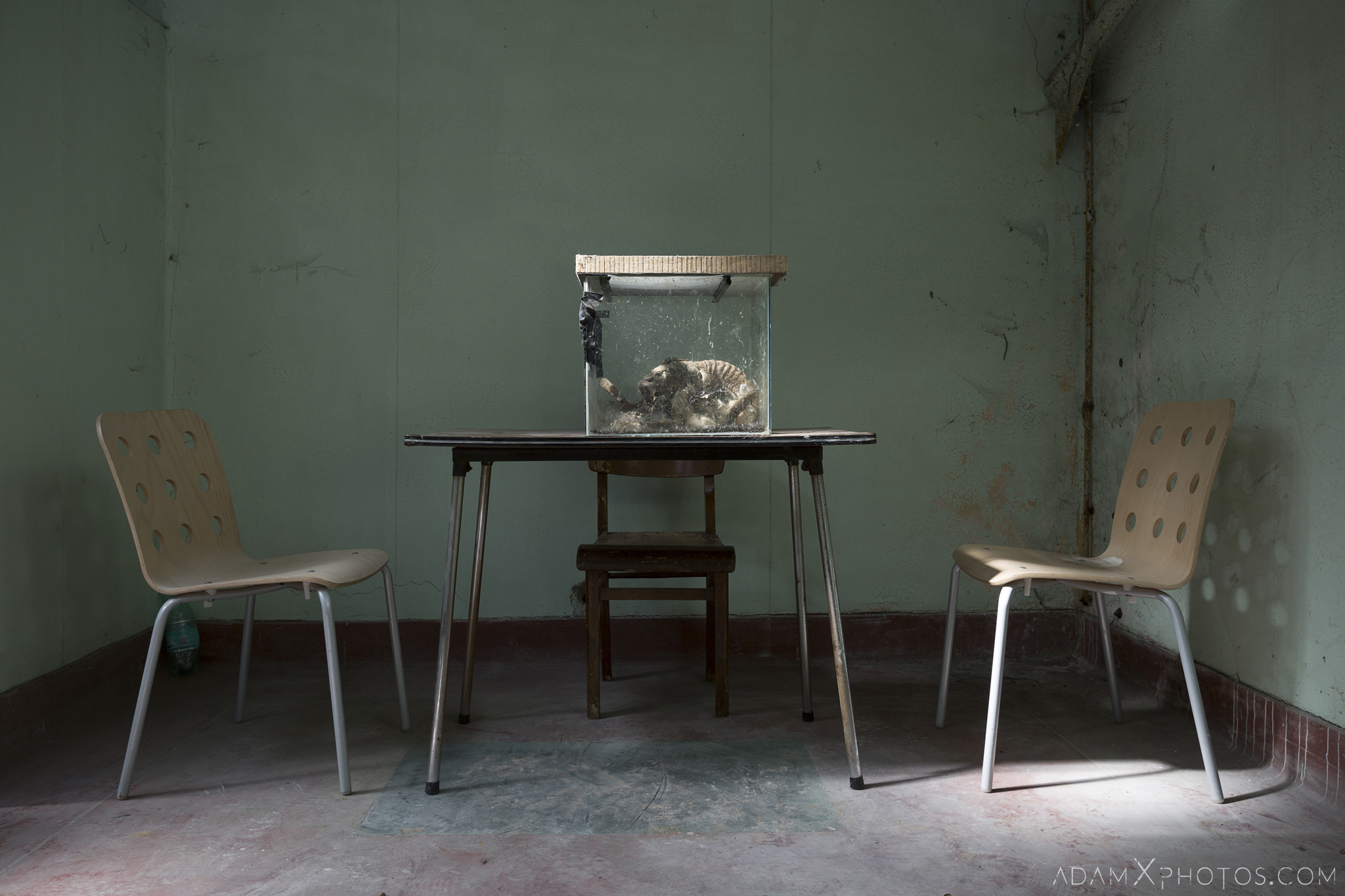 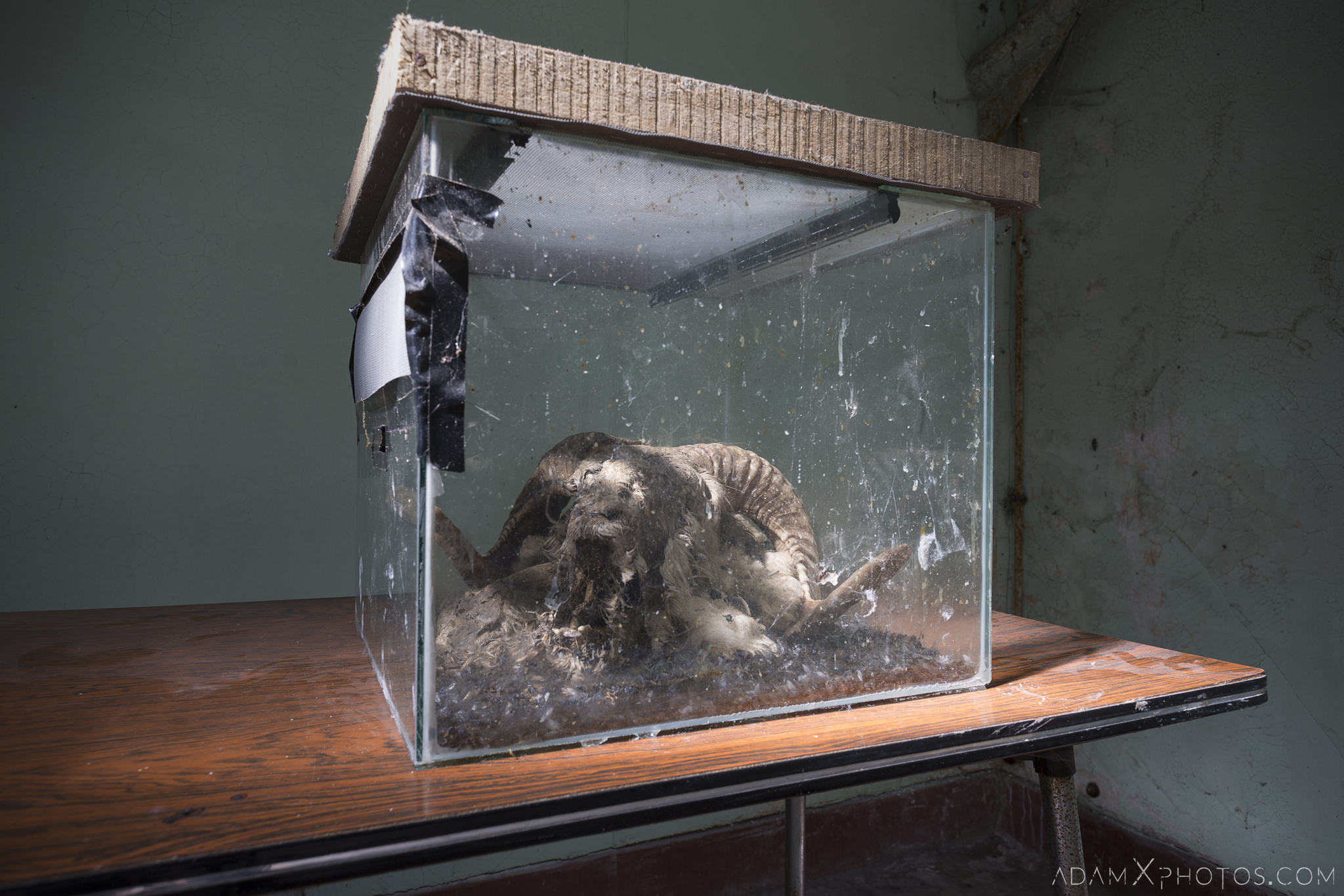 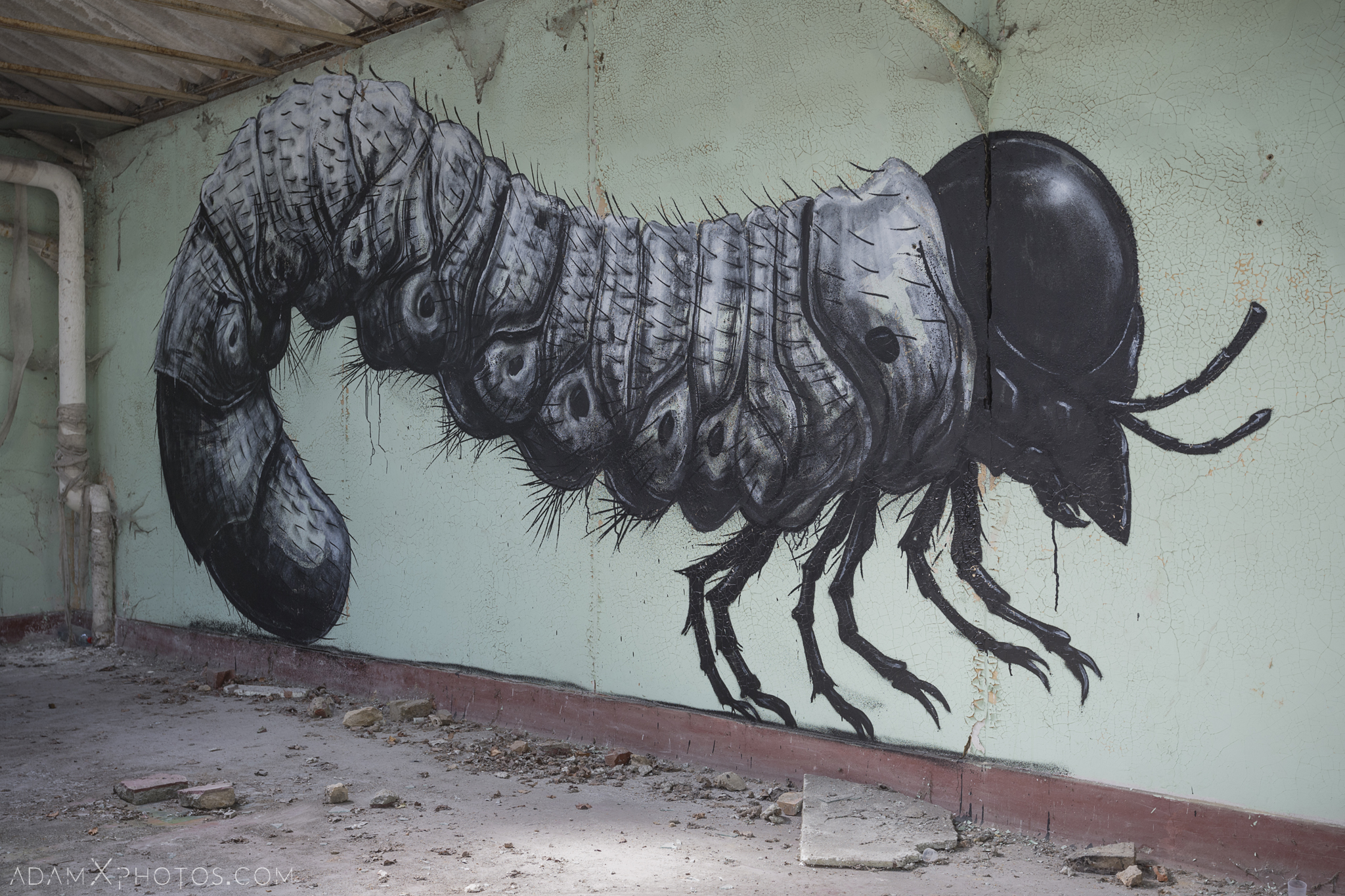 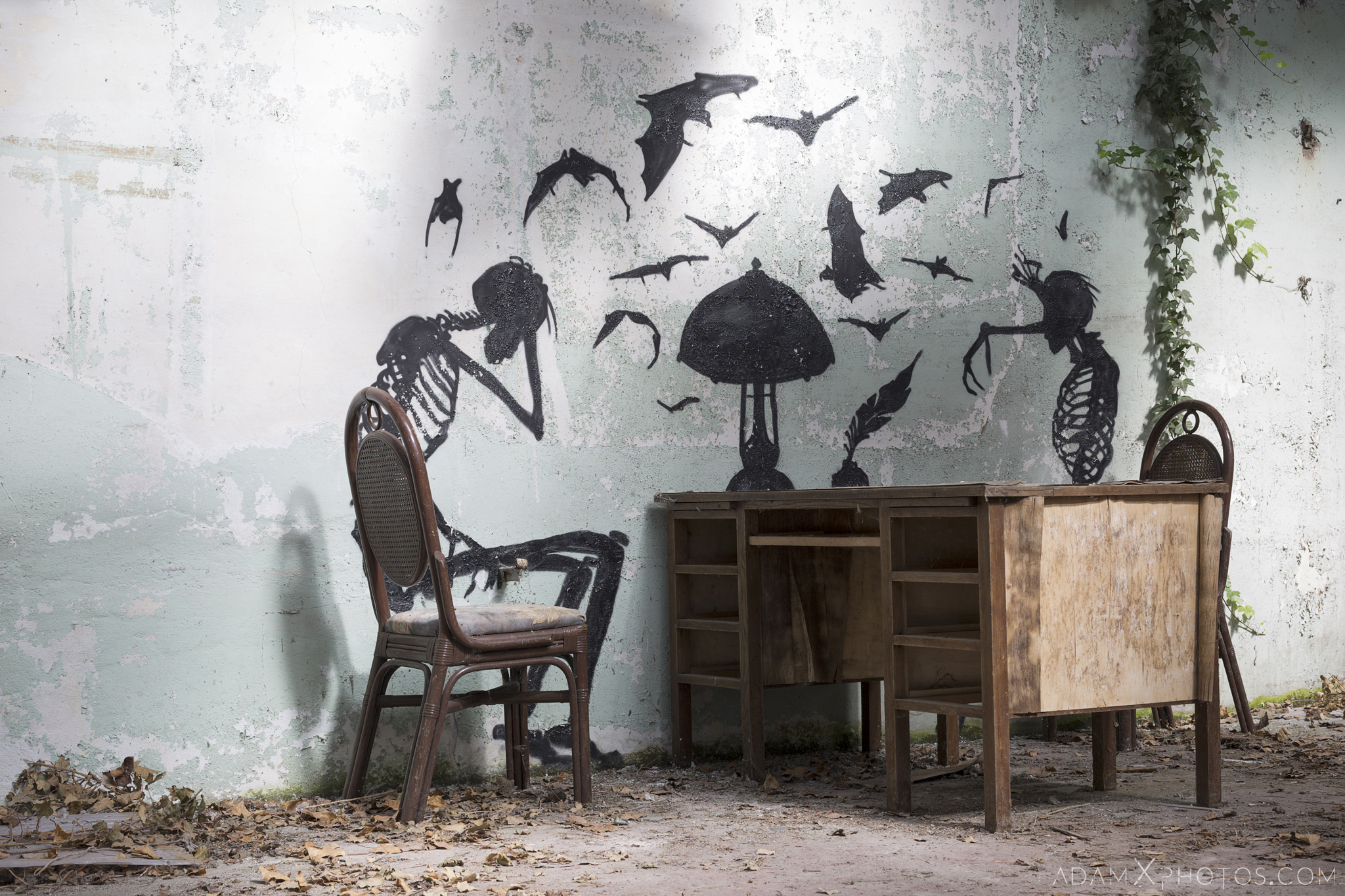 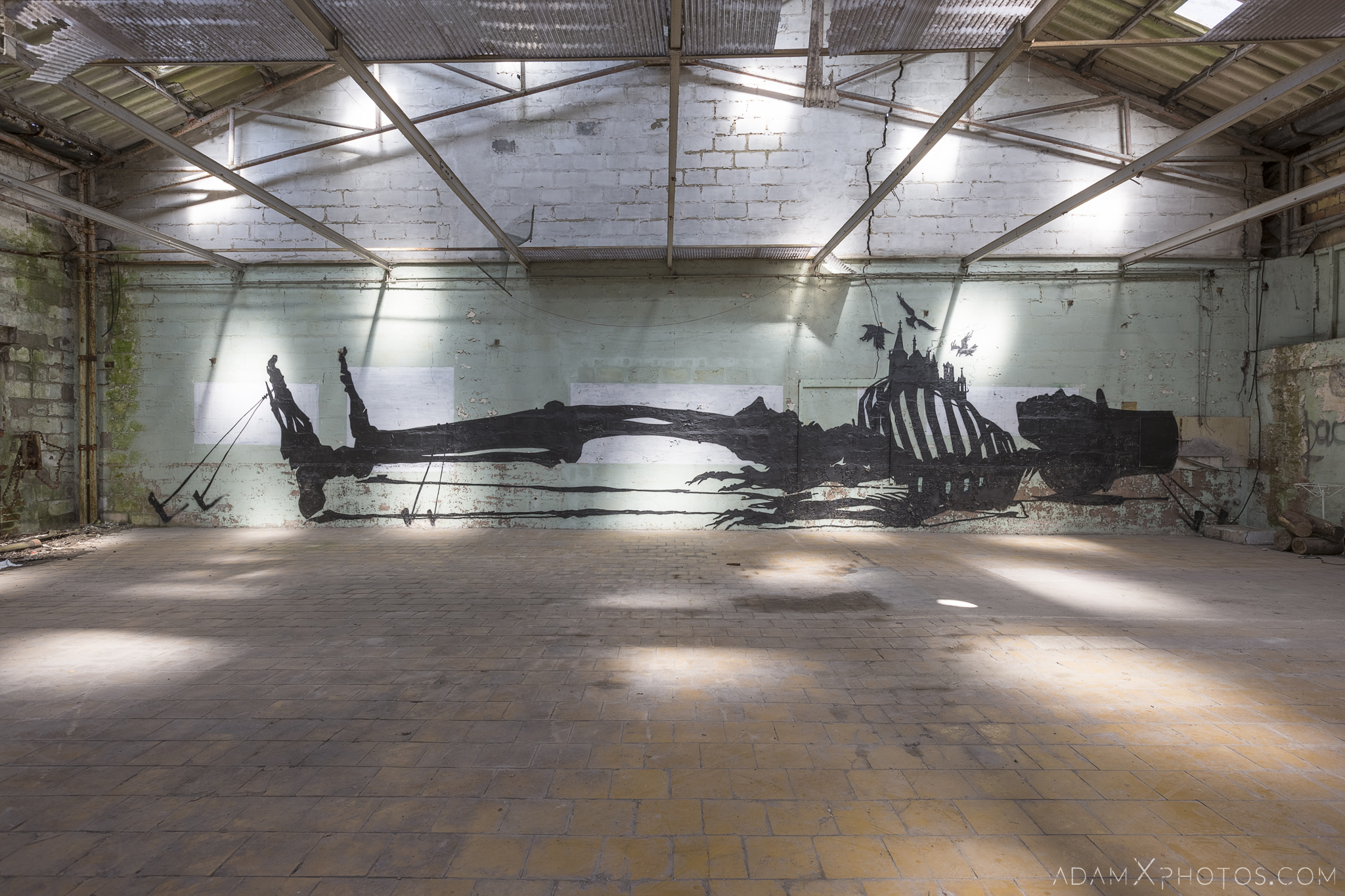 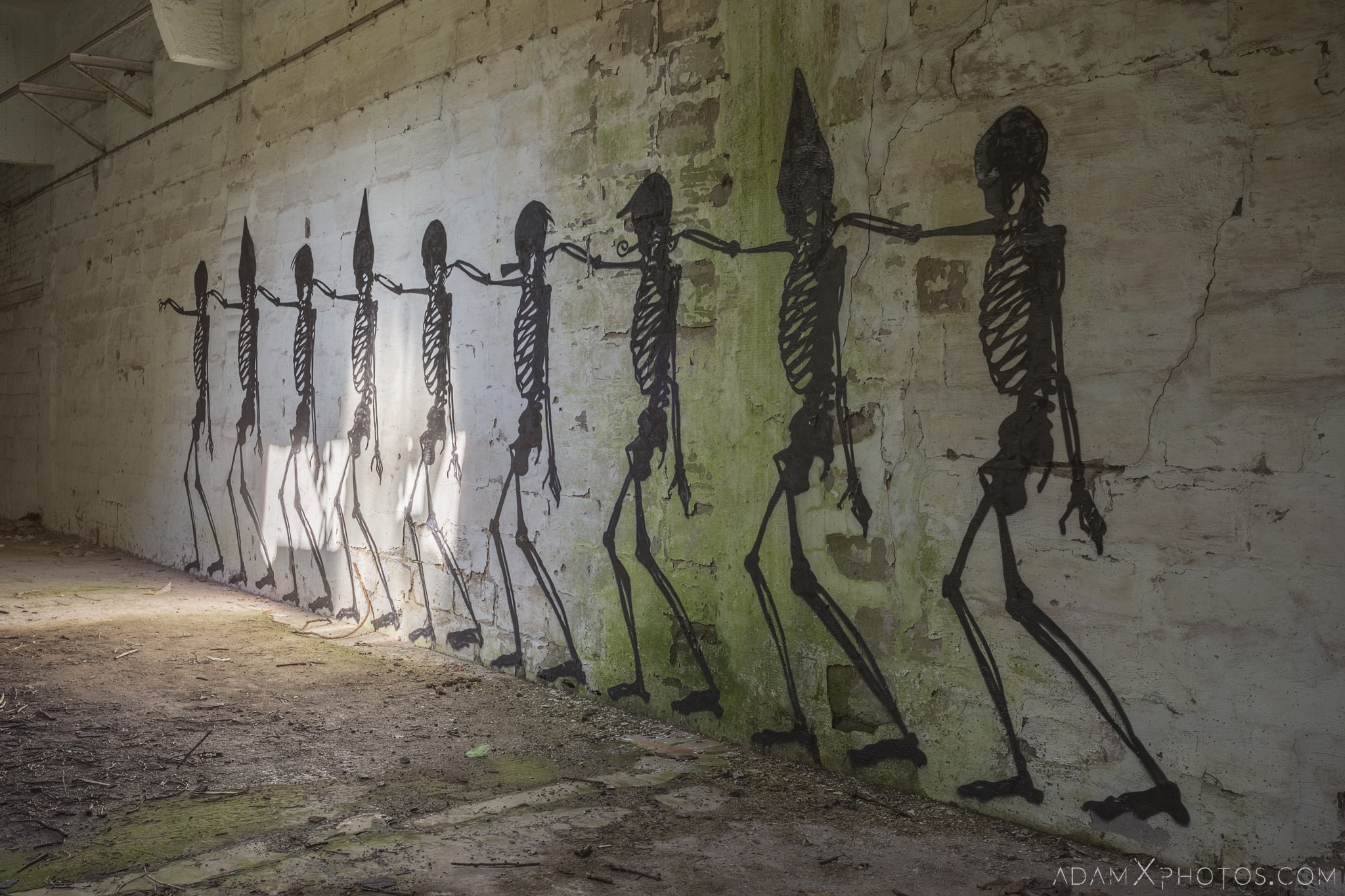 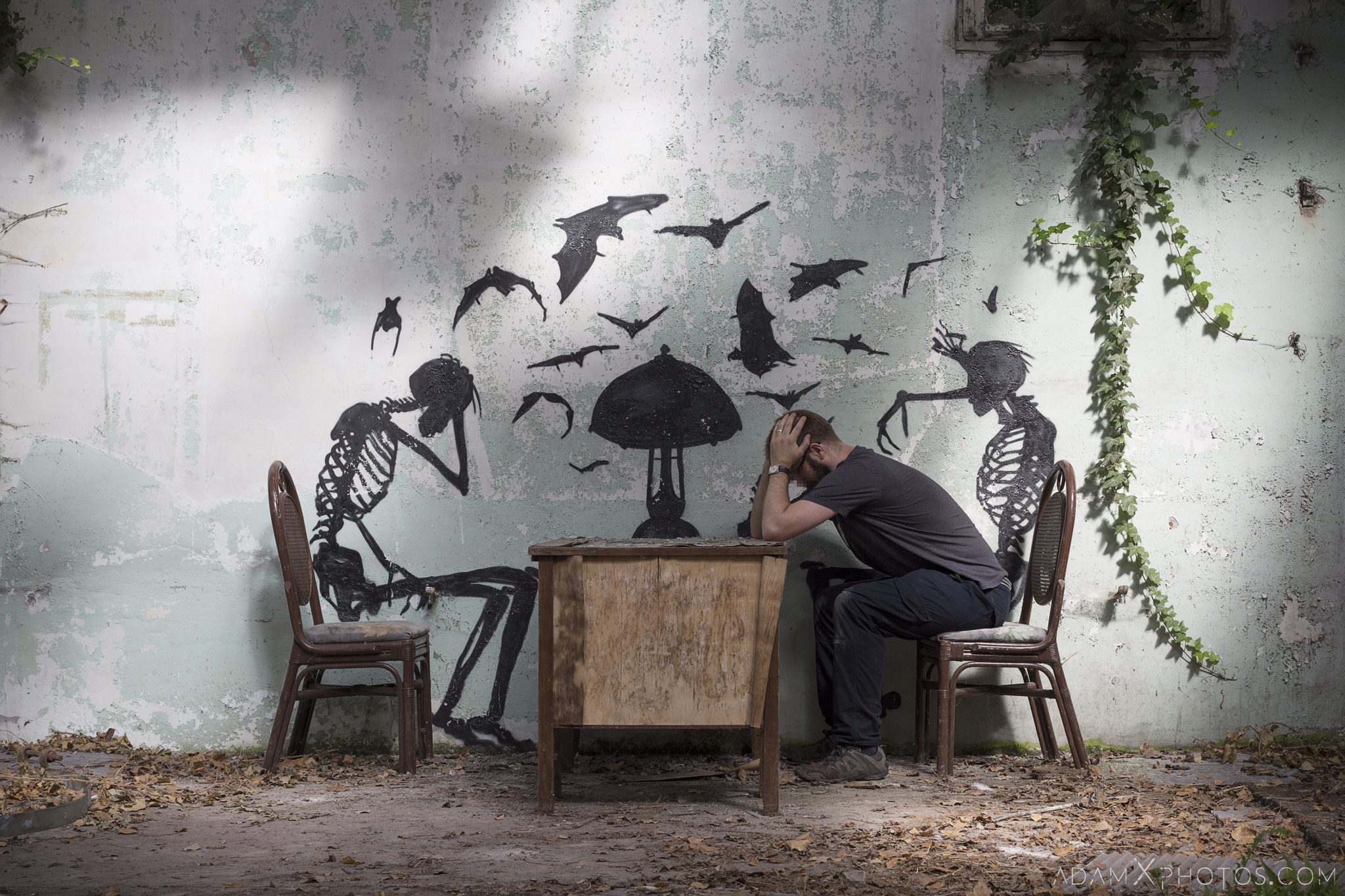