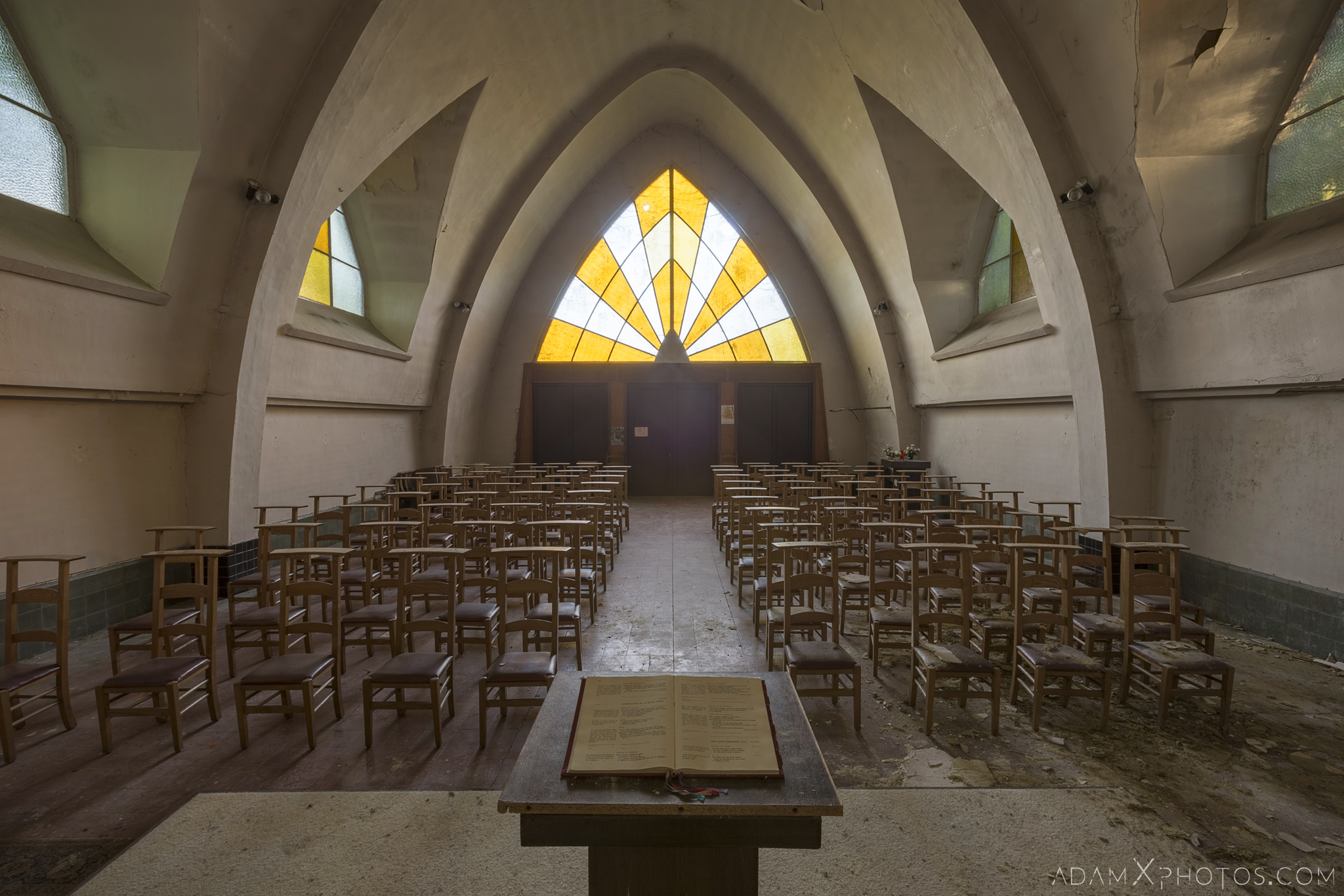 Explore #5 of ‘The Greased Otters Tour’.

After our epic and exhausting explore of HFX steel works we decided that we would spent our final day of the trip doing a number of smaller and lower key sites en route to our eurotunnel crossing. First up on Day Three was this gorgeous little chapel, which had been on my map for years but I’d somehow never quite got around to visiting – I’m glad I finally did!

History
Construction of the distinctive Catholic chapel Sainte Bernadette was funded by the owners of local cement plants, built between 1936 and 1937 and designed in an art deco style by Albert Genard. The Urbex names for the church reflect the similarity in shape and colour of its windows to the Star Trek logo, and because the village in which it is situated was a mining community until the mines closed in the 1970s.

The large stained glass window above its triple door entrance is evocative of the ‘triangle of reuleaux’ (which has large constant curved sides), and this theme is further echoed in the symmetrical curved concrete walls.

The chapel has sat empty and disused for many years, and is slowly falling into further decay. It was formally decommisioned in 2016 to enable its owner to potentially sell the site, but no sale has happened and its future looks very uncertain.

Our Explore
Jeremy, Mark and I spent a peaceful hour or so admiring and photographing the chapel… whilst Tim grabbed some more sleep in the car! To be fair, he had already visited a year or two earlier, and he’s not getting any younger 😉 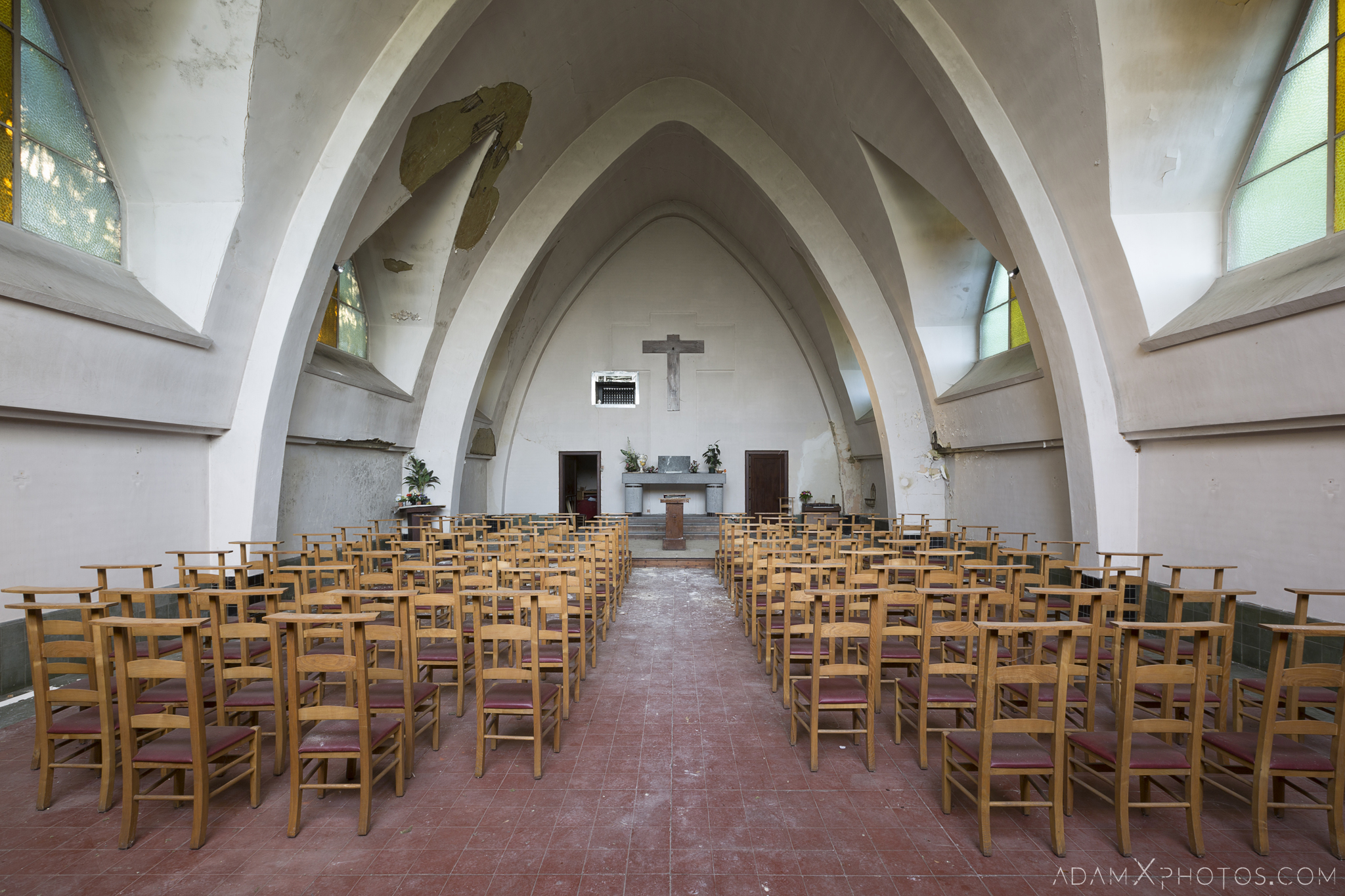 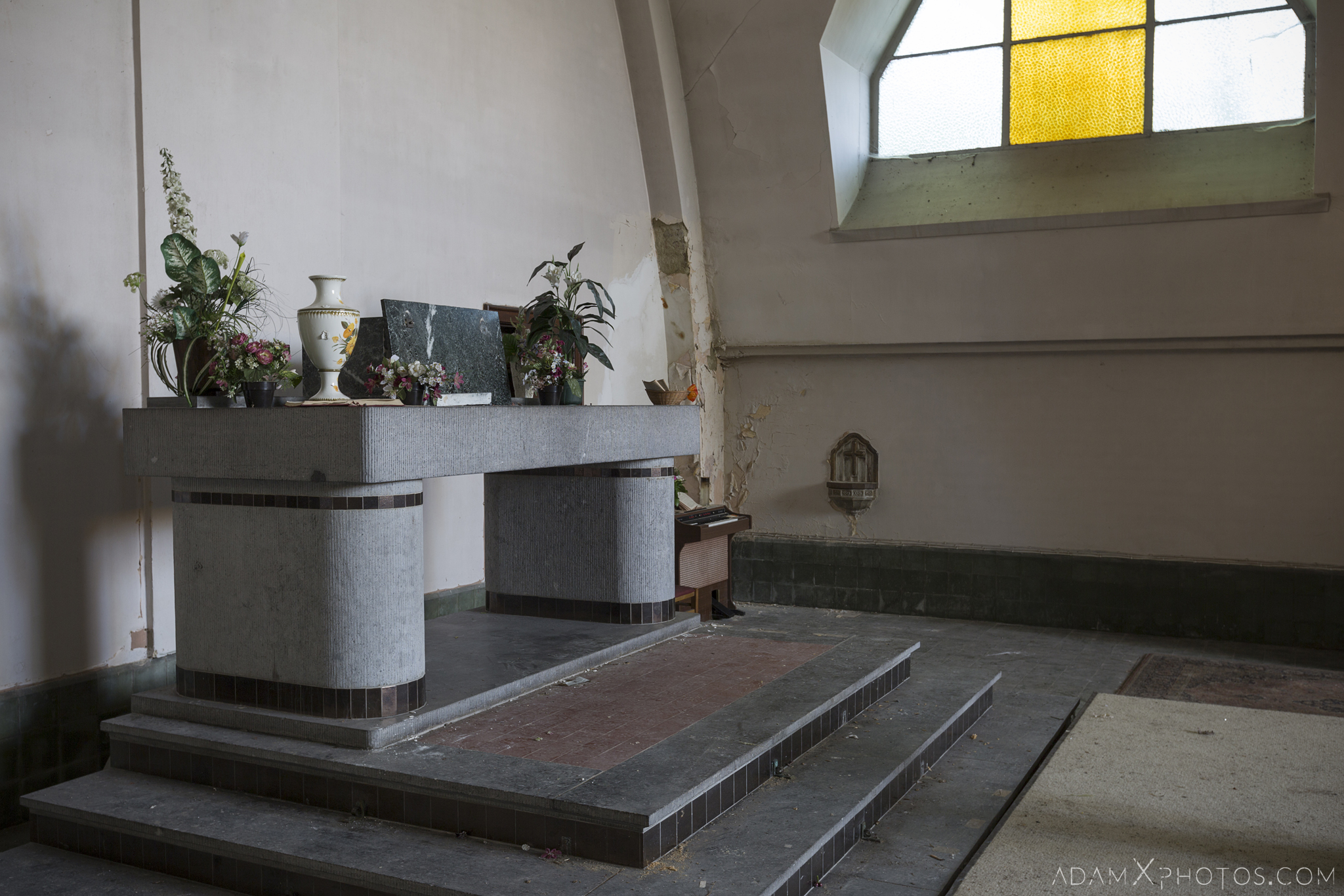 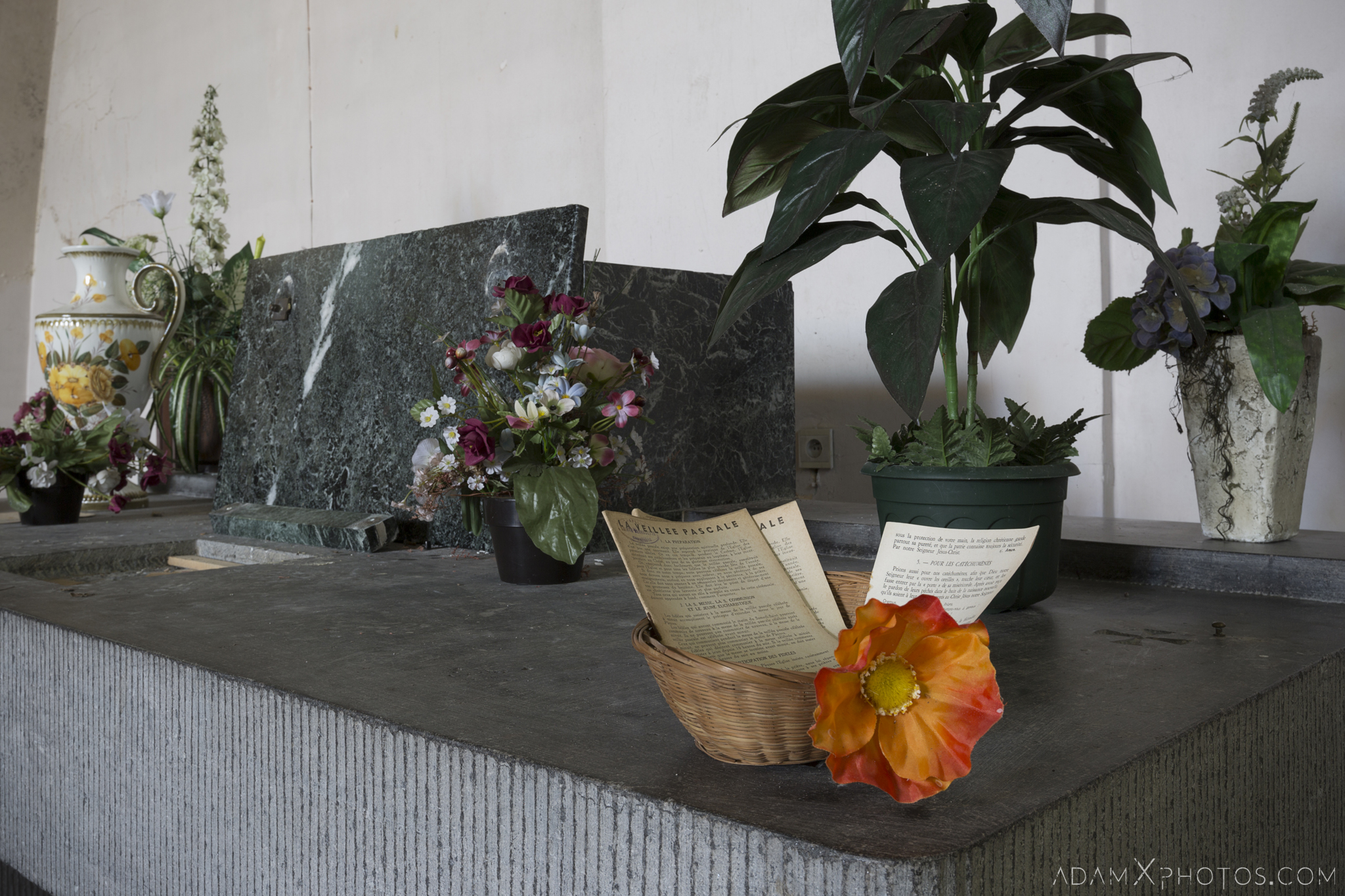 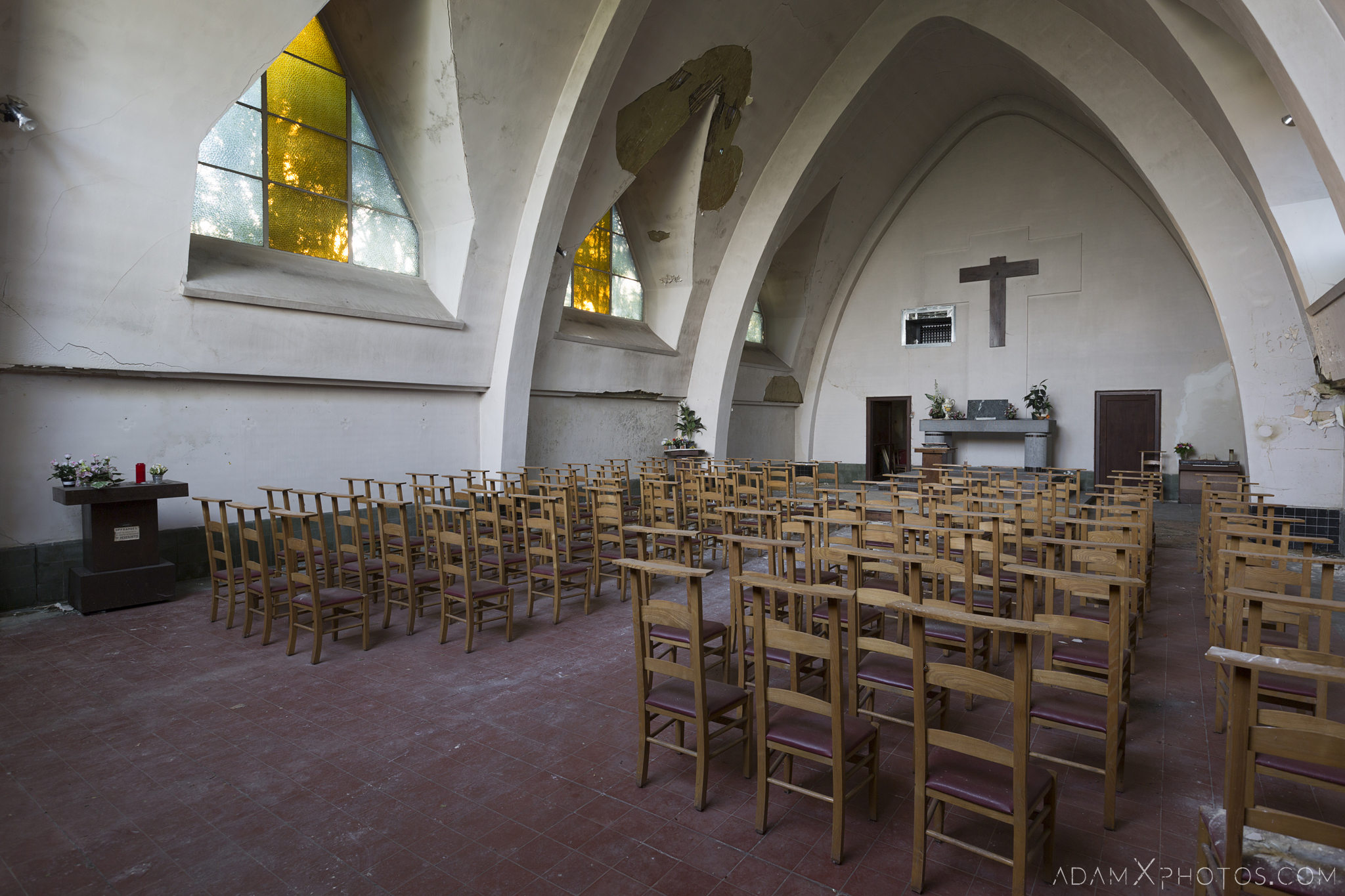 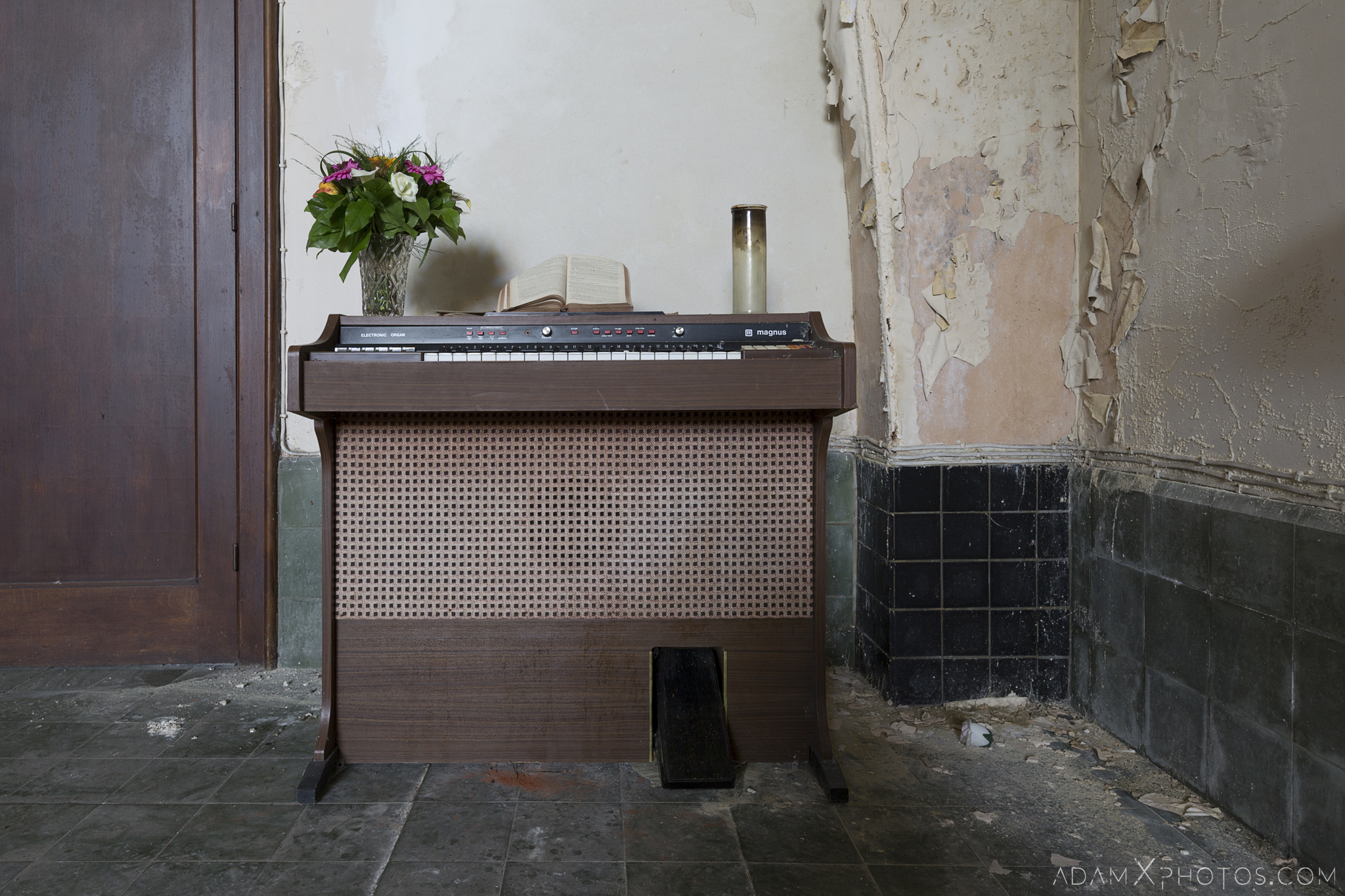 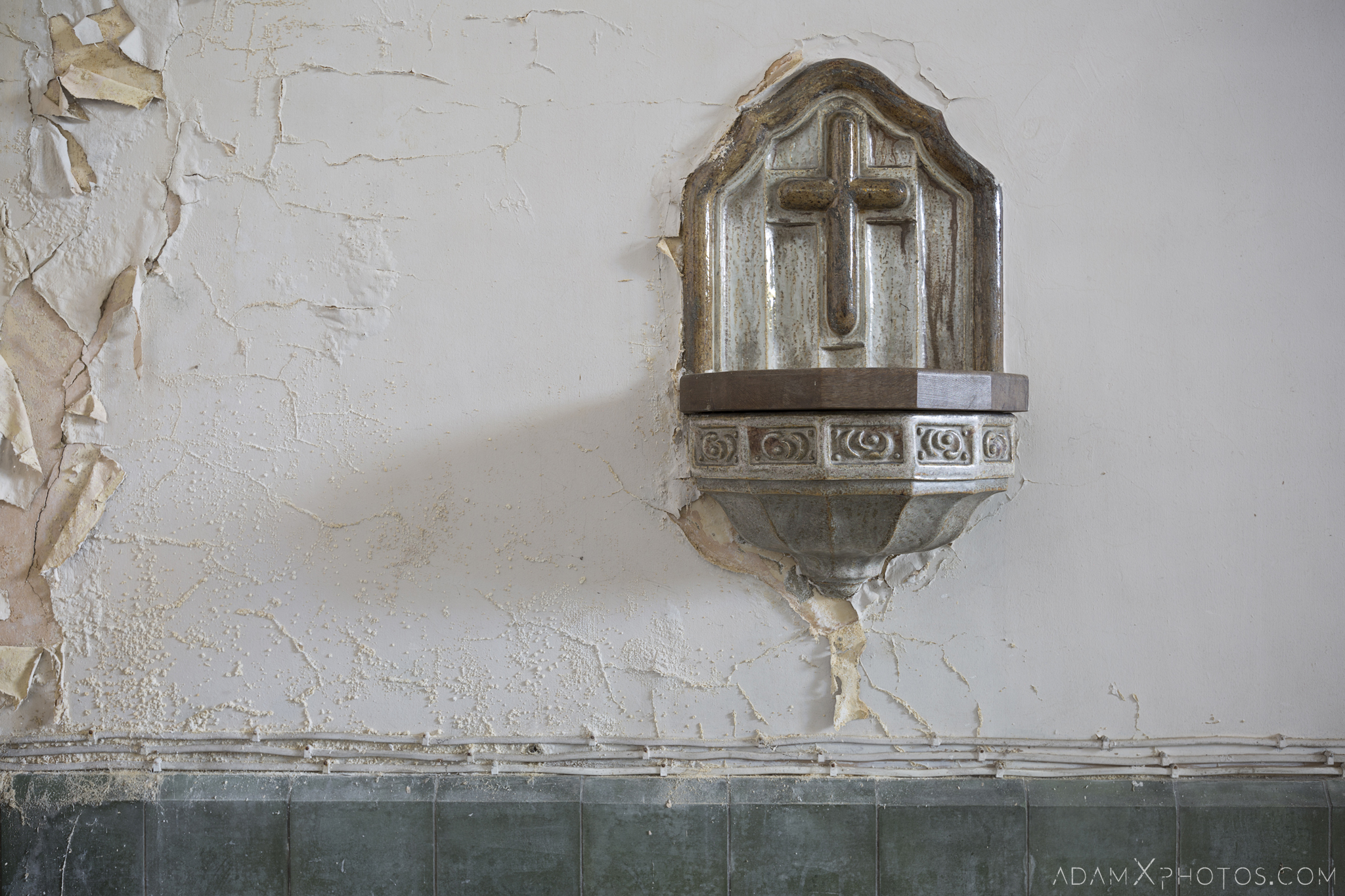 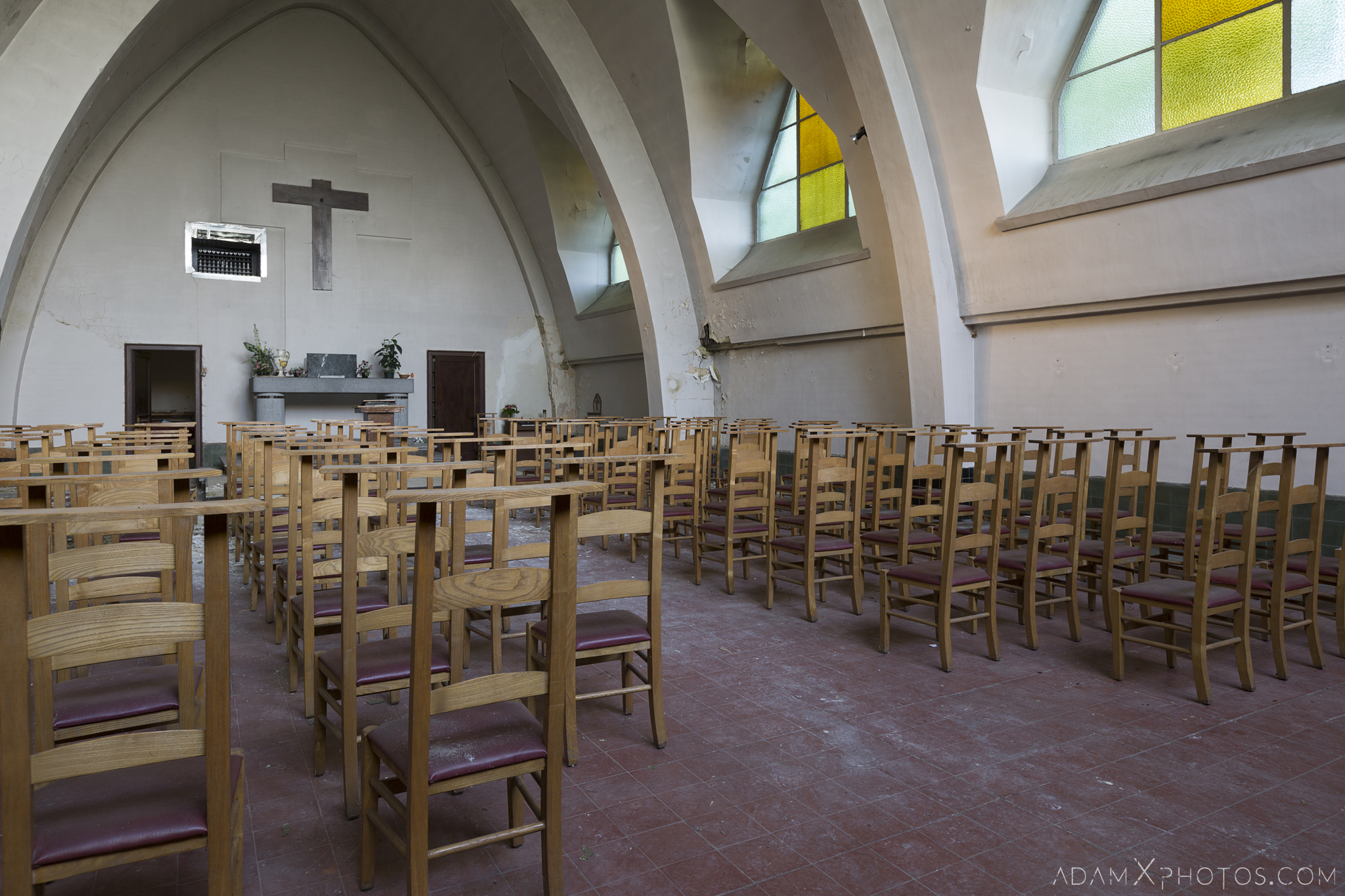