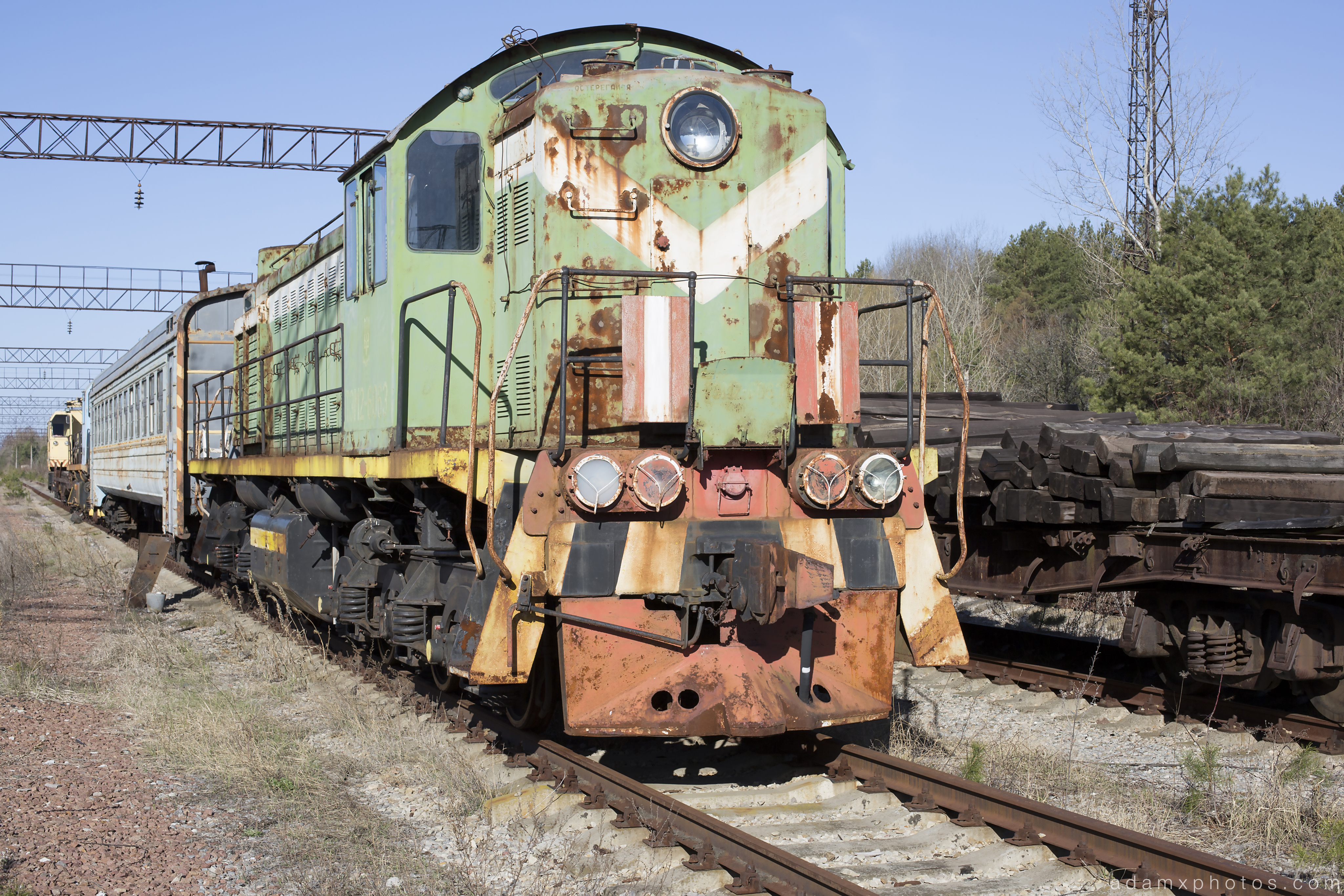 History (from wikipedia)
The village of Yaniv is located just south of Pripyat. Immediately after the Chernobyl disaster its 100 villagers were all evacuated and resettled elsewhere due to the high level of radioactive contamination. Because of the impossibility of effective decontamination most of the village’s buildings were destroyed and buried in 1987. Its railway station, mainly serving Pripyat, was an important hub of the Chernihiv–Ovruch line and also for long-distance trains. The Yaniv-Ovruch line section has remained out of service since the disaster. The station building, refurbished in the 2010s, is used by local workers to repair heavy machinery.

Our visit
We only had about 20 minutes here, but I enjoyed grabbing a few quick shots of the abandoned rolling stock. Thanks for rolling by.
Adam X