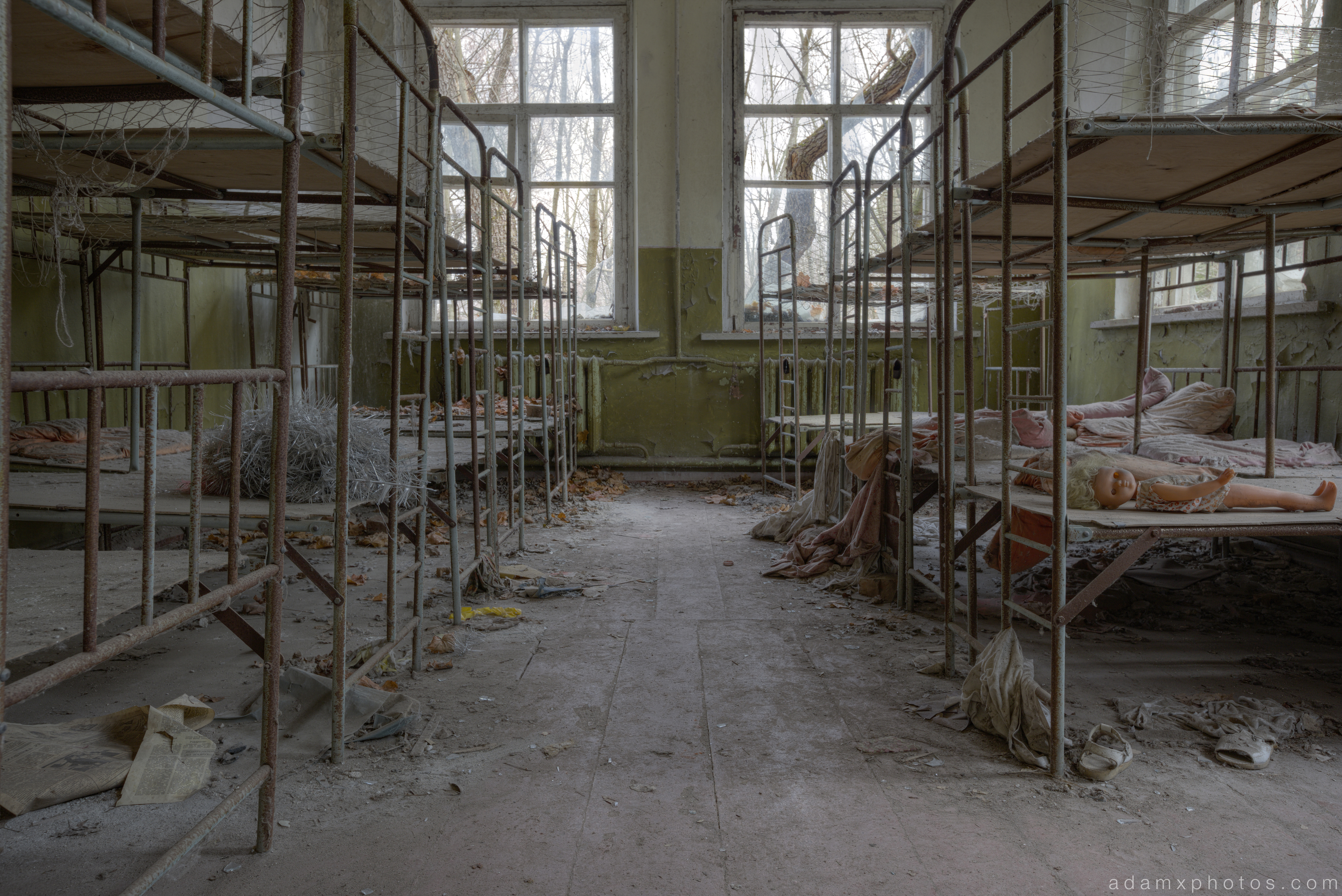 History (abridged from wikipedia)
Kopachi was a village just a few miles South East from Chernobyl. The village was evacuated in the immediate aftermath of the 1986 disaster, and has been abandoned ever since. After the evacuation all of the houses were torn down and buried.

Today the only traces left of the village are a series of mounds and a small number of surviving trees which are not part of the local native flora. Each mound contains the remains of one house and is topped by a sign with the international radiation symbol. The Chernobyl disaster highly contaminated Kopachi with high-level radioactive fallout.

A kindergarten and one other brick building are the only architectural structures that remain standing, all other buildings were bulldozed. The government did not recognize the fact that these highly-contaminated buildings and houses would seep radioactive isotopes into the water table. Burying the buildings drove radio-toxins deeper into the environment. The soil and water surrounding the former village remain contaminated with radioactive materials including plutonium, strontium-90, and cesium-137.

Our visit
We only had a brief 15 minute stopover at the Kindergarten, but the children’s cots and playthings were still very evocative… A memorial outside the kindergarten.