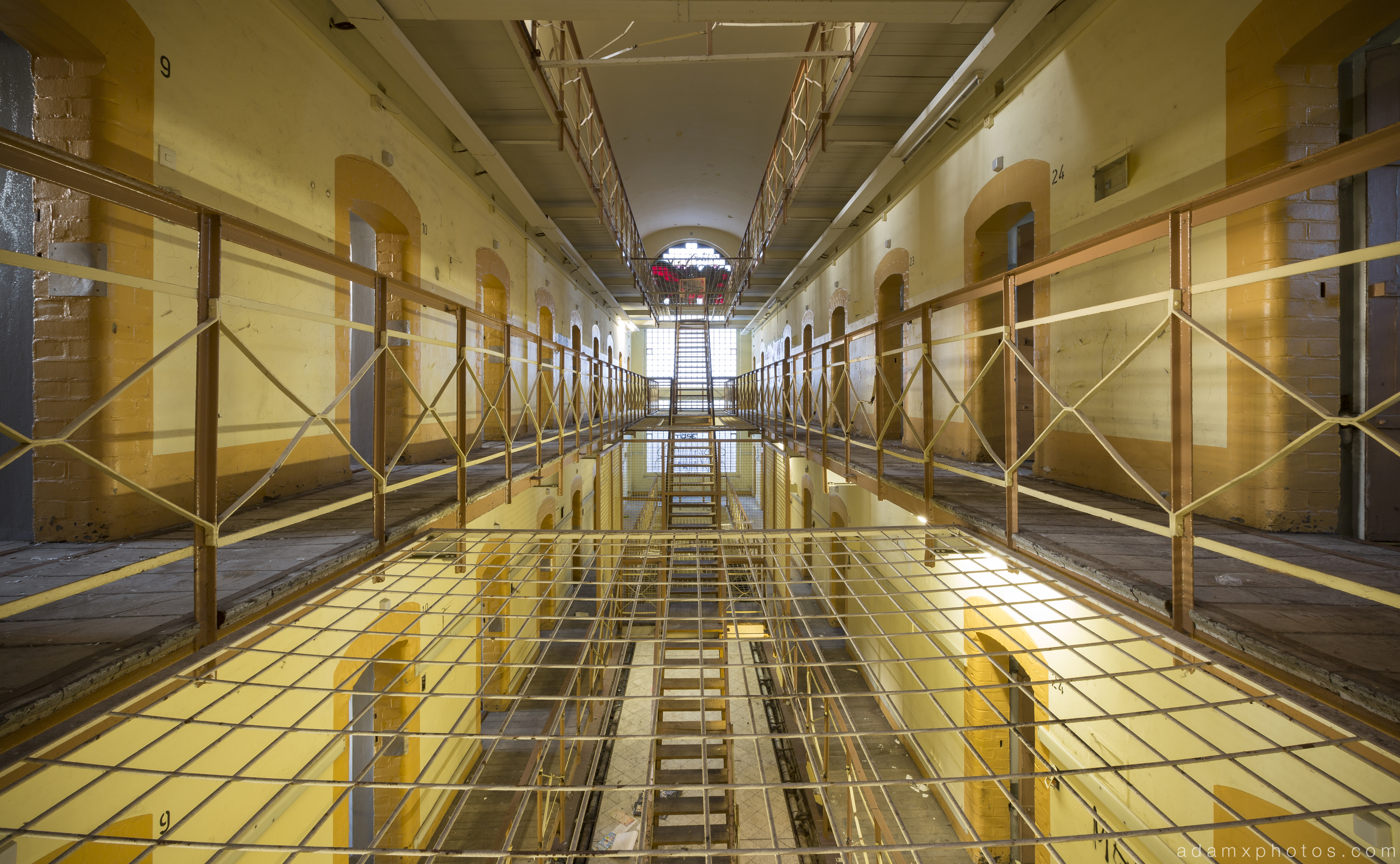 Explore #2 of ‘The Smell of Cheap Cologne Tour’

After exploring Zeche P we had a fail at our next location, so moved on to the final explore of Day One – a nice relaxing late-afternoon visit to this abandoned Prison where the lights were still left on!

History
Built in the late 19th century this large prison was built in the suburbs, but as the nearby city grew over the following decades it eventually ended up in a far more central location in the expanded conurbation. The prison housed around 600 male and female inmates, both adult and some juveniles. Records show that eight executions of prisoners took place in the period between opening and the 1930s.

The prison eventually became too small and centrally located to be fit for purpose, and a larger more modern replacement being built at a new location outside the city. Although Prison H19 closed in 2012 the site currently remains undeveloped and increasingly vandalised.

Our Explore
James and I quickly found our way onto the grounds of the Prison and started looking for a way inside. We had walked 95% of the way around the outside of the main block without finding a way in, and were getting anxious that perhaps all ways in had been freshly sealed. Then, just as we were a matter of yards from our starting point we finally found a way in – if we’d decided to walk anticlockwise around the perimeter instead of clockwise we’d have found our way in almost immediately! Anyway, we were happy to be inside and spent an enjoyable few hours in the late afternoon light shooting the various levels and wings of the main prison block. As you will see the level of vandalism and graffiti varied between different sections, but sadly it’s only going to continue to go downhill from here. In fact given its city centre location I’m surprised it isn’t far more trashed already.

Thanks for serving time.
Adam X