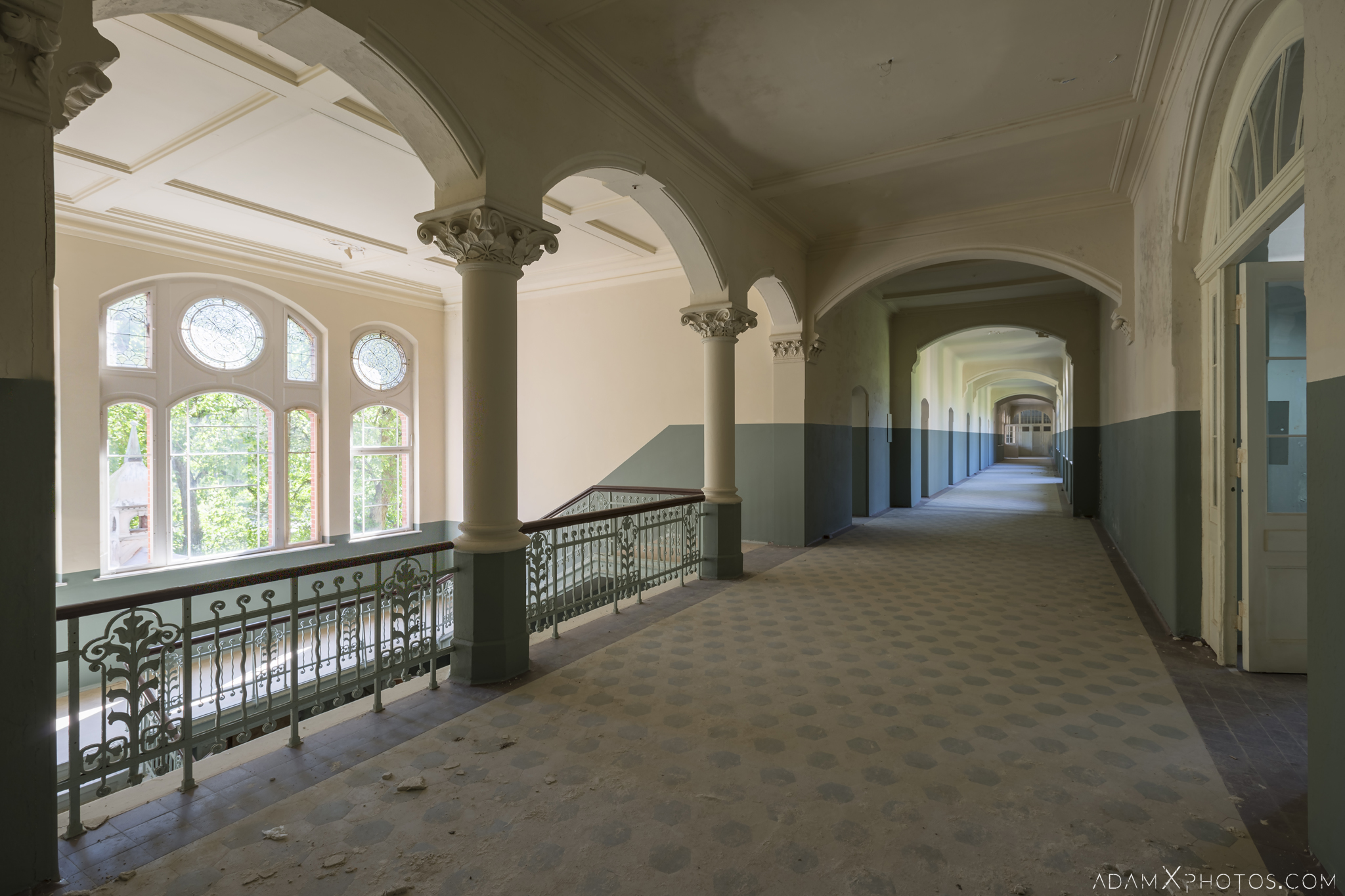 We left Poland and headed back towards Berlin for what turned out to be a rather brief and sad revisit to this former military sanatorium, which James and I had first explored in much greater depth back in August 2014.

History
Originally built in 1898 on the plans of architect Heino Schmieden, this vast complex of approximately 60 buildings was designed as a sanatorium for the Berlin workers’ health insurance corporation to treat lung diseases such as tuberculosis, which at that time killed nearly 1 in every 3 Berliners.

Following the outbreak of World War I, Beelitz was used as a military hospital for the Imperial German Army. A young Adolf Hitler was (in)famously treated here between October and November 1916 after being wounded in the leg at the Battle of the Somme.

Beelitz was used as a field hospital to treat wounded Nazis during World War II. It was occupied by Red Army Forces in 1945, and remained a Soviet military hospital for the next 50 years until 1995, well after the fall of the Berlin wall.

In April 1990 Erich Honecker was admitted to Beelitz, after being forced to resign as the head of the East German government on 18 October 1989 shortly before the fall of the Berlin wall on 9 November 1989. It was here that he was diagnosed with the malignant liver tumour from which he died in May 1994.

The site gained further notoriety around this time when the serial killer Wolfgang Schmidt, also known as the Pink Giant or The Beast of Beelitz, murdered four of his six victims in the hospital grounds during 1990.

Yet another dark episode in Beelitz’s recent past occurred in 2008, when a well-known photographer called Michael F brutally murdered a 20 year old model called Anja P with a frying pan after having photographed her, and then had sex with her corpse.

Following the Soviet withdrawal in 1995 attempts were made to privatise the hospital, but none were successful. Today a few small sections are used for neurological rehabilitation and Parkinson’s research, but the majority of the vast complex lies decaying.

In recent years the site has also been used as a film location, as well as for music videos by the likes of Rammstein.

Our Explore
We didn’t know whether the Men’s Sanatorium and Bathhouse would still be accessible, but seeing as we were in the neighbourhood we thought it would be worth a look. The Bathhouse was a quick failure – freshly secured and with remote alarms attached to nearby trees. After triggering one we hopped back over the fence and decided on a fresh angle of attack – this time on the main Sanatorium building. A painstaking approach through woodland, and we managed to find a point of access which avoided the remote alarms. 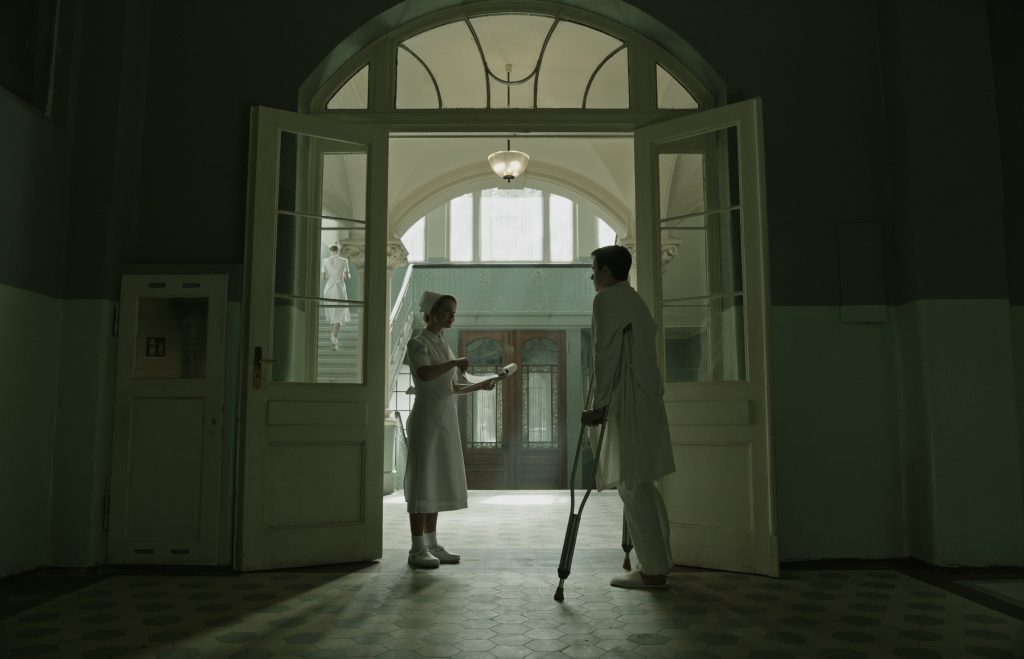 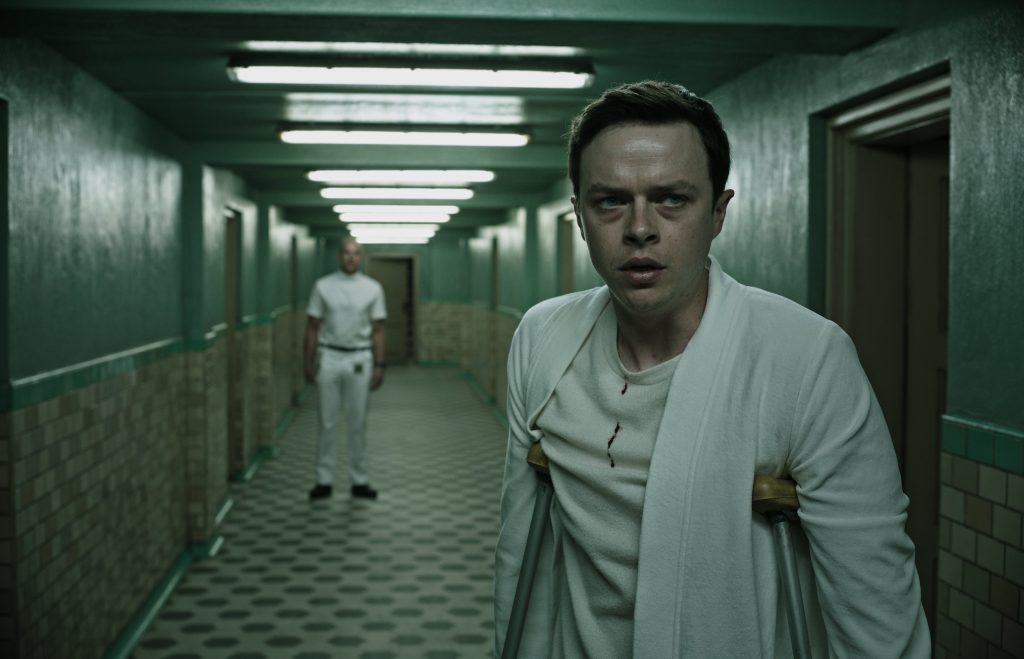 Whilst I suppose I should be glad that the fantastic building is still being put to some practical use, we were all gutted to see that the peeling paint had been replaced with a basic new paint job. We decided not to hang around, but took a few shots just to document the changes. 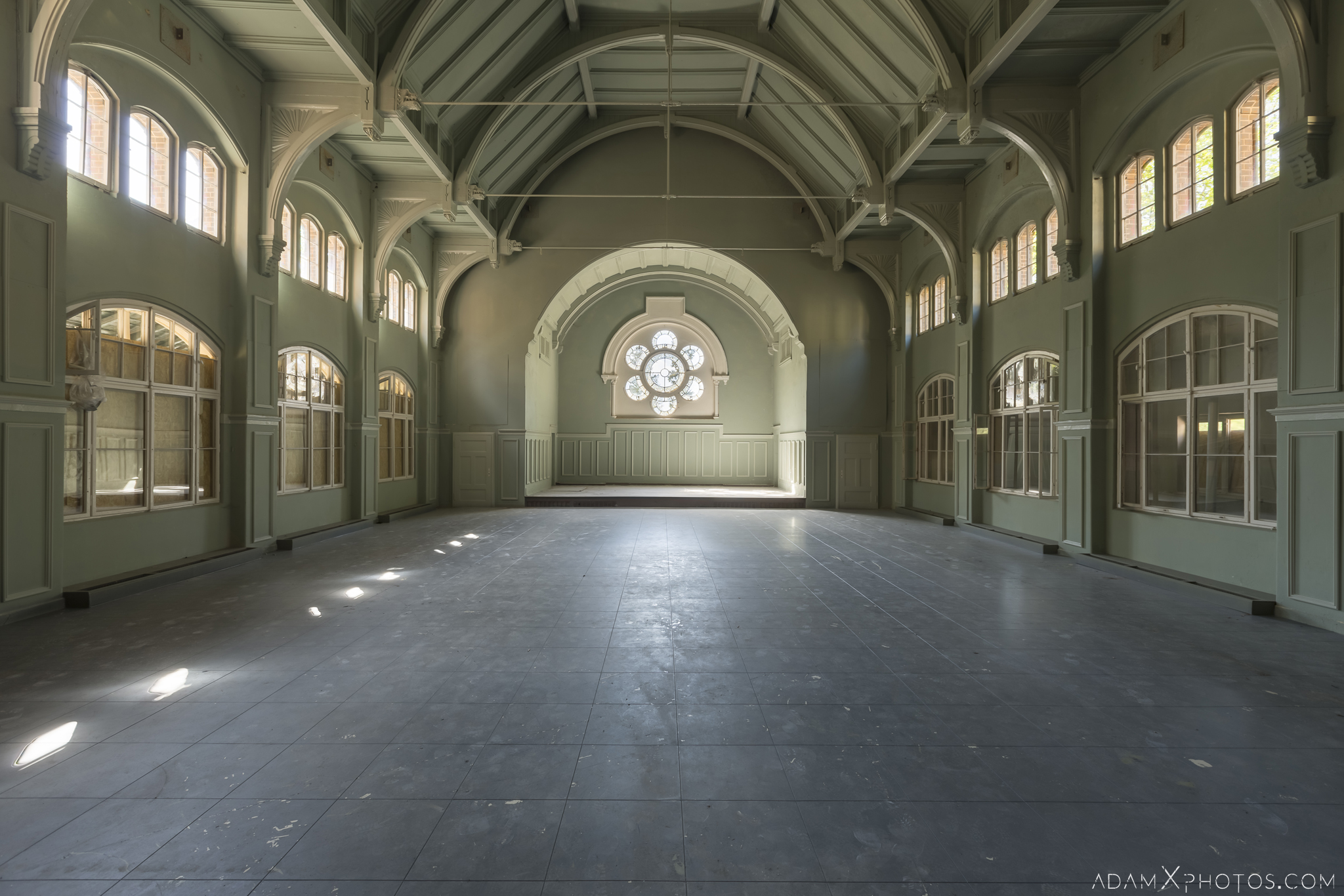 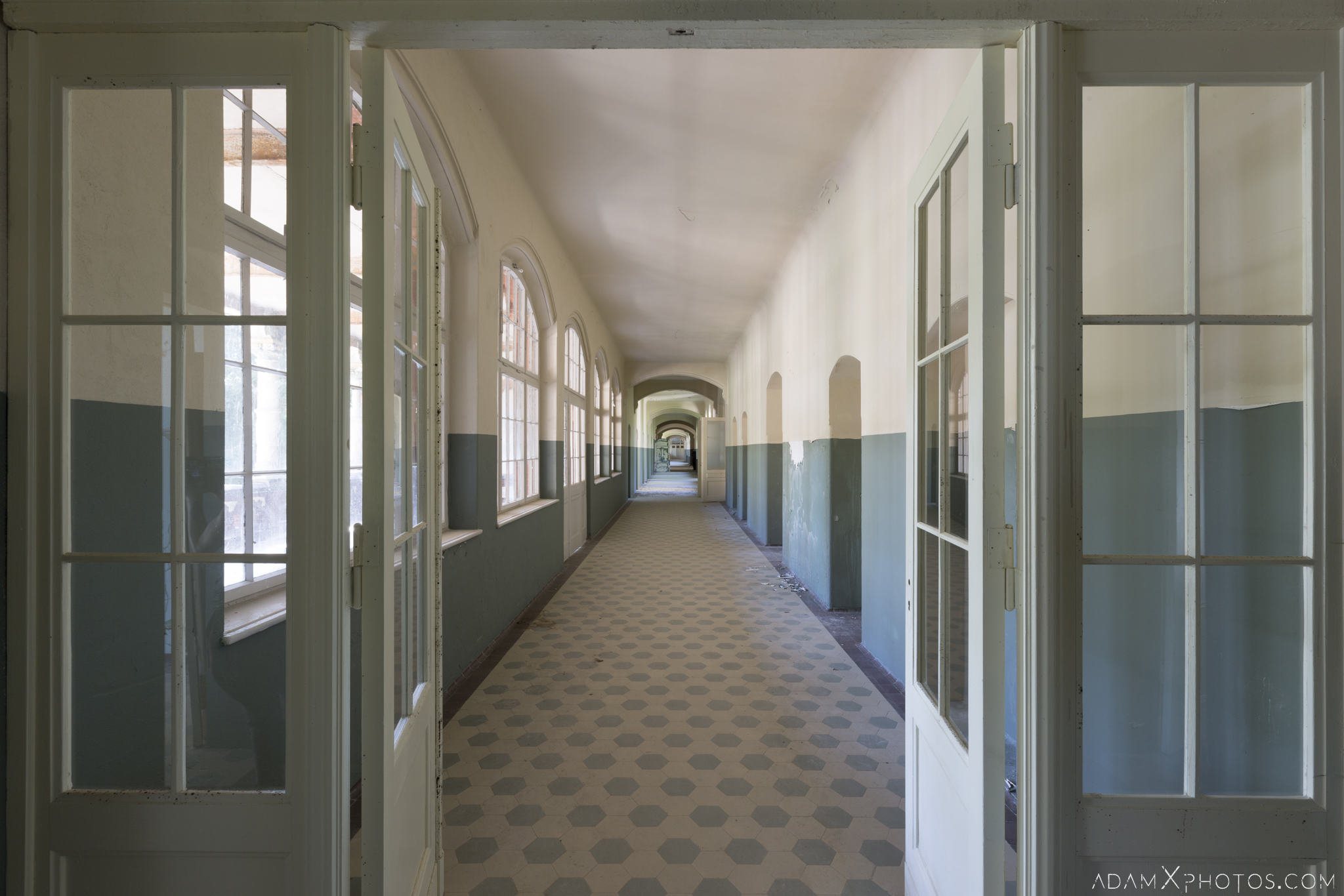 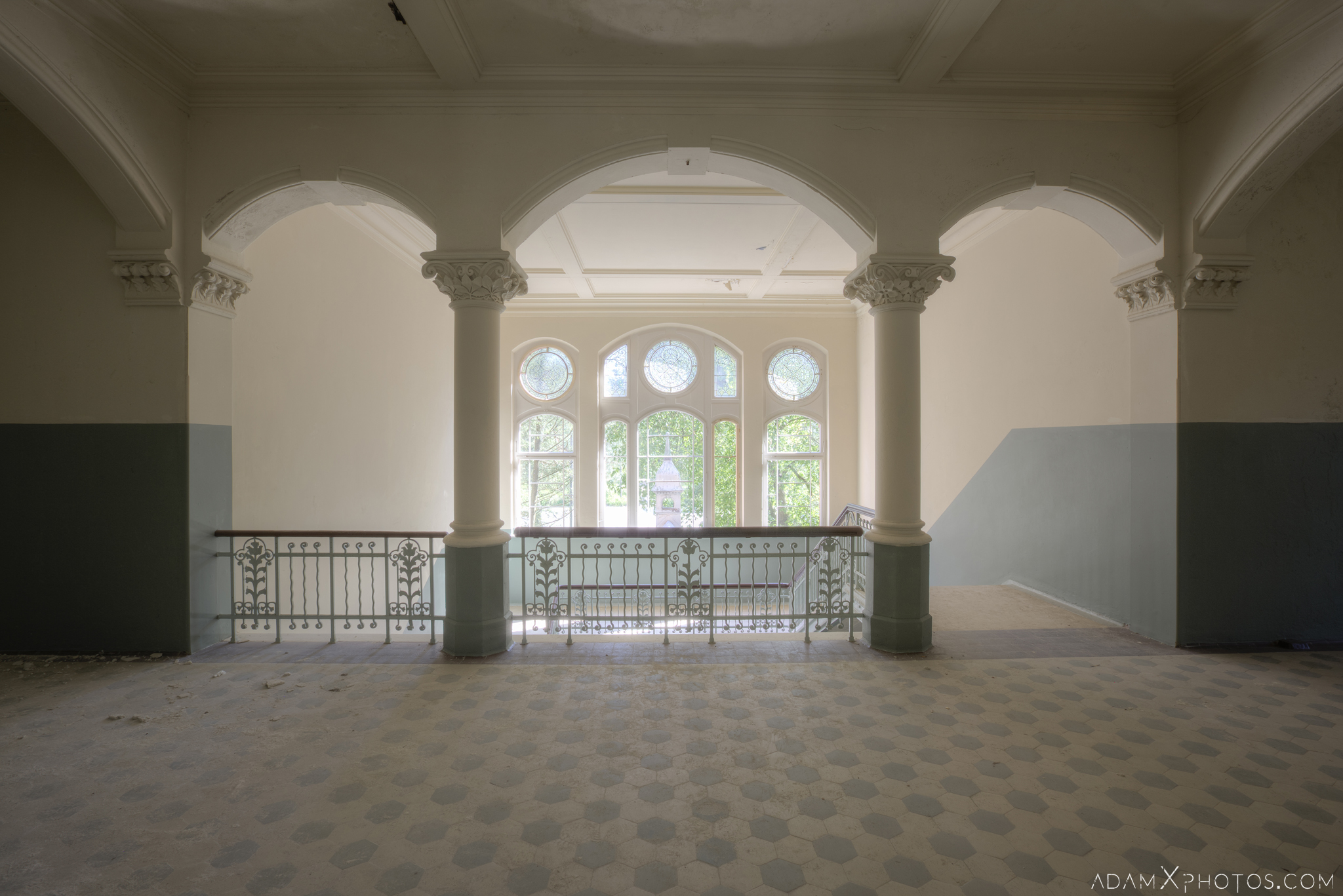 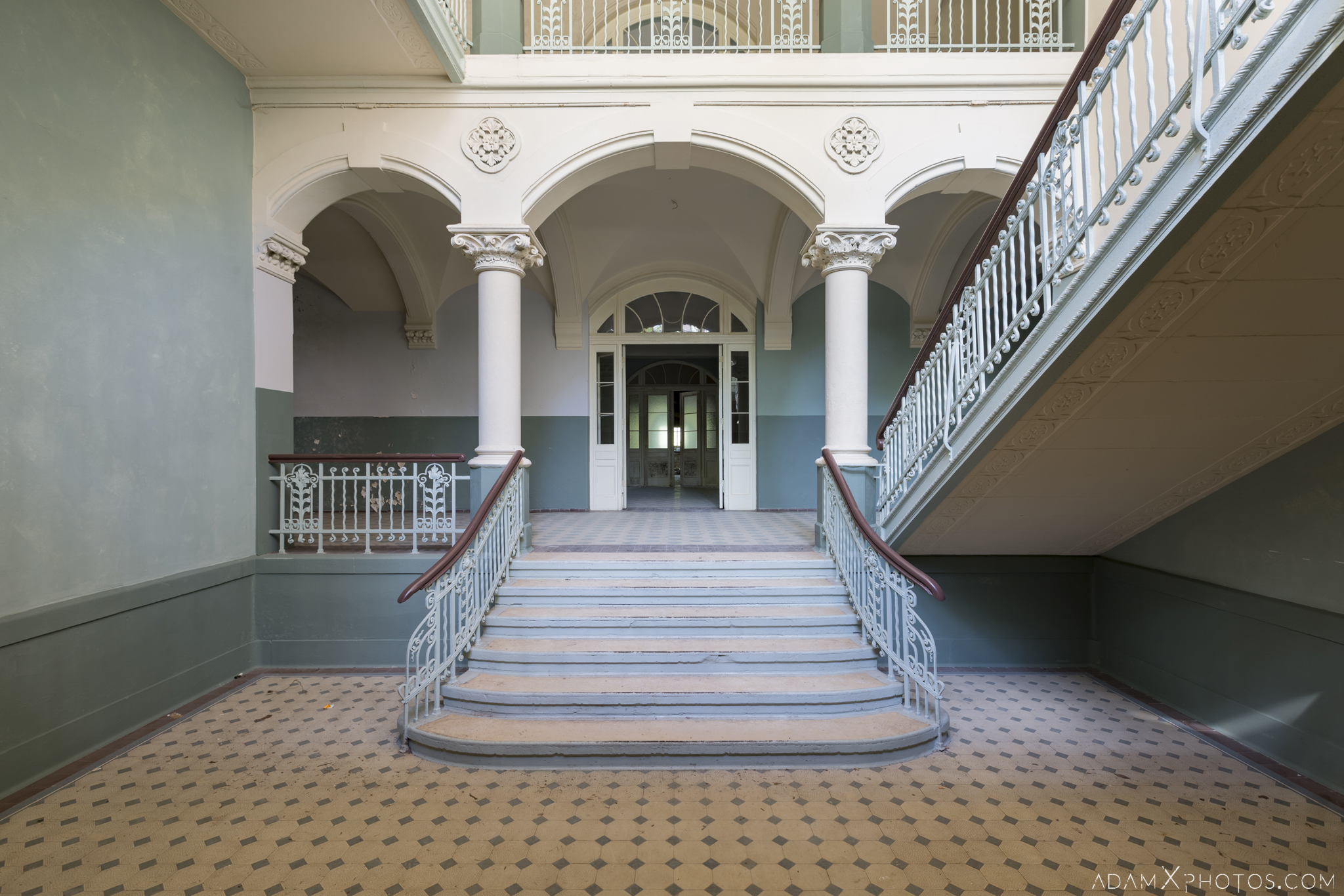 Below are a couple of images which I’ve created by blending one of my shots from August 2014 [left] with the same view in May 2016 [right]. 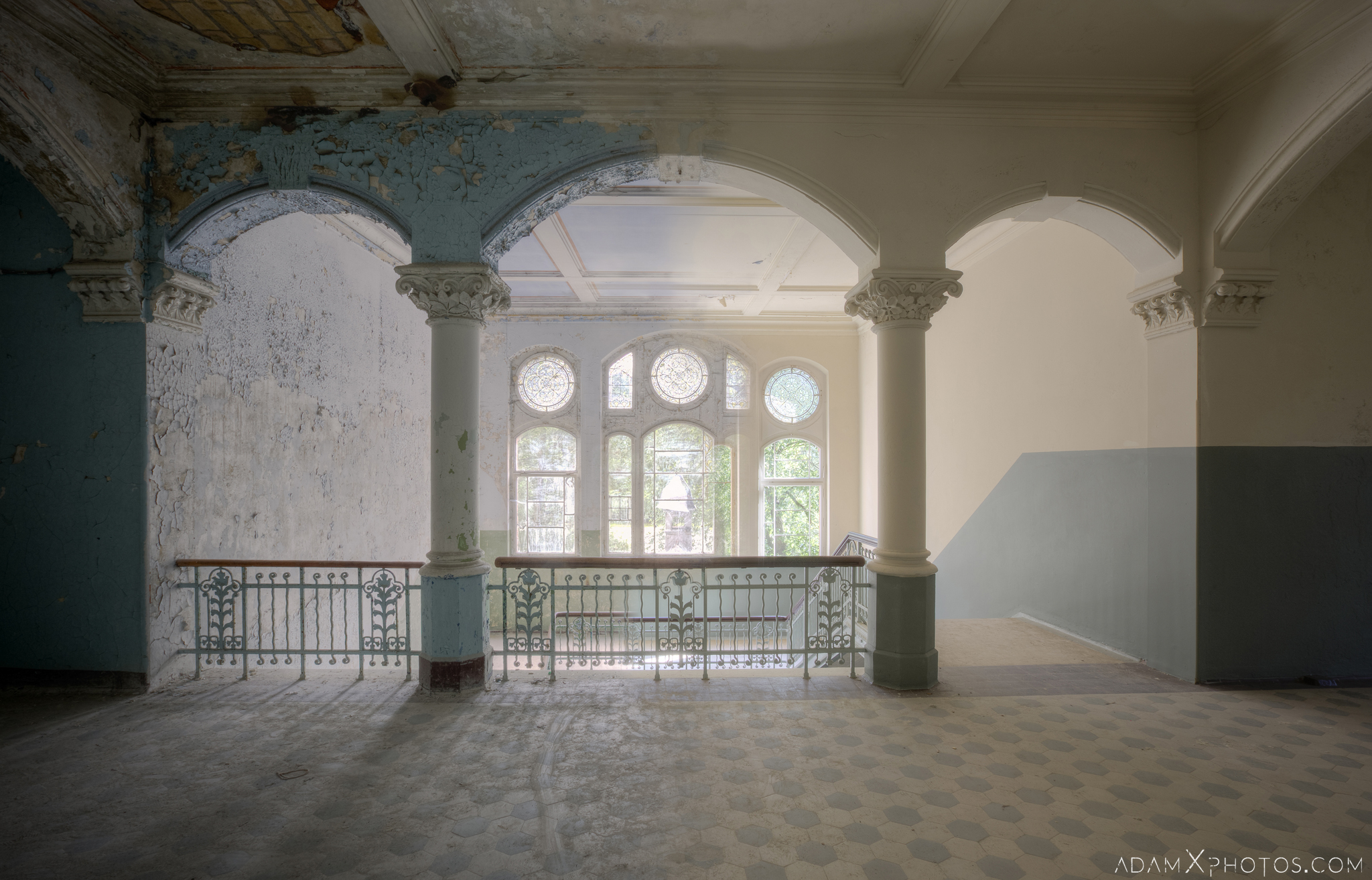 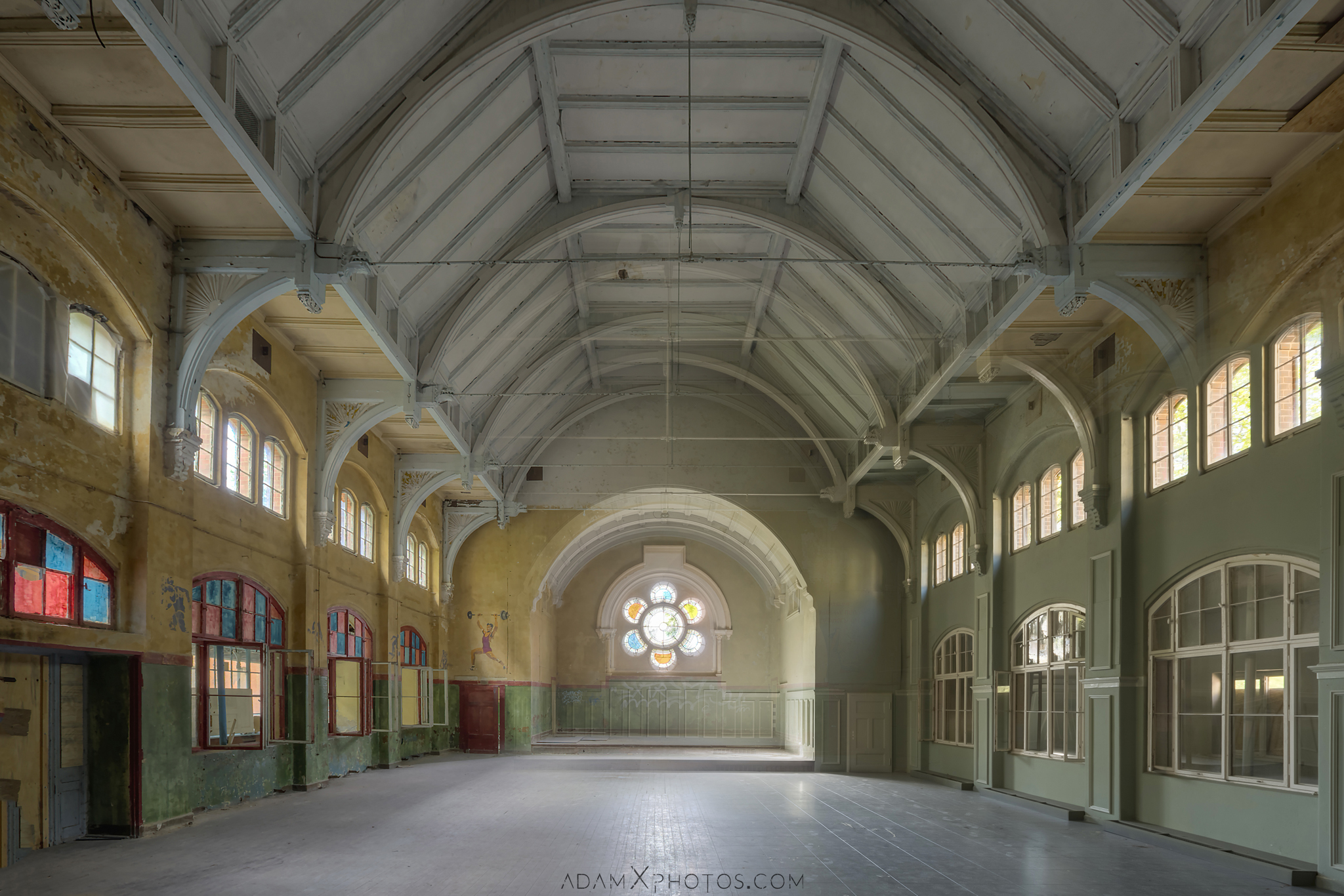