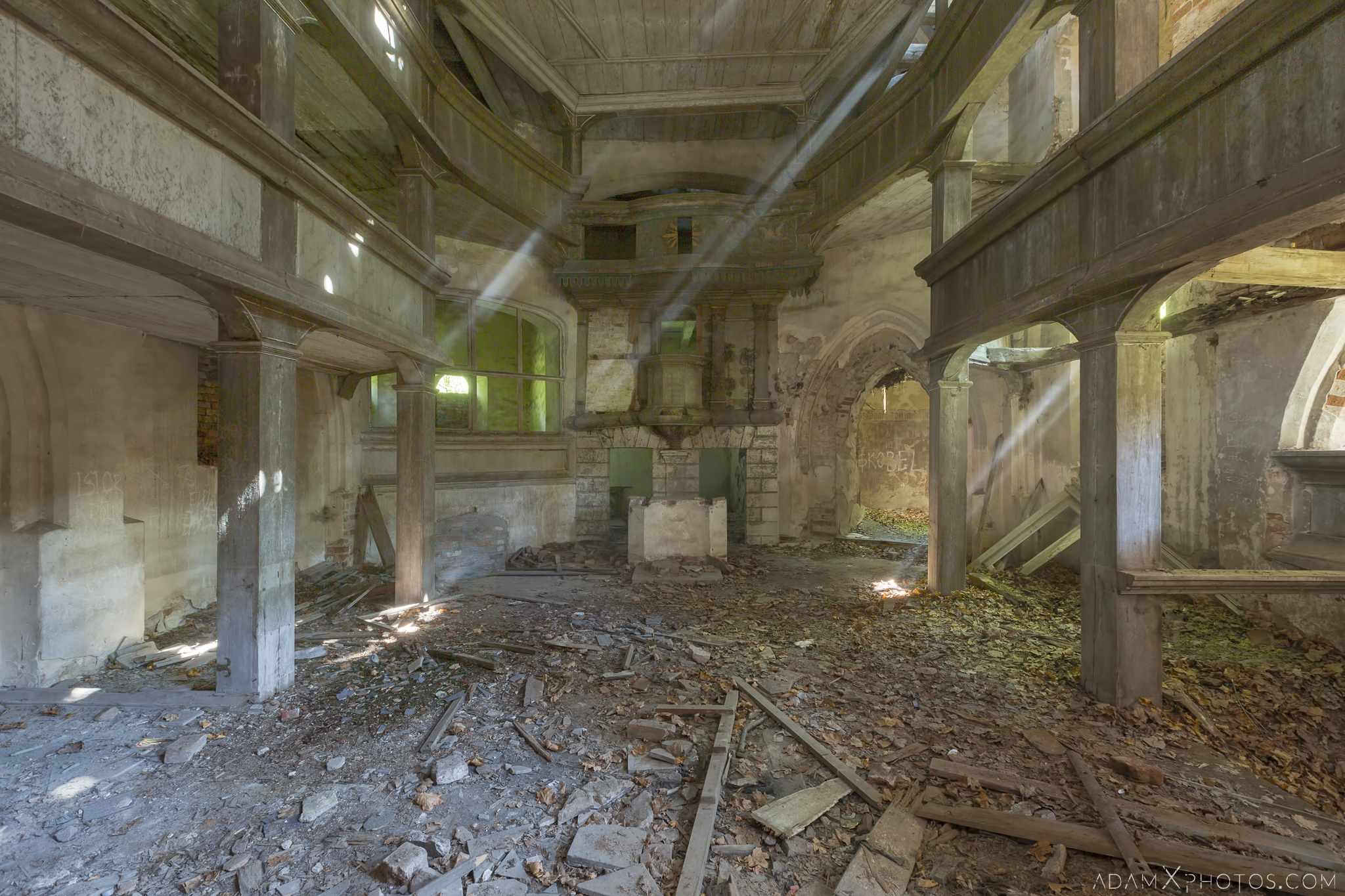 We started the final day of our roadtrip with a nice relaxed little explore of an old Gothic church close to the German border.

History
This Gothic church was built in the 15th Century, and was completely rebuilt in the late 1700s. Further extensions and refinements were added in the 1920s, including a new crypt and new wooden chancel.

The village which the church served was originally in East Germany, but the land passed to Polish territory as part of the redrawing of borders at the end of World War II.

The church has lain empty and decaying for many years, but a programme of restoration works began in 2016/2017.

Another gorgeous sunny morning spent poking around in a dark and dusty dereliction! After taking a few shots I spent half my time helping throw handfuls of dust up into the air for James and Dan to take more shots with the sunbeams streaming in. 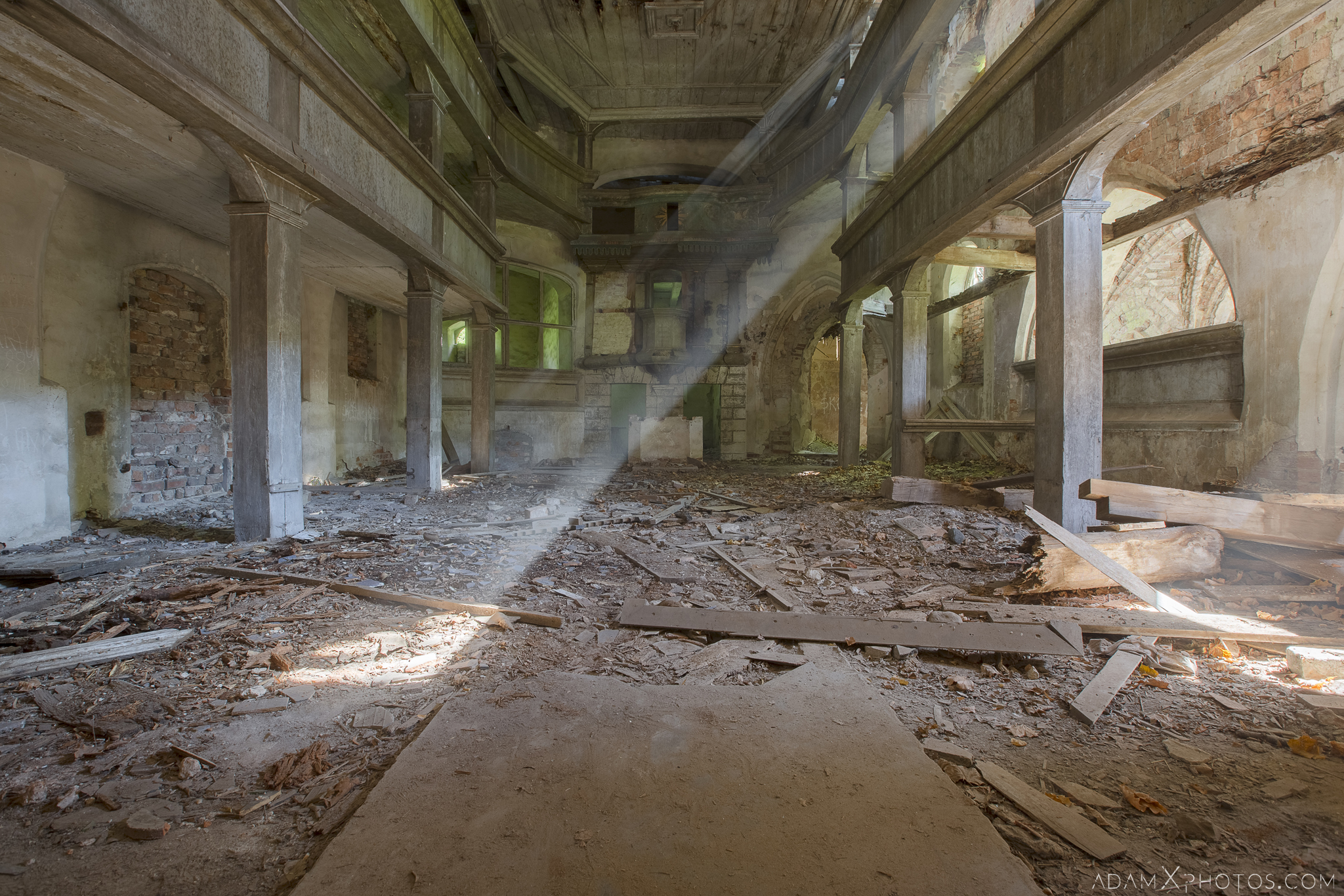 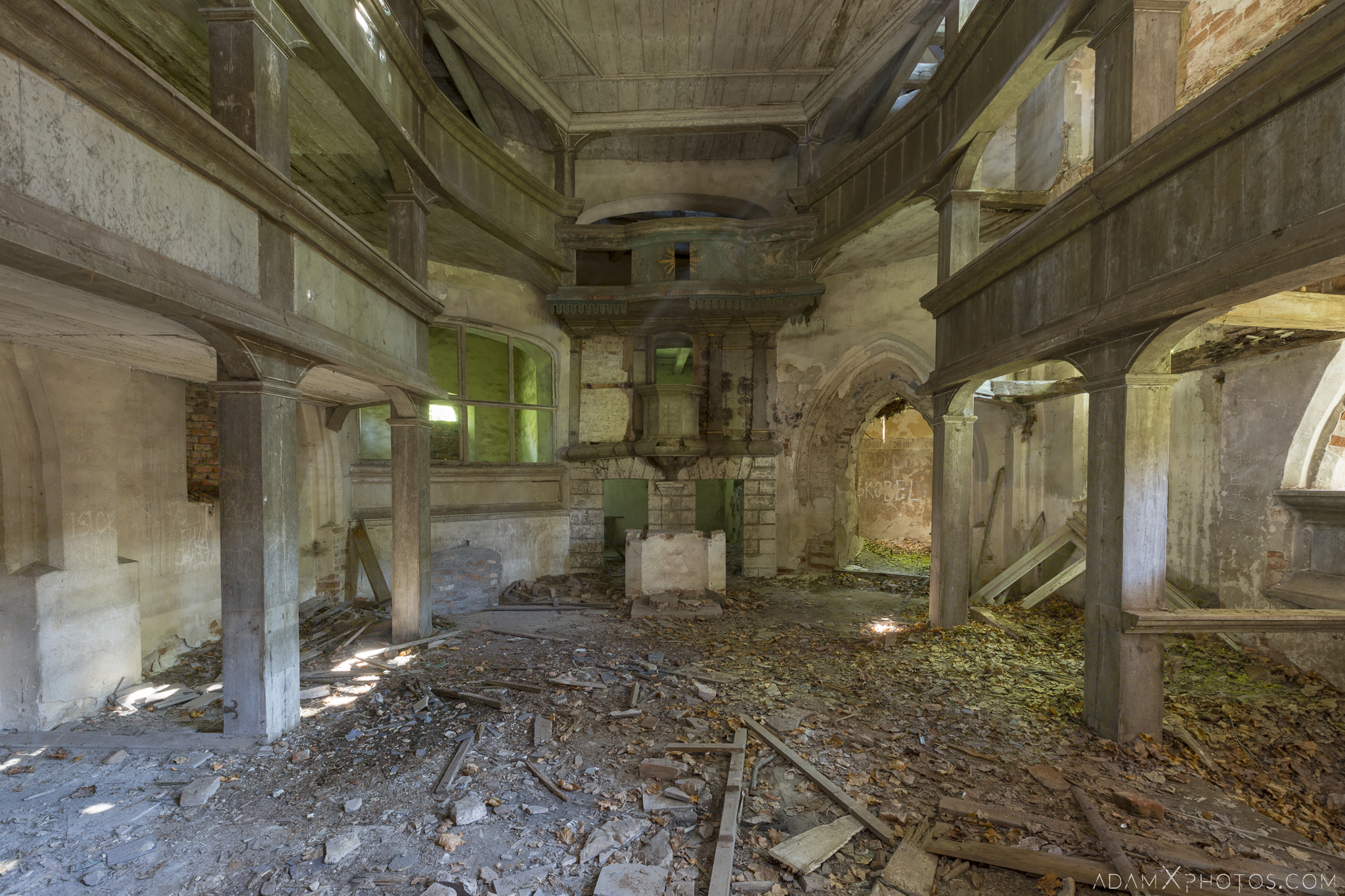 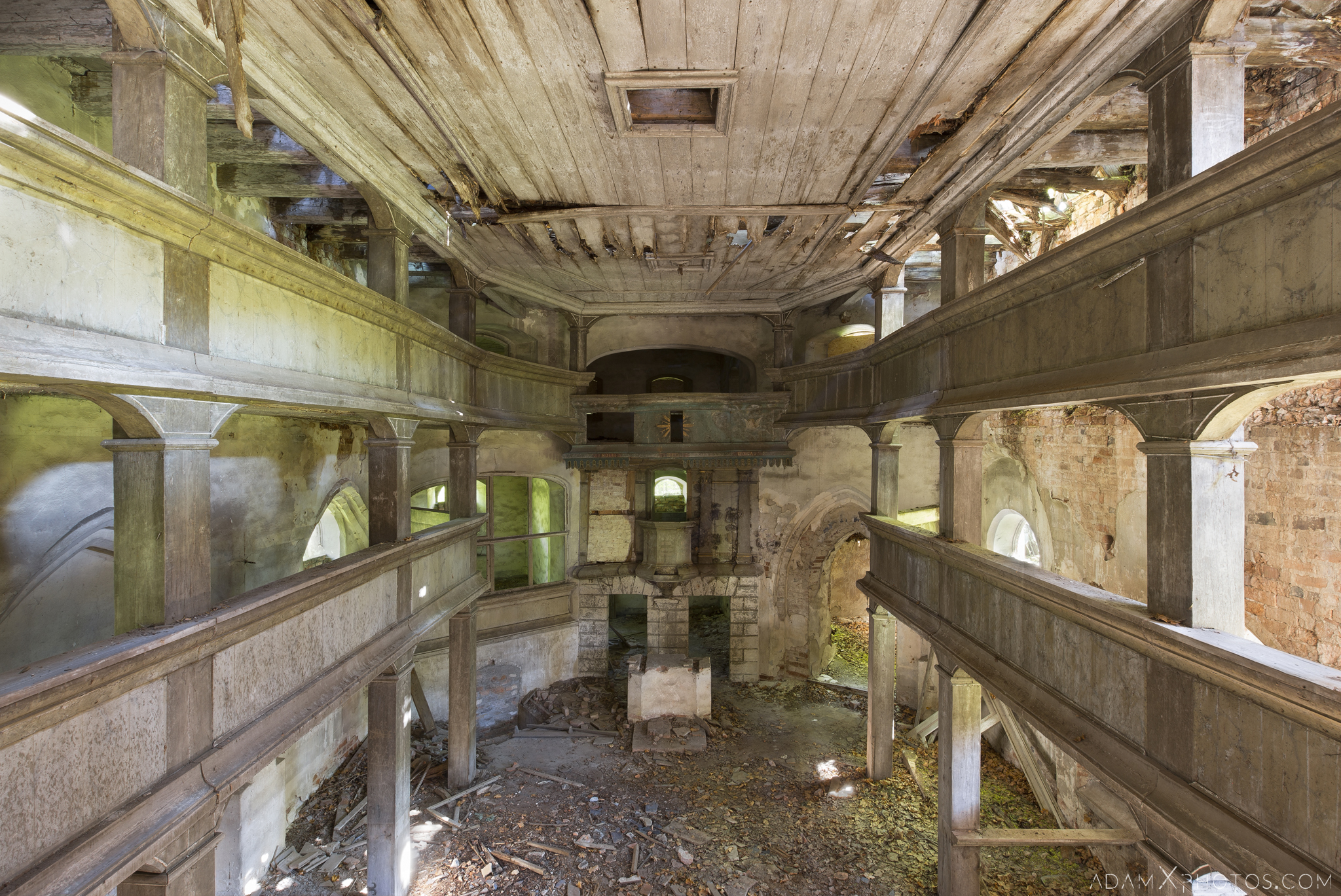 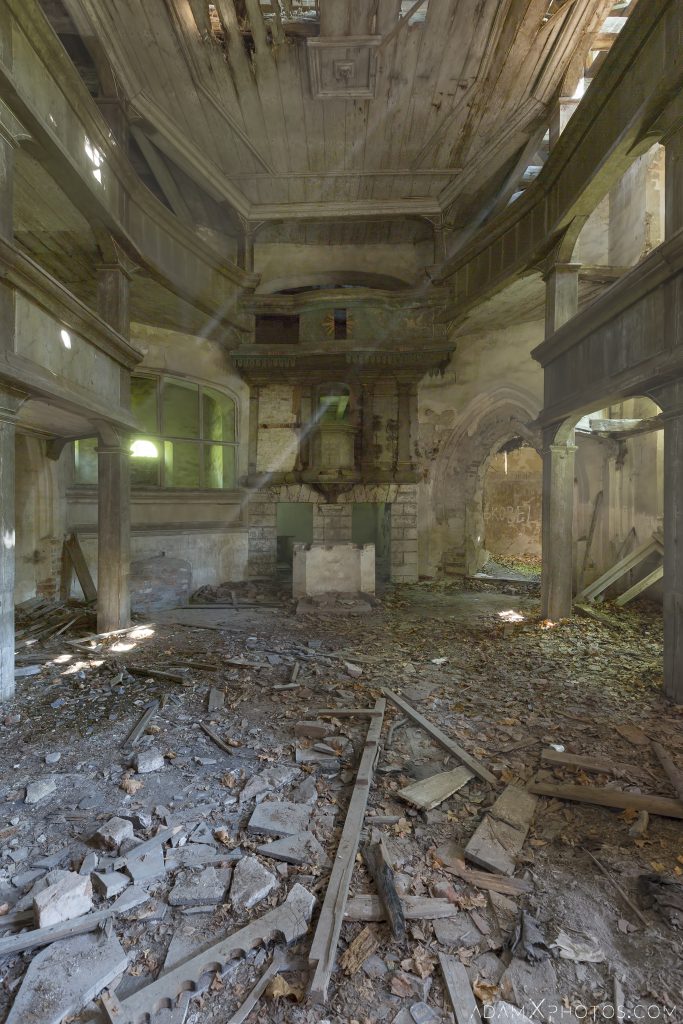 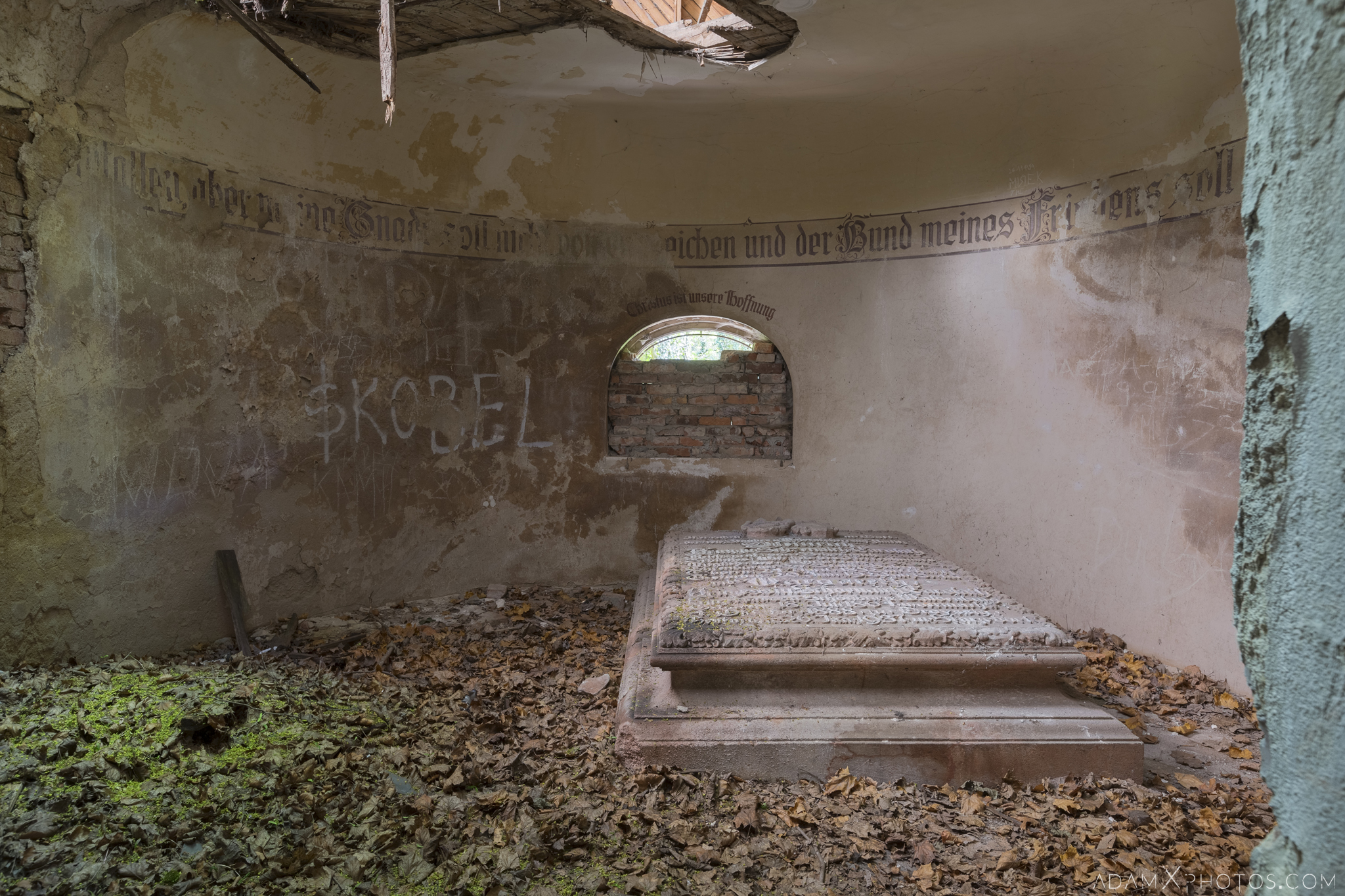 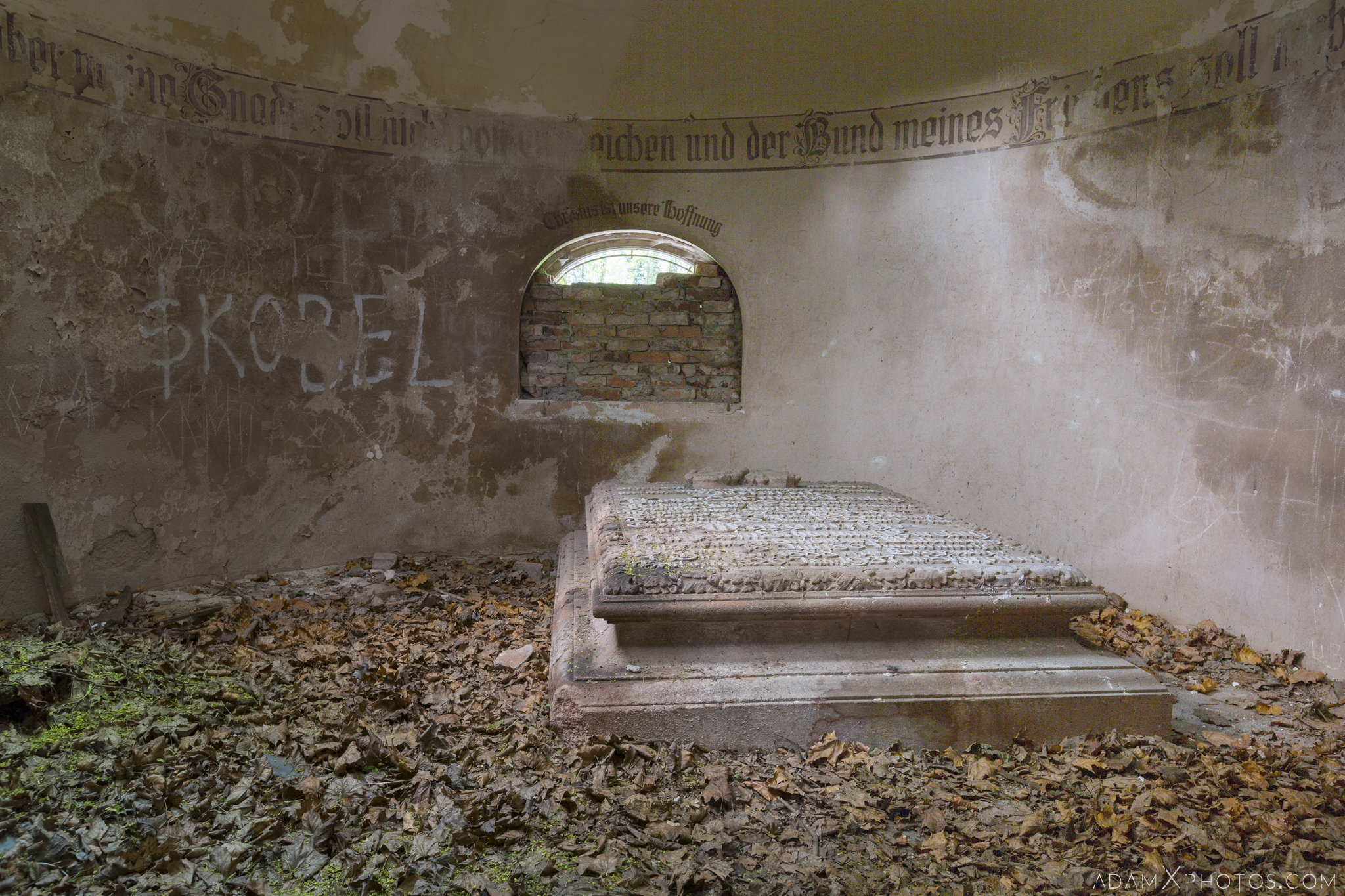 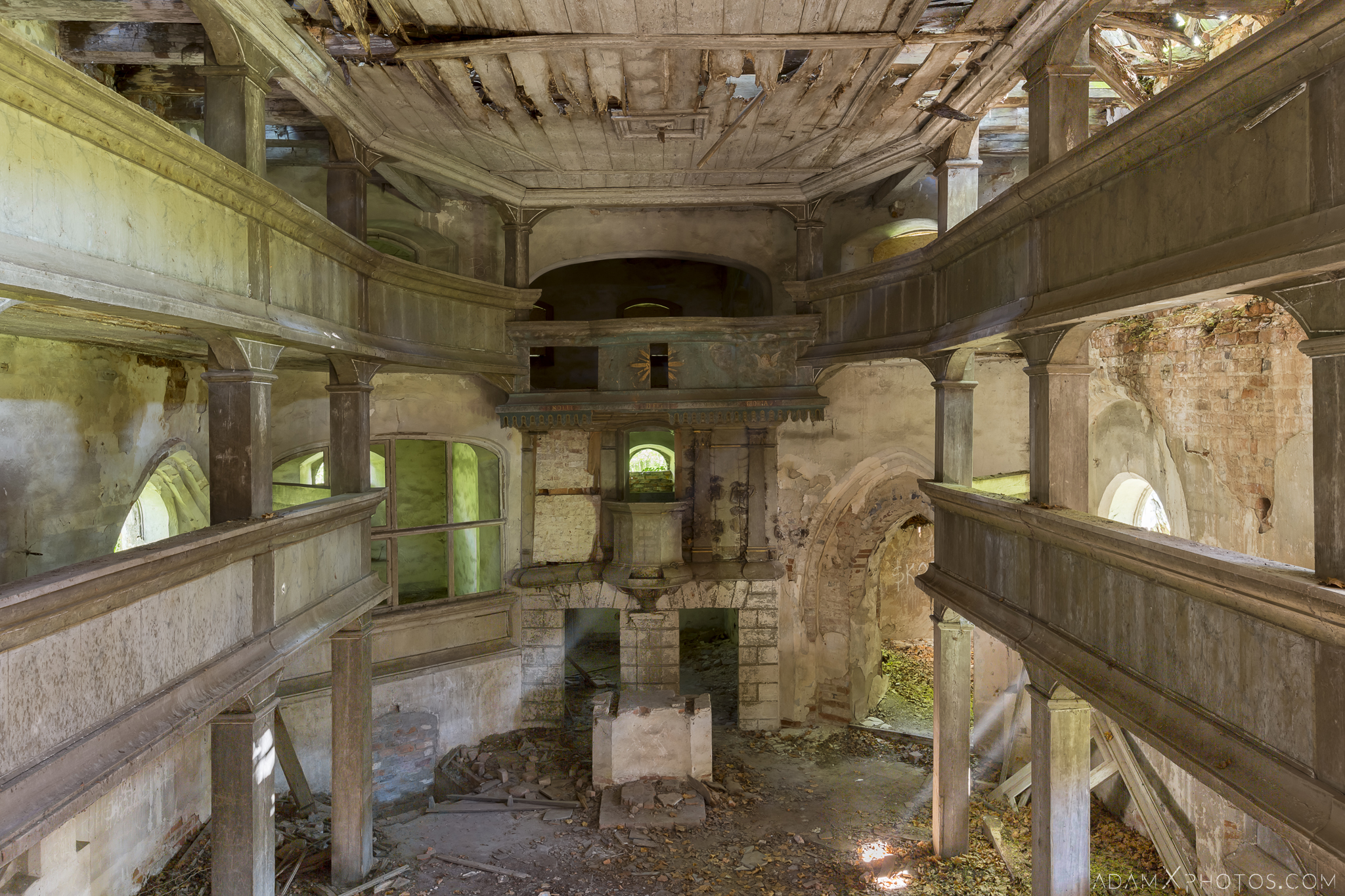 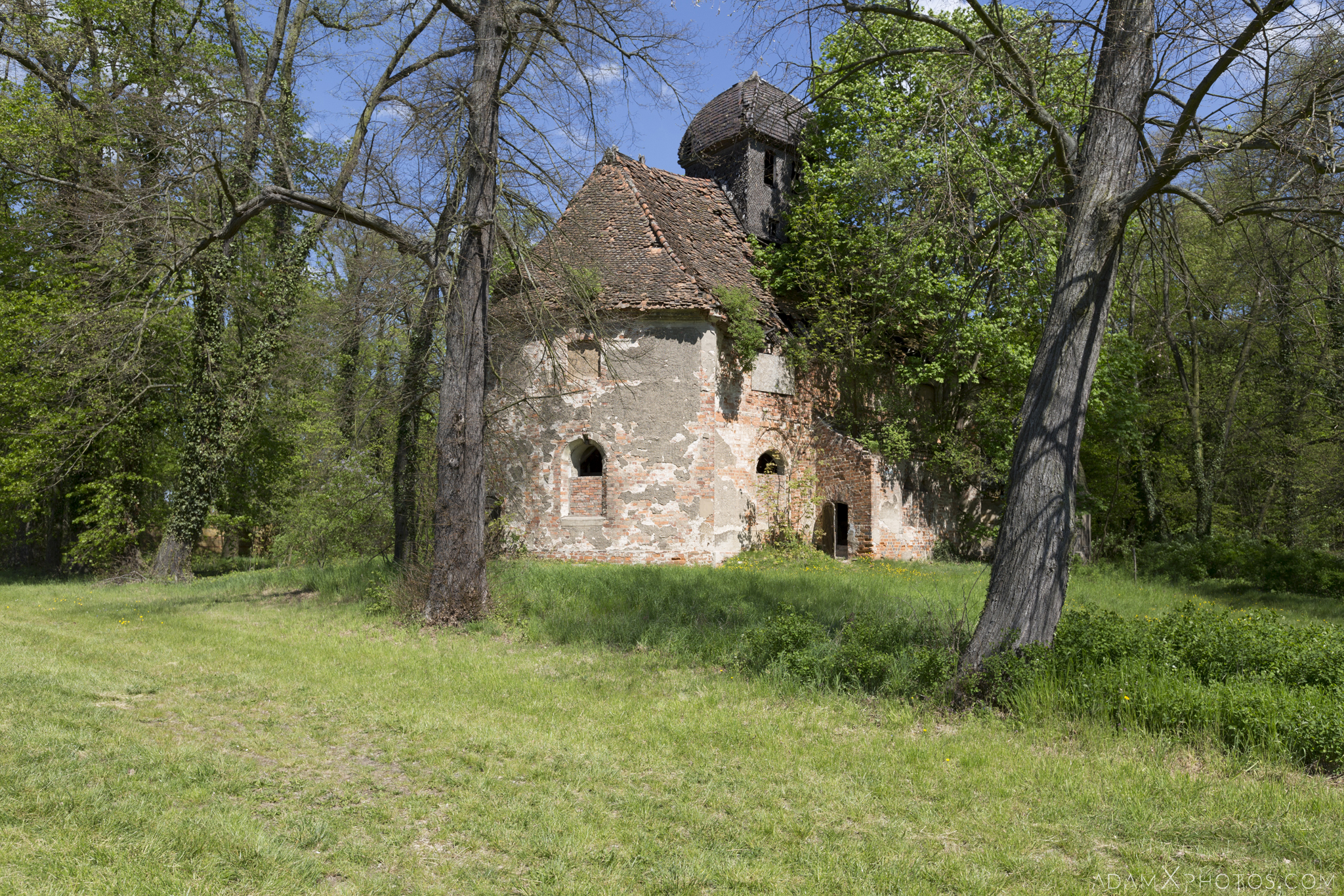 Then it was time to bid a fond farewell to Poland, and head back into Germany…