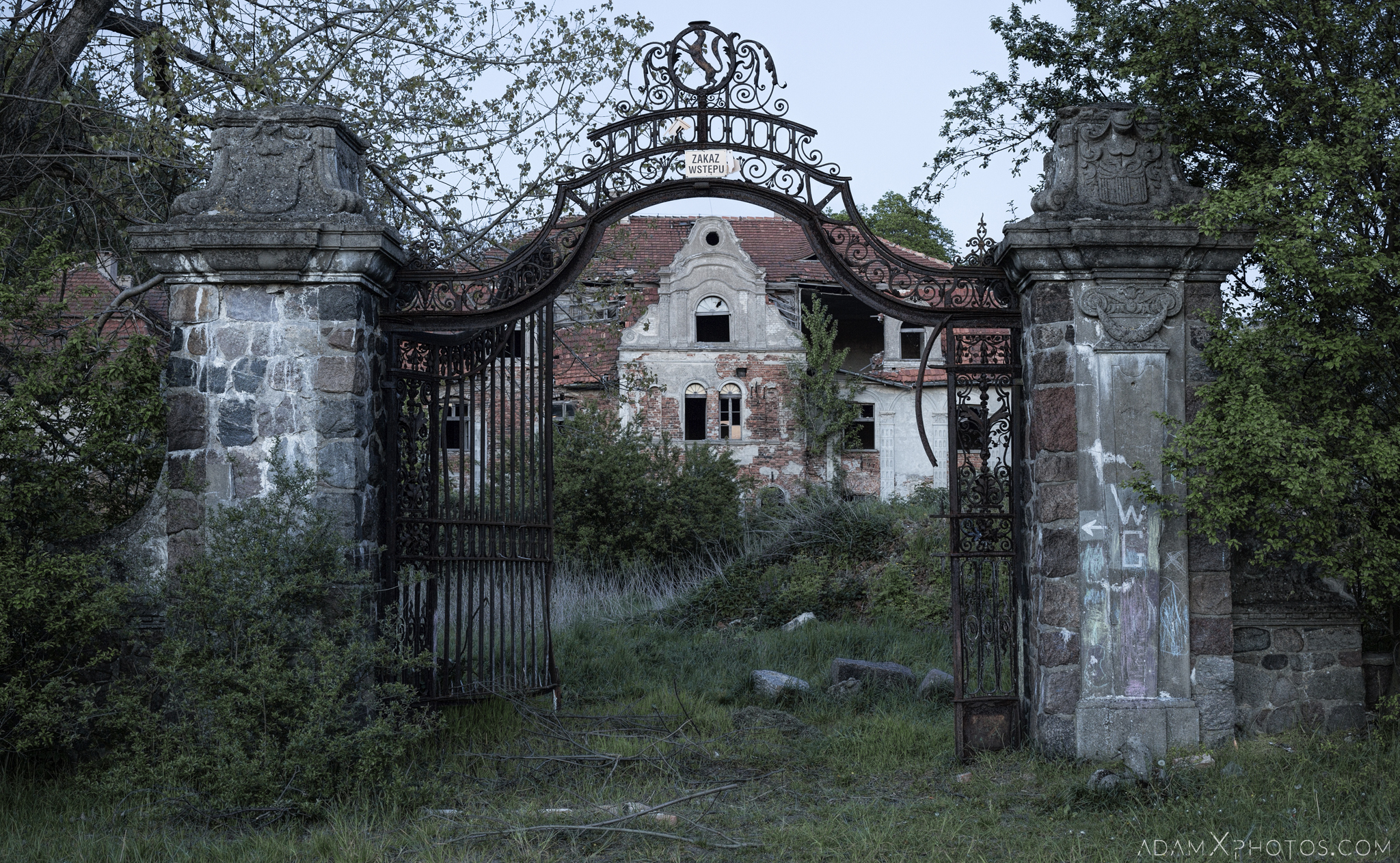 The Baroque Pałac Glinka was built in the 18th century by the Zobeltitz family. The building and landscaped parkland were expanded during the nineteenth century, and despite heavy fighting in the area it survived World War II relatively intact.

In the post-war period, as with many such palaces it became State-owned and was put to a variety of uses, including a farm, kindergarten, offices, and canteen. The palace fell into disuse after the liquidation of State farms and in 2003 was leased for ten years to a private tenant, who failed to comply with his obligations to conserve the property and allowed it to continue into rapid decline.

The State agency repossessed the palace, and is now seeking to sell the land by open tender. However, the property still stands empty and deteriorating.

We arrived after sunset, and the very last of the light was fading by the second. We knew from previous research that there was nothing left inside the palace’s broken shell of any real interest, but we just had time to grab a quick external shot each before darkness completely fell and we hit the road again to find our motel for the night.

Just the single shot from here I’m afraid, but here’s the “spooky” edit… 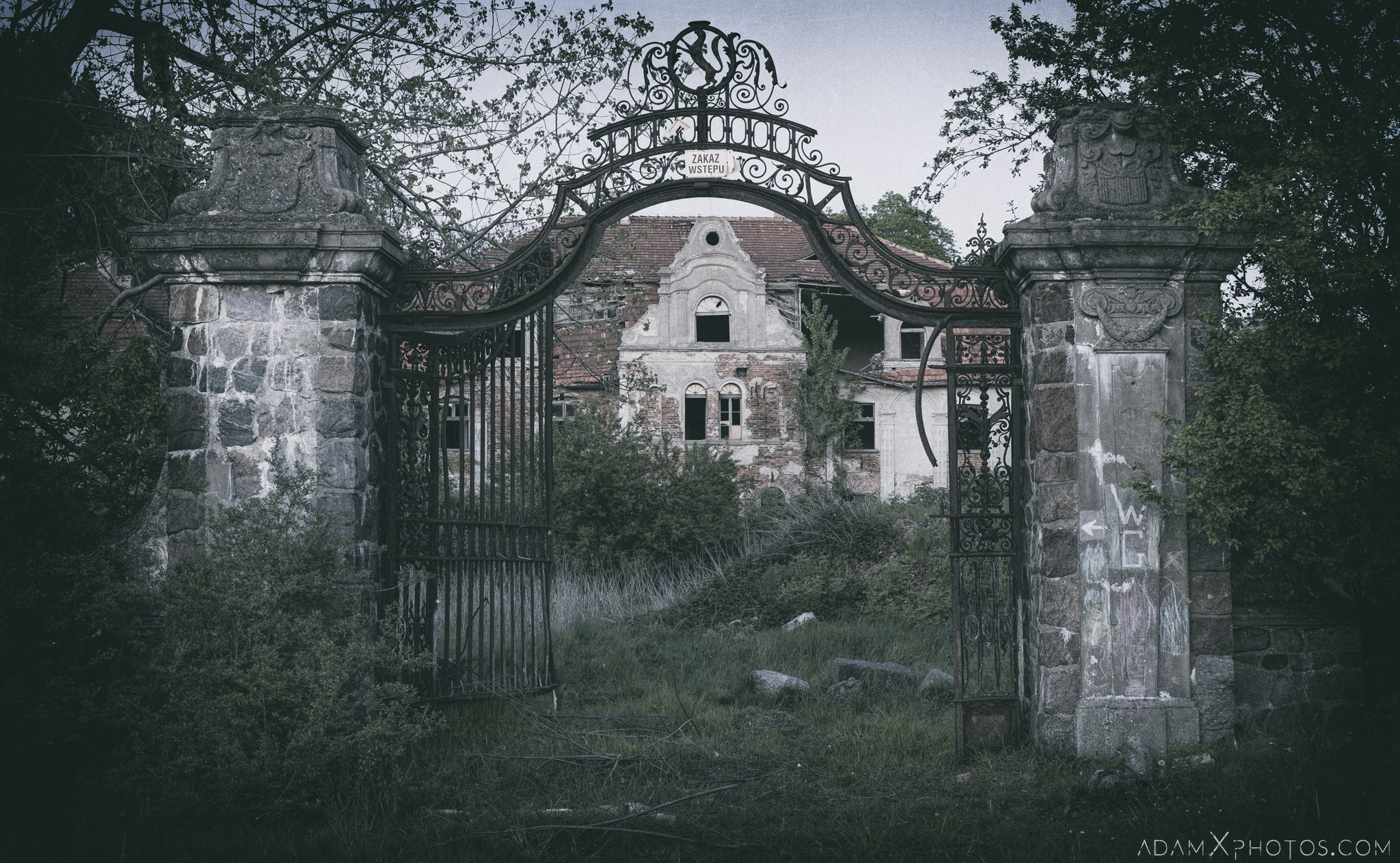