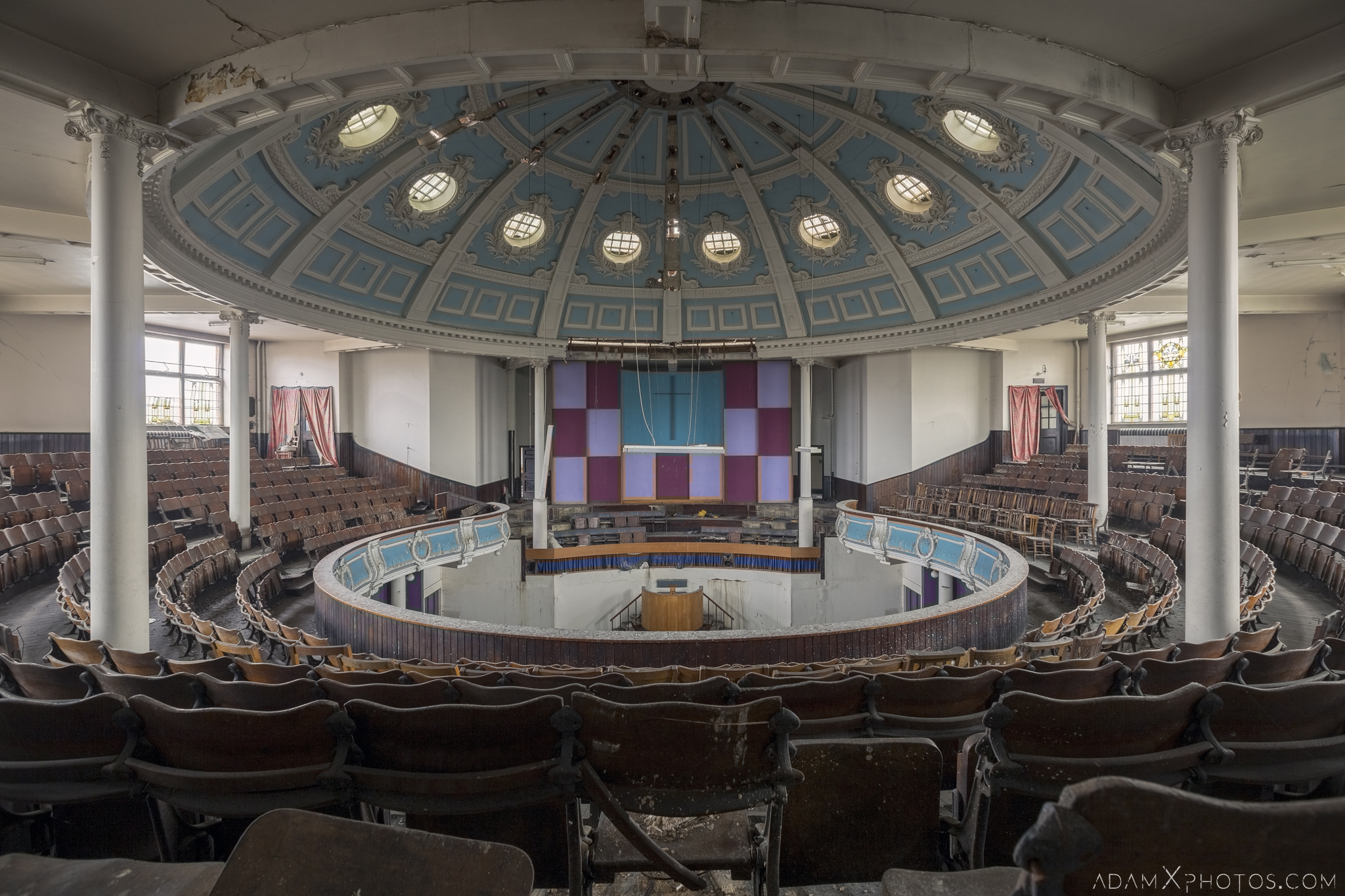 After our nocturnal adventures rooftopping in central London, we headed to Southall to explore this beautiful derelict church… unfortunately I only managed to take one shot before things went rather wrong!

History (rewritten from here)
The 3-storey King’s Hall was built in 1916 with a stone and brick facade, designed by architect Sir Alfred Gelder of Hull. It was operated by the Uxbridge and Southall Wesleyan Mission, and screened religious films.

By 1926 it was operating as a regular cinema, still managed by the Methodist church. 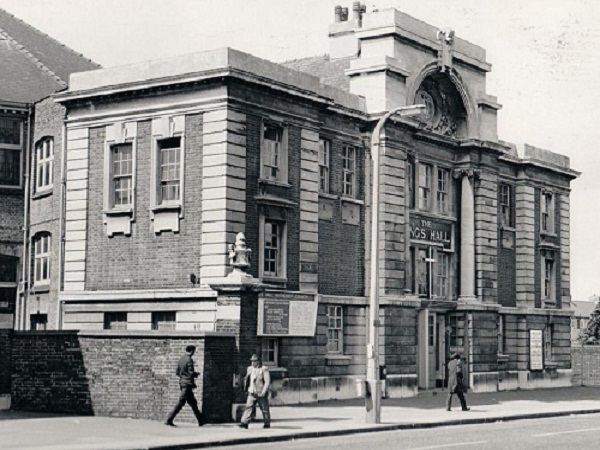 The Cinema closed in 1937, when it reverted back to use as the King’s Hall Methodist Church. Over time the church fell into disrepair, finally closing in January 2013. The building has lain unused and decaying ever since.

Our Explore
James, Jade and I arrived at around 4am, thinking that the street outside would be deserted and our access entirely inconspicuous. Instead we found around a dozen people waiting for a night bus at the bus stop immediately by our access point! After sitting it out for about 20 minutes the bus finally arrived and collected its passengers, and we made our move. Soon we were safely inside, but it was still too dark to shoot so we stretched out uncomfortably on the folding wooden seats and snoozed for an hour or so until shortly after dawn.

No sooner had we started to shoot when a couple of our other explorer friends and one of their mates turned up. It was great to see them again, but no more than 10 minutes later our explore was brought to an untimely end when we saw guys with high viz jackets on the nearby roof pointing and shouting at the church! Someone had clearly been spotted coming in – oh well, these things happen. 😔

We tried to do what we usually do when caught inside buildings – apologise, explain the purpose of our visit, and say that we don’t want any trouble and will leave immediately. Unfortunately that wasn’t possible here, because the idiot in the high viz was some local moron who didn’t want to let us leave peacefully, and started trying to throw rocks at us whenever we tried to climb out of our access window!

Much bad tempered shouting ensued from both sides…

…Jade even unleashed her army of pigeons at him…


…we were tempted to call the police to deal with the idiot, but one of our group managed to find an alternative route out of the building, and after some quick teamwork and climbing and running we managed to escape scot free! I had only taken one shot before things kicked off, but thankfully it was the money shot! 🙂

Thanks for stopping by – it’s been eventful! 😂
Adam X