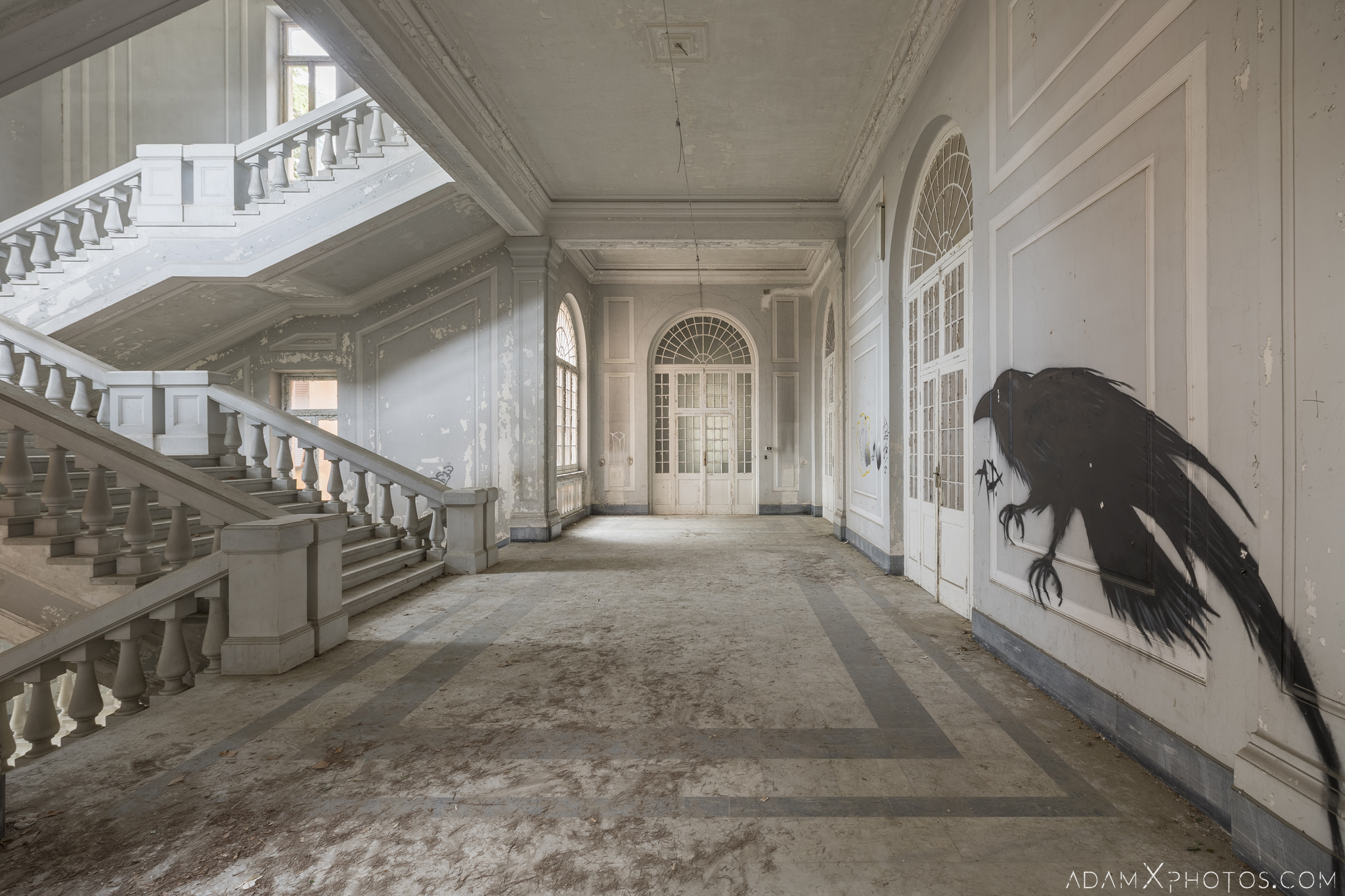 History
This psychiatric hospital / asylum was founded in a coastal Italian city in the 1890s. It was intended to house less chronic patients, but many who were admitted ended up being incarcerated for years, if not permanently. Originally built to house up to 700 patients, a growing demand led to the construction of an extension in the 1930s, and patient numbers rose to some 1,500.

In the later part of the twentieth century such asylums were deemed to be undesirable and inappropriate for modern treatment techniques. Nationwide reforms were brought about by the 1978 ‘Law 180’, which ordered the closure of all psychiatric hospitals, and their replacement with community-based alternatives. The hospital finally closed in the late 1990s.

Our Explore
The hardest part of this explore was finding somewhere to park, as it is located in a very busy urban area! Soon we had avoided the locals, jumped a few walls, and found a way inside.

This was a really enjoyable and relaxed little explore, and one of those where there was a wonderful juxtaposition in walking around a deserted and silent decaying building whilst the shouts, car horns, and other noises of everyday modern life still occasionally filtered in from the world outside. 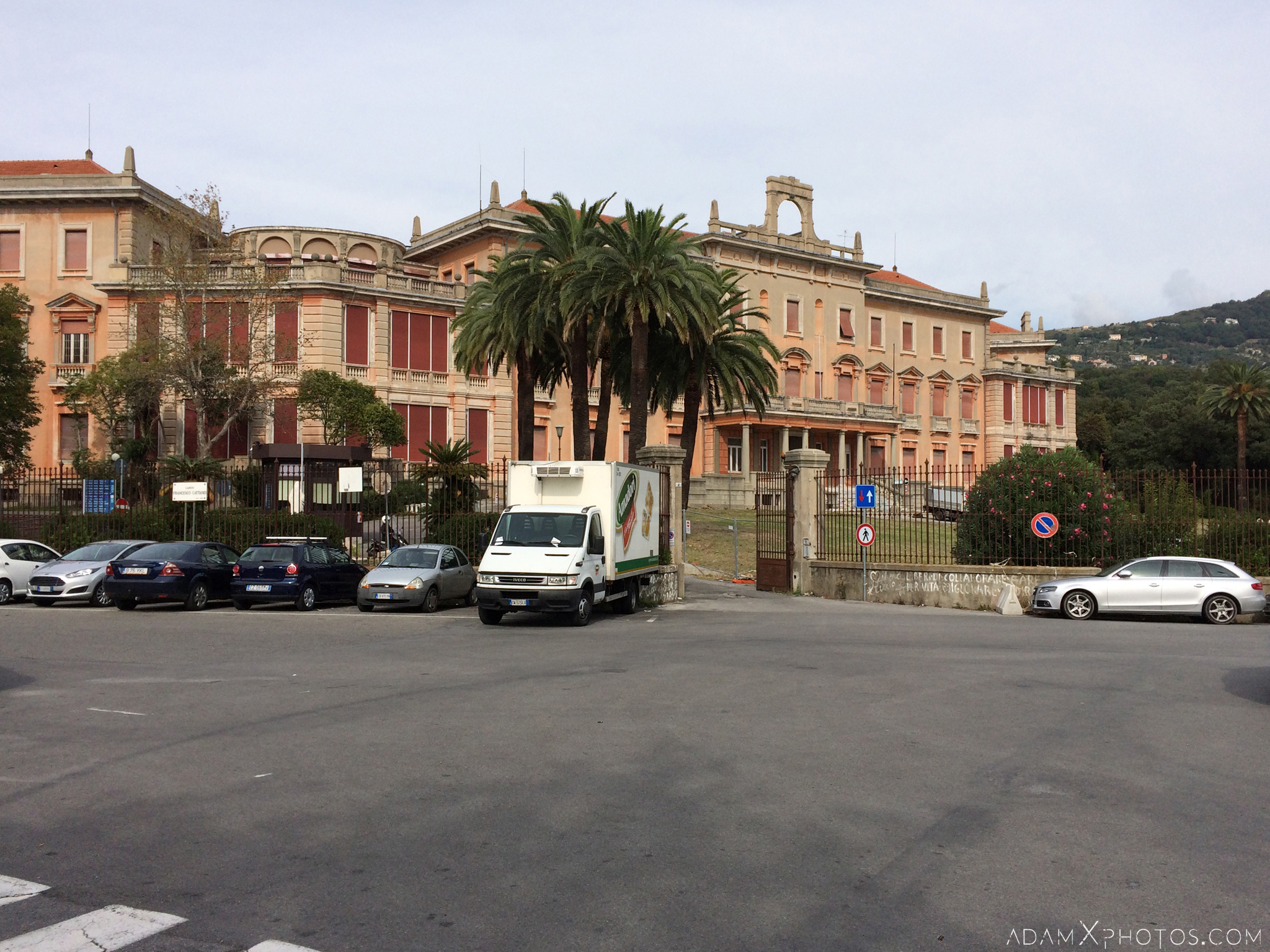 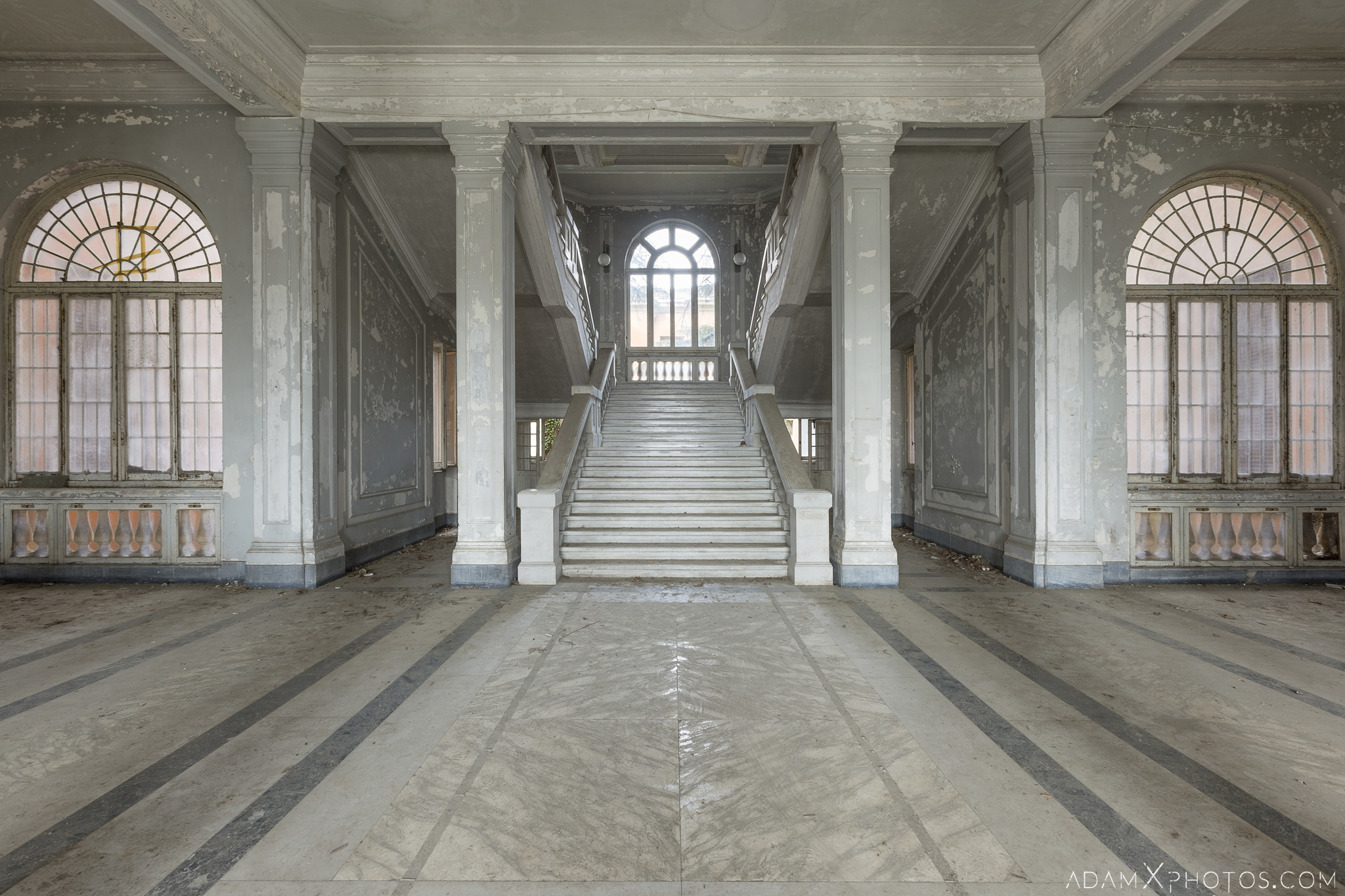 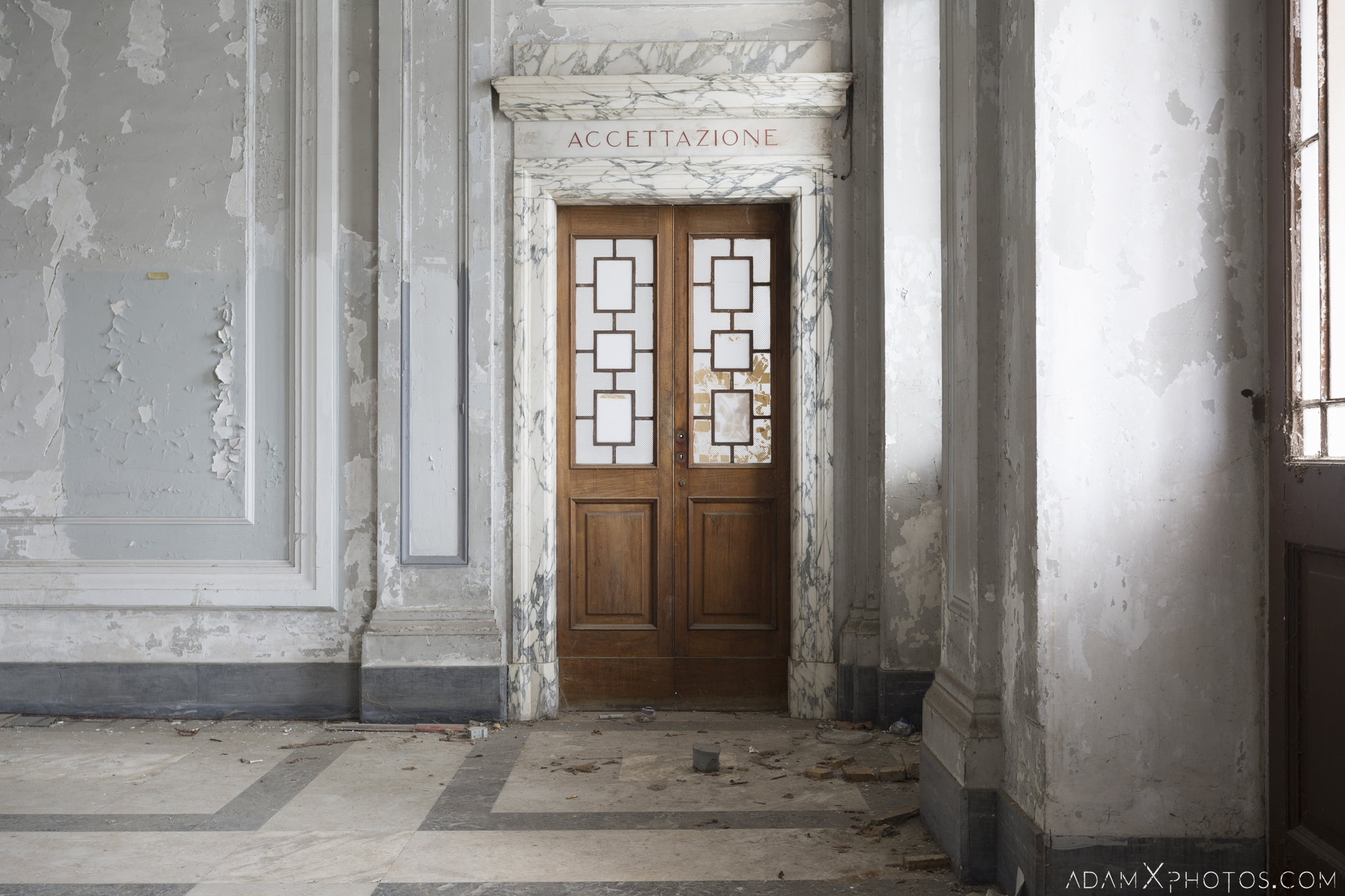 Door to the Reception (‘Accettazione’) area. 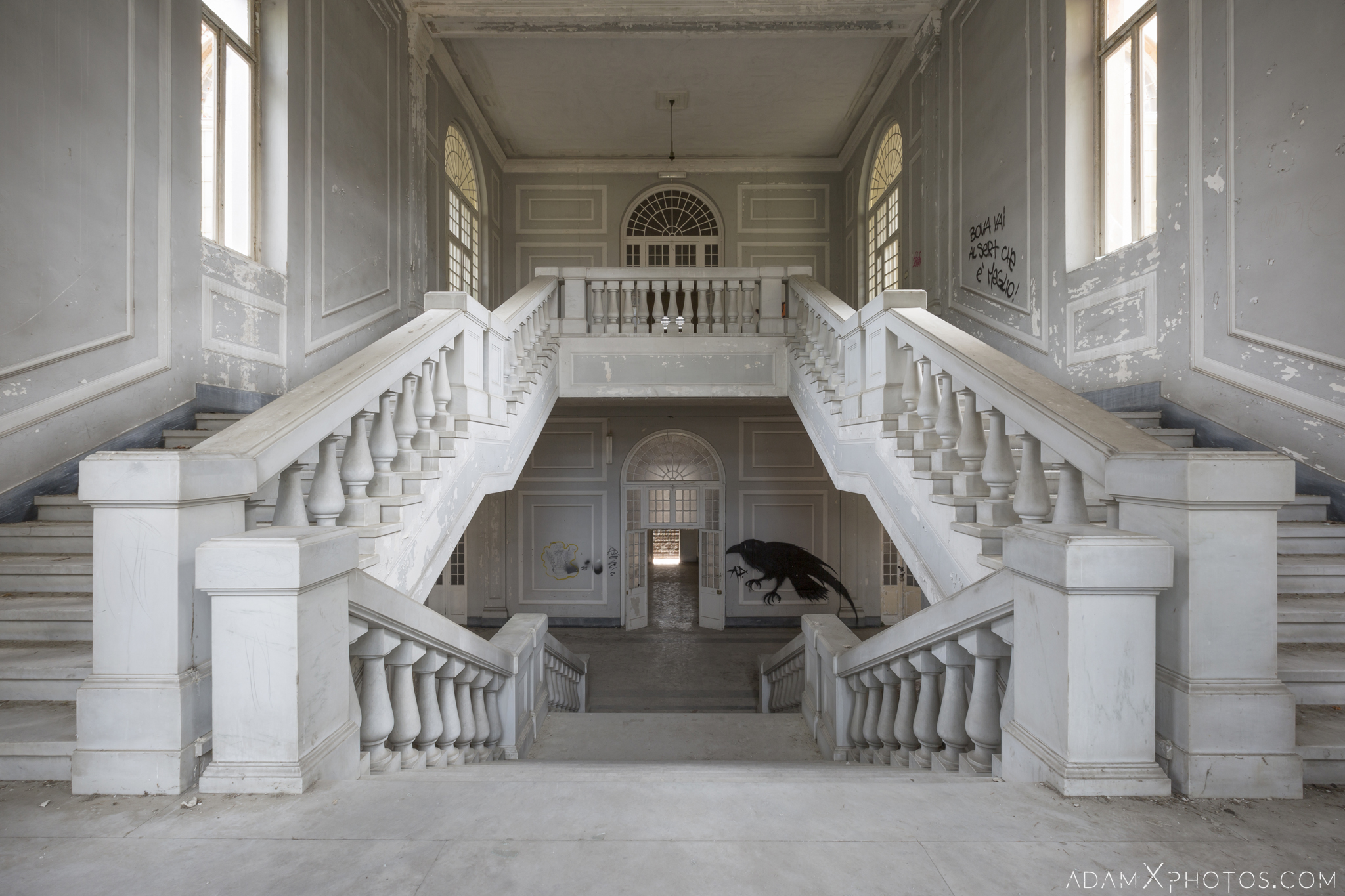 This crow (or raven?) graffiti / artwork was rather cool I thought. 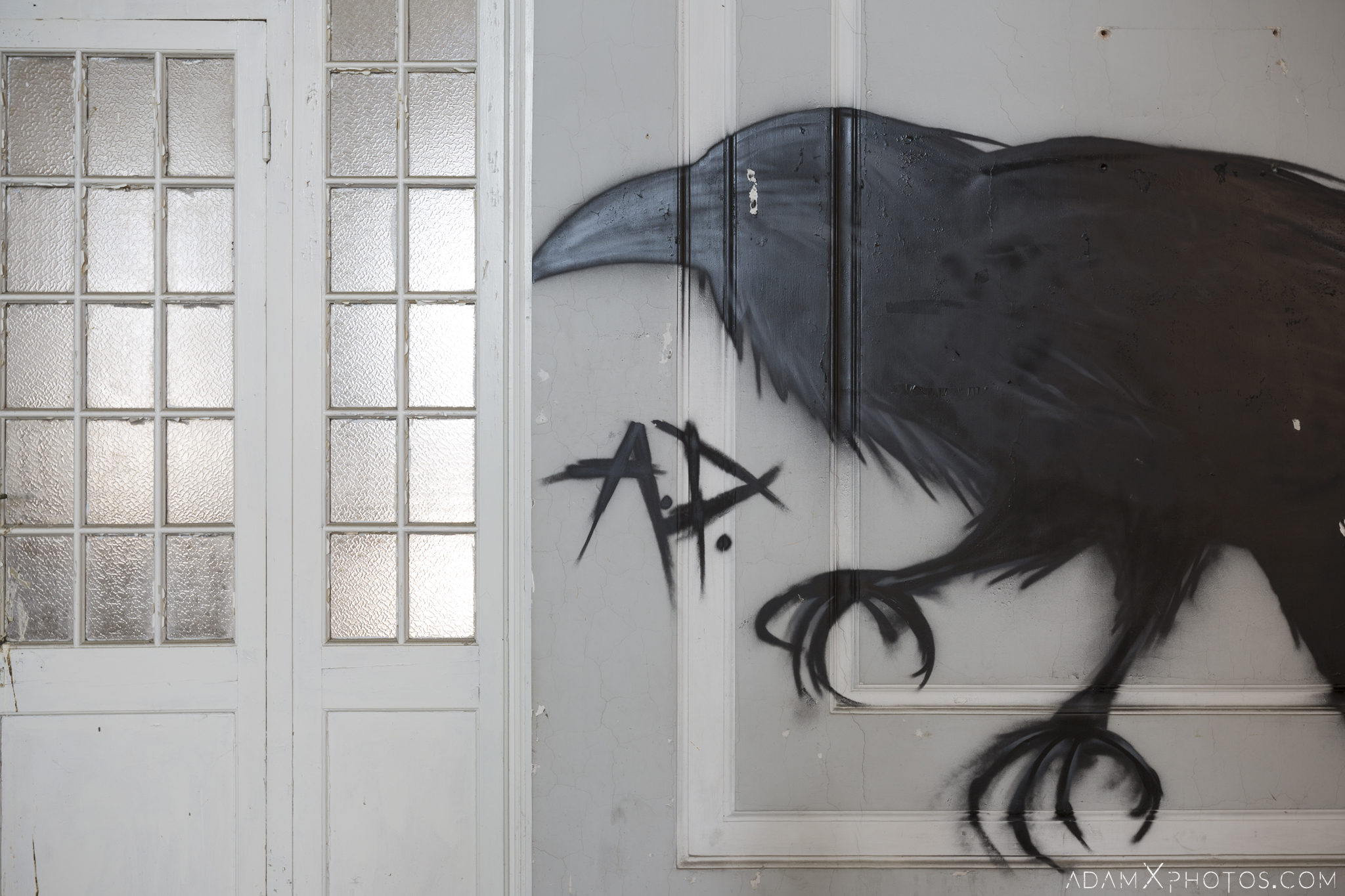 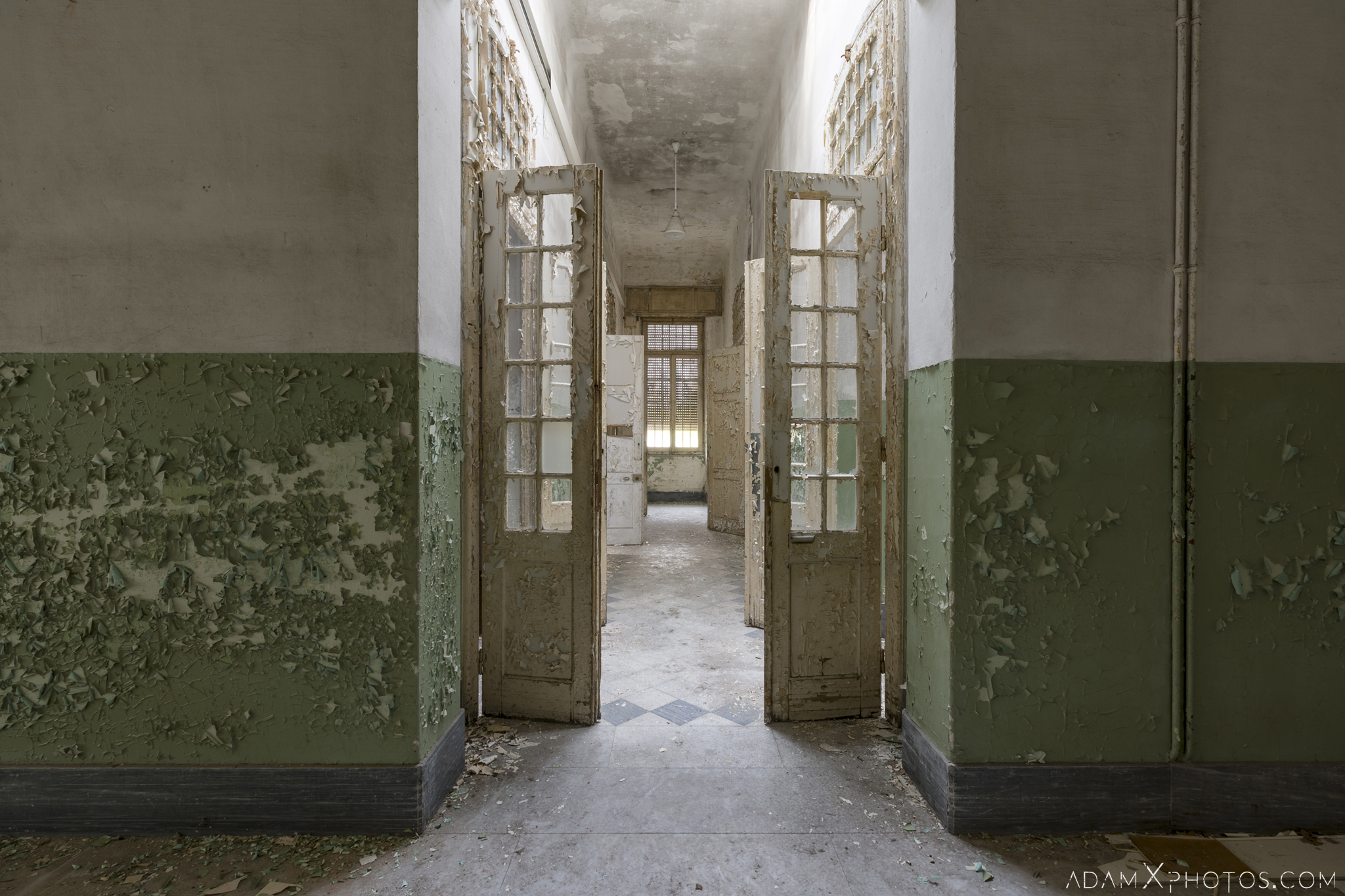 Peeling paint goodness on one of the ground floor corridors. 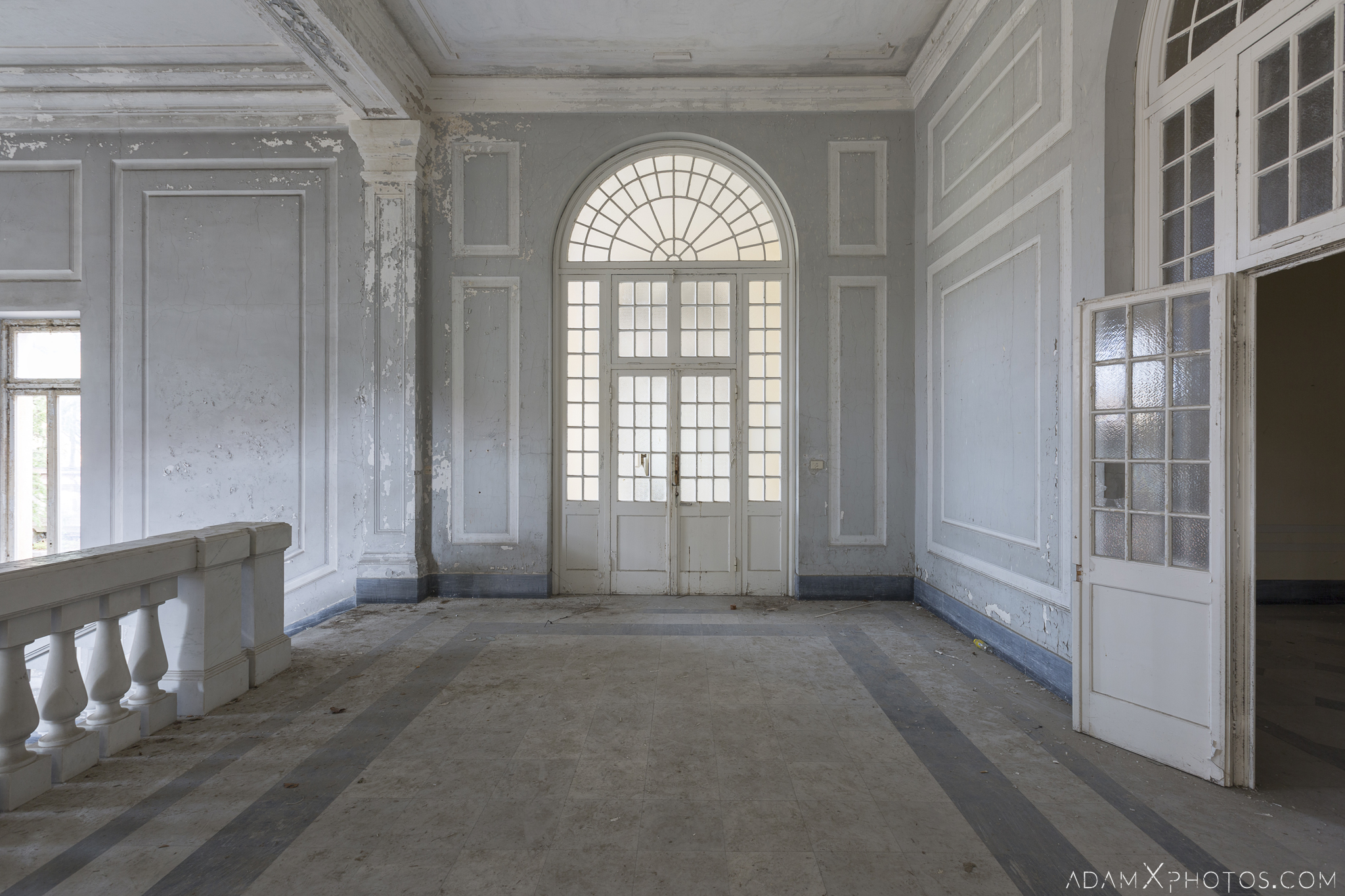 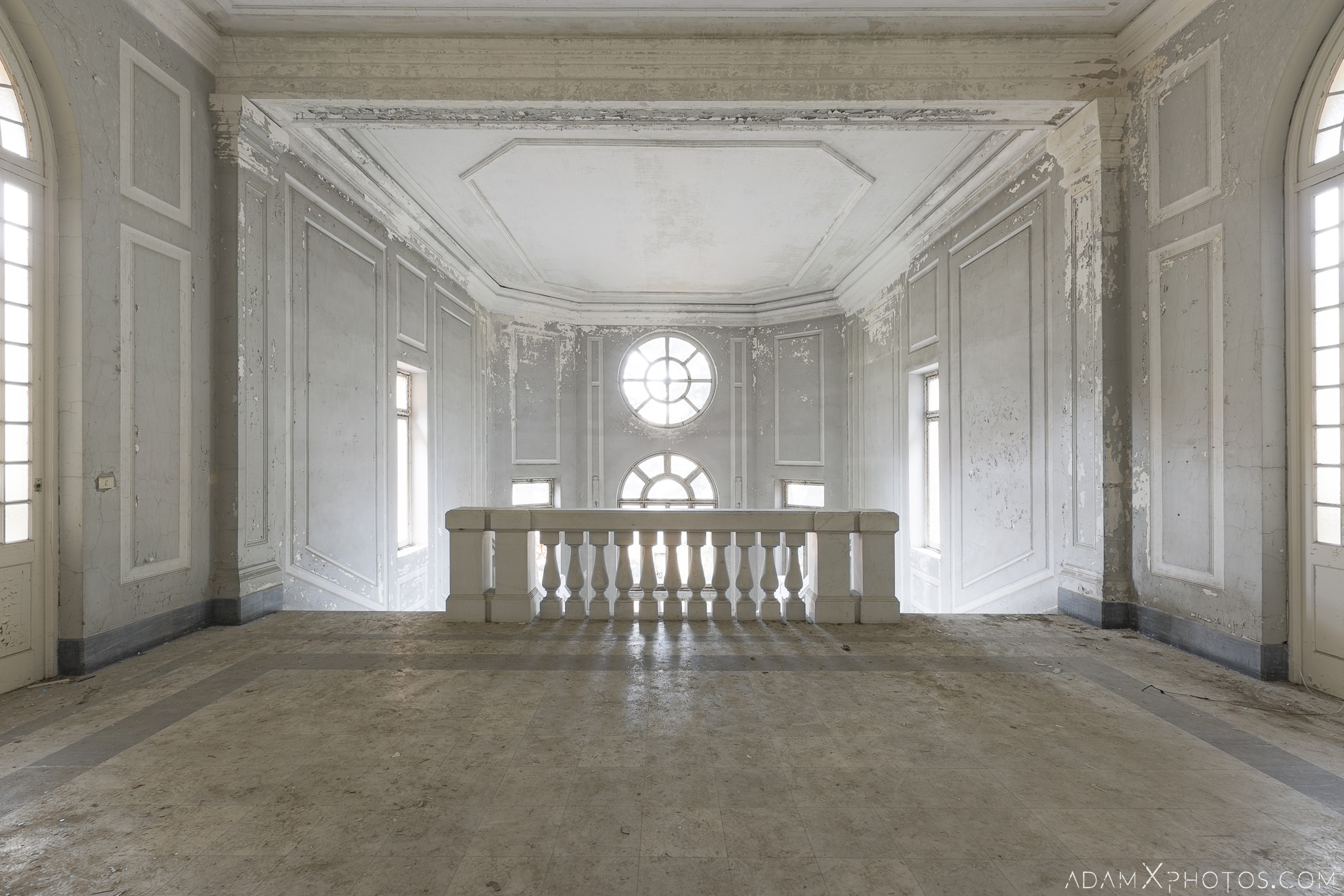 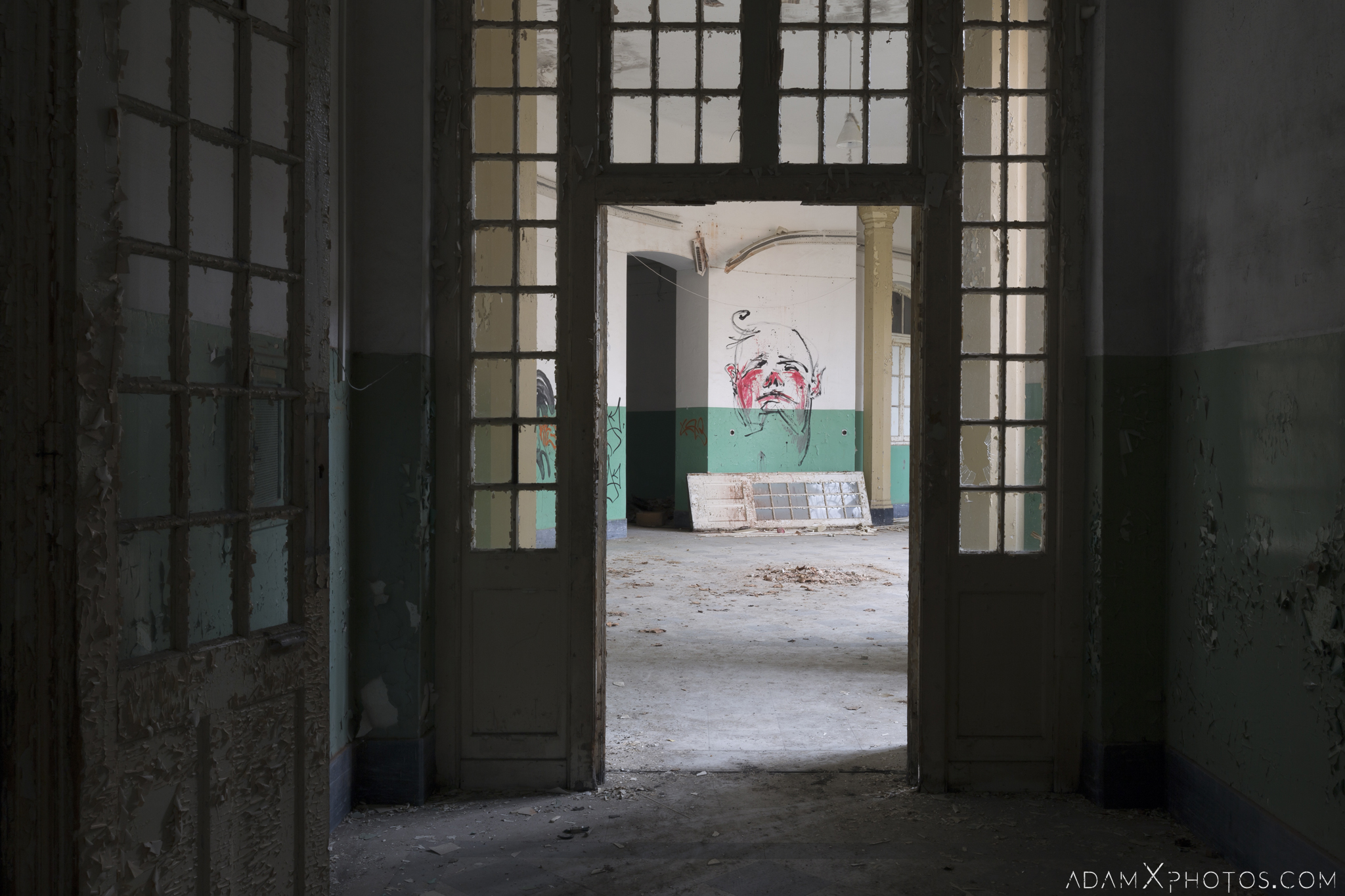 I also loved this piece of graffiti / artwork, which strongly reminded me of Jenny Saville’s work. 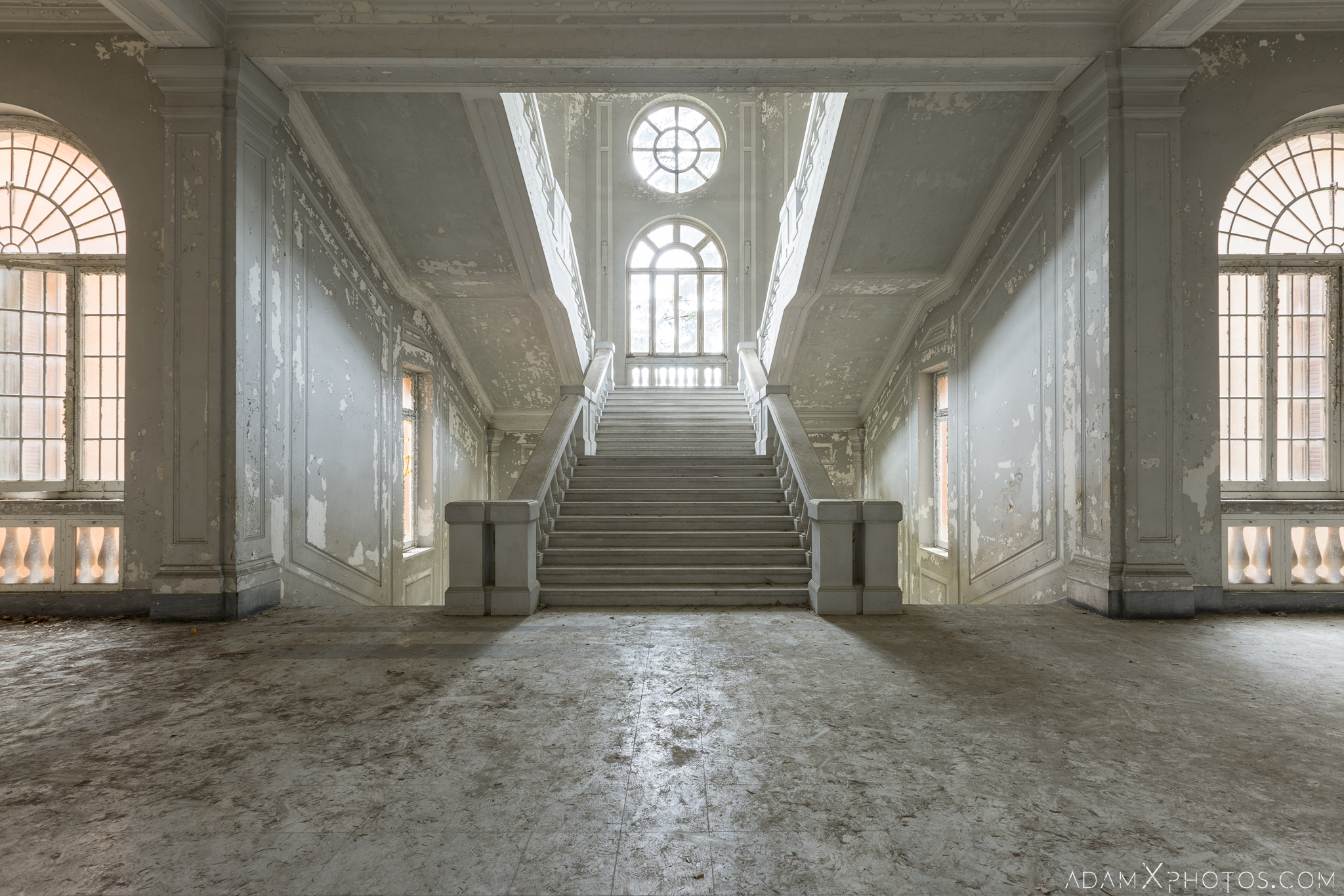 Thanks for flying over.
Adam X