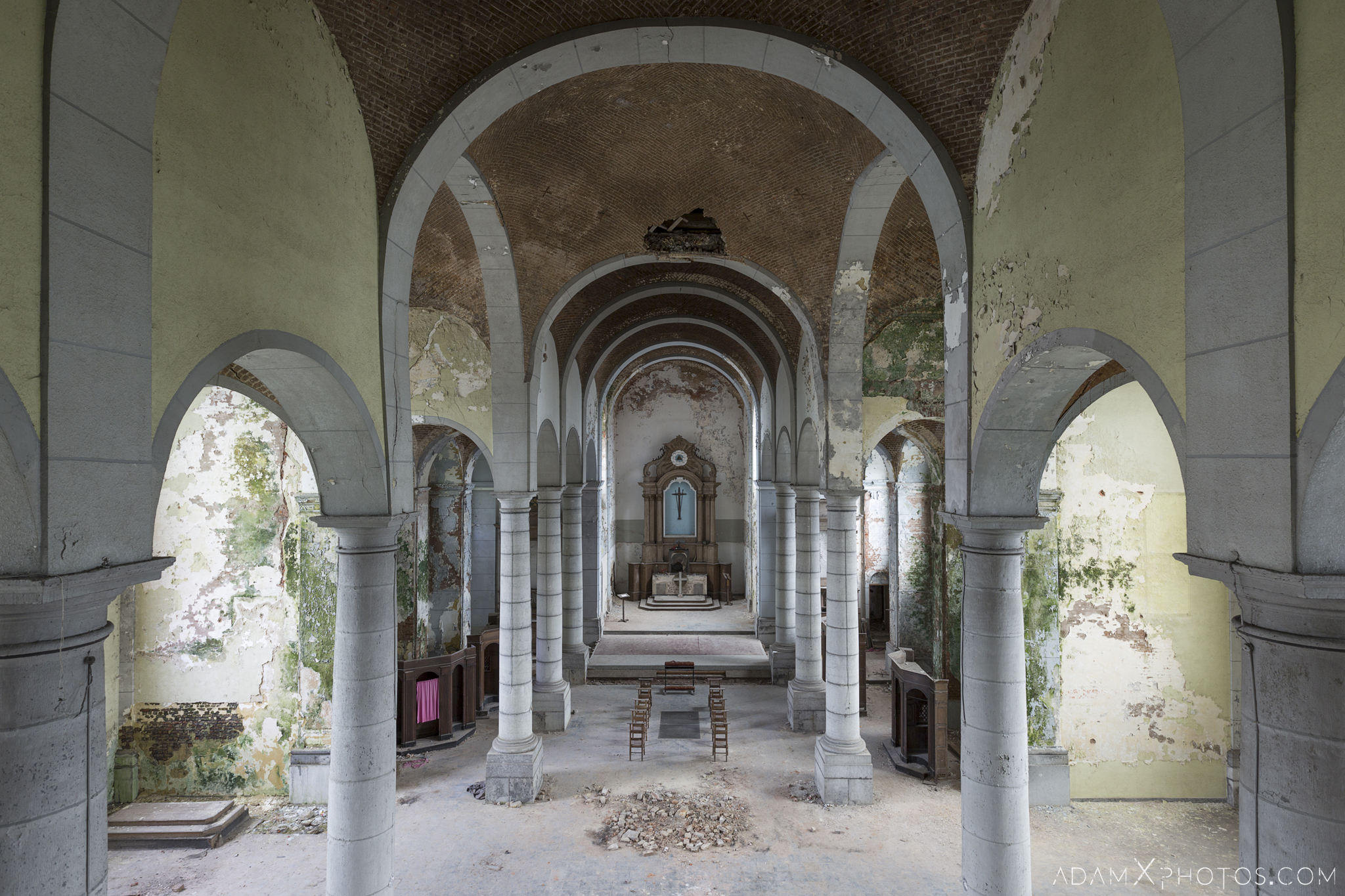 Explore #1 of ‘The Greased Otters Tour’ with Jeremy, Mark and Tim.

Another long weekend, another jaunt around decaying goodness. After assembling from the four corners of the world (Blackpool, London, Norwich, and Wales) we made the usual middle-of-the-night eurotunnel crossing and headed to Belgium. First stop at dawn was this beautifully decayed church which I’d failed to get in a few years earlier – this time the gods were smiling…

History
The Church of Saint-Pierre was first built during the 12th and 13th centuries, although only the Romanesque sandstone and limestone tower survived extensive rebuilding in the neoclassical style in 1756.

Unfortunately the church suffered from dry rot, and was severely damaged by an earthquake which hit the Liège region in 1983. This caused the church to close a few years later for safety reasons, and the building has lain disused and deteriorating ever since, with the authorities eventually recognising that renovation was unfeasible. After a partial decommissioning in 2015, all but the Romanesque tower (which is a classified monument) were demolished at the end of 2017.

Our Explore
Access certainly got the heart pumping at 5am, involving a climb up onto a decaying broken window ledge, and then sliding inside onto the top of a 5-metre rickety wooden ladder which had been tied onto the twisted remains of the broken stained glass window, then climbing down into the church. We did the sensible thing and let Jeremy (the youngest and lightest of our group) go first! 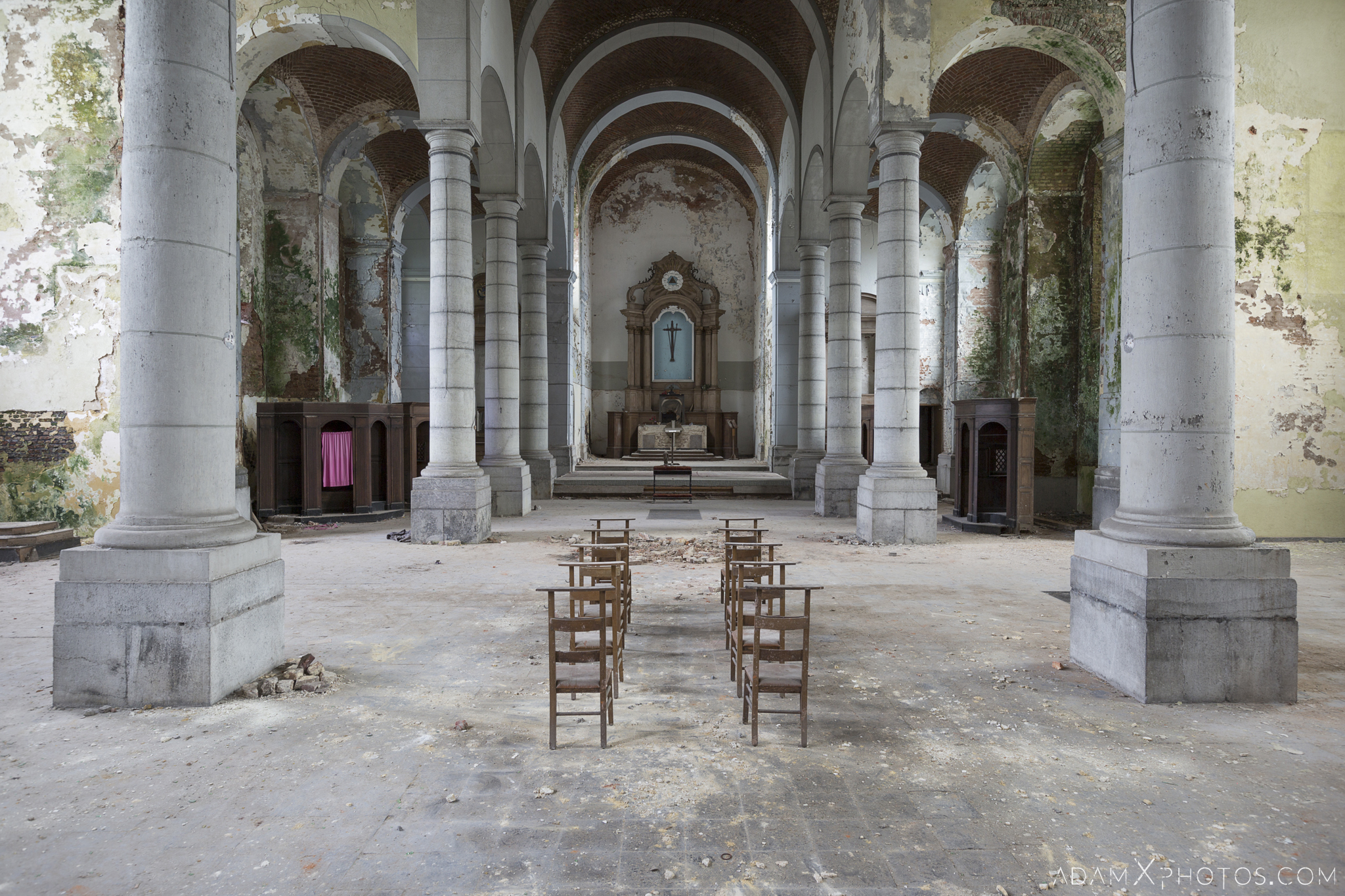 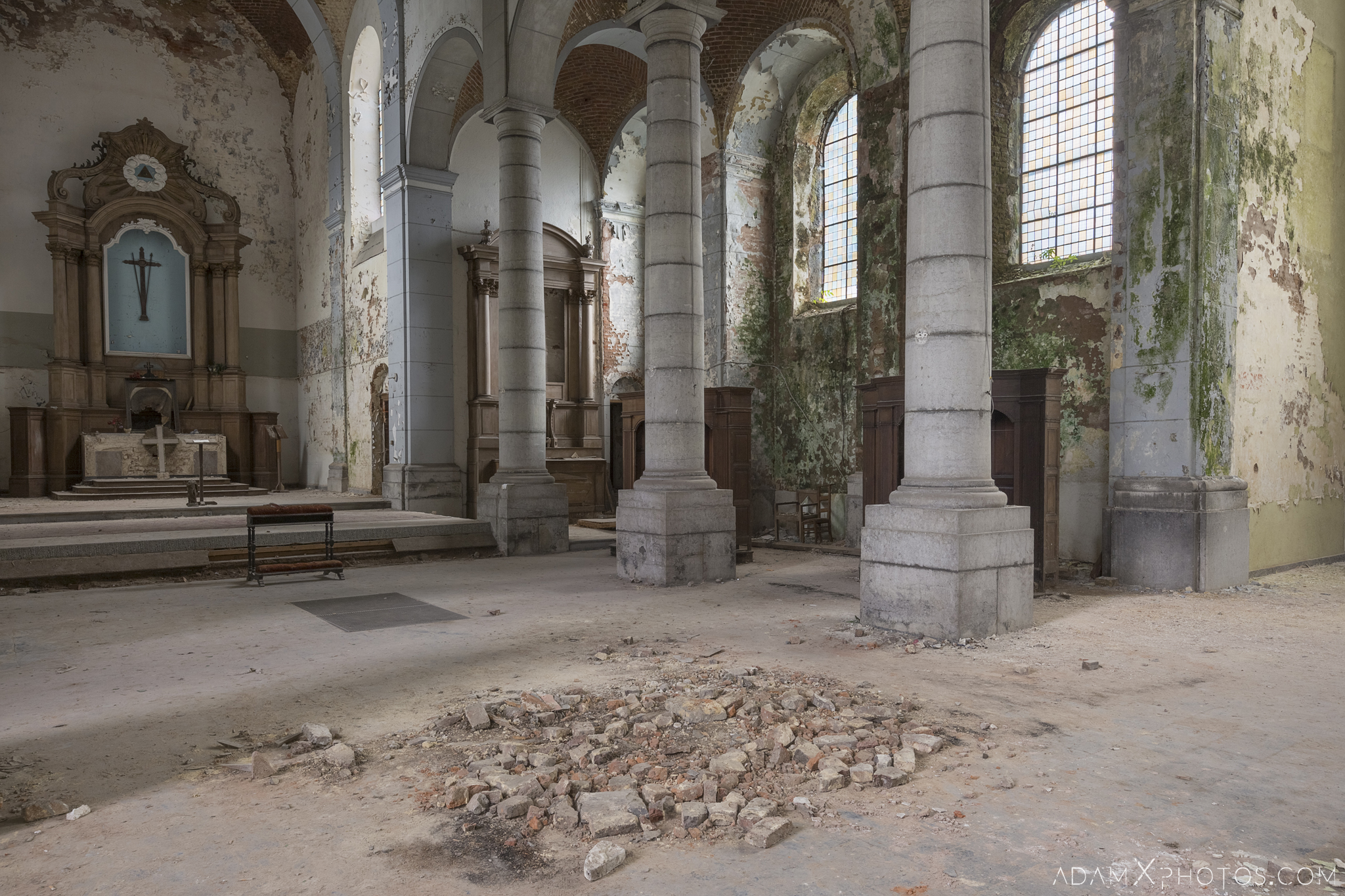 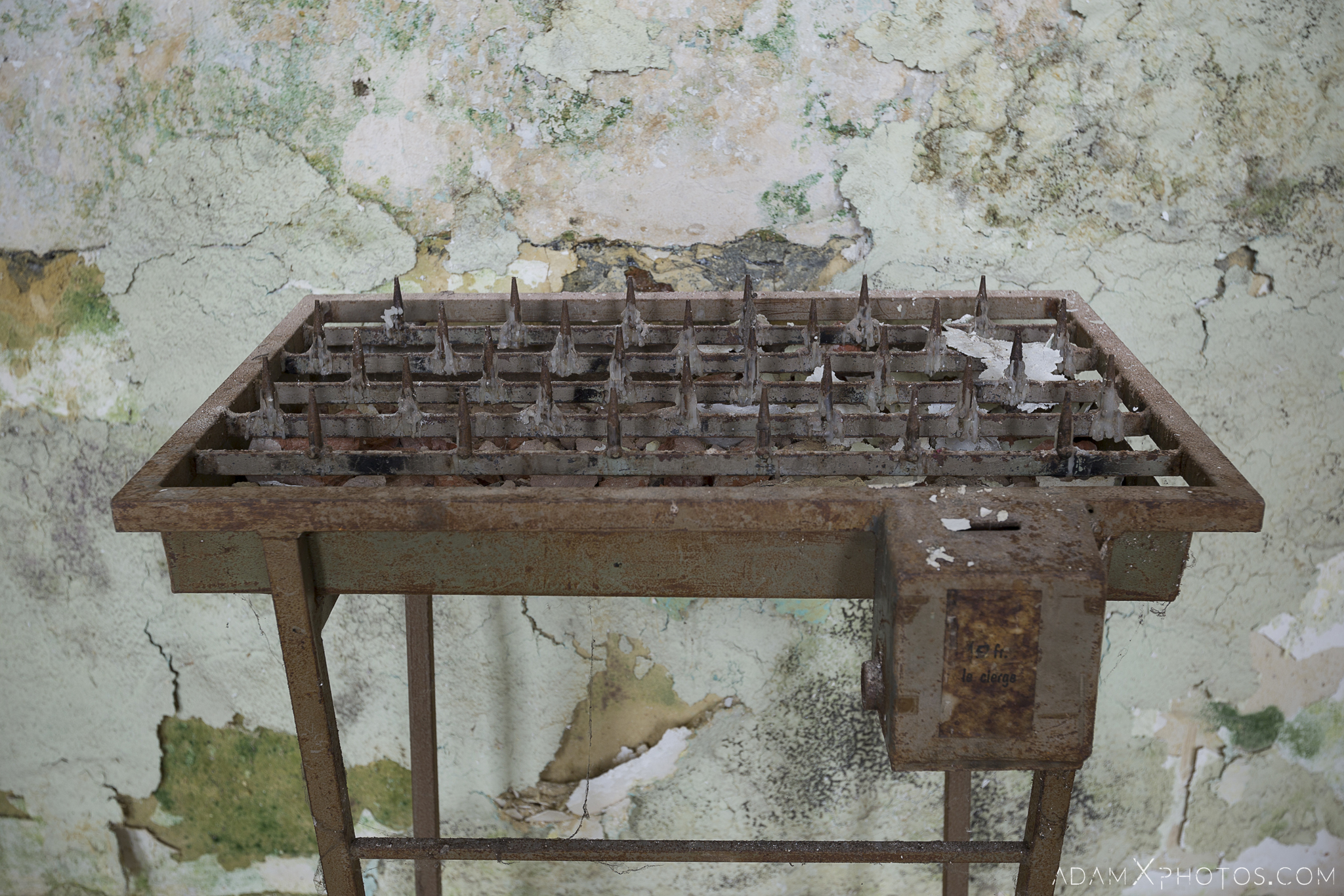 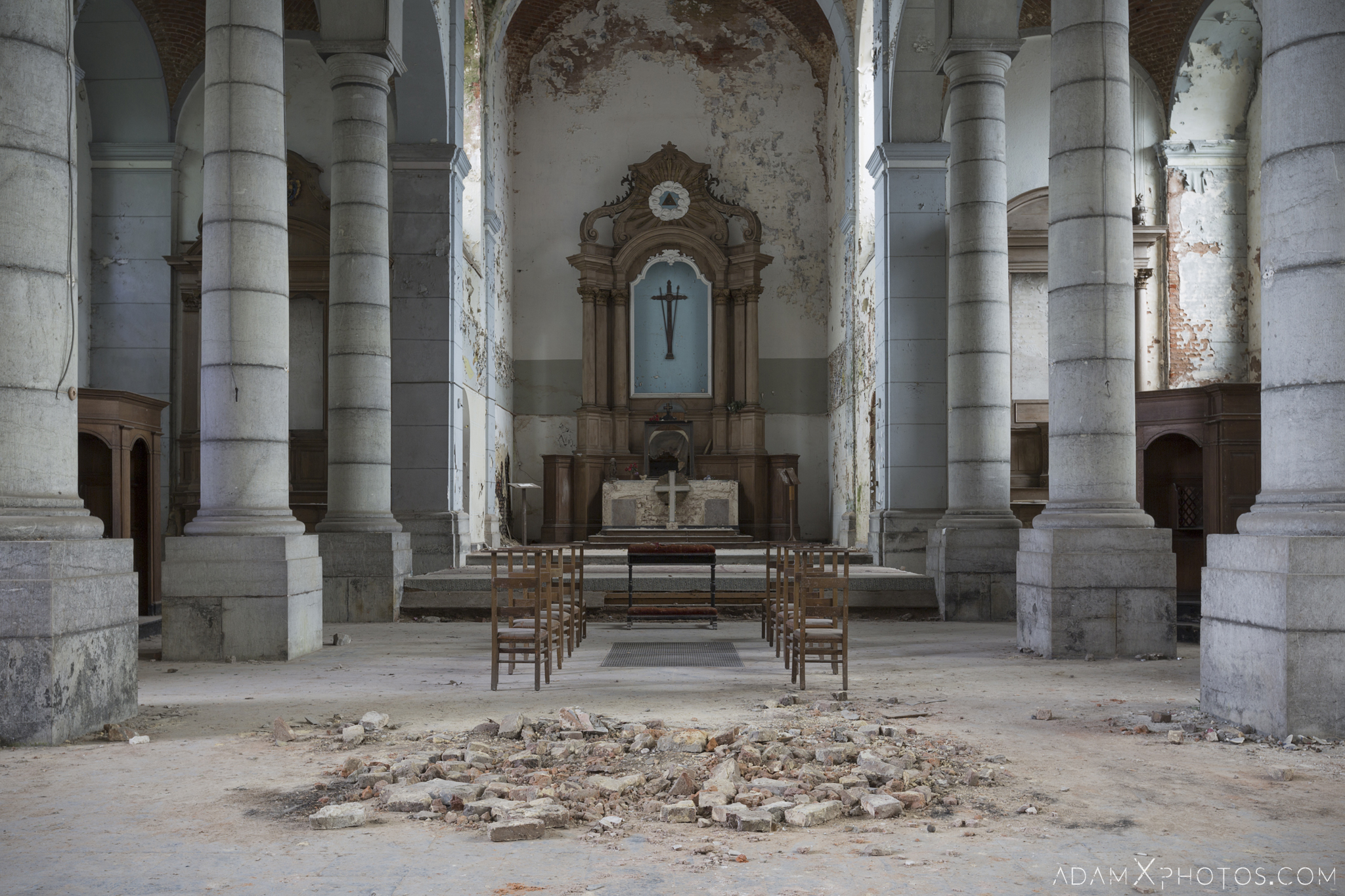 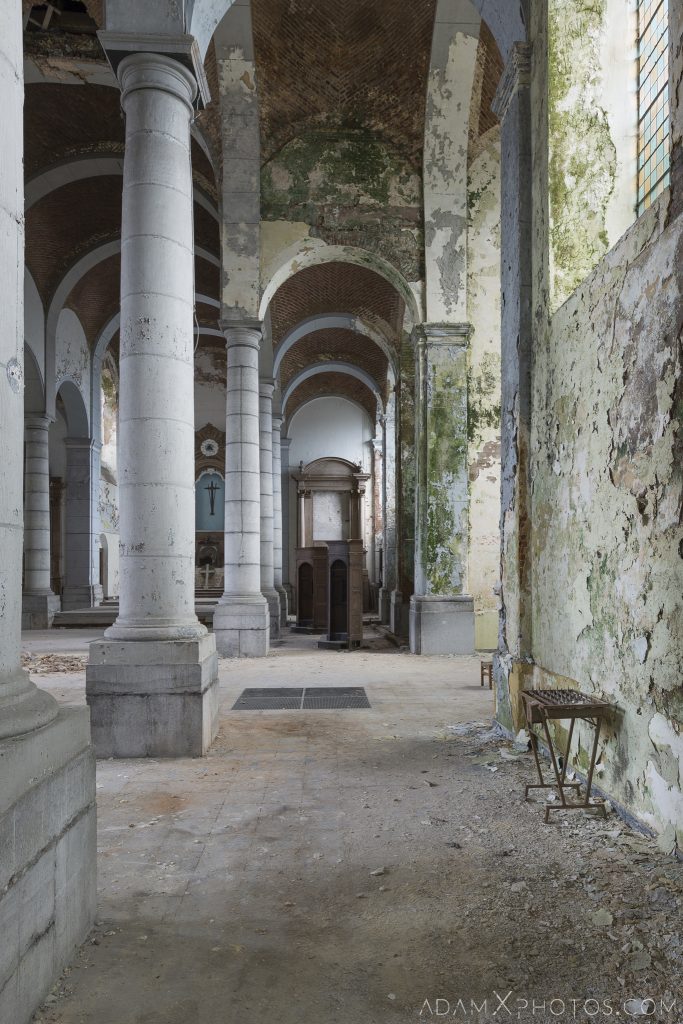 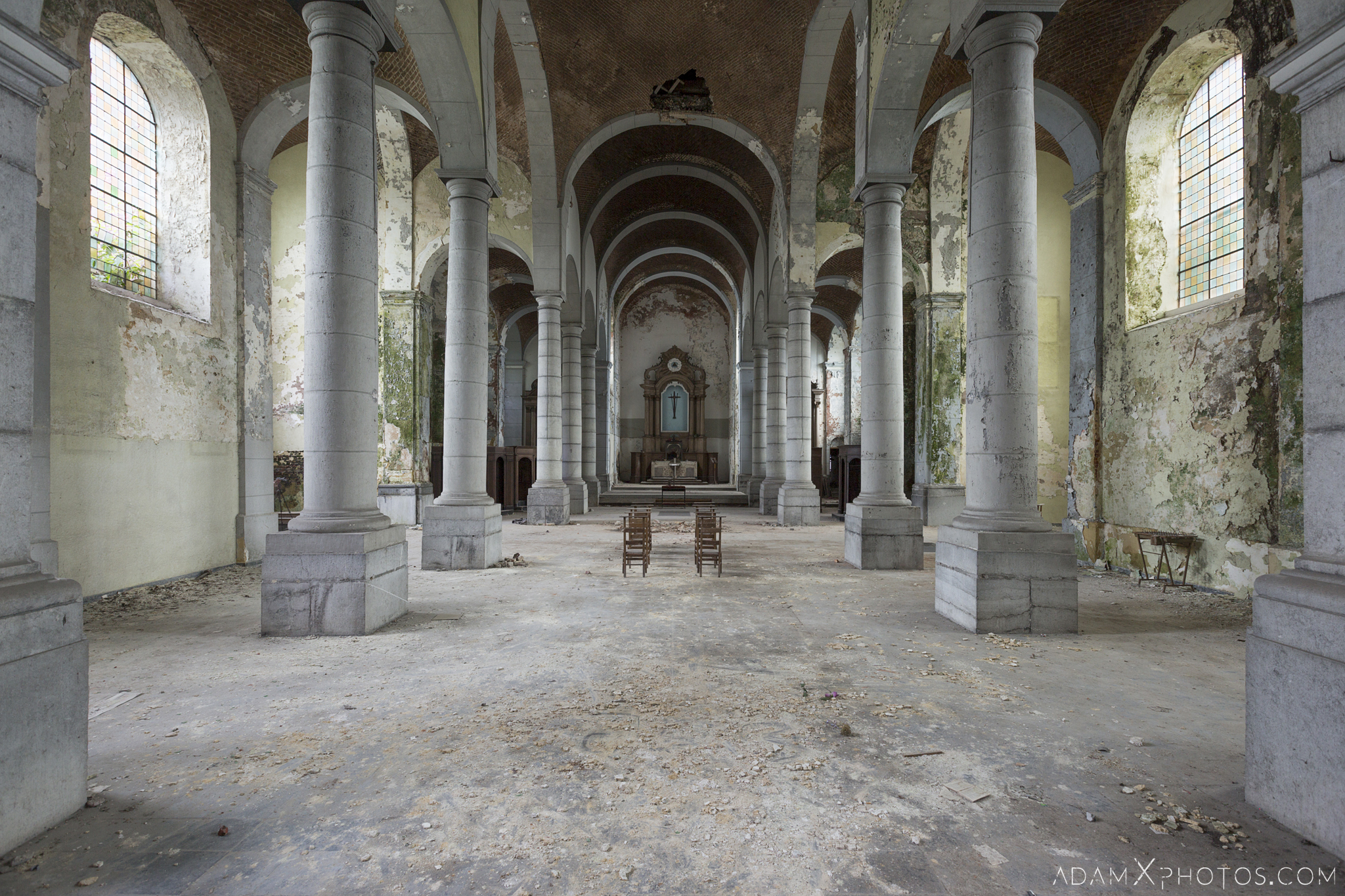 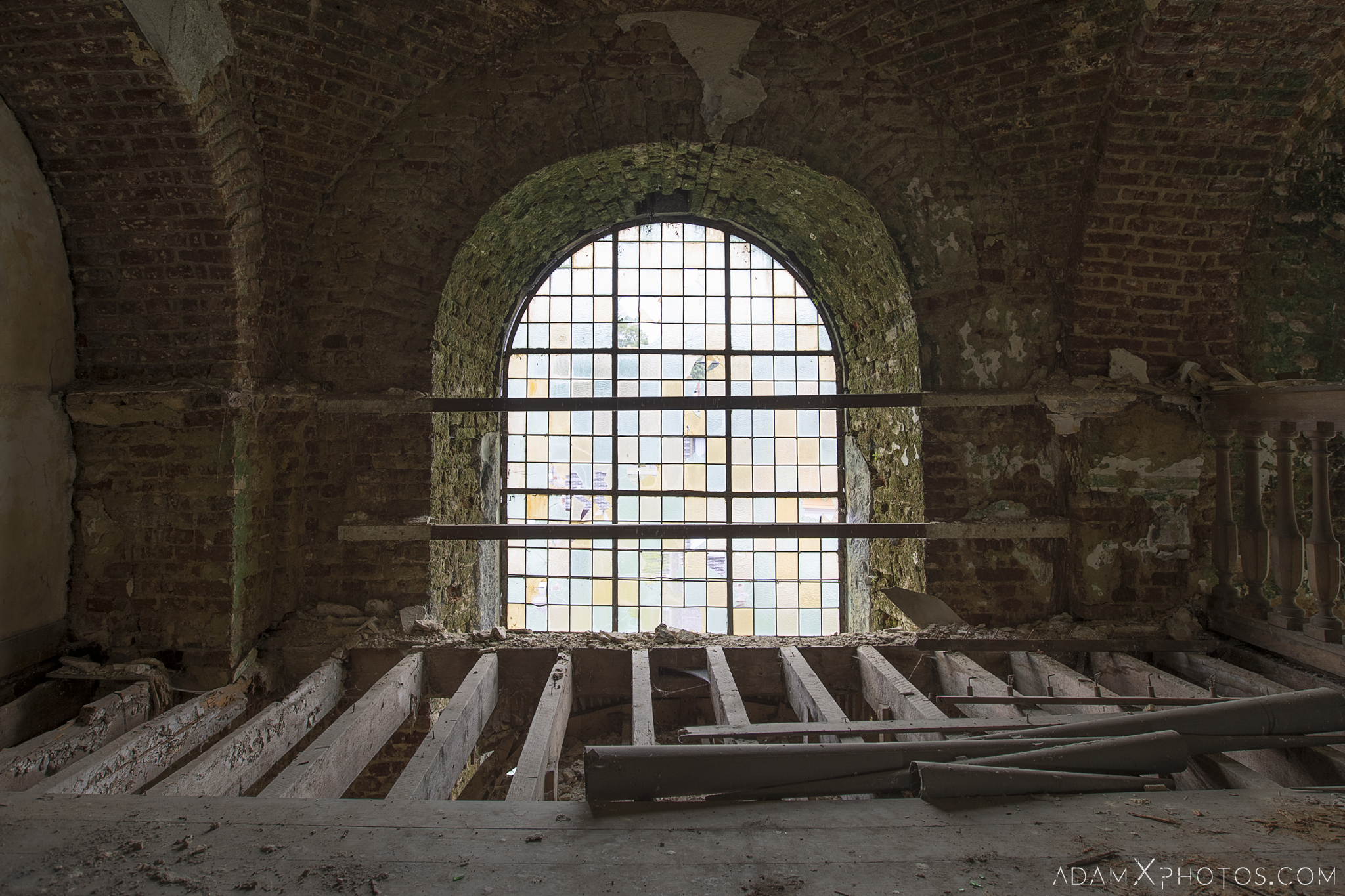 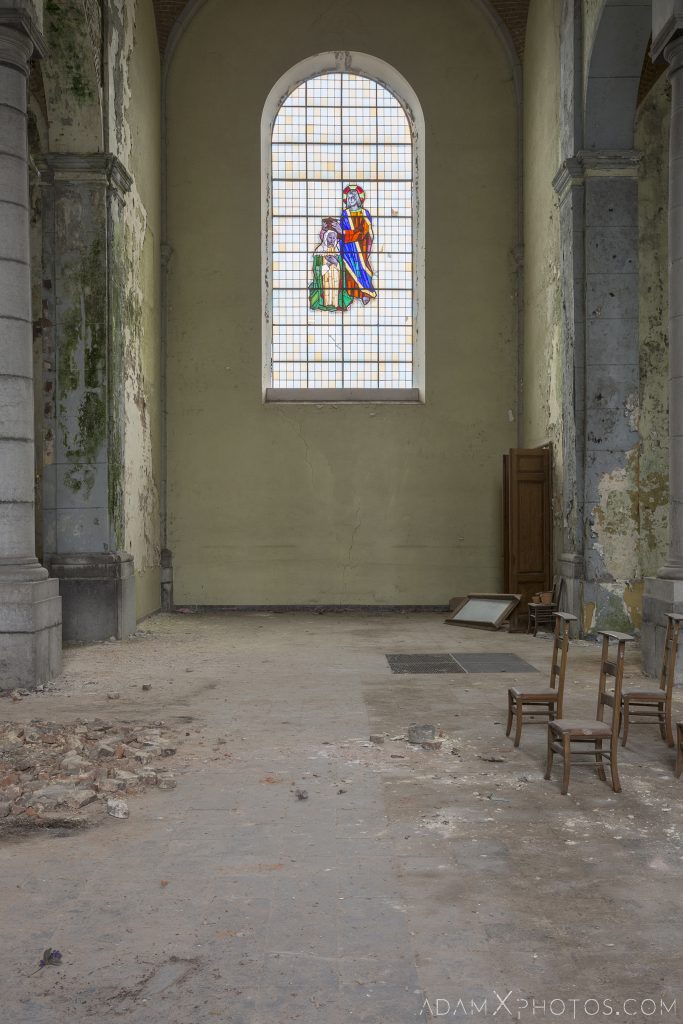 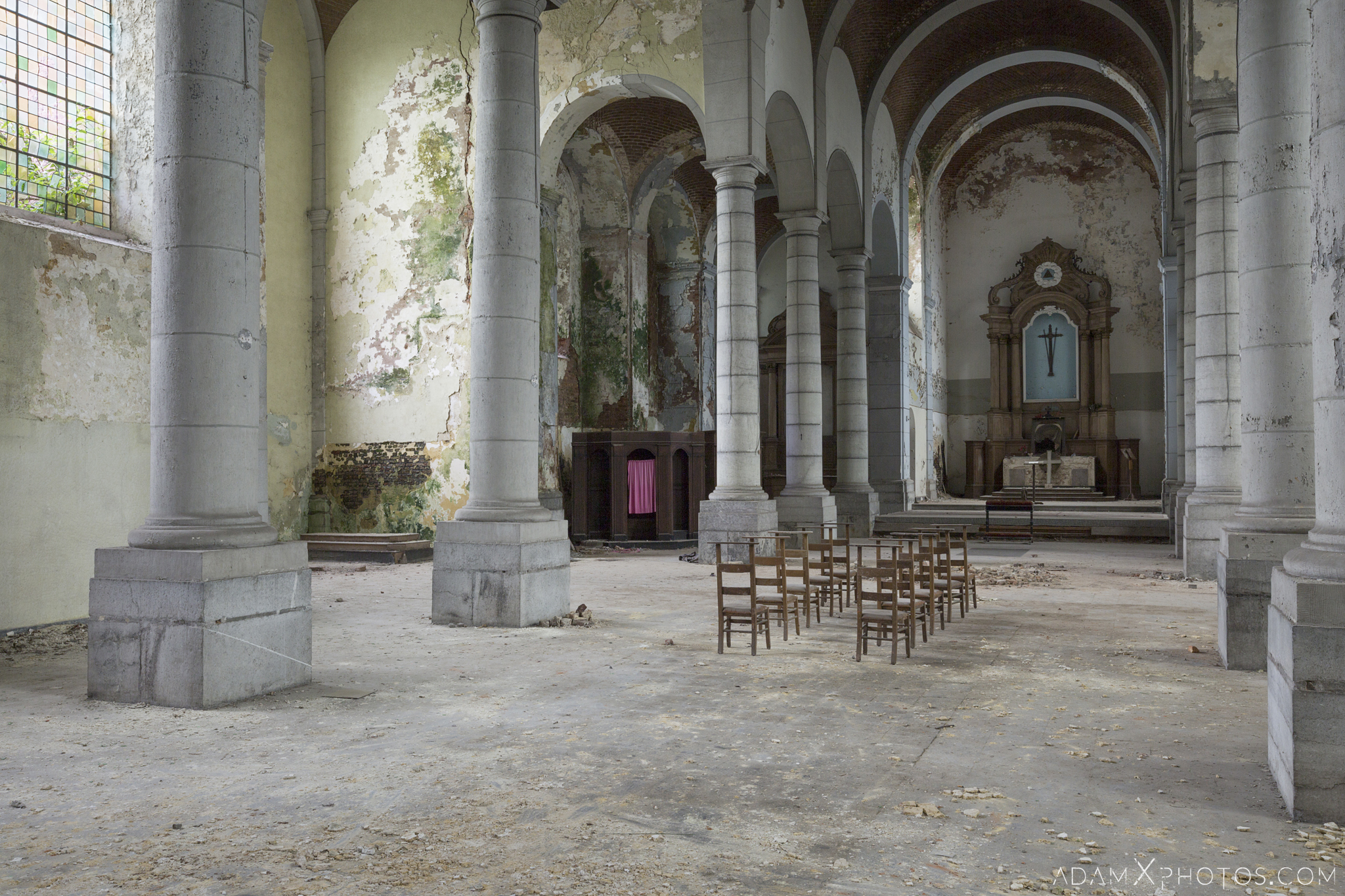 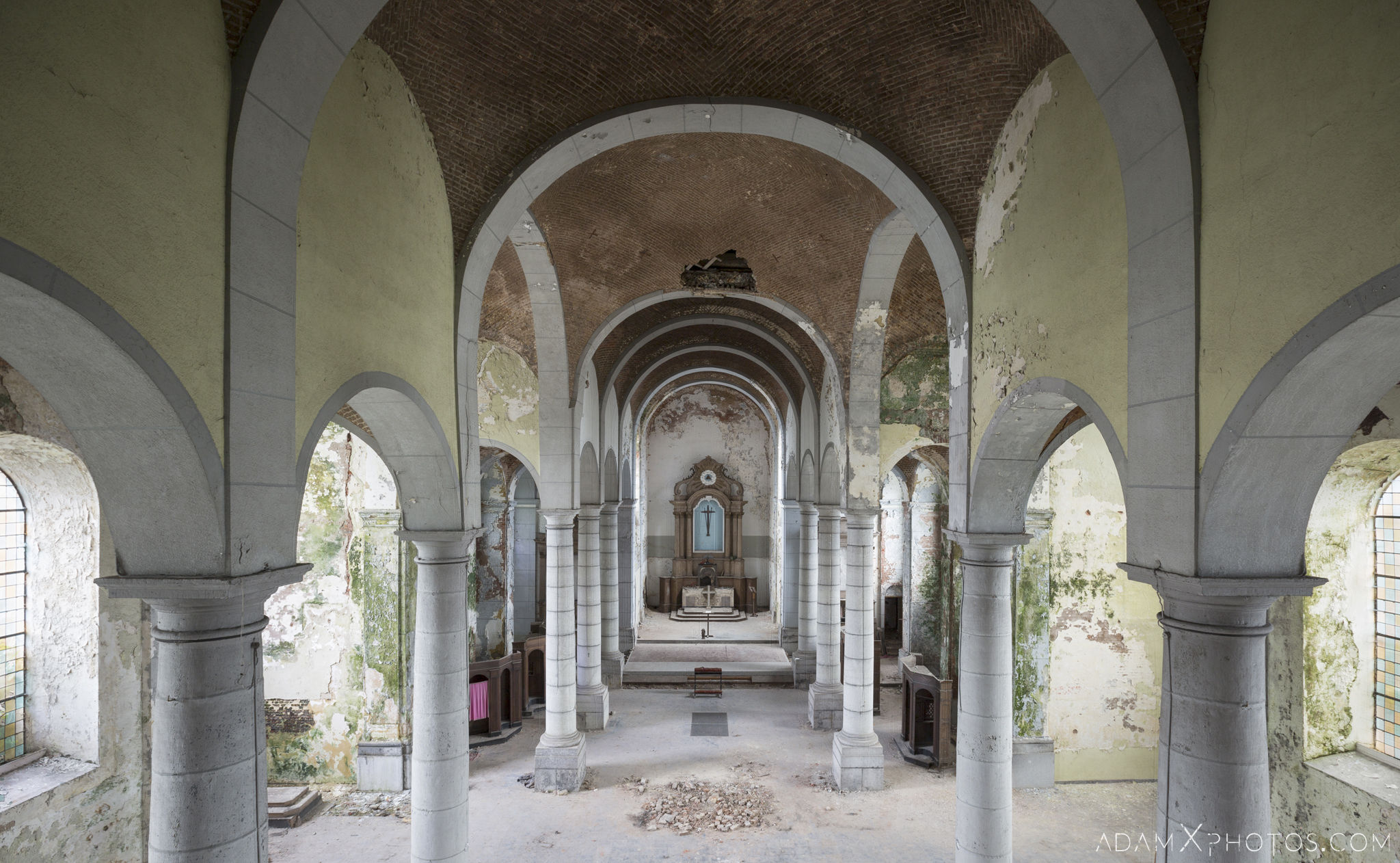 …and we finished off our explore with a quick team shot. 🙂 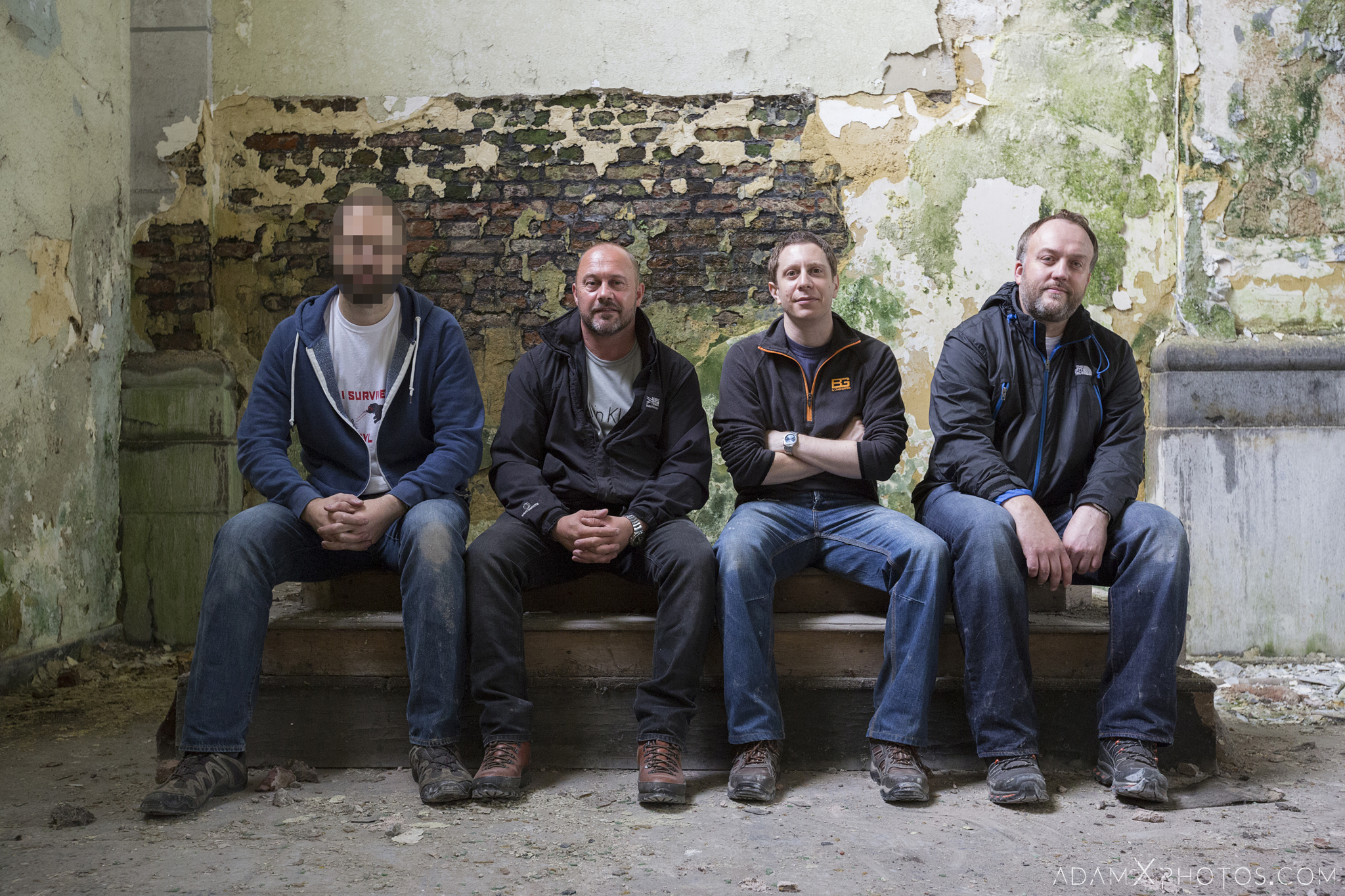 I really enjoyed this explore, and was glad that we’d made the effort when I heard of its demolition only a few weeks later.

Peace be with you.
Adam X