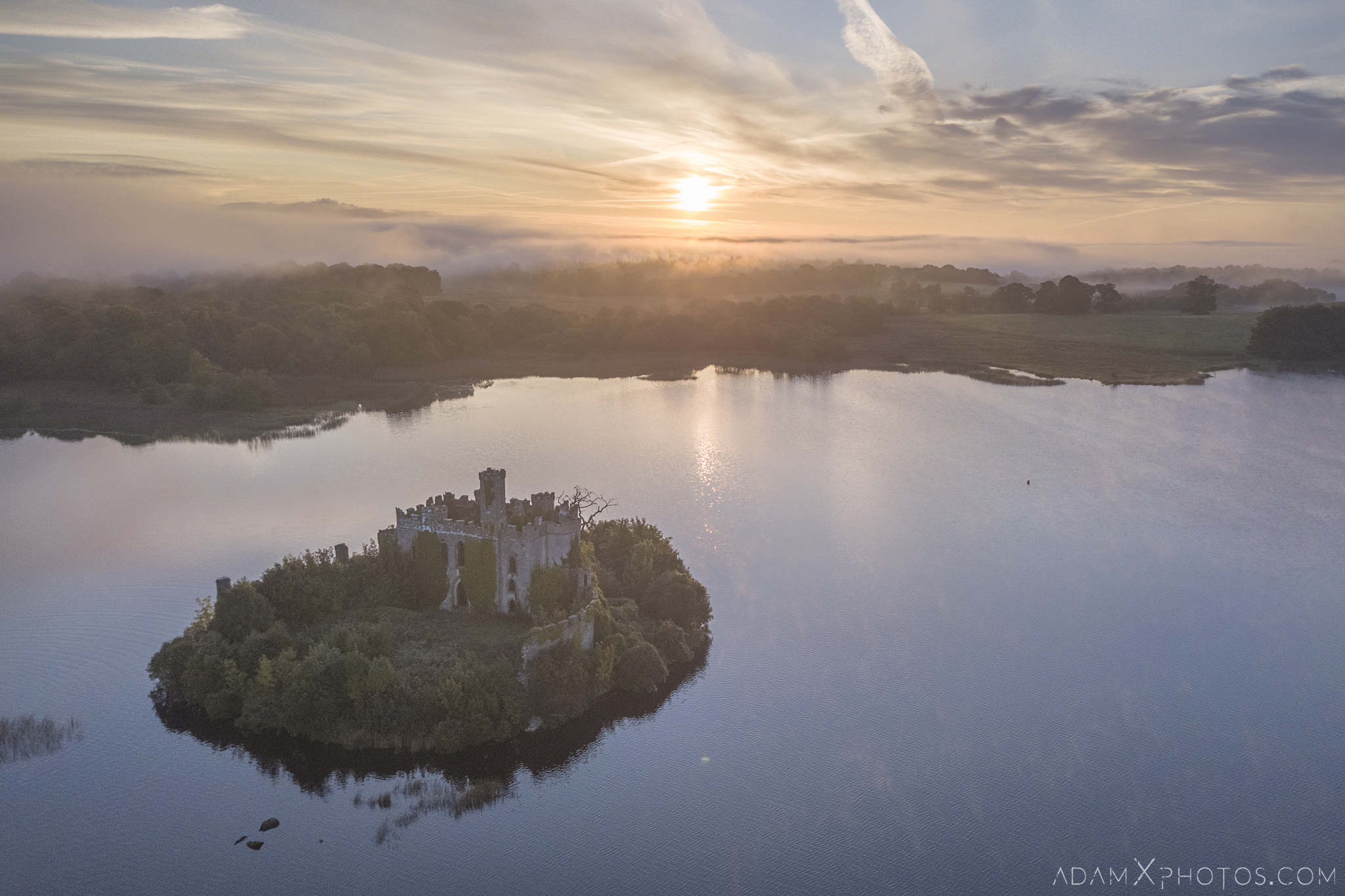 Explore #3 of the ‘Almost Died Tour’

History
McDermott’s castle stands on Castle Island in Lough Key, County Roscommon. The Mac Diarmada (McDermott) ruling dynasty first built a castle on the site in the 12th century, and repeatedly came under seige in the 13th century.

The McDermotts lost the island in 1586, and the current folly castle was constructed circa 1800 by the King family during their reign as one of the largest landowning families in Ireland. It was built as a summer house and burned down during the Second World War, laying disused and decaying ever since despite being listed as a National Monument of Ireland.

Our Explore
We arrived by the lake edge just as the late summer sun was starting to set… perfect timing, and I wasted no time in getting my drone in the air. 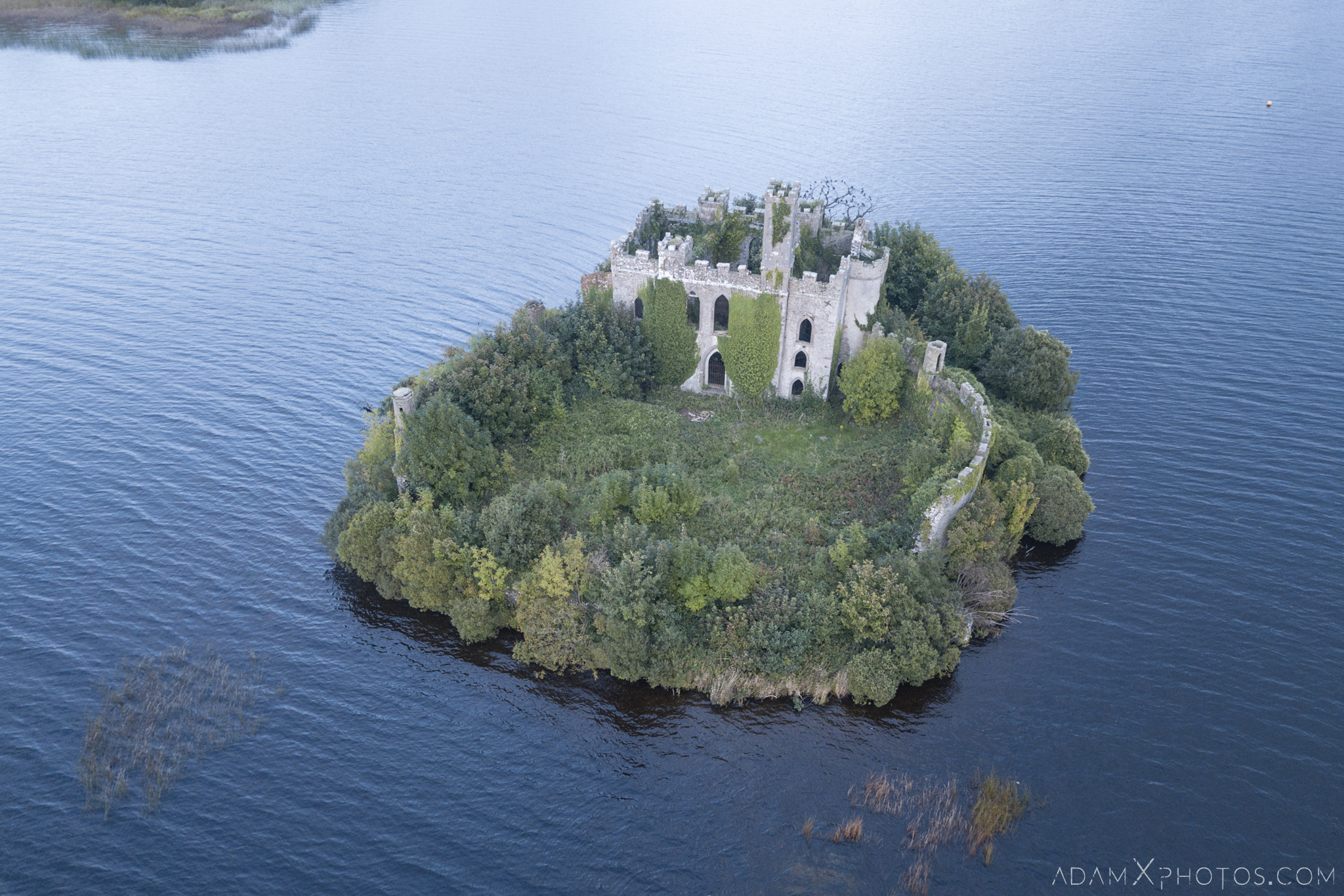 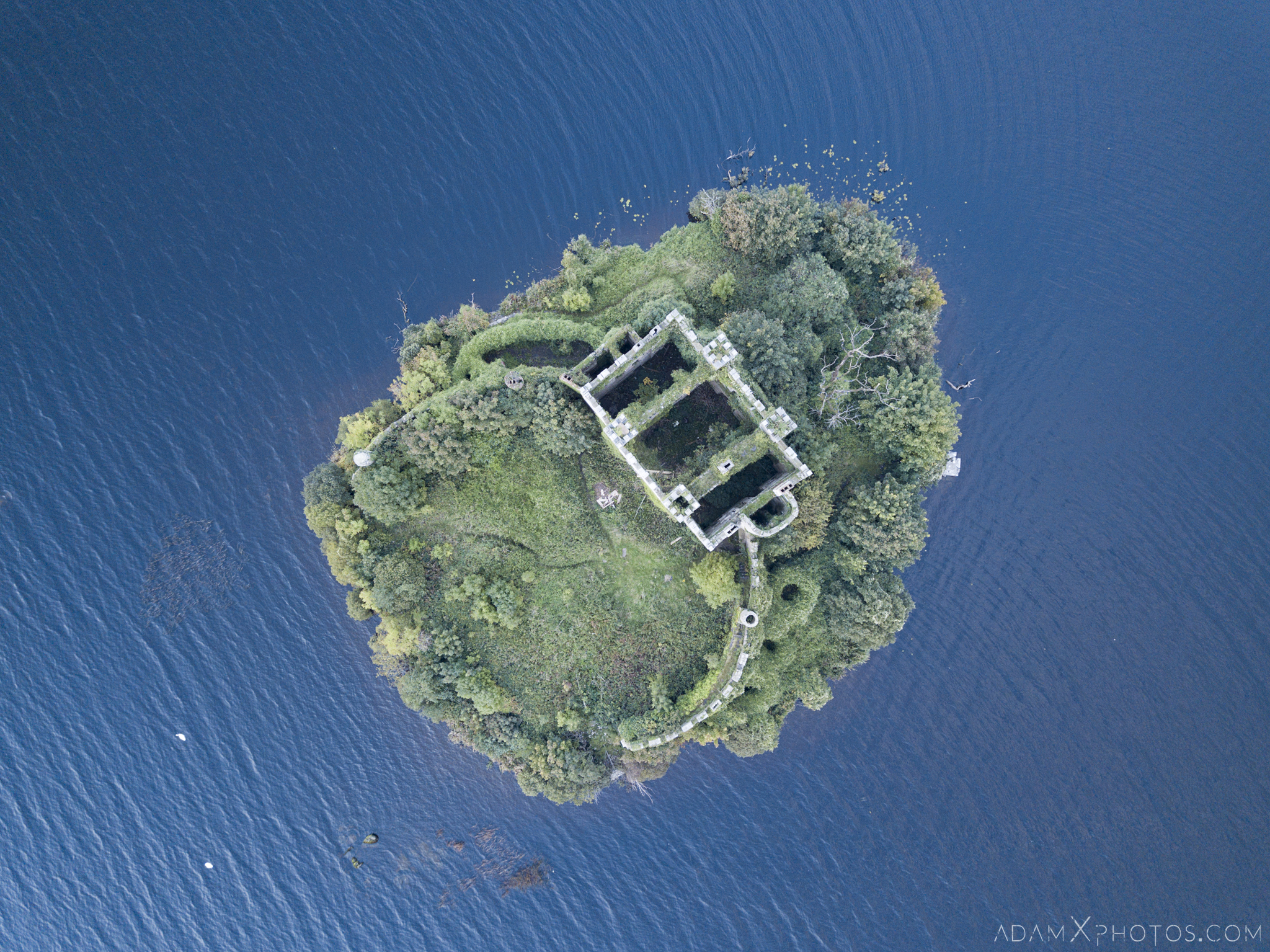 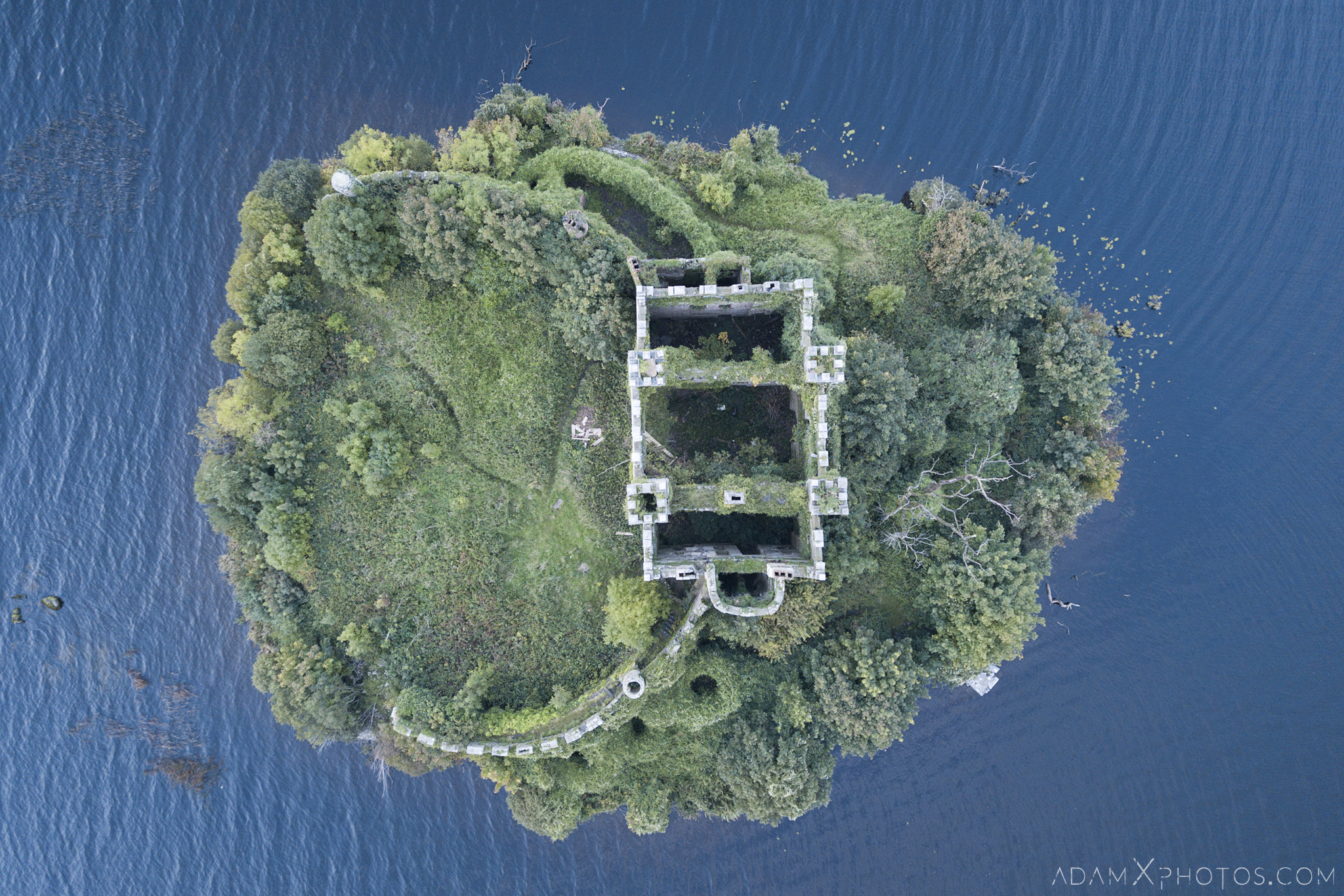 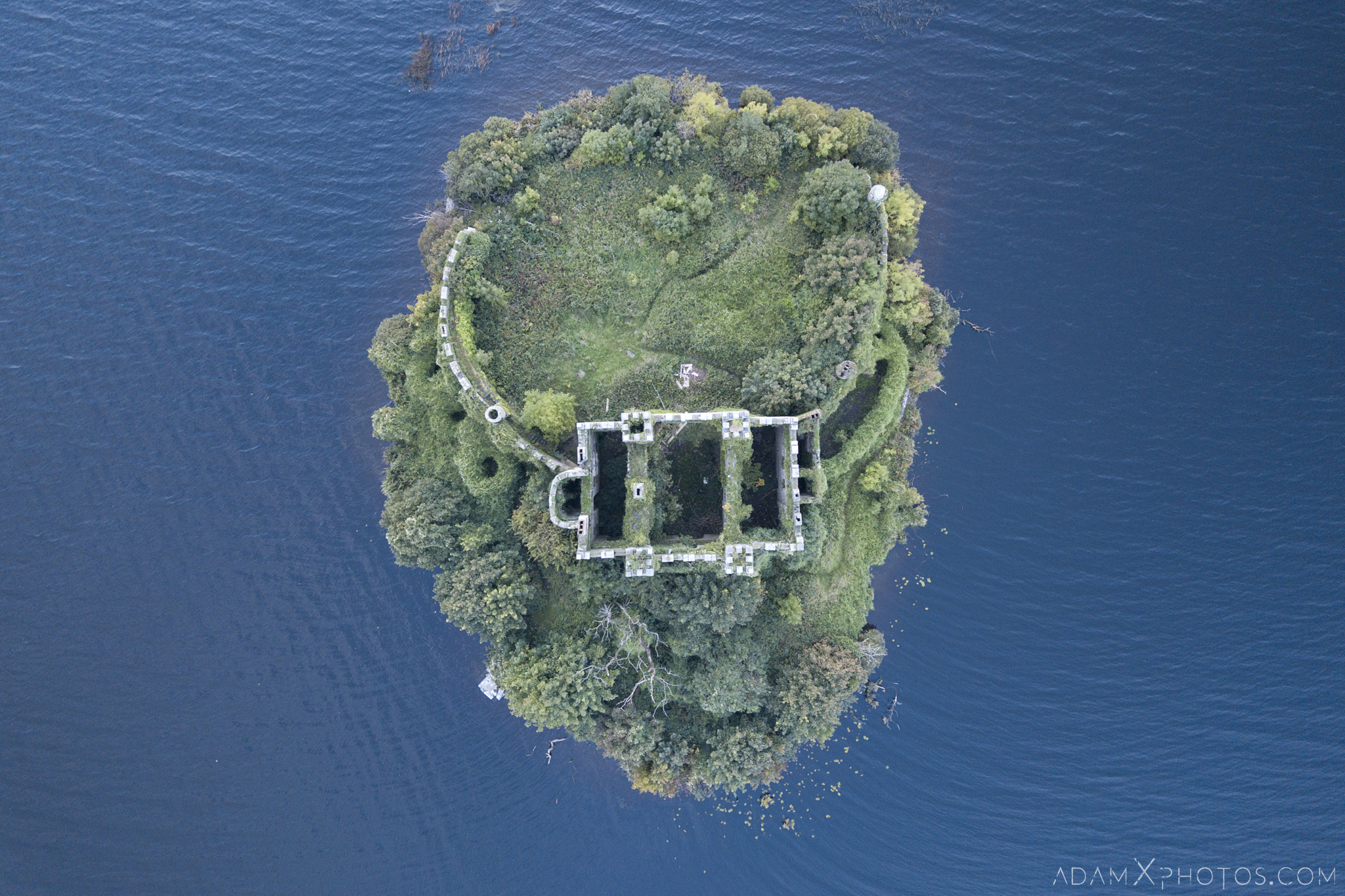 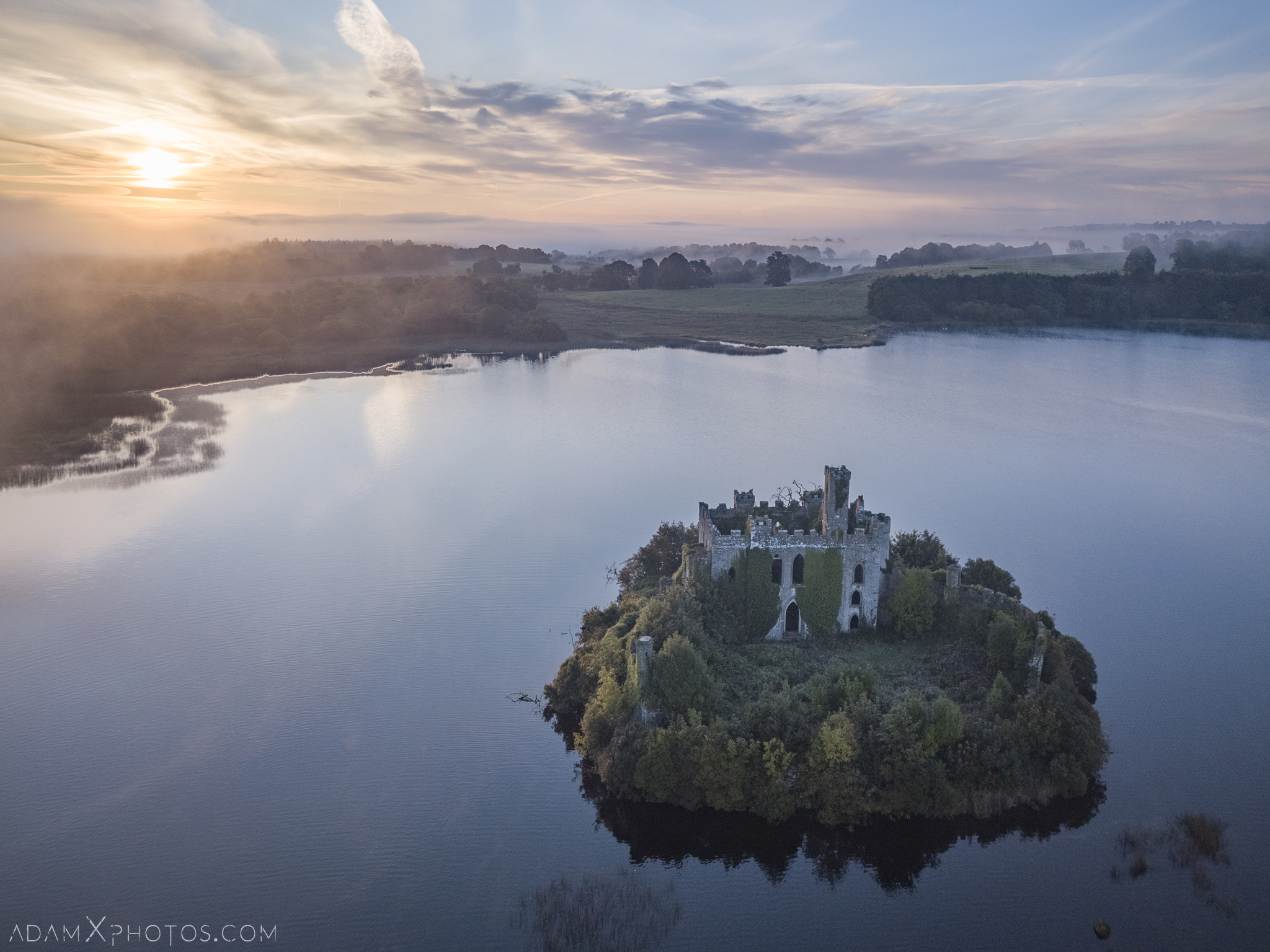 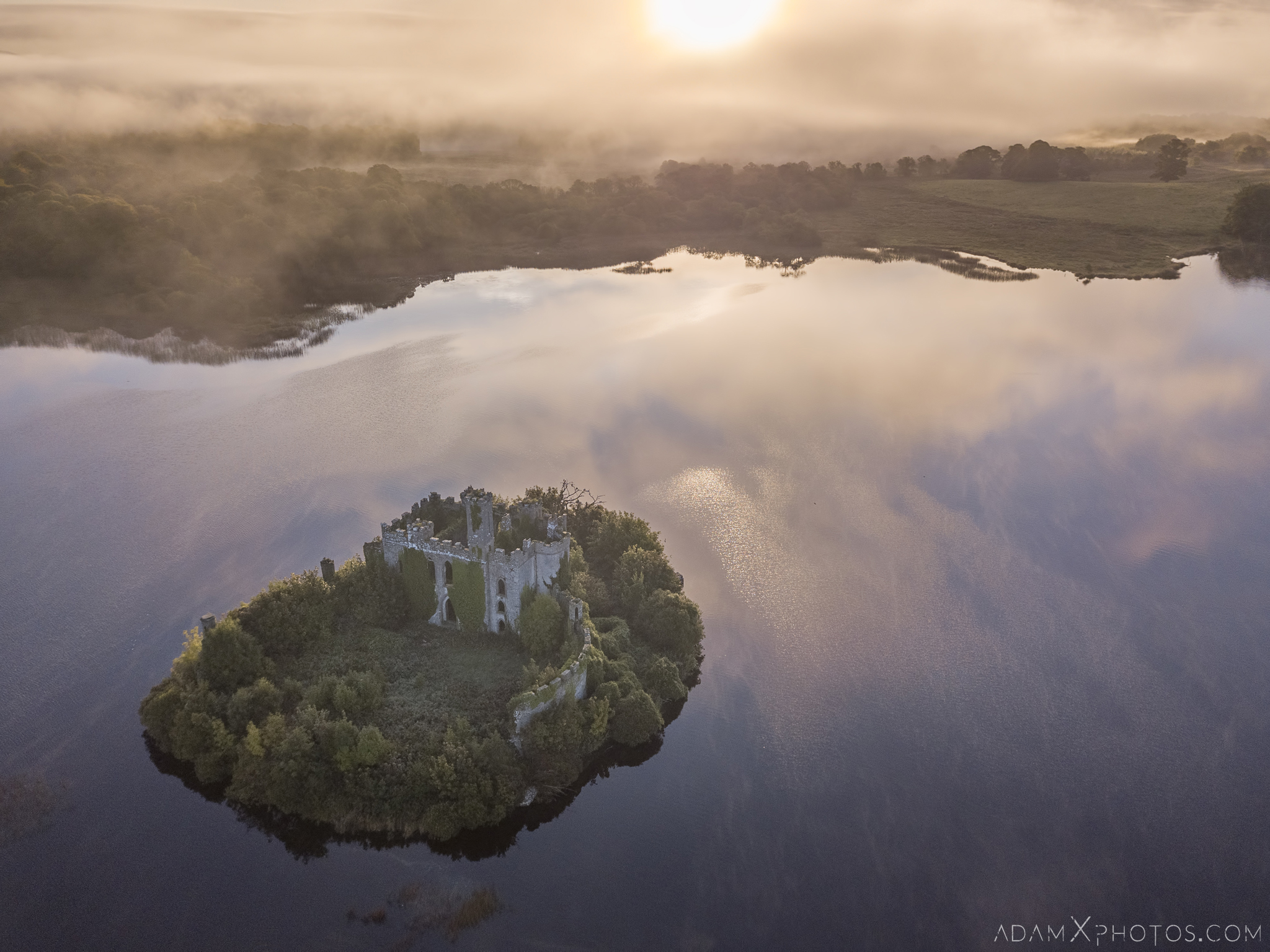 As darkness fell we finally turned out attentions to trying to find somewhere nearby to camp for the night. We struck gold and found a scout campsite nearby which was closed for the winter – it had decent flat ground for camping and the bonus of an area of concrete hard standing with benches which were perfect for our disposable BBQ feast! 🙂 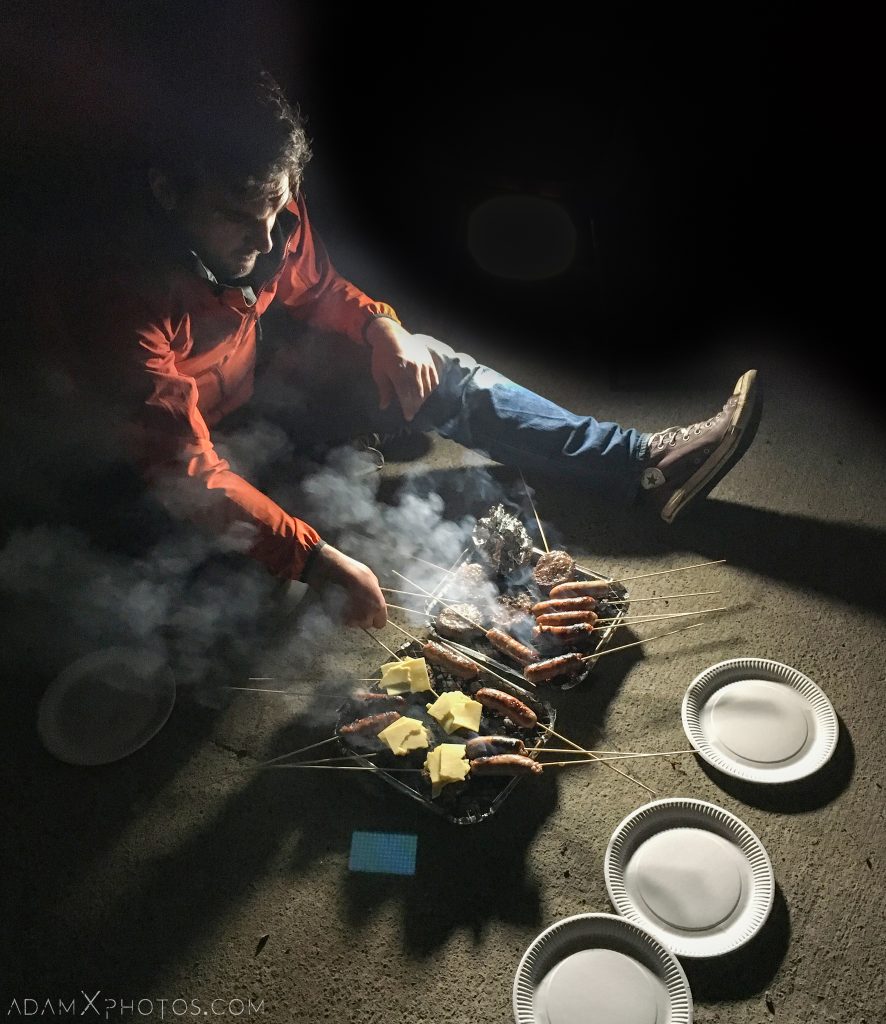 Much wine and rum was consumed, and around midnight the clouds cleared and we all lay down on the benches for some drunken stargazing… it was such a memorable and fun night.

With suitably sore heads, we struggled out of our tents to a cold and misty morning… 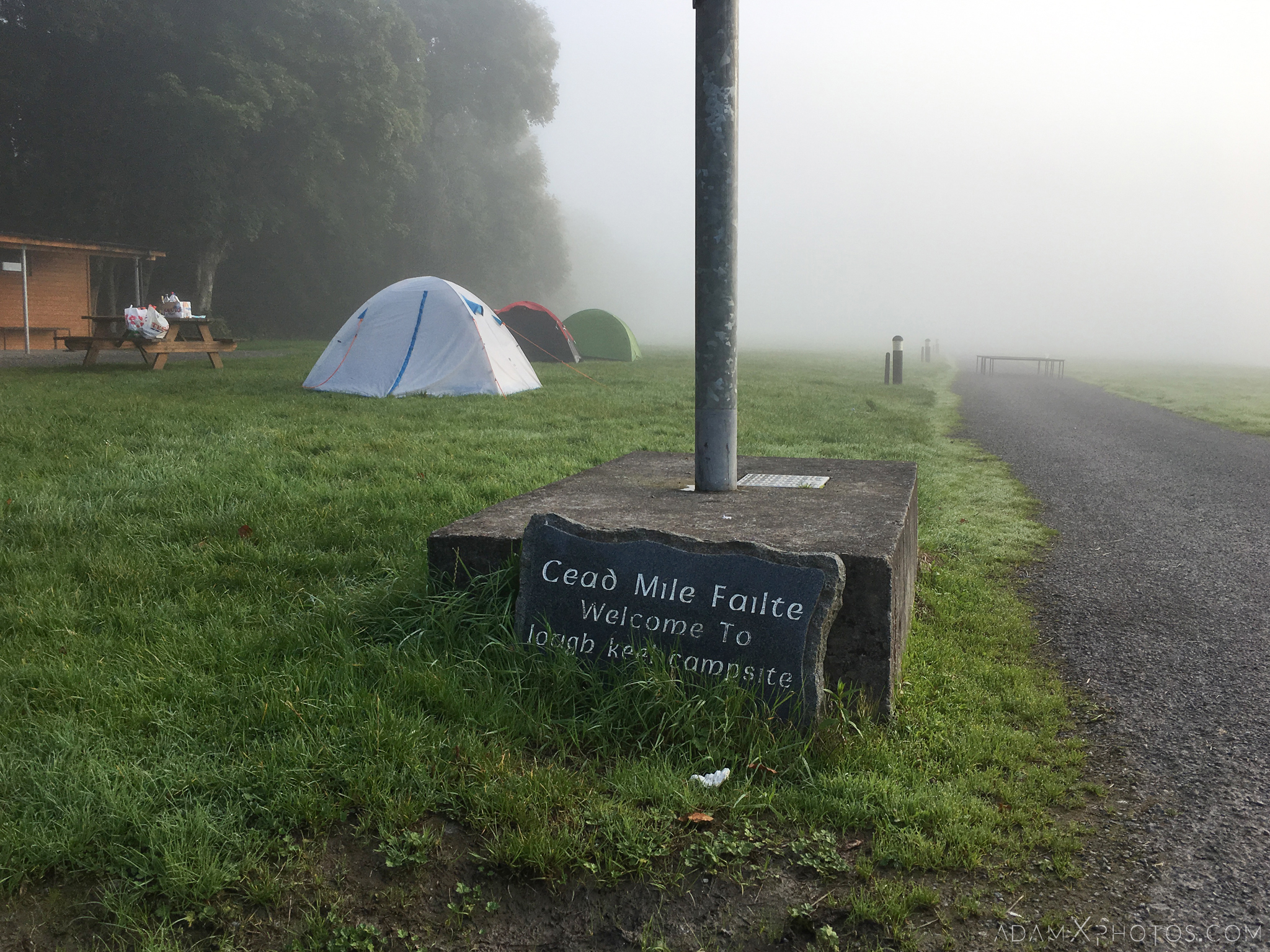 …but were rewarded with some wonderfully atmospheric conditions back at the lake as the mist slowly burnt off. I grabbed a couple of DSLR shots with my telephoto lens… 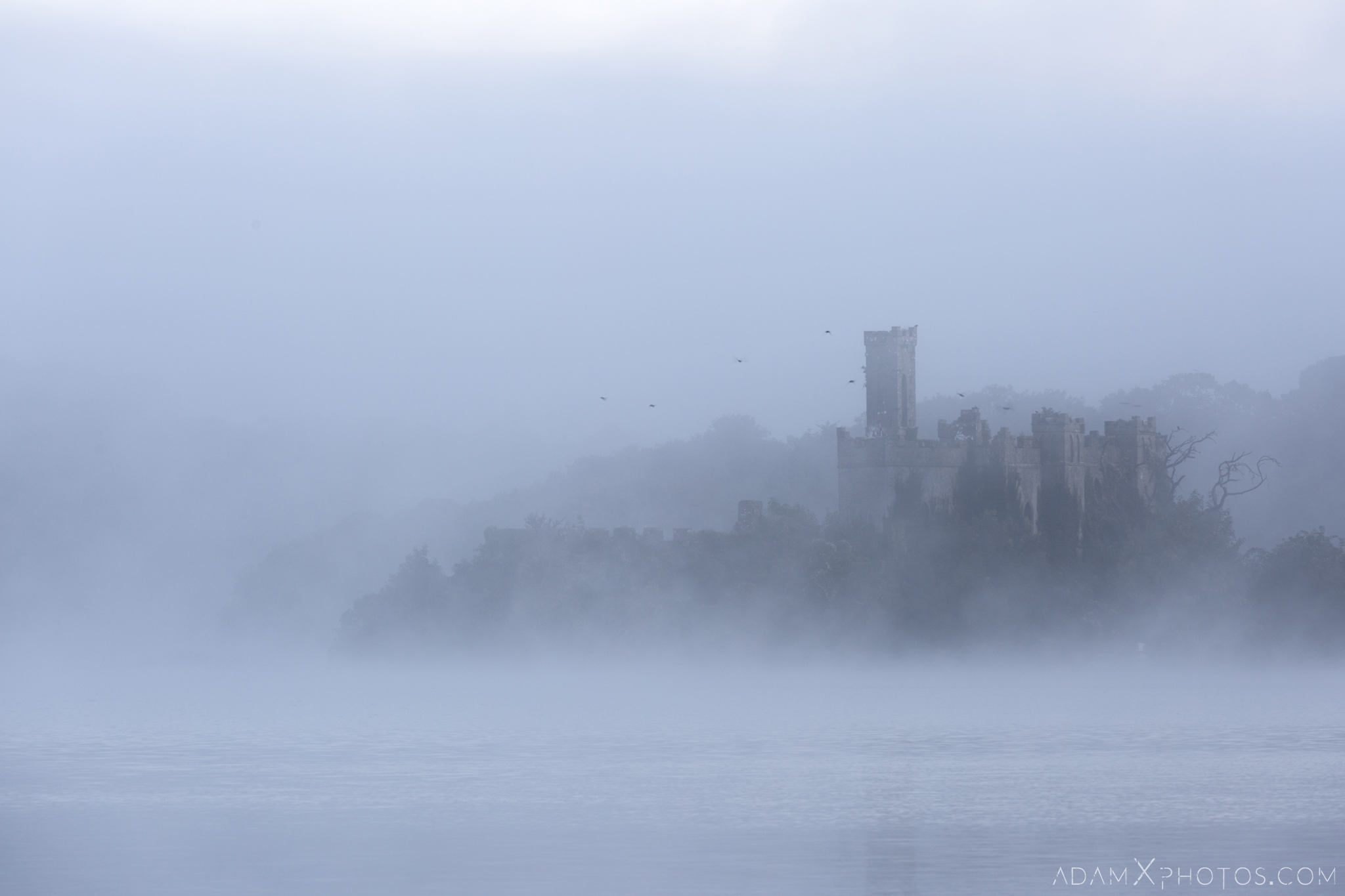 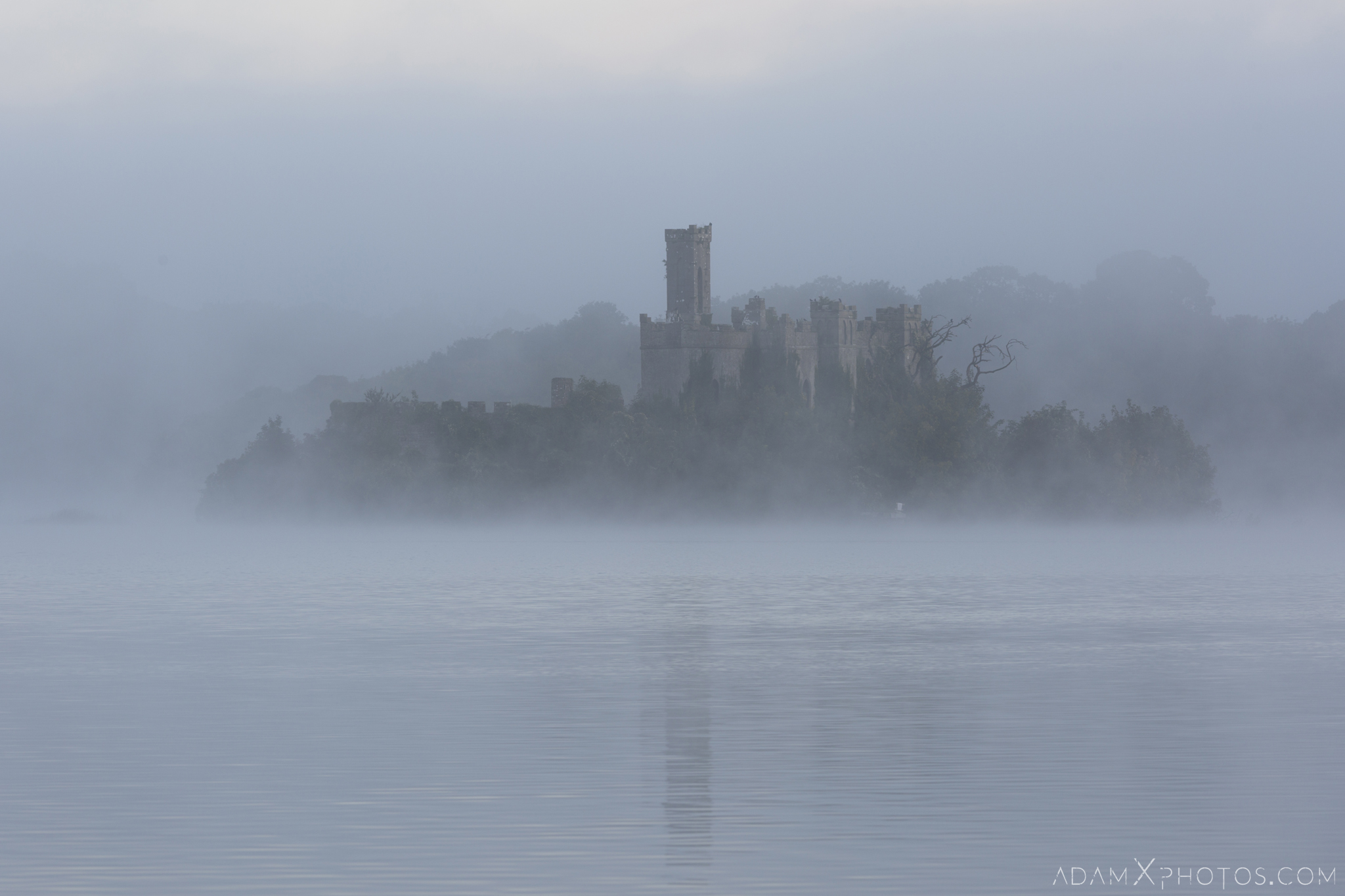 Spot James’ drone in the bottom right of the frame! 🙂 We’ve found that the easiest way to avoid the risk of any collision when flying together is to maintain a decent altitudinal separation between our drones. 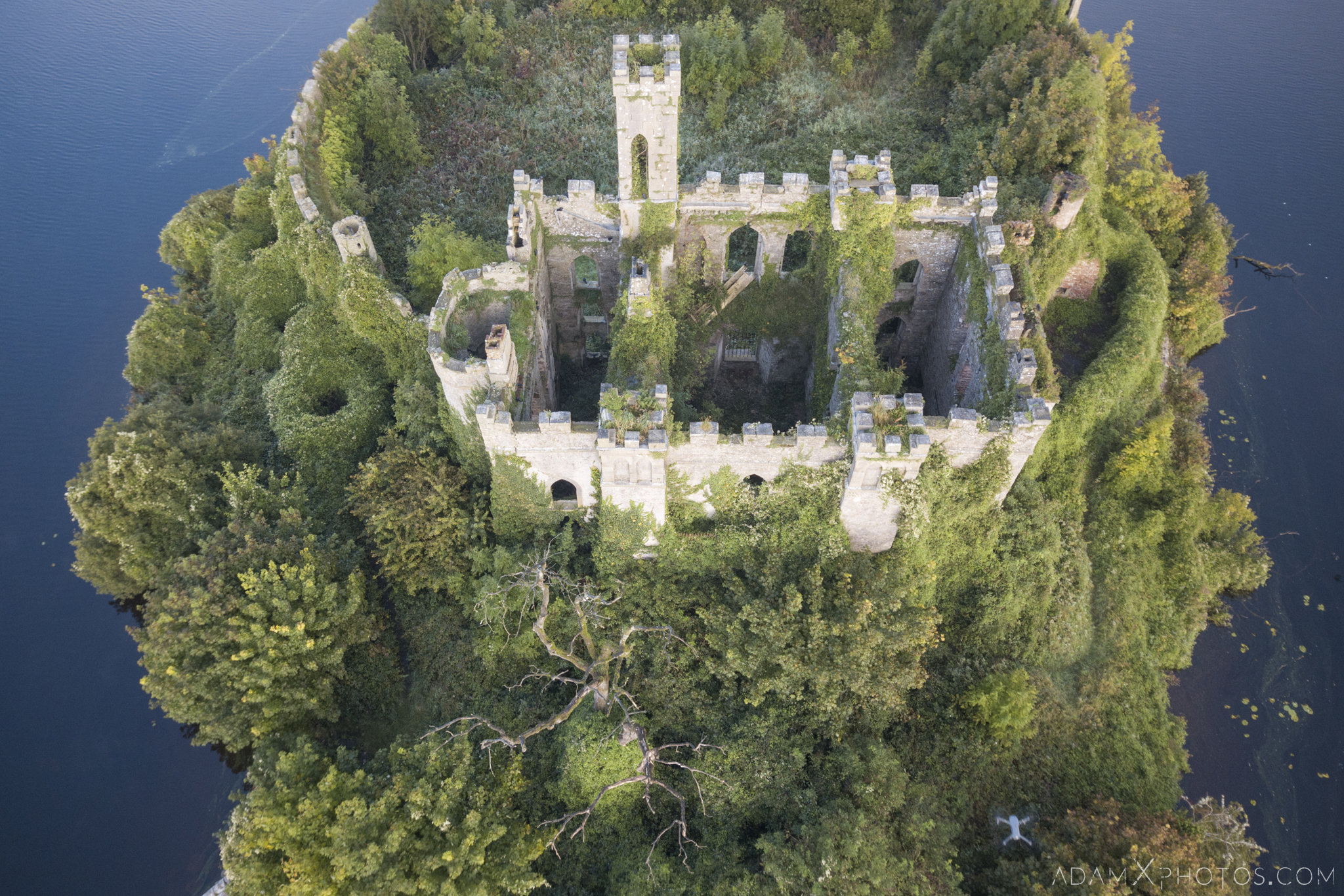 That night we enjoyed the luxury of staying in a proper hotel in Limerick, with dinner of a traditional Irish stew washed down with several pints of Guinness in a cosy local pub 🙂 Thanks for flying by.
Adam X