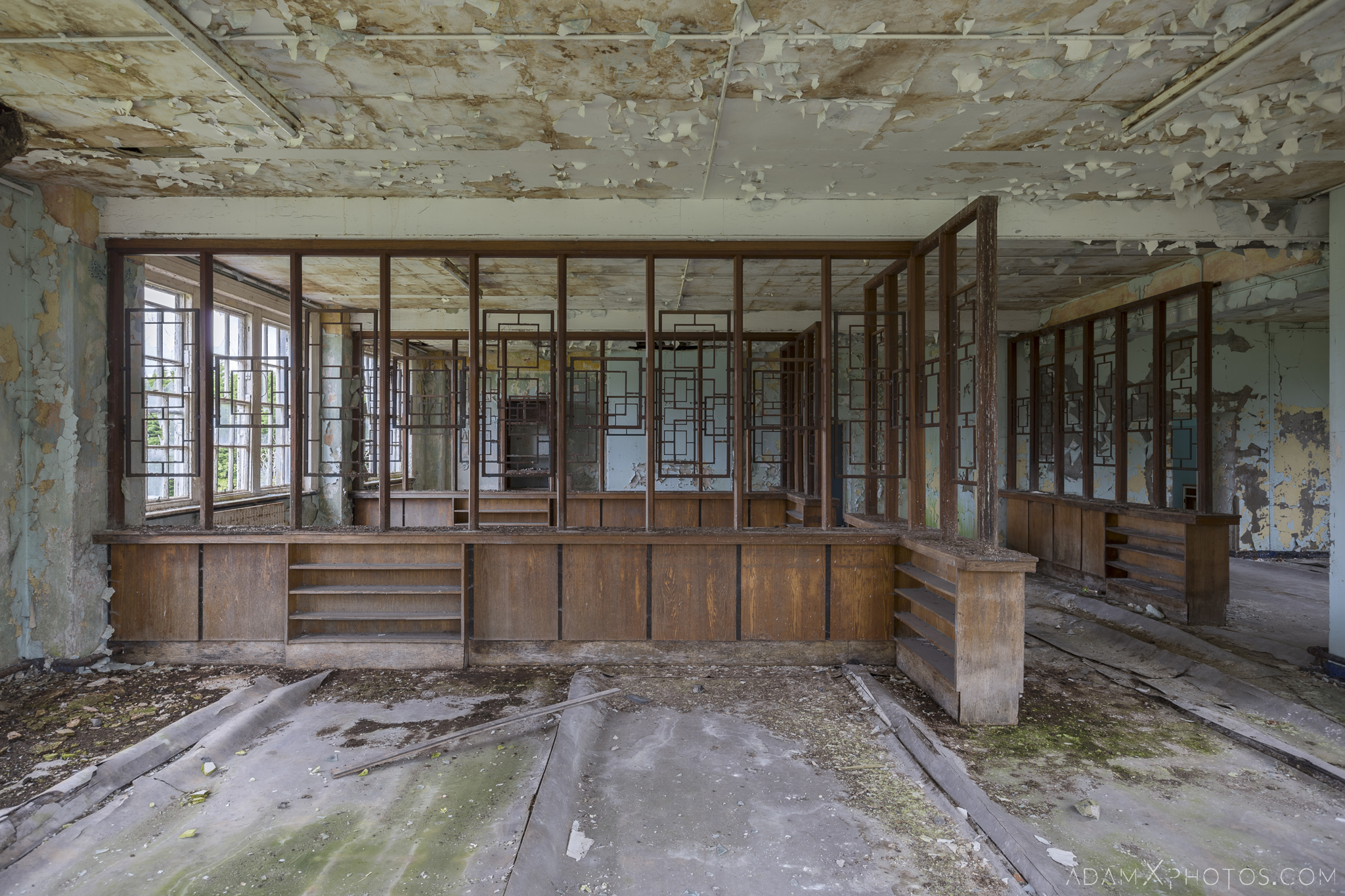 Explore #4 of the ‘Almost Died Tour’

On the final morning of our Irish roadtrip we decided to head to another former asylum, which whilst not being quite as photogenic as the Connacht District Lunatic Asylum, was still well worth an explore…

History (abridged and rewritten from here)
Ennis District Lunatic Asylum opened in 1868, built to designs by architects William Fogerty and AC Adair at a cost of £35,000. The hospital consists of an extensive range of buildings on a symmetrical plan, as is common with many such institutions. The main entrance features a four storey Italianate tower with Tuscan doorcase. 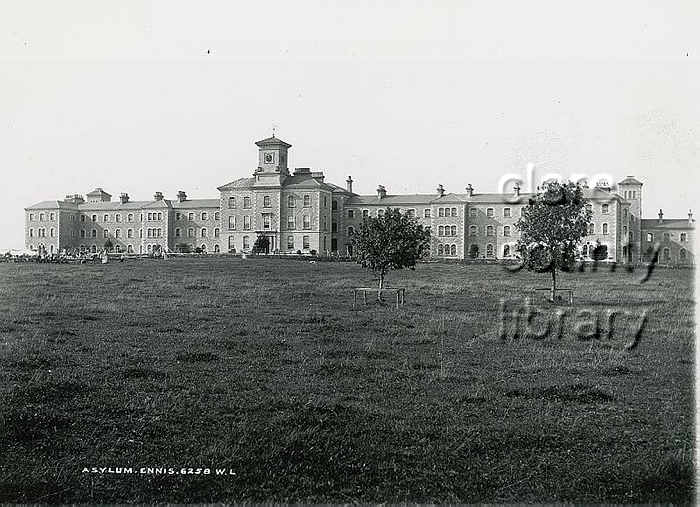 Conditions in the asylum were grim, and hadn’t improved by the 1950s. Many staff lived and raised their families in the hospital, which was a huge employer and purchaser of local produce at a time when economic activity was scarce in the town. Meanwhile, the custodial approach was in practice inside the building’s enormous grey walls, with terrible overcrowding documented with just inches between patients’ beds in a ward of 70. One nurse described it as a vision from hell. The hospital welcomed the advent of Electric Convulsive Therapy, while drug trials also took place there.

Whilst conditions improved in the latter half of the 20th Century, a report by the Inspector of Mental Hospitals in 1989 still made for dismal reading: “Virtually all patients appeared to be unoccupied during the day; it seemed to us that many patients could have resettled in the community, with varying degrees of support, without too much difficulty” said the inspector, who added that as late as 1986 there were 600 patients in the hospital. He also criticised that the “elderly and mentally handicapped” were still being admitted to the hospital, and raised concerns over continuing overcrowding and a lack of cleanliness in its eight units.

In 2002 the hospital finally closed, and the 16.65 acre site was purchased from Clare County Council in 2005 by hotelier Allen Flynn, builder Martin Fitzgibbon and Paul Talty for €5.2 million. Planning permission had been secured for development of a four-star hotel but this never materialised.

In 2012 planning permission for a 100-bed hospital proposal was refused on a number of grounds. The hospital is listed as a protected structure in the Ennis and Environs Development Plan, and also forms part of an Architectural Conservation Area.

Our Explore
This was a nice no-drama explore, wandered in… wandered out an hour or so later!

…and then we were straight into peely corridor goodness. 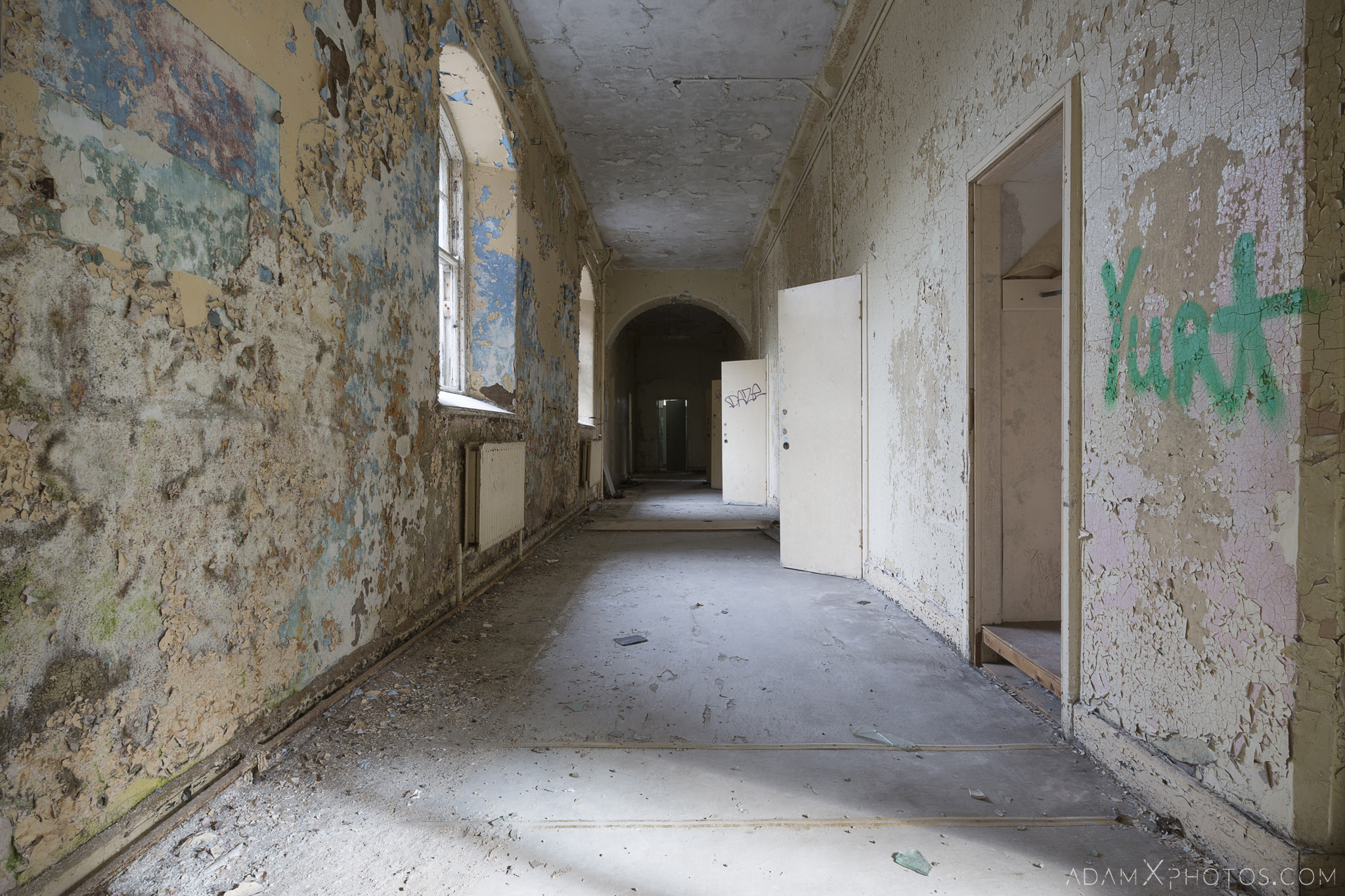 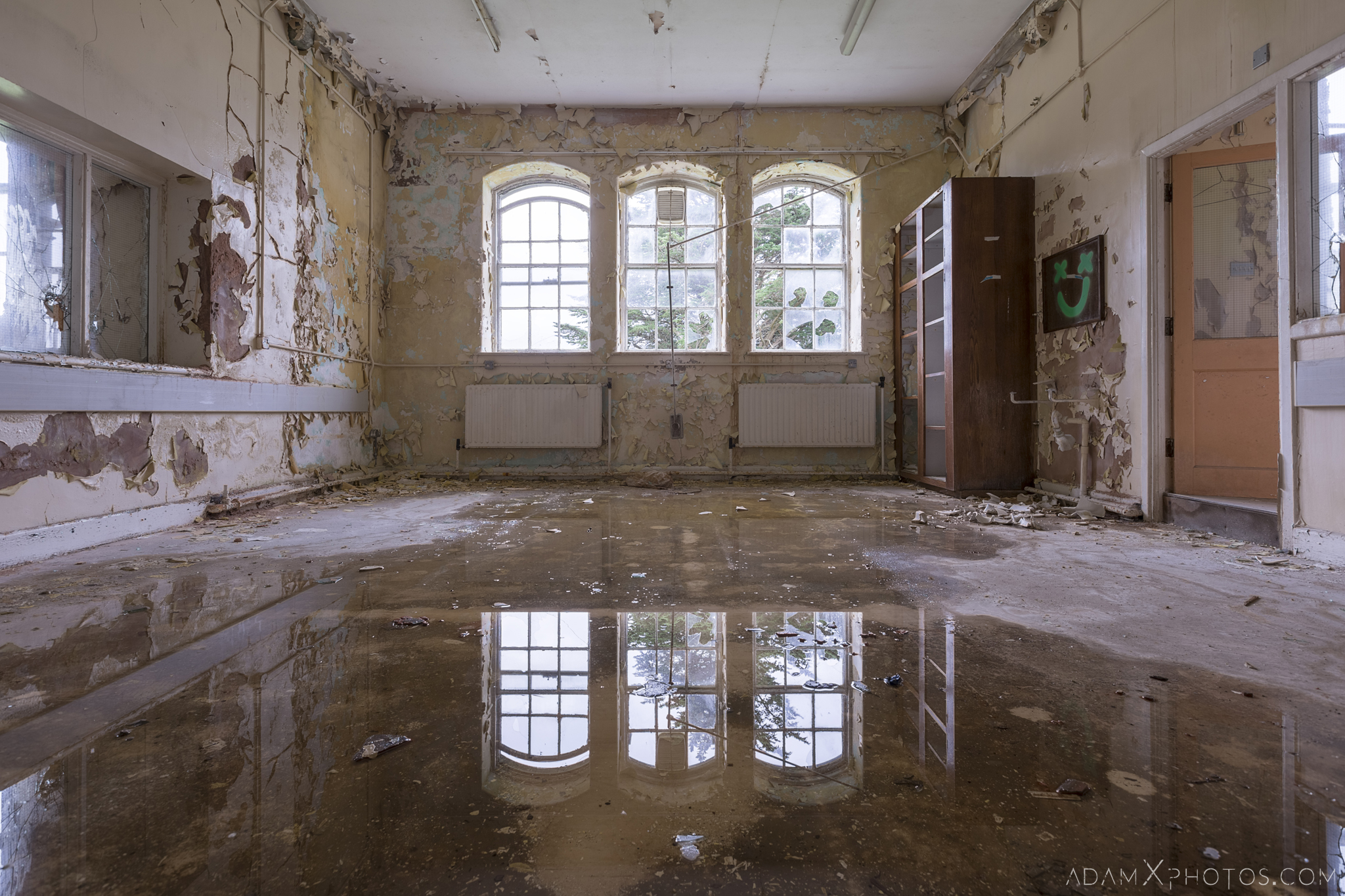 Long-time followers of my blog will know that I’m partial to murals in derelict buildings, and there were several examples here… 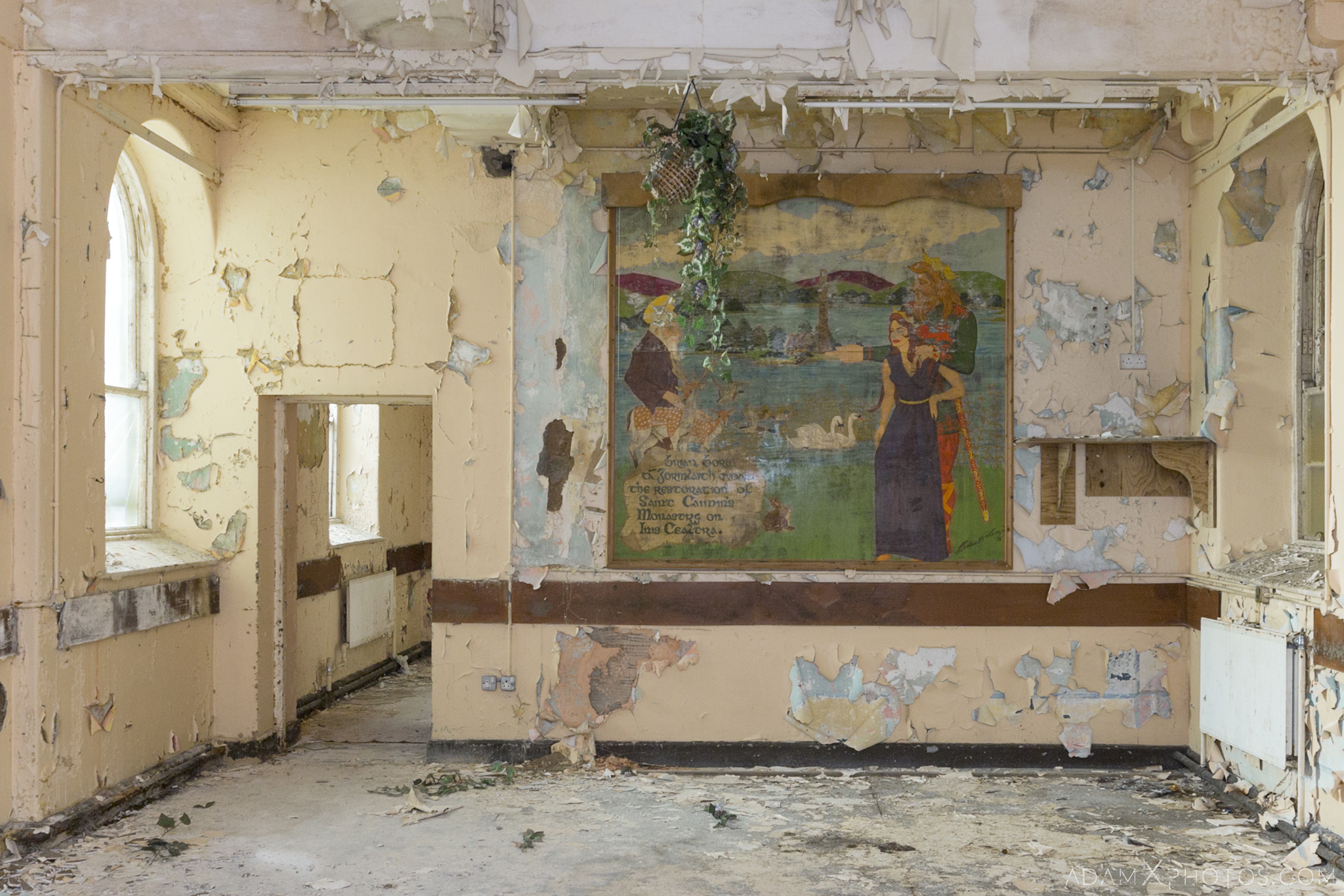 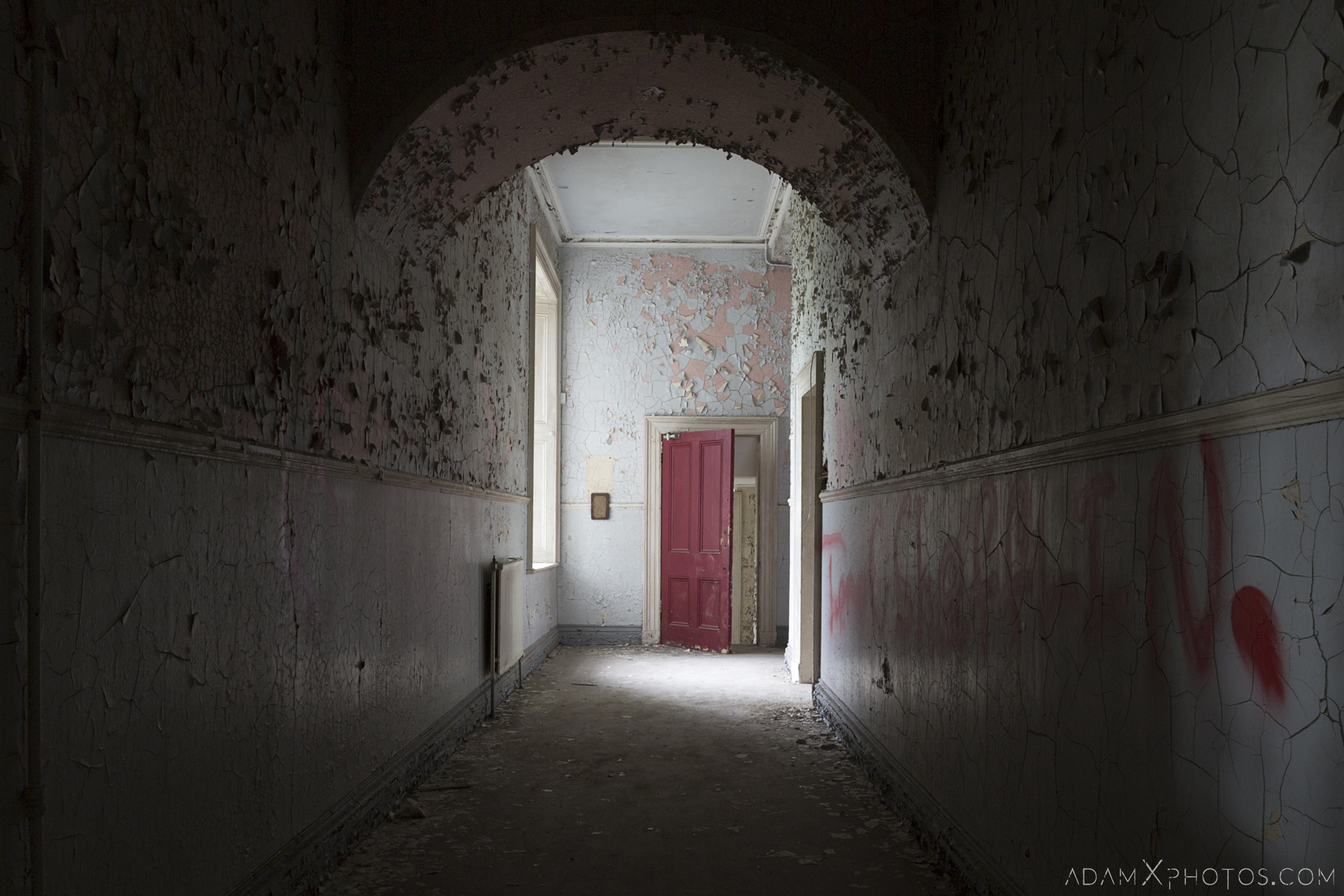 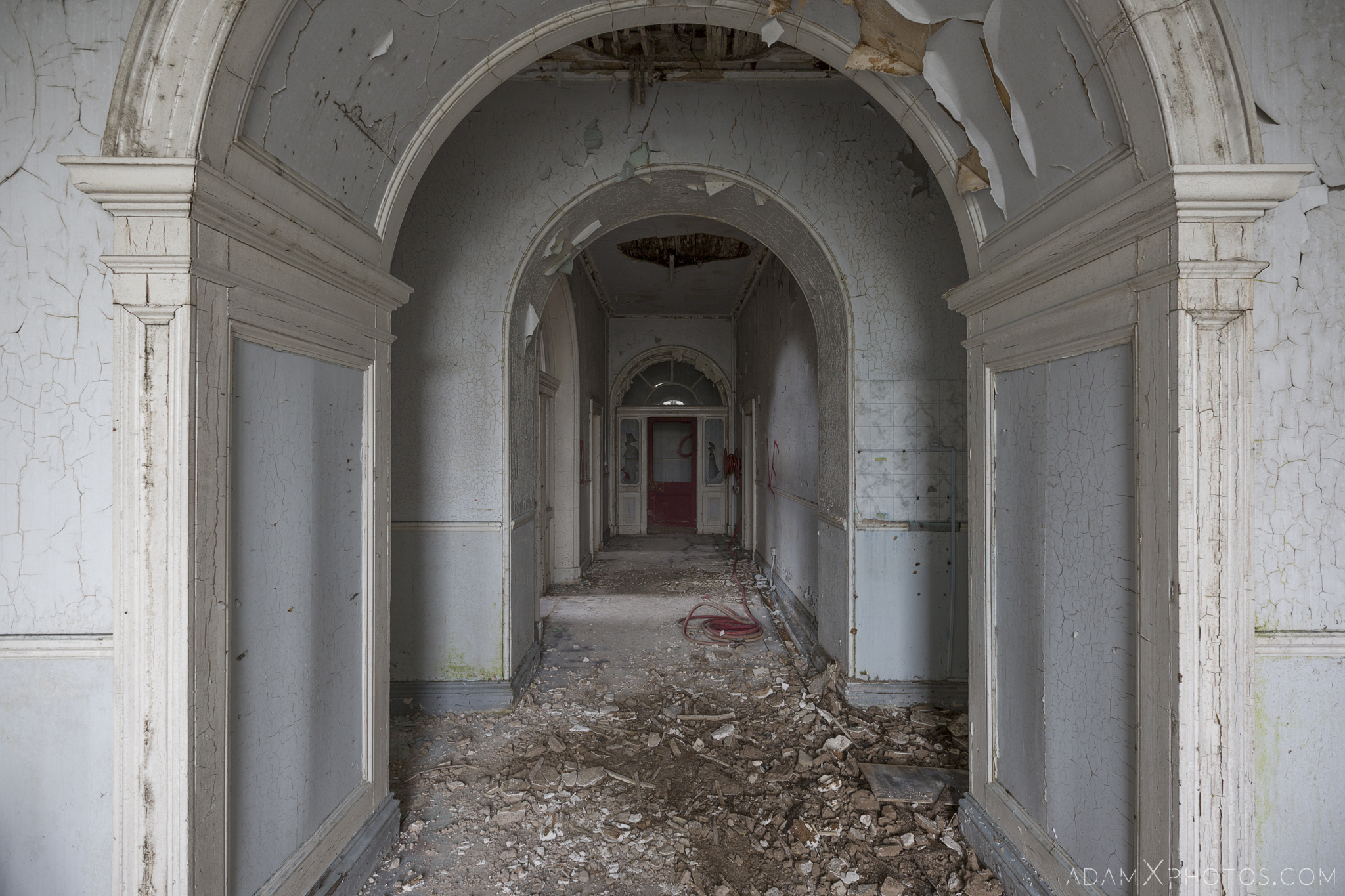 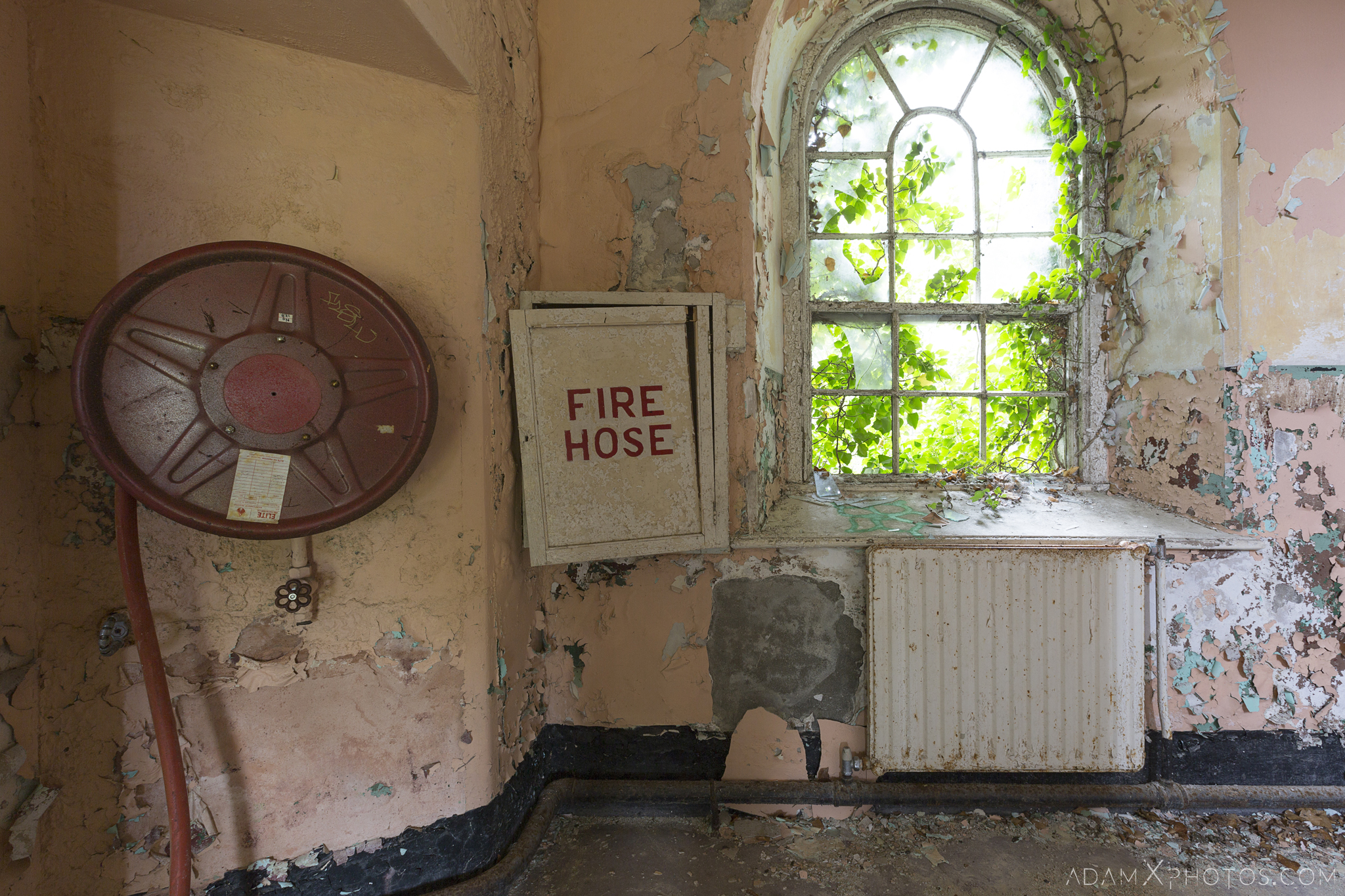 We then popped outside to admire the foreboding front entrance… 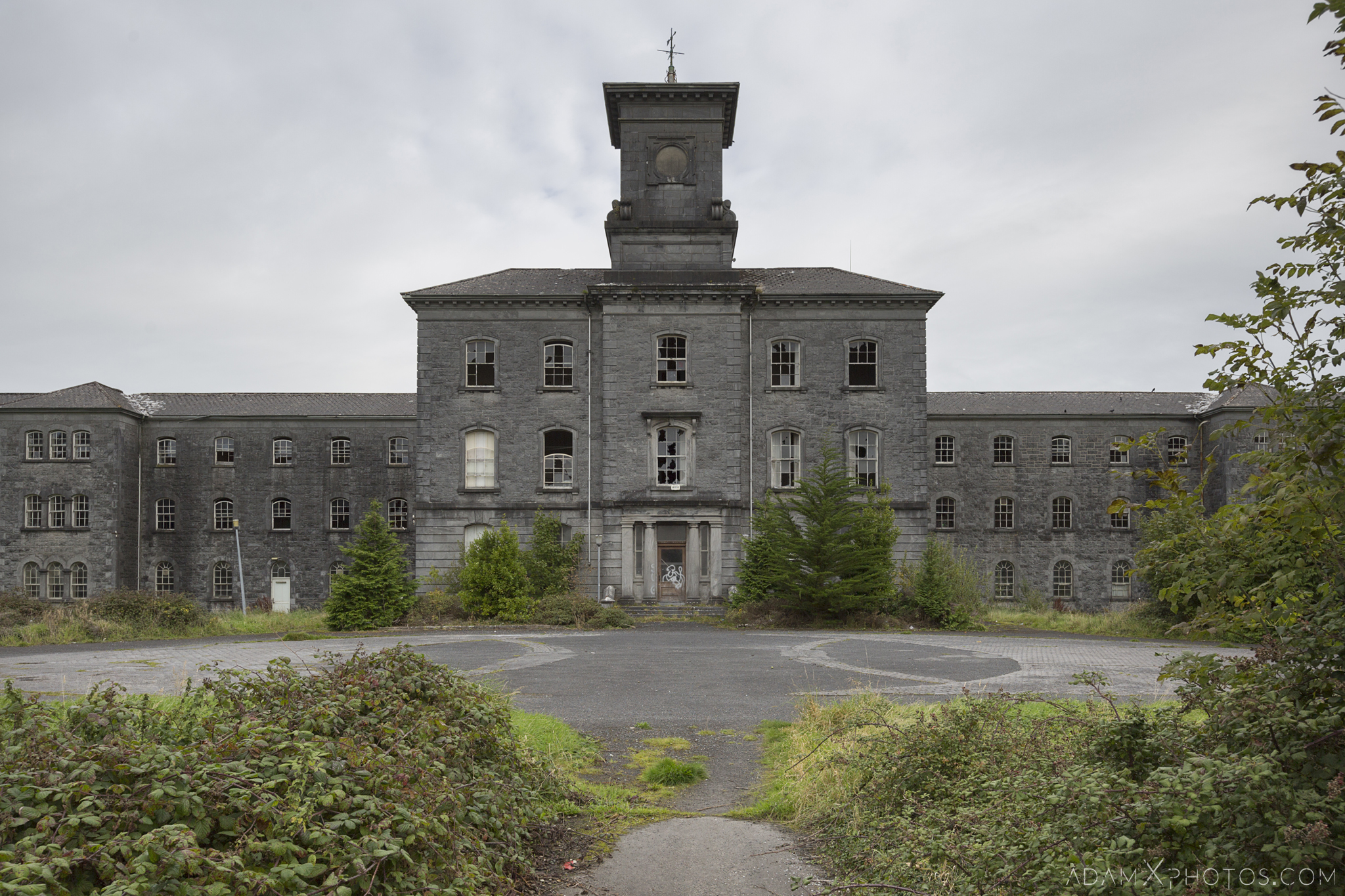 …and a rather terrifying statue of Mary outside a (sealed) chapel… Back inside, I came across another mural – this one celebrating the local hurling team of four decades ago… …and we ended the explore in one of the most decayed but photogenic parts, where these rather striking wooden panels had once been used to partition a ward (I think). With time marching on we had to call time on the Asylum, and head off to try and squeeze one last explore in before we caught our flight home.