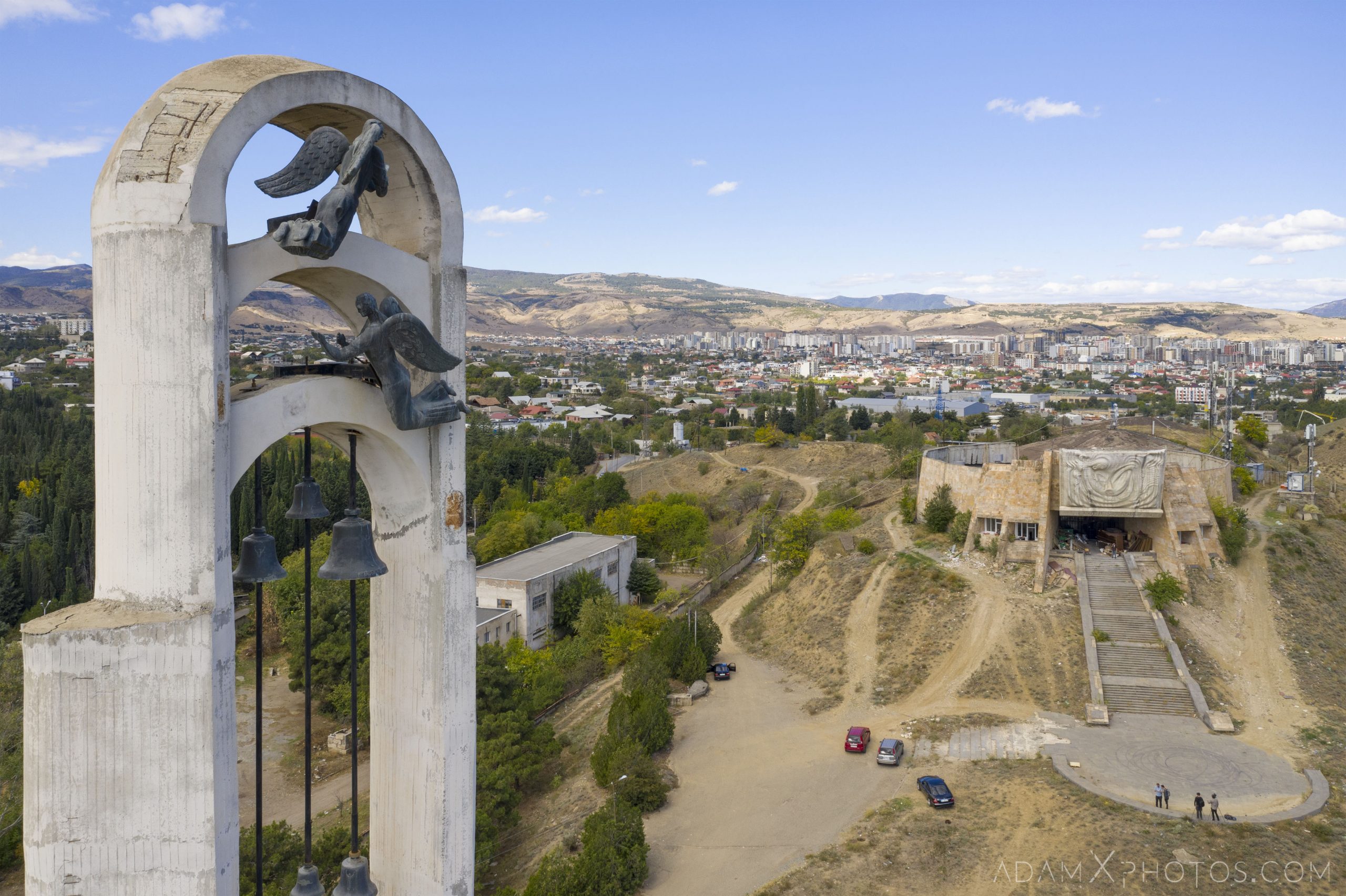 Whilst this blog/site/photographic journal is focussed on my Urban Exploration, I also throw in the occasional post which shares locations which don’t strictly fall into my definition of Urbex (loosely, stuff which is off limits or not ordinarily seen by the general public). My trip to Georgia included many such non-urbex sites of interest, so here’s part one…

Kolkheti mural, Kutaisi
As we travelled from Tskaltubo to Tbilisi we stopped briefly at the Green Bazaar market in Kutaisi to admire this stunning Soviet bas relief sculpture / mural by artist Bernard Nebieridze. Completed in 1985 and in situ on the side of the main market building since 1995, it is titled ‘Kolkheti’ or ‘Colchis’ – the name of an ancient region on the Black Sea south of the Caucasus Mountains, fabled to be the site of Jason’s legendary quest for the Golden Fleece. 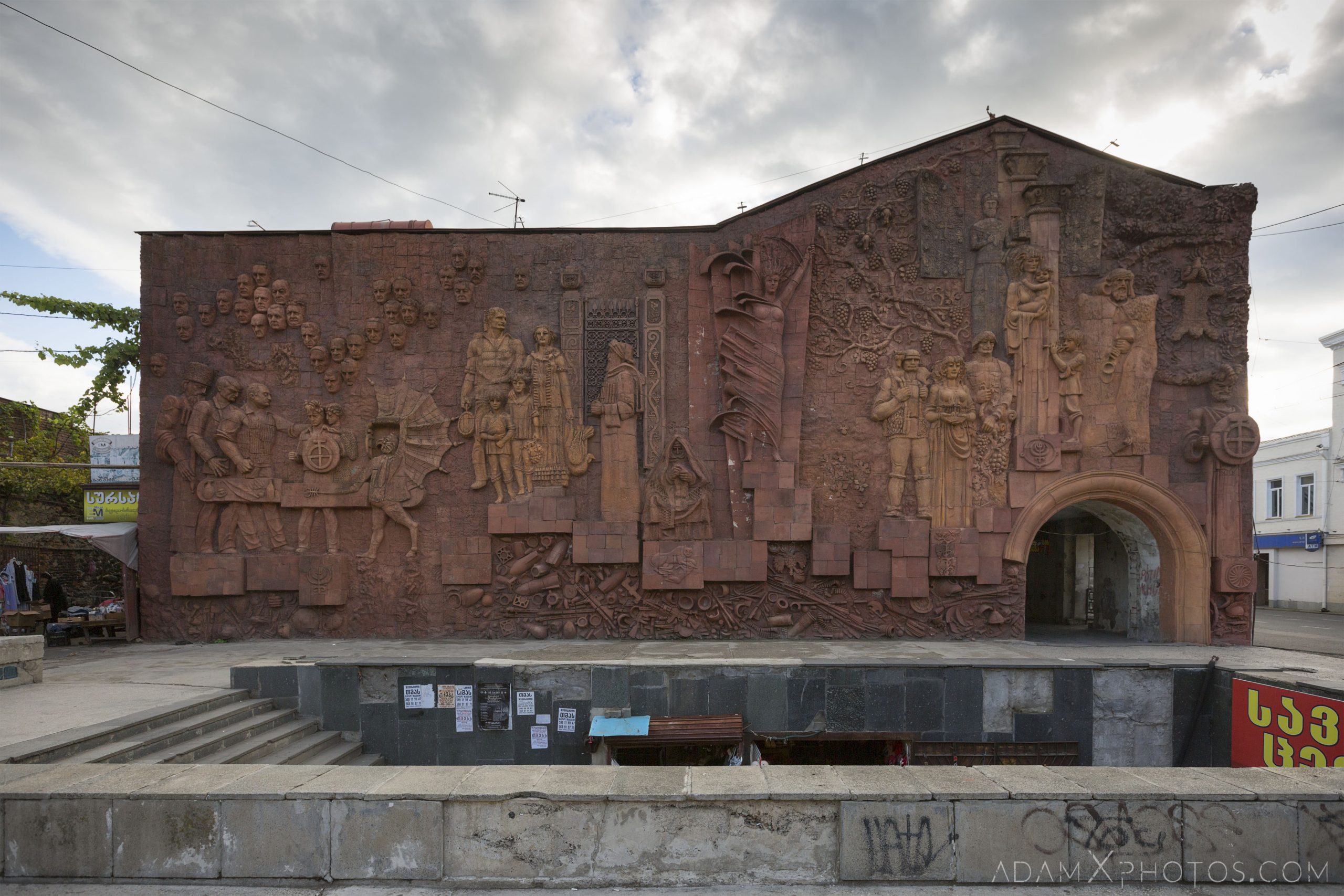 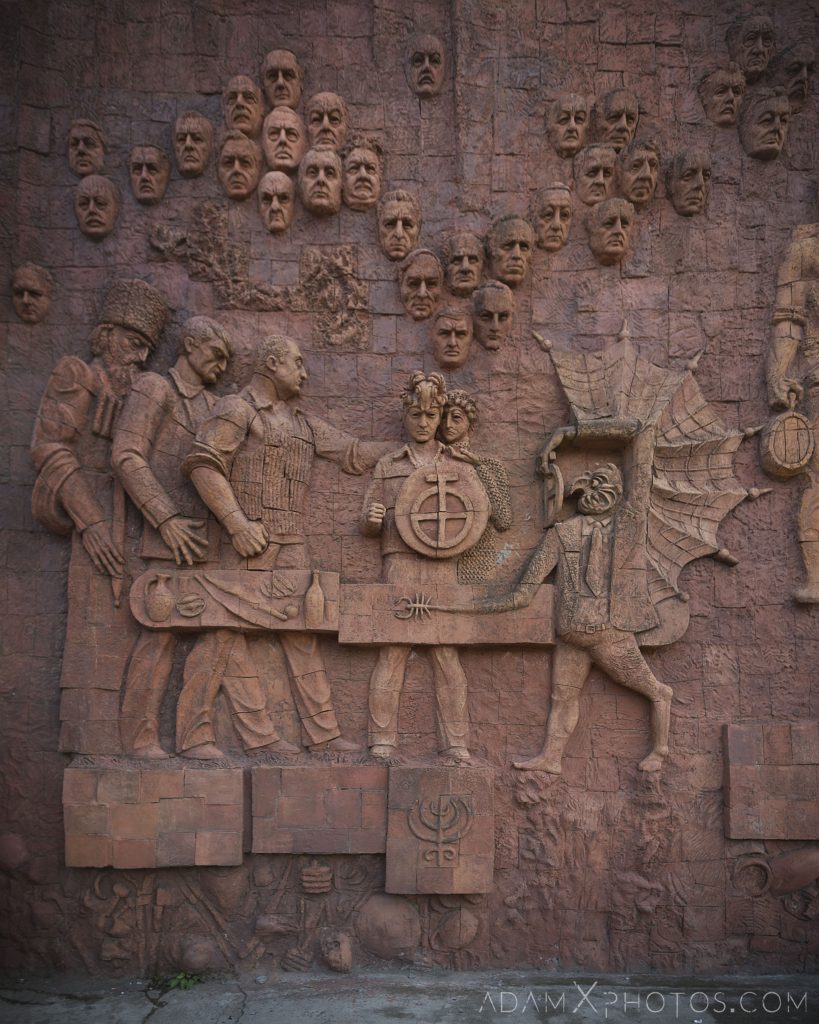 I do love a good mural, and grabbed these quick shots as we passed a rural bus stop… 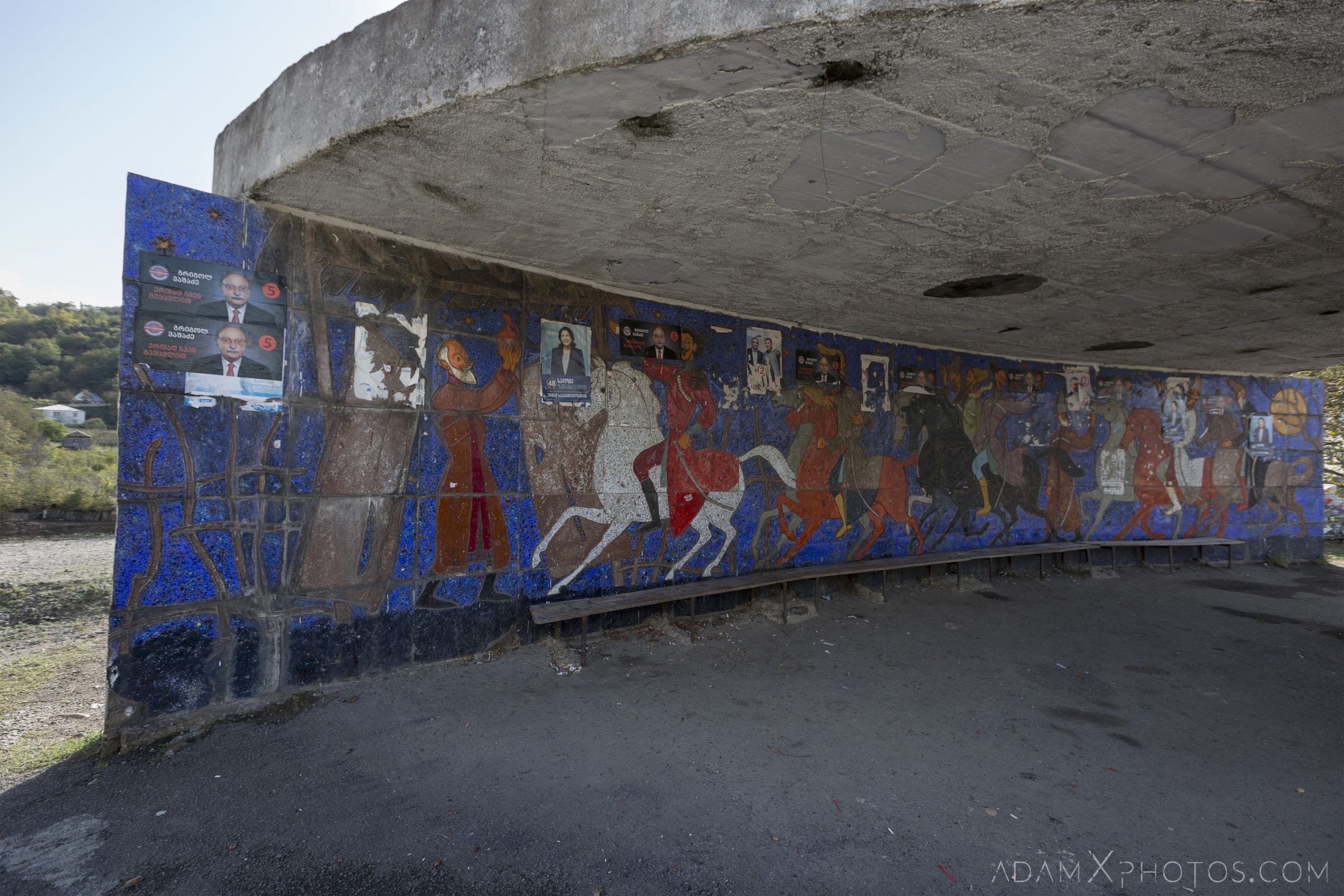 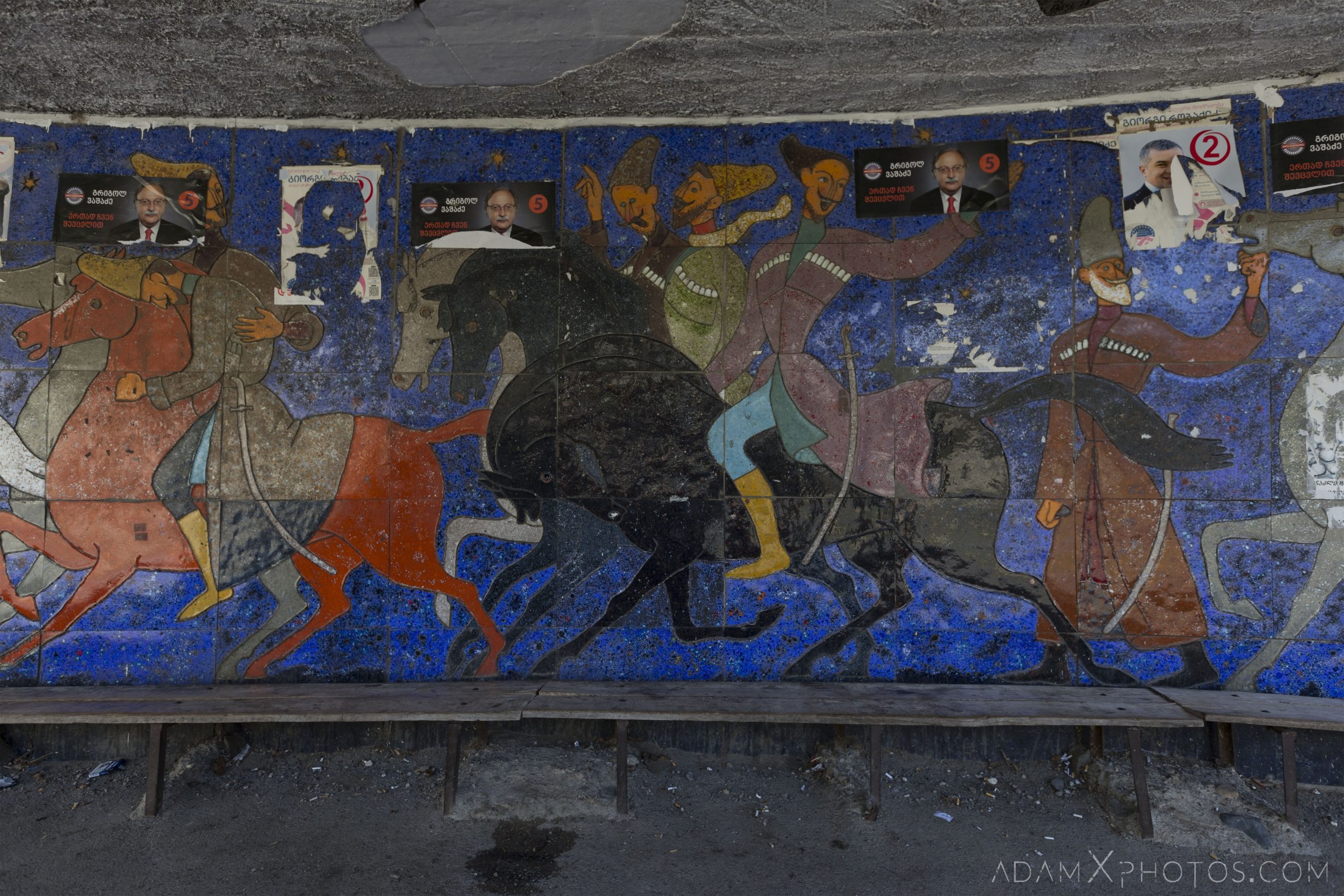 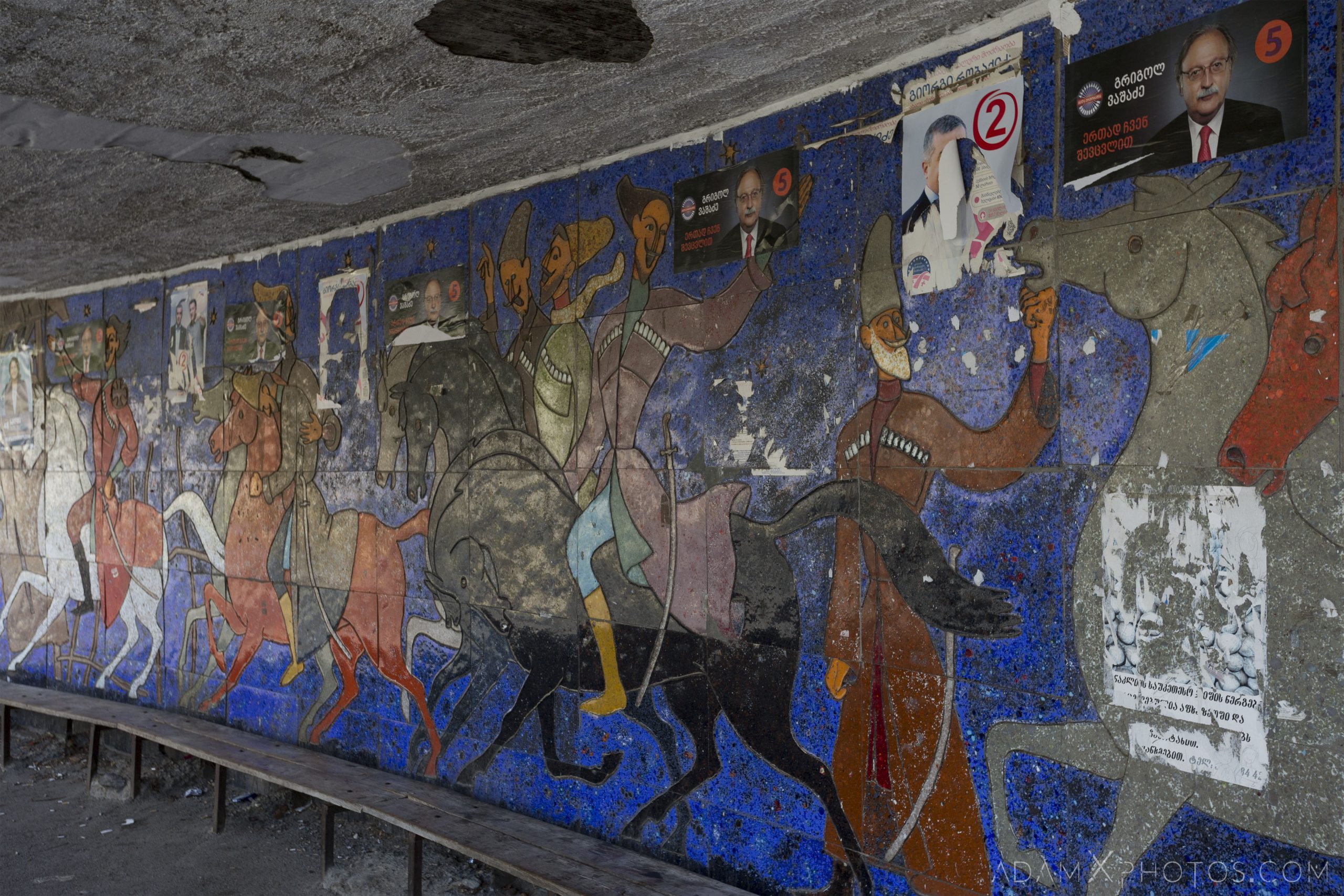 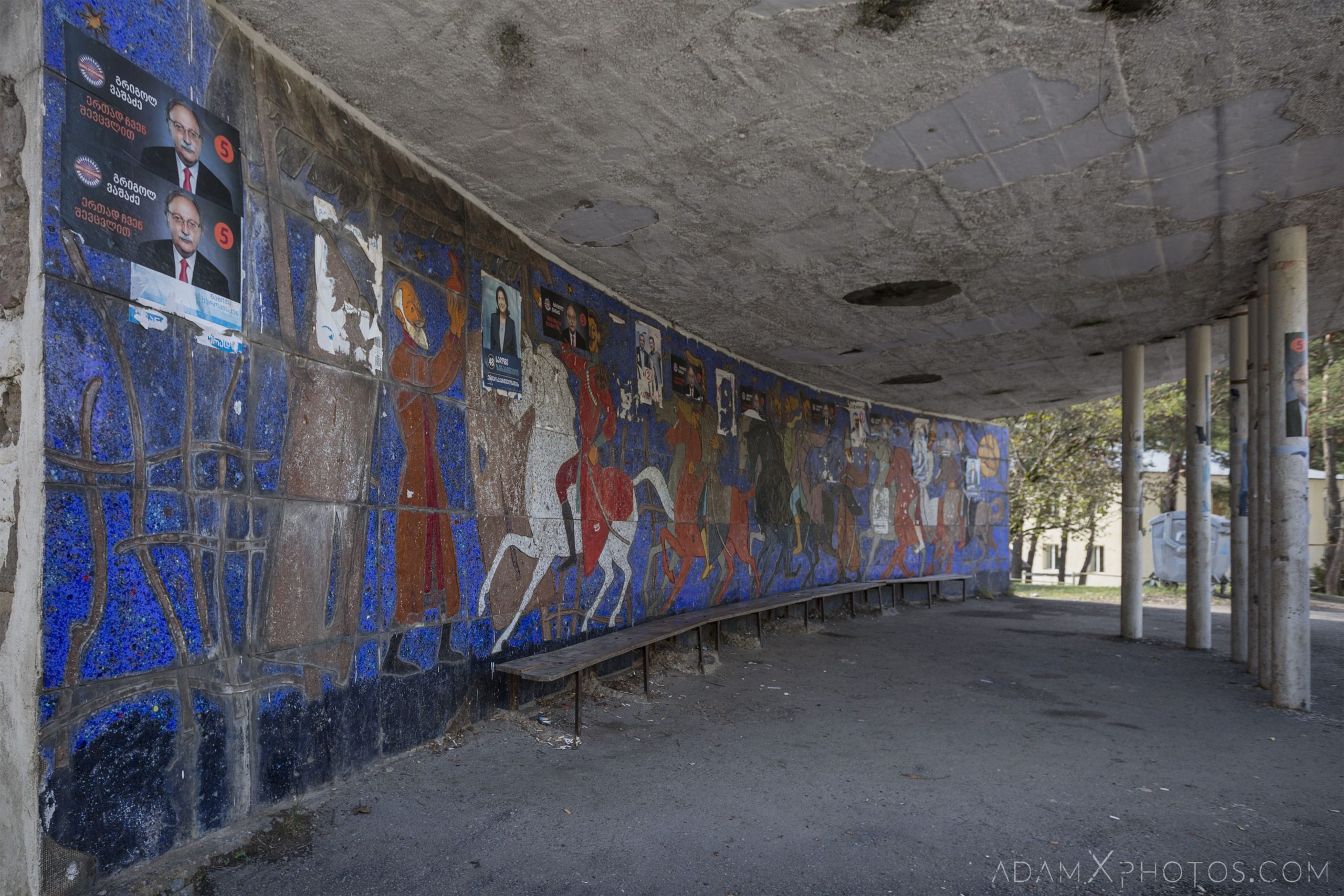 Driving in to Tbilisi… 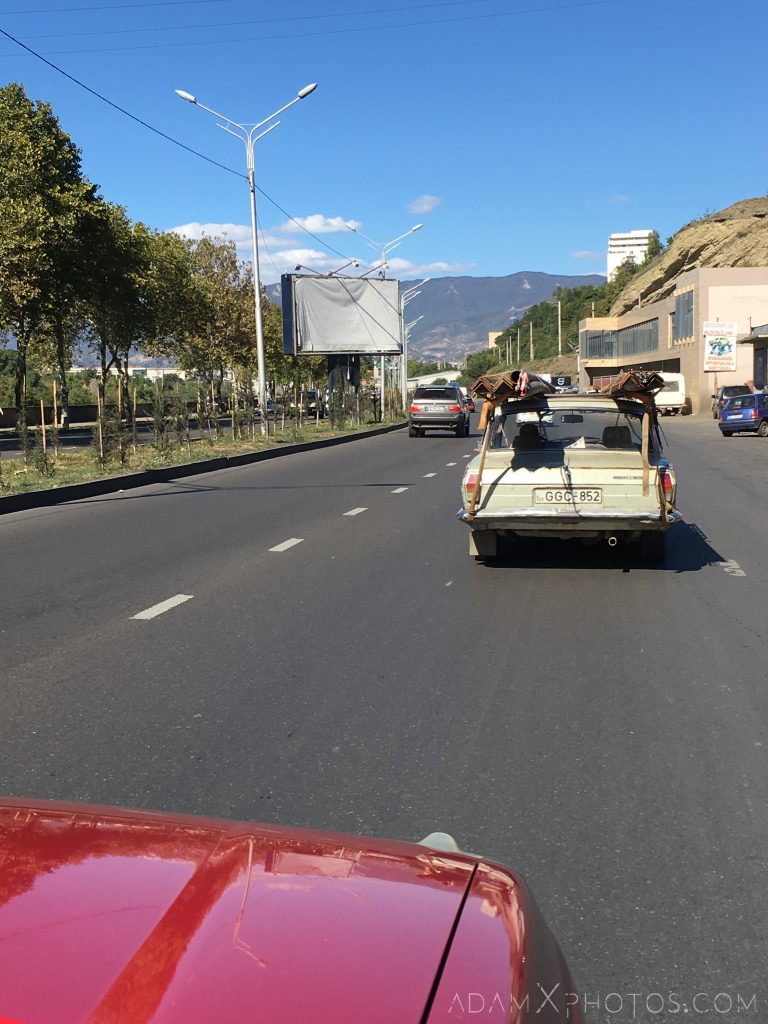 This soviet-era mural is located on the side of former cinema ‘Karibche’. Redevelopment was in full swing when we popped by, and unfortunately the workers wouldn’t let me on site, so I had to make do with a couple of quick shots from the street. 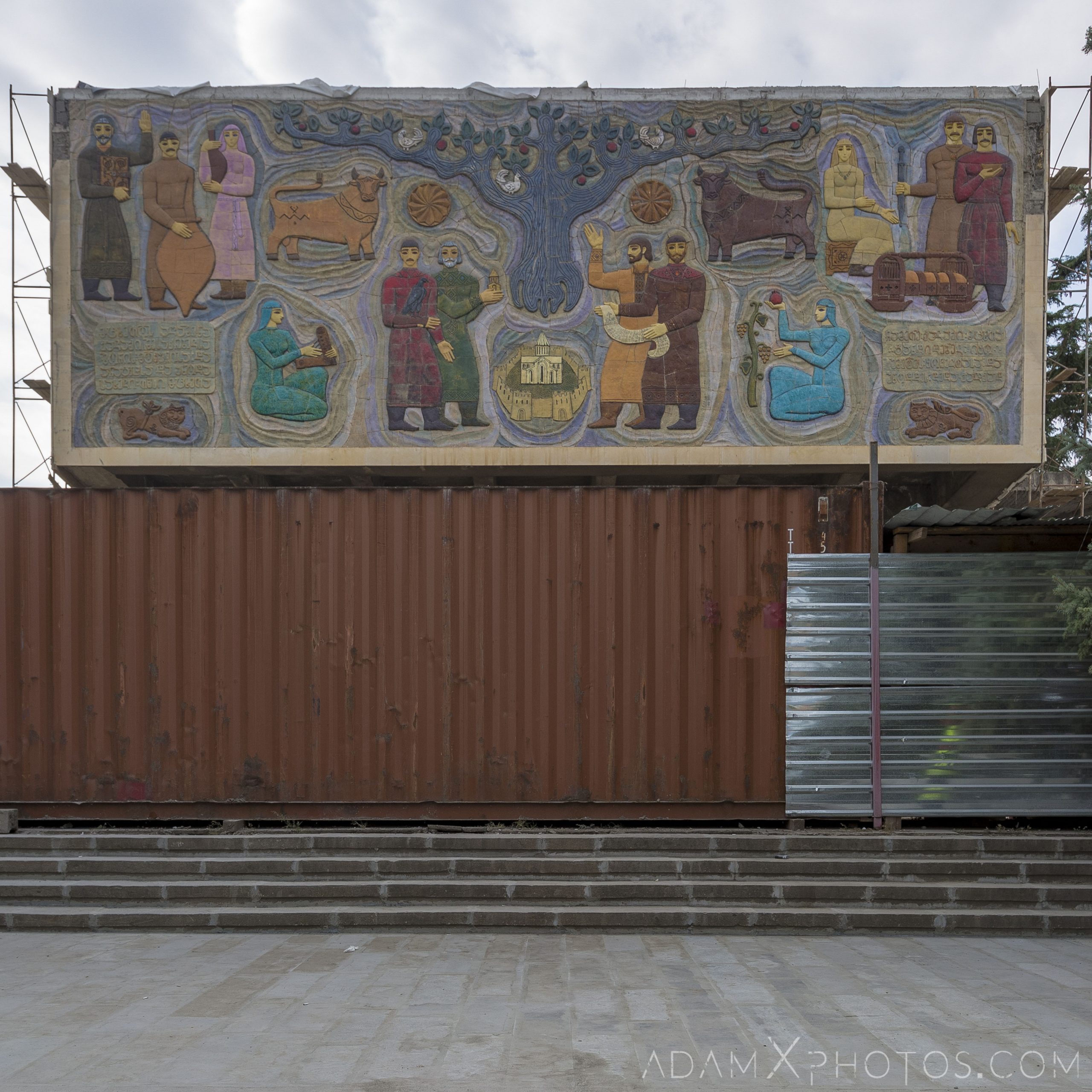 ​This former museum was founded in 1988 by renowned Georgian archeologist and head of the Tbilisi archeological expedition, Rostom Abramishvili. It housed monuments discovered by the archeological excavations in Tbilisi, including the earliest known examples of tinned bronze objects from the Delisi (Tbilisi district) dwelling, dated as 4.000 years old. These days it sits empty and decaying… 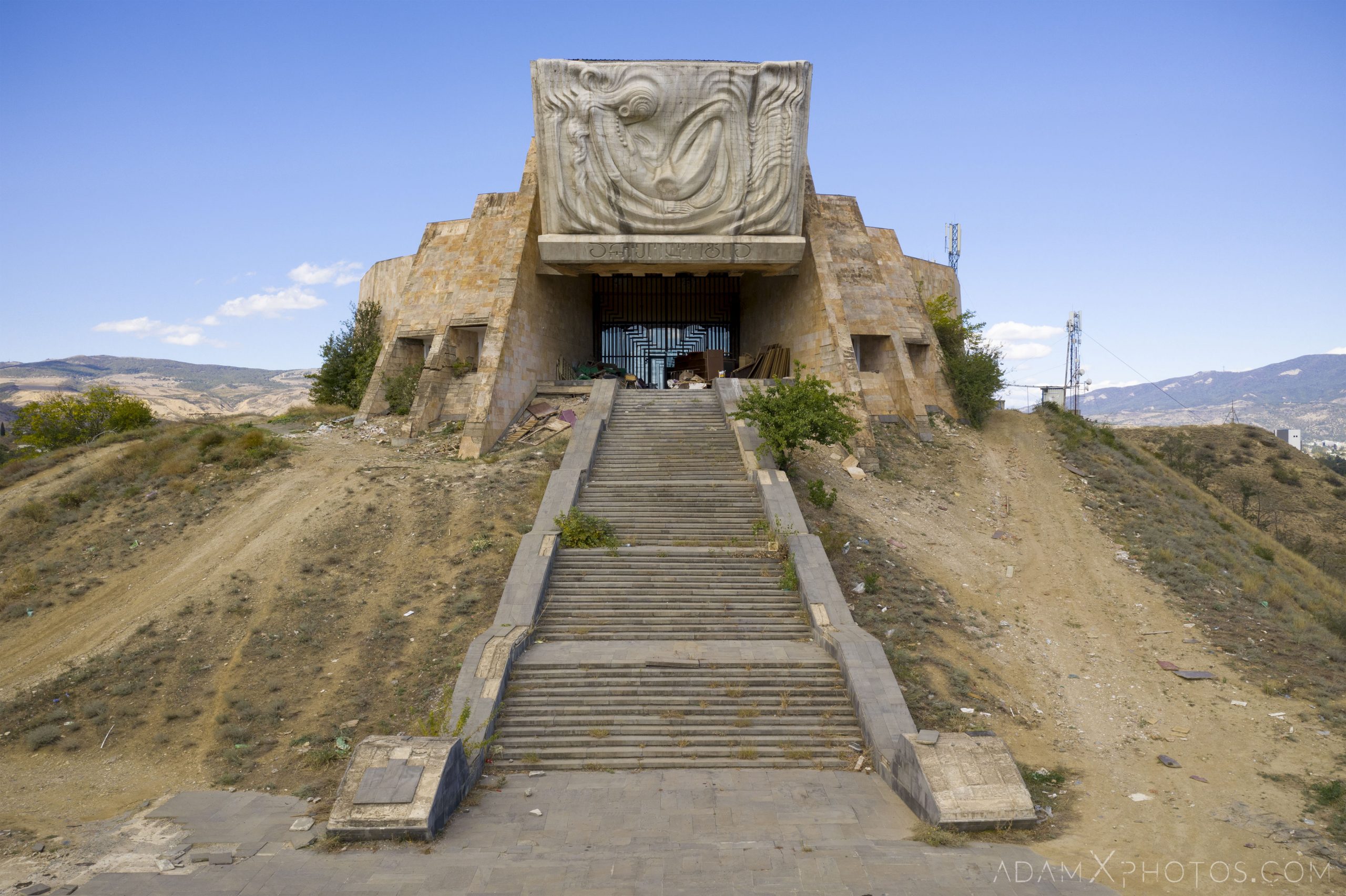 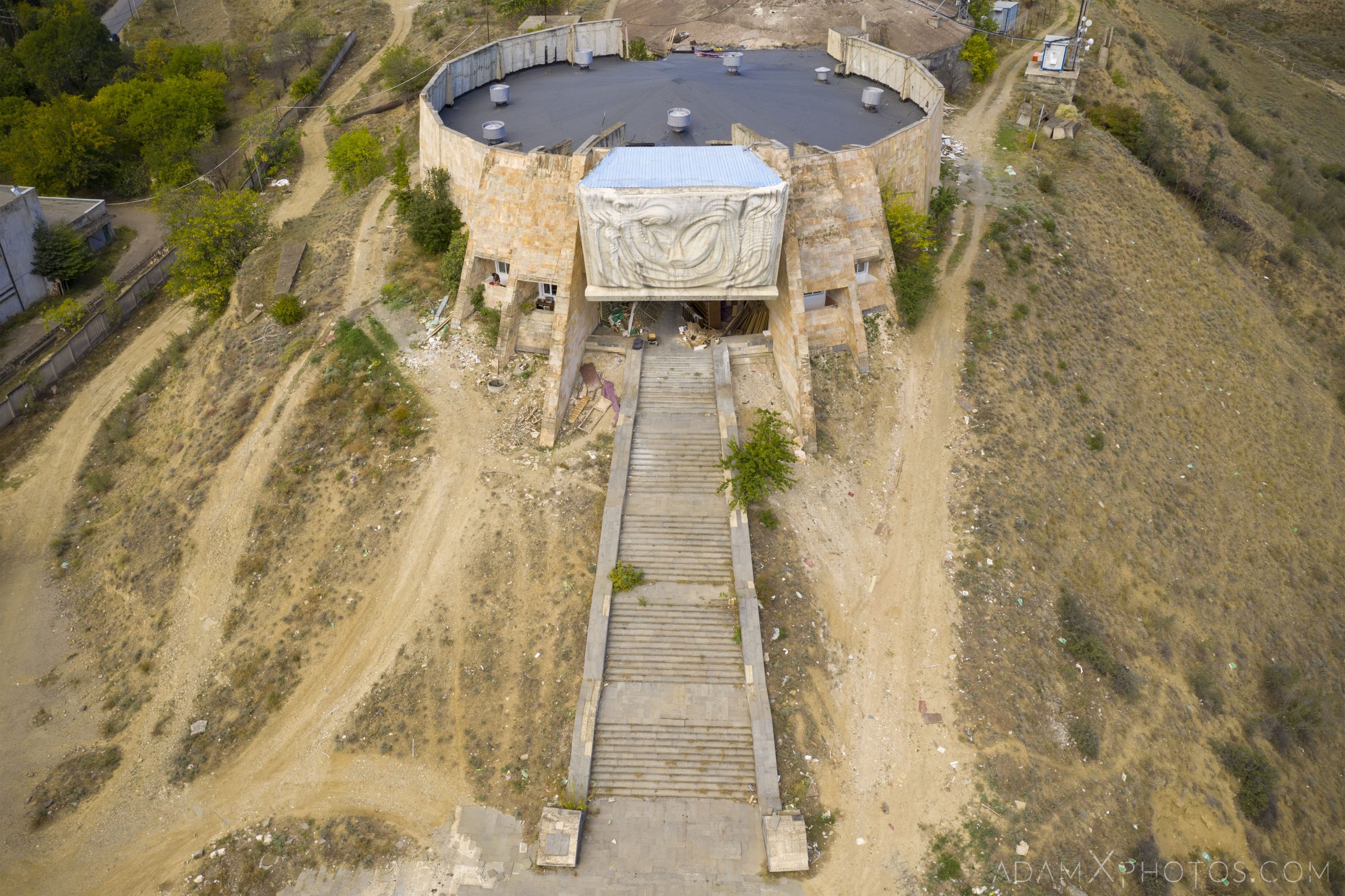 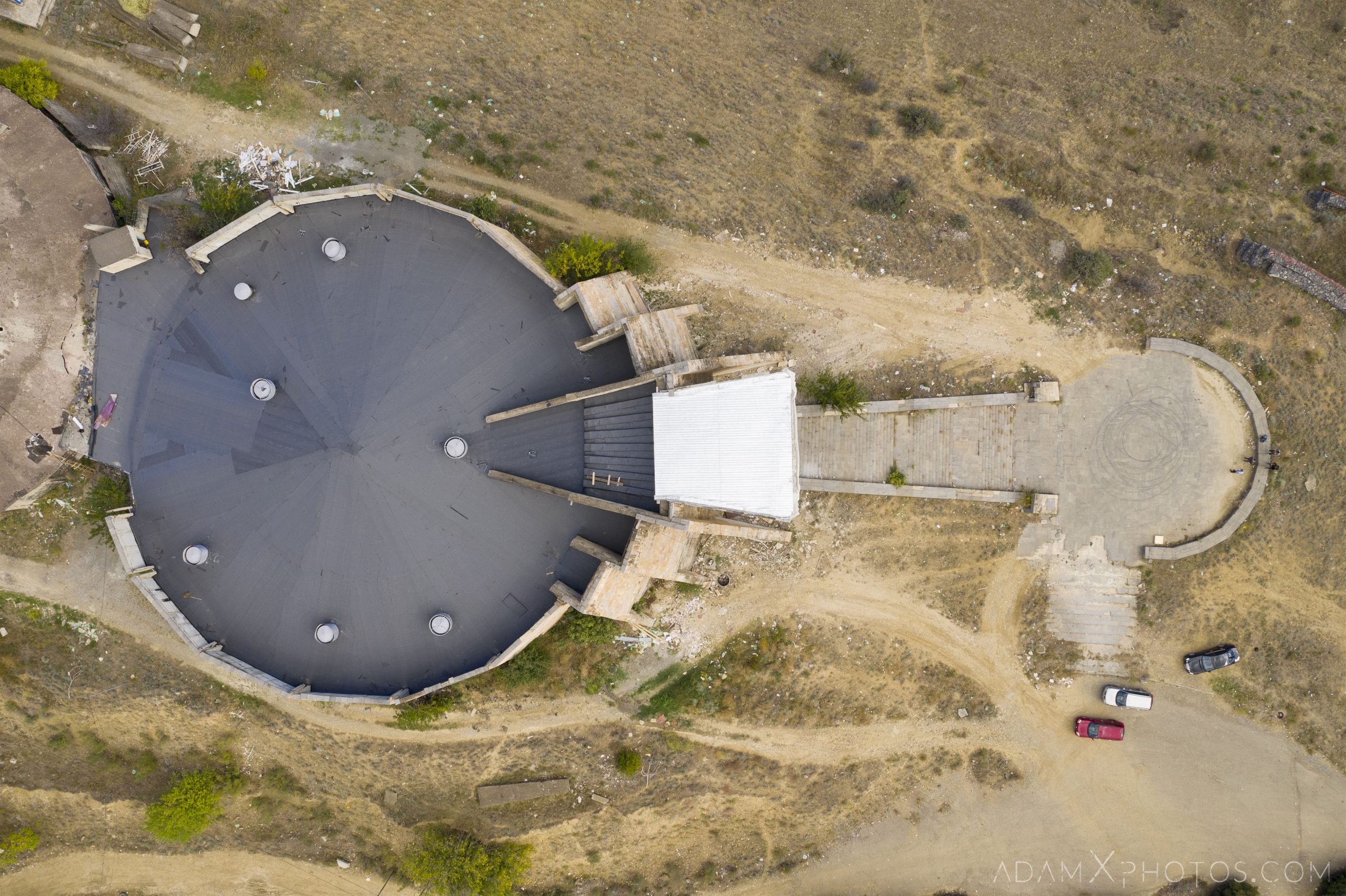 A nearby church from above… (From wiki) The Chronicle of Georgia (or History Memorial of Georgia) is a monument located near Tbilisi sea. It was created by Zurab Tsereteli in 1985 but was never fully finished. The monument sits atop a large set of stairs, and chronicles the history of Georgia. Its 16 pillars are between 30–35 meters tall, and feature kings, queens and heroes and stories from the life of Christ. There is a grapevine cross of St. Nino and a chapel. 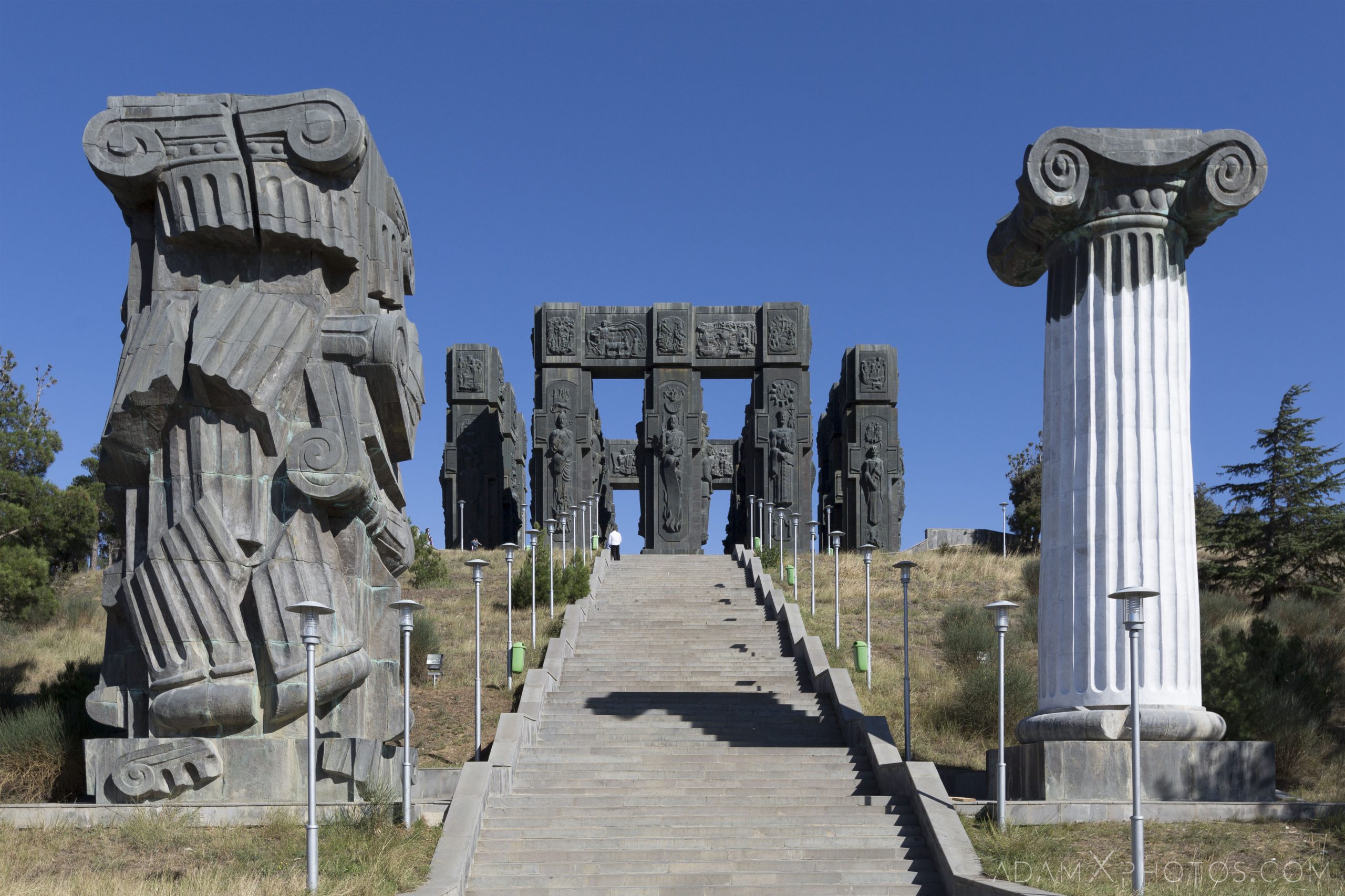 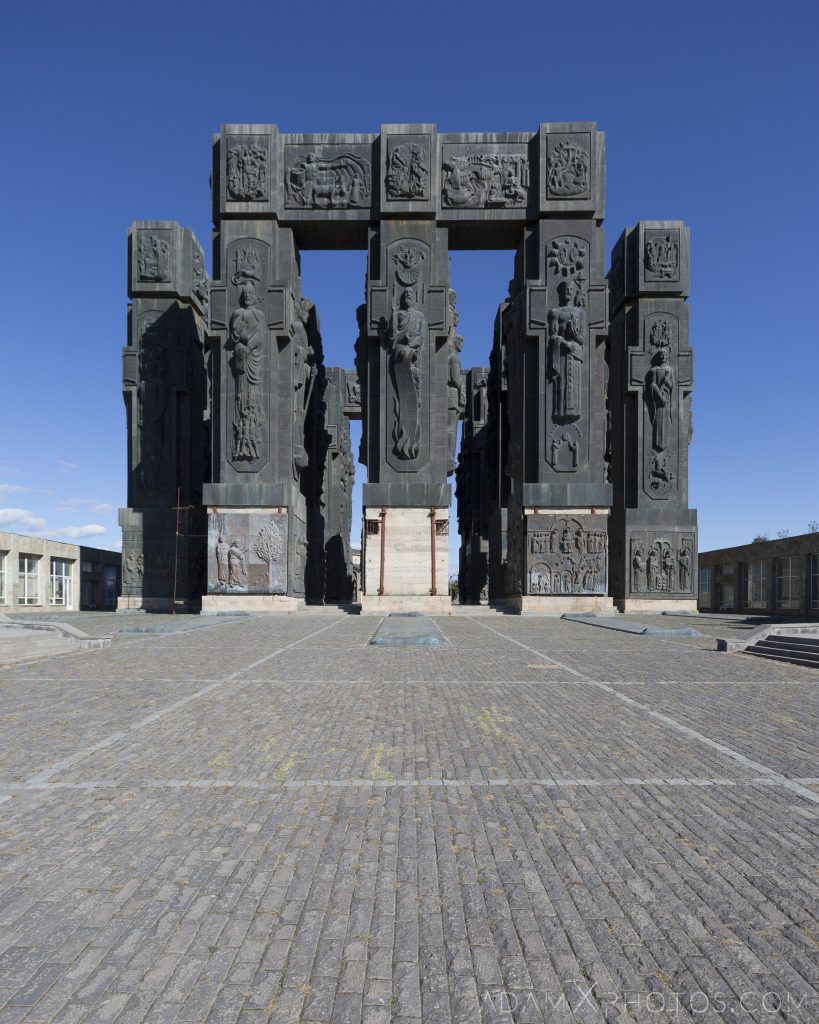 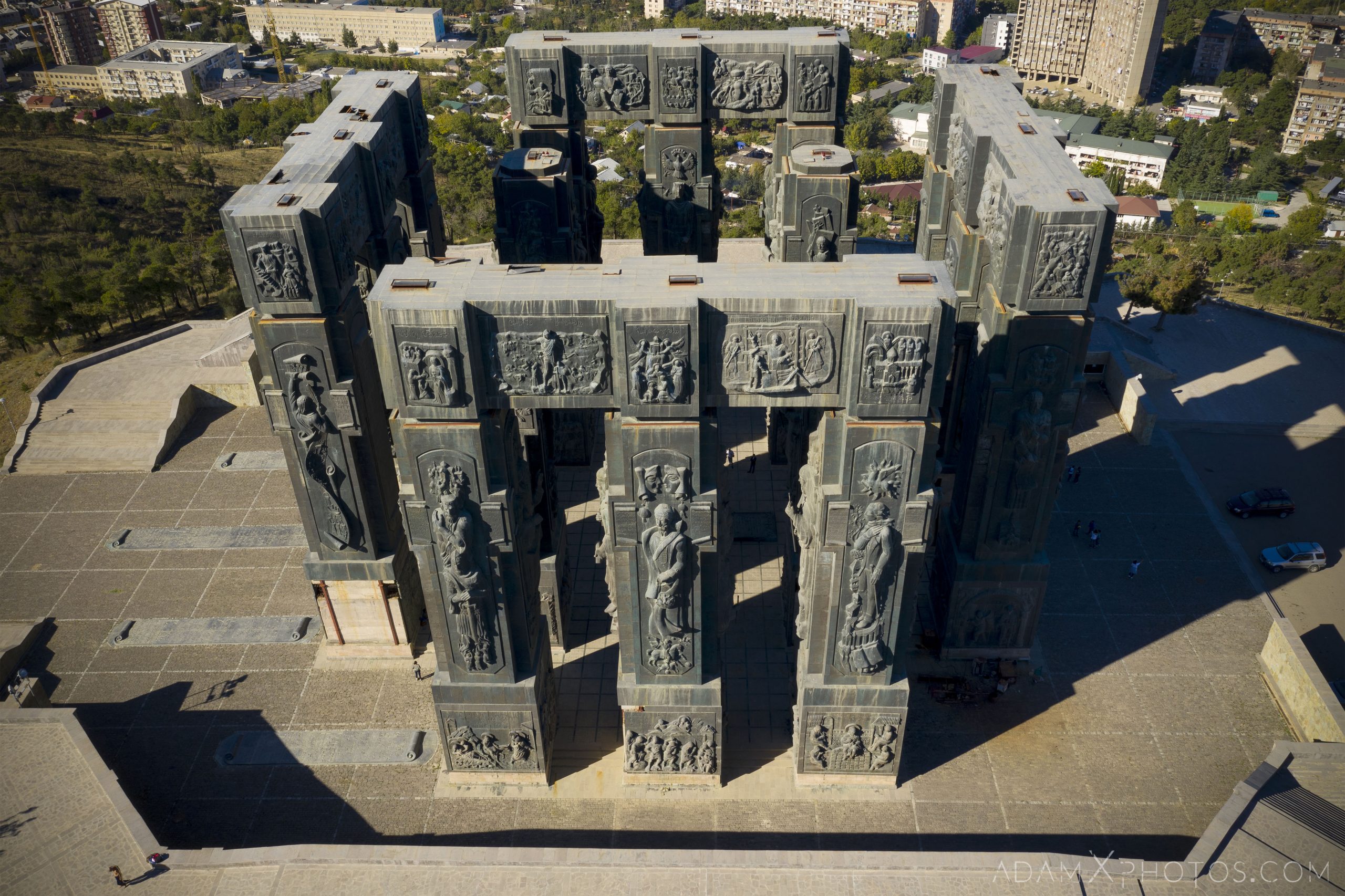 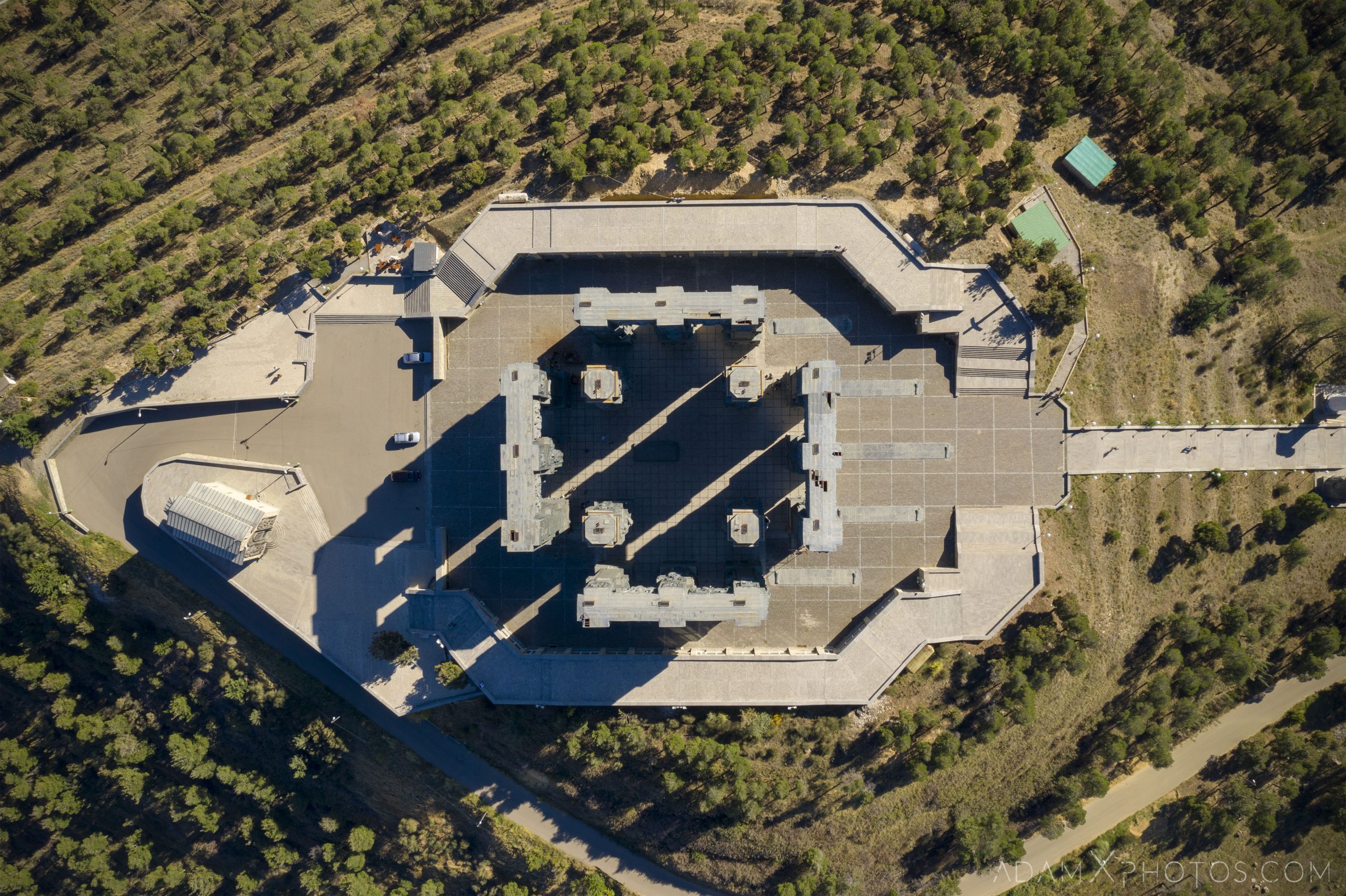 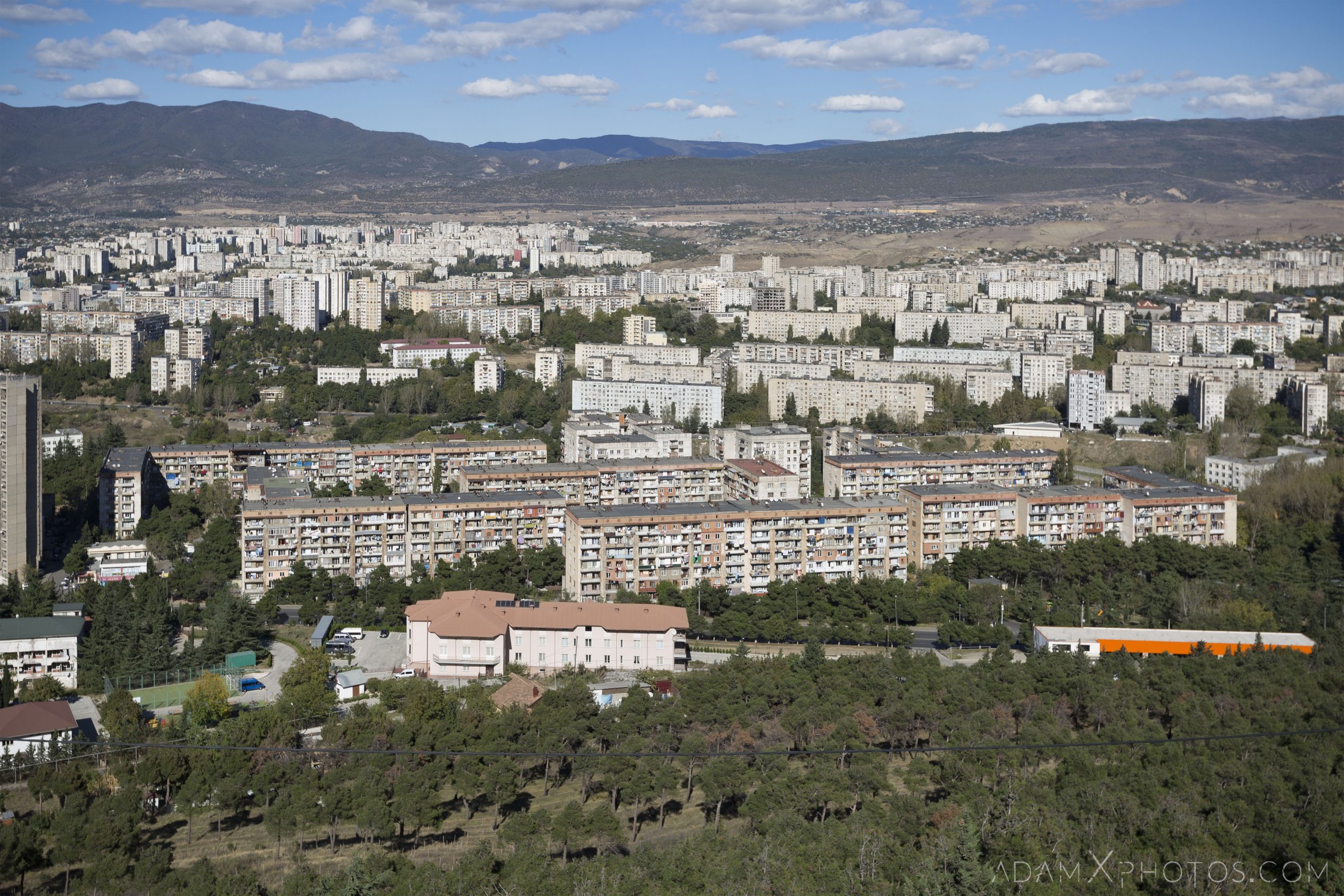 (Also abridged from wiki) The Bank of Georgia headquarters was designed by architects George Chakhava and Zurab Jalaghania for the Ministry of Highway Construction, and was completed in 1975. The 18-story building was acquired by the Bank of Georgia in 2007, and has since undergone complete renovation. 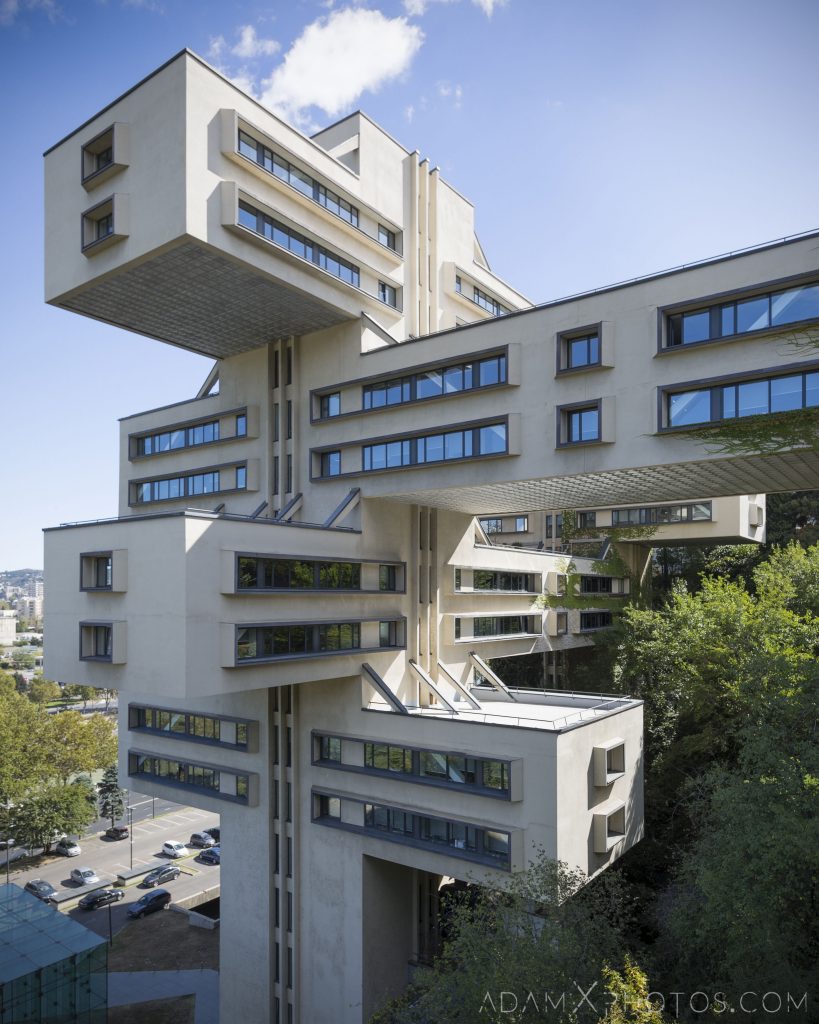