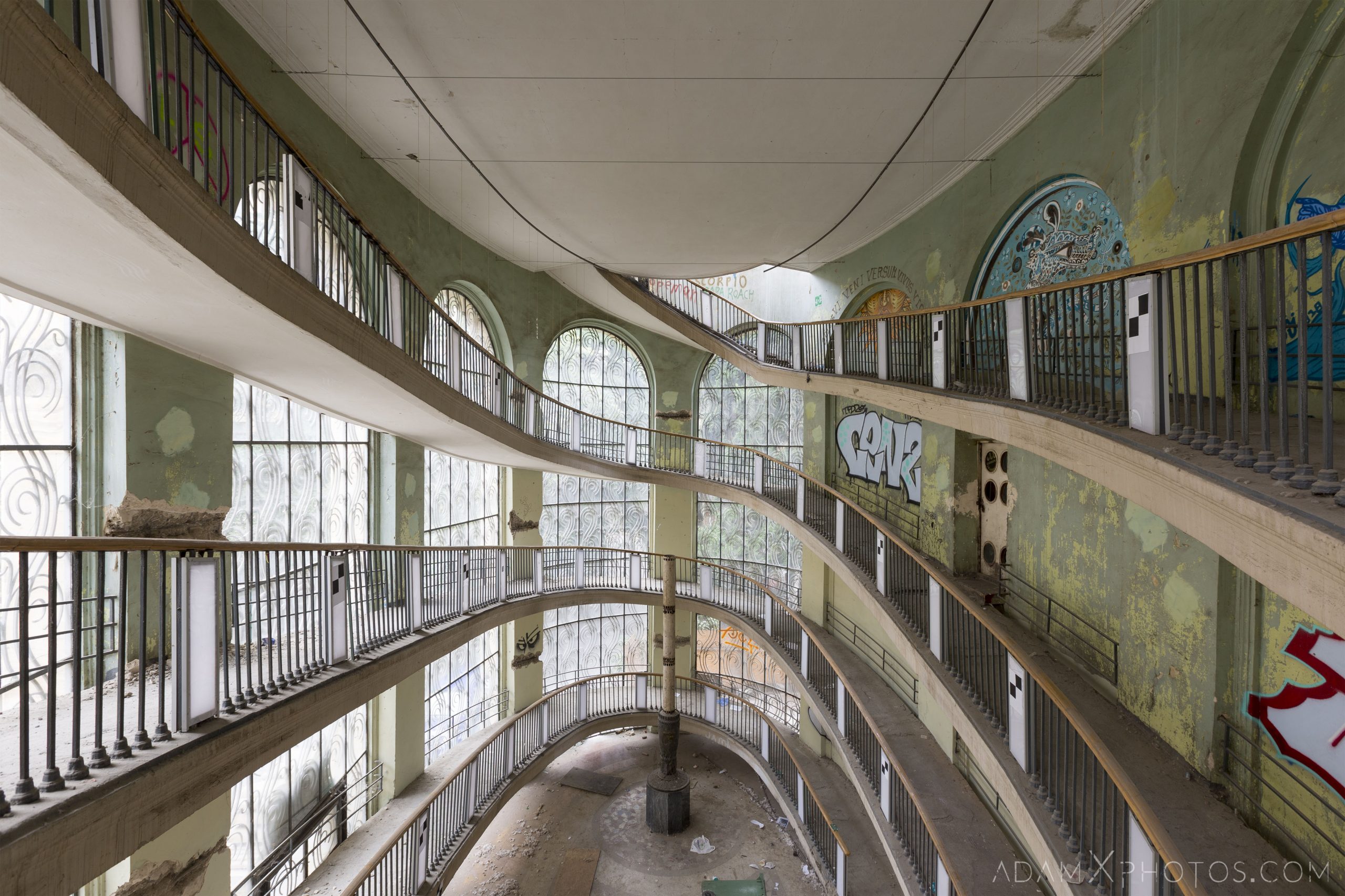 Explore #3 of the ‘Love Bears’ Tour

History (rewritten and abridged from here, here, and here)

The lower station of the Mtatsminda cableway was designed by architect Konstantine Chkheidze, and is set in the grounds of the Academy of Sciences. Construction completed in October 1959, and its design has drawn comparisons with Frank Lloyd Wright’s far more celebrated Guggenheim Museum, which was built in New York in the same year. The station has a sense of space and airiness, with internal ramps following the buidling’s oval shape and outer walls made from orange and ochre Bolnisi tuffa-stone, and windows with a finely patterned metalwork. 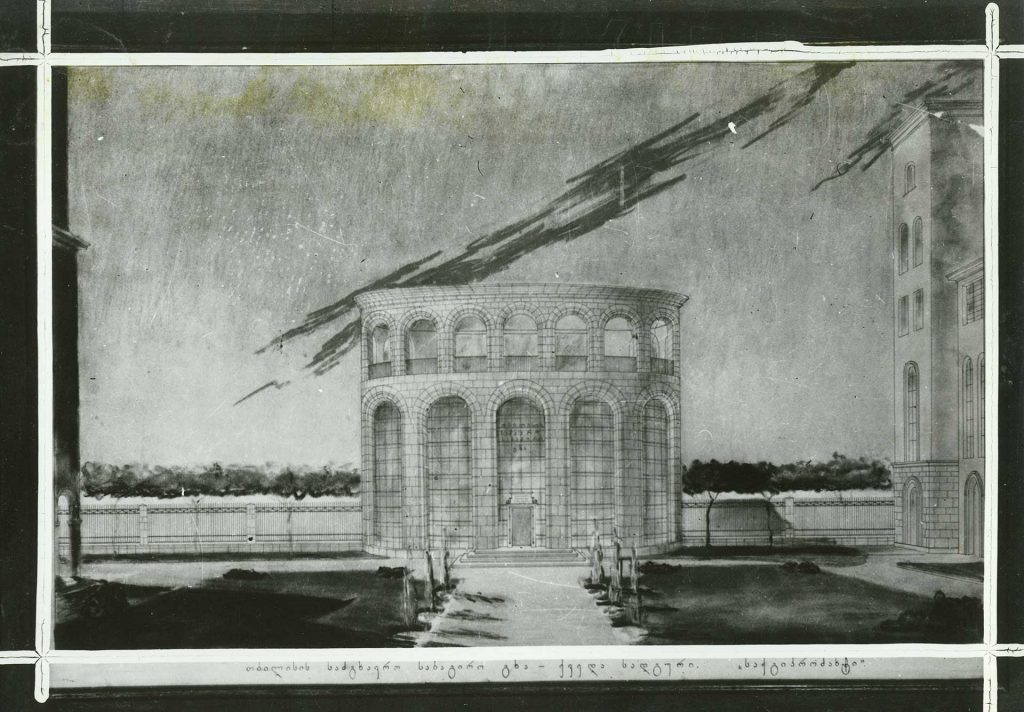 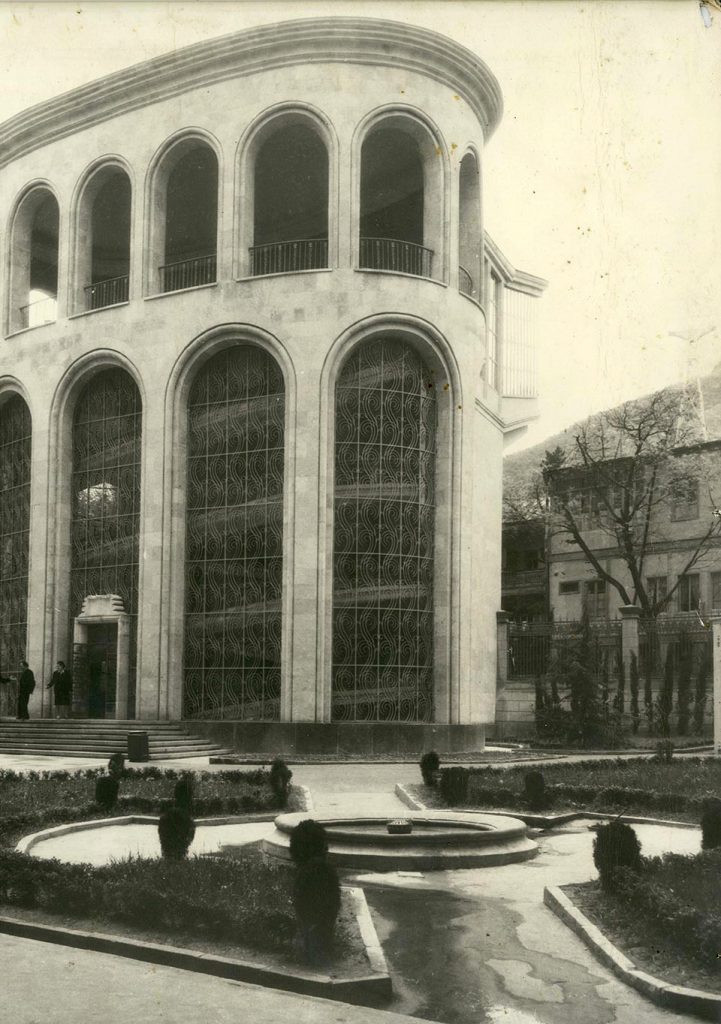 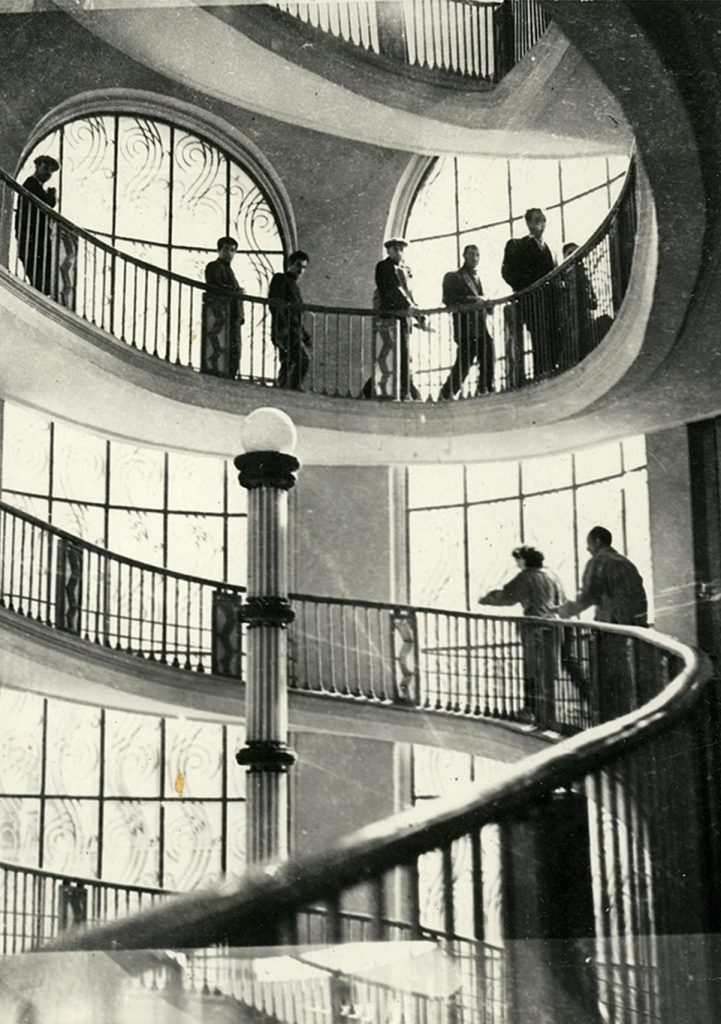 At its peak, the cable car line carried almost 500,000 passengers a year up the mountain to the recreational park of Mtatsminda.

However, tragedy struck on 1 June 1990, with an accident which resulted in 20 deaths and at least 15 injuries. Red gondola number 1 was on its way down from the slope of the mountain, nearing the lower supporting tower, and red gondola number 2 was nearing an upper tower, when the hauling rope broke inside the coupler of the upper gondola. Both gondolas rolled down simultaneously. The lower gondola slammed into the wall of the lower station, killing four and injuring many others. The upper gondola generated a higher speed (the length of ropeway was 863.3 metres or 2,832 feet); on reaching the lower support tower, it struck the broken hauling rope, which was hanging on the tower, causing the cable to tear the gondola apart. 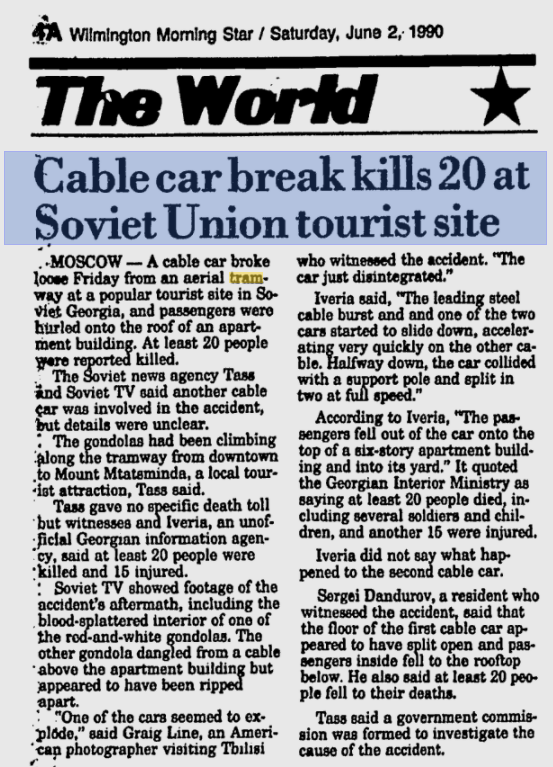 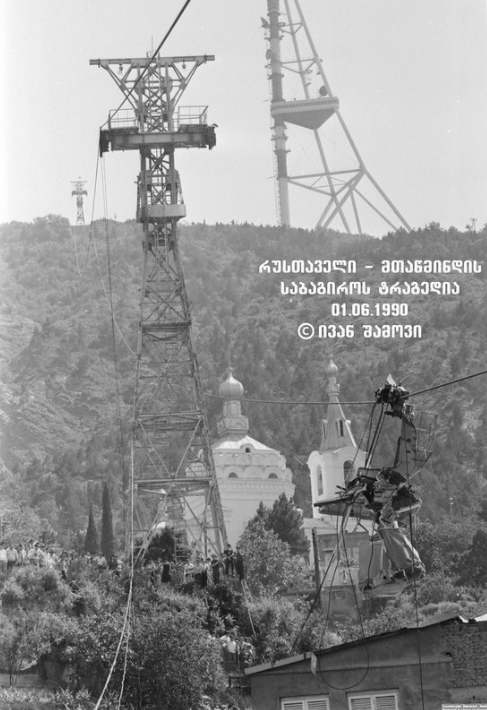 The collision was so strong that the track cable fell off the tower, dangling the cut-open gondola above the rooftops. This also caused the cabin to slide further down, striking the roof of a six-storey building below. This caused even further destruction to the gondola and caused people to fall 20 metres (66 ft) onto the rooftops and ground below. Twenty people were killed and at least 15 badly injured. Most were children on a sightseeing tour to Tbilisi from School Number 5 of the regional town of Akhaltsikhe, to celebrate Children’s Day. Surviving witnesses from both gondolas say that the brakes did not work in either of the gondolas, despite the desperate attempts of guides and passengers who helped them to pull the brakes.

In 1988, two years prior to the accident, the cable car underwent major reconstruction, with the original three supporting towers being replaced with just two. This resulted in steeper climbing angles, and meant that the braking system of the new gondolas did not function properly – while climbing over the upper mast, the braking system would incorrectly engage. The service staff would have to climb on top of the gondola and turn it off manually when this occurred. To avoid this inconvenience, the brakes were just turned off. Additionally, on the day of the accident, both gondolas were over-capacity: the lower gondola had 46 passengers on board, the upper gondola held 47 passengers.

The aerial tramway was never restored. In 2014, the upper station and both supporting masts were dismantled due to planned restoration of the tramway as a reversible gondola cable car, running from a relocated lower station. The old lower station, due to its unique architecture, is a cultural heritage object.

This was a a brief but enjoyable explore of a forgotten architectural gem. We were also accompanied by a couple of local dogs, who seemed equally interested! 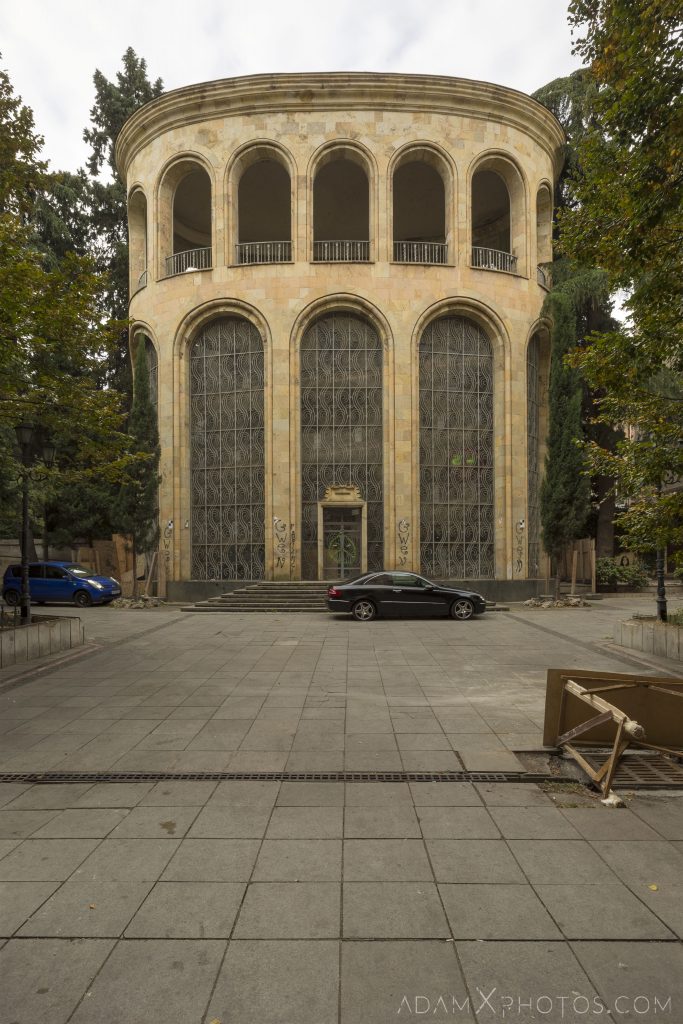 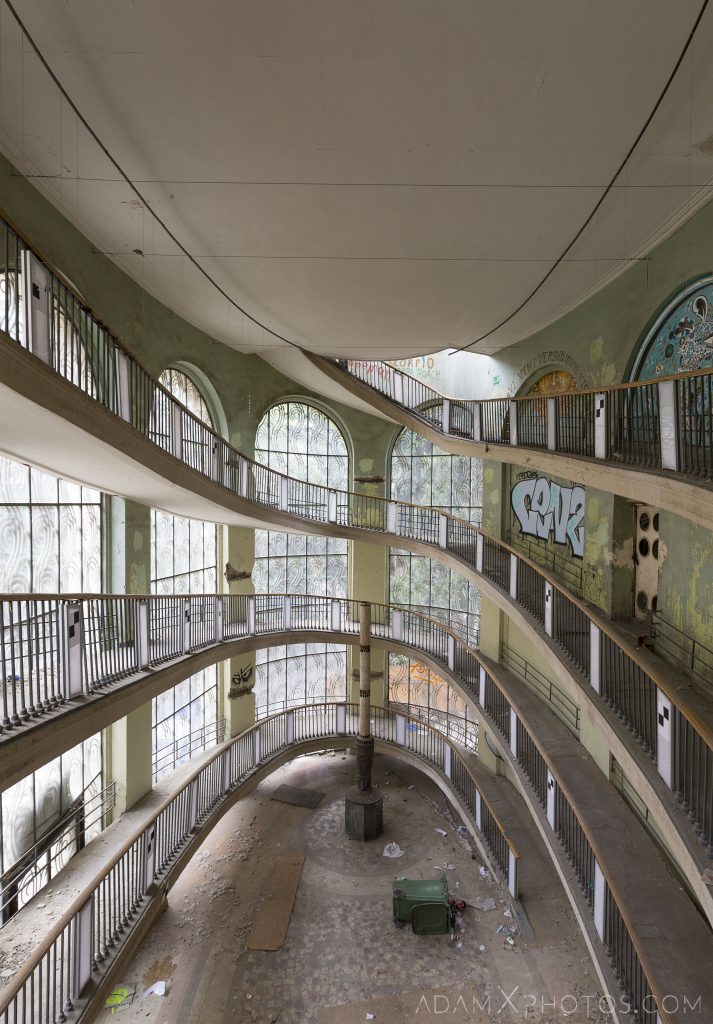 The cable car platform on the top floor… 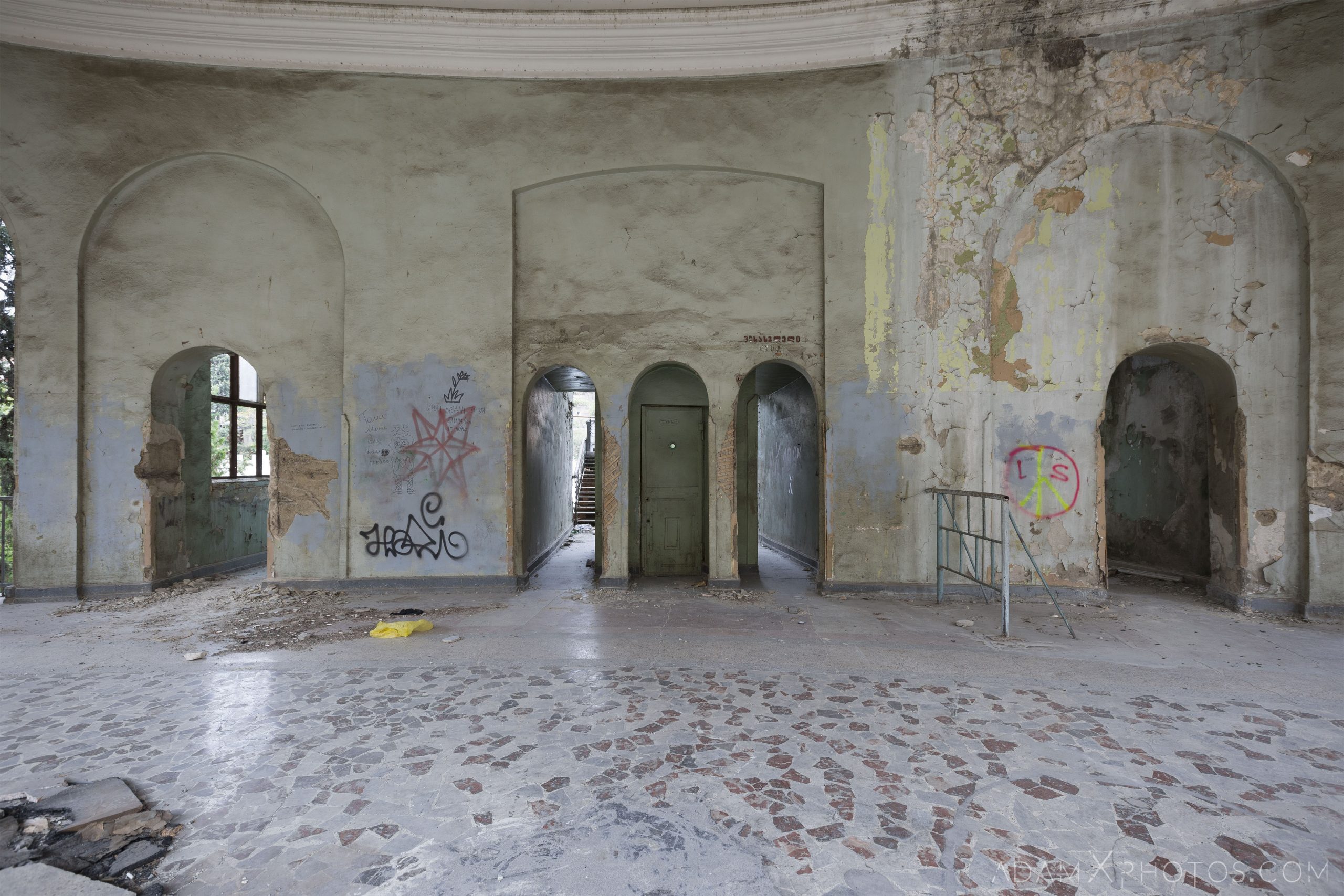 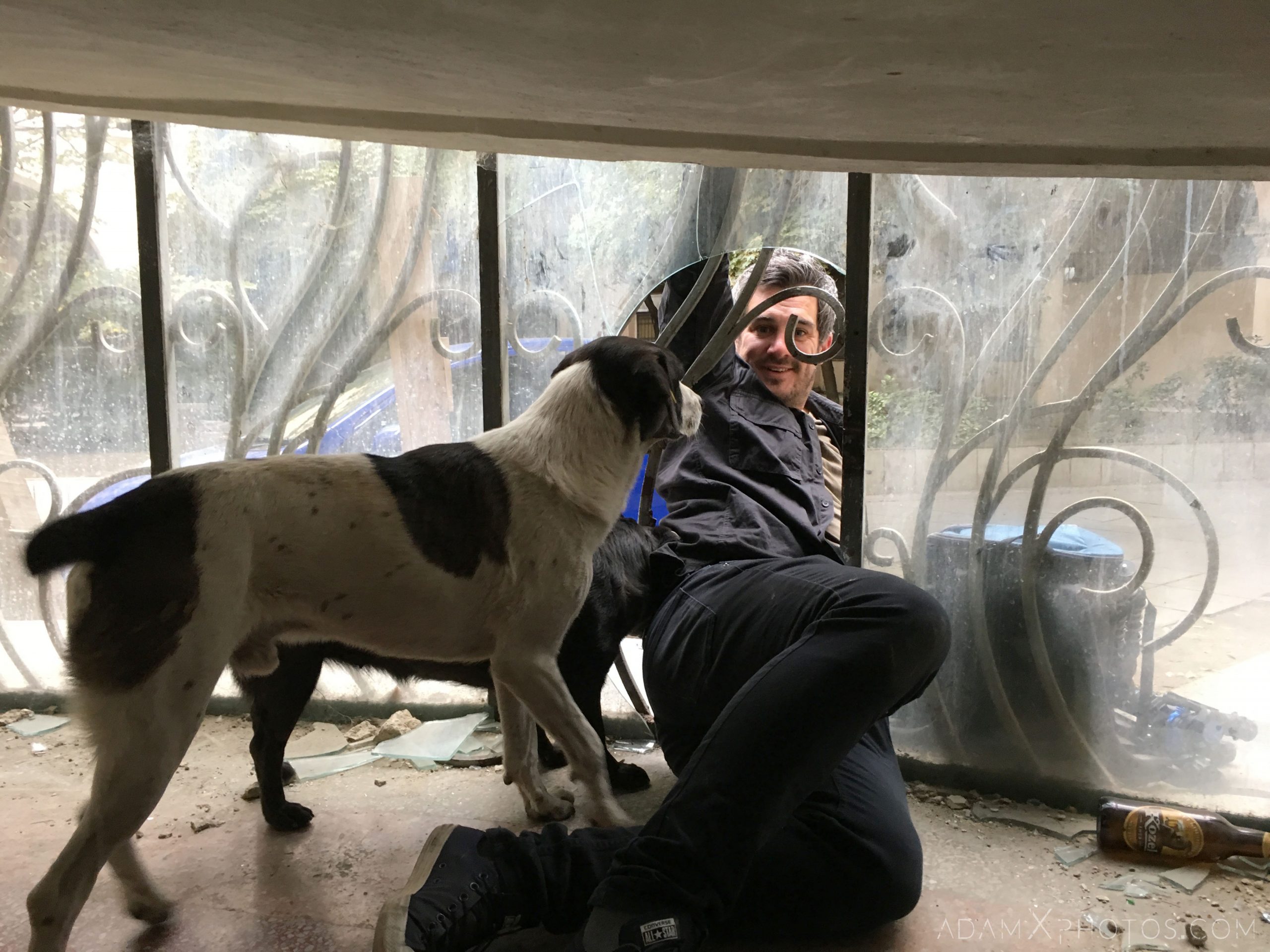