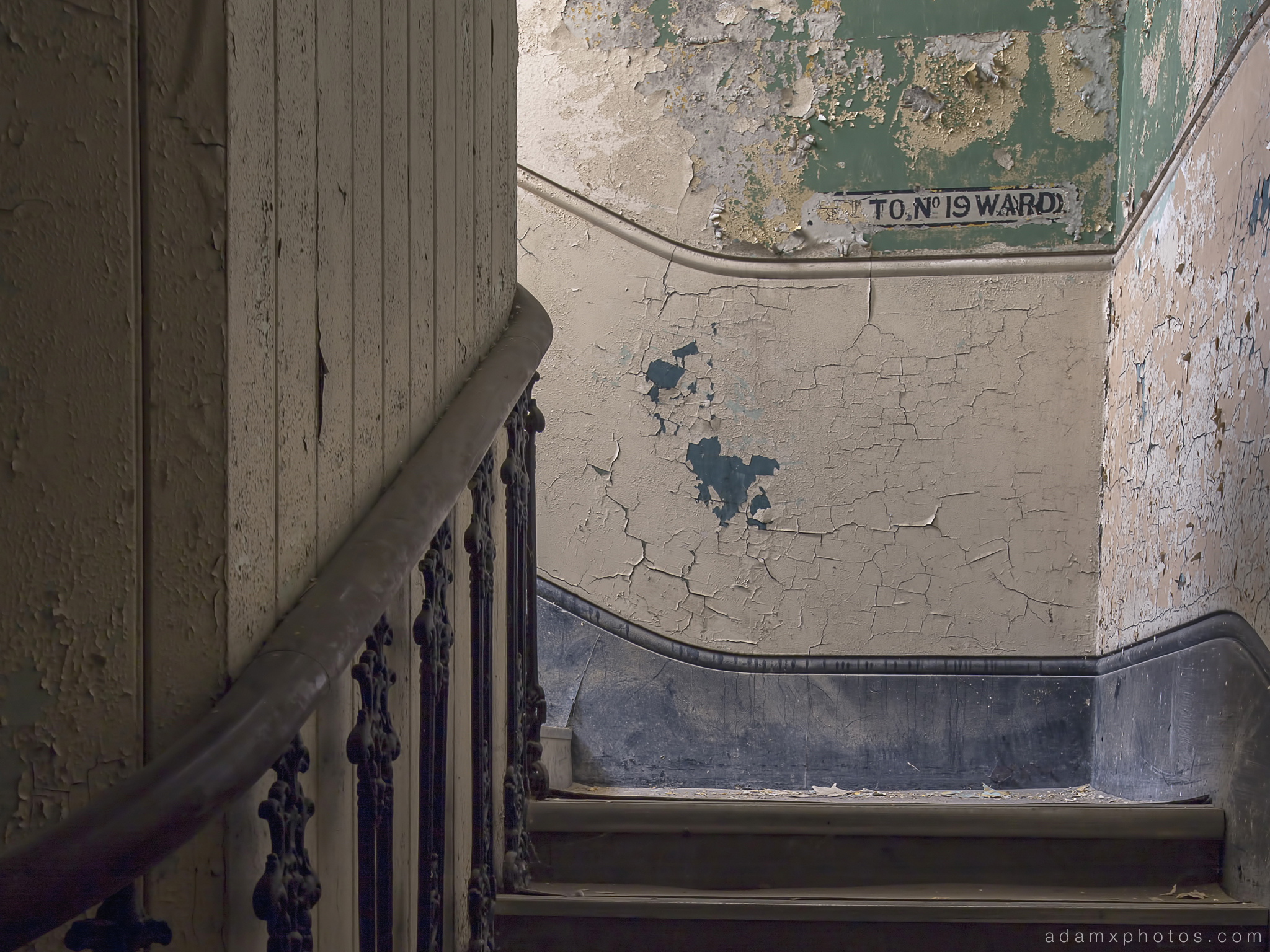 I had unfinished business at this large site, after my first visit to CMH in March 2014 ended with being busted after I had only explored the maternity wards.

History
The Cambridge Military Hospital, built by Messrs Martin Wells and Co. of Aldershot, was located at Stanhope Lines. It was named after Prince George, Duke of Cambridge and opened on 18 July 1879.

After the Second World War, with the decline in importance of Britain’s military commitments, civilians were admitted to the hospital. It pioneered the supply of portable operating theatres and supplies for frontline duties. The hospital also contained the Army Chest Unit. It was closed on 2 February 1996 due to the high cost of running the old building as well as the discovery of asbestos in the walls.

Our Explore
These days CMH is guarded by (in)famous ghurkas, renowned for their explorer-intercepting skills, and it is also not uncommon for police dog training exercises to be carried out in the hospital’s grounds. My regular exploring buddy James of James Kerwin Photographic and I therefore made a nice early start, and had found a way inside by first light.

We started off with exploring the x-ray wards. I tried to be as quiet as possible, as the outside wall of the unit is perilously close to the guard hut. Cheeky x-ray selfie had to be done! 🙂 We then managed to find a way into the main part of the hospital, which as you will see is fairly stripped out. I’ve heard that the whole building has now been rigged with alarms since we visited, so I’m glad we got it done when we did. One of the old wards. I loved the faded colours of this stairwell… …no you’re not seeing double, the sign had been badly painted over! We then capped off a highly successful explore by working out a way through perseverance and teamwork up into the large central clocktower – as you can see the view from the top was fantastic. And I leave you with a team shot of “The Toxic Twins”! 😉

Finally it was time to go – unfortunately in the middle of a torrential rainstorm, so not the best timing. The only saving grace was that it seemed to shroud us from security who were very close by – luckily we saw them without them seeing us, and we made a clean escape!

Thanks for checking in.