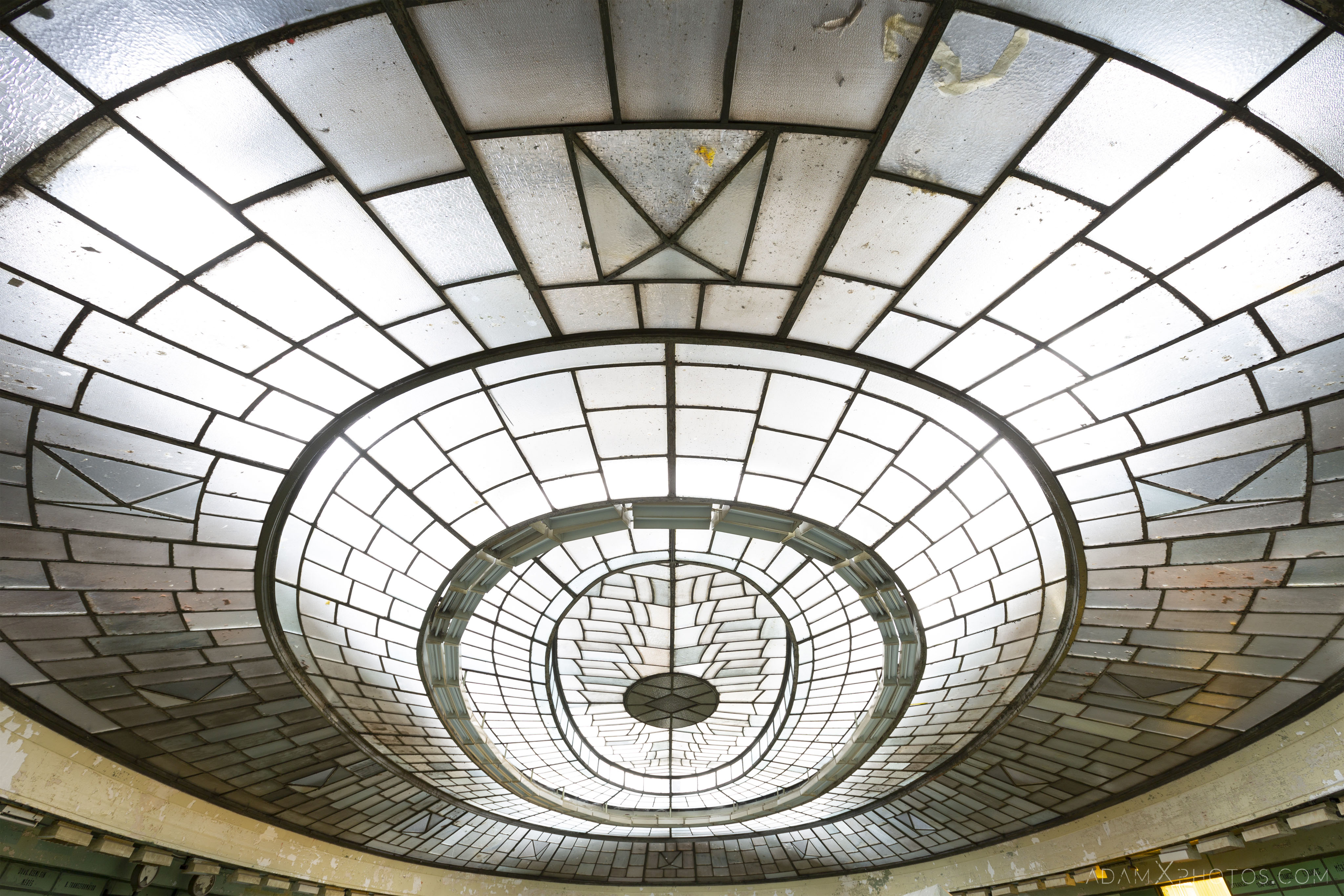 Explore #2 of the ‘Lightweights & Heavyweights’ Tour

Firstly, my apologies for the delay since my last post. I’ve recently started a new job, and it’s been a tiring (but good) end to 2019. I’m hoping to catch up on a few more posts from the backlog during the forthcoming Xmas break…

Alarm clocks were set to Ouch O’Clock for a painfully early start to day two of our Eastern European long weekend, but our anticipation couldn’t have been higher. This location truly was top of my bucket list of abandoned places that I had yet to see…

History (abridged and rewritten from here and here)

Situated in Budapest on the less fashionable Buda side of the Danube, Kelenföld Power Station was built in 1914 and was once Europe’s most technologically advanced power station. In the 1930s it supplied electricity to the whole capital, and the other parts which are still in use today provide approximately 60% of the City’s power.

The plant’s buildings were designed by architects Kálmán Reichl and Virgil Borbíro, and are protected under Hungarian law as an ‘industrial heritage edifice’, which prevents them from being demolished, but also from being restored.

Its stunning Art-Deco control room was added in 1927 and is unparalleled in grandeur, having miraculously survived the ravages of the Second World War unscathed. Since 2005 it has lain largely forgotten and disused, save for the occasional use as a filming location for movies such as Spy, The Chernobyl Diaries, and World War Z.

Our Explore
We knew that the disused part of the plant still has security on site, so made sure that we arrived early on a Sunday morning. We were stunned to be greeted by… the final throes of an all night rave in the park next door! There were revellers sleeping in their cars, others stumbling around looking the worse for wear, and yet more still dancing well after dawn! It was certainly not the inconspicuous arrival we had planned, but we hoped that the noise of the pumping music might provide us with some cover.

A painstaking half an hour later we had crept our way onto the site and were inside the target building. We could see the staircase we needed to take to get to the control room upstairs, but it was across several metres of open ground, with the security guards facing in the opposite direction perhaps 30 metres past that spot! If they heard us, or happened to turn around whilst we were crossing no man’s land, then we were caught. We waited it out in the shadows of our hiding spot, but it became clear that security wasn’t likely to be moving any time soon. So we decided to split into pairs, and waiting for particularly loud sections of music from the still-progressing rave next door, we then made our crouching dashes to the stairs. We made it! Soon we pushed through a pair of telltale green doors, and were greeted with our goal… 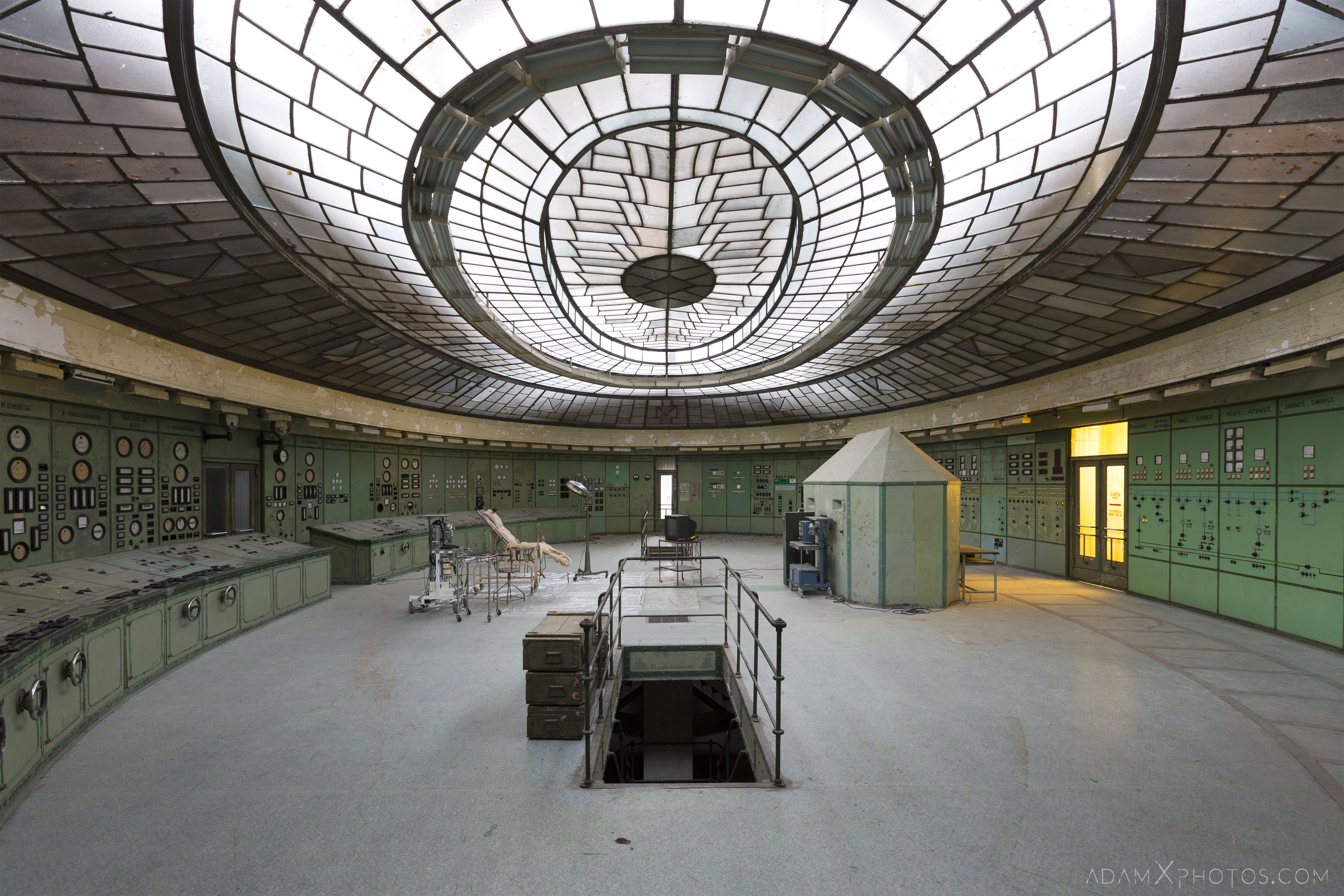 Our immediate reaction was “What is that STUFF doing in here?”. We had arrived whilst some sort of horror film was obviously in the process of being filmed! So obviously we had to grab a few shots of ourselves in the torture chair! 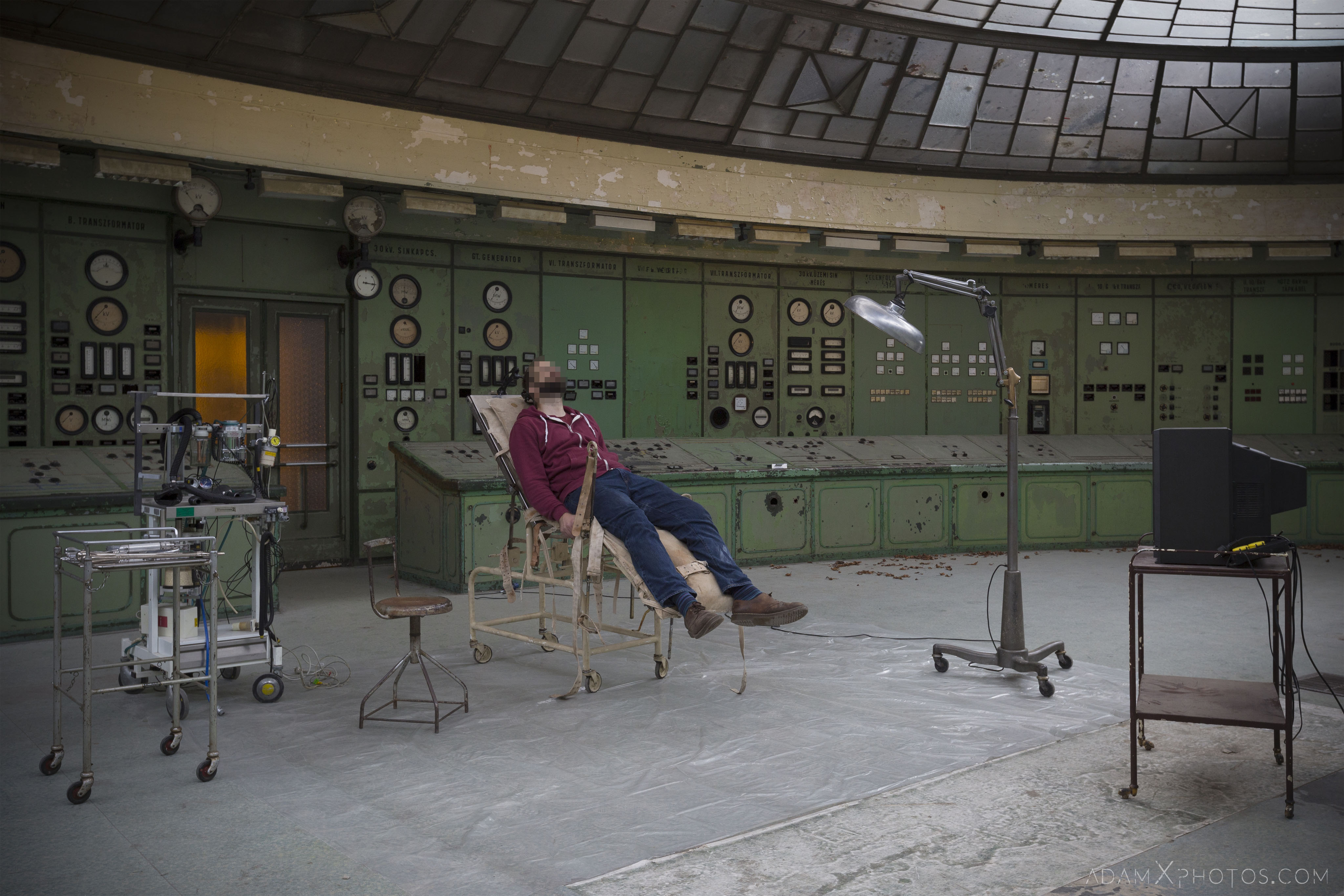 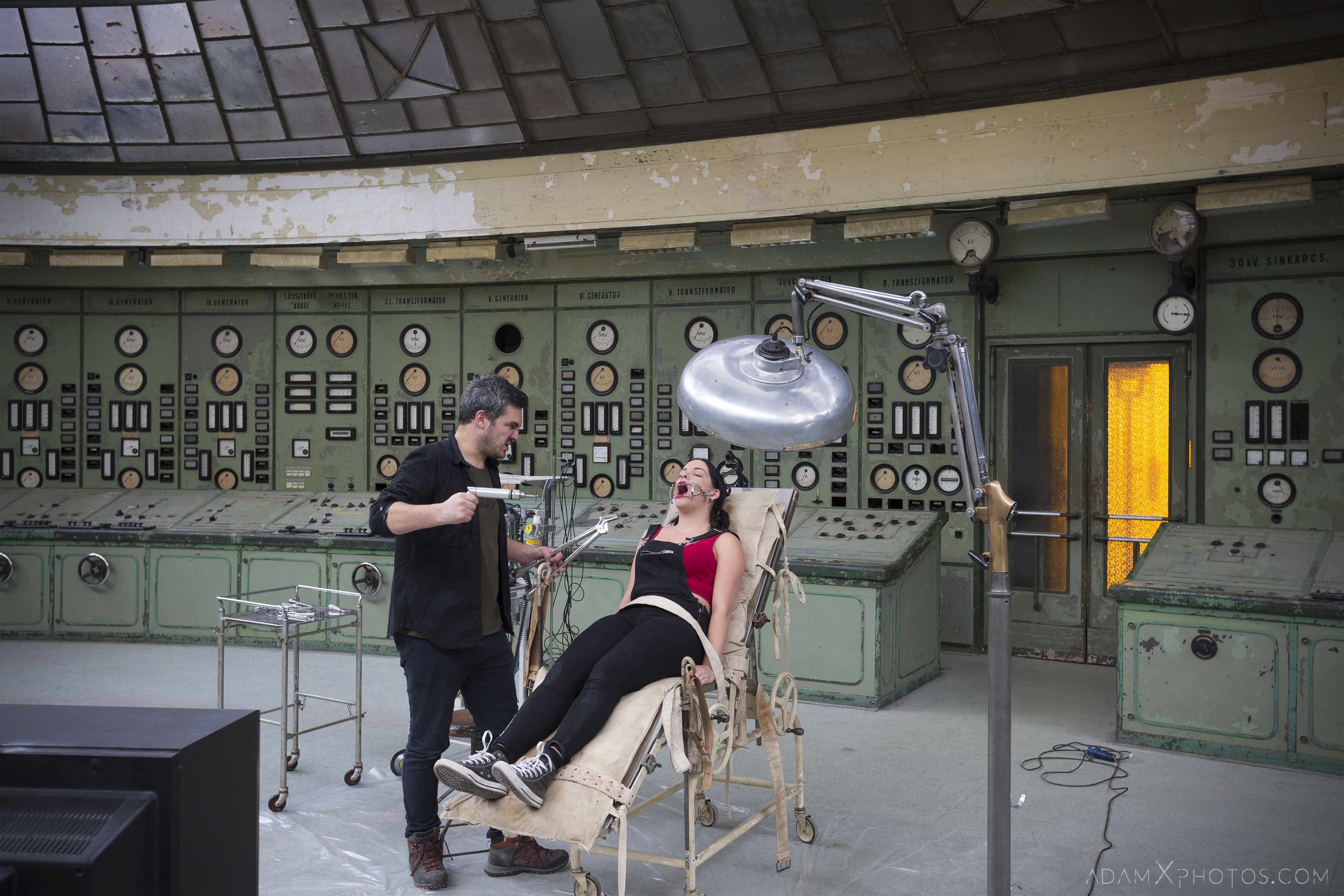 We didn’t *think* that the film crew were likely to be shooting on a Sunday, but we couldn’t be certain, so we cracked on with taking our photos… 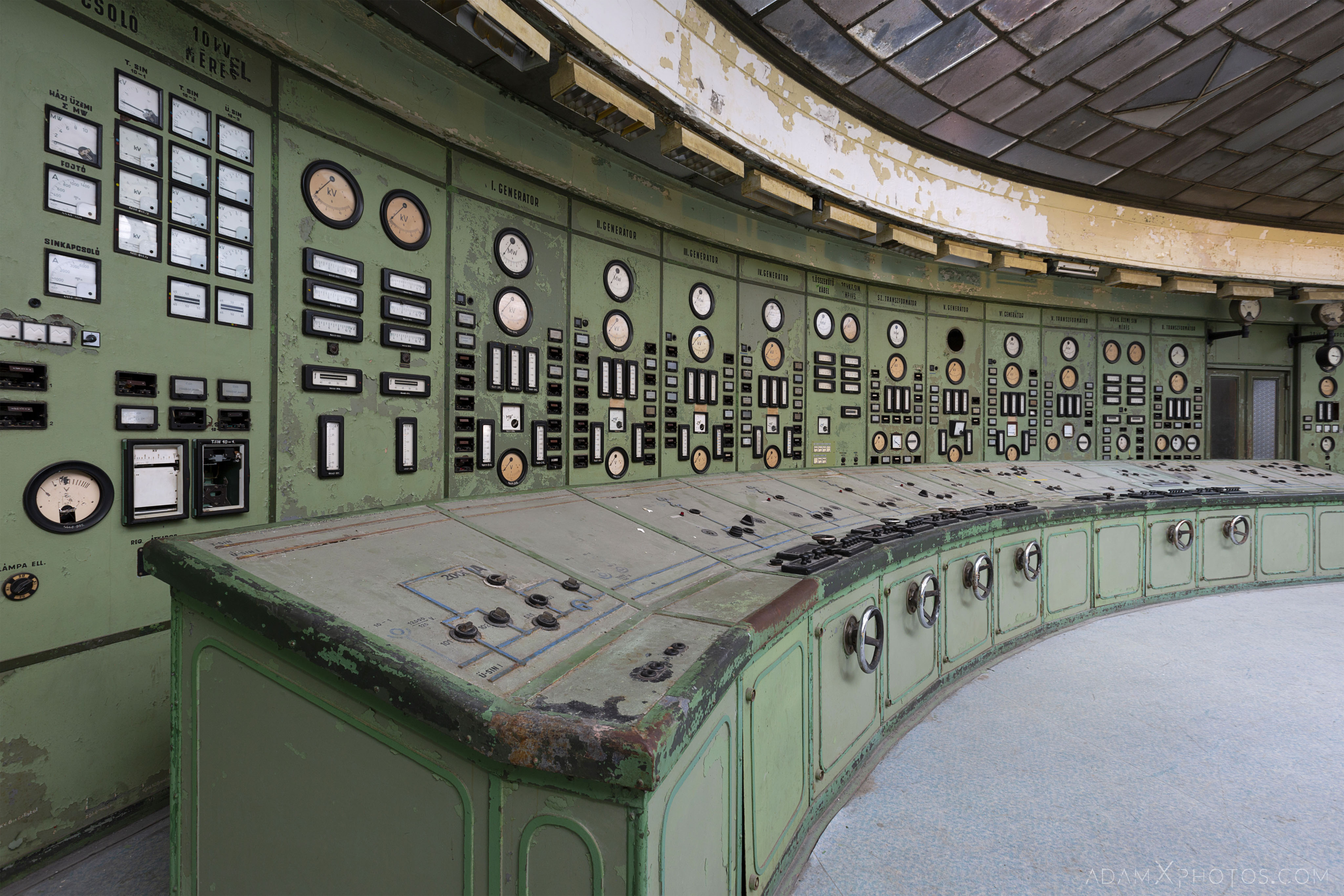 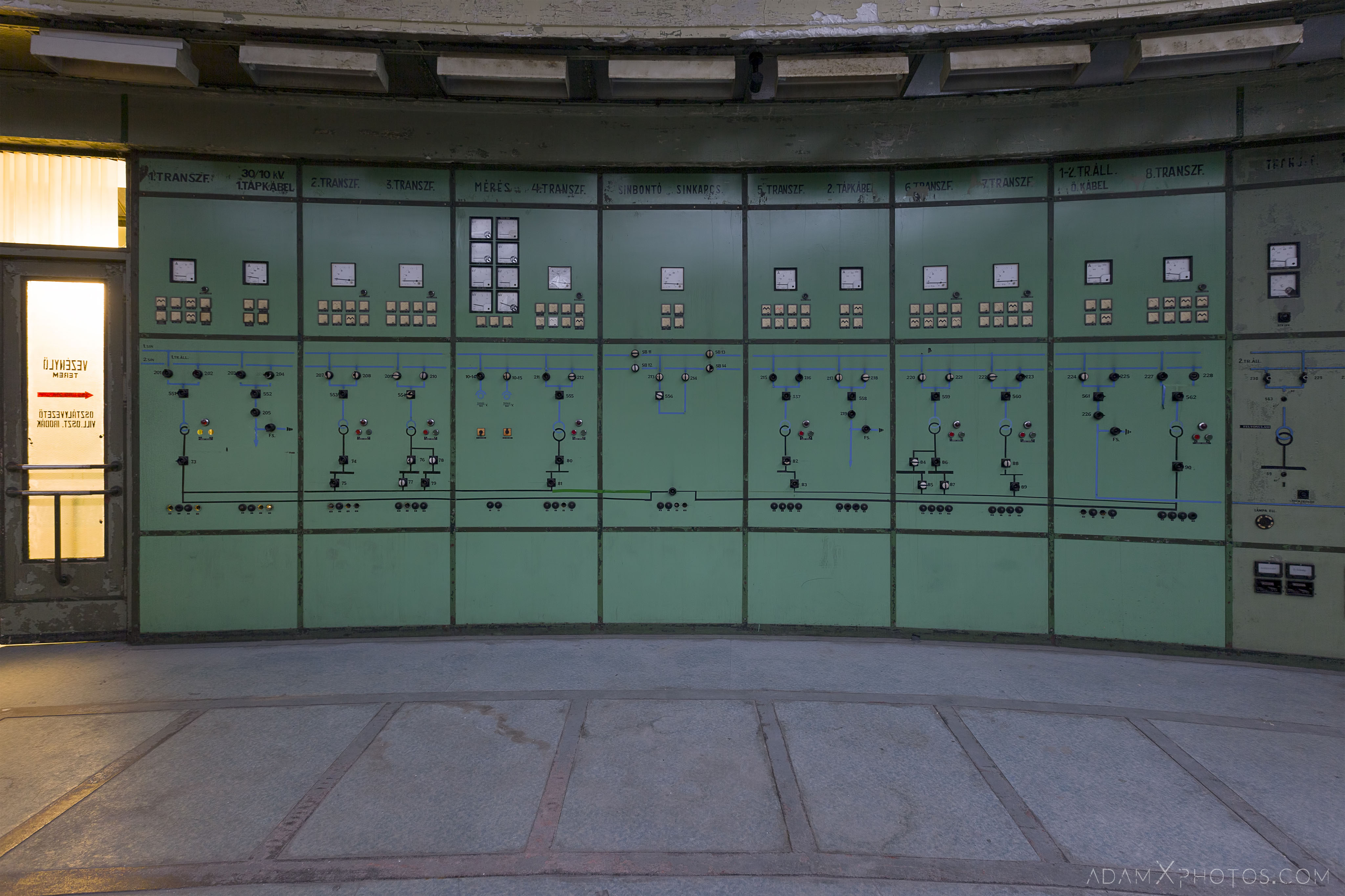 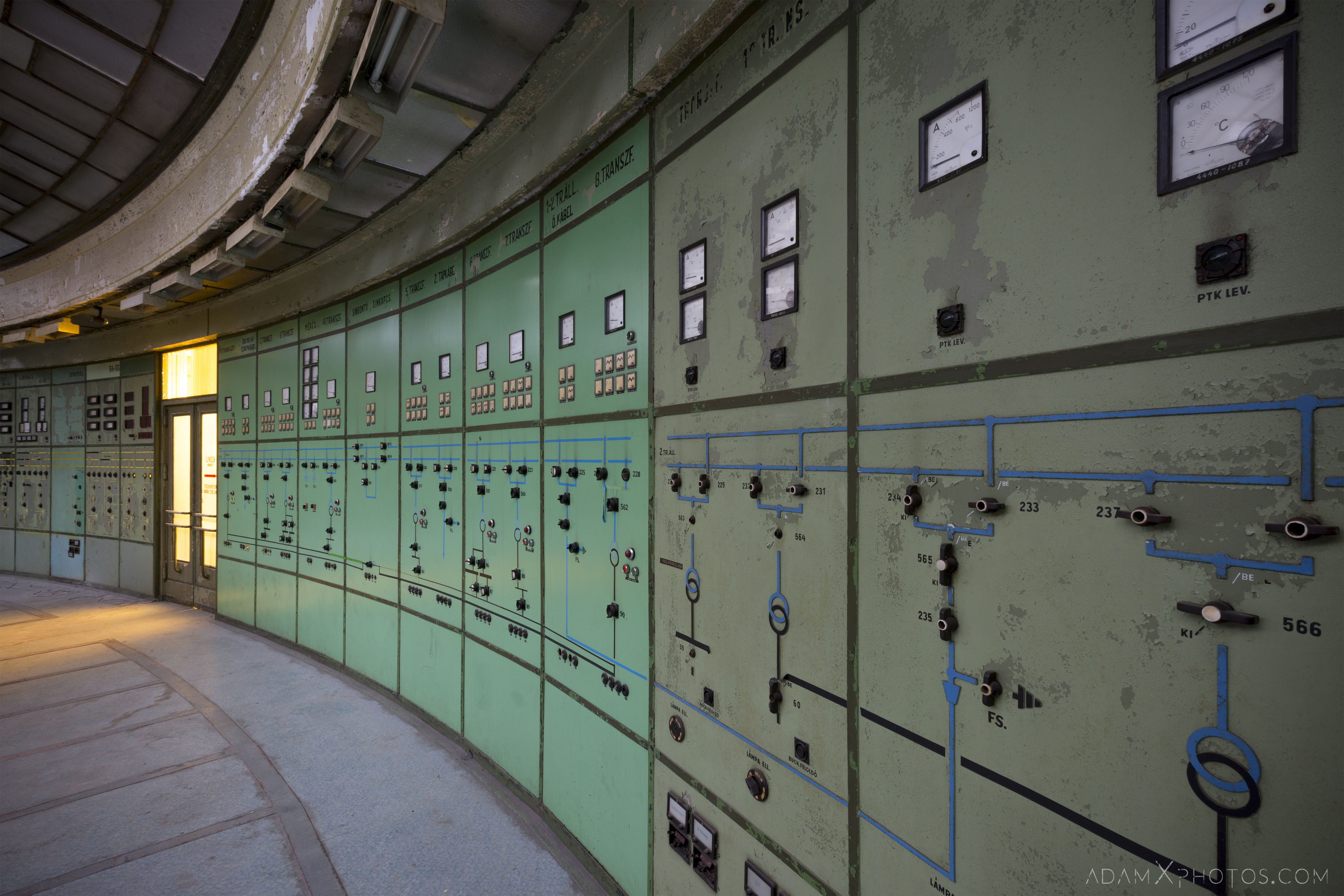 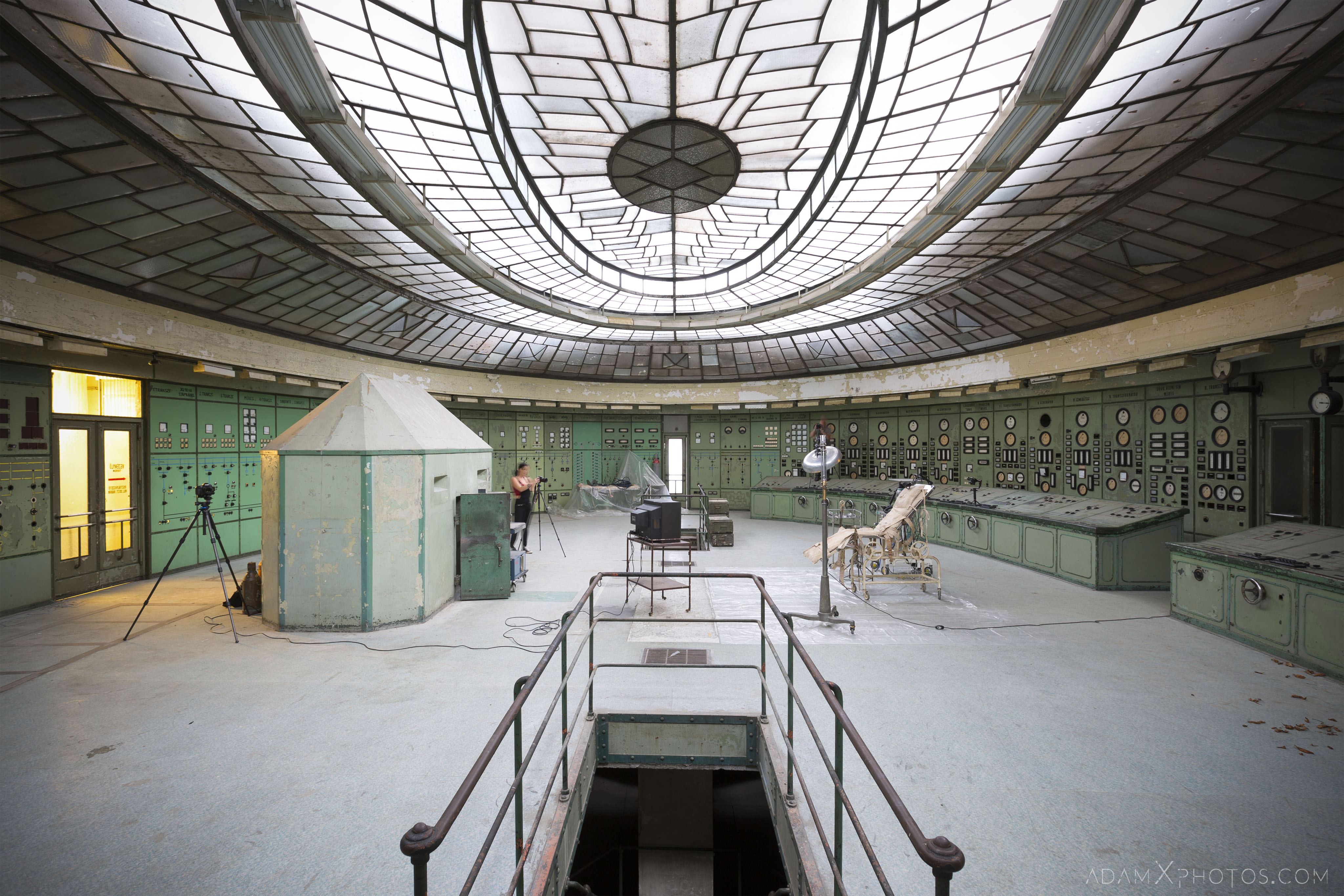 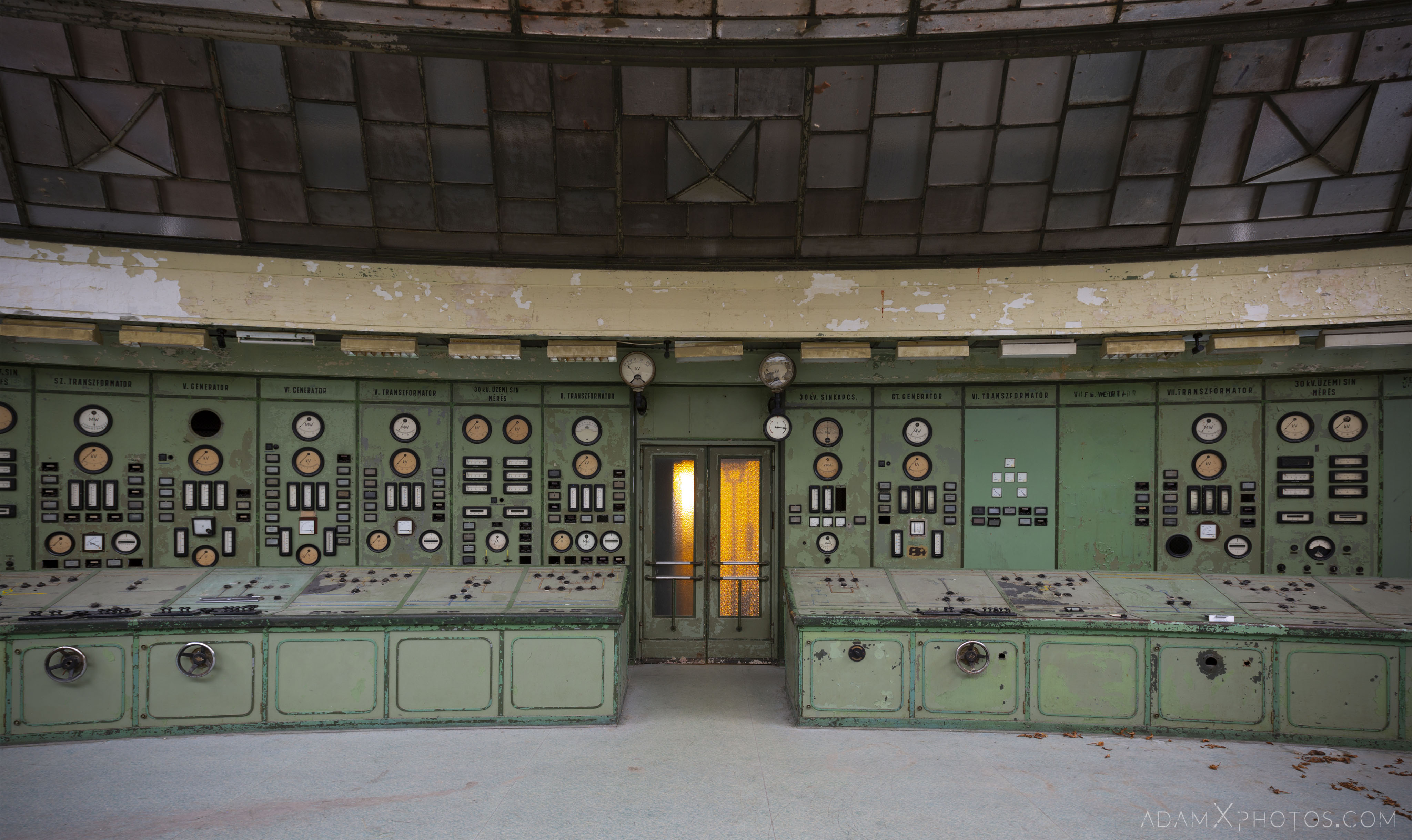 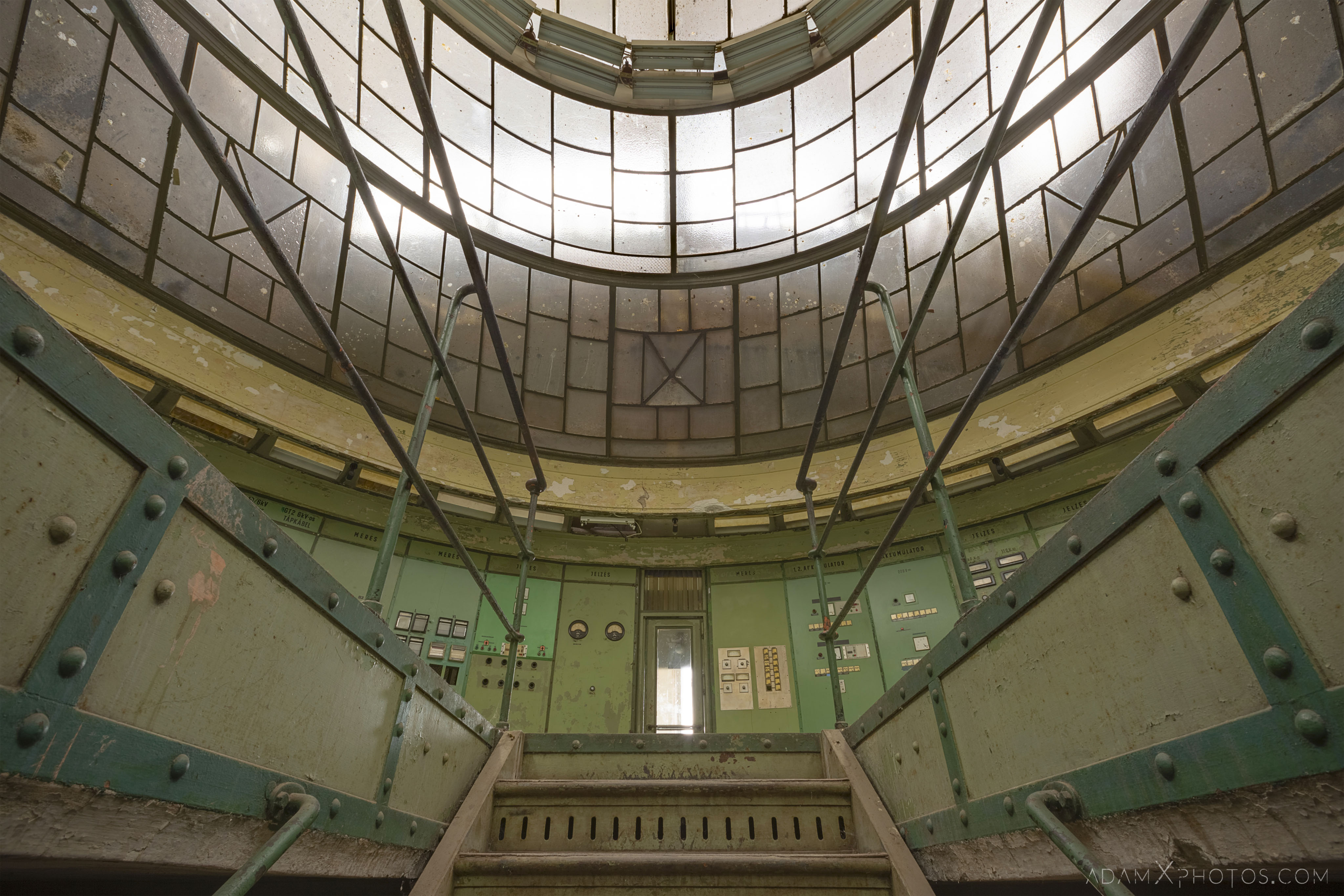 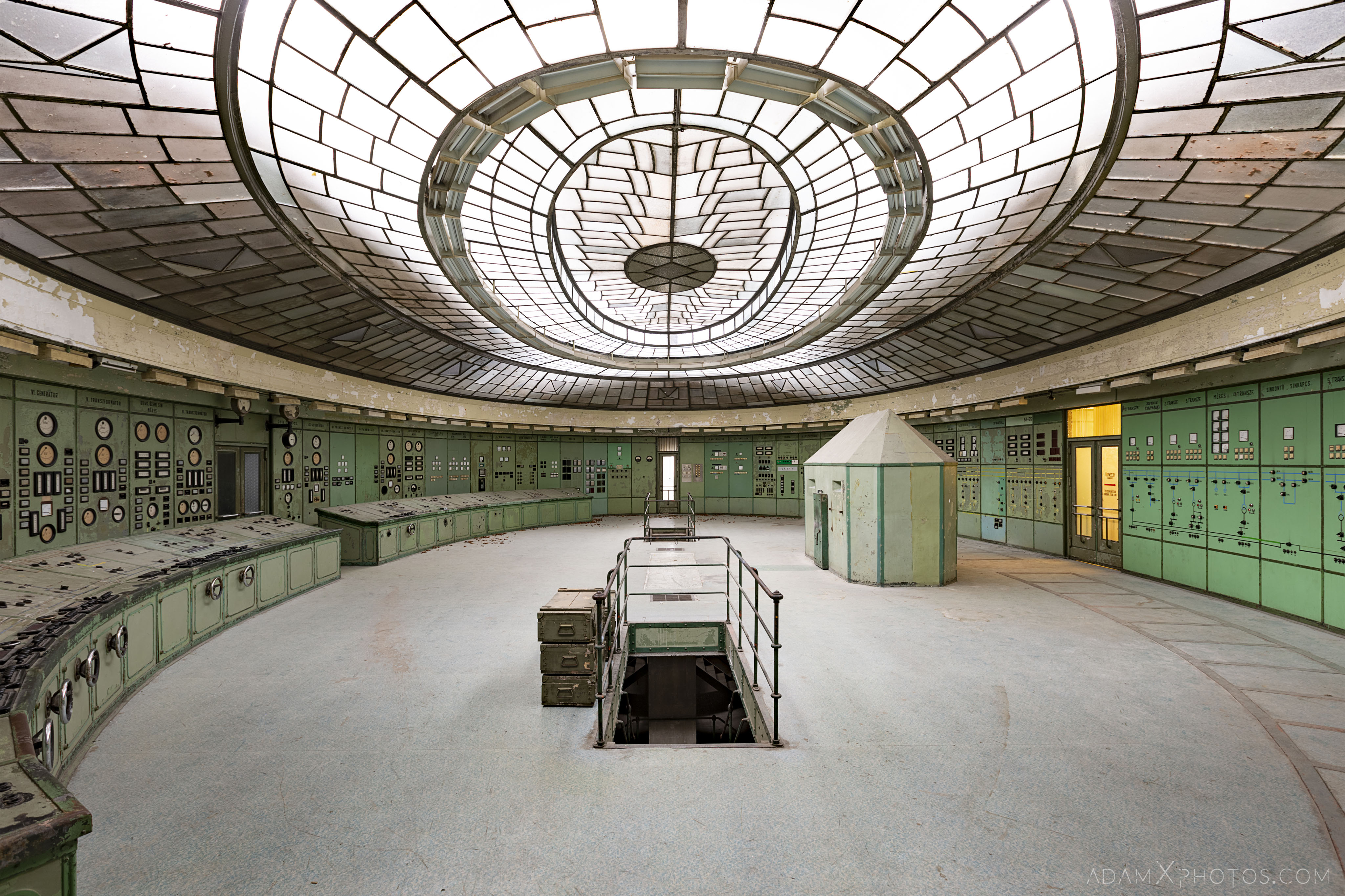 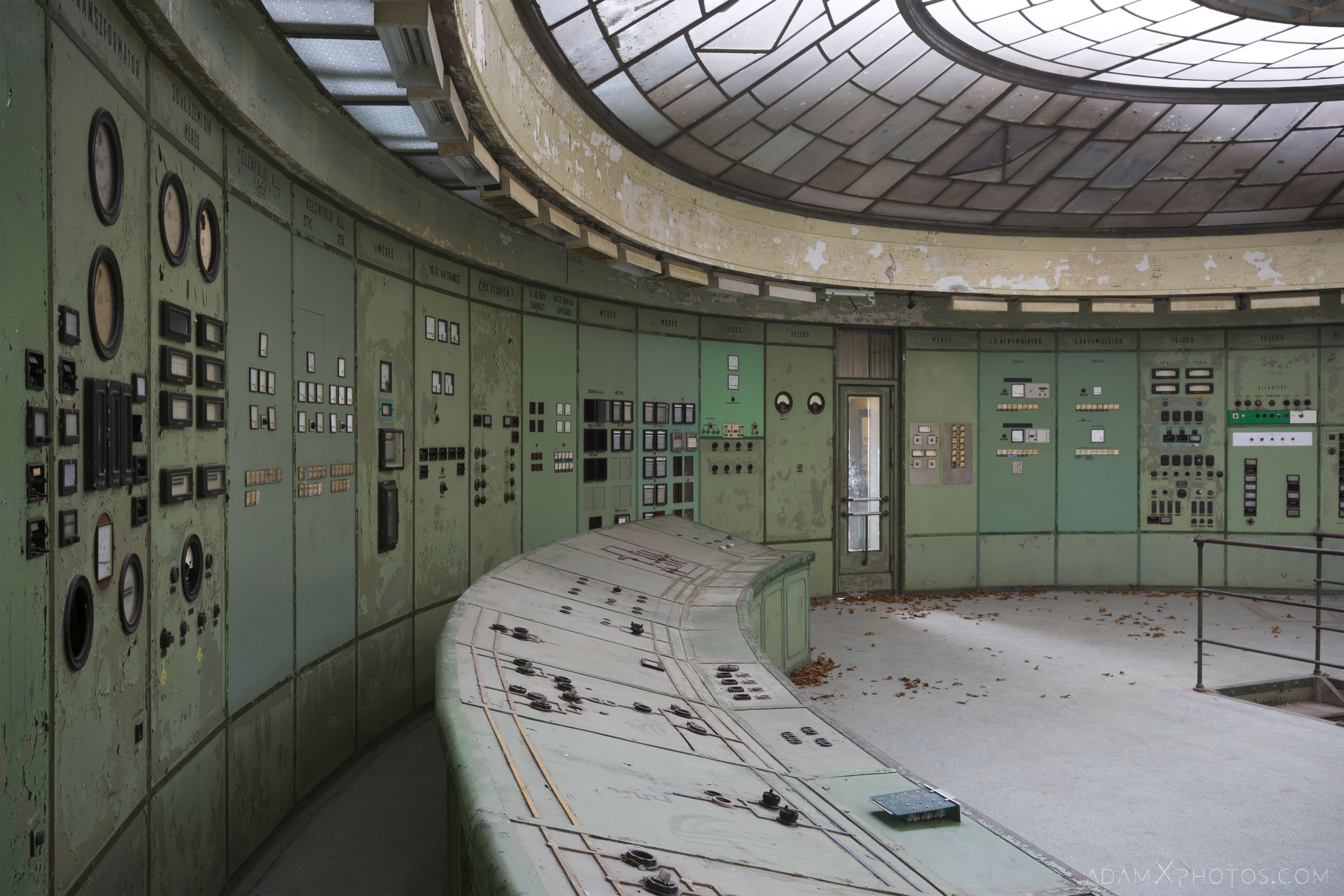 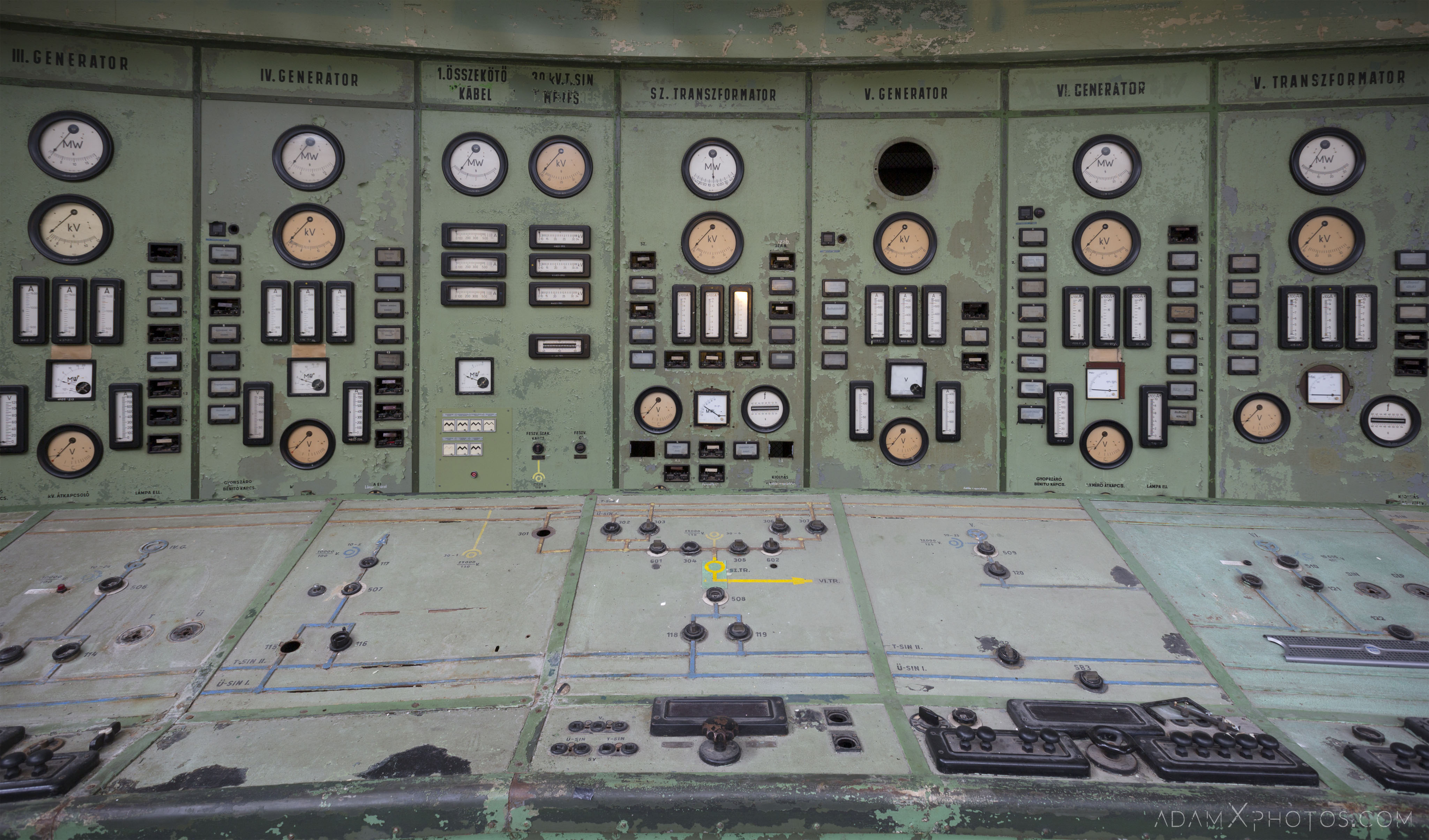 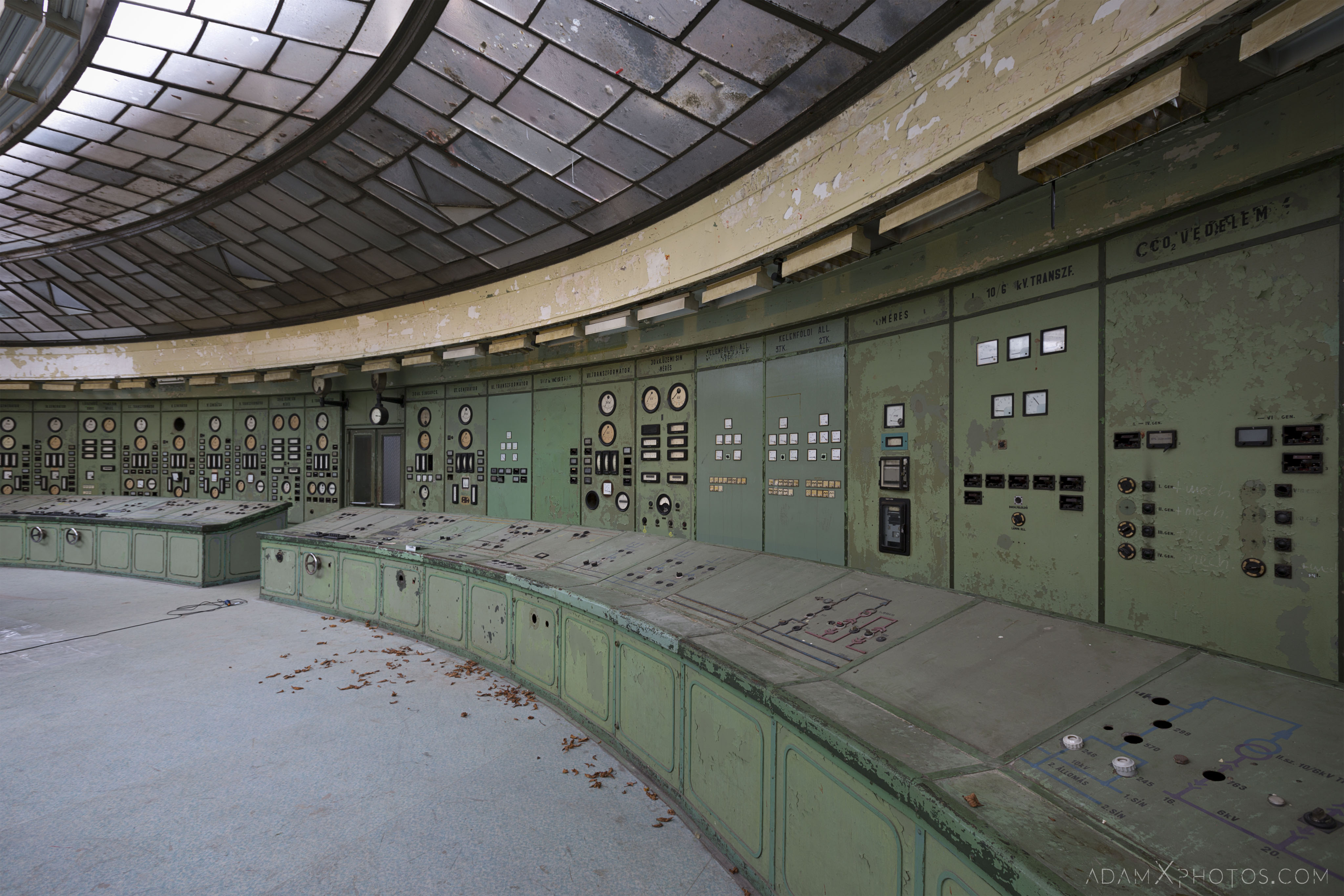 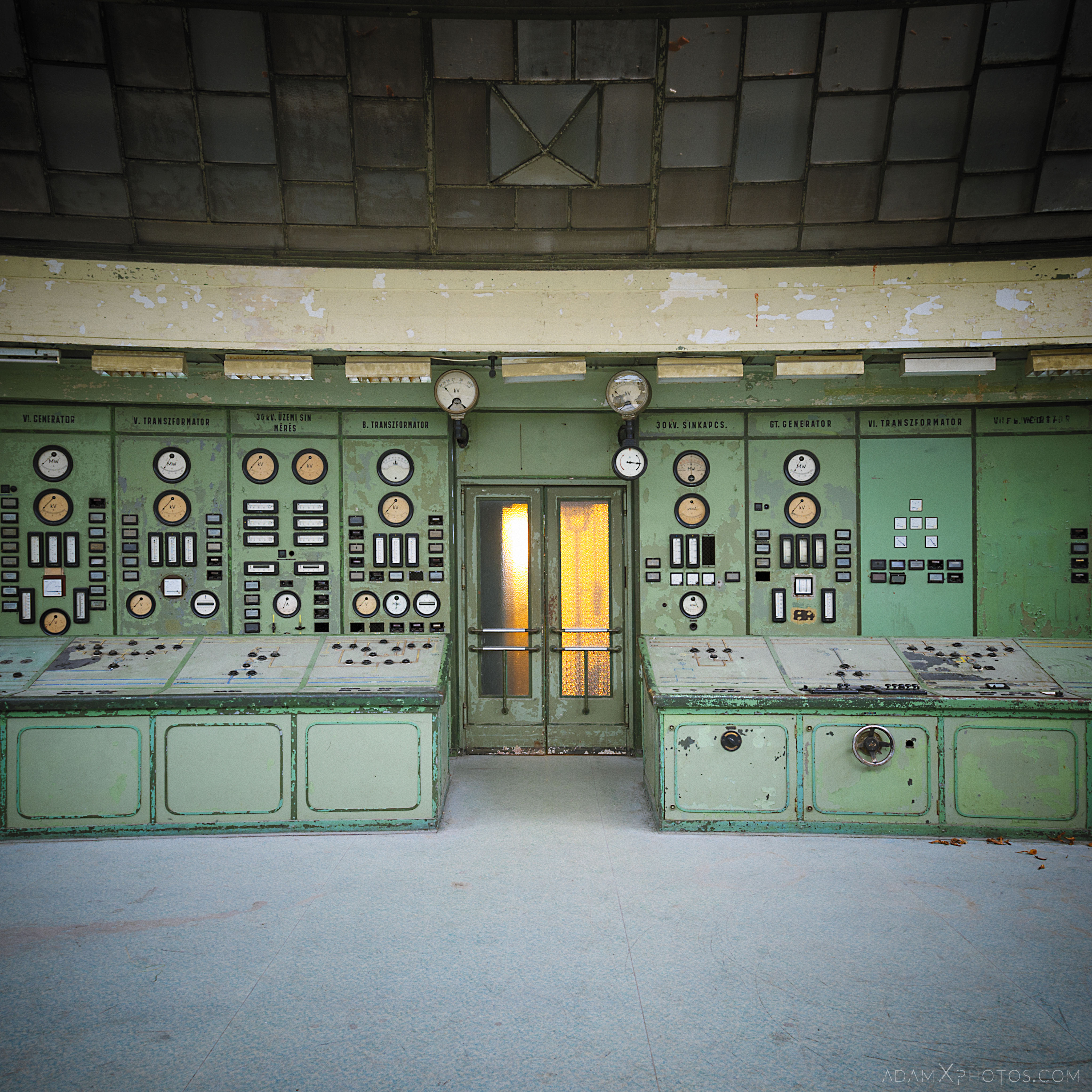 All too soon we decided that we had better put the film props back in the positions that we’d found them, and get out of there! I am so grateful to have managed to witness first hand such a truly unique and beautiful piece of industrial heritage. The phrase “They don’t make ’em like that anymore” can be overused, but in this case it really is true.

Thanks for stopping by, hope to see you again soon.
Adam X