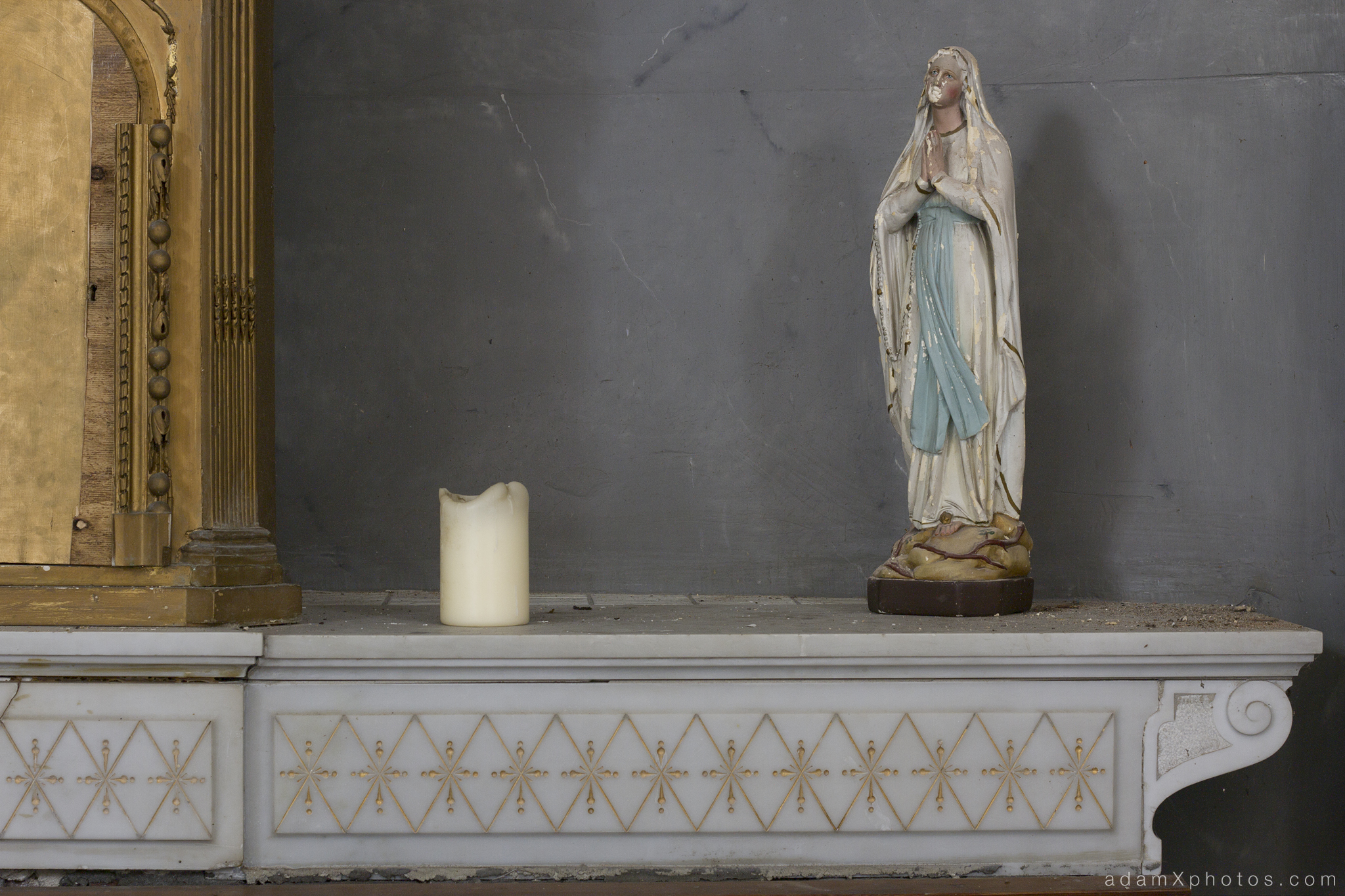 Explore #12 of the Gigawatts & Megalolz Tour

After our early start at the Alla Italia spa, we made a quick stop at this Boeing 707 which used to be owned by the president of Benin. In 1992 he landed at Ootende in Belgium, and it never left!

A local politician bought it, and it looks as if he’s in the process of turning it into a tourist attraction?! We had a little nose around, but after setting off an alarm twice we decided to put it on the “one for another time” list!

And so we cracked on to the last location of the weekend: an abandoned house called Villa Wallfahrt… or so we thought! Upon arrival, Dan (who had been before) looked puzzled and said “This doesn’t look like where we parked last time. But it does look familiar”. A quick message to another explorer friend at home confirmed that Villa Wallfahrt was in fact a hundred miles away! So what was this mystery location that we’d got the co-ordinates for? Well it turned out to be a far better explore than Villa Wallfahrt, so was actually a massive stroke of luck! It looked familiar to Dan because he’d been here before as well, so access was not a problem – although anyone who’s been here will know that it’s certainly fun and unique! 😉

Chateau de la Chapelle is a large house surrounded by a moat, somewhere in the Belgian countryside. It is in relatively good condition, although as is often the case with such places the decay does get exponentially worse with each floor up. The Chateau owes its codename to the small chapel which is built within the house.

We only had just over an hour to make a quick run around here, so I was more than happy to pay a more leisurely revisit during the Taking The Piscine Tour a month or so later. I’ve combined my photos from both visits into this one report…

As always click on a photo to [VIEW LARGE]

The impressive exterior, viewed from the garden.

We made our way up into the attic…

…and out onto the roof. We were pleased (although also puzzled) to see that the roof seems relatively new. Water ingress is usually the main accelerant to building decay and collapse, so hopefully this will keep the Chateau in a decent condition whilst its fate is decided.

By now we were running SERIOUSLY short on time to catch our ferry – so I grabbed this quick shot of the basement and we legged it… only to end up hanging around at Calais for a couple of hours after our ferry home was delayed!

But still it was a great end to a wonderful long weekend of successful exploring in great company. 🙂

Explore #3 of the Taking the Piscine Tour.

Thanks for looking – I hope you enjoyed. Coming up next… my first ever visit to Germany!