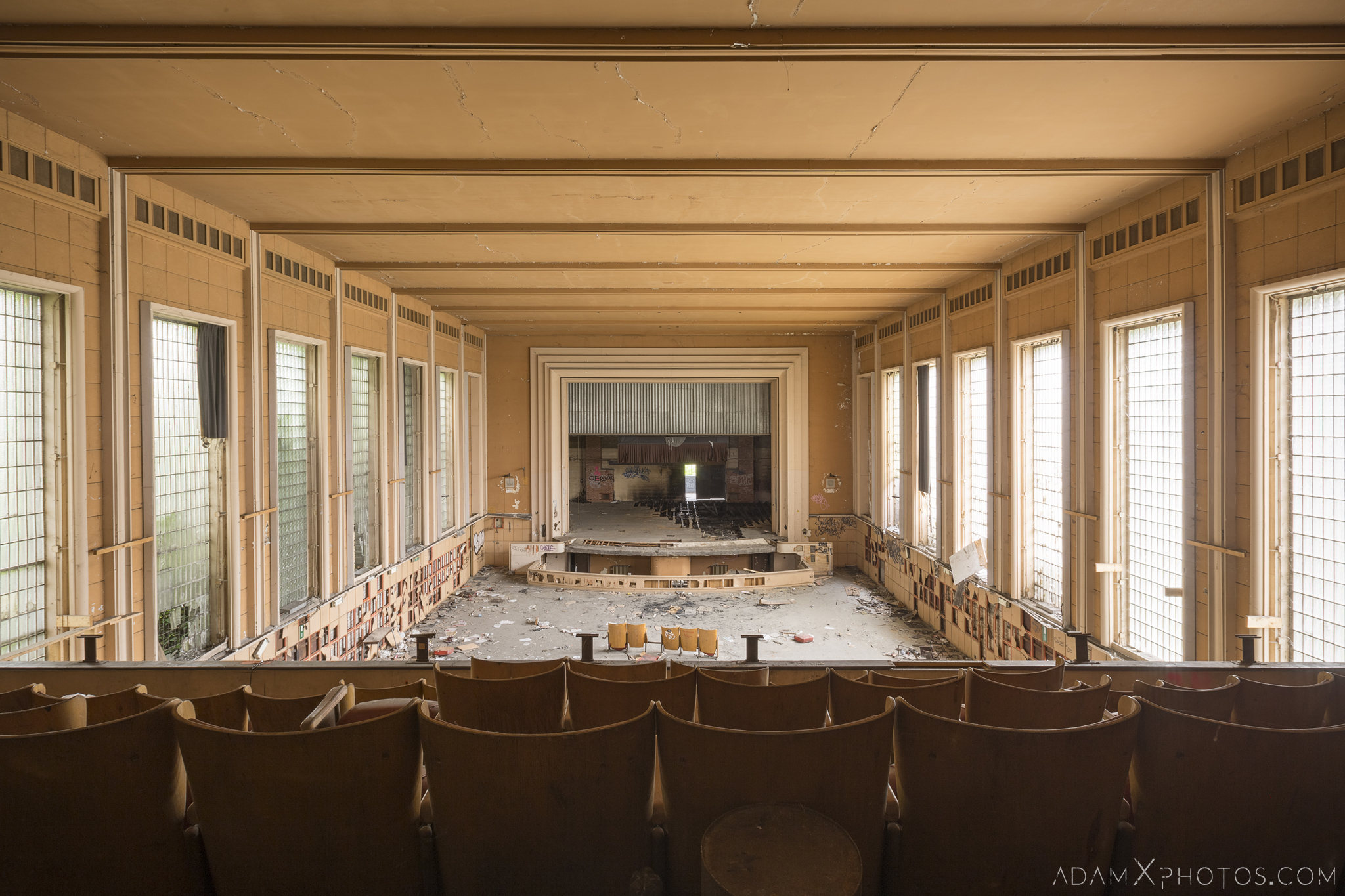 Explore #2 of ‘The Greased Otters Tour’ with Jeremy, Mark and Tim.

Our intended second exploration was a large industrial wasteland, but seeing as this abandoned theatre was right next door it seemed rude not to pop in for half an hour!

History
The ‘Salle des fêtes d’Ougrée Marihayea’ (or just ‘OM’) is also known in the urbex world as ‘Théâtre Jeusette’. Designed by the Liège architect Georges Dedoyard and built in 1948, it was formerly known as ‘Cockerill Hall’ after the Cockerill Sambre steel company which owned it. The building boasts a capacity of some 3,500 m², and functioned as a theatre and meeting rooms for the workers of the nearby steel plant.

When the steel plant closed in the late 1990s, so did the theatre. The site was purchased by the City of Seraing in 2010 with the intention of converting it into a cultural centre. However, those plans never proceeded and the site has fallen further into disrepair, seemingly destined to be demolished.

Our Explore
This was a quick explore, so I’ll just cut straight to the photos… 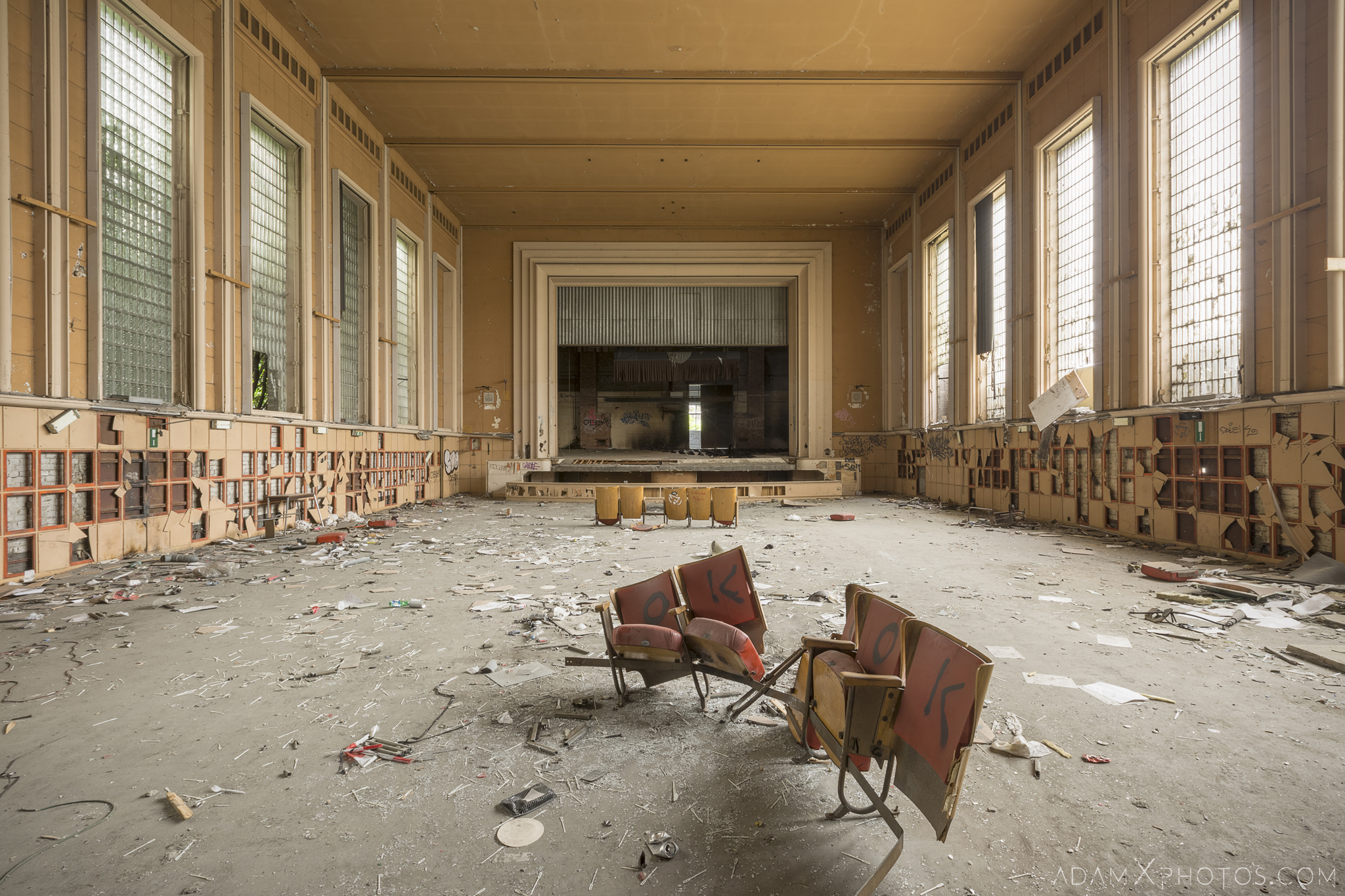 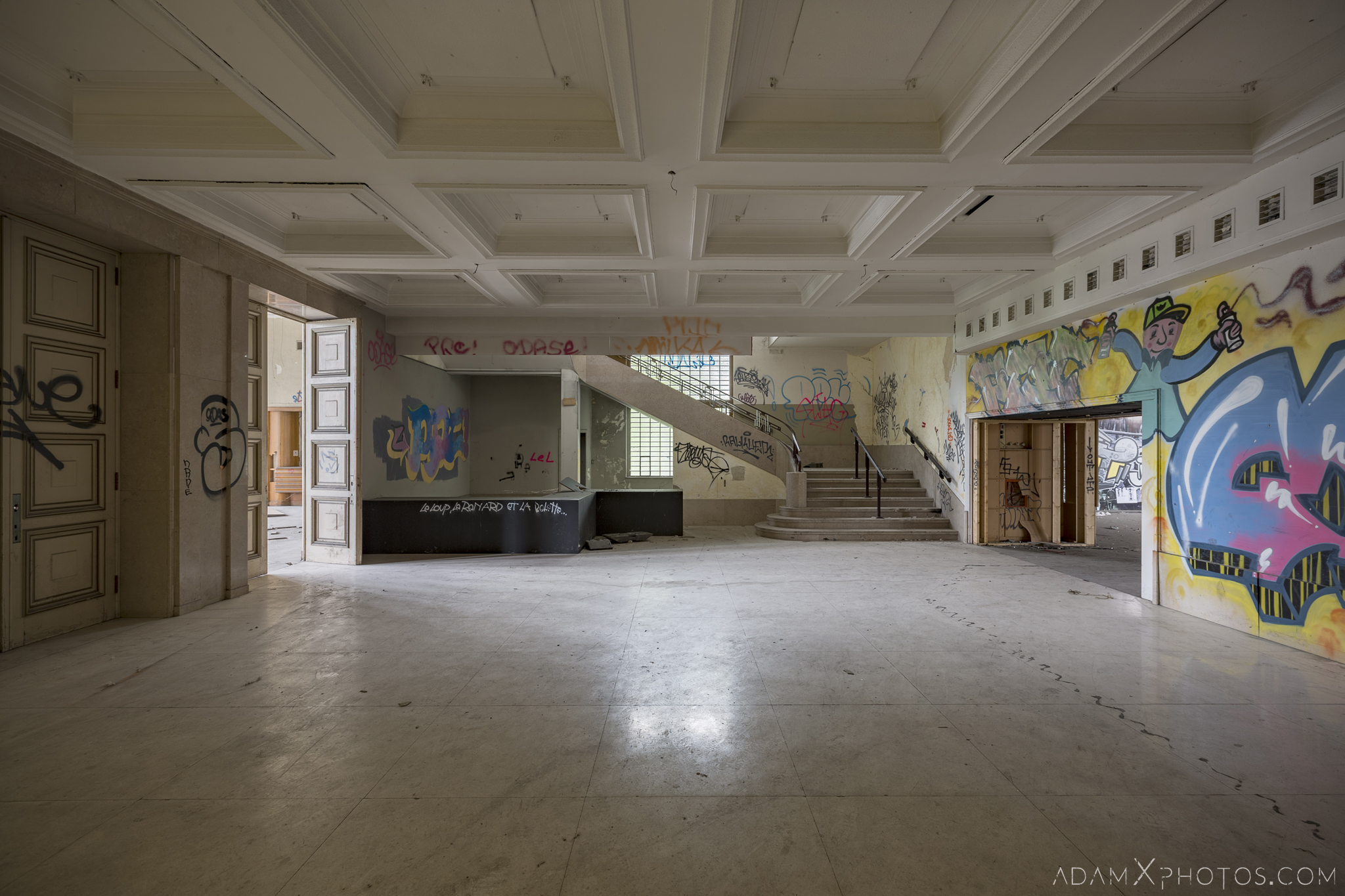 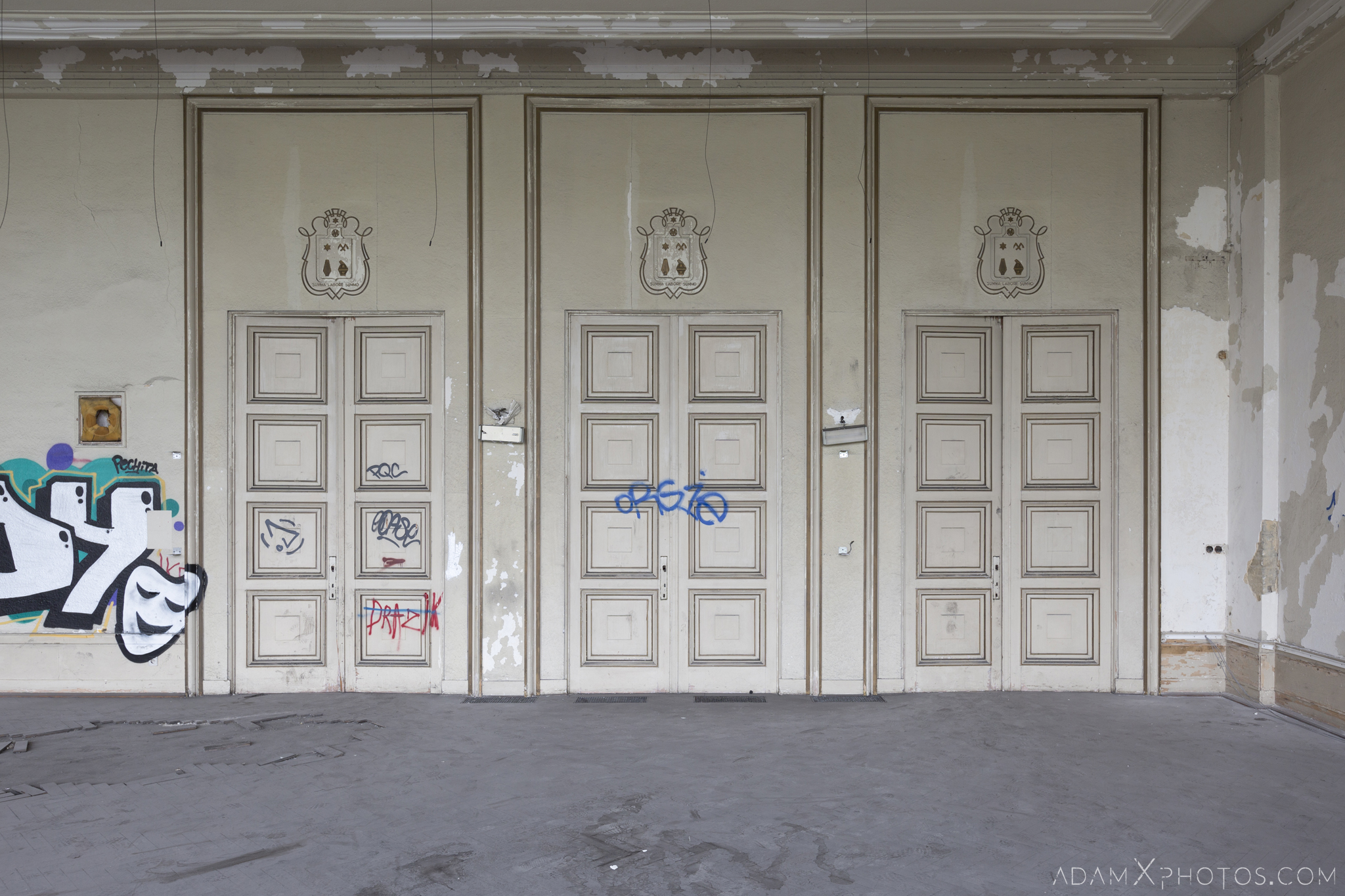 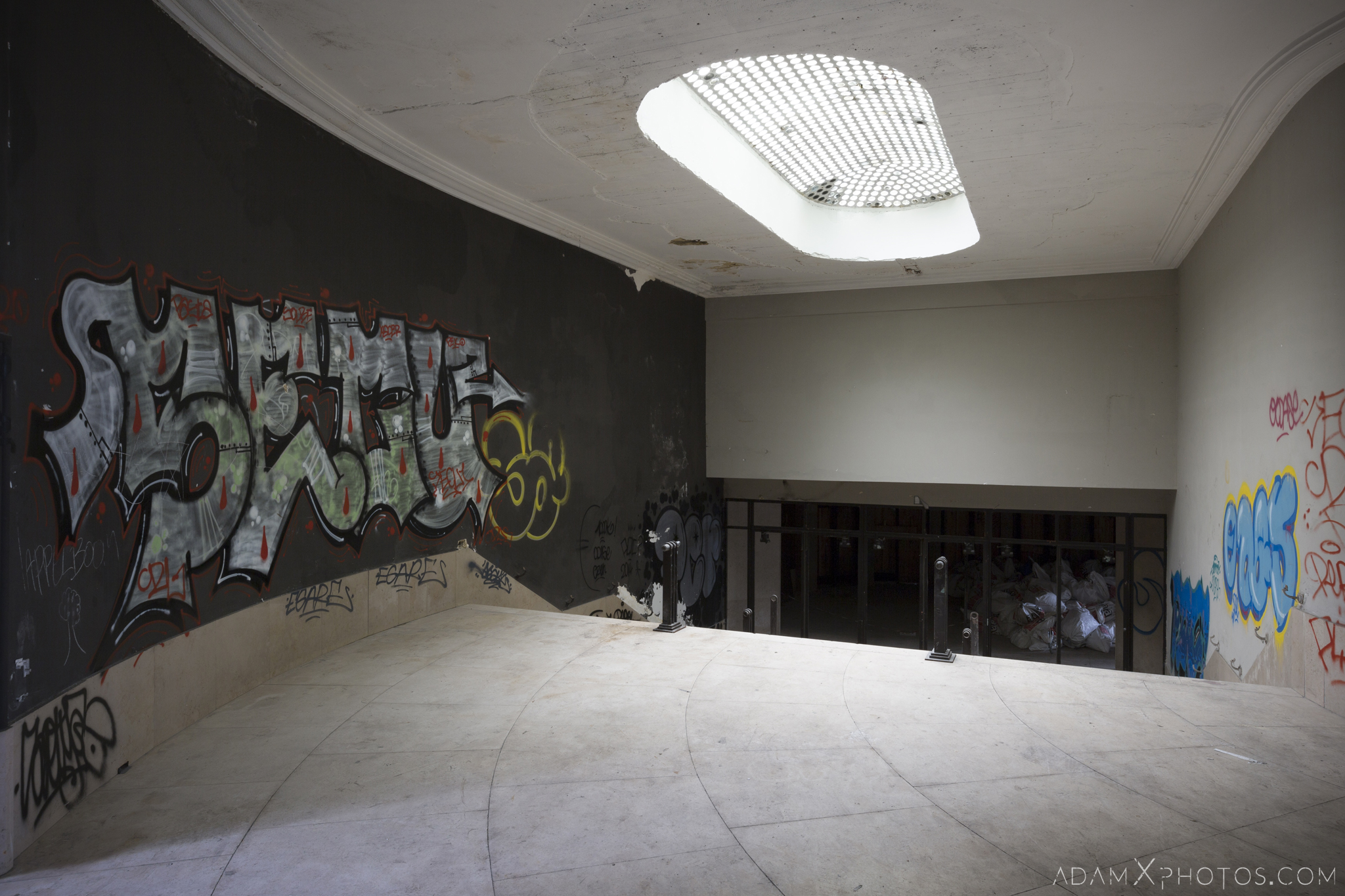 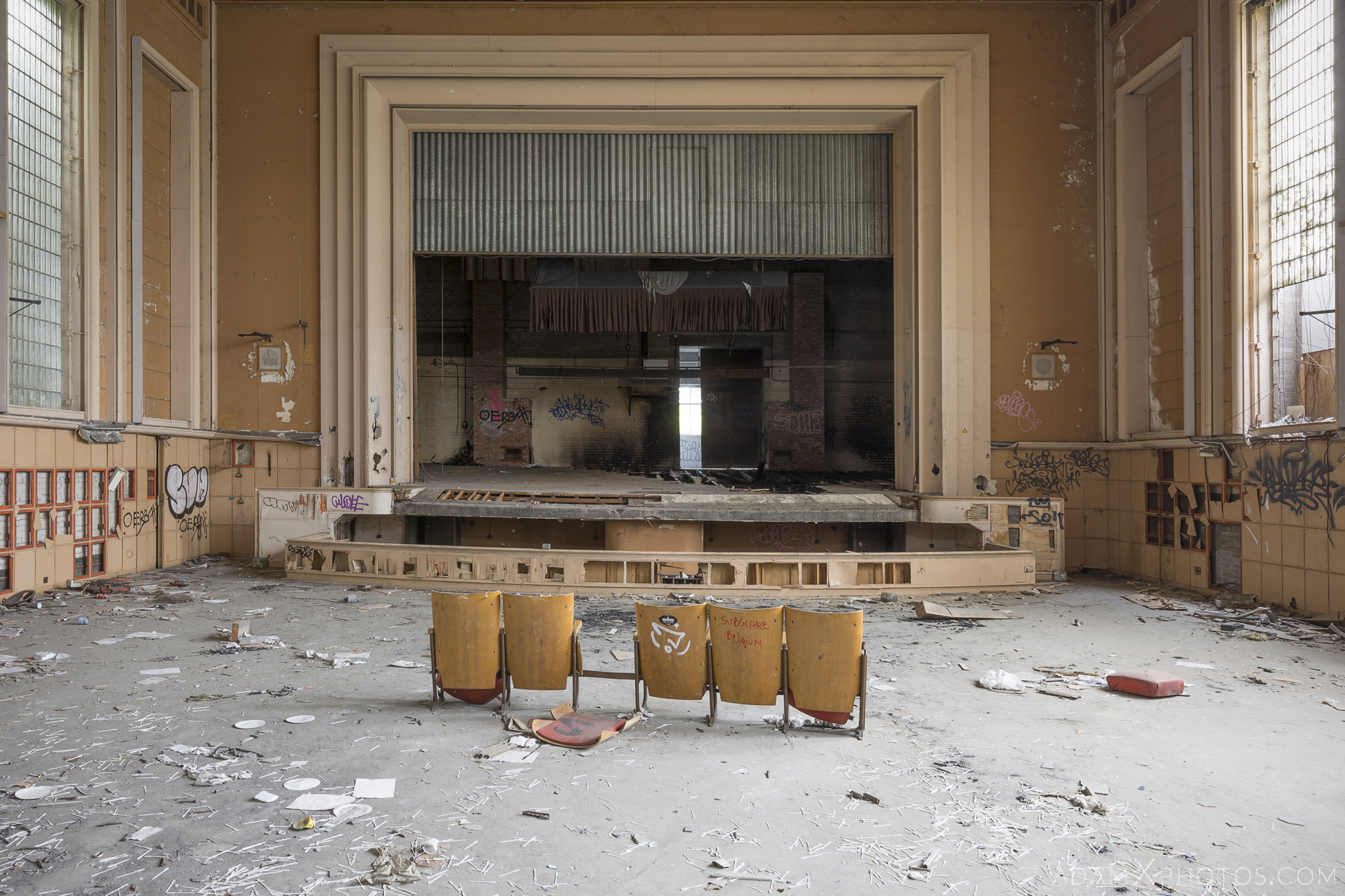 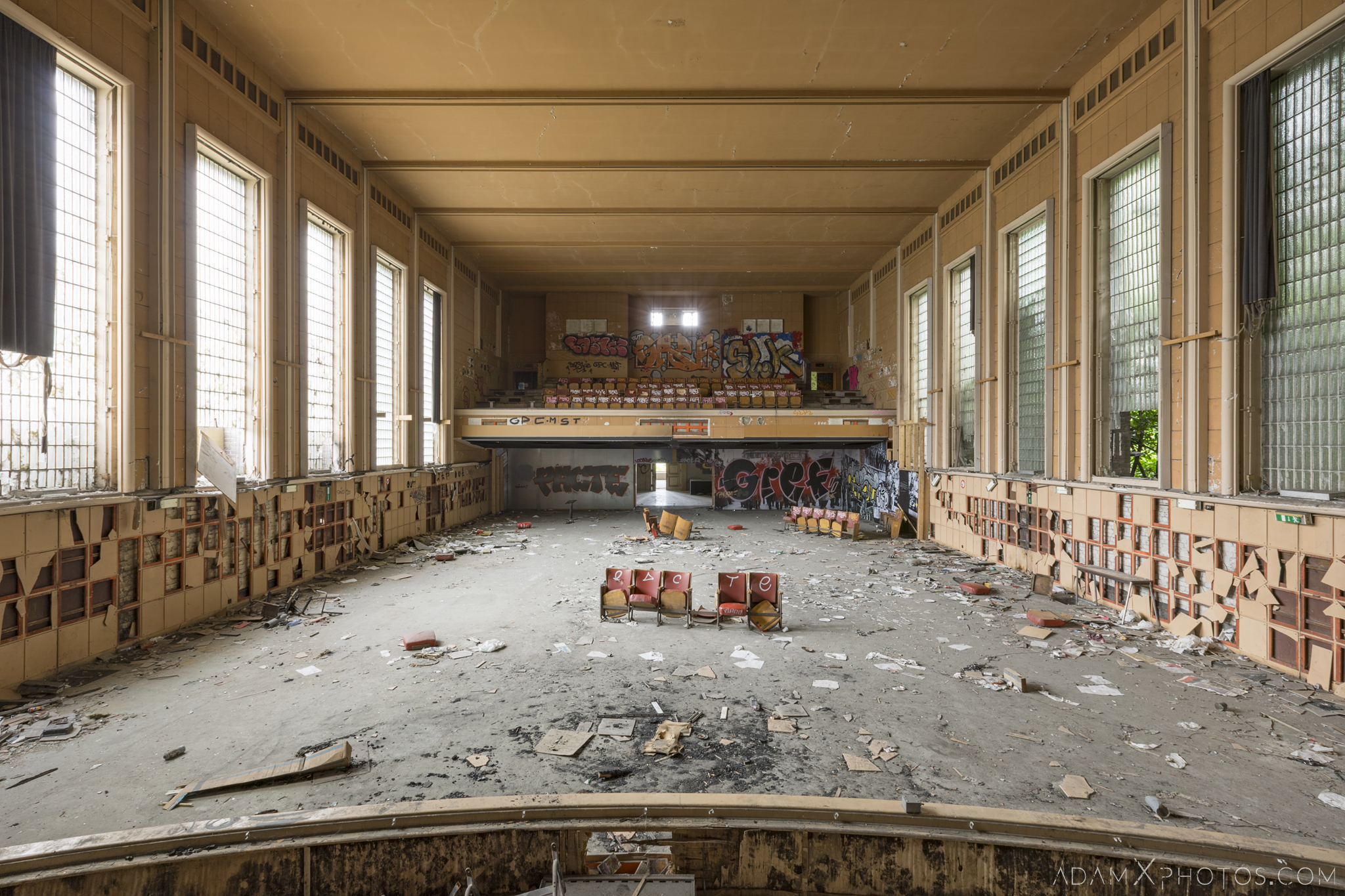 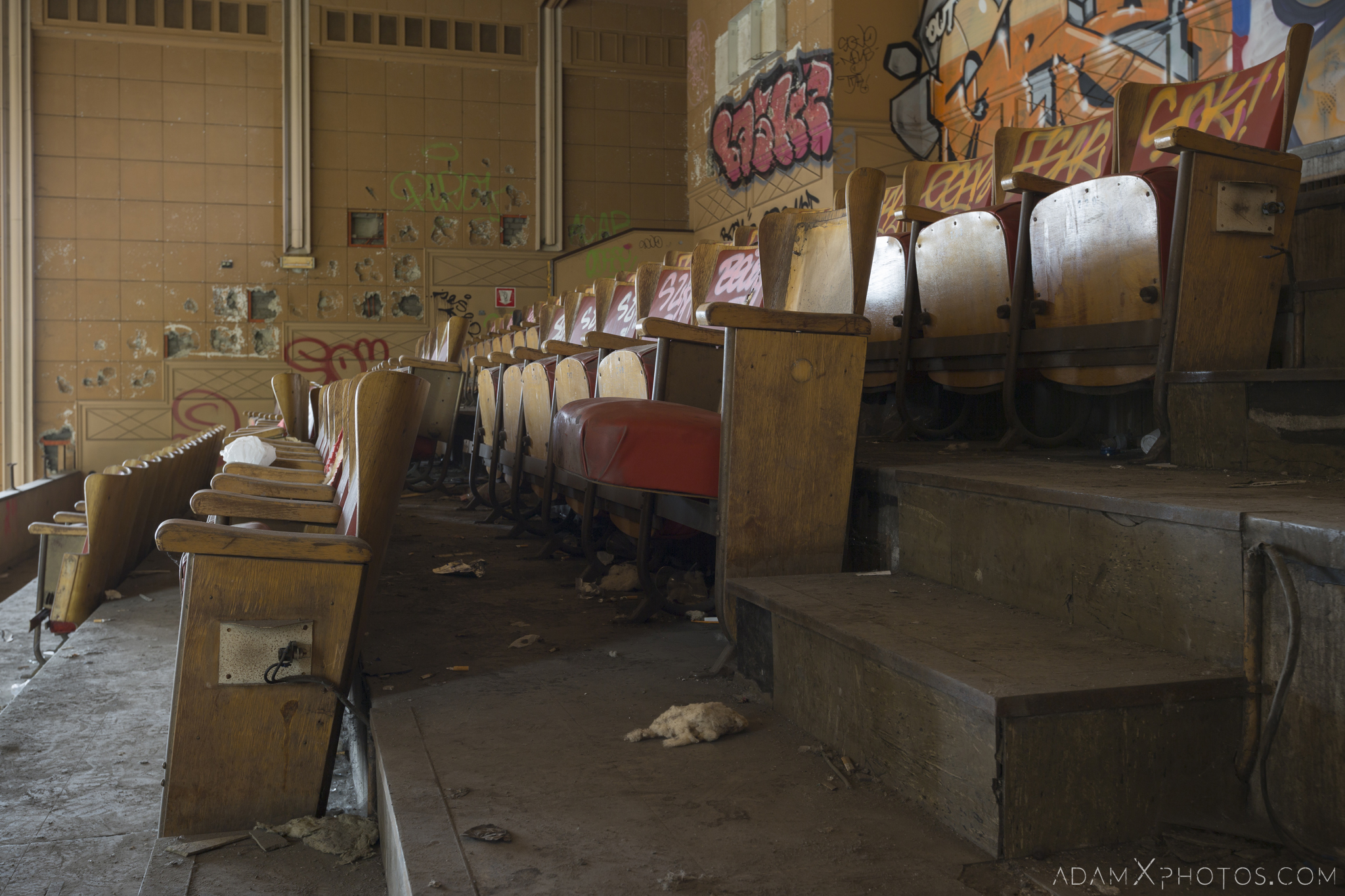 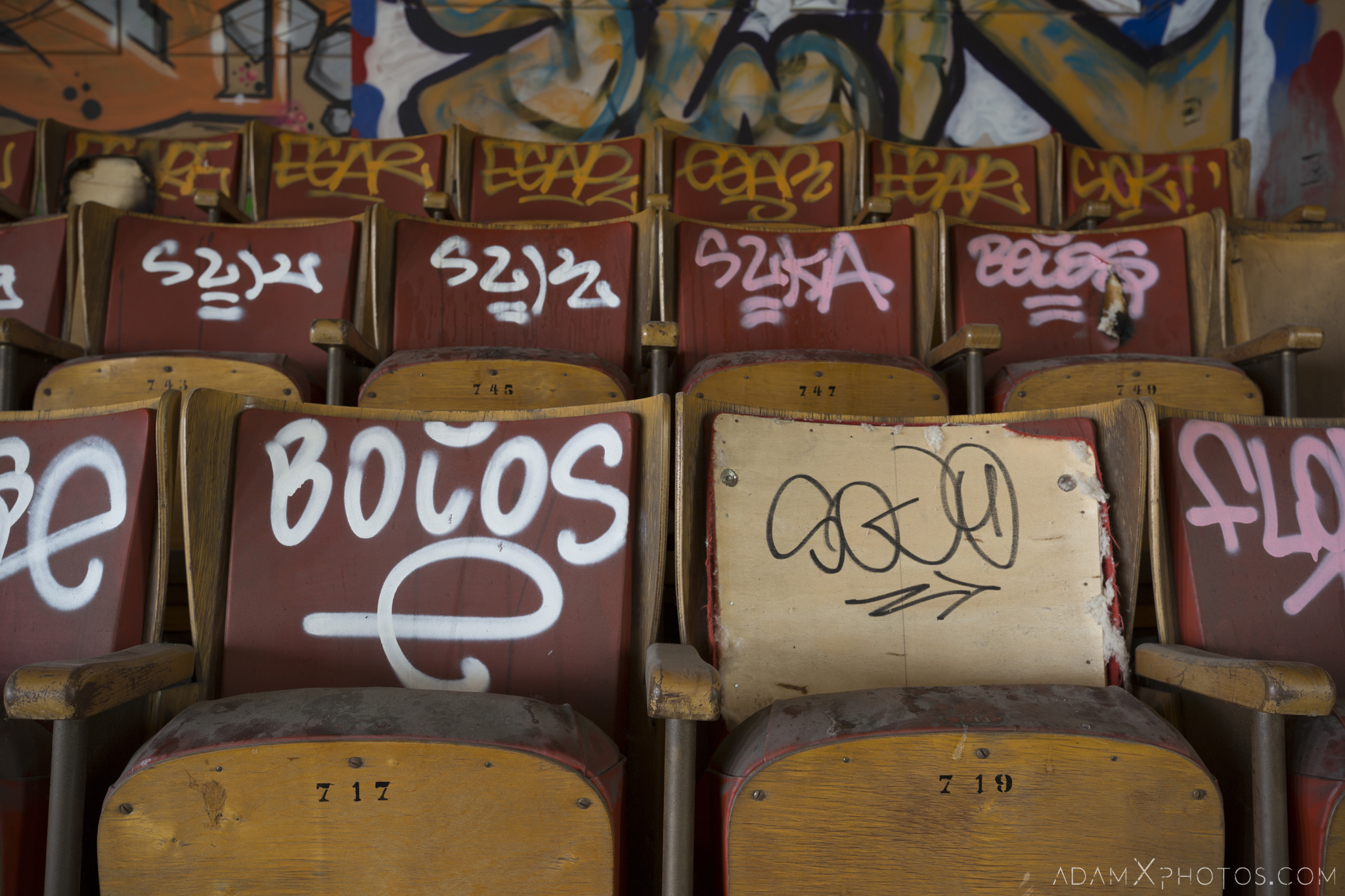 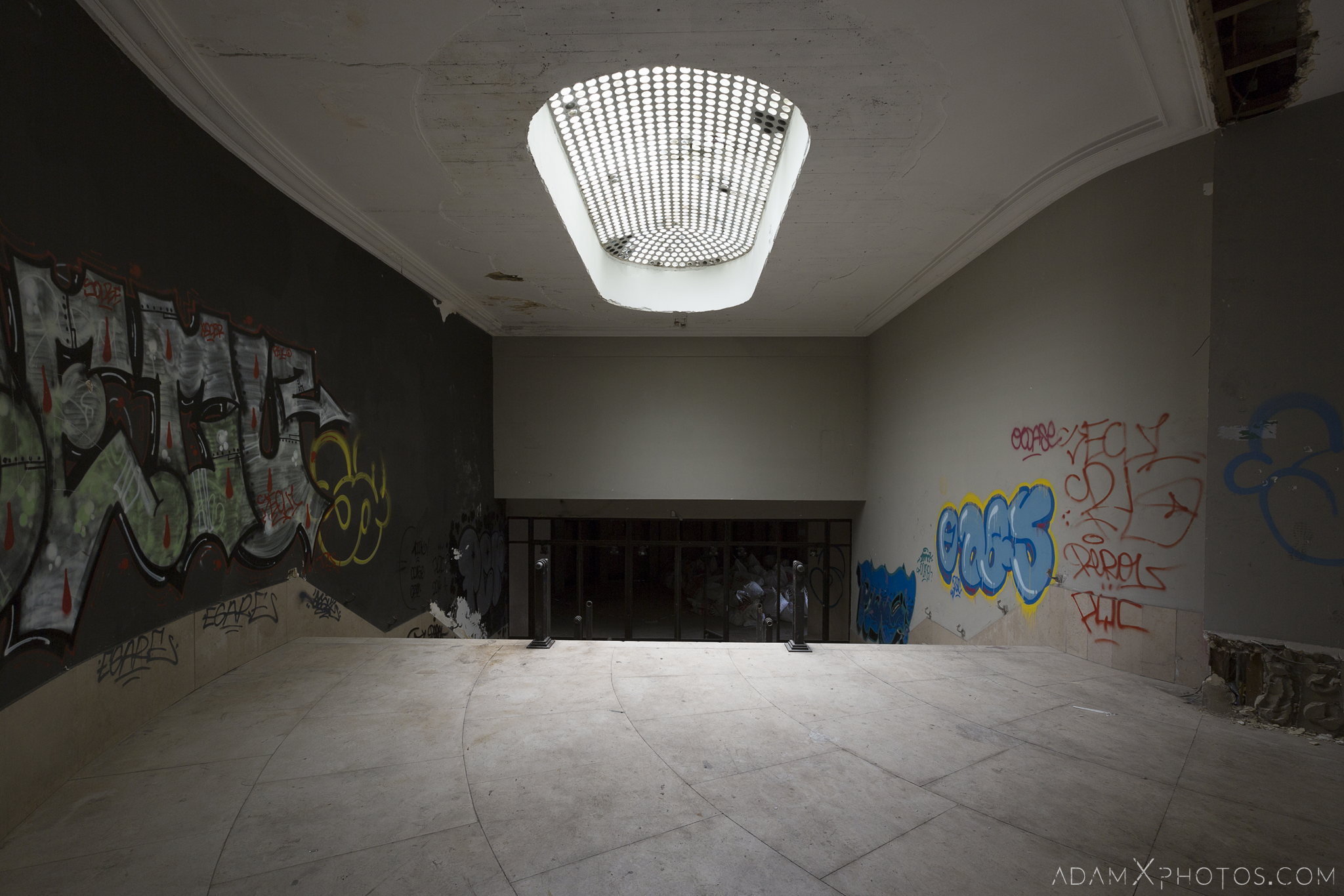 Thanks for watching.
Adam X