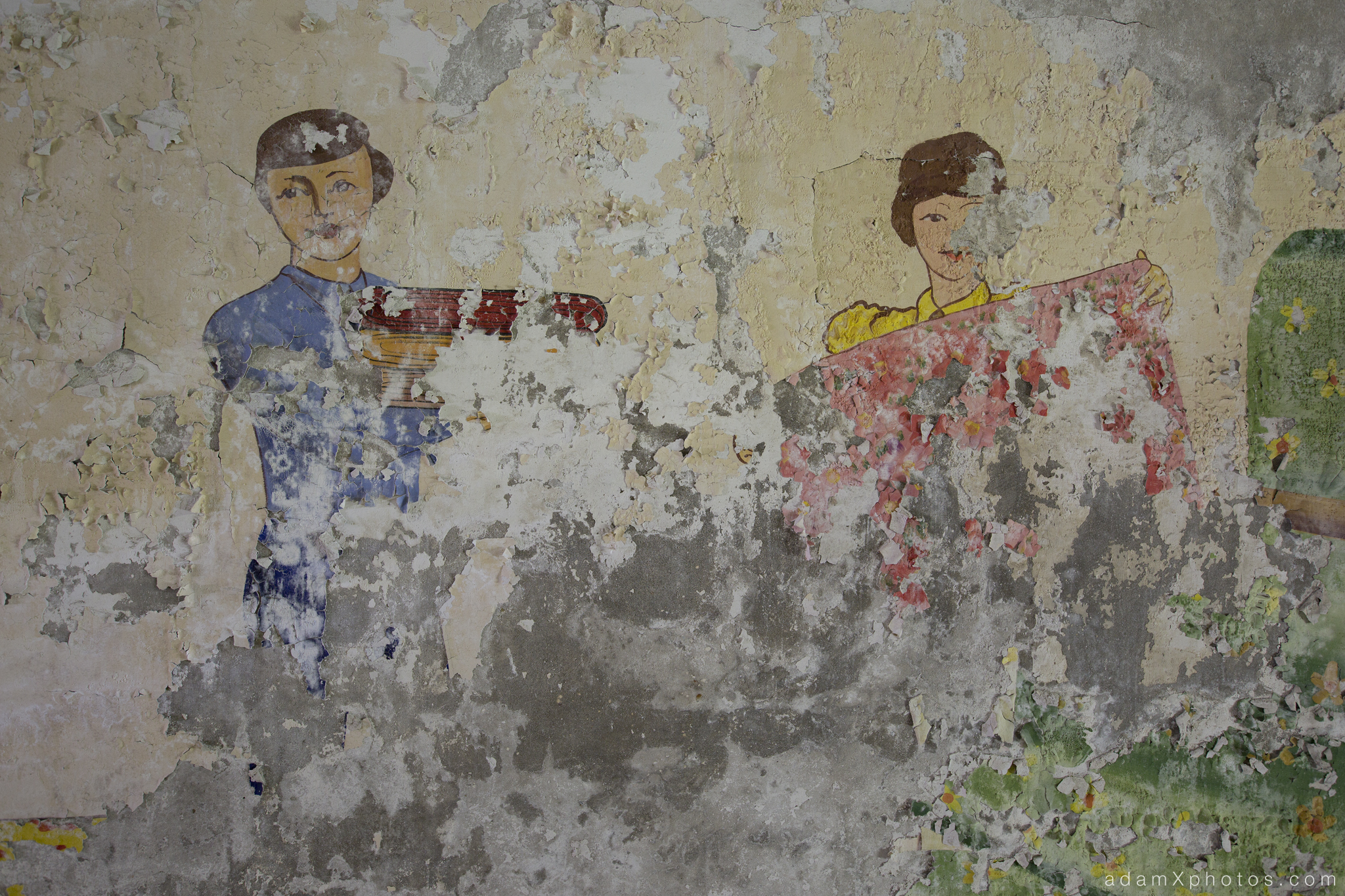 Explore #2 of the Berlin or Bust Tour

After our brief foray at the Courthouse, James and I fought back the tiredness and chewed up the kilometres on das autobahn in his little SEAT Ibiza. We finally arrived at Wünsdorf mid-afternoon.

The following includes excerpts adapted from Abandoned Berlin’s excellent report from the Southern part of the site.

In 1910 Wünsdorf-Waldstadt was a proving ground and garrison for the Imperial German Army. During World War I the site and its surrounding area contained several prisoner-of-war camps. Between 1939 and 1945 Wünsdorf was the underground headquarters of the German Wehrmacht (OKW) and Army’s High Command (OKH).

The Russians took Wünsdorf without a fight on 20 April 1945 – apparently the only Germans left were the caretaker and four soldiers, three of whom surrendered immediately, while the fourth couldn’t “because he was dead drunk”!

After World War II the area became the site of a vast Soviet military camp – the largest outside Russia – known as ‘Little Moscow’, with trains running back and forth to the real Moscow every day. At one time it was home to as many as 75,000 Soviet men, women and children, and had schools, supermarkets and businesses.

Soviet tanks and troops from Wünsdorf helped the East German government maintain security and control over the population, including the violent suppression of a short-lived rebellion of 16-17 June 1953.

The Soviets left in 1994, following reunification of East and West Germany. Some of the former barracks were renovated into affordable housing apartments, whilst others have been abandoned.

Unlike most other countries, quite a few lesser-known historic buildings have been secured and preserved in Germany, and are sometimes opened up to the public and photographers on a paying basis – anything between €15 to €75 depending on the location and operator! Paying to see a location goes against the spirit of urban exploration for me, but of course it depends upon the location. Whilst paying may offended the ‘forgotten/not seen by the general public’ element of urbex, if the site is unique and interesting enough then it may be worth considering. Wünsdorf was just one such location – with a number of very well preserved and guarded buildings to the South of the complex, in addition to completely abandoned barracks to the North.

Sadly we had not had time to arrange permission to see the really good stuff to the South. I tried for 10-15 minutes to persuade the friendly guard, but I think it was too late on a Friday afternoon and our group too small for it to be profitable enough for him to bother letting us in. He helpfully listed a number of other dates in the coming month when we would be welcome to come back, but I explained that sadly we were only in town for the weekend! I did, however, take his card and details and will definitely be arranging a revisit to see the main buildings at some point in spring/summer 2015.

After he had been so friendly and helpful (despite not letting us in), James and I both decided that we didn’t want to attempt finding an alternative way in and risk being caught. To be honest the lack of sleep and epic drive from Norwich was also catching up with us by then, so we decided to have a relaxed little wander around the abandoned barracks to the North instead.

We started off in one of the stripped-out barracks…

This was taken up in the attic. without realising it James and I ended up taking very similar shots of this door – I loved the colours and textures of the blue decaying paint.

We then headed down to the storerooms in the basement…

We had heard that there were still a few Soviet-era murals surviving somewhere in the complex. I discovered this, which was the best of the lot, in the next building which was probably a school for the soldiers’ children.

This one is definitely worth clicking on to see the mural detail. Another mural in a nearby classroom. …whilst James played with his go pro. We then located what was the former barracks prison – this was the only shot worth taking there really, and by then the exhaustion was really starting to take its toll. So we made our way back through the complex… …stopping at this rather cool Soviet statue on the way out. Whilst certainly nothing on the scale or interest of the Southern buildings we still had an enjoyable enough hour or two in the late afternoon sunshine, before finally heading to our hotel for much-needed shower and beers. 🙂

As always, thanks for looking. My reports from the amazing Day Two of the Berlin or Bust Tour are coming very soon!