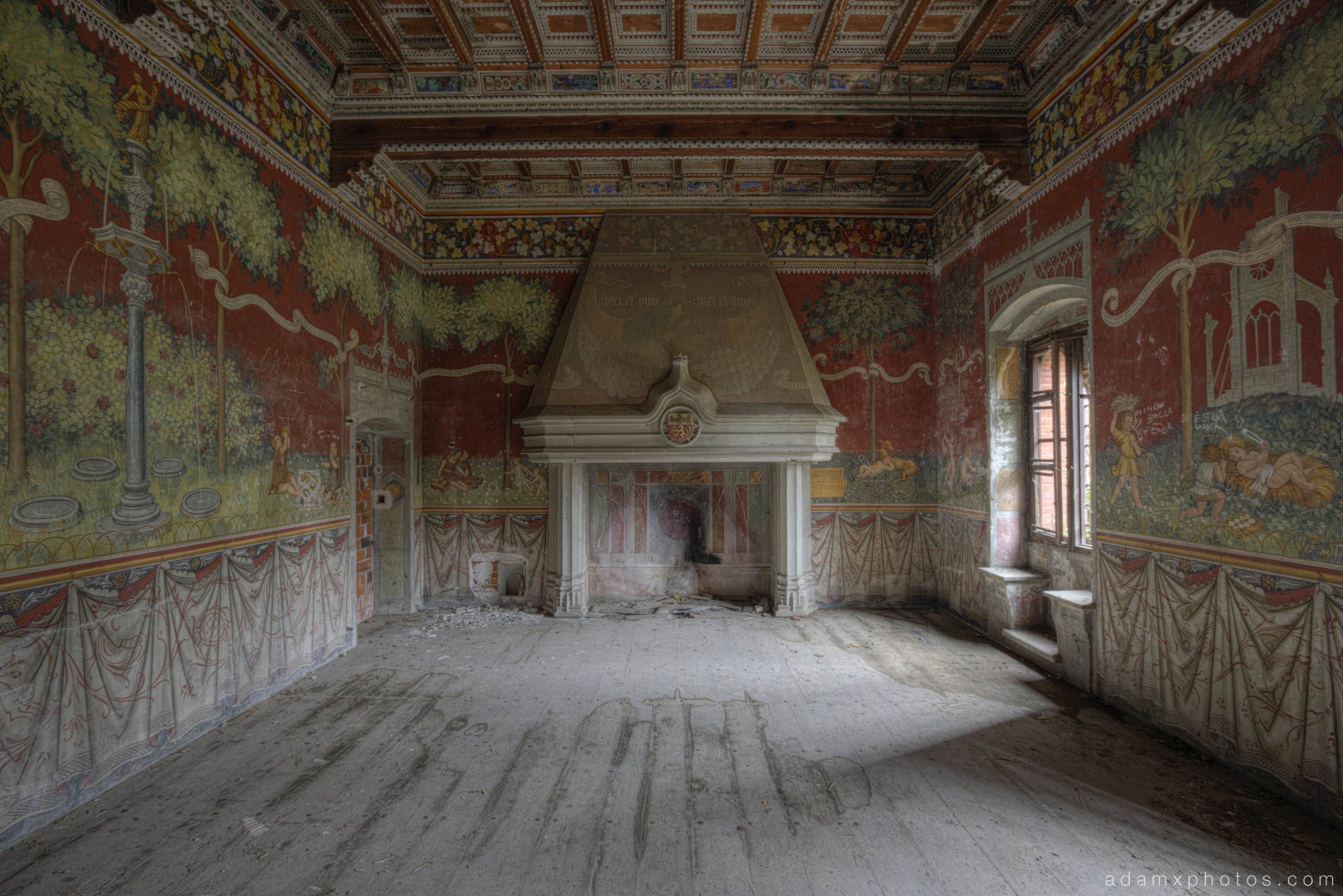 Explore #2 of the Wet, with excitement Tour

After our explore of the disused ceramics factory, James and I drove on through the rain to this abandoned castle.

History
The true history of this place is uncertain – the most oft-recounted version goes like this:

This medieval castle was built at the end of the 11th century, and was originally used for military purposes such as a practice ground for knights and soldiers. Local folklore recalls a story of a famous knight who lived at the castle and was murdered in its grounds.

At the end of the 16th century the castle was heavily damaged, looted, and burned during the war with Spain. Some years later one of the towers was struck by lightning and again heavily damaged.

Over the centuries the castle underwent many transformations and expansions, including the construction of the 48-metre high tower. By the early 1920s the castle had been completely restored, but has since fallen into disrepair and been left abandoned.

….or the alternative history: There is a similar castle in the same town which dates back to 1170. A Count related to the nobles of the city claimed inheritance rights over the ‘real’ (i.e. original) castle. Despite years of quarrels with other descendants the Count’s inheritance bid failed. Enraged, he hired a famous architect from Turin who was an expert in medieval construction to design and build an identical castle just 200 metres from the original. This new castle was designed and built in just 3 years.

Our explore
This was a relaxing little wander around for an hour or so, and welcome shelter from the continuing incessant rain. Looking back down the driveway… …I made my way up these spiral stairs… …and out onto this exposed balcony/walkway. …and looking up at the painted staircase ceiling. I think the delicate ceiling painting made this decaying corridor one of the most photogenic parts of the castle’s stripped remains. Back down the stairs… …and into this room on the ground floor. I’m not 100% certain what it would have been used for, but perhaps some sort of dining room? There was a tiny chapel (and I mean tiny – as in a 10-foot square enclave) annexed off one of the rooms. This is detail of one of the walls…

…and looking up at the painted ceiling. Another large, bare, downstairs room with colourful walls and a large fireplace. …including one of the well.

Hunger getting the better of us, we jumped back into our little hire car and went hunting for a McDonalds…