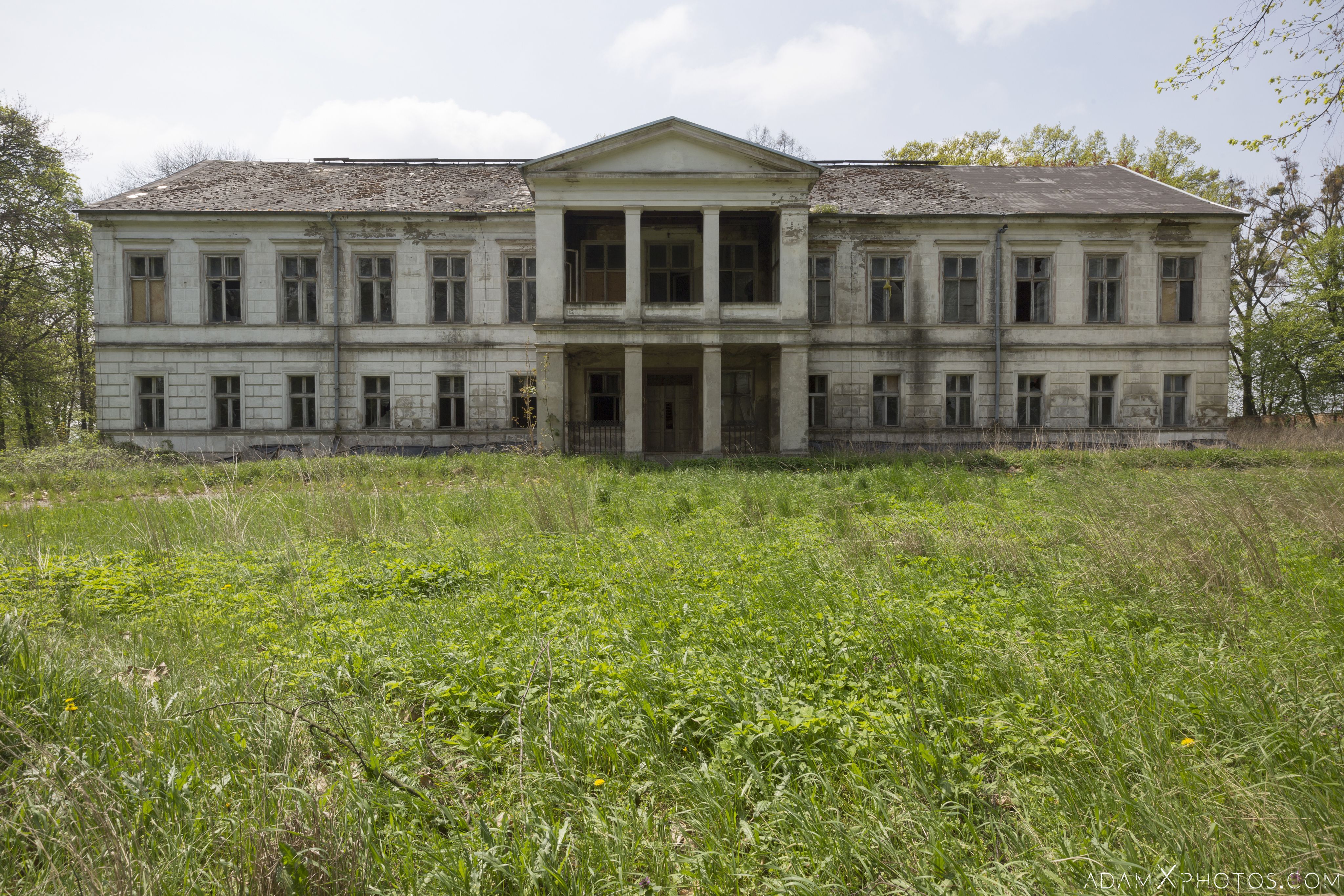 The village of Szczyty used to lie on an important amber trade route from Southern to Northern Europe. Records going back to 1611 mention the von Hauenschild family as owners of the village.

By the 19th century a neoclassical palace was erected, surrounded by an attractive landscaped park. The property is thought to have remained in the von Hauenschild family until the end of World War II, when like many other buildings it became nationalised and owned by the State. The palace had survived in relatively good condition until the early 1990s, when it was entered in the national register of monuments. However, it has since lain empty, and is now little more than a shell with an uncertain future.

As the inside was of no interest we just grabbed a quick external shot or two, and this rather ace team shot taken by James, before moving on. 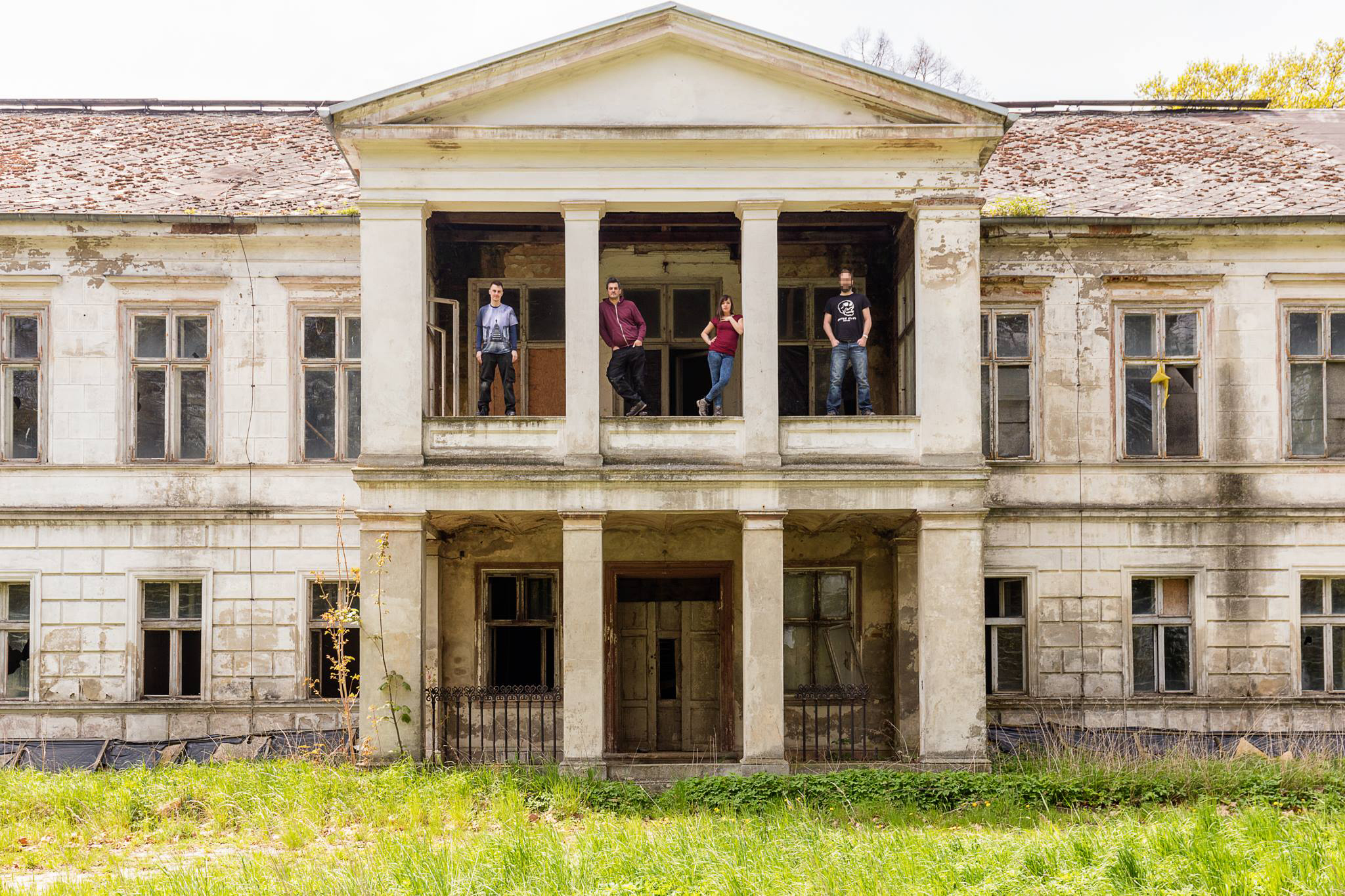