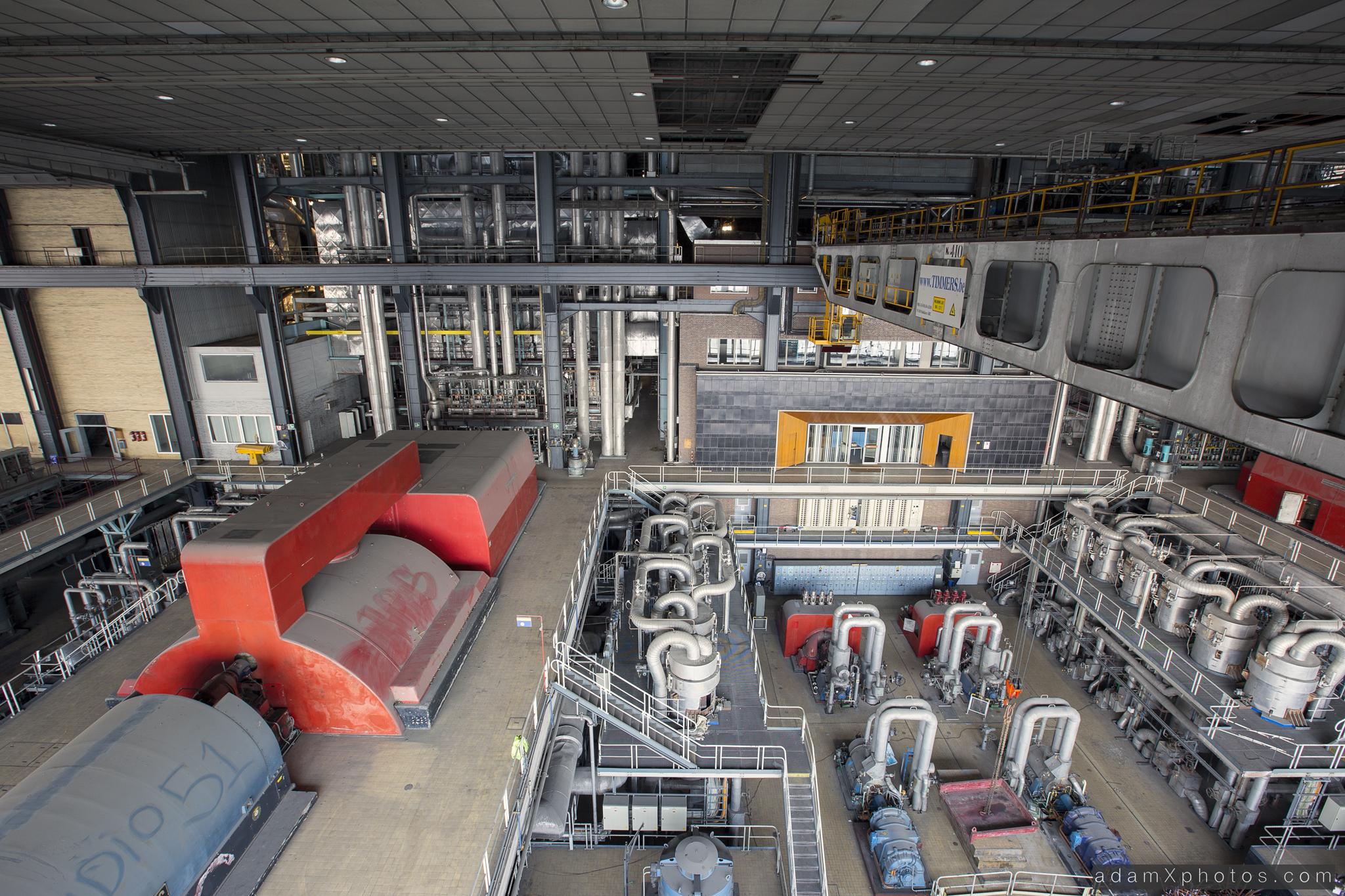 Explore #6 of the Gigawatts & Megalolz Tour

After racking up 5 successful explores on day one of the trip the beers that night hit us hard – with the lack of sleep on top we were all pretty merry after about 3 of the premium local beers! So much so that Dan decided that it would be hilarious if he slept al fresco on our balcony that night…

…although after much childish giggling and taking of photos we did eventually move his bed back indoors.

Anyway, you can imagine just how enthusiastic we all were when our alarms went off at god know’s what time the next morning, but stupid o’clock doesn’t really come close. But up we did get, for the first target of the day was the big one for this trip – an absolutely gigantic thermal power plant!

History
Powerplant Gigawatt (as it is codenamed) aka Powerplant XL or The Cloud Factory was once Belgium’s largest thermal power station. It opened in the 1960s with two turbines, and was subsequently expanded as demand for power grew, until the 1990s when the vast turbine hall housed six sets of turbines.

Despite attempts to increase efficiency by the addition of modern heat-recovery techniques, ultimately the plant became unable to provide a sustainable future, and it closed down in 2012. It is currently being decommissioned.

Our Explore
As I said above, the was “the big one” for this trip, and we were all fairly apprehensive about it. As I had done all the planning I also felt responsible for the success of the explore and not getting busted. My anxiety was heightened by the fact that I hadn’t heard of any other explorers doing it very recently, and from tales of one group’s run in with the police earlier in the year.

We therefore planned on getting there as early as possible so as to ensure maximum stealth of approach. So much so that we actually ended up arriving well before it even got light, and spent half an hour or so hanging around a safe distance from the site, waiting for the sky to lighten just enough so that we could see where we were going!

This shot of the powerplant was taken at 4.28am!

As we were all hanging around by the roadside in the middle of nowhere we saw someone walking down the road towards us… it was what appeared to be a very drunk local lad, making the walk of shame home after a heavy night out! He was so engrossed on his phone that I don’t think he even noticed us as he stumbled past us and carried on up the road.

Anyway, after a short while longer dawn was finally close enough for us to make our approach. Everything went smoothly, and before too long we were stood inside the cavernous belly of the beast! In fact it was another hour or so before it really got light enough for us to start photographing properly.

Unfortunately with hindsight we were probably a bit too much on edge for this explore, and so ended up leaving after an hour or so, as we wanted to make good our escape and crack on to the next location before any workers descended on the site. Looking back through my photos I really wish we’d stayed longer and explorer more of this vast site – hopefully I’ll get a chance for a revisit early next year, but for now my shots below give a flavour of the place.

I have to say that industrial behemoths like this really are some of my favourite kinds of explore. 🙂

Looking down over about half of the vast turbine hall…

The previous shot was taken from the gantry to the top right of this shot.

…and this is looking is the rest of the turbine hall, looking in the other direction.

Desk in one of the control rooms…

…and some details shots of various buttons and switches.

We then headed back outside, the huge exterior of the plant and one of the chimneys looming above us…

Darren of Desolate Nation keeping an eye out…

…and a couple of final shots of the cooling tower exterior…

…and so after all too brief a visit we made good our escape. By the time we got back to the car it felt like lunchtime, but in reality many Belgians would still have been in bed!

Thanks for looking – if you haven’t already done so please sign up to follow this blog, and you’ll receive automatic updates whenever I post something new.