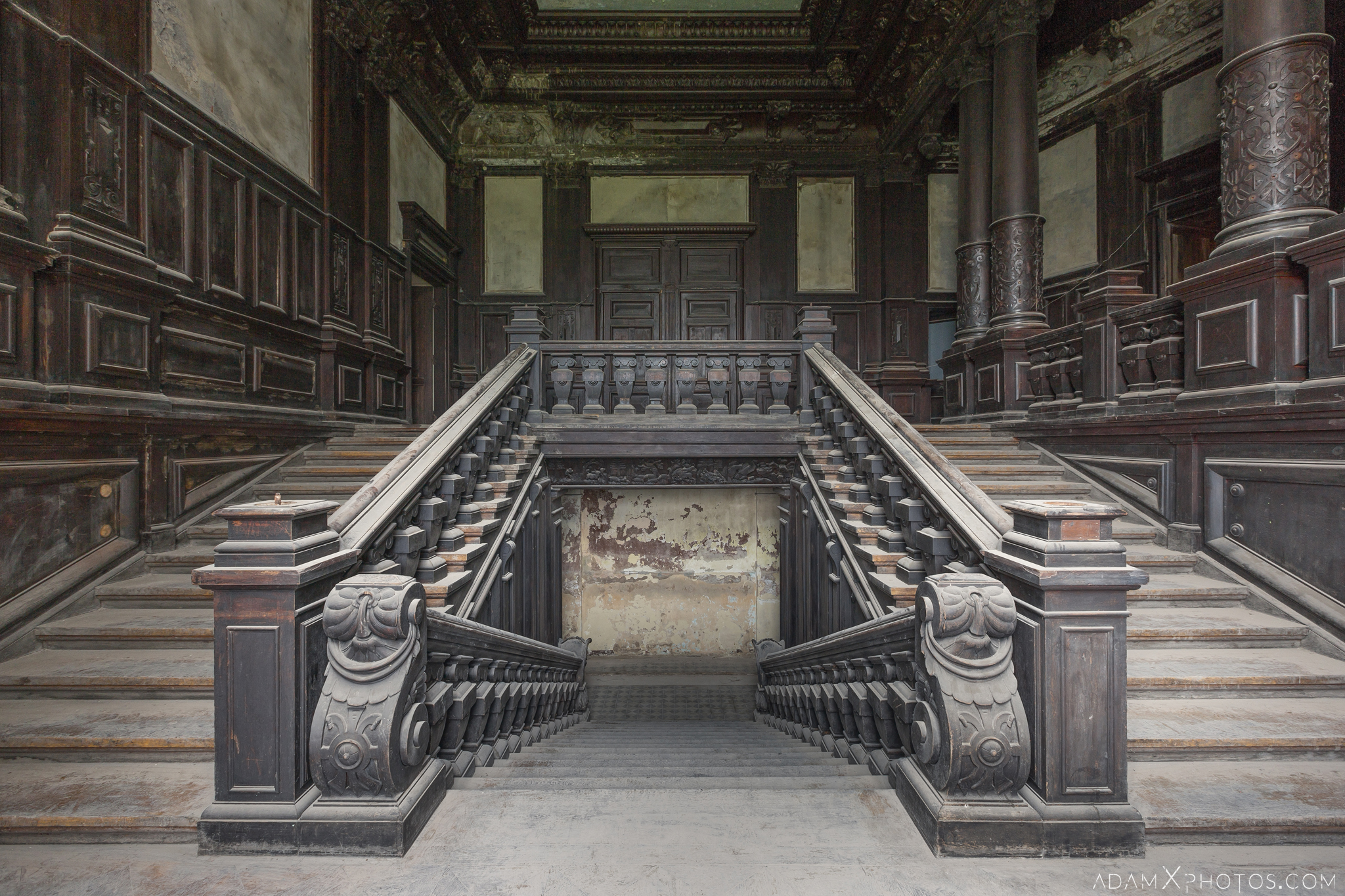 The third and final explore of day four was a permission visit of this stunning crumbling palace in Southern Poland.

History (translated and rewritten from wiki and here.)

The estate in the village of Bożków was first established in around 1520 by the von Raueck family. After the Czech-Palatinate war the estate was confiscated and given to the emperor’s physician Caspar Jäschke von Eisenhut. It later passed to the Jesuits, who built the castle and greatly contributed to the construction of the church in its present form. After the childless death of the last male descendant the estate passed in 1780 to the son of one of his sisters, Count Antony Alexander von Magnis.

The palace in its present shape was built between 1787 and 1791, reconstructed on the foundations of the earlier building. In 1800 a park with artificial ruins, gravestones, and a forester’s lodge were established in grounds to the North, and in 1813 a lookout tower was built on nearby Grodziszcze Mountain.

In 1870 a huge fire broke out which almost entirely destroyed the palace. It was rebuilt by Count William von Magnis the following year, and in 1930 the facade was rebuilt in a Baroque-Classicist style. 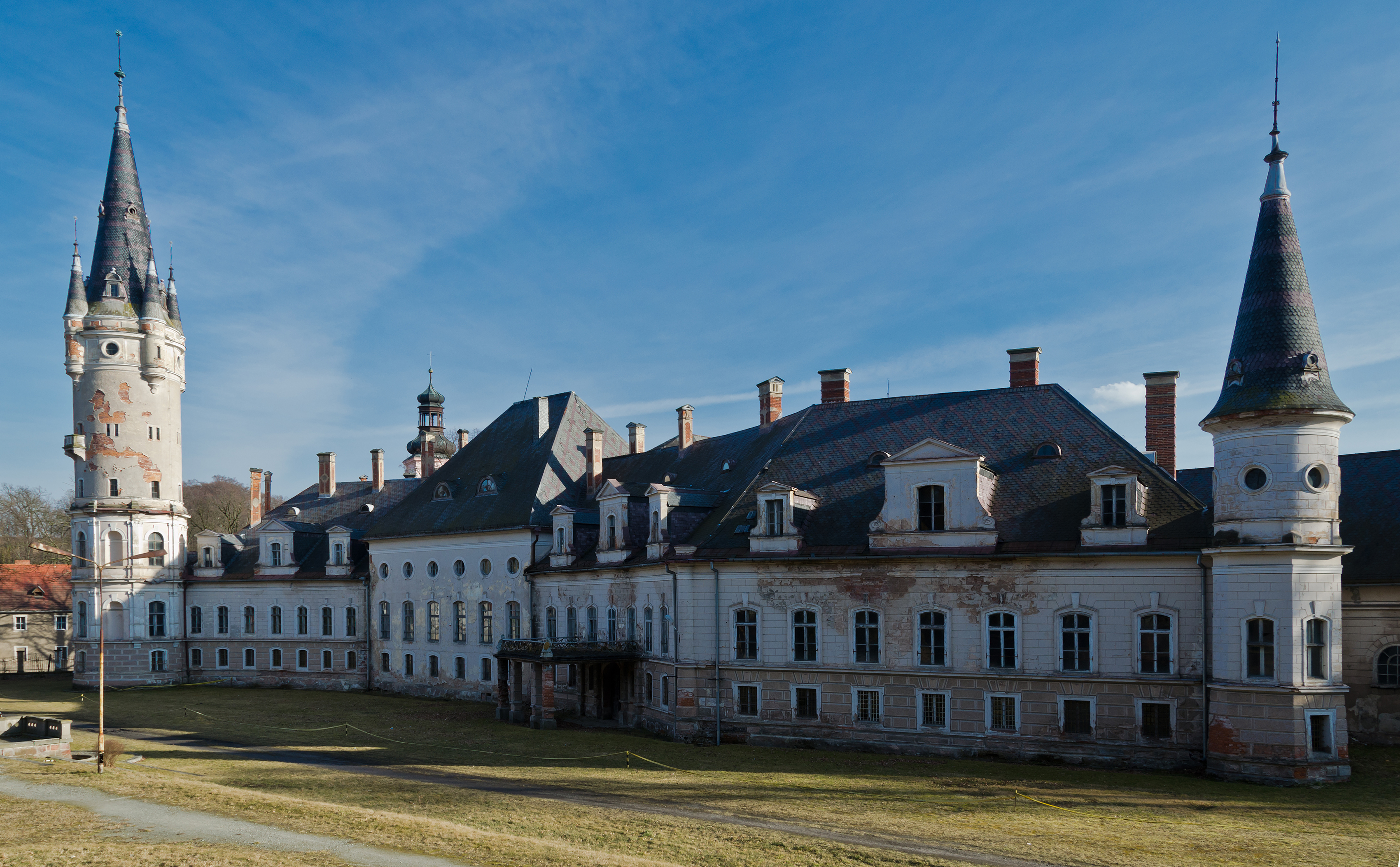 After the Second World War the palace, as with many such estates, became the property of the State Treasury and for many years housed an agricultural school. Some refurbishment and conservation works were carried out in the mid 1970s, but the building’s decline into ruin and decay progressed towards the end of the twentieth century.

In 2005 the palace was sold for PLN2.5m (approx £415,000) to Irish investors Fenelon Group International. However, their plans to convert it into a luxurious hotel failed to materialise, and in 2010 it was sold to a private investor. Its future is currently uncertain.

James had managed to organise permission for us to visit and photograph the Palace. However, our allocated time now clashed with permission to visit another grand palace a couple of hours away, which had only been granted at the last minute whilst we were already on the road. We knew that there was no way that the other palace could be rearranged, so decided to turn up at Bożków a day early and hope do our best to charm our way in!

By the time we arrived in the village it was already late afternoon and the light was fading fast. Armed with bribes of booze and chocolates, and an explanatory note which we’d written and translated into Polish the night before, we knocked on the door of the caretaker’s house. It was answered by the caretaker’s wife, who informed us that he was asleep! Their small dog barked loudly and incessantly at us – things weren’t looking promising. The caretaker’s son then came to the door, and we did our best to explain why we wouldn’t be able to to visit the following day as planned.

“Rocky!” he yelled at the still-barking dog.
“Balboa?” I enquired?
He burst out laughing, nodded his head, and the whole mood lightened.

Eventually the caretaker was roused and we jumped back into our car and followed him on his quad bike down into the village to the Palace. Despite having been so rudely awakened he was very friendly, and after leading us safely past a very large guard dog he unlocked the front door, deactivated the alarm, and gave us a quick tour of the main areas.

Unfortunately by then it was dusk and the best of the light had long since gone. Whilst this made for a very atmospheric experience as our group split up and wandered through the dimly lit decaying rooms, it was far from ideal from a photography point of view and we only had time to grab a handful of shots.

Click on any photo to open the lightbox feature and view LARGE!

The lights were already shining brightly in the fading light… 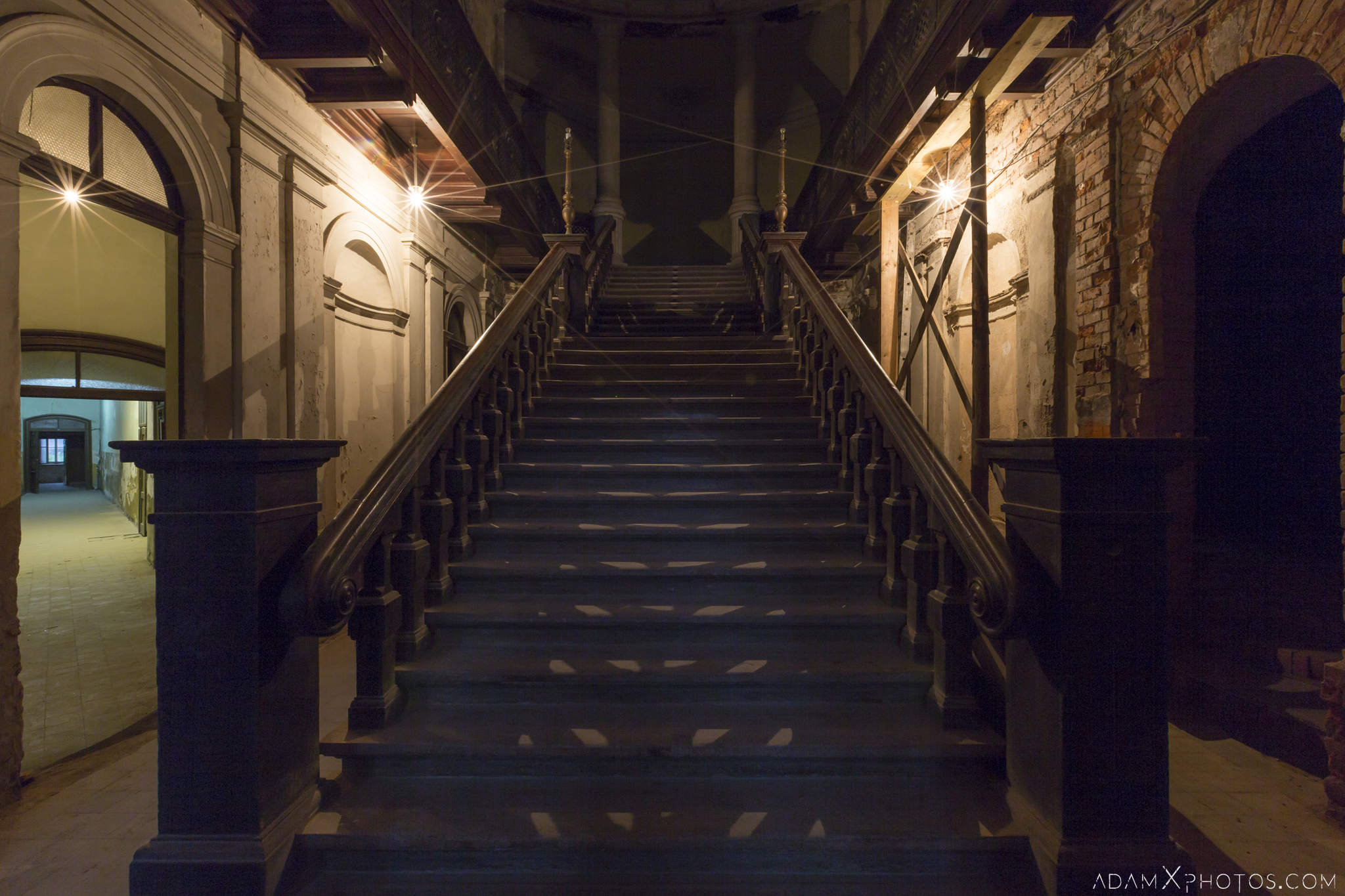 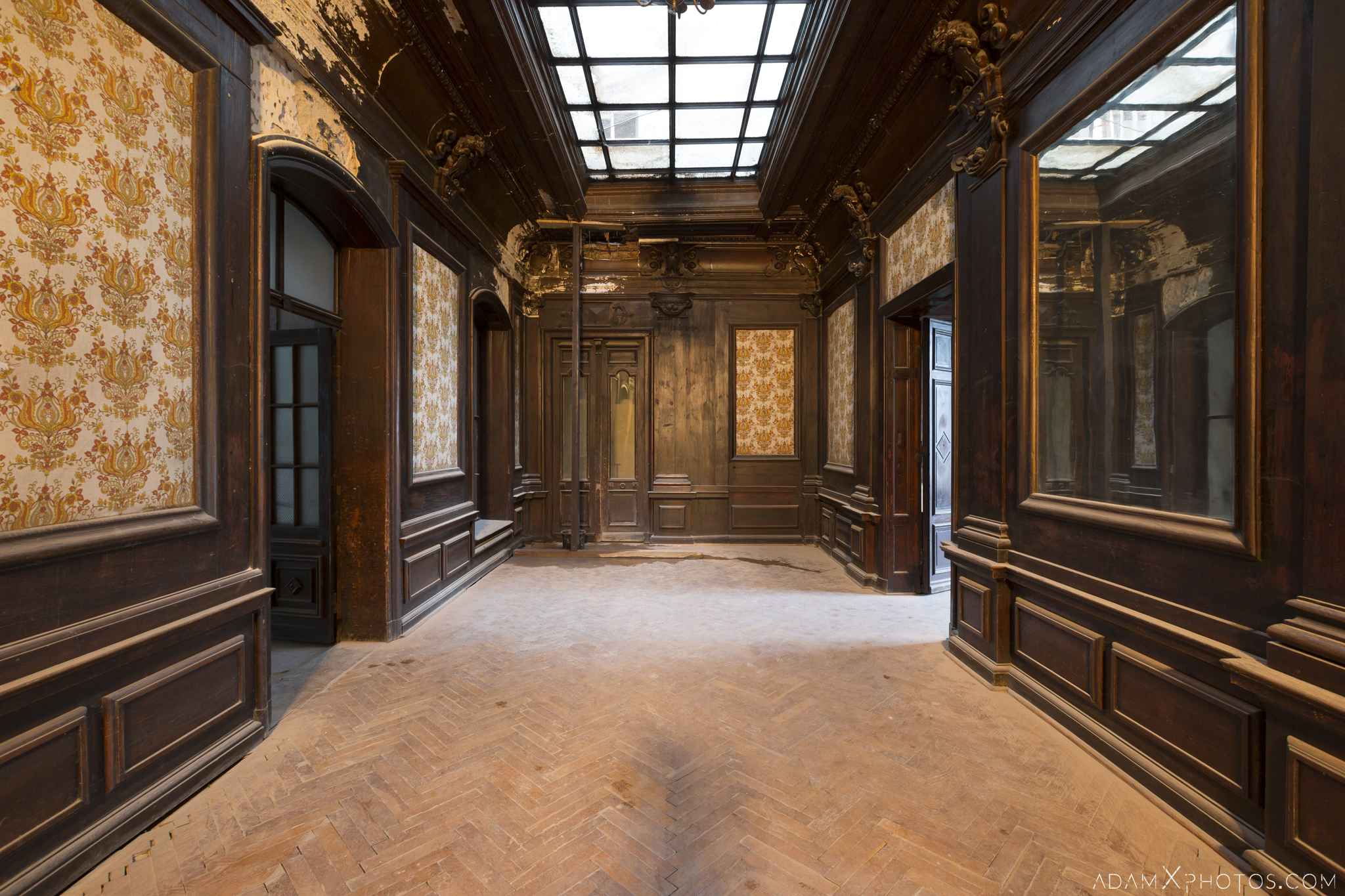 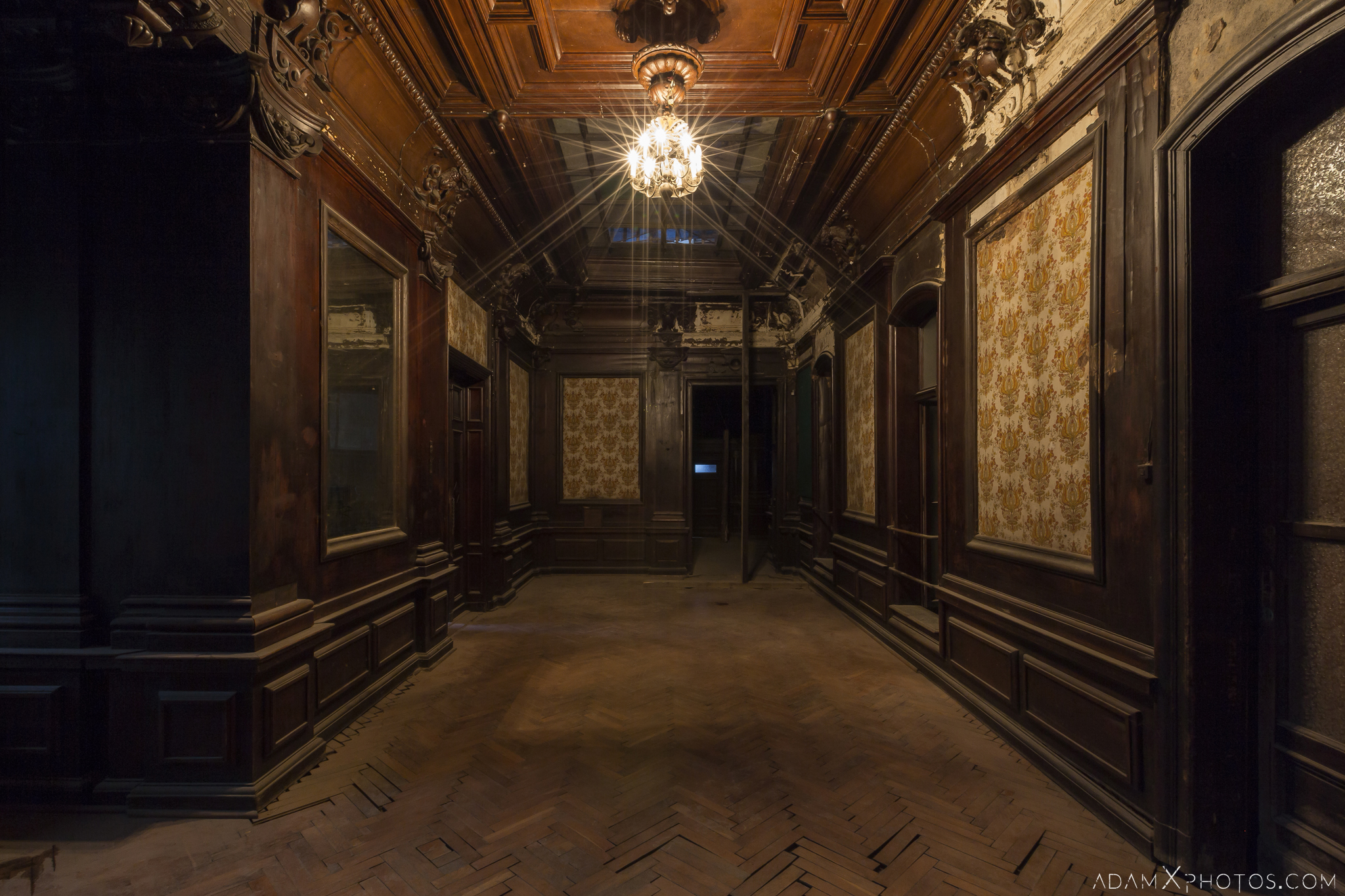 Detail of the opulent wallpaper. 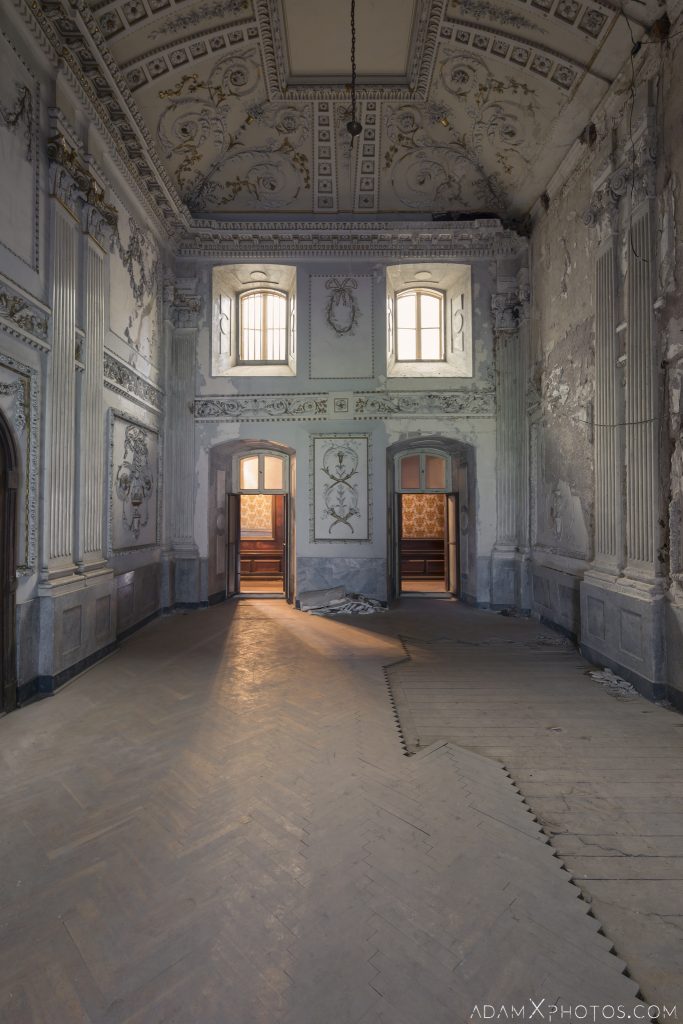 Whilst this room may look fairly light it really wasn’t – these shots were taken as soon as we arrived, and are 30-second exposures! 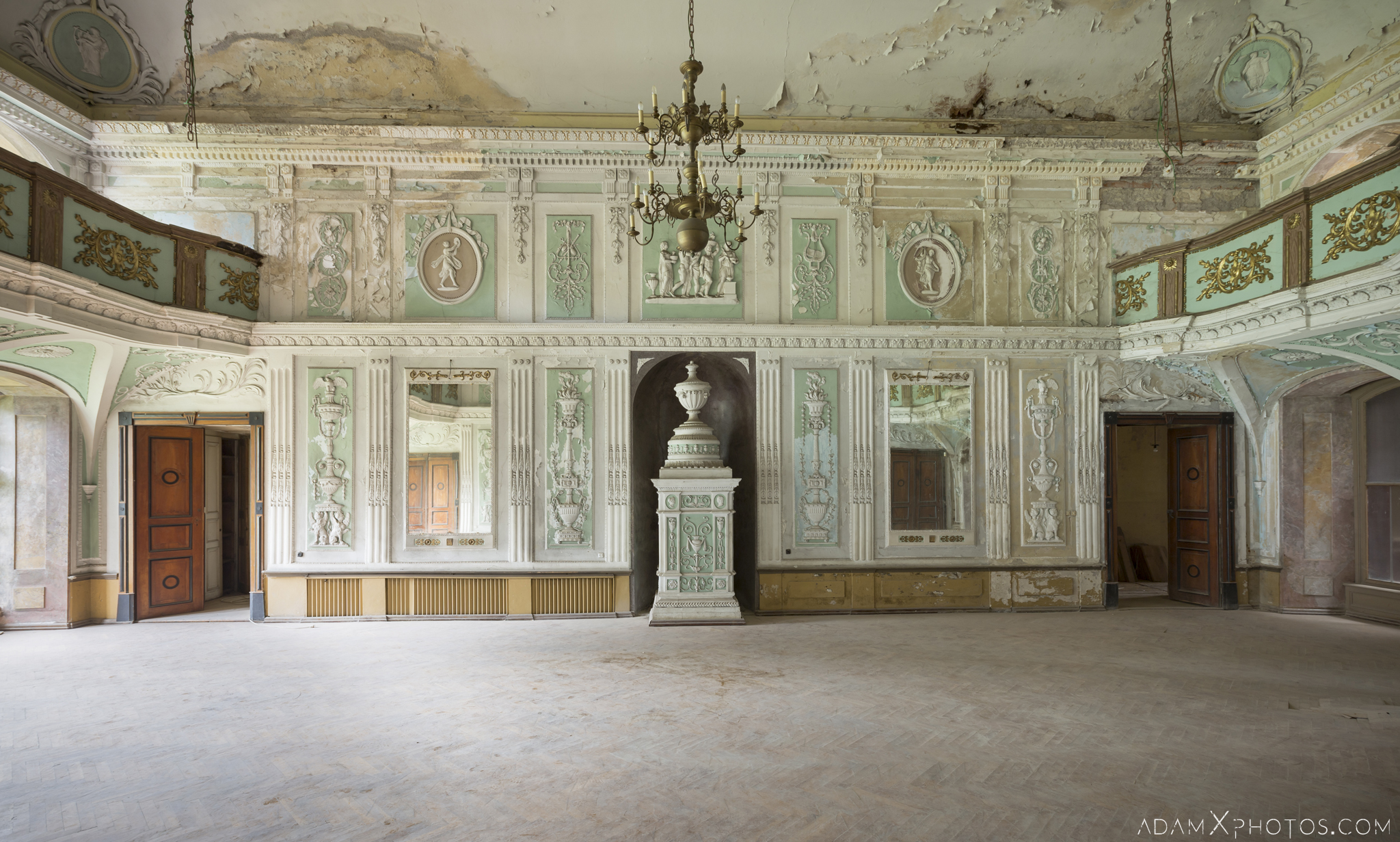 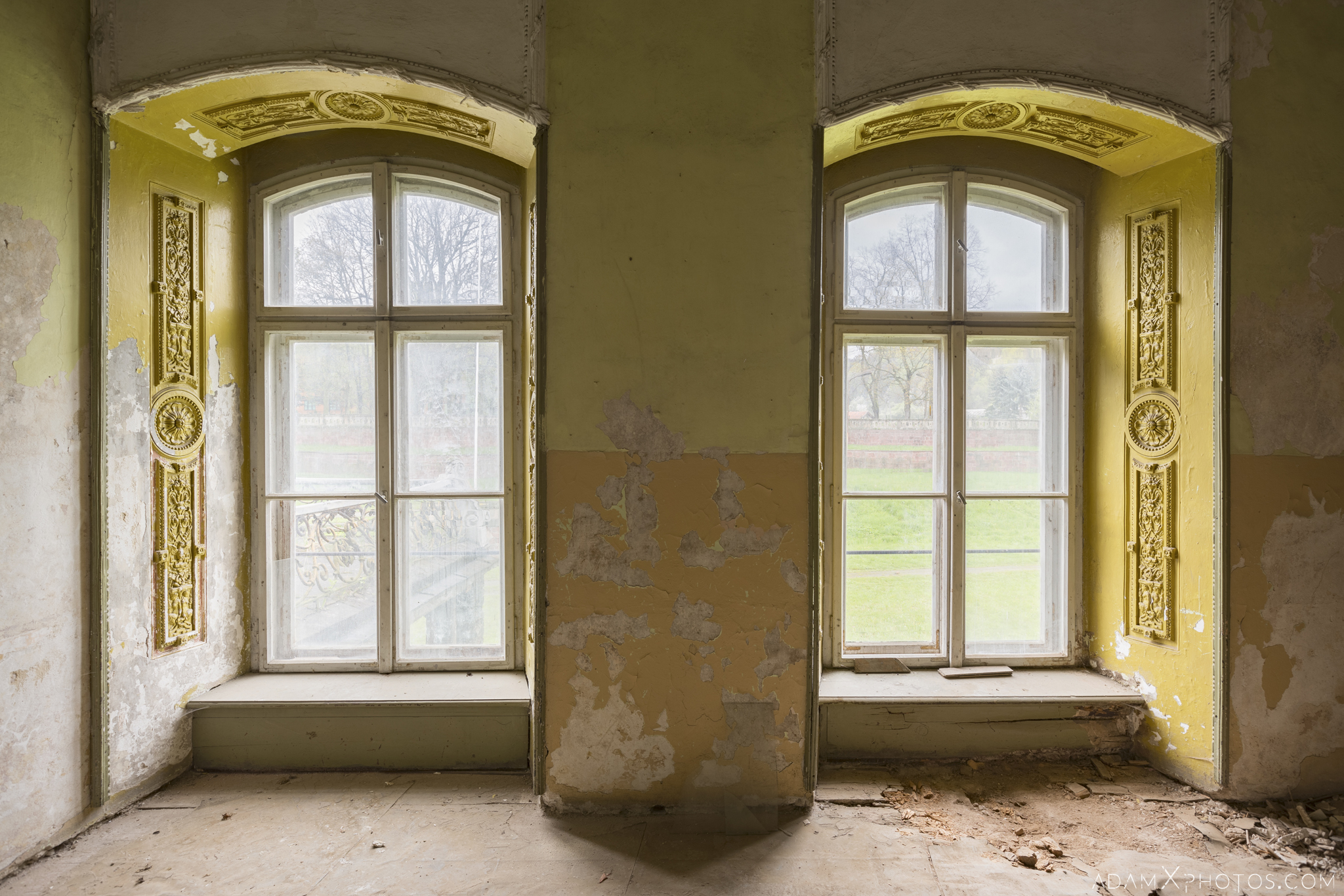 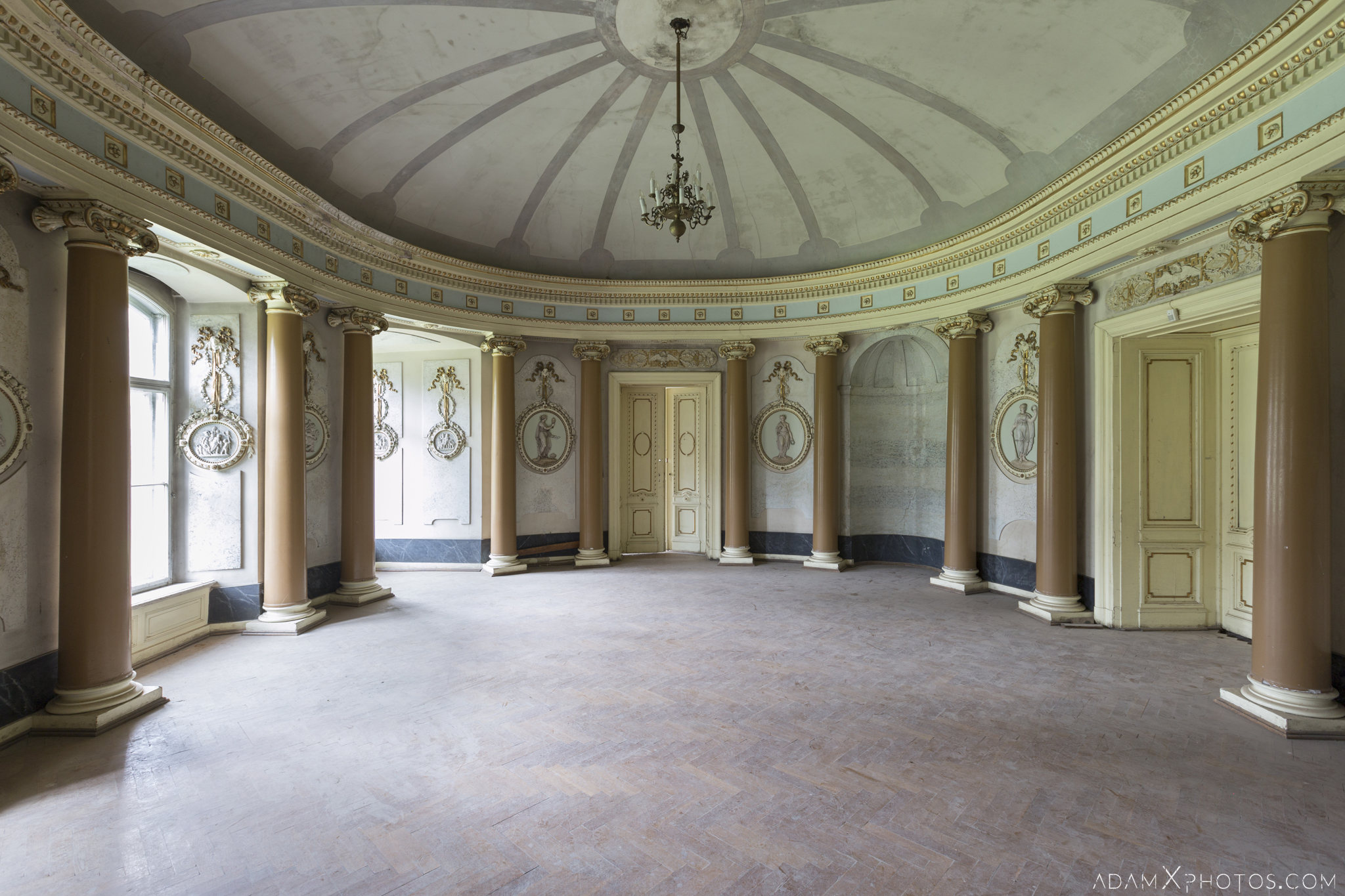 The grand carved wooden staircase was definitely one of the highlights – again a very long exposure was needed to capture this in near darkness. 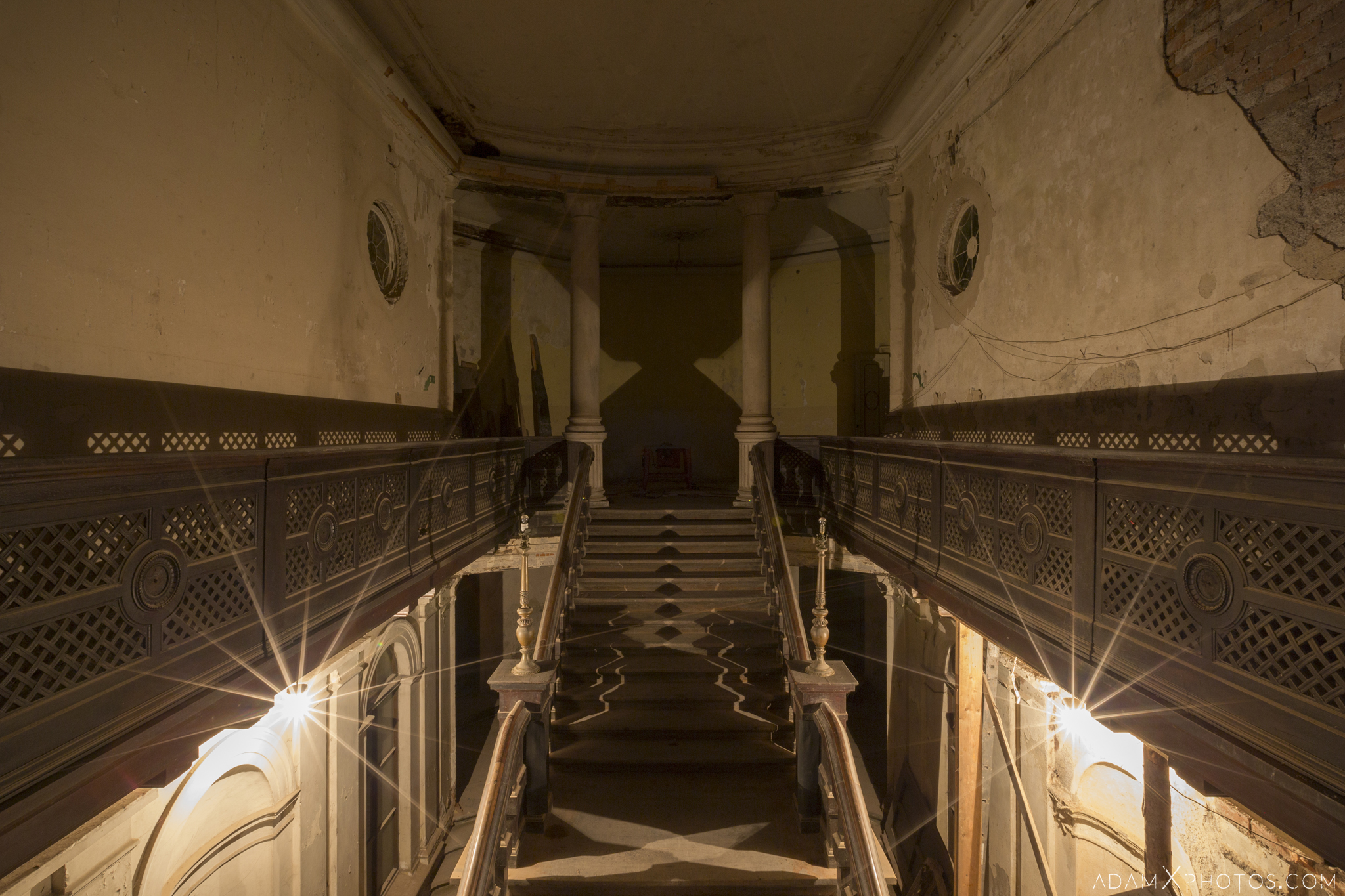 After all too soon it was time to leave. We thanked our gracious host again, and headed off to find our lodgings for the night and some much needed beers.

Thanks for coming by.