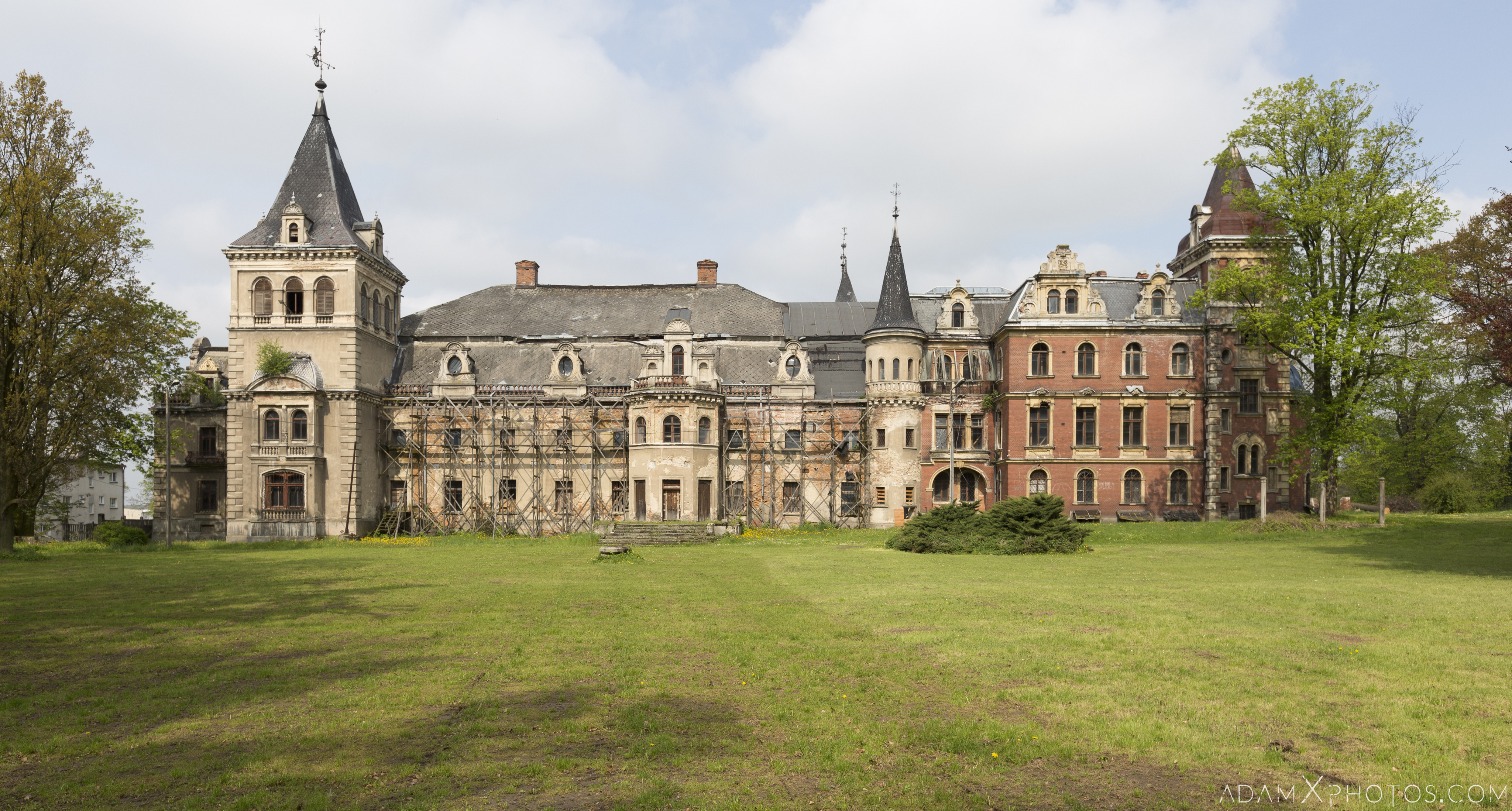 The fifth day of our German-Polish odyssey began with another permission visit to a once-grand palace whose future now seems precarious.

In 1678 a wooden castle was erected by the Beess family in the village of Krowiarki, with ownership passing to Leopold Paczyński in 1690 and Graf Strachwitz in 1800.

In 1826 Ernest Joachim Strachwitz built a new brick palace on the site, and between 1852-77 he reconstructed the castle in a neo-Gothic style, with a park added.

In 1856 the palace passed through marriage into the Henckel von Donnersmarck family. In 1898 the Northern wooden part of the palace was rebuilt and expanded in the Art Nouveau style.

The palace survived the war intact, and from 1947 became a State-owned Children’s Home and Nursery. In 1963 it became a Rehabilitation and Orthopaedic Hospital. In 1970 the hospital closed, and a period of decline and decay began. After privatisation in the 1990s the new owner did not repair or maintain the property, and in 2007 it was sold for €650,000 to a Luxembourg-owned company, which plans to renovate the site. Although some restoration works have been carried out, the future of the palace still seems uncertain one decade later. 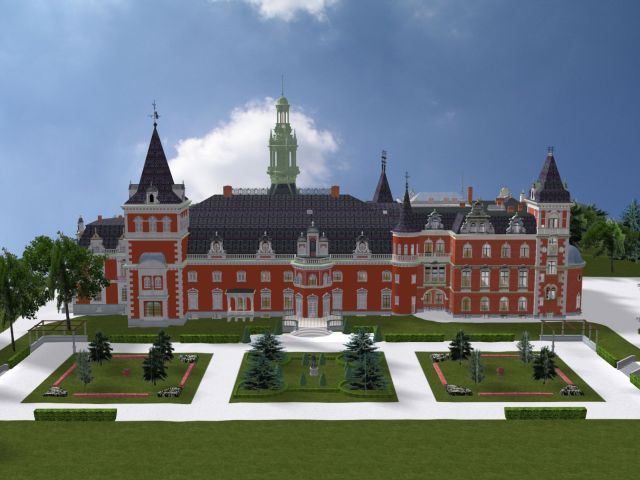 [An artist’s impression of how the renovated palace might look].

We arrived early on a gloriously sunny spring morning and were met by the palace’s guardian. Our appointment had been arranged through a friend of a friend, and all seemed quite vague and uncertain. Our host also seemed unsure whether to allow these four strange Brits with their tripods and backpacks into the grand palace, and we had to wait in his offices for 20 minutes or so whilst he made phone calls to persons unknown in inscrutable Polish. Eventually we were told that we could have one hour to photograph inside, but that would be it as a wedding party had booked a photoshoot there later that morning – we’ve heard that the owners usually charge hundreds of euros for such access, so we were certainly very fortunate to be allowed in for a far more modest contribution!

As with Palac Bozkow the night before our time was all too brief, but at least this time we had proper light within which to admire and photograph our beautiful surroundings…

Click on any photo to OPEN LIGHTBOX AND VIEW LARGE

The battered front of the palace, with a part of the former tower now lying broken – the current owners have vowed to replace it during planned renovations. 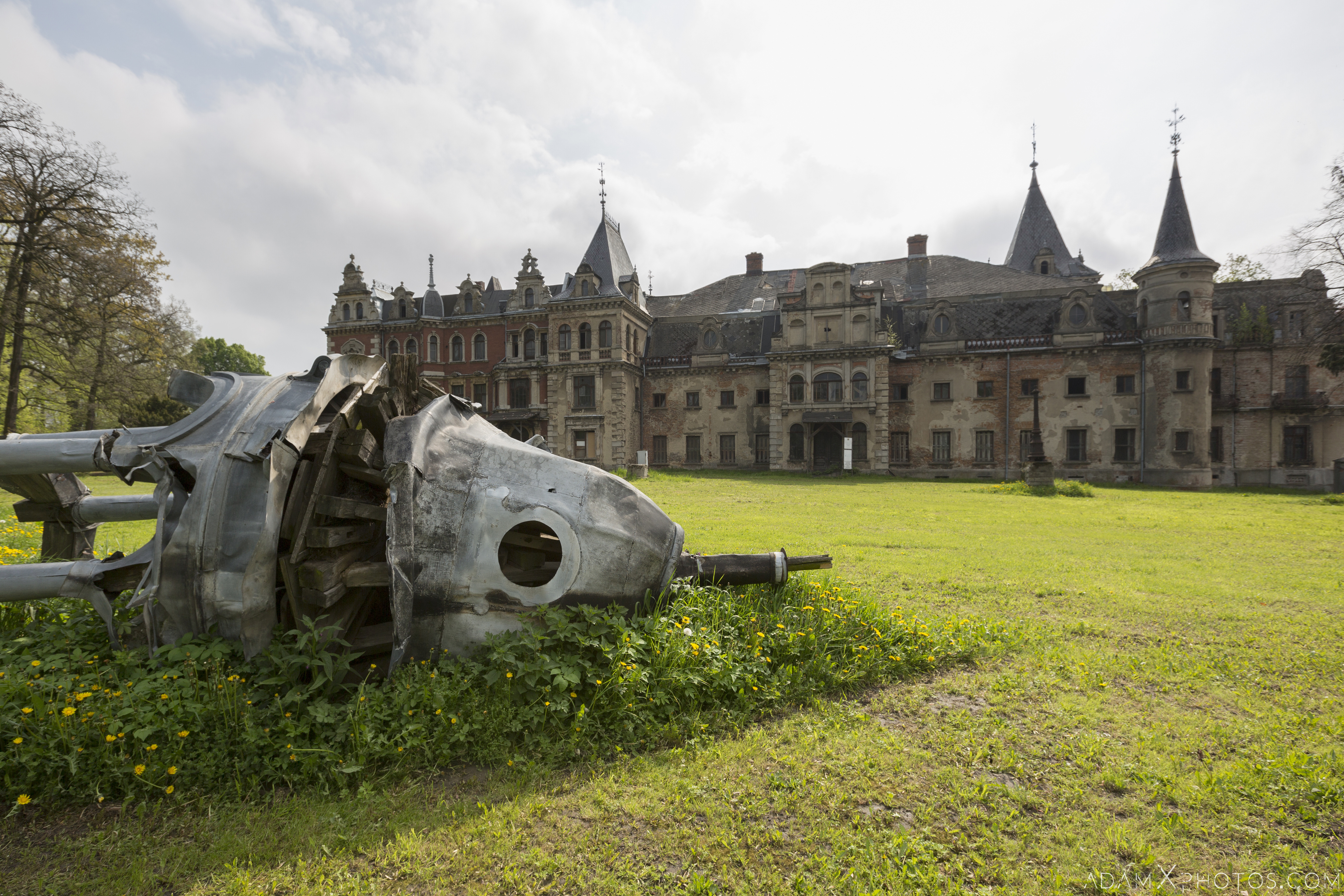 Whilst most of the rooms are currently stripped bare pending renovation, the grand central staircase was the main reason we’d wanted to visit the palace… 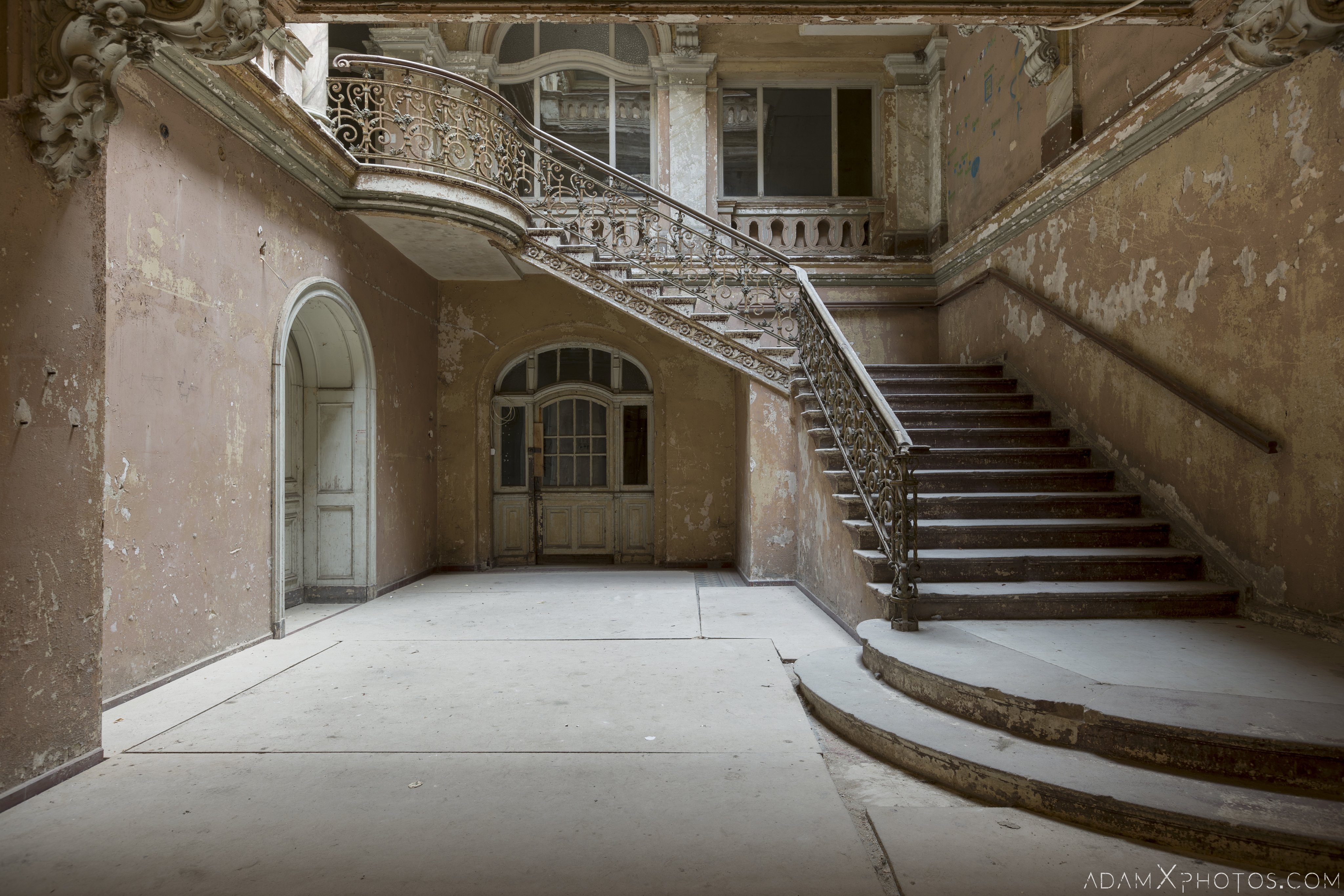 On the first floor landing… 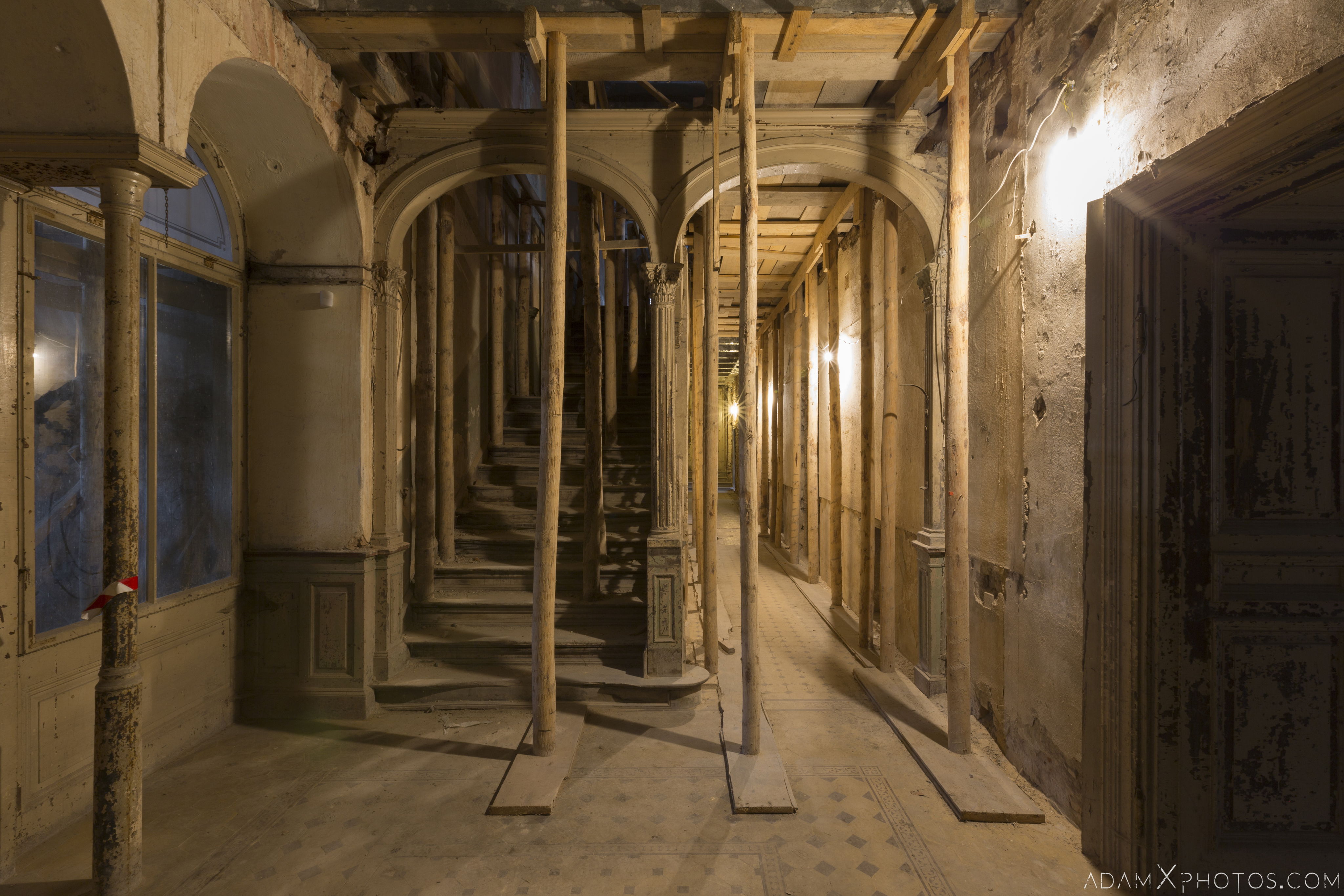 The ornate ceiling gave a glimpse back to former glories…

Up on the top floor landing, with the morning light flooding in. 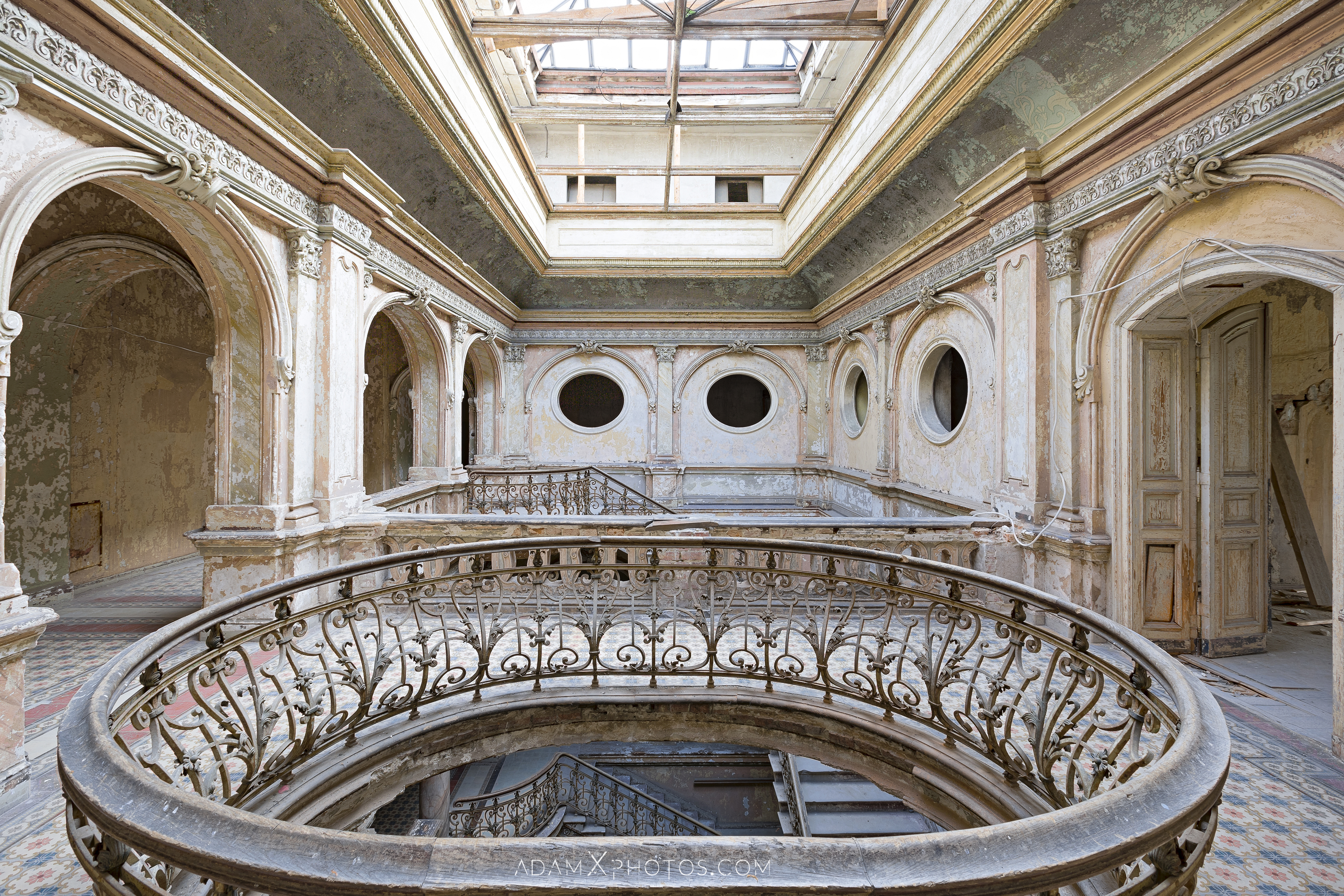 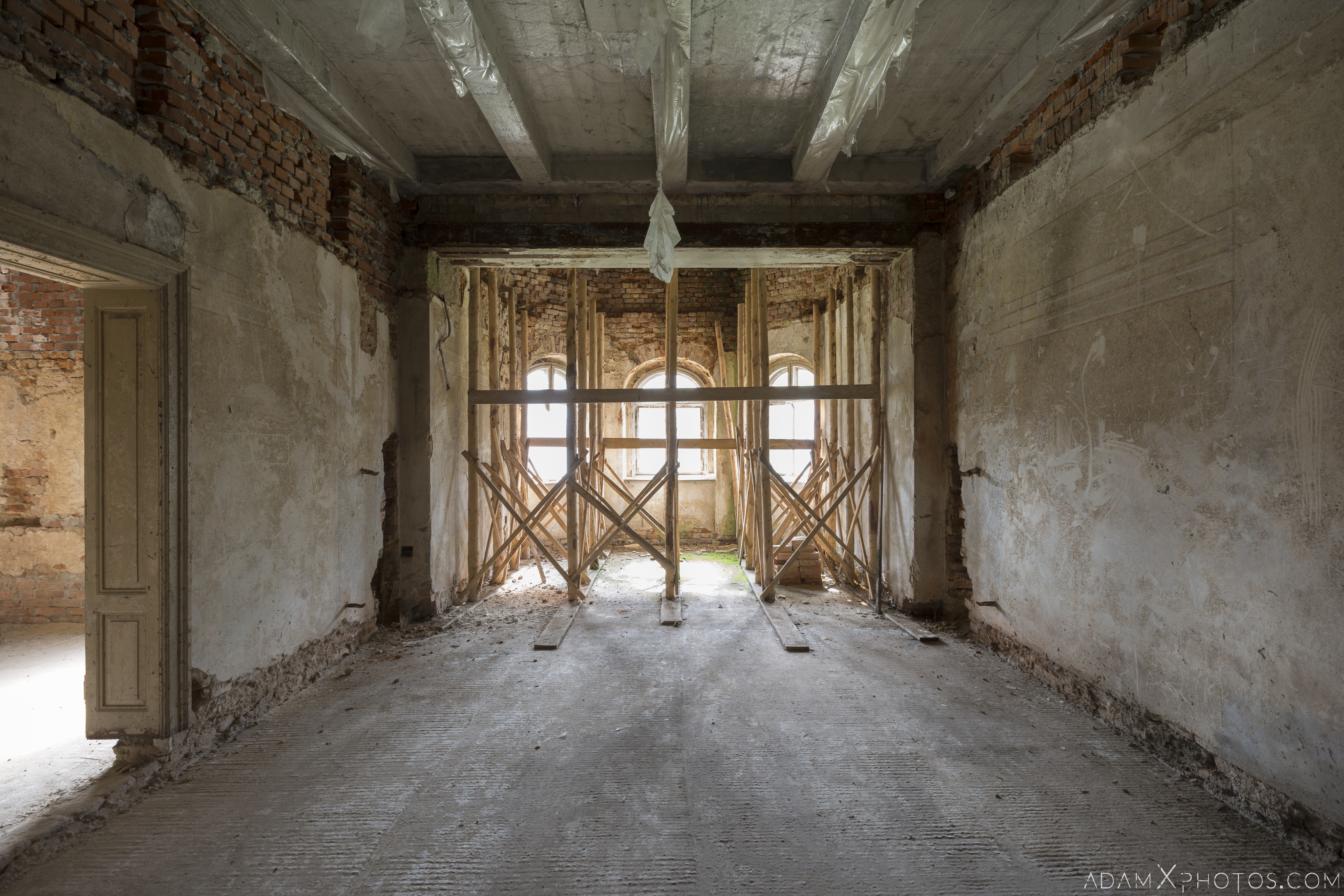 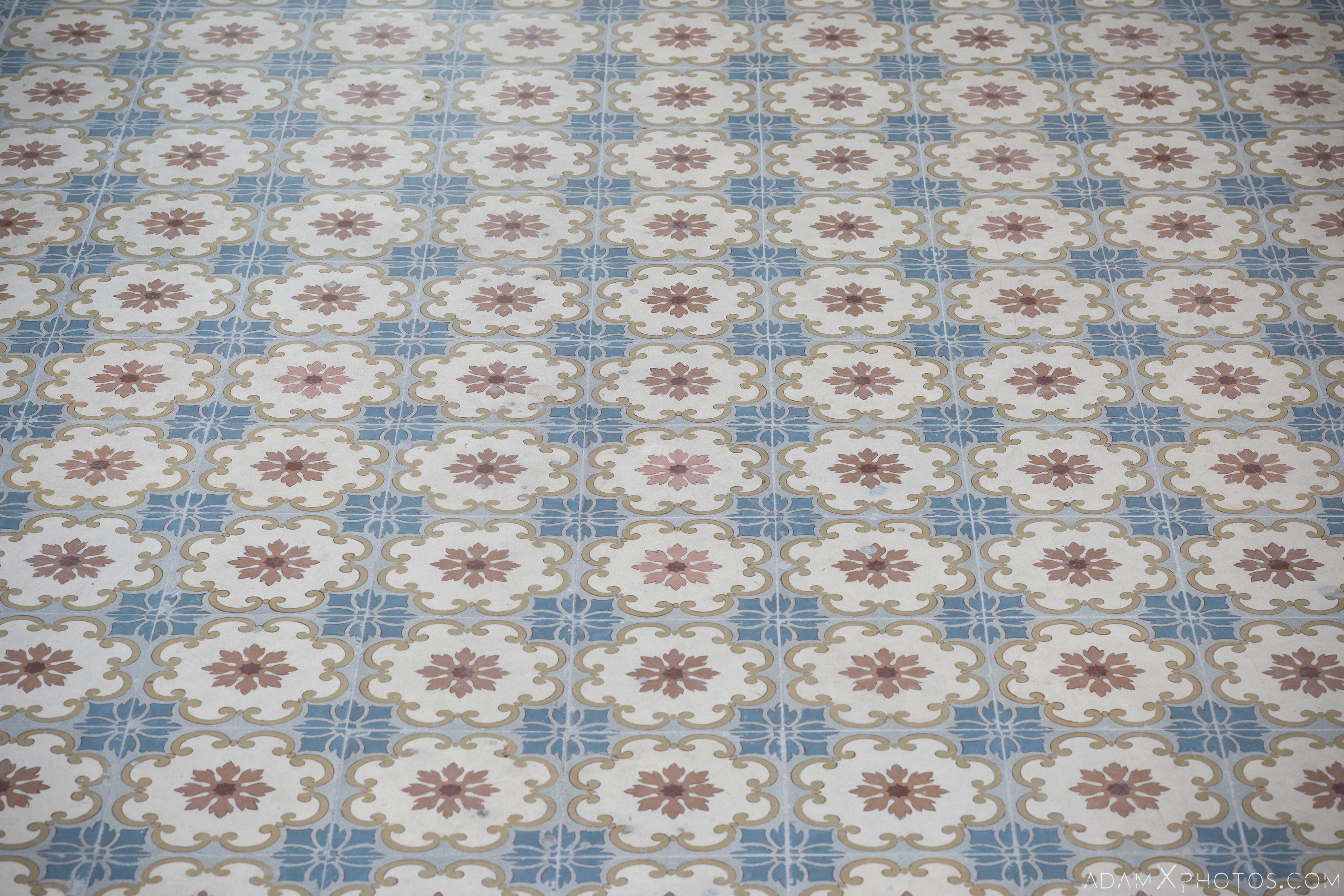 All too soon our host told us that our time was up, and we had to head back outside… The remains of the former tower – now resembling a post-apocalyptic art installation?! We spent a few minutes enjoying the sunshine and grabbing some more external shots, before once again hitting the road.