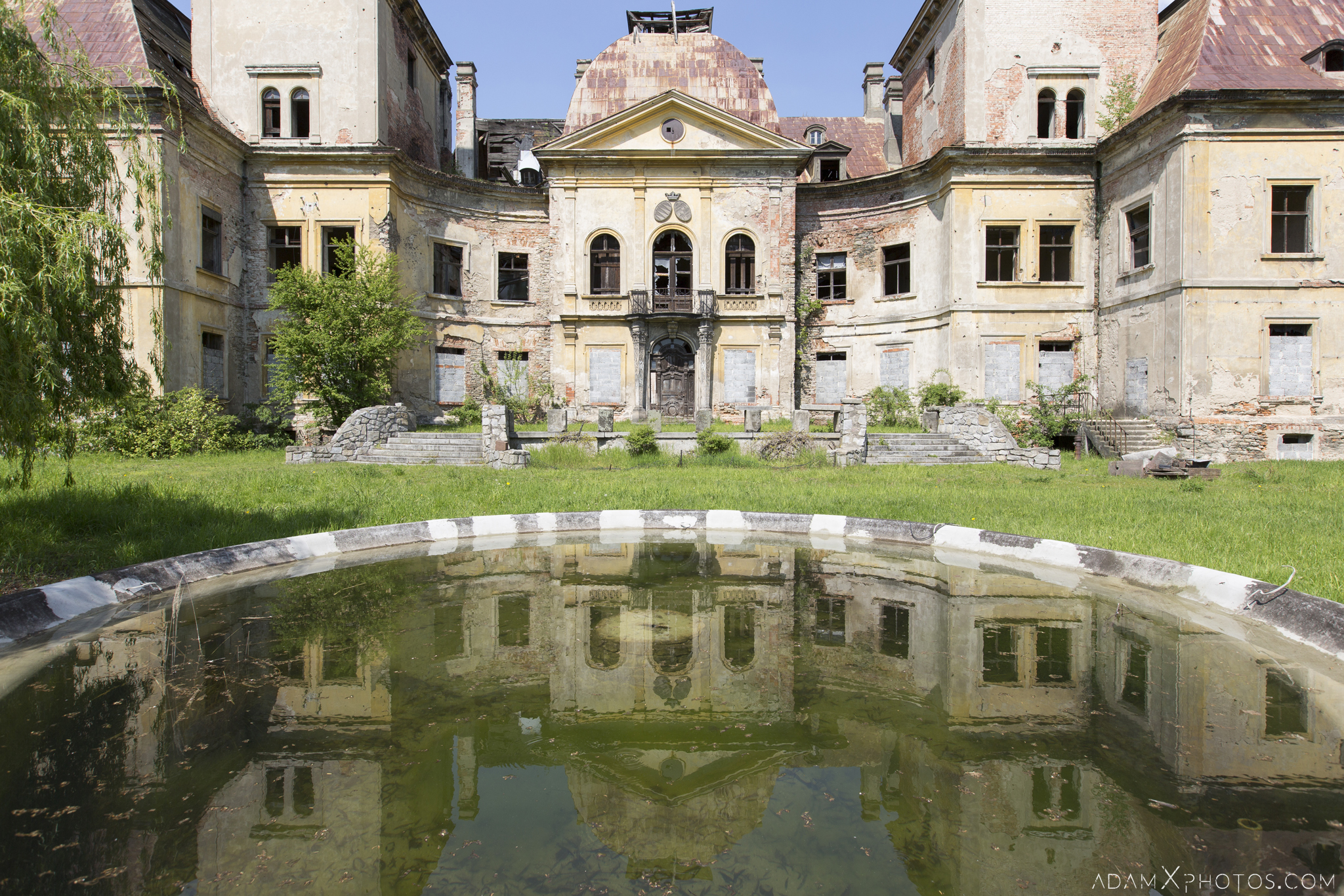 The first manor house on the site dated back to the 17th century and was owned by the von Gfug family. After the death of the last owner of this family,Karl Christian the Count von Gfug , the estate was inherited by his widow Eleonora Carolina the Countess von Hochberg. When she died in 1737 the village became the property of the von Posadowsky family.

In the 1830s the estate was acquired by Georg Earl von Stosch, and remained in his family until the early twentieth century. During this period the manor house was extensively reconstructed in 1887 into the appearance which the palace retains to the present day.

At the beginning of the twentieth century the property passed to the von Rohr family, and the last owner was Kurt von Rohr. After World War II the Palace was appropriated by the State and formed the hub of the local Państwowe Gospodarstwo Rolne (PGR), which was a form of collective farming created in 1949 to provide socialist ownership of agricultural land by the government. These PGRs were relatively inefficient and subsidized by the government, and most went bankrupt quickly after the fall of communism and adoption of a market economy by Poland.

The Palace has been privately owned since 1997, but sits empty and decaying.

From a quick recce of the Palace it was clear that there was nothing left inside of any interest, and venturing further inside would have been an exercise in pointless danger. We therefore soaked up the glorious sunshine outside and made do with a few quick external shots of its still photogenic façade.

We did have one rather worrying moment, when looking to the side of the building two huge rottweilers suddenly came running from the neighbouring property towards us – thankfully they only barked for a few heartstopping moments before retreating back to their owner’s property! 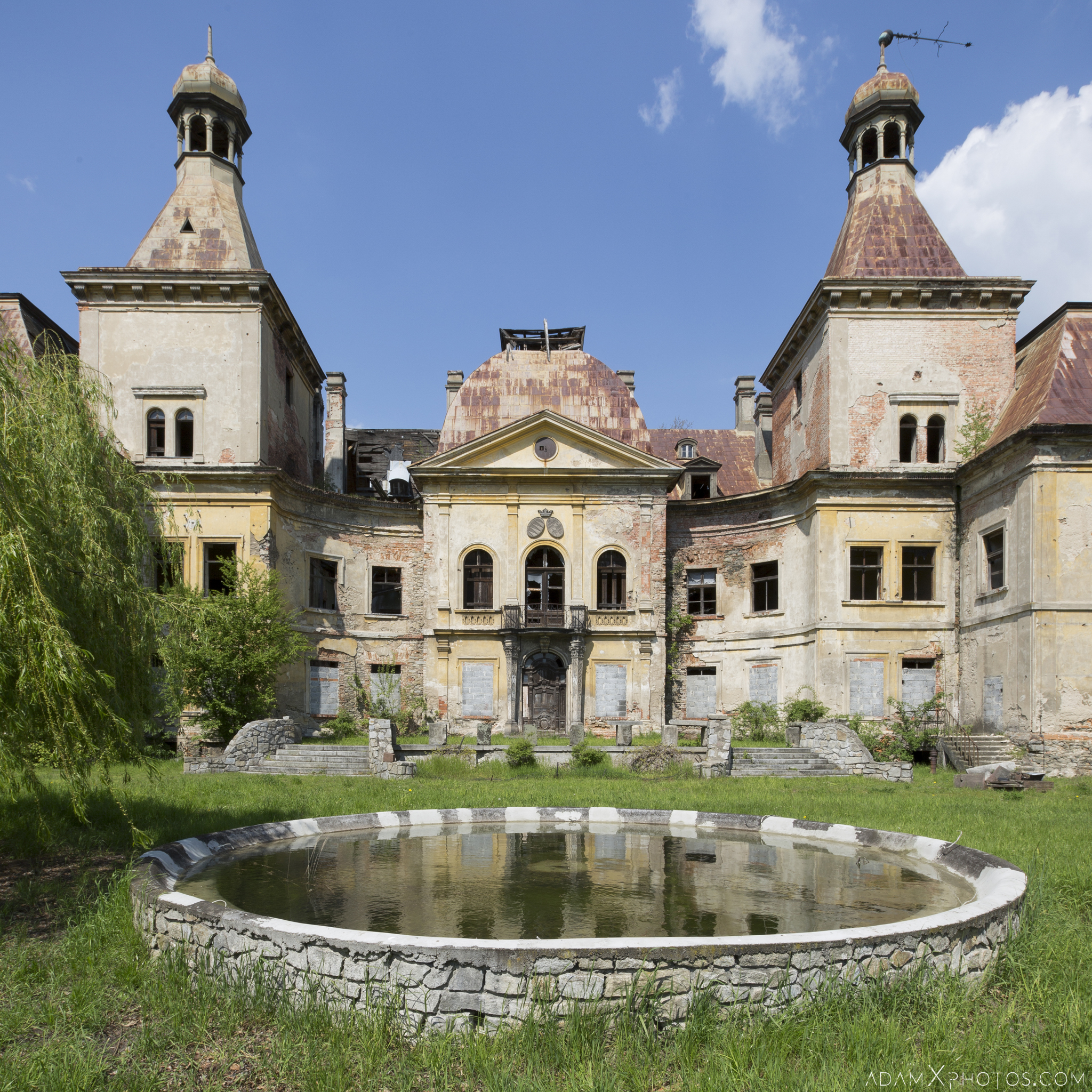 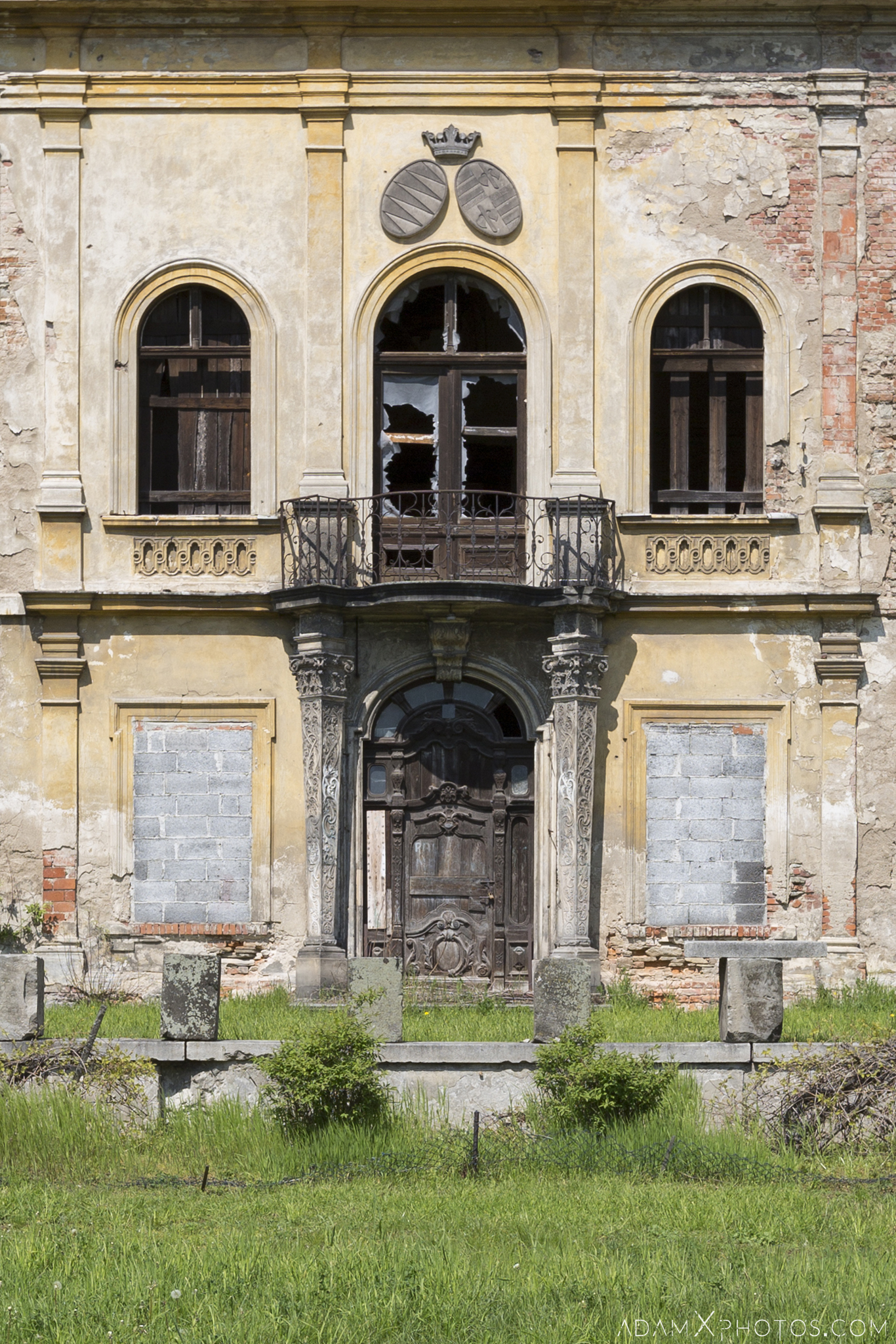 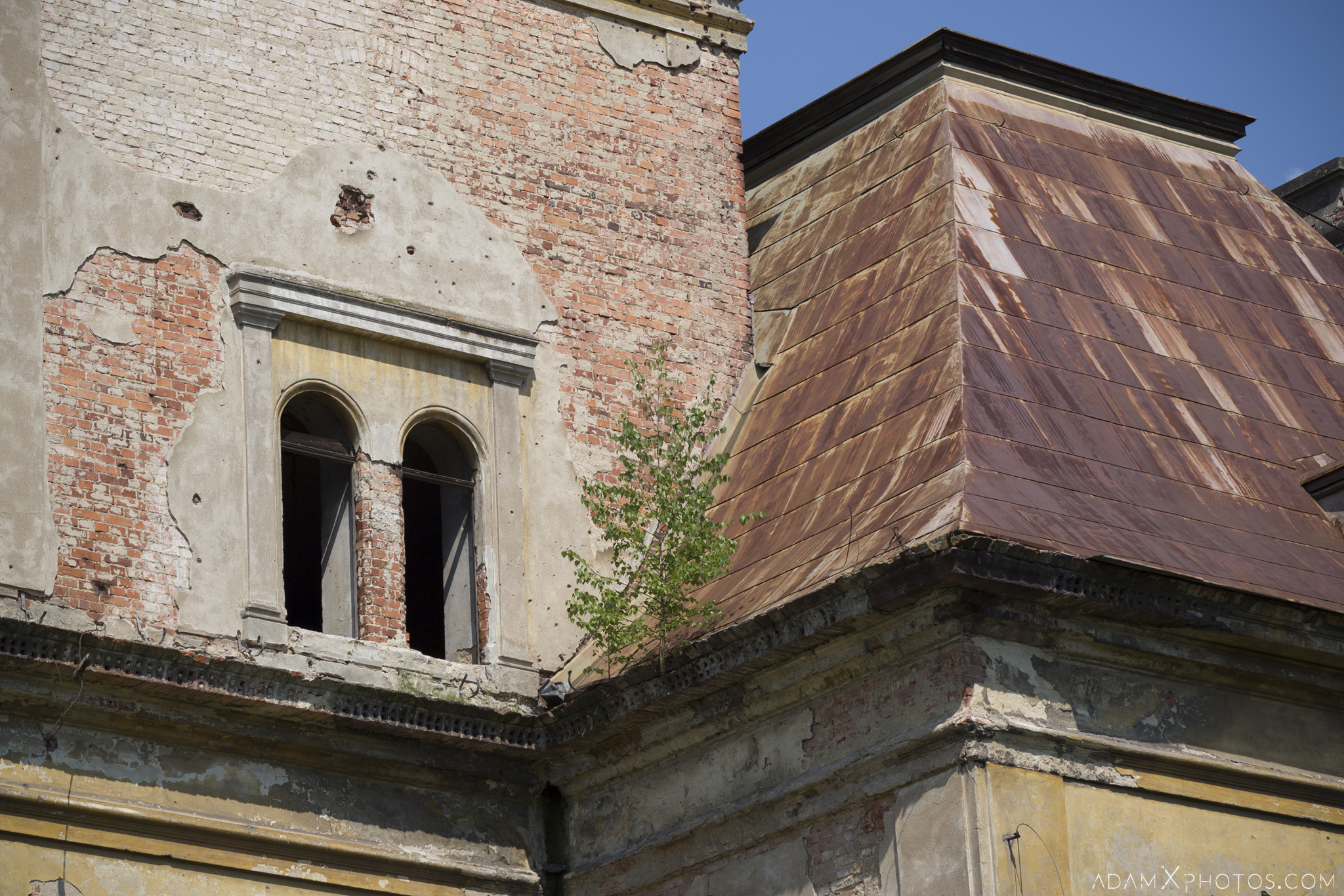