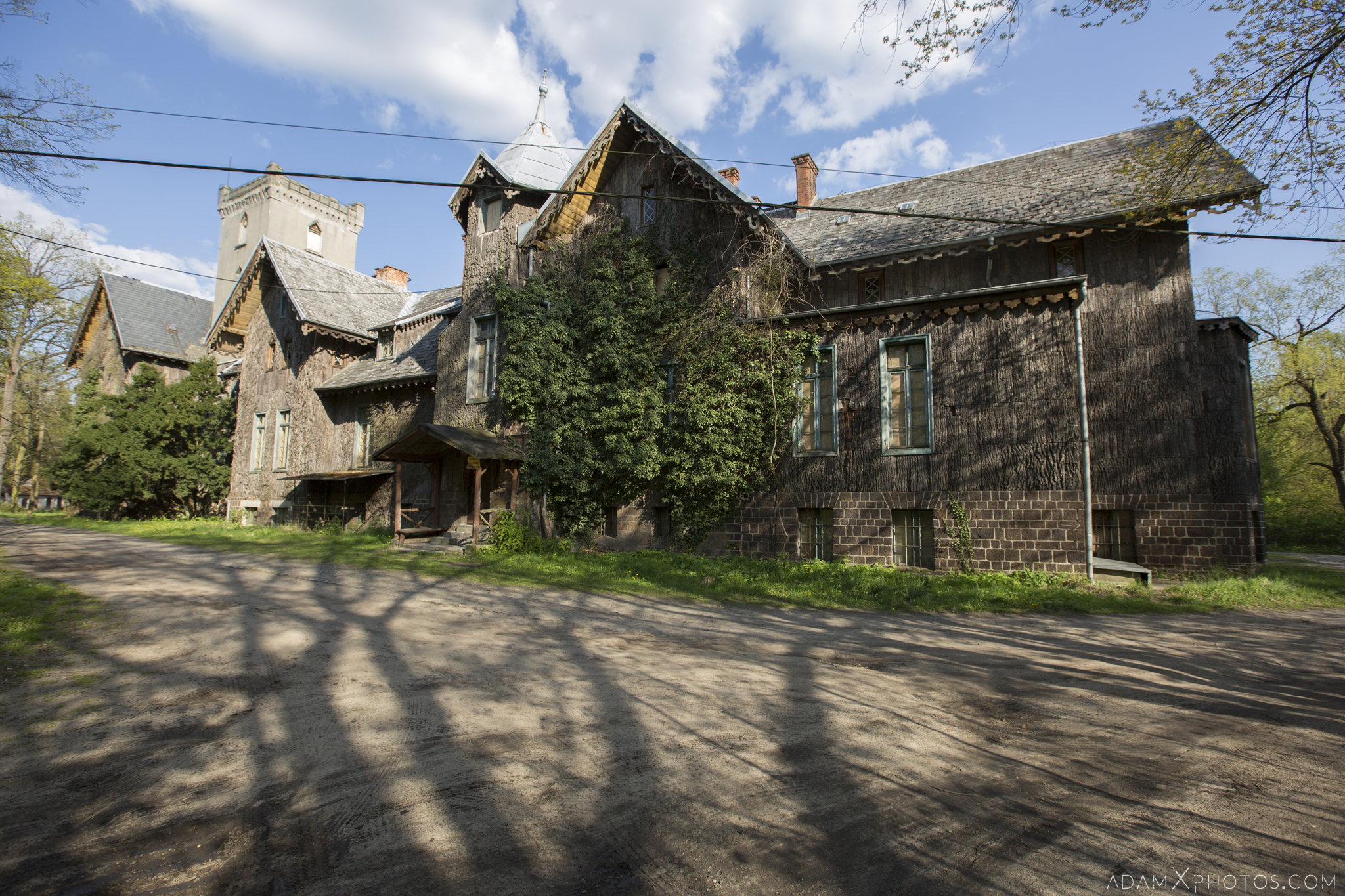 As we continued our Polish roadtrip, next on the list was this rather strange ‘palace’ lost deep in some woodland…

The Palace was built in the 1850s for the Duke of Brunswick-Oleśnica Wilhelm, and was designed by the architect Karłowski. It was extended in 1895 and again in 1902-1903, and is counted among the most architecturally valuable buildings in the region. The palace is constructed of several blocks 1-2 storeys high on the cellars, partly brickwork filled with brick, boarded and covered with bark of cork oak imported from Africa, and complemented with native oak bark. It is thought to be one of only two palaces in Europe whose facade is lined with this bark. In the central part of the palace there are four rooms with original wooden ceilings with pseudoconcrete décor, and two other rooms feature wall paintings.

From 1886 the palace was owned by Baron Daniel von Diergardt, and from 1891 by his widow Agnes von Diergardt. 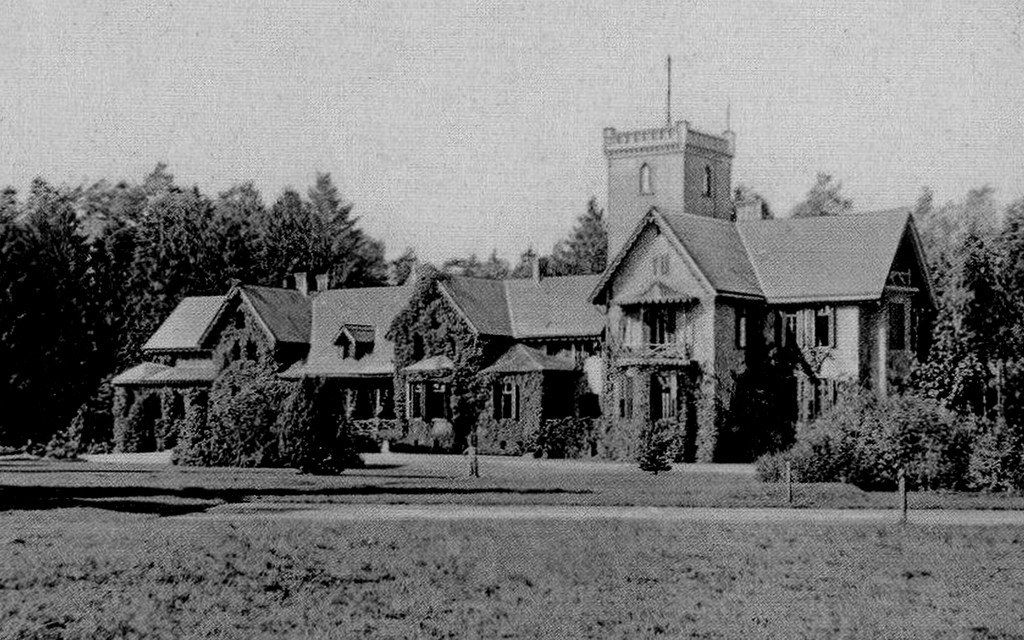 During World War II the pine forests and grounds of the palace were liberated by armoured units of the Soviet Red Army, and prisoners of war used to work harvesting wood. After the war the palace was used as a Centre for the Improvement of Forest Workers, before becoming a forestry technical school and vocational training centre from 1950-1975. After closure of the school the palace remained in the ownership of the State Forests division, later becoming another training centre (1975-1988), and a hotel for forestry workers (1988-1992).

The palace was sold into private ownership in 1992, and is listed on the ‘Register Of Immovable Monuments’ of the Wielkopolska province.

This was another permission visit arranged by James via some Polish contacts. We were met by a rather strange old man, whose status was not entirely clear – we think he was the caretaker, but at one point during our visit someone else turned up and started berating him in Polish! We did our best to ignore the distractions, and spent an hour grabbing a few shots of the dilapidated building… 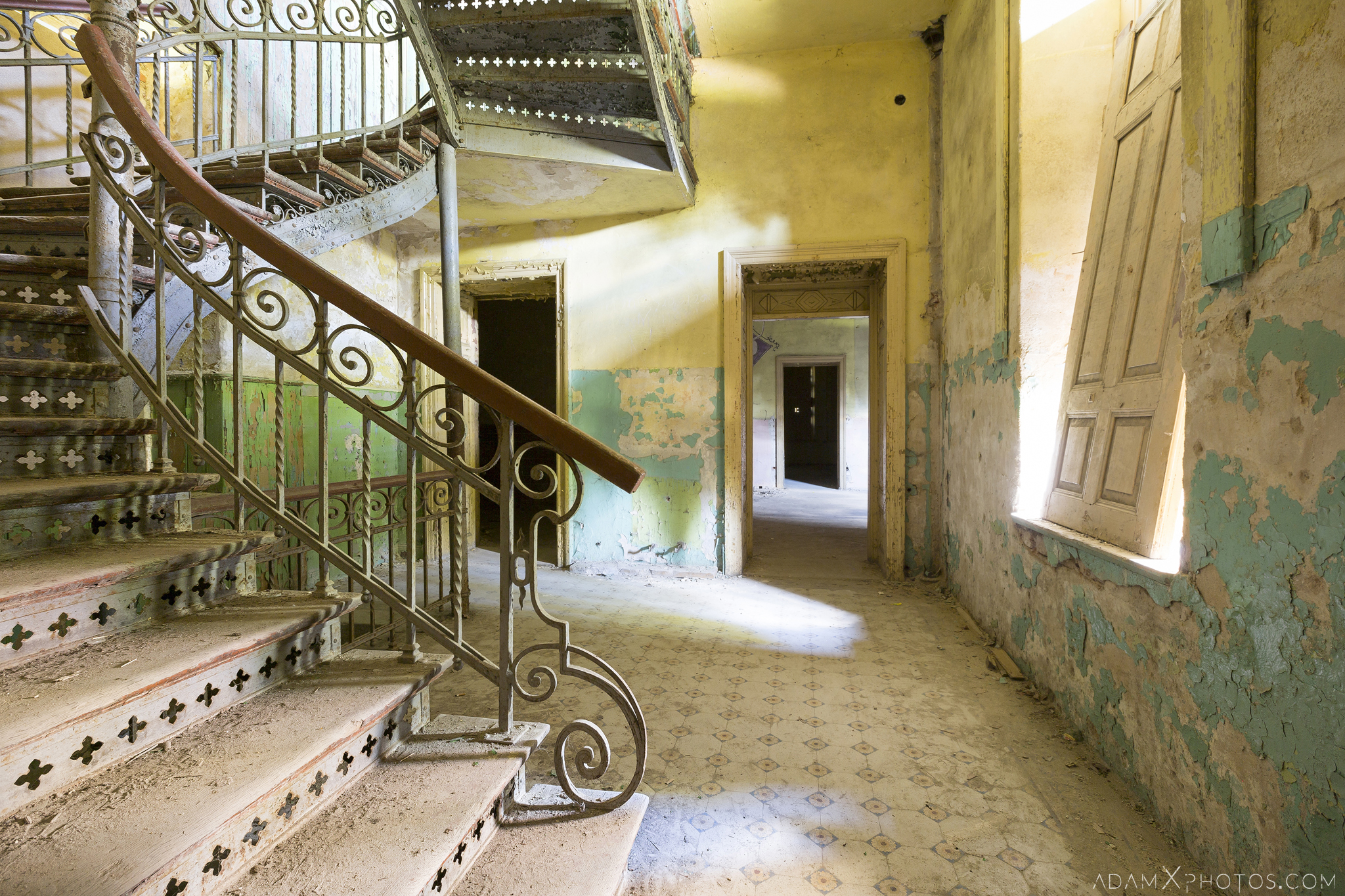 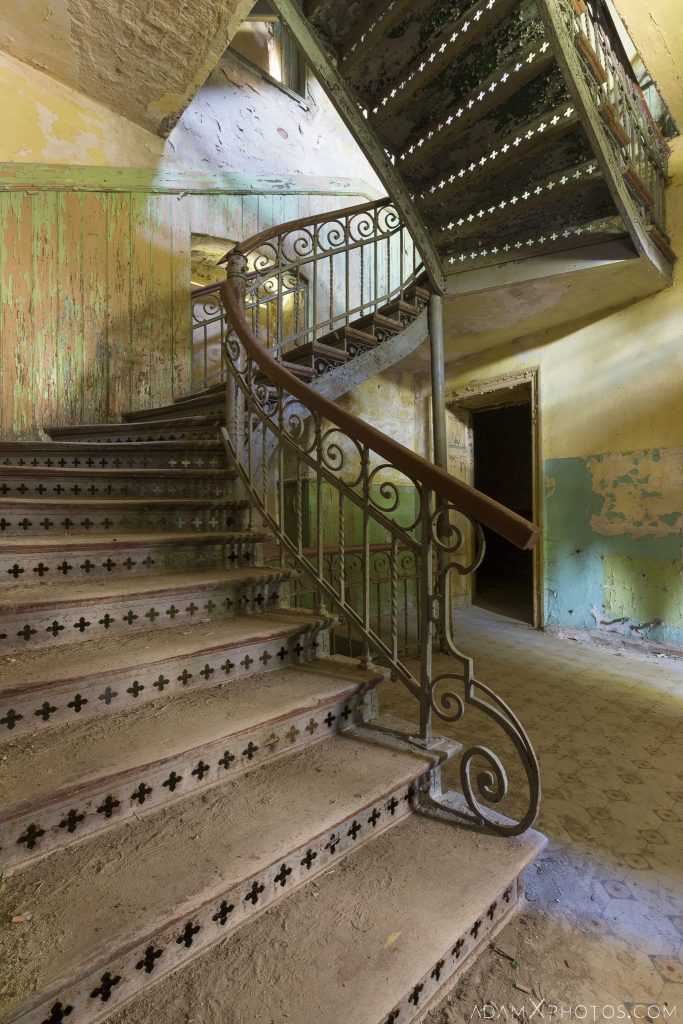 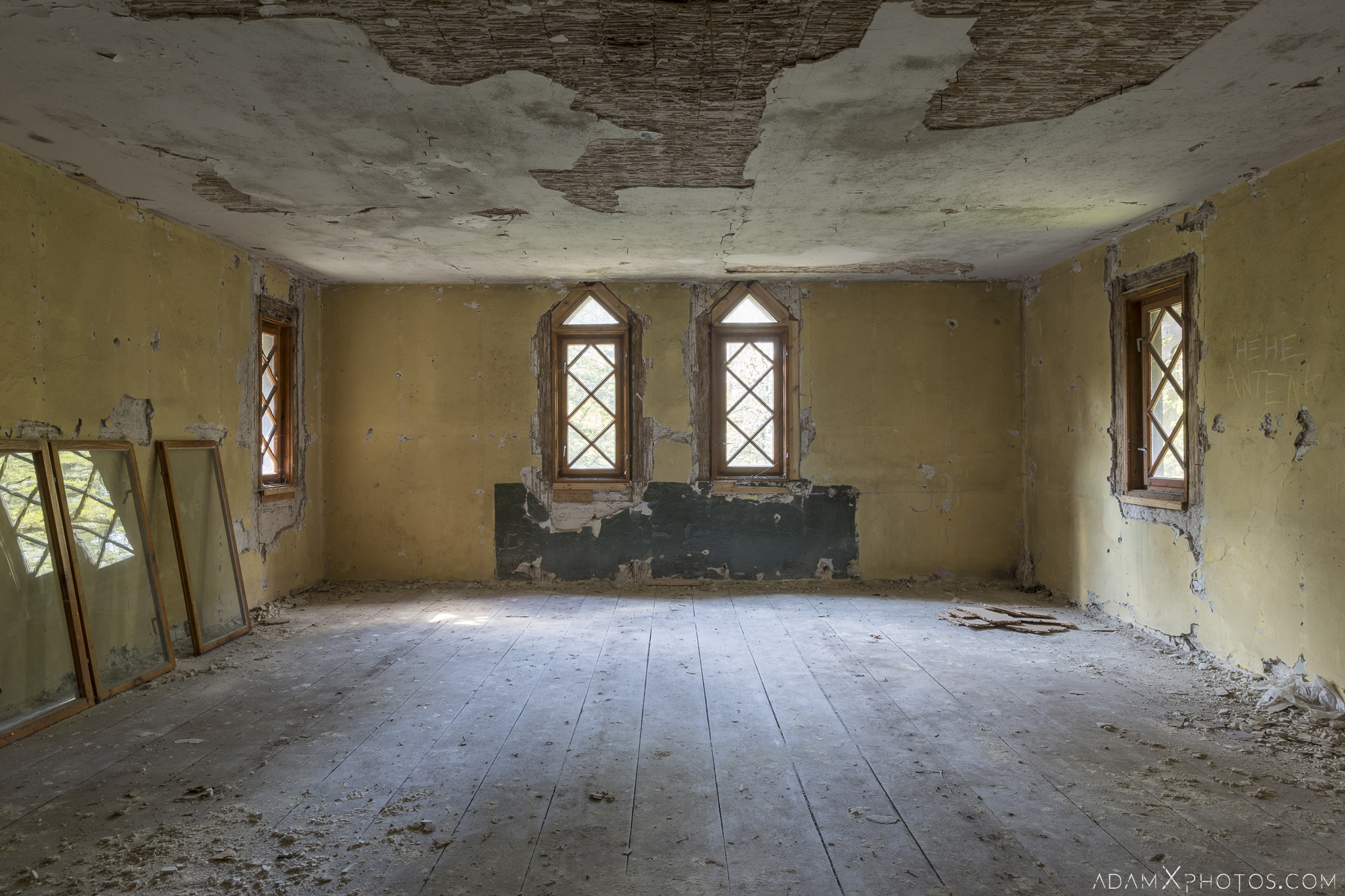 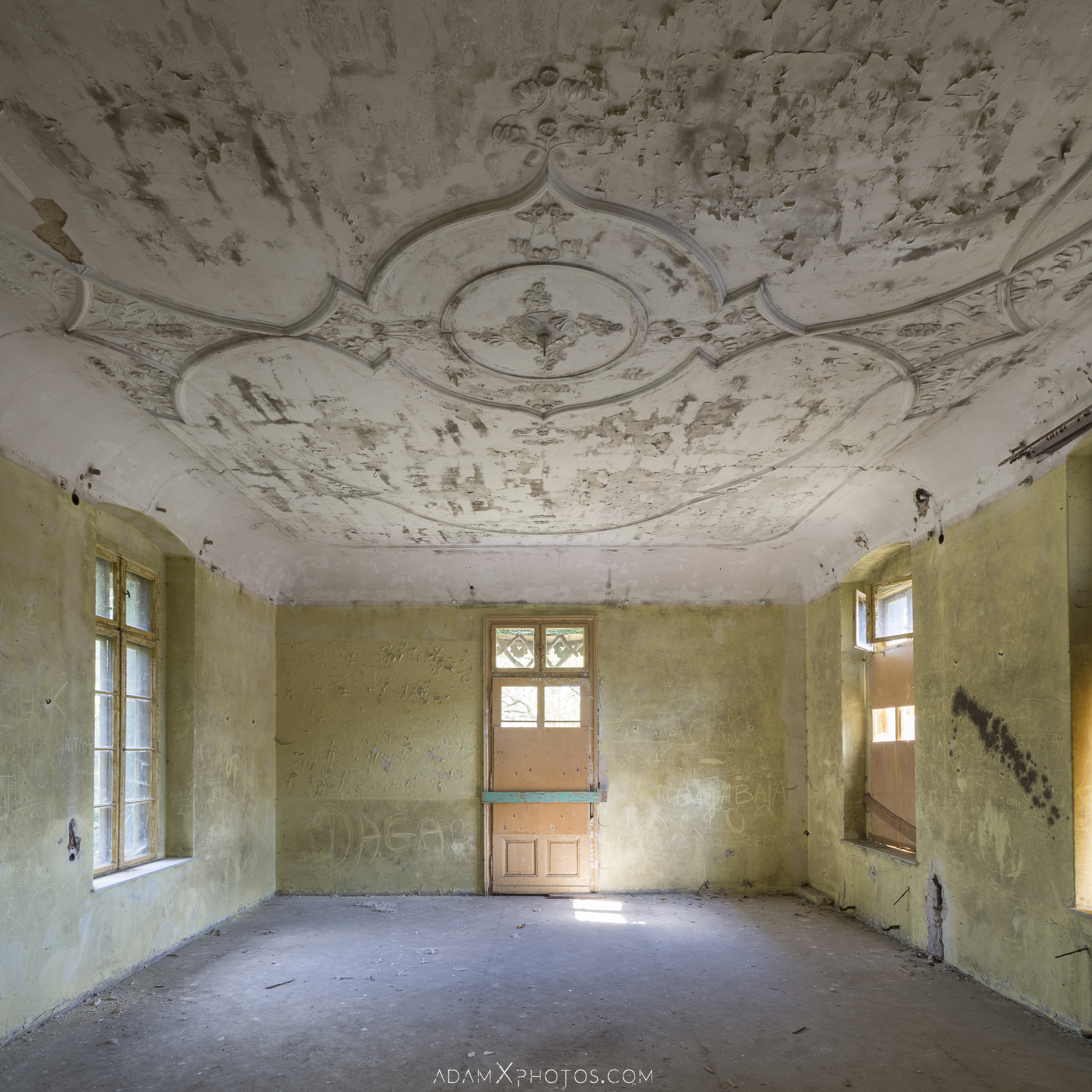 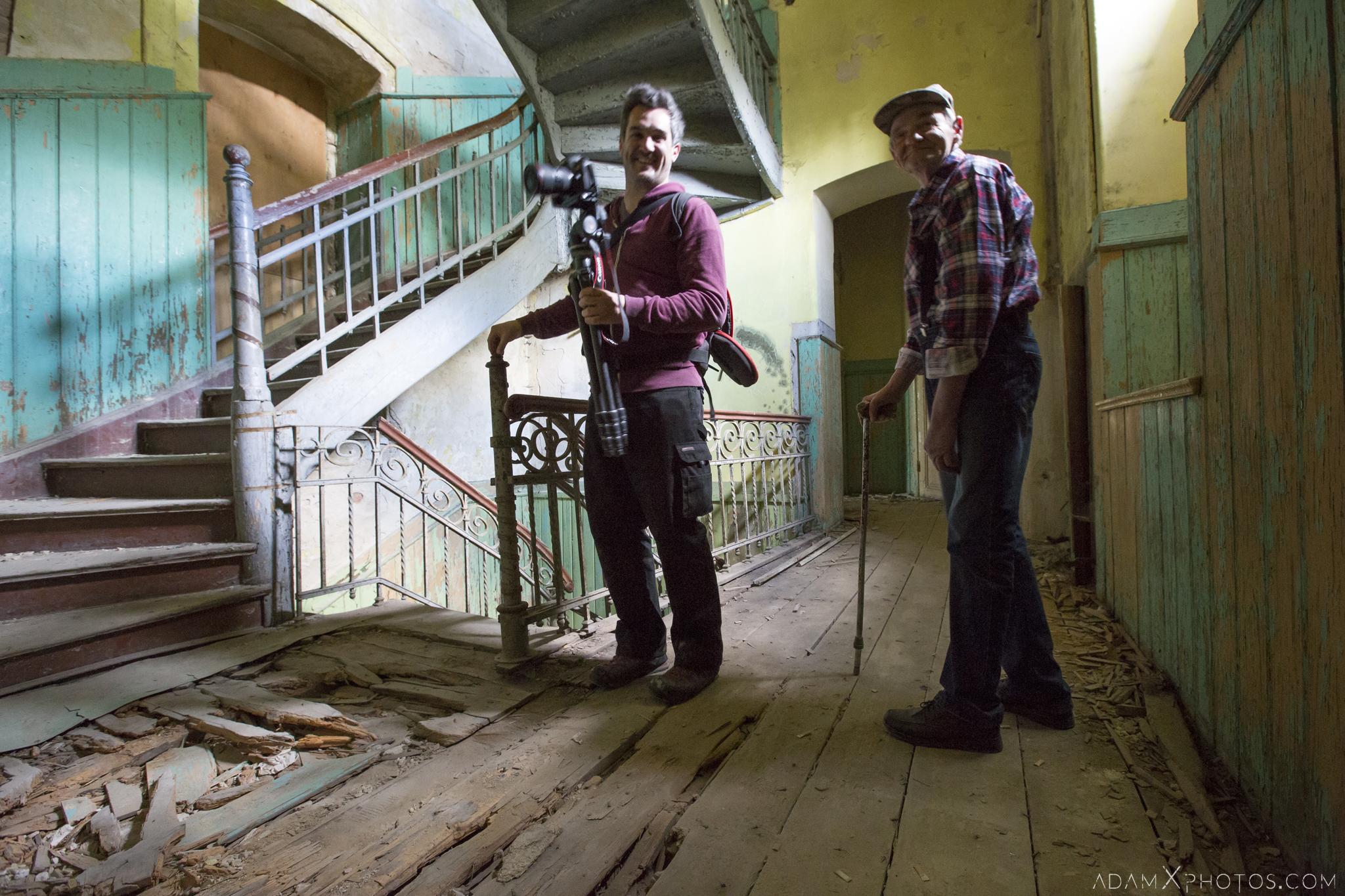 James and his Dad 😛 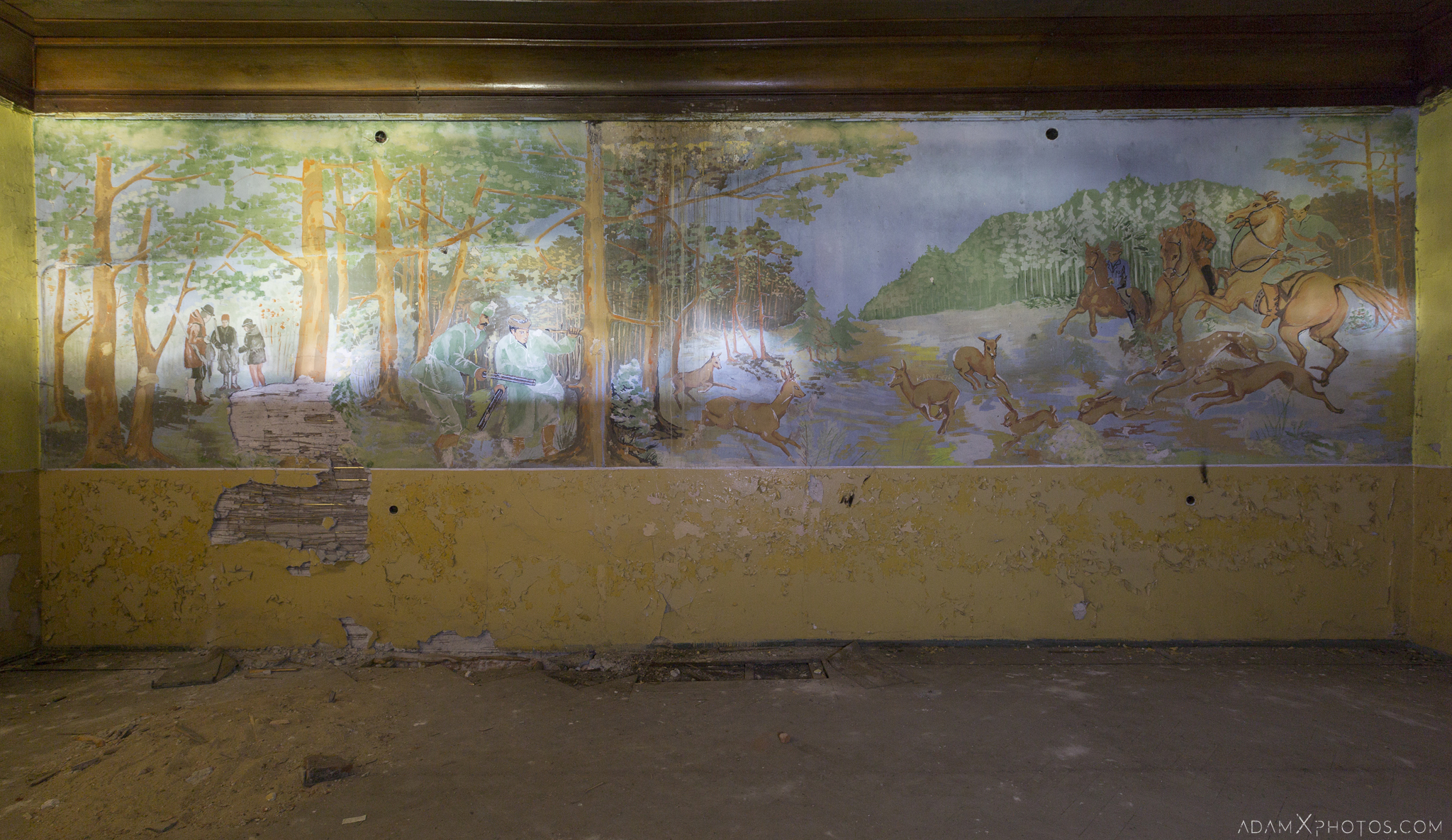 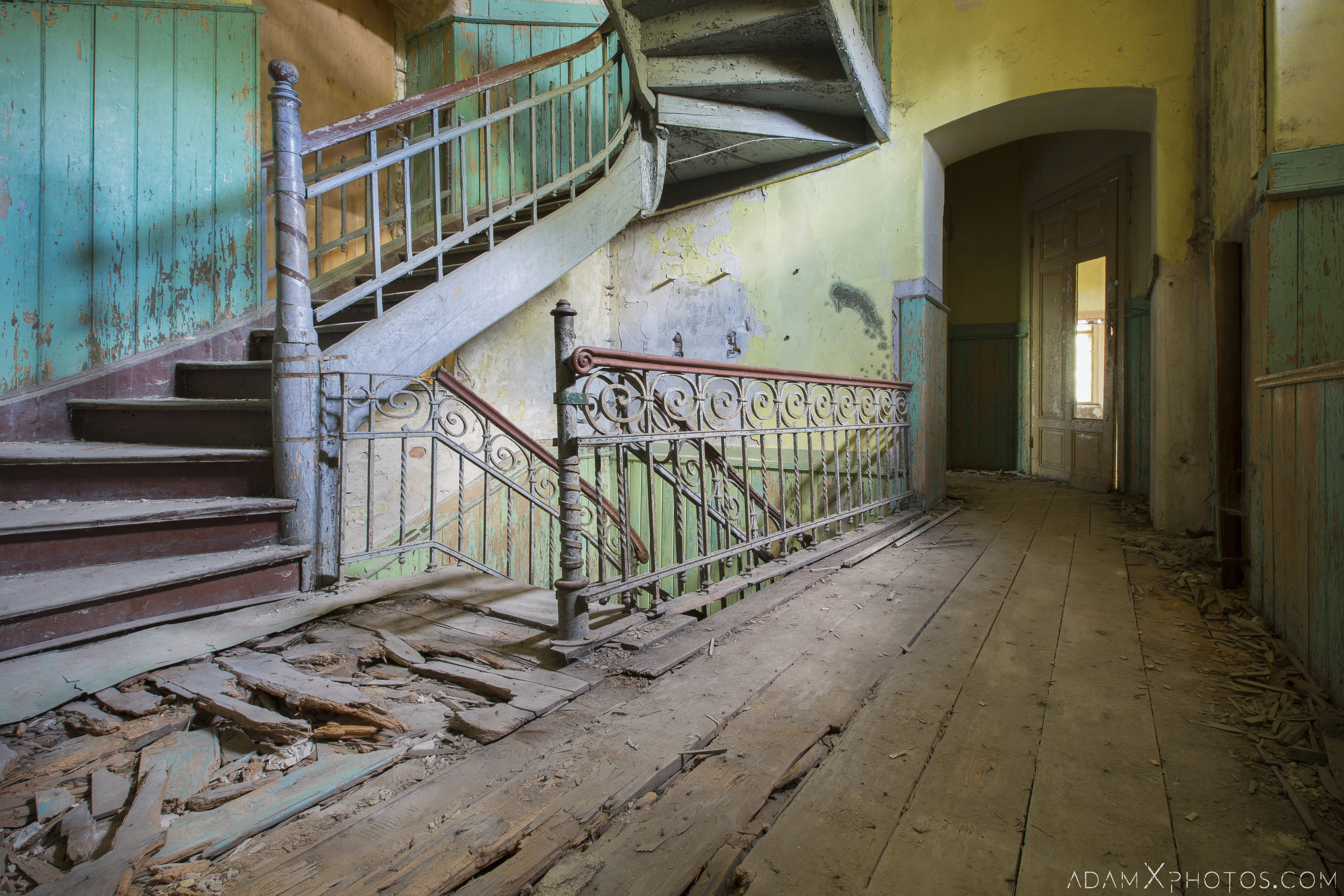 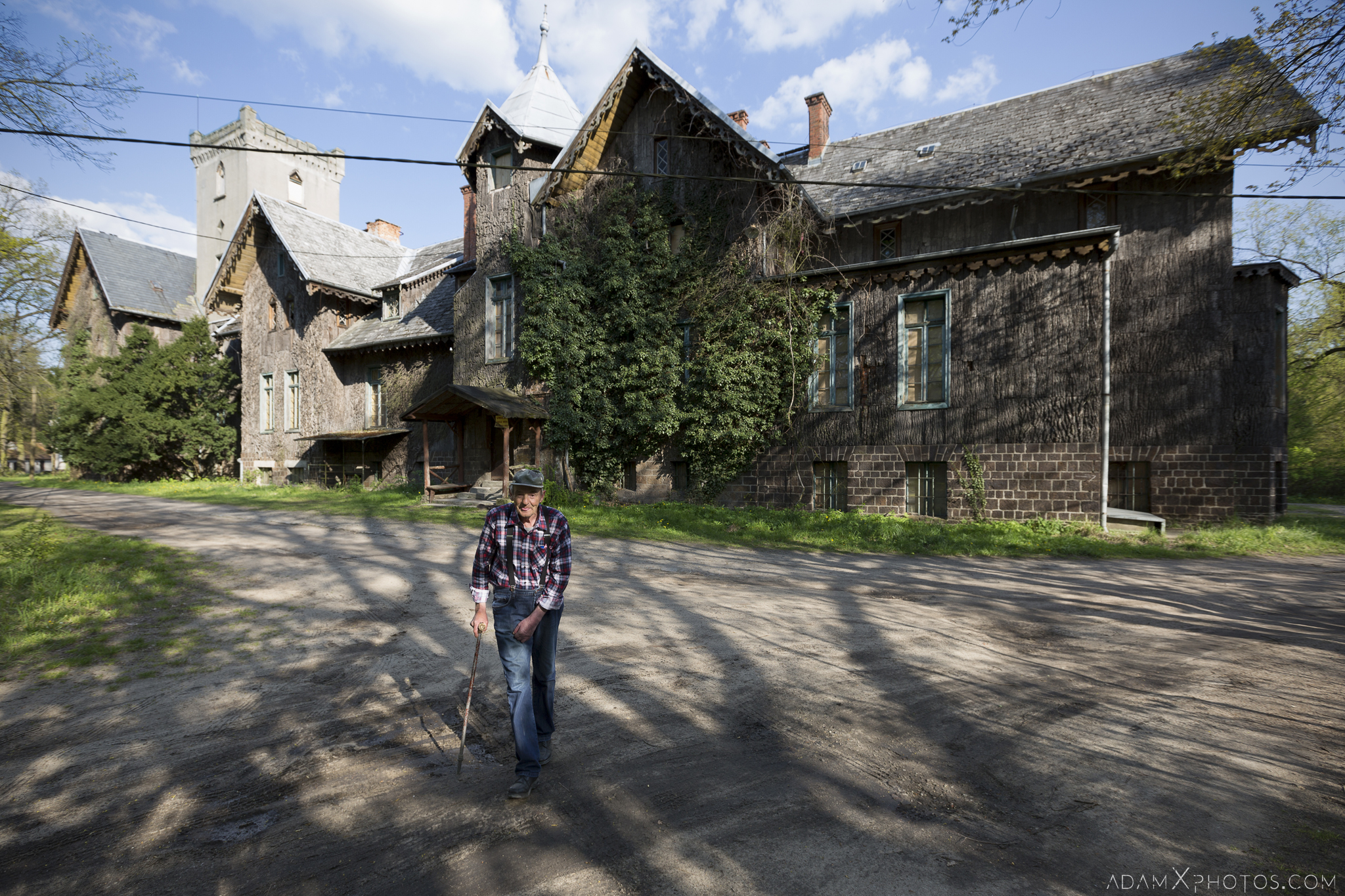 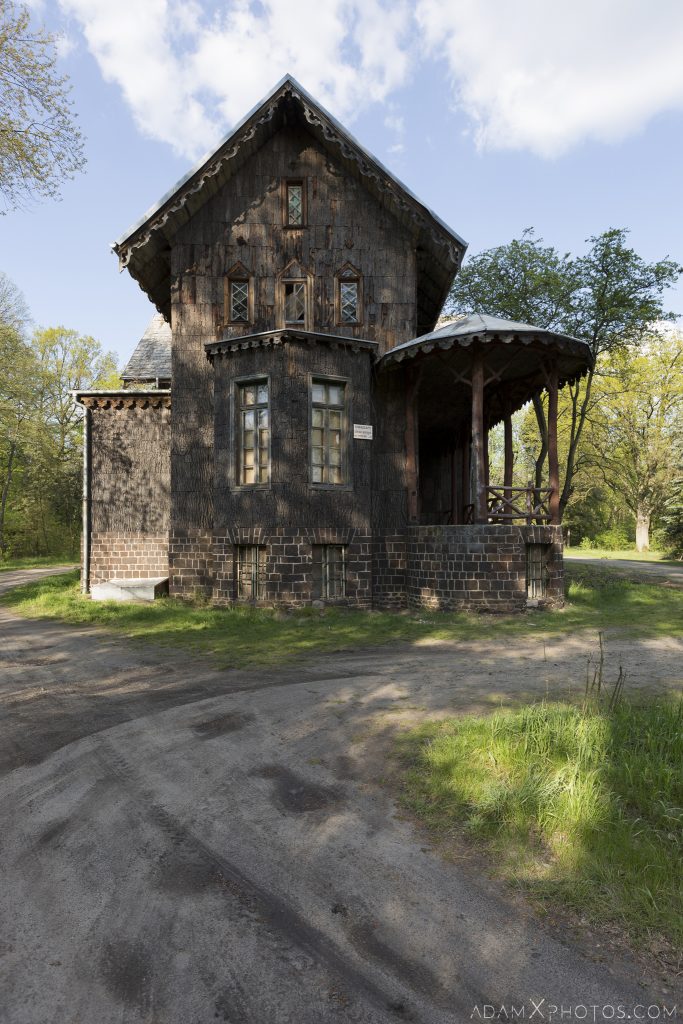 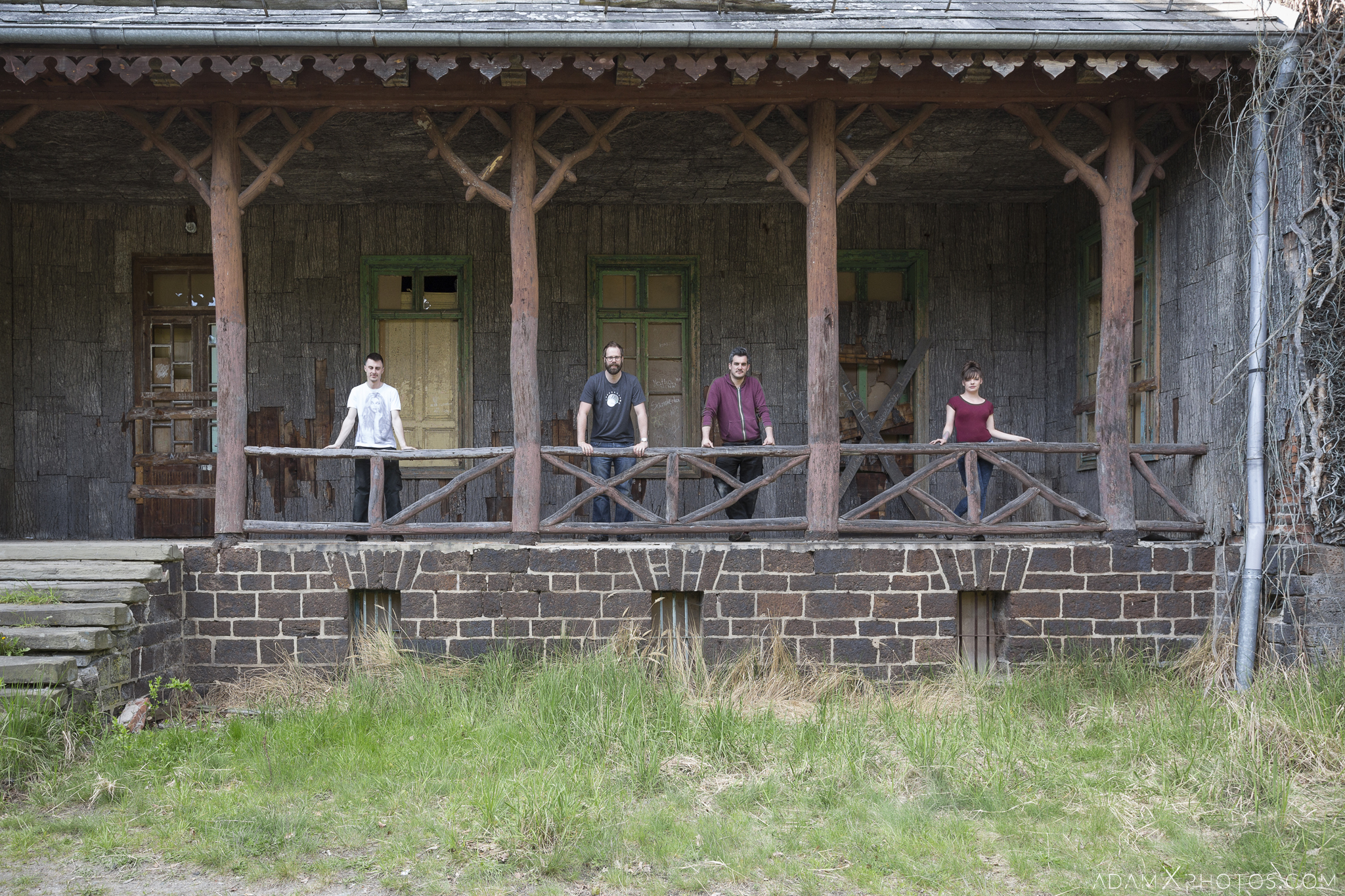