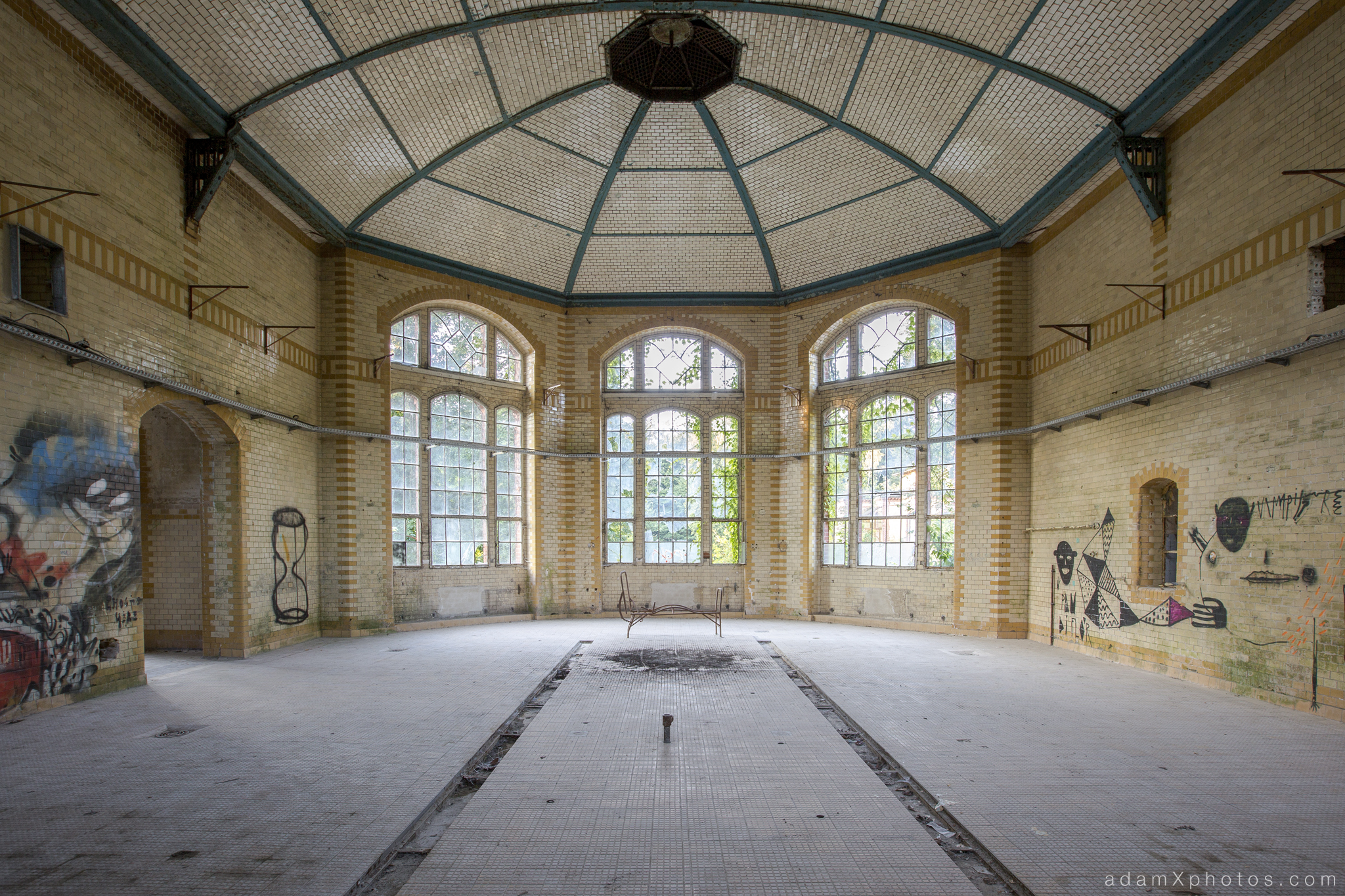 Explores #5 and #7 of the Berlin or Bust Tour

After our morning exploring the Men’s Bathhouse and Sanatorium and a few other buildings, we had a breather, some lunch and energy drinks, and decided to have a look at the Women’s sanatorium buildings on the other side of the road.

As we entered the first building we noticed a couple of other photographers further down one of the corridors. We thought nothing of this, until we turned a corner to be presented by the sight of a fully naked model draped across the parapet of a balcony! Unfortunately James didn’t have his GoPro on at the time, and being decent British gentlemen we gallantly resisted the urge to gawp, immediately made our apologies and moved on… However after a few minutes of shooting James called out to me. He had been collared by one of the photographers, who said that they had all paid to hire the women’s sanatorium for their model shoot for the afternoon, and wanted €25 from each of us if we wanted to stay! Despite the naked model quotient, the building wasn’t as photogenic as the Men’s side and by then we were quite fancying a change of location, so rather than argue the point we decided that we would simply come back the next morning and instead headed off to our next location – an abandoned Soviet flight school, which will I will cover in my next report.

The next morning James and I arrived bright and early, and finished off our tour of the women’s buildings… The ornate ceiling and bay windows of the bath house was a definite highlight. If you like corridors, staircases, and lots of peeling paint then Beelitz is for you… Danke schön for coming by.